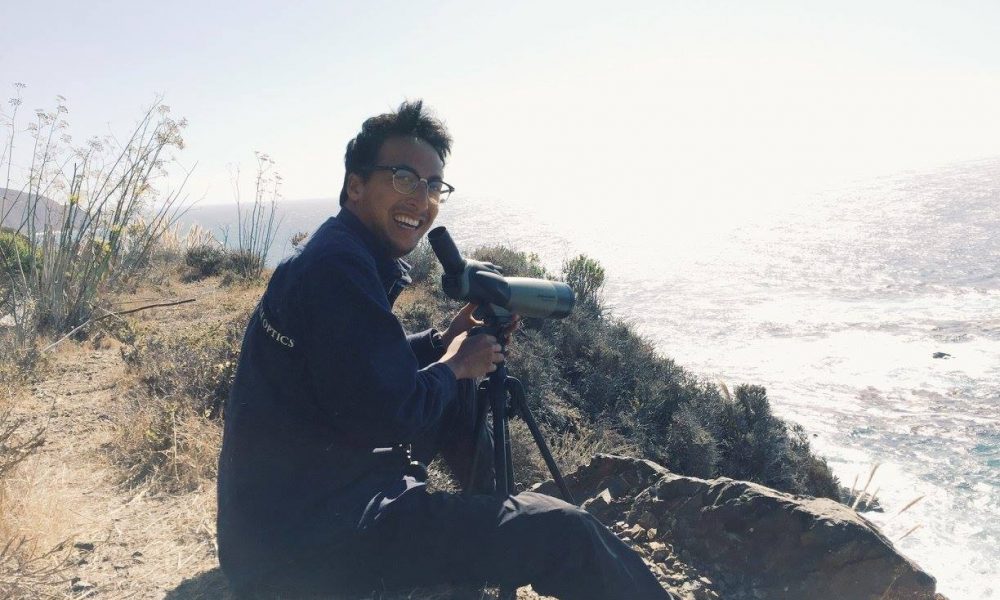 Today we’d like to introduce you to Ryan Q. Tran.

Ryan, can you briefly walk us through your story – how you started and how you got to where you are today.
Well, how I started was my mom met my dad, they dated and after already having two boys, they wanted a daughter but out came me instead. I would often walk naked around the… oh sorry, not THAT far back.

Fast forward to my college days. I went from a Bachelor of Science in Marine Biology to an actor. How did that happen? I graduated from the University of California, Santa Cruz (go banana slugs), but about four months before graduating, I tore my ACL and MCL playing basketball, thus giving up my dream of becoming an NBA bench player. As I was at my mom’s house rehabbing my injured knee, I needed to find an outlet besides Netflix binging and learning magic tricks in front of the mirror.

That’s when I crutched into my first acting class. This also wasn’t a random thing, like I was trying to find my physical therapy office and stumbled into an acting studio instead. No, I always loved creating characters and making people laugh through some kind of performance. So I thought to myself, “Right now is the best time because I can’t apply for any job, and I need something to do, so why not?” It terrified me, but more often than not being terrified is just a precursor for growth. My knee finally healed and I followed another passion of mine and began teaching biology to an awesome group of high schoolers. But as they say in the business, the acting bug caught on and caught on quick. Acting was like the slow growth of a bacterial infection, overtaking my whole body but in the best way possible. I started doing background work for some shows (danced next to Gina Rodriguez in Jane the Virgin!) and movies, and almost nearly got roped into joining a Scientology church…yeah I was that gullible. After that, I went to classes and learned the business and craft of it all.

So that takes me to the present. I have been pursuing this as a way of life for about 3.5 years, and although I want to quit every day of my existence and move to an isolated cabin in The North Cascades growing my own food, acting provides me so much joy and is the one thing I want to master and grow old with.

Overall, has it been relatively smooth? If not, what were some of the struggles along the way?
As Winston Churchill once said, “The pictorial battlefield becomes a sea of mud mercifully veiled by the fog of war.” I have absolutely no idea what that means, but I’m sure it’s applicable to an artists’ struggle.

I have to be completely honest with y’all, I started this for purely selfish reasons. I would be lying to your face if I said I didn’t want to do this for the fame, money, and glory. Those were and still are in a way, enticing factors to me. And I quickly realized that my struggles and anxiety I had were directly related to those “goals” and why I wanted to be an actor. Then I discovered the feeling and the complicated simplicity of being vulnerable, and that is the thing I chase the most now. So has it been smooth? Not at all.

I feel like most of the struggles with an artist’s journey are self-inflicted. What I mean by that is we make up stories in our head, about these external pressures forced on us when the truth is it’s ourselves doing the pressuring. What I mean is, the struggles I deal with are struggles of my own limiting beliefs, what I tell myself I can or cannot do. I am a true believer that happiness derives from an inside-out mentality, that it all starts with self-awareness and mindfulness. So daily struggles of my limiting beliefs, not trusting and loving myself completely are the biggest obstacles I face.

I am very grateful to not have had to struggle financially about paying rent (thanks mom for letting me live at home rent-free), or eating Wonder Bread and jelly for dinner as most actors have. Maybe all those cheesy quotes about the payoff being even better in the end if you’ve struggled mightily are actually true…

We’d love to hear more about your work and what you are currently focused on. What else should we know?
Right now (writing this during the pandemic times and house-sitting for my own house) I am eagerly awaiting the release of the first feature film I was in. The trailer and poster for that should be out soon so I am very excited to share that with the world. I am also waiting for the release of a short film that really challenged my abilities and something I learned a great deal from. I also have a Choice Hotels commercial that is periodically playing on national TV.

Since nothing can be shot right now, albeit a few in-home commercials, I am using this time to really hone on the craft side of acting. It’s often said that a successful actor has to master two sides of the acting coin; the business side and the craft side. My business materials I feel confident in, so I’m using this time to delve into the Warner Loughlin Technique and perfecting my self-tapes. There has also been a huge influx of open calls from generous casting directors so that thankfully keeps me busy.

For people who aren’t in this industry, the best analogy to understand what actors go through is understanding an athlete’s journey. Like them, we have to work out our (acting) muscles so they stay sharp and ready to use whenever. We are disciplined in our craft and much like a hopeful basketball player wanting to reach the NBA, we go through ‘tryouts’ very often, usually more rejections than acceptances. What you see on TV, whether it be professional actors or professional athletes, the amount of hours behind the scenes that were practiced to get to that point is often overlooked. That’s why I hate the notion of “overnight stars” because although they might’ve only been seen in one new show, I’m willing to bet my life savings of $103.52 that they sacrificed an incredible amount of hours of practice to get to that point. Steph Curry makes his jumper look flawless, almost like he was born with his shooting form, but again, I’m willing to bet my life savings that he practiced that jump shot more than anyone in this world. The same can be said of superb acting you see on TV or in the movies.

Any shoutouts? Who else deserves credit in this story – who has played a meaningful role?
I will try to remember everyone who’s had an impact on me and my acting journey one way or another. If I forget anyone, I promise I won’t when I make my Razzy award speech. This is in no particular order of importance.

Sonya Cooke – my first acting teacher and mentor. She helped me first develop a love for the craft and that will never go underappreciated.

Jodie Bentley – the business and marketing guru and mentor that’s helped me change my mindset on how to sell myself and really own my essence and energy. Jodie has really helped me gain confidence in who I am.

My mother, father, and two brothers, amongst other family members – it’s hard sometimes for family members to truly understand why anyone would choose acting. And who could blame them? According to a study, only 2% of actors make a living from the profession. So to my family who knows those nearly impossible odds, and still supports me through all of this.

All my acting friends who are in the trenches with me, struggling, faced with daily rejection, and still have the time to check up on me, I truly wish success for each one of them.

Jasmine Ayoubi – my girlfriend and number one fan.

So many people have influenced my life and career, and I am truly, truly grateful for each one of them. 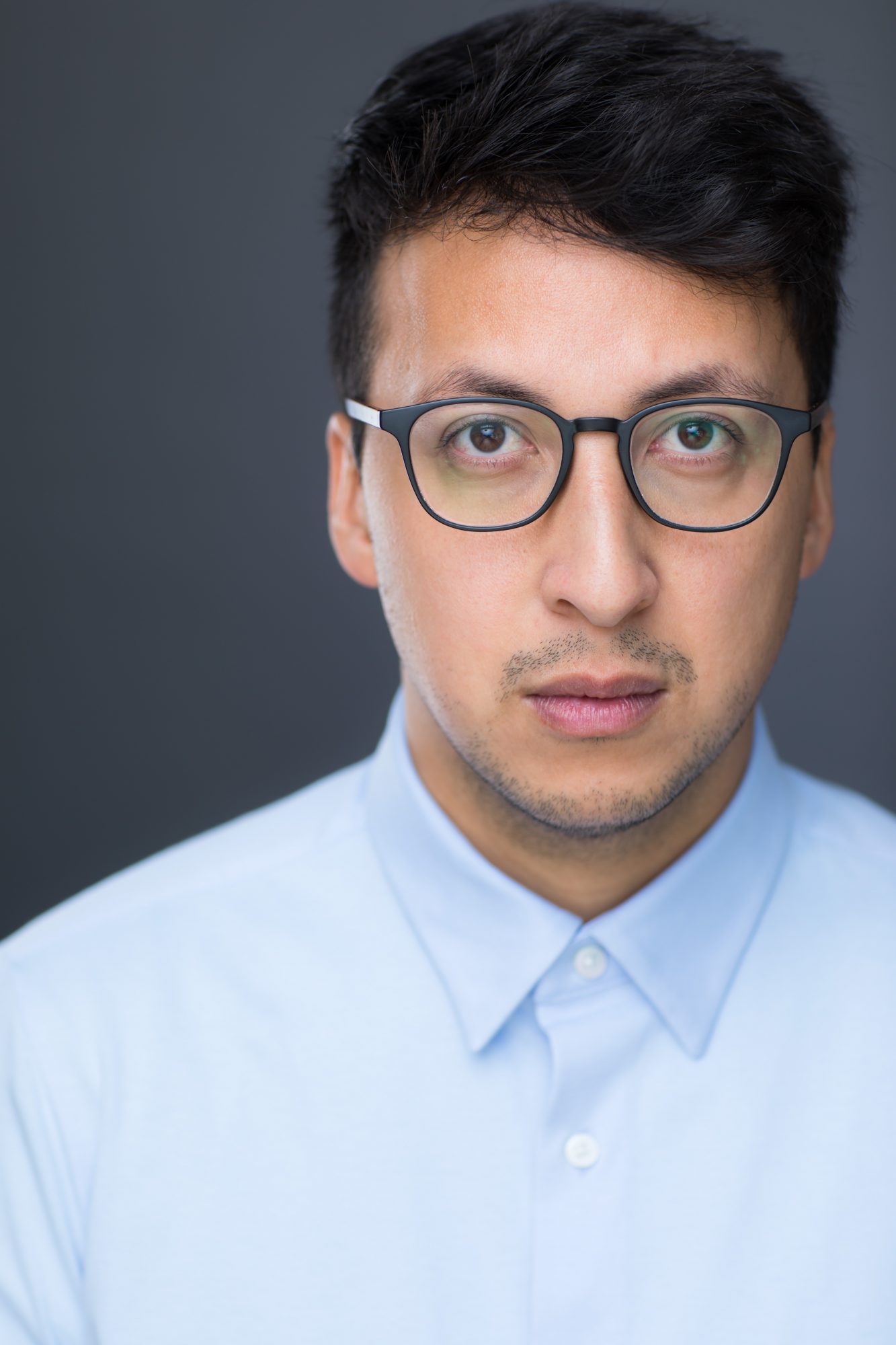 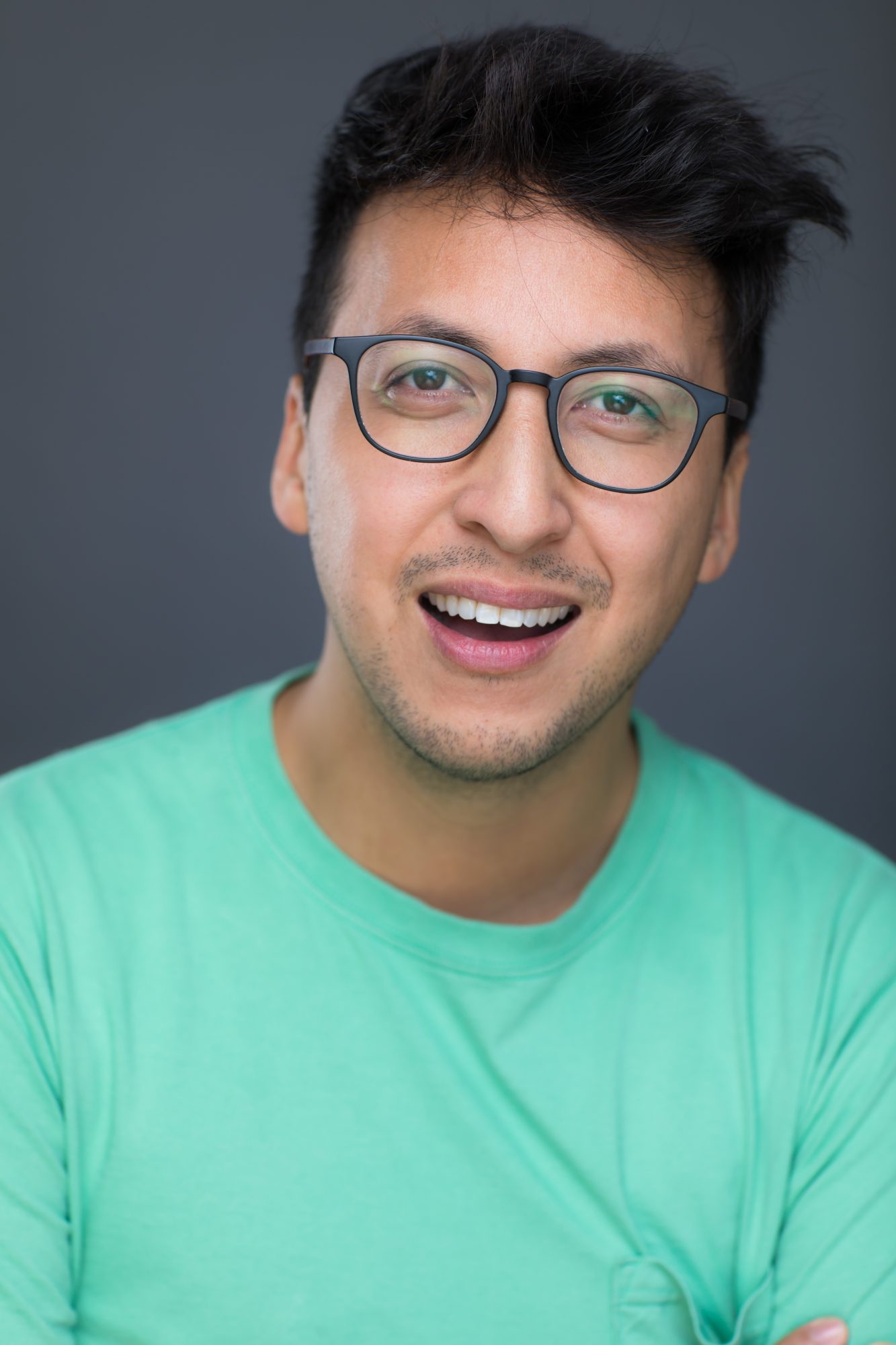 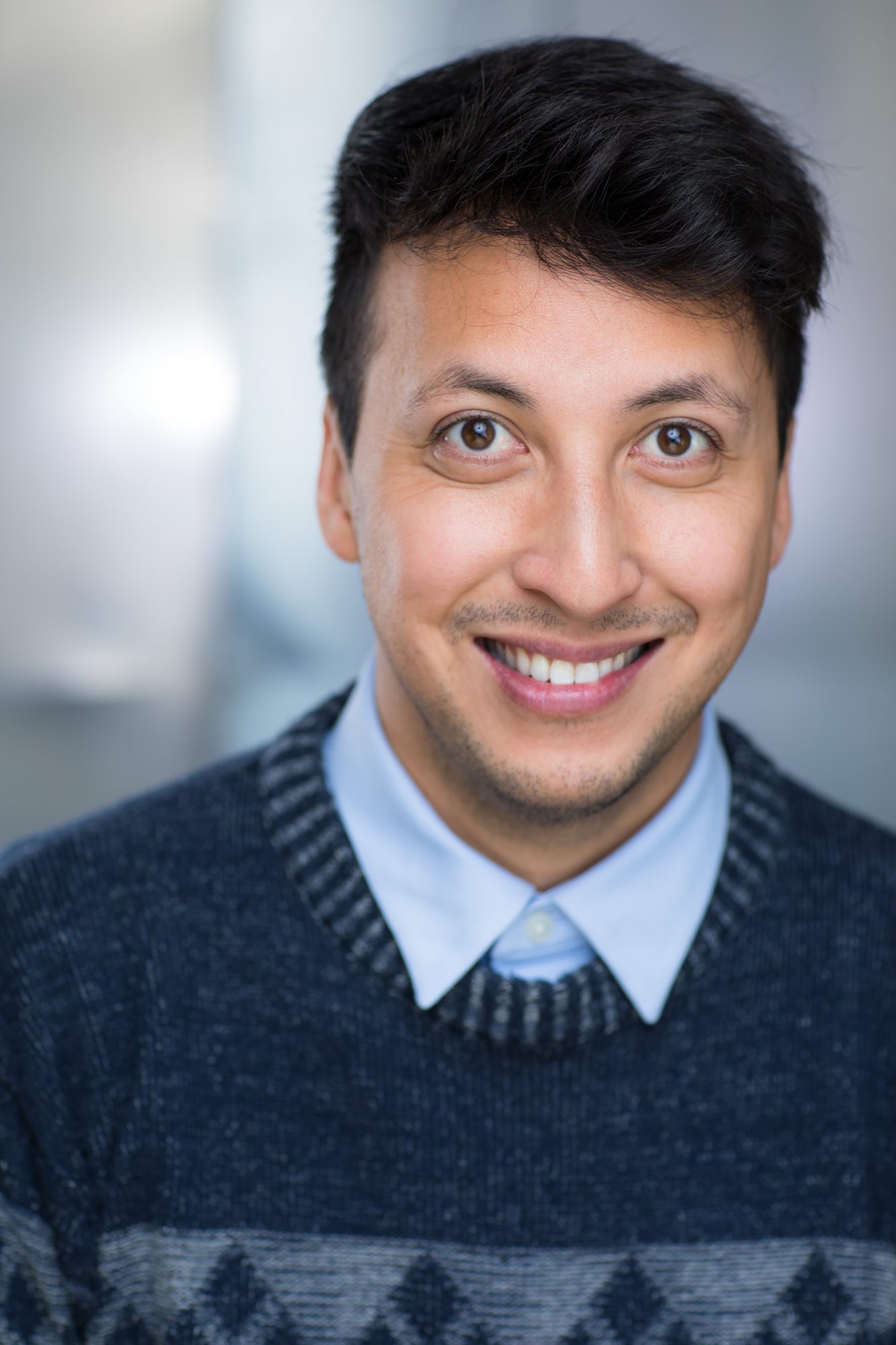 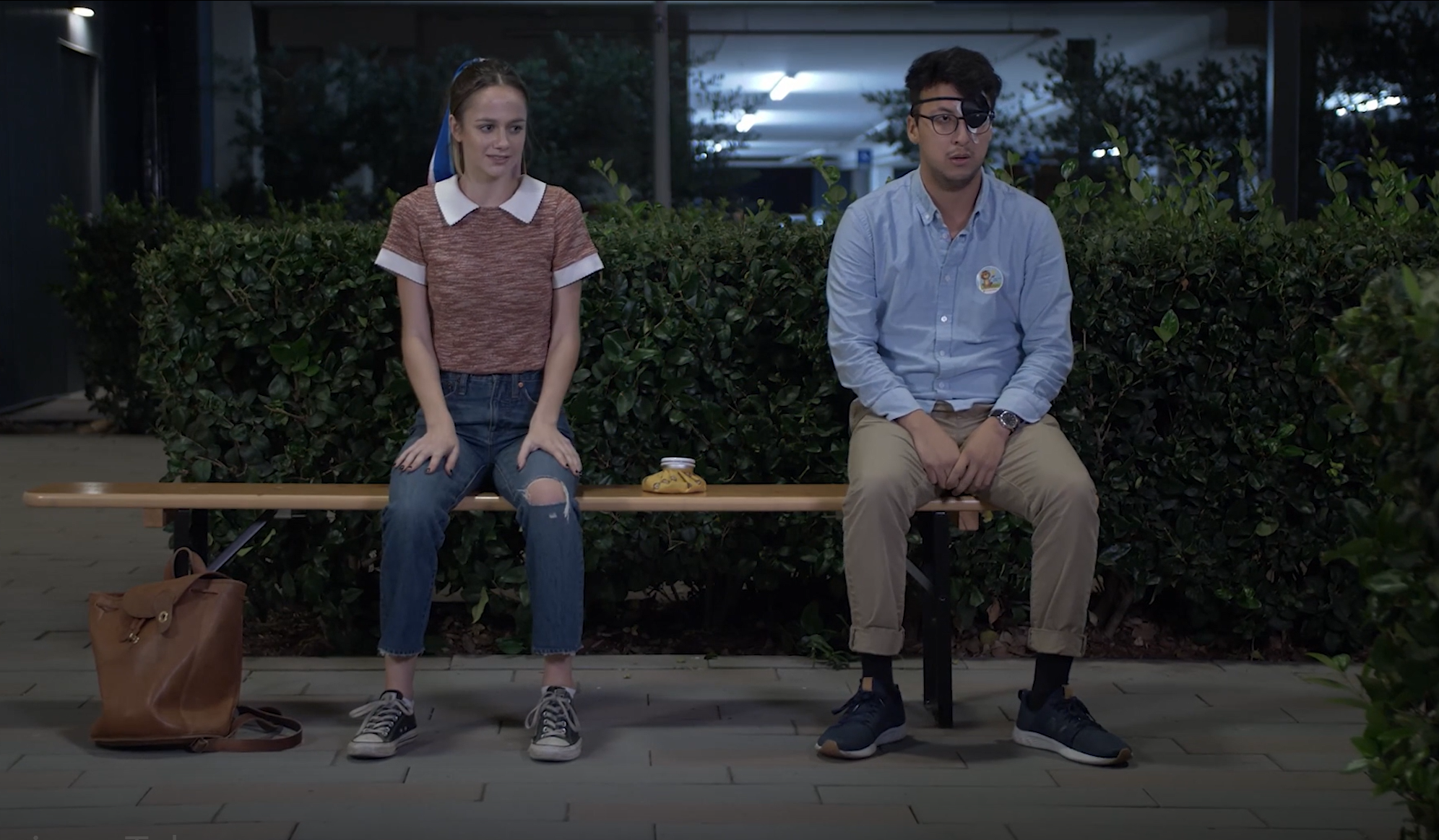