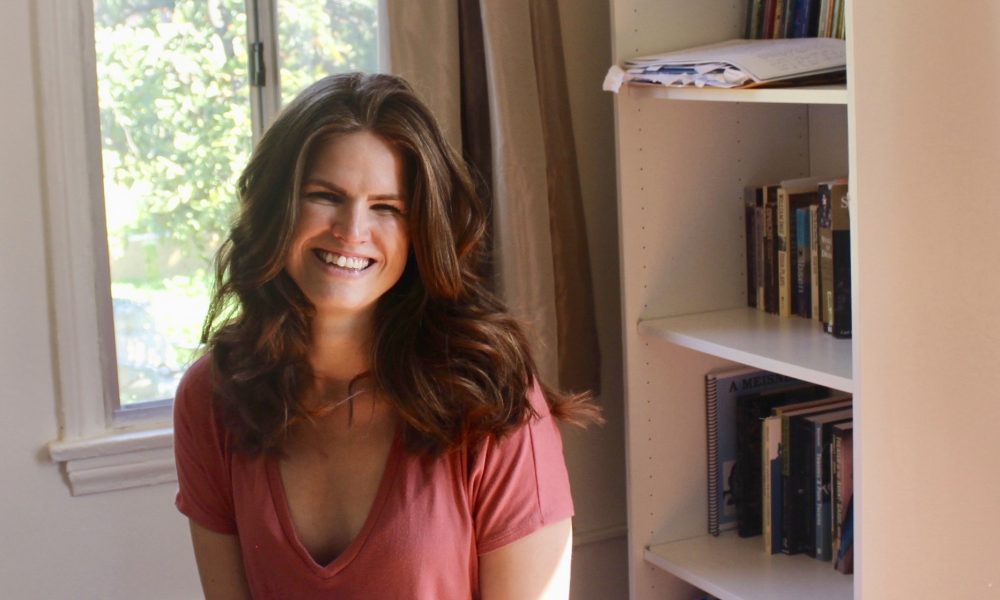 Today we’d like to introduce you to Ryan O’Shea.

So, before we jump into specific questions about the business, why don’t you give us some details about you and your story.
The short version is that I started out as an actor and while pursuing my MFA in Acting at Florida Atlantic University, I was introduced to Fitzmaurice Voicework and decided that I’d like to teach voice to other actors once I finished my degree.

Here’s the longer version. Once I finished my MFA, I started looking at the Fitzmaurice Voicework Teacher Certification. At the time, I was living in Indianapolis, having just moved back to Indiana from Florida. I had just moved in with my boyfriend of 4+ years and assumed that my life would include starting a family in Indiana and maybe getting a Professor gig if I was lucky. The teacher certification felt like a smart career move, so I contacted Catherine Fitzmaurice (the creator of Fitzmaurice Voicework). Catherine recommended that I take a weekend workshop with one of the Master Teachers of Fitzmaurice Voicework, Saul Kotzubei. Saul is a voice coach in Los Angeles, so I made plans to fly out for a weekend of what I assumed would be a review of what I already knew. Spoiler alert: I was wrong.

One of the first things Saul said was that we should listen to our own sense of wanting and only act on what we wanted to do for that weekend. That meant that we only participated in exercises when we felt like it, which was very powerful for a people pleaser like myself. That encouragement also awakened a larger curiosity about what I wanted my life to look like. I realized that so many of my decisions had been based on what I thought I should do, rather than what I wanted to do. It was also really the beginning of my metaphorically finding my voice, and the realization that voice work isn’t just about teaching people *how* to speak, but helping them find a connection to *what* they want to say. This still drives my teaching today.

A few months later I broke up with my boyfriend and lived by myself for the first time in my life. I spent the following two summers in London in the first European Fitzmaurice Voicework Teacher Certification. And the summer after that, I moved to Los Angeles to pursue my teaching and acting career. I worked for Saul and Catherine for the first two years that I lived in LA,and both mentored me in my teaching practice (and helped keep me sane when I got the LA “welcomes” of parking tickets and getting my car towed). And that basically brings us to today. Now, I teach at two acting schools and have my own weekly voice classes and private coaching practice.

Great, so let’s dig a little deeper into the story – has it been an easy path overall and if not, what were the challenges you’ve had to overcome?
Once I decided that I wanted to move to LA, everything surrounding my coaching career seemed to fall into place, so there was never any doubt that I’d made the right decision. I really, truly believe that if you’re clear on your goals, then every decision you make is easy. Each opportunity either supports your goals or it doesn’t. You take the opportunities that do and then, more opportunities present themselves. Luck is a factor, but so is faith and commitment. Getting my car towed two months after the move was definitely a moment of questioning things, but otherwise, the road was pretty smooth.

Please tell us about Voice and Speech Coaching with Ryan O’Shea.
I’m a voice and speech coach. I teach two weekly voice classes that are rooted in a type of voice technique called Fitzmaurice Voicework. My weekly voice classes are for actors; we work on some basic areas of actor voice training including working through a warm-up, connecting impulses to text, supporting the voice, finding greater presence, and more. A few times a year, I teach workshops in Fitzmaurice Voicework, and those are open to non-performers as well. I also privately coach clients out of my studio in Mid-City. Some of my clients are actors preparing for an audition or role and some are working in the professional world looking for more confidence in their communication. Sometimes I teach voice, sometimes it’s accent coaching, sometimes it’s public speaking and often it’s a combination.

I’m not sure what sets me apart from other voice and speech coaches, other than the fact that all coaches (and humans in general) are unique in our own way. I think that finding the right coach is a little like dating. The person you’re meeting can be great, but you have to be compatible. I know I’m a great teacher, but that doesn’t mean I’m a good fit for everyone.

My most proud moments as a coach are when clients make unexpected discoveries about their voice and are able to express themselves in circumstances that would have overwhelmed them in the past. This might be nailing an audition or speech, or it might be totally unrelated to what we’ve been working on. About a year ago, I was working with an actress on her voice. A few months into our working together, one of her family members passed away and she was speaking at the funeral. When she got up to speak, she was feeling overwhelmed by her grief and nerves, and she was surprised to find that the tools we’d worked on for helping her in her performance were also what grounded her in her moment of grief and helped her connect to her speech. I still smile remembering her telling me about that discovery.

Do you look back particularly fondly on any memories from childhood?
I think all of my favorite memories are connected to being a drama kid. Performing in shows when I was young, seeing Broadway touring productions, singing in my best friends’ cars when I was in high school. 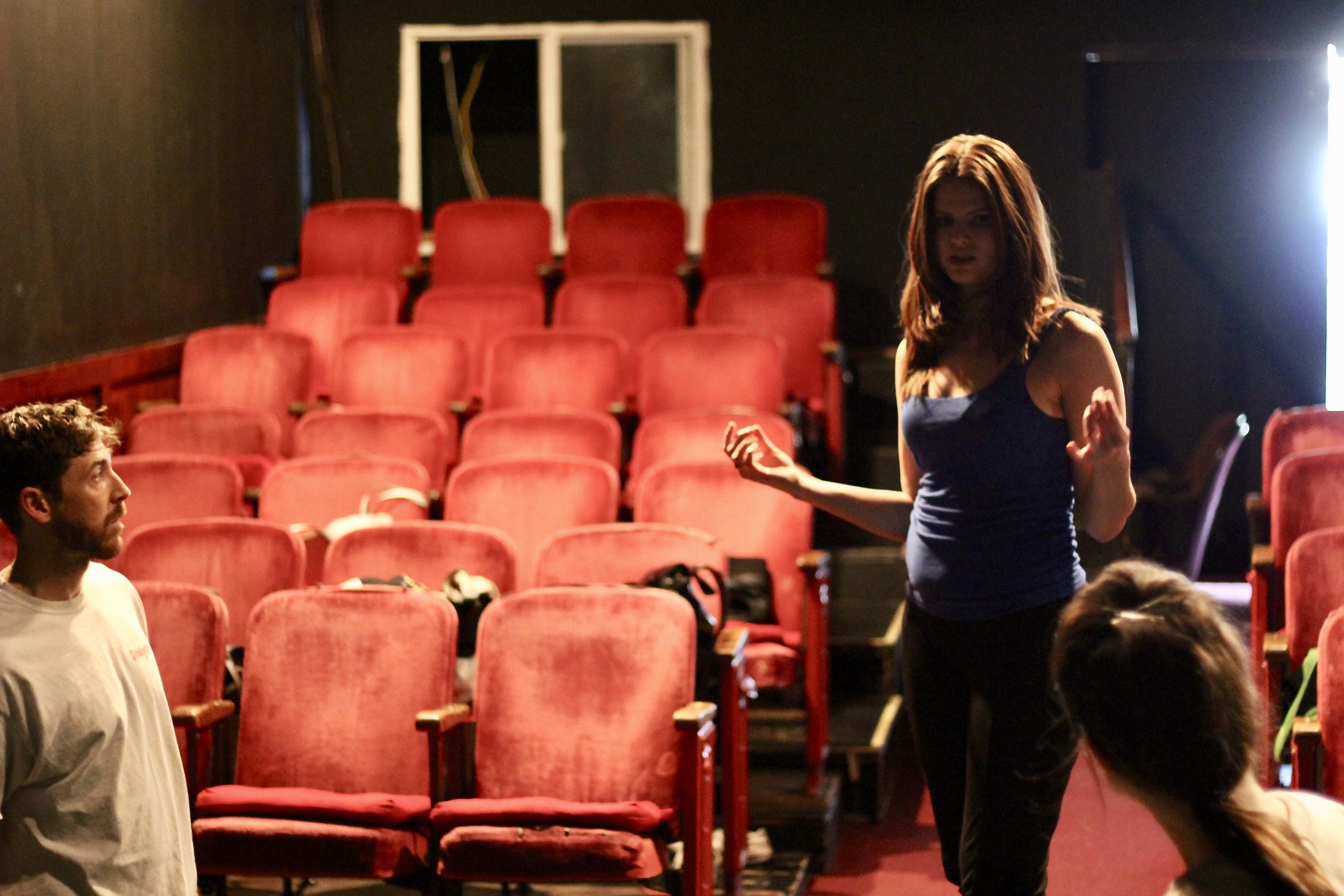 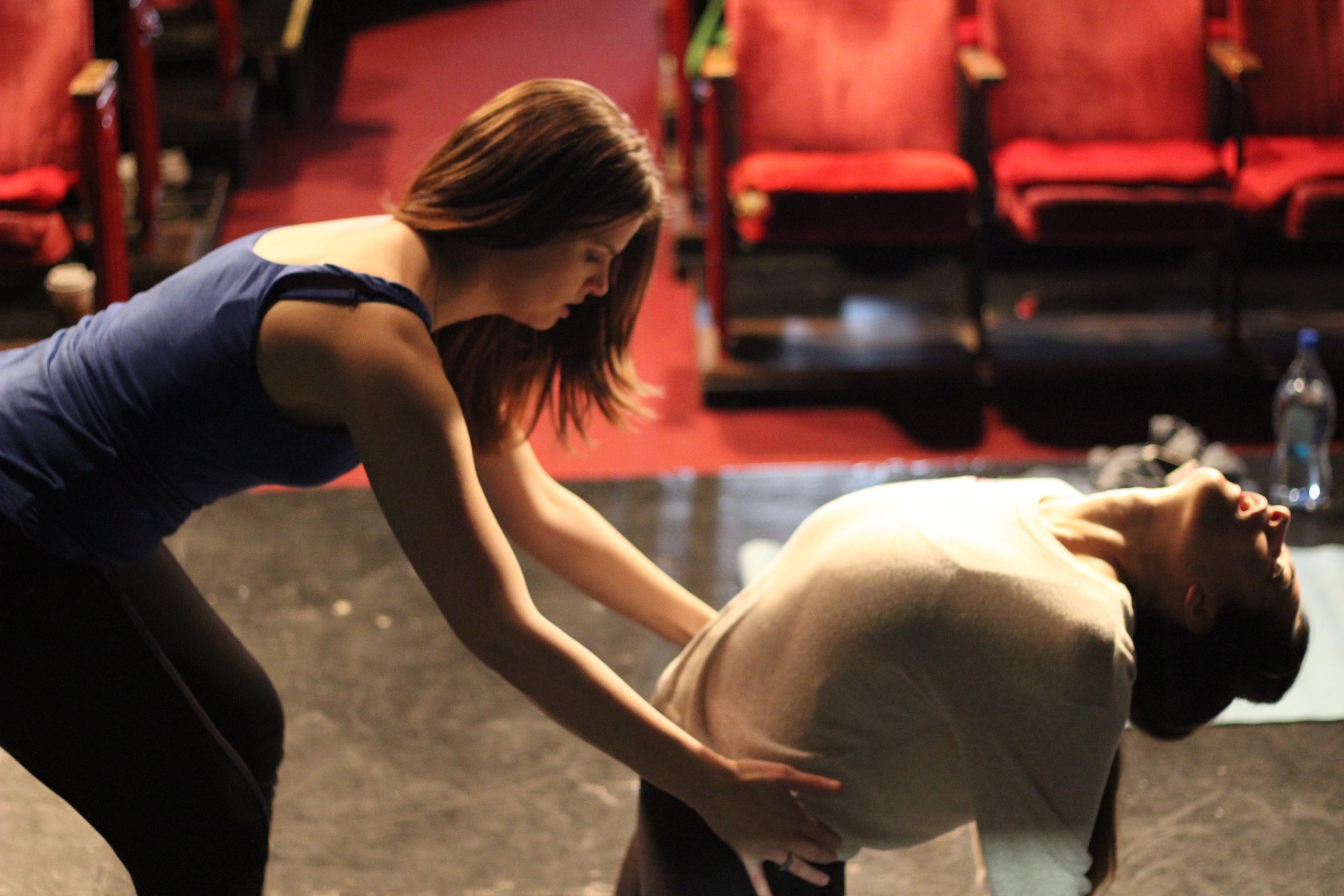 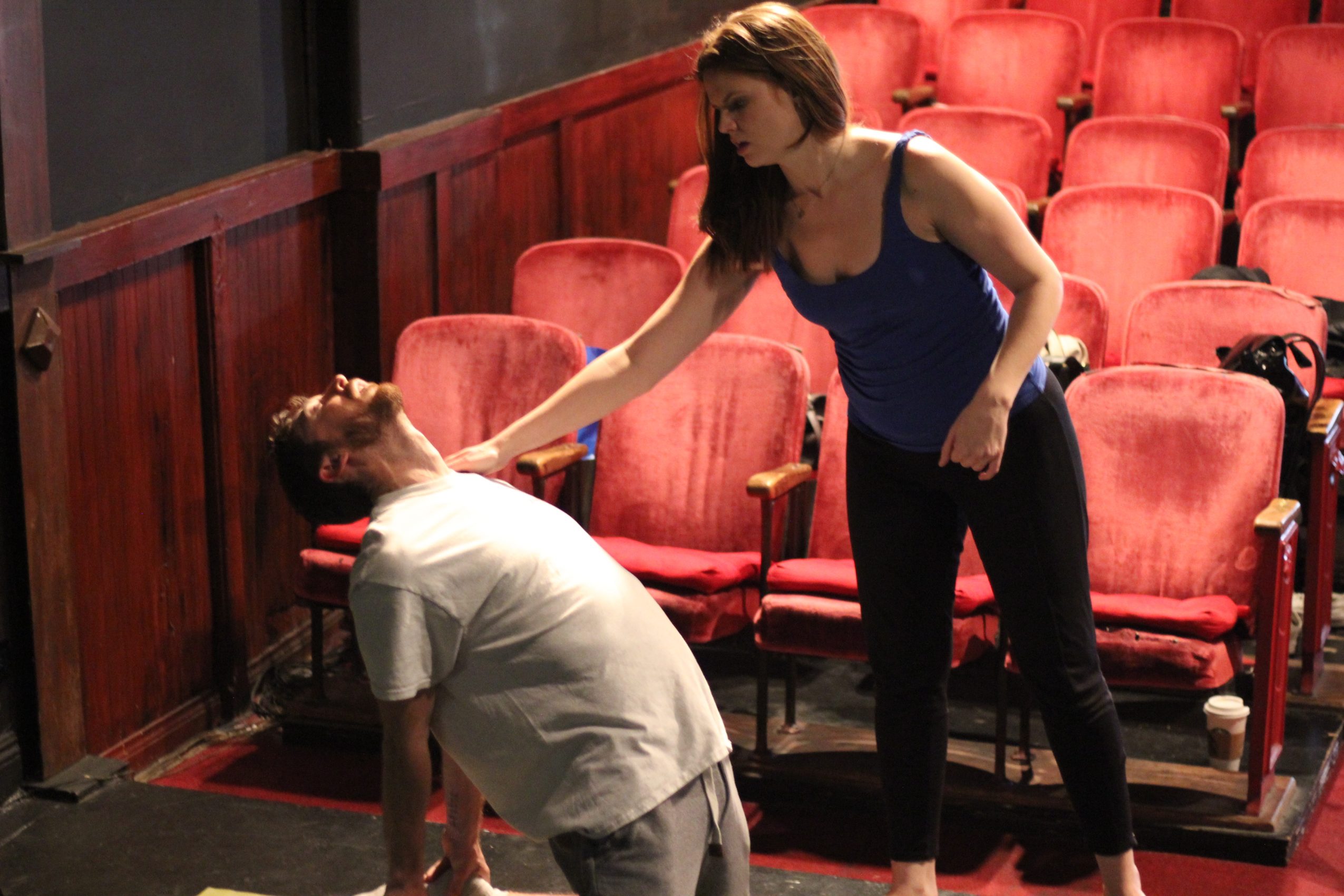 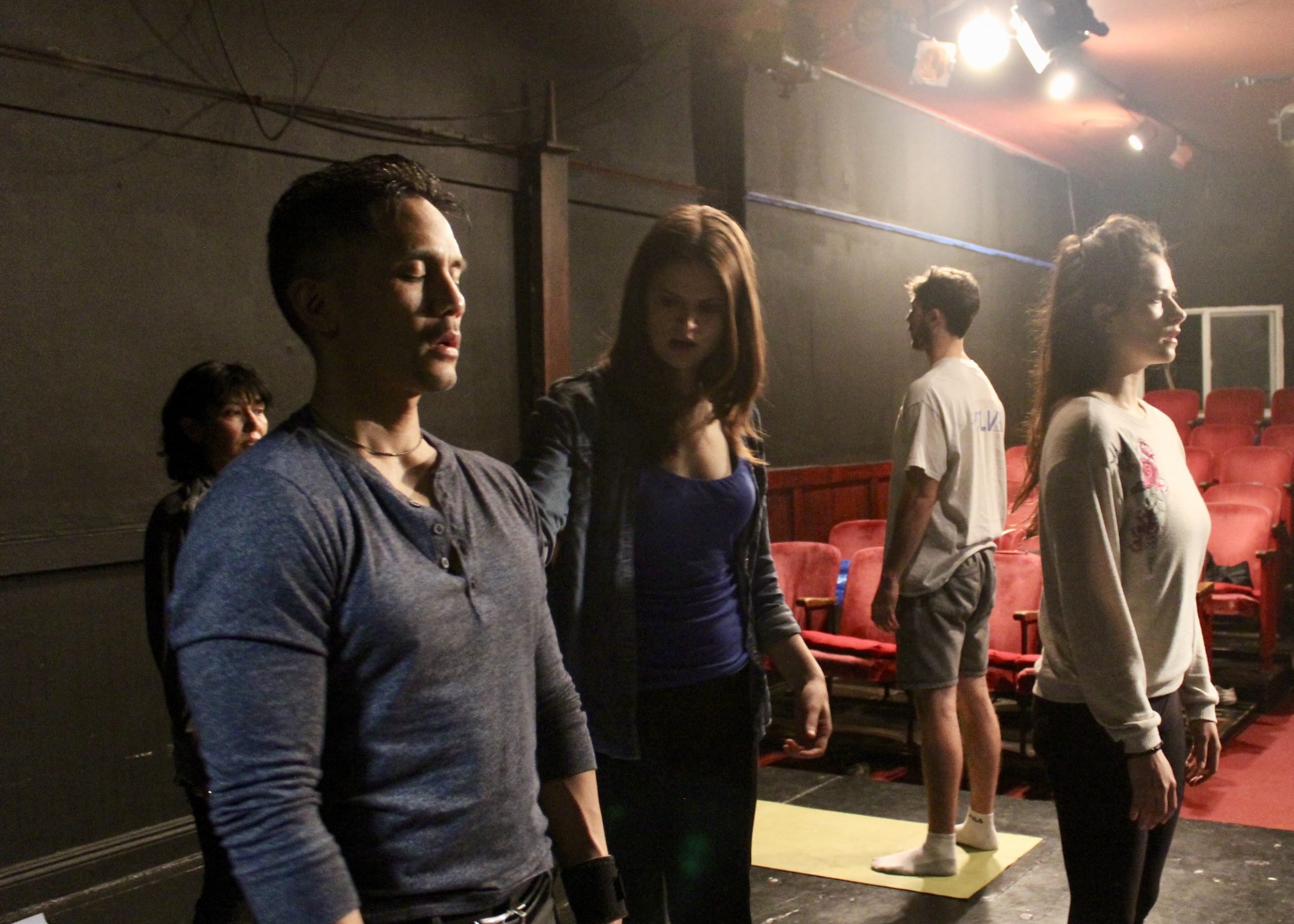