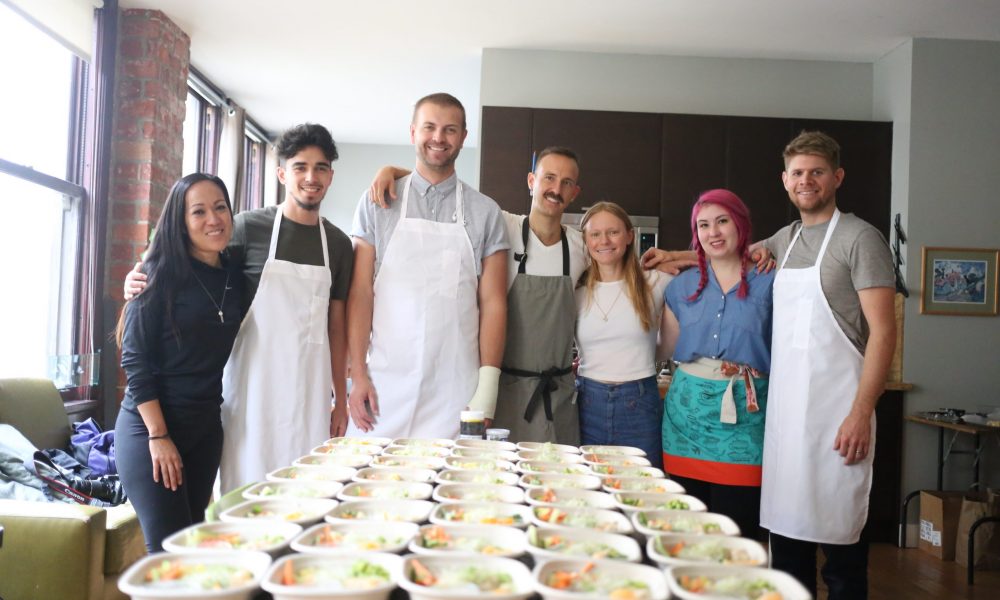 Today we’d like to introduce you to Ryan Matteson.

Ryan, let’s start with your story. We’d love to hear how you got started and how the journey has been so far.
So, I run a food company that makes (first) tasty and (second) healthy meals here in downtown Los Angeles. Although I’m continually learning how much I harm my own body with my food choices, the first major realization happened when I moved to California from the Midwest in 2010. My new (at the time) bride and I were headed to SoCal from Louisville, Kentucky so that she should could enroll in acting school.

Both of us didn’t care so much about eating good, nutrient-rich foods at the time but some of our new LA friends told us of a service that delivered them fruits and vegetables harvested directly from local farms. My wife, Marci (who is now a full-time actor!) had always been drawn towards eating and cooking farm-to-table – and it looked economical, so we jumped in.

After eating the weekly goods from our “CSA” and living in Ktown, we found ourselves moving in to our first home in a beautiful and supremely underpriced loft in the Historic Core. It was 2012 and at the time, there was only one Supermarket in downtown – Ralphs in Southpark. It lost my job unexpectedly and soon realized this was an opportunity to create my own business that jived with my passions perfectly. And eating better foods was really becoming important to us.

I liked our CSA delivery company but besides the produce, the reset of the service seemed very generation X. I thought I could deliver a better customer experience with the farm-to-fridge concept, and so I made that my focus. 2013 became the Matteson’s year of Airbnb and unemployment checks and I learned as much as possible about building a startup. I went to a ton of entrepreneur mixers and meetups, and honestly during that year I was basically waiting for someone to tell me that starting a food delivery business without any experience in food or delivery logistics was a very bad idea. No one explicitly told me this so…

We launched my CSA, KaleCart, in 2013 as a hyper-local, bicycle delivery-only CSA in downtown LA and had 3 wonderful years exclusively serving DTLA. In that last year running the CSA, an amazing vegan chef, and also a friend of mine mentioned that I should consider making prepared meals with the amazing quality of produce we were already working with. I was just feeling comfortable with wholesaling our weekly deliveries but her suggestion was enough for me to test this idea.

We ran a 3 month pilot by making a rotation of five delicious Vegan meals each Thursday and selling them one-by-one in the main fashion district buildings. Surprisingly, it only took a few weeks before we were selling out easily. Unfortunately, I didn’t see this as a smart pivot at the time and it took another half of a year before I realized that less labor and better margins was a good shift for the company.

Since resurrecting the weekly vegan lunch idea into full-fledged product at the beginning of the year, we’ve branded ourselves as the Sexy Lunch Club. We have benefited from renting kitchen space from my DTLA restaurant-owner friends as we’ve grown as well.

Naturally, most of our revenue now comes through office/corporate catering because of our super fans, but sexy Thursdays still remain our favorite day. And very recently, our team has been able to utilize our awesome historic building to host private, pop-up dinners each month.

So stoked to have this opportunity and hope to do it much longer!

Great, so let’s dig a little deeper into the story – has it been an easy path overall and if not, what were the challenges you’ve had to overcome?
Nope. To begin, the food business is hard because of low margins. Whah wah. Also, I believe in making the strongest connection with our customers and to me, this entails executing home delivery.

Besides these industry challenges, I have been leading as a solo-founder since inception – this is challenging. And as a very social, extroverted fella, I sometimes think I’d benefit big-time having a compadre in the fight alongside me.

Sexy Lunch Club – what should we know? What do you guys do best? What sets you apart from the competition?
The Sexy Lunch Club is a weekly (Thursday) lunch delivery service. Sign up and we’ll deliver you a yummy plant-based meal as long as you’re in DTLA.

Our meals are so bomb and we don’t advertise them as vegan because of the protein-weak, inferior-tasting stigma that is has. Each morning begins with fresh, organic ingredients and deliver our “from scratch” meals with the best sauces you’ve ever had – which are also made from scratch that day. I’m very proud that we don’t waiver in our food standards. It’s crazy to see how quickly the entire food system in America compromised health for profits in only 50 years.

What moment in your career do you look back most fondly on?
I was just accepted into a residency program for downtown startups. We’ll begin our placement in October! I love supporting and encouraging our very special DTLA eco-system. Both for growth and for out startup scene. 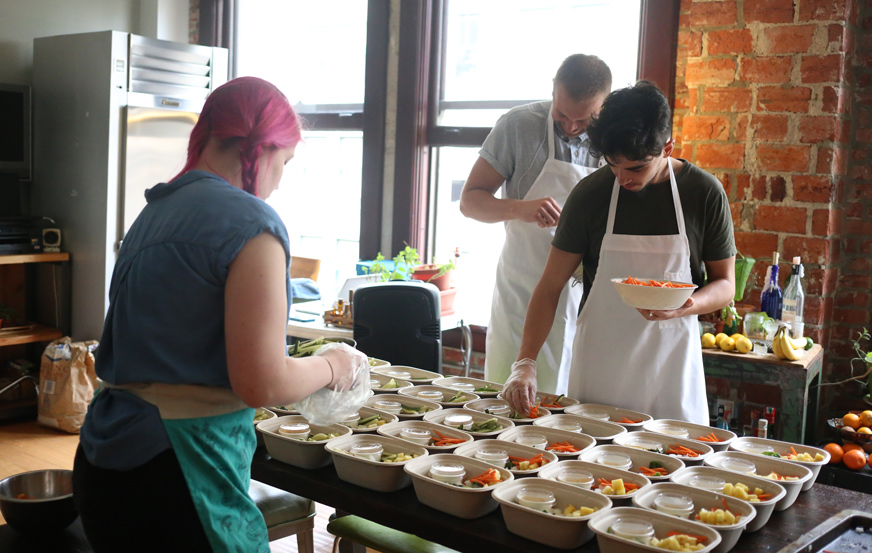