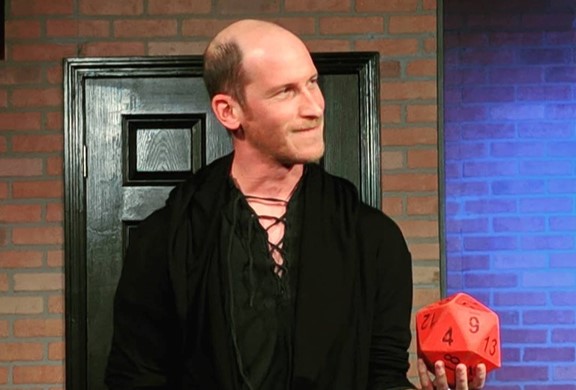 Today we’d like to introduce you to Russ Gooberman.

Russ, let’s start with your story. We’d love to hear how you got started and how the journey has been so far.
I moved to LA after a brief stint at BU Law in Boston. The 9/11 attacks happened during my first week as a Freshman, and driving home along the turnpike, with F-16s scrambling overhead, I decided there might not be time to waste pursuing my dream to be a comedian.

I subsequently dropped out of BU, moved to LA with my college girlfriend and began the work of wasting time, anyway.

I took jobs as a grant-writer for an LA enviro non-profit, as a salesman for a conservative investment newspaper, and as a video DJ for a new media startup.

I was doing stand up 2-3 times a week, but would routinely get tired of listening to my own material, and just start doing crowd work, or making fun of the other comics — my impromptu stuff nearly always did better than my prepared stuff.

During my dabbling as a stand-up, I briefly partnered up with French comedian/ actor Arnaud Collery and helped him to write the material that got him into the Quarterfinals on Last Comic Standing.

I also had been doing a comedy podcast with two old friends of mine from my college debate team (called The Mep Report). We attempted to promote the show with some Web 1.0 video content on a burgeoning YouTube. Our video montages memorialized fairly random events like the terror hoax in Boston from a guerrilla Adult Swim marketing campaign for the show Aqua Teen Hunger Force, and other, actual events, like the death of our favored author, Kurt Vonnegut.

These videos got hundreds of thousands of views (a lot at the time) and were featured in Gawker, Sports Illustrated and the Boston Globe. They also got the attention of BoingBoing, a monster in the Web 1.0 pop culture space. I went to work for them as a segment producer of their new variety show BoingBoingTV. Actually, I was hired as an intern, and the resident segment producer quit on my second day of the job. They hired me on full-time.

With that small crack team, headed by tech journalist Xeni Jardin, we produced 5-7 shorts a week on international news, pop culture memes and sketch comedy. It was an amazing opportunity to create and learn constantly.

With zero-knowledge/ experience, I produced/ wrote a stop-motion cartoon about a superhero who was a taxedermied, cybernetic beaver, known as Compubeaver. It was universally hated. I also produced a short series of overly dramatic readings of spam emails called SpamMasterpiece Theater — hosted by John Hodgeman. We also aired a series of dramatic two-person scenes set to vintage video game footage, called 8-bit Theater.

I would find myself at the houses of pop artist Tim Biskup, or Simpsons director David Silverman as a cameraman/producer/fly on the wall. Neil Gaiman would walk into the studio. ‘Who is Neil Gaiman and why is everyone treating him like a big deal?’ I would say to myself.

I feel like I didn’t appreciate the BoingBoingTV whirlwind until years after actually doing the job — going back and figuring out who all of these luminaries were that allowed me to eat a turkey sandwich on their floor while interviewing with Xeni.

After the BBTV gig ended. I moved back to NY shortly, to spend time with family. I was spending a lot of time on self-improvement — so I bought a shabby stand-up piano at GoodWill and lugged it into my aunt’s Kips Bay apartment. I also took Iyengar Yoga and returned to comedy via an improv class at Magnet Theater in Chelsea. The class (taught by Rick Andrews) gave me a lot of what was missing in my half-focused stand up. I found the magic in the uncertainty of the moment.

Winter came in NY and it started feeling a bit like a Siberian prison. I returned to LA with a new determination to pursue improv. I went through the program at IO West – and haven’t stopped performing since.

Overall, has it been relatively smooth? If not, what were some of the struggles along the way?
When my college girlfriend and I broke up — she had movers remove all of (her family’s) furniture in our shared apartment. I returned to this husk of a living space — and knew that nothing was tying me to Los Angeles anymore. I had to decide whether to reinvest in my life here or leave. I slept on the floor in a sleeping bag that night and nearly gave up on the city.

Since finding my place in the performance community, two close friends and teammates passed away suddenly. Billy Spindler, who invited me to the first improv team I was ever on, died shortly after having a stroke during a game of Mind Meld in a rehearsal at his apartment. That was certainly a dark time. Gian Molina, who founded the Harry Potter Improv team I currently produce with my wife (The Show That Shall Not Be Named) passed away in 2016 after dealing with health problems for years. These two deaths happened to two of the most generous people I have met in the city. Generous with their time, their encouragement and their inclusion of me in their projects. I try to emulate those two whenever I can — and carry their work forward.

The Show That Shall Not Be Named/ Drunkards & Dragons – what should we know? What do you do best? What sets you apart from others?
I’ve become known as a primary “genre improv’ guy in the city. I co-produce a Harry Potter-themed troupe called The Show That Shall Not Be Named with my wife, Stephanie Pressman. I’ve also been on a D&D themed troupe called Drunkards & Dragons — the oldest LA-based genre improv team, for years and years.

More often than not, I’m doing improv in capes, cloaks, school ties and fake boots, rather than the Chuck Taylors and plaid shirts common to most local improvisers.

The Harry Potter team has had some amazing gigs, including hosting/ producing a Harry Potter Night at downtown’s The Last Bookstore, that drew tweets from the mayor and 2,000+ attendees (only 700 got inside). We’ve also performed at The Grove’s Barnes & Noble, during the release of The Cursed Child and on the main stage of LA Comic Con downtown.

I also enjoy pioneering improv shows in venues that don’t classically accept improvisers. This includes Pico’s Comedy Union, Skiptown Playhouse in East Hollywood and Flapper’s Comedy Club in Downtown Burbank. Basically, if there’s a stage, and at least three people, I’ll do make-em-ups on it.

What is “success” or “successful” for you?
I really don’t define success. I rarely set goals. I’m fundamentally a Taoist. And if you work too hard at being a Taoist, you’re doing it wrong. Success lies in finding the path where you fit snugly into the world with the least resistance.

The closest thing to having happiness as a goal is best defined by Robert A Heinlein:

“Happiness lies in being privileged to work hard for long hours in doing whatever you think is worth doing. One man may find happiness in supporting a wife and children. Another may find it in robbing banks. Still, another may labor mightily for years in pursuing pure research with no discernible result. Note the individual and subjective nature of each case. No two are alike and there is no reason to expect them to be.” 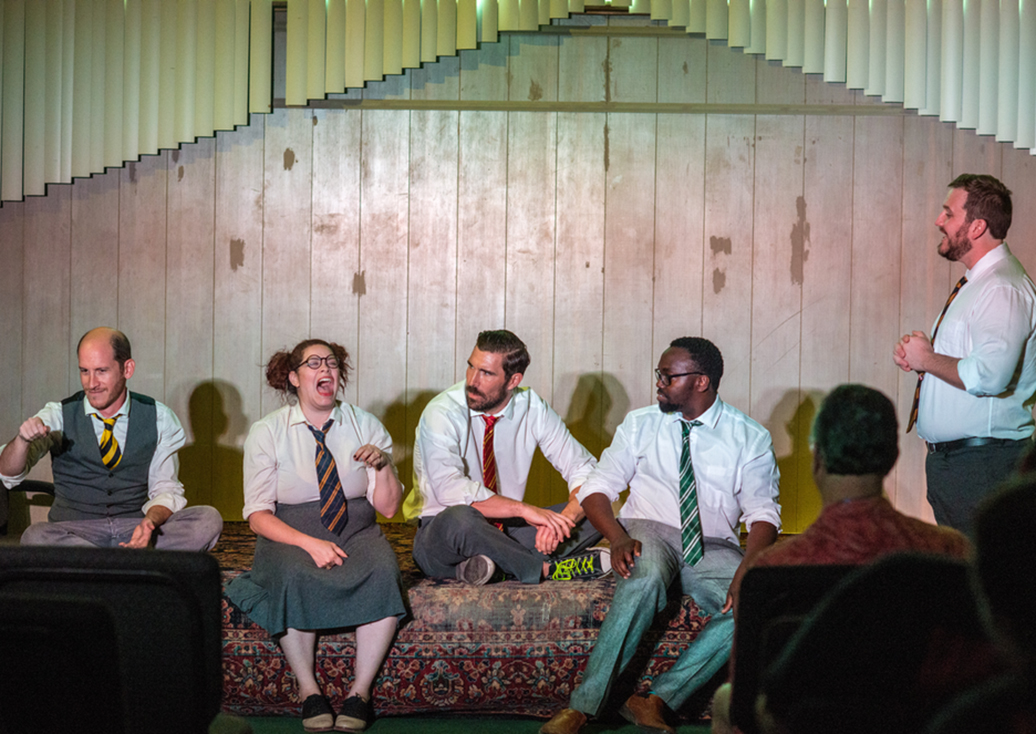 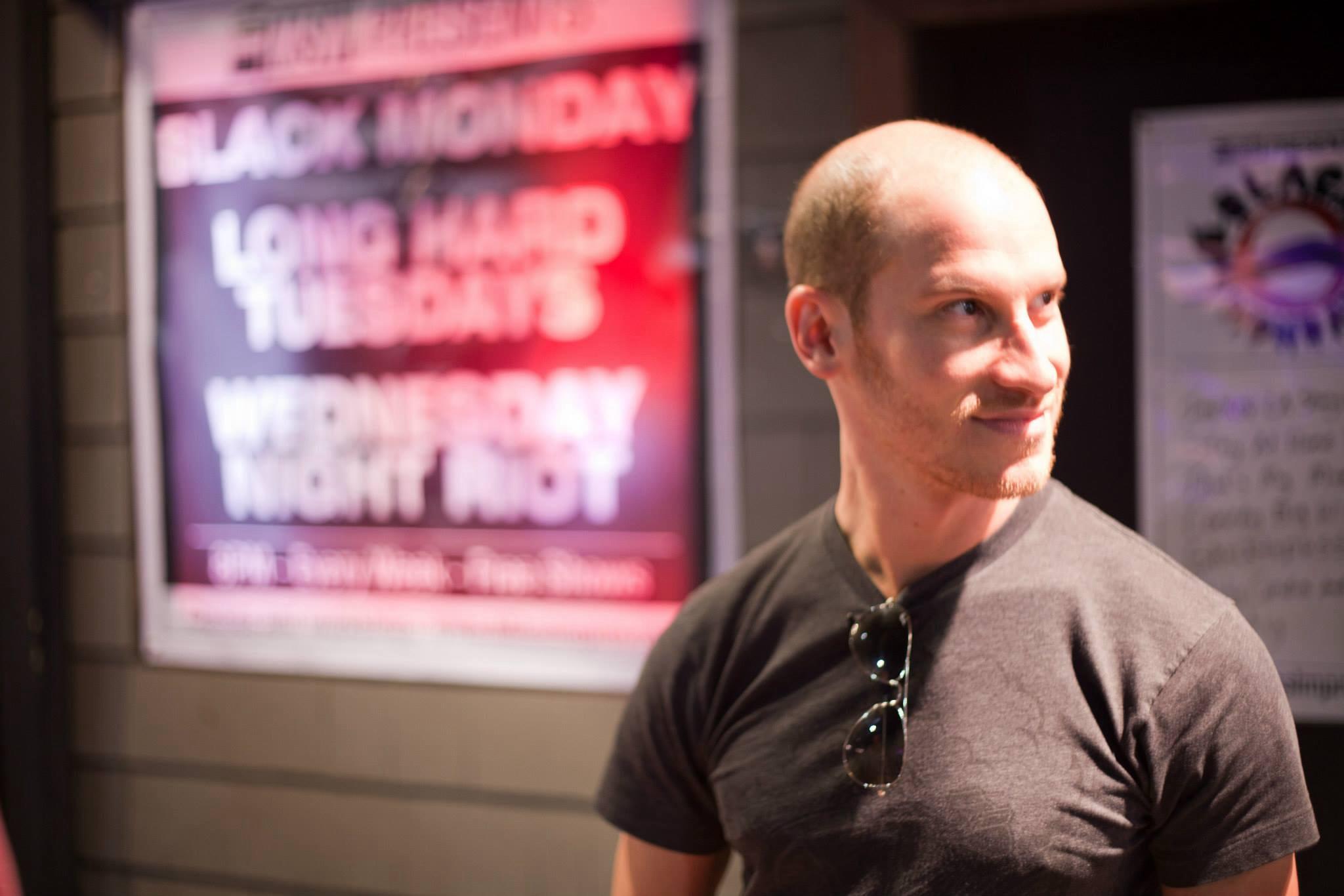 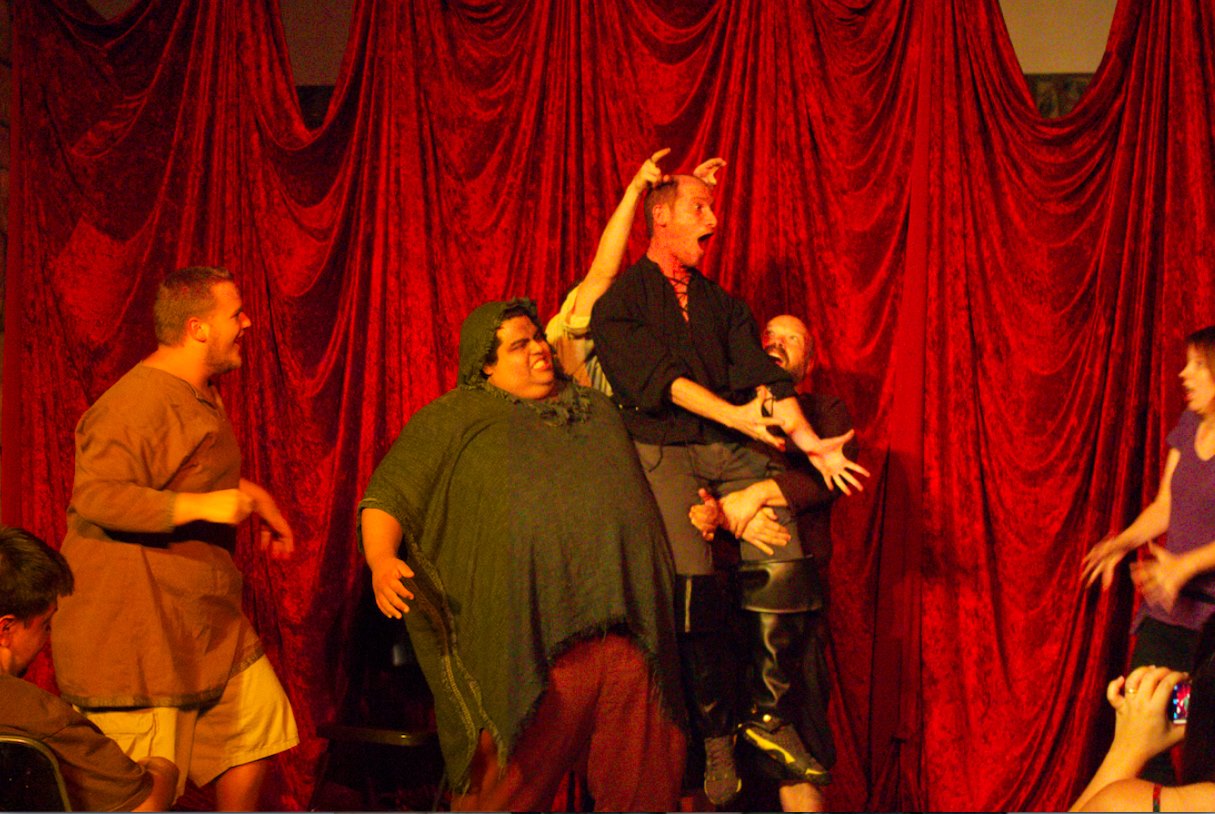 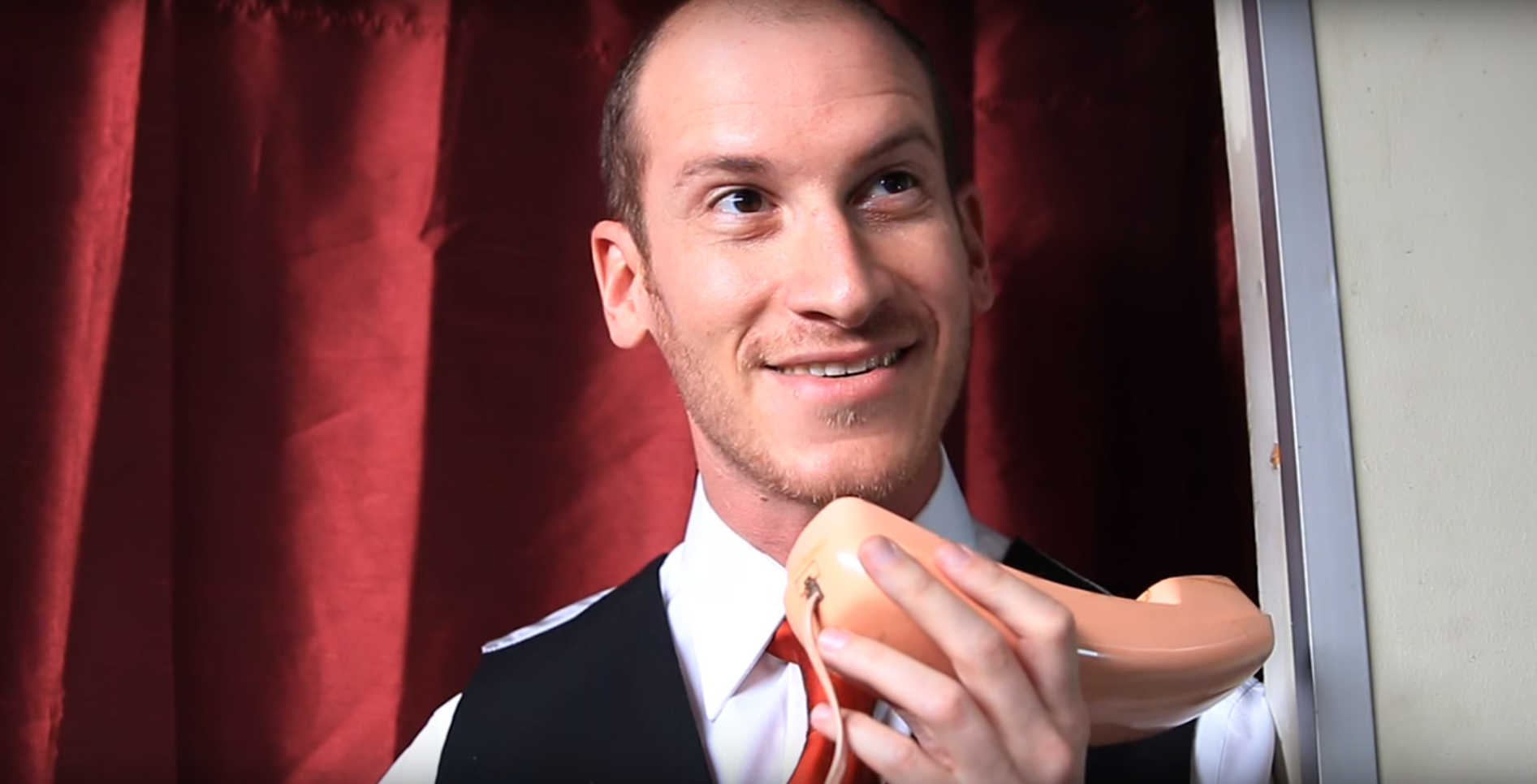 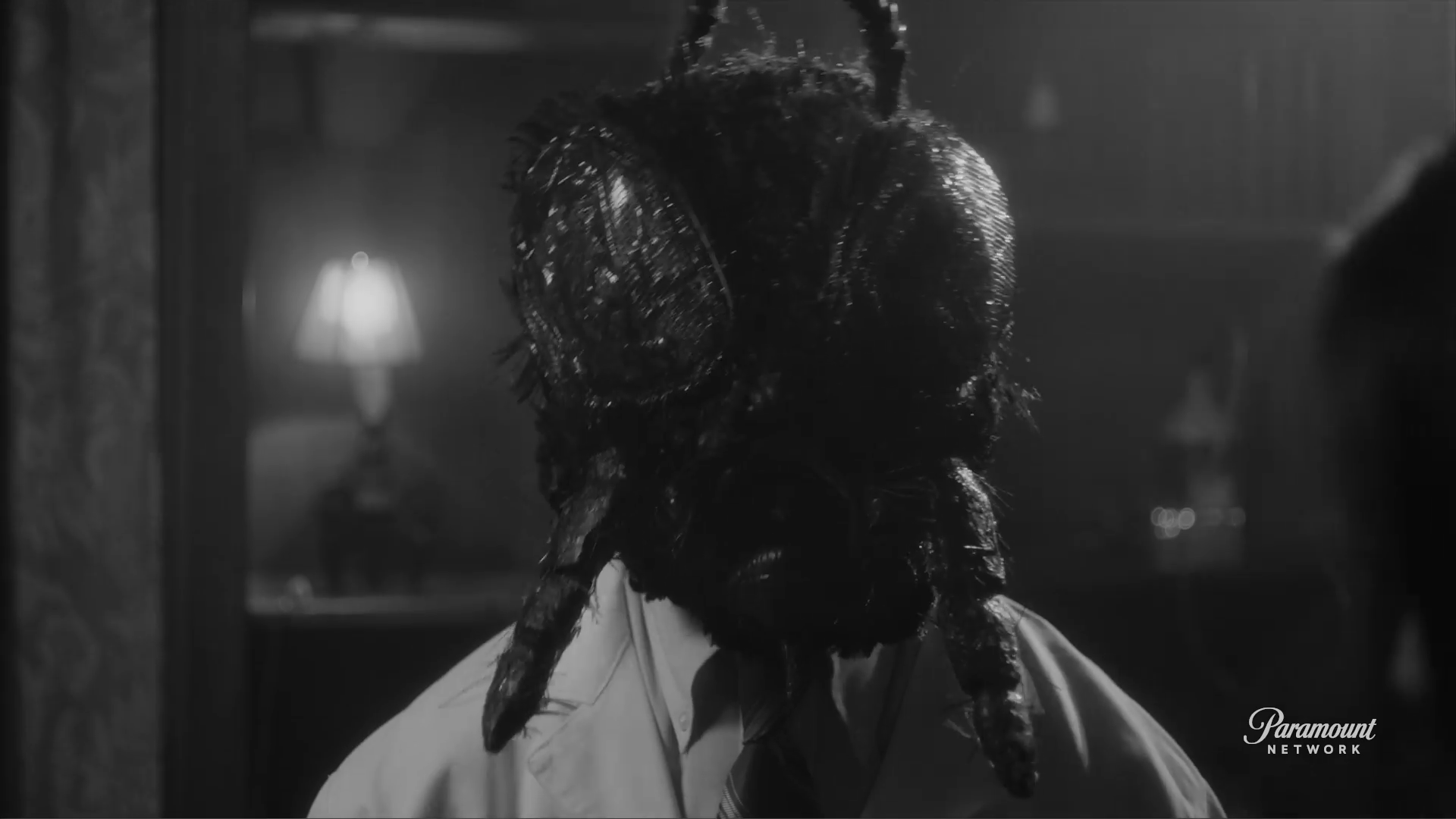 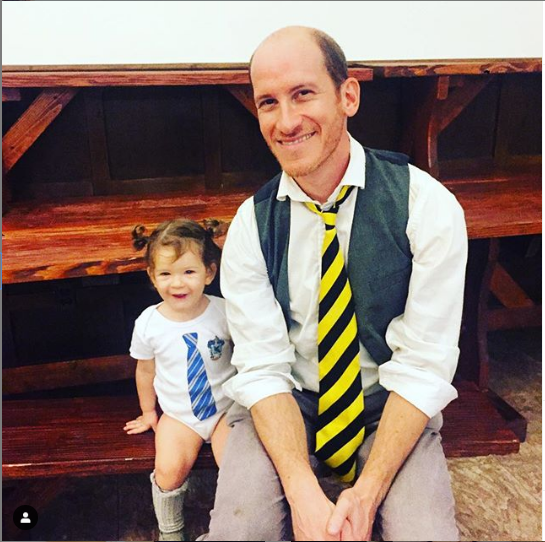 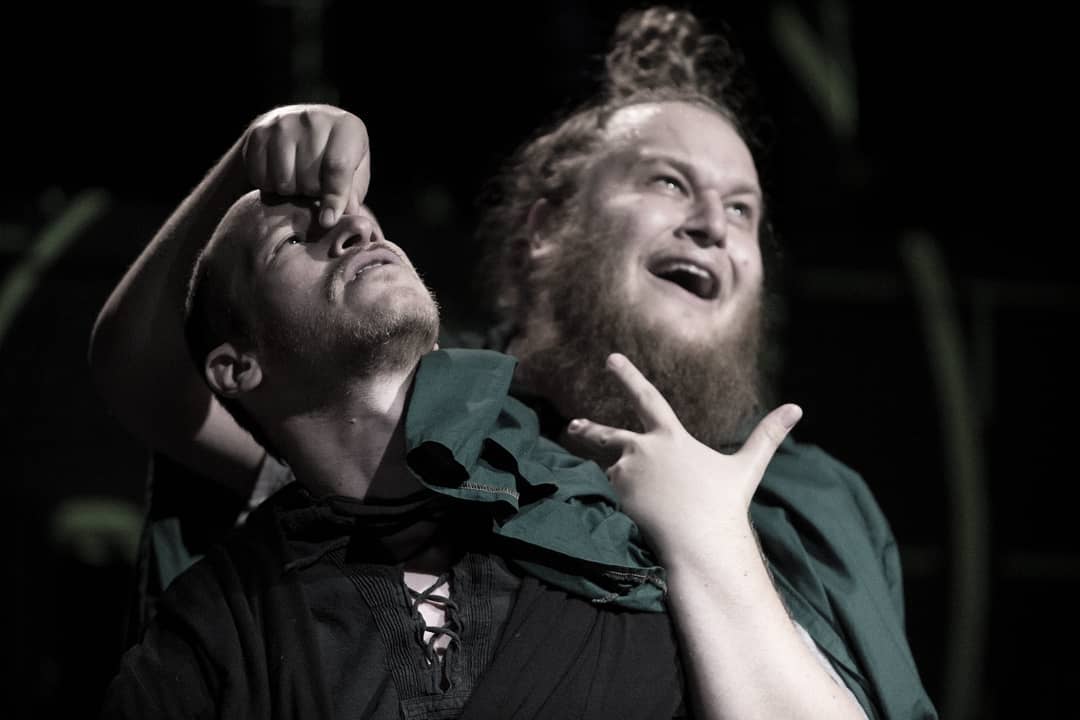 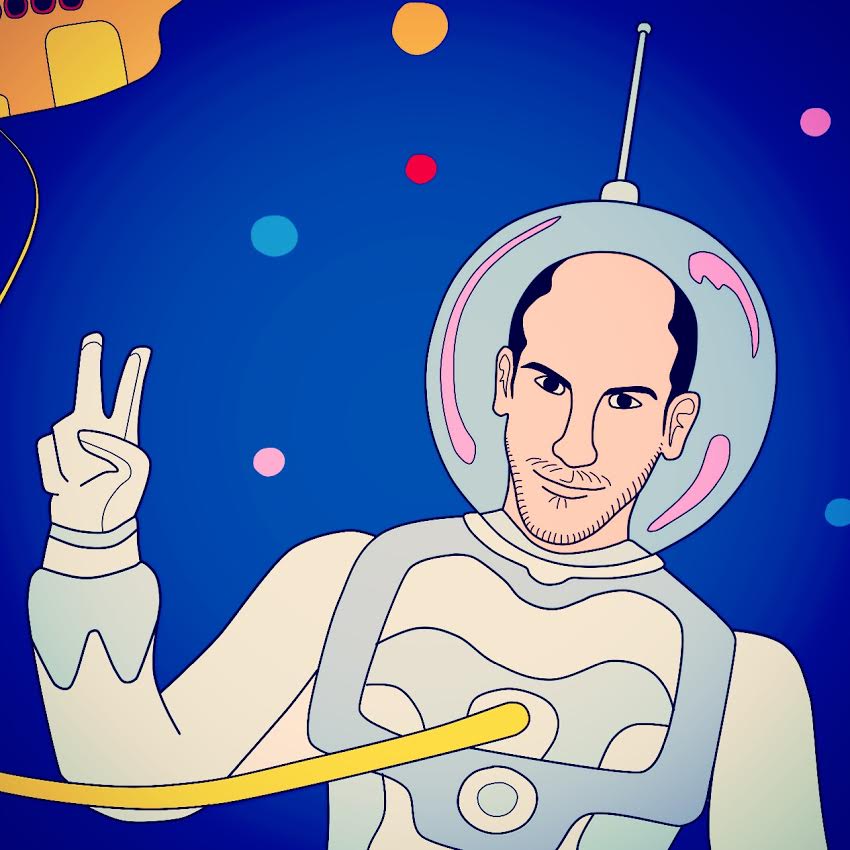 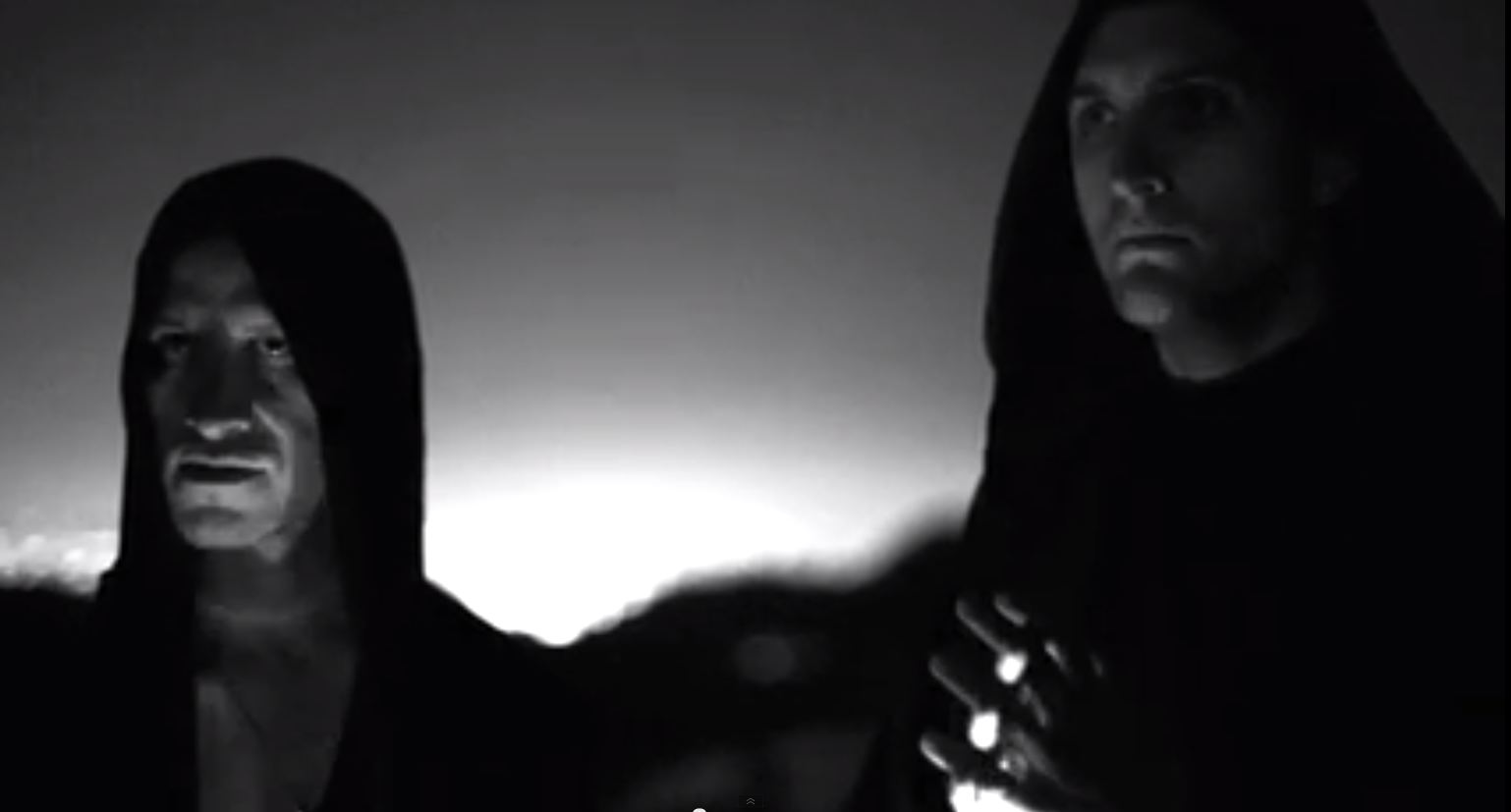 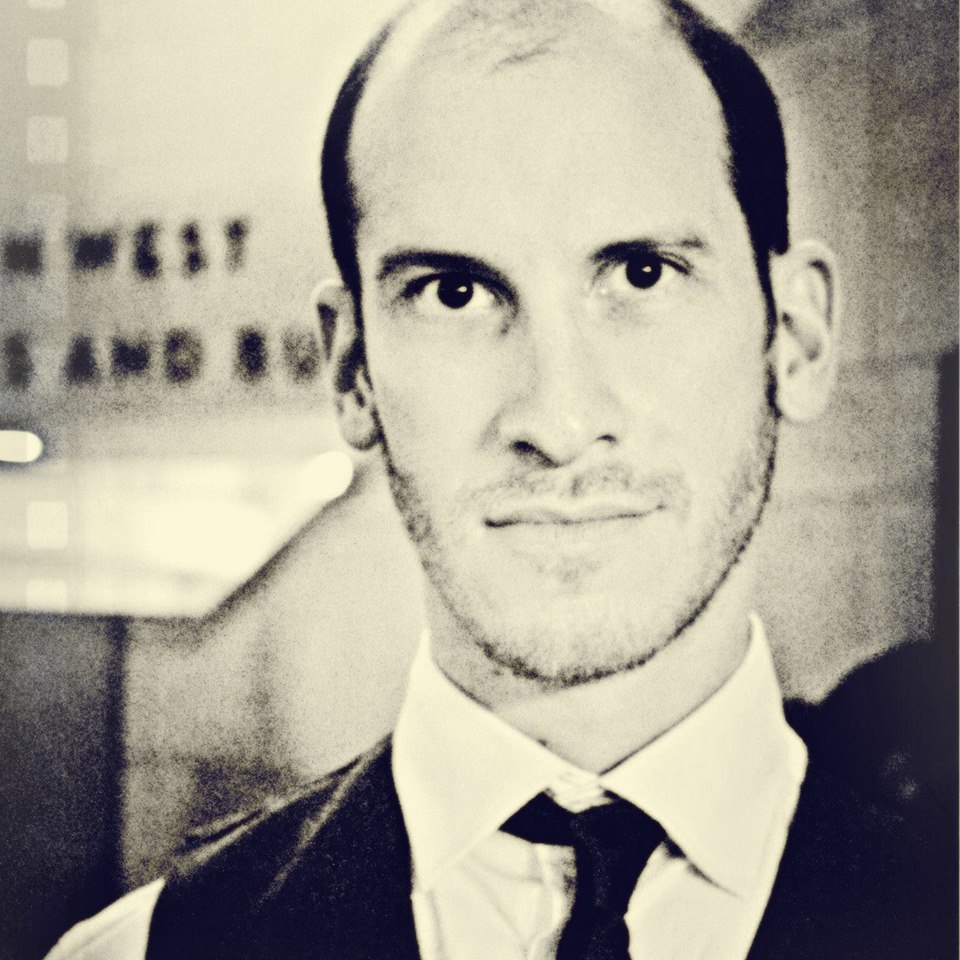