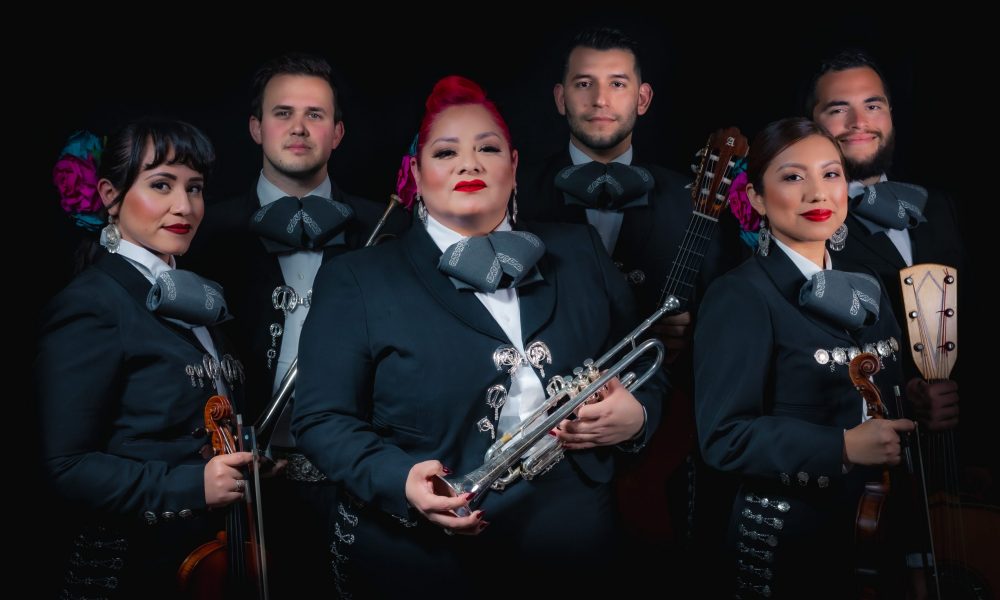 Today we’d like to introduce you to Ruby Gutierrez.

Ruby, can you briefly walk us through your story – how you started and how you got to where you are today.
I’ve been playing trumpet for 28 years. Growing up, music was always playing at the house. You would hear everything ranging from The Beatles to Sonora Dinamita, Bob Marley to Juan Gabriel, Classic Rock to Son Jarocho, and especially Mariachi music. My father plays guitar, and he encouraged me to pick up an instrument. At the age of 9, I knew I wanted to play an instrument, I just wasn’t sure which instrument to pick. During that time period, I attended my first mariachi concert. I was use to seeing male mariachi groups on C.D. covers, but never an all-female group! Headlining was Mariachi Perlitas Tapatias, an all-female mariachi group from Guadalajara, Jalisco. I’ve never seen anything like it. These women were so entertaining to watch, from their playing and singing to their outfits and the way they interacted with the crowd. One thing that stood out the most to me was the trumpet section. To witness and experience the powerful sound coming from a trumpet was mind-blowing. It was that night that I decided I wanted to play the trumpet.

I started playing in the school band. A few years later, I started going to the Los Angeles Music and Art school, and there is where I began to learn how to play and sing mariachi music. My instructors were impressed that I was absorbing everything so quickly. After a few months, I was invited to rehearse with Mariachi Juvenil Sol de Mexico, a group of teenagers that had the same passion for mariachi music. I look back and think that was such a crazy time, especially for my parents. Mom would drop me off to school before she went to work (school located in La Mirada), then my Dad would pick me up from school after he got out of work, then he would drive me to the Los Angeles Music and Art school for my trumpet and vocal lessons. After my lessons, I would rehearse with Mariachi Juvenil Sol de Mexico. We did that twice a week, thank you Mom and Dad!

After rehearsing with the Juvenil group for about four months, I was told that Mariachi Reyna de Los Angeles was looking for a trumpet player. Mariachi Reyna de Los Angeles is the first all-female mariachi group in the United States, under the direction of Jose Hernandez. This was the group I was aspiring to join! Like my parents always says, “be ready for any opportunity that comes your way”. So that’s what I did; I started taking private lessons and was practicing every day. After two months of training, my opportunity finally arrived. I was going to perform my very first big concert at the Santa Barbara Bowl with Mariachi Juvenil, alongside Mariachi Sol de Mexico de Jose Hernandez and Mariachi Reyna de Los Angeles. I remember being nervous that day, walking towards the stage to do soundcheck. My instructor at the time, Santiago Garcia, told me to have fun and “Echale ganas”. Jose Hernandez, members of Sol and Reyna watched me during soundcheck. After soundcheck Jose Hernandez introduced himself to me and said, “Good job, mija.” Days later, I received a phone call, and it was an invitation to rehearse with Reyna. I had just turned 14 years old when I officially became a member of Reyna de Los Angeles.

Following a ten-year career with Mariachi Reyna, I became a freelance musician and with the gig money I made, I was able to put myself through college. After college, I started building a career in the legal field. Having a career in law didn’t stop me from playing music. I realized I had the desire to create a means of continuing my passion and love for the art of Mariachi. In February of 2016, I formed a group of well-studied musicians close to me that shared my experience, energy, and drive that would become Mariachi Alma y Corazón.

Overall, has it been relatively smooth? If not, what were some of the struggles along the way?
Throughout my music career, I occasionally hear, “She’s cute, but can she play?” You don’t see a lot of female trumpet players, especially ones who play mariachi music. When I first started playing mariachi music, it was still a very male-dominated scene. For most of my life, I have committed myself to developing a strong, clean sound on the trumpet and to learn the traditional style of mariachi music. Today, not only female trumpet players but female mariachi musicians are now more accepted in the music scene. At times I felt like I needed to constantly walk around with people’s perception of me not being good enough until I prove them wrong. It’s an awesome and empowering feeling to be able to perform and inspire young girls and women, just how Mariachi Perlitas Tapatias did for me 28 years ago.

Having a career, running Mariachi Alma y Corazón, playing with ska-core band South Central Skankers, making time for my family and a social life is hard to balance at times, but I’m doing it. I’m living my best life and I wouldn’t be able to do it without the love and support of my family, friends, and the members of Mariachi Alma y Corazón. Some people hate working weekends, but I don’t see it as “working” when I’m with my musical family. Running a group is not easy. For example, my musicians all have careers and families. There’s been a few times when our schedules don’t sync. In life, we know that unexpected things pop up, so we are always communicating. With our own busy schedules, we make time to practice individually and rehearse as a group.

Mariachi Alma y Corazón – what should we know? What do you do best? What sets you apart from the competition?
Not only do I get to work with talented and well-educated musicians (Violinists and vocalists: Martha Montoya, and Gabriela Martinez; Co-founder, trumpet player and vocalist: Zachary Groll; Guitarron player: Jorge Mendoza; Guitarist and vocalist: Osvaldo Sanchez), but as a whole we are able to share one of Mexico’s beautiful genres of music to an audience. We have them experience, “feel” the love and passion we have for mariachi music.

Mariachi Alma y Corazón has performed in every corner of Los Angeles County, Imperial Empire, Orange County, San Fernando Valley and San Diego. In addition to performing at various private and corporate events, the group has also participated at a number of public events, festivals, including Beach Streets, Lucha VaVoom, Michelada Rumble, and The Gorillaz Demon Dayz Festival, as well as appearing on live news source Telemundo in Los Angeles.

What is “success” or “successful” for you?
My family has been a driving force in my success, as they’ve always supported me in my endeavors. I was lucky enough to have mentors to share their experiences and teach me all about music and the music business. The generation after me brings me energy, as I want to pass on the same work ethic that was taught to me from the beginning. The greatest form of success that I can imagine is having the ability to do the same for someone else. 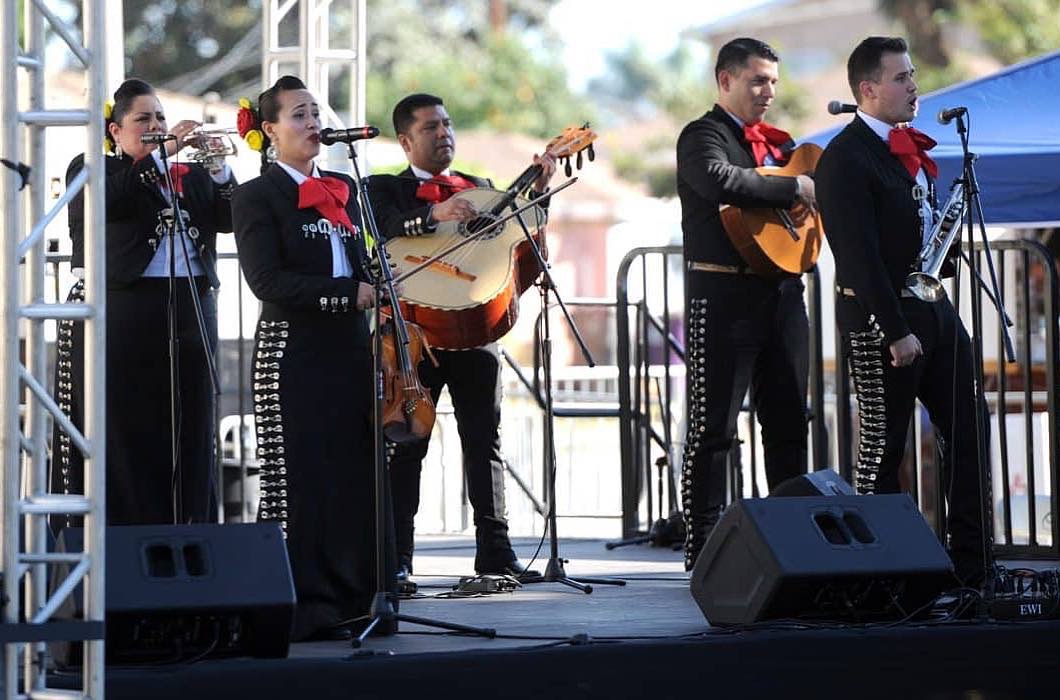 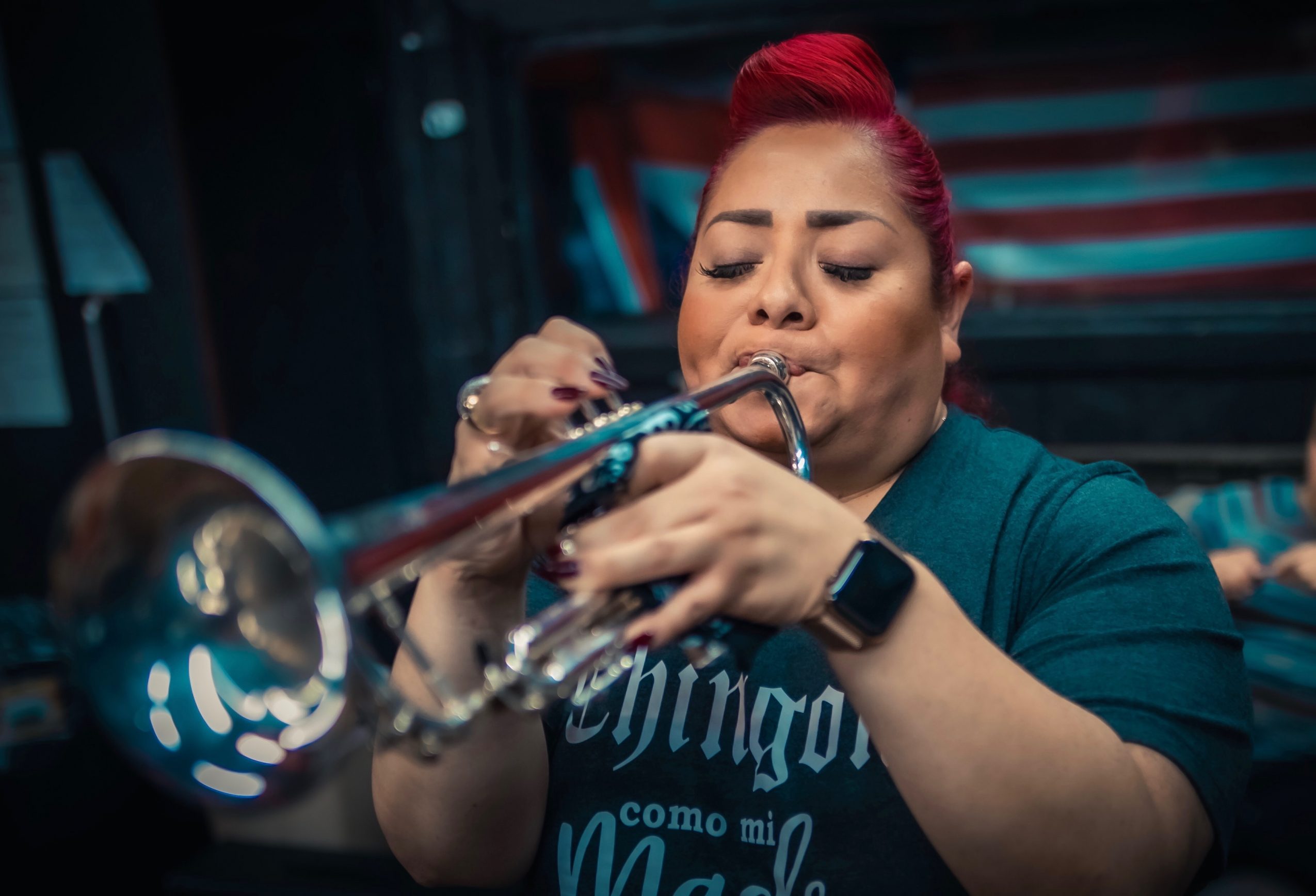 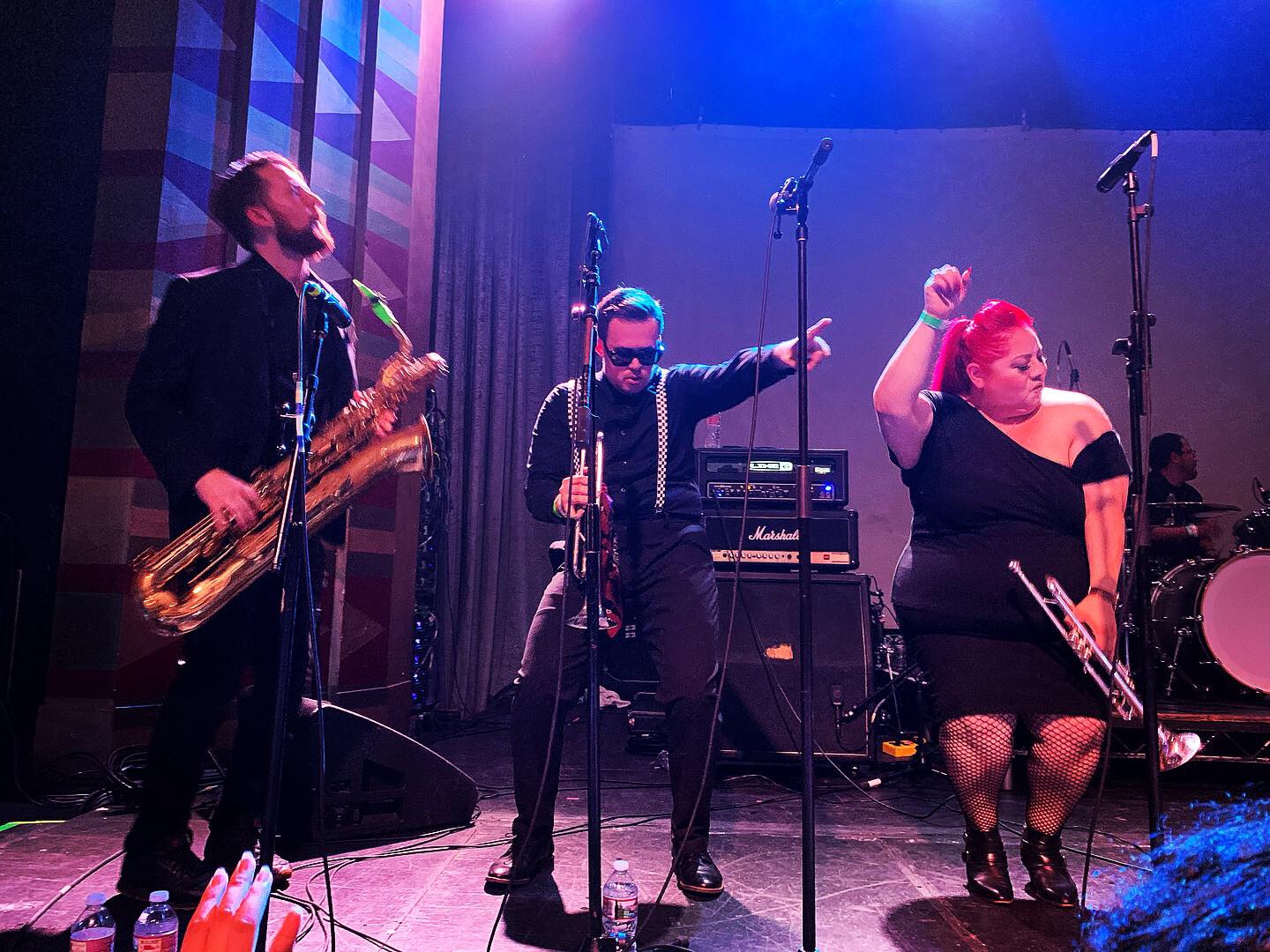 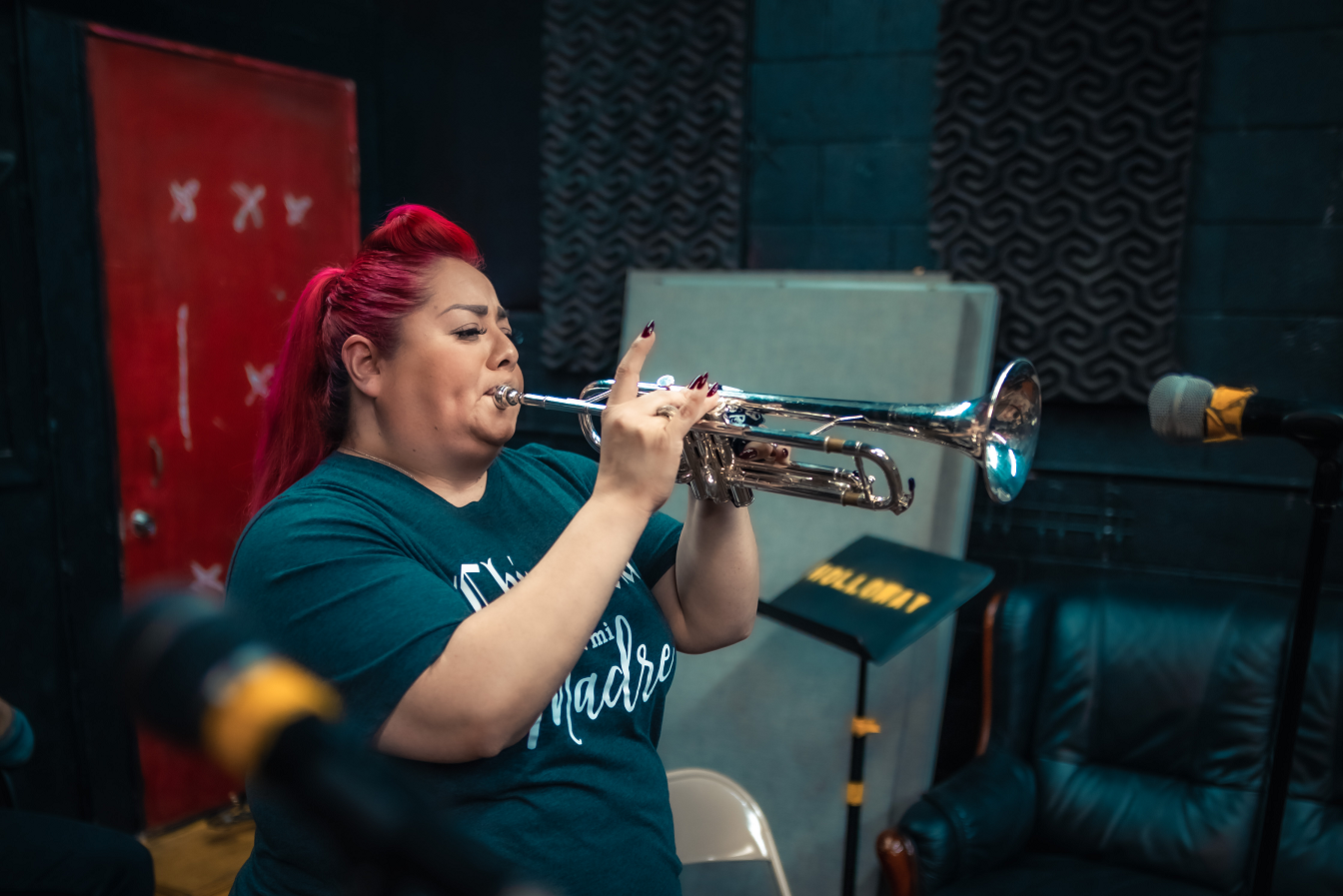 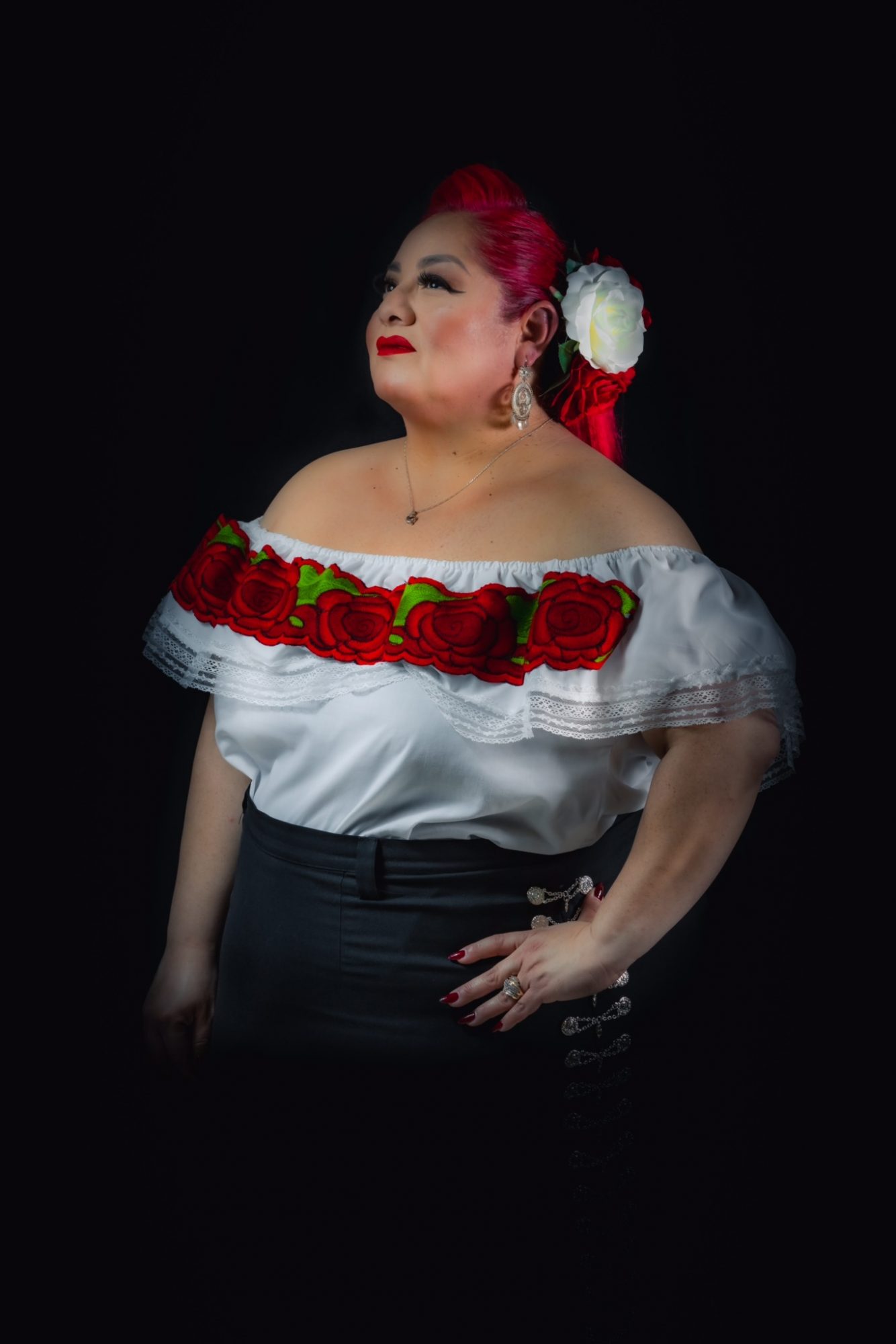 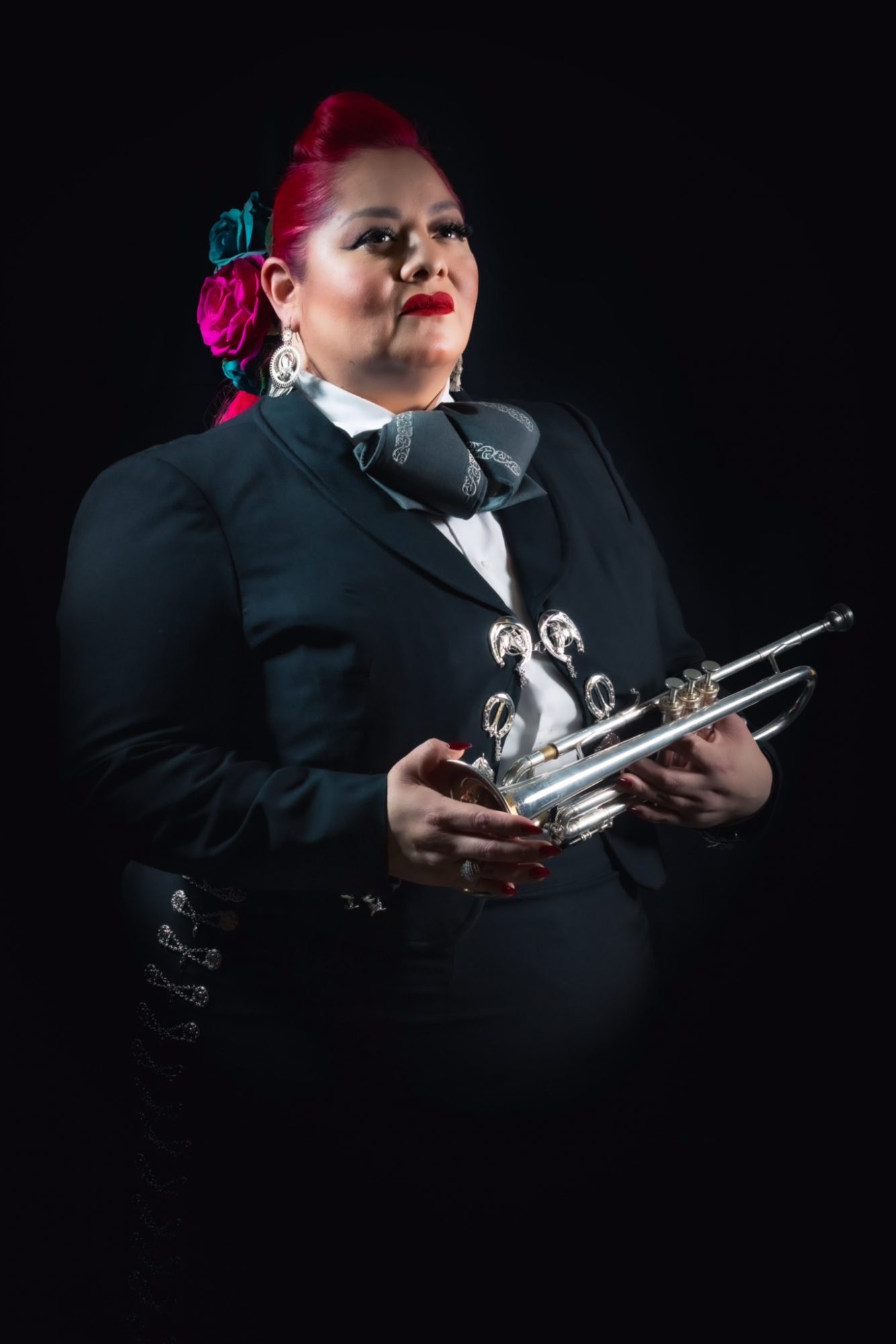 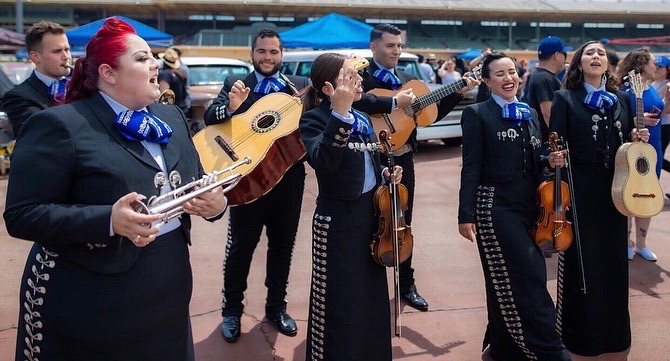