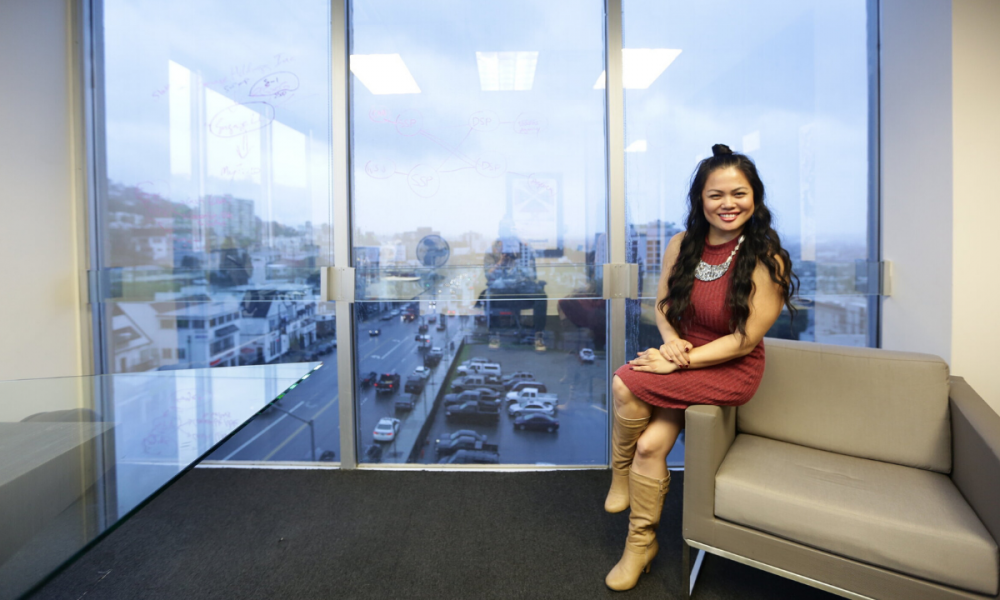 Today we’d like to introduce you to Roslynn Alba Cobarrubias.

So, before we jump into specific questions, why don’t you give us some details about you and your story.
In elementary school, I fell in love with music. I used to record the Top Ten song countdown and play them for my classmates at lunch. I was obsessed with MTV & BET and loved music programs like Yo! MTV Raps or MTV News. Whenever they would ask me what I wanted to be when I grew up, my heart would want to say “in music,” but my mind would be fearful of my immigrant mother from the Philippines who worked so hard to get here & establish a good life for our family in the United States, and I would change my answer to say, “lawyer.”

It wasn’t until I bought my first turntables in high school that the passion became real and we started going to LA record shops like Fat Beats & Stacks or hip hop clubs like UNITY or Lotus every week that I knew it’s all that I would ever want to do. Even when I was enrolled at a UC college for political science/law, I knew I wanted to get paid to do what I really loved which was to promote and play music.

After being told at a music TV channel audition that I was “too short” to ever be on TV, I was recommended to try radio because they don’t see how tall you are or what you look like. It was the summer break of college at UCI, so I found a local KSAK 90.1FM radio station at a junior college called Mt. Sac in my hometown of Walnut, CA. In order to get a radio show you had to be enrolled in Radio Broadcasting classes, so that summer I enlisted in Radio Broadcasting 101 and for the first time, I fell in love with college. I couldn’t believe you could love going to school everyday in college! I wound up getting the radio show after I completed the class and called it “Third Floor Radio.” The name stood for three levels of hip hop: past, present and future as well as a tribute to one of my favorite groups, De La Soul & their album, “3 Feet High & Rising.” I was so excited because I interviewed all my favorite hip hop groups from Los Angeles like The Pharcyde, Dilated Peoples, the Beat Junkies & Jurassic 5, alongside my favorite hip hop artists like A Tribe Called Quest, Gangstarr, Mos Def, Slum Village & De La Soul from the East Coast.

After doing the radio show for a few years, I started producing hip hop concerts and clubs with DJ Vice from Eagle Rock, he is currently a national touring DJ, but at the time he was at the Power 106 radio station and producing a weekly club at The Dugout in Pasadena. We used to throw birthday parties, shows and more at different venues. I eventually graduated and started getting real jobs in the music industry at companies like Radio Disney, Onair.com & the National Association of Record Industry Professionals (NARIP) where I became the Director of Marketing, and I met one of the creators of a new startup at the time called MySpace.com at one of our networking events.

I became the first person hired specifically for artist relations at MySpace, after suggesting a few go-to artist & music marketing strategies for the platform in 2004 which included throwing MySpace.com parties with artists, launching a MySpace mixtape series, MySpace Official DJ Program and creating the MySpace – A Place For Hip Hop community, that eventually grew to over 2M registered artists & DJs, the biggest genre on the platform. I reached out to every hip hop artist I ever interviewed on Third a Floor Radio first, and they became the first artists I featured on MySpace, like The Pharcyde, A Tribe Called Quest, Ice Cube and eventually grew to include Drake, Diddy, Kanye, Snoop Dogg and more. I would spend 9.5 years helping launch MySpace, MySpace Music and traveled the globe helping launch a MySpace UK, Mexico and more. At the platform I interviewed, produced concerts and created editorial programs with artists like Justin Bieber, Bruno Mars, John Legend, Justin Timberlake, Jay-Z, Rihanna and Eminem.

After the MySpace platform became the #1 website in the world with over 200M users, it started losing audience because of spam and new platforms that were developed with better user experience like Facebook, YouTube & Twitter. Music streaming platforms like Pandora, Spotify and SoundCloud were on the rise and I started to get offers at other big music companies that were also launching at the time.

But rather than go to another music company, I ventured off to start my own marketing & artist booking company called “ROS Marketing, in acronym for the advertiser term “Run of Site” and I helped create marketing strategies and booked talent for events, media programs & influencer programs. During this time, I helped launch, market & sell another digital resume platform called “mydiveo,” for $7.4M. After that, I took an influencer trip to the Philippines, sponsored by the Philippines tourism board with Apl.de.ap of the Black Eyed Peas, & others that he invited including will.i.am, Jo Koy, Cassie, Liane V. and other executives from YouTube, Google & Netflix. At 36 years old, it was my first time to visit where my mom and family was from, and it was very humbling & inspirational. I thought about my career in music and I could only think of a handful of artists like Bruno Mars and APL that I’ve ever worked with or featured. After seeing all of the great work APL has done for his community throughout the world, as soon as I got back to LA, I started looking at ways that I could help highlight Filipino artists, talent, culture, events and started volunteering at cultural festivals & more. I produced the LA Clippers Filipino Heritage Night with Apl of the Black Eyed Peas and Manny Pacquiao & additional heritage events before eventually taking the position to work full time at ABS-CBN, the largest entertainment & media company in the Philippines. I am now the Global Head of Music & Talent where my job is to help oversee their international roster like Tarsier Records artists Inigo Pascual & Kiana V, the myx platform, which is a TV network (DirecTV, Spectrum, Comcast, Twitch, Amazon), radio station (Dash Radio) and events production company that highlights the best of Filipino talent, culture and creatives across the world. We feature artists on our myx platform like Bruno Mars, Saweetie, H.E.R., P-Lo, Guapdad 4000, Manila Killa, J Rey Soul, Manila Grey, Kolohe Kai, Hirie alongside Filipino artists from around the world like artists from around the world like Ylona Garcia, Fern, beabadobee, Apostol & Massiah. It has become my new mission in life to bridge my passion for entertainment to help create a platform and audience for my own community, especially seeing creatives likes Issa Rae, Chadwick Boseman, Tyler Perry, Oprah and companies like CJ Entertainment and 88 Rising do for their own communities. They have created opportunities for people that look like them to see themselves on a world stage, that’s what we are building with ABS-CBN & myx.

It is crazy to think that close to 20 years after I was told I would never be on television, that not only have I hosted various TV shows for networks like CBS & Disney, but now help program a national TV network. It just goes to show that even when someone tells you that you can’t do something, you can. You just have to believe in yourself. This whole story is so that anyone reading it could feel empowered to do what they want to do and trust their personal journey. Even when people tell you that you can’t do something, or you don’t get the job that you wanted, remember what is most valuable is your purpose & mission, & not your current job title that defines you. To get paid to do what you love, you have to take the first step in faith and continue to take steps until you can look back and connect the dots to how you got there to help others on their journeys. Don’t stop when things get hard because you might be “3 feet from gold.” There will be times that you will need to do what you need to do to get paid, so you can invest in yourself and what you love.

Overall, has it been relatively smooth? If not, what were some of the struggles along the way?
The biggest challenge I had to overcome was my own negative thoughts and not believing in myself. If you don’t see someone that looks like you doing what you want to do, create something that has never been created before or market something that seems really niche to scale mainstream, it could get very intimidating to continue to work toward your dreams. I used to have a fixed mindset where I was always thinking I couldn’t do something because I didn’t know how to do it, but when I trusted my own instinct, and learned what I didn’t know with a growth mindset, I also started using the law of attraction to visualize what I wanted daily – that’s when things changed and the road became less bumpy and I started to learn shortcuts to where I wanted to go.

We’d love to hear more about your work and what you are currently focused on. What else should we know?
I’m a marketing strategist by profession, but a “dot connector” by nickname. As the founder of ROS Marketing, I help brands & companies grow awareness for their product or service to their target audience by grassroots marketing techniques, network and influence.

Right now, I work solely for ABS-CBN and help oversee the myx Global platform that is a cable TV network in 20M homes like DirecTV, Comcast, Spectrum & myxRADIO station that’s has over 1.9M monthly listeners on the Dash Radio platform, distributed to over 50 partners via mobile app, connected cars & smart TVs.

The myx platforms features “our stories, and our music that is Uniquely Filipino,” shared for everyone to love and relate to. You can find us on social media on @myxglobal on Twitch, Kumu, Instagram & Facebook and at youtube.com/myxglobal.

If you had to go back in time and start over, would you have done anything differently?
I would have bypassed spending a year studying political science/law just to please my mom, only thinking of the potential money I could make. I would go straight into what I was passionate about, do razor sharp research on those doing what I wanted to do in the music industry and also try different things to find out what I was passionate about. I would focus most of my time on volunteering and interning to get experience and get real hands-on training while building industry relationships, which they don’t teach you in school. 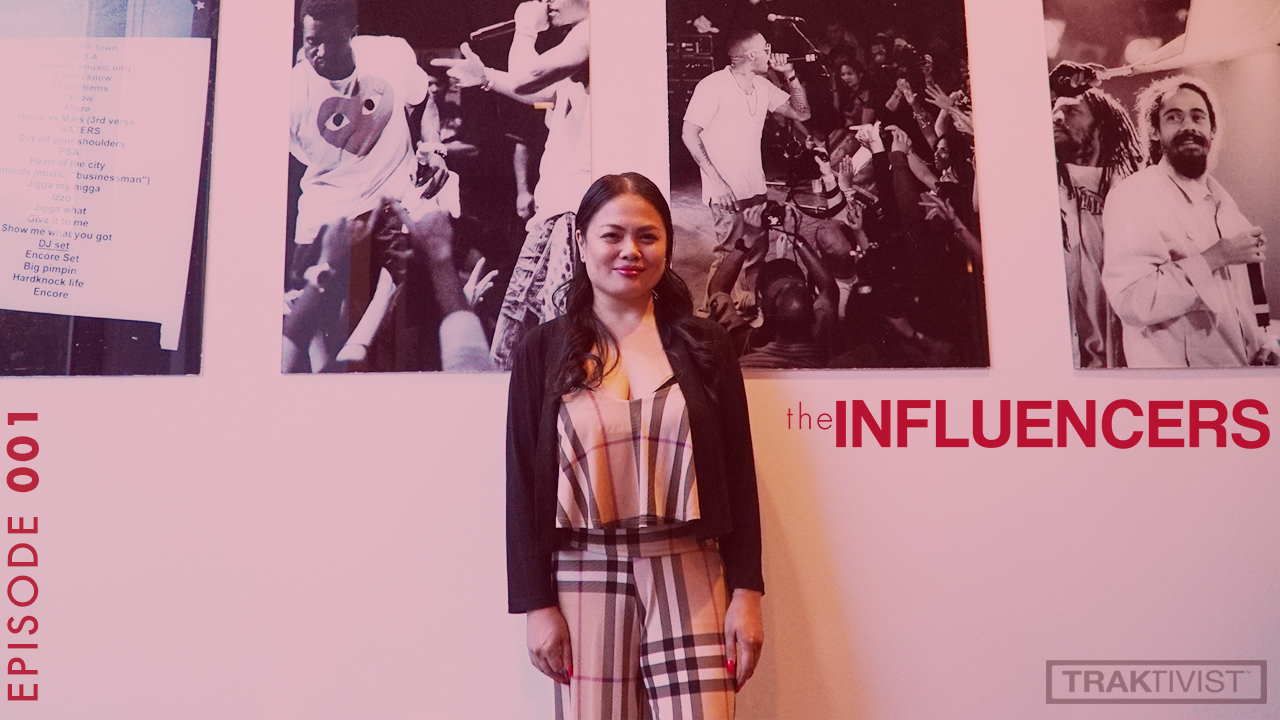 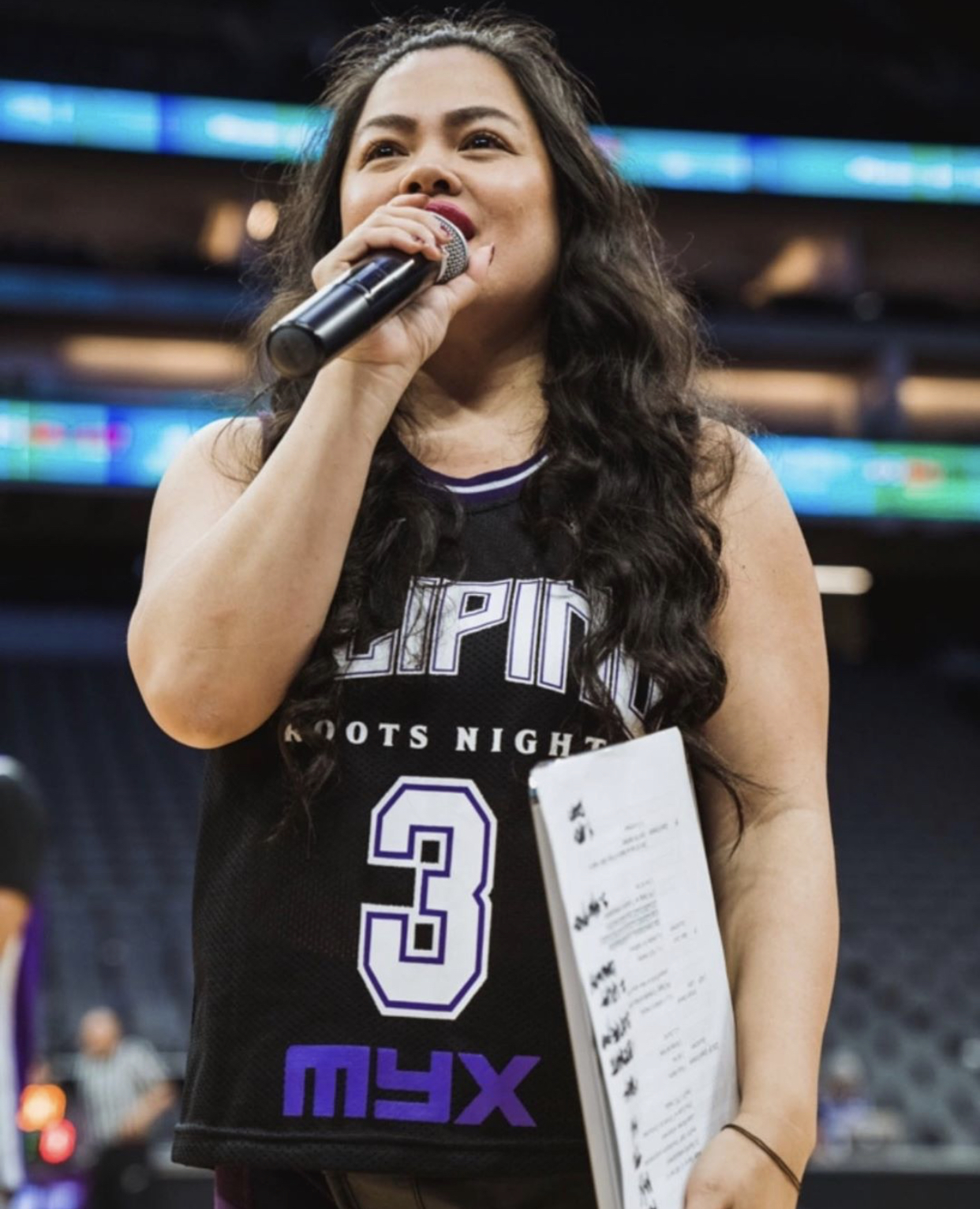 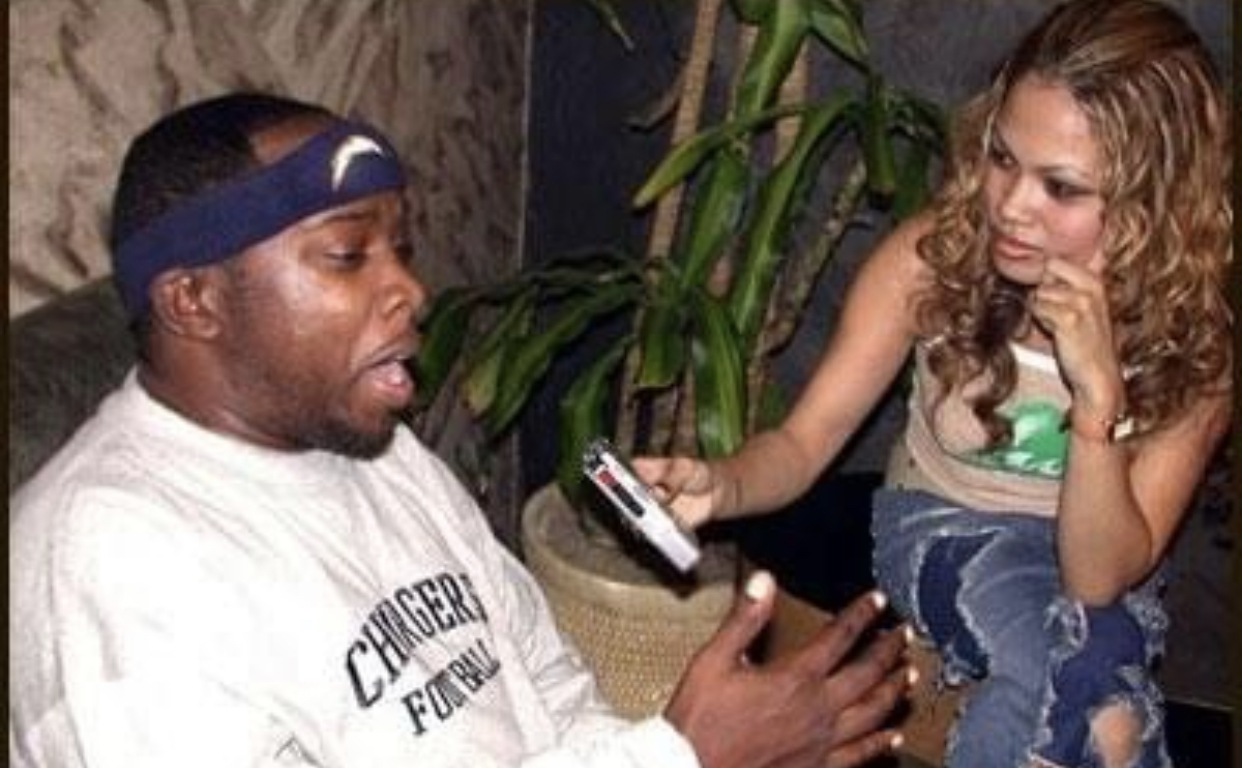 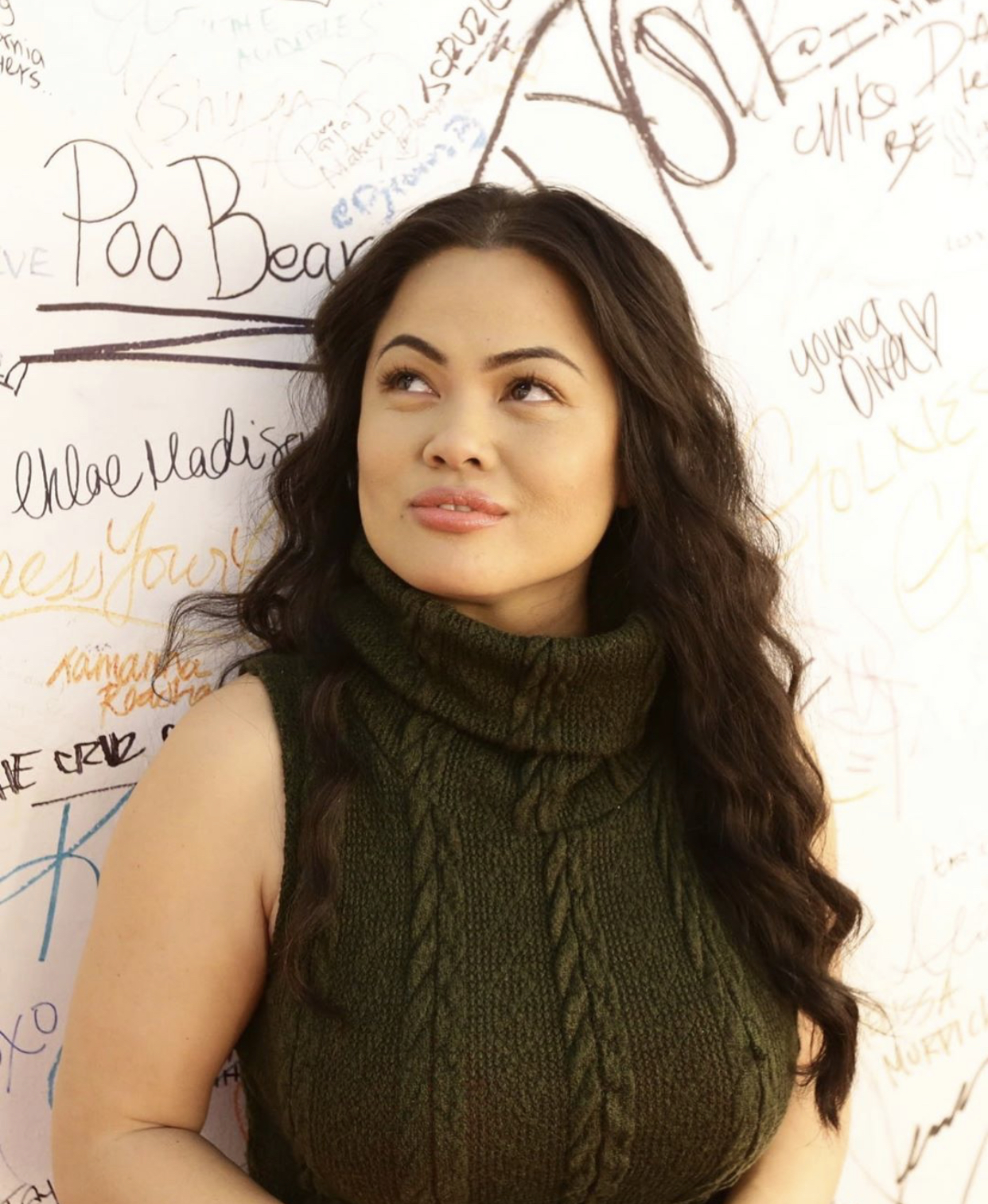 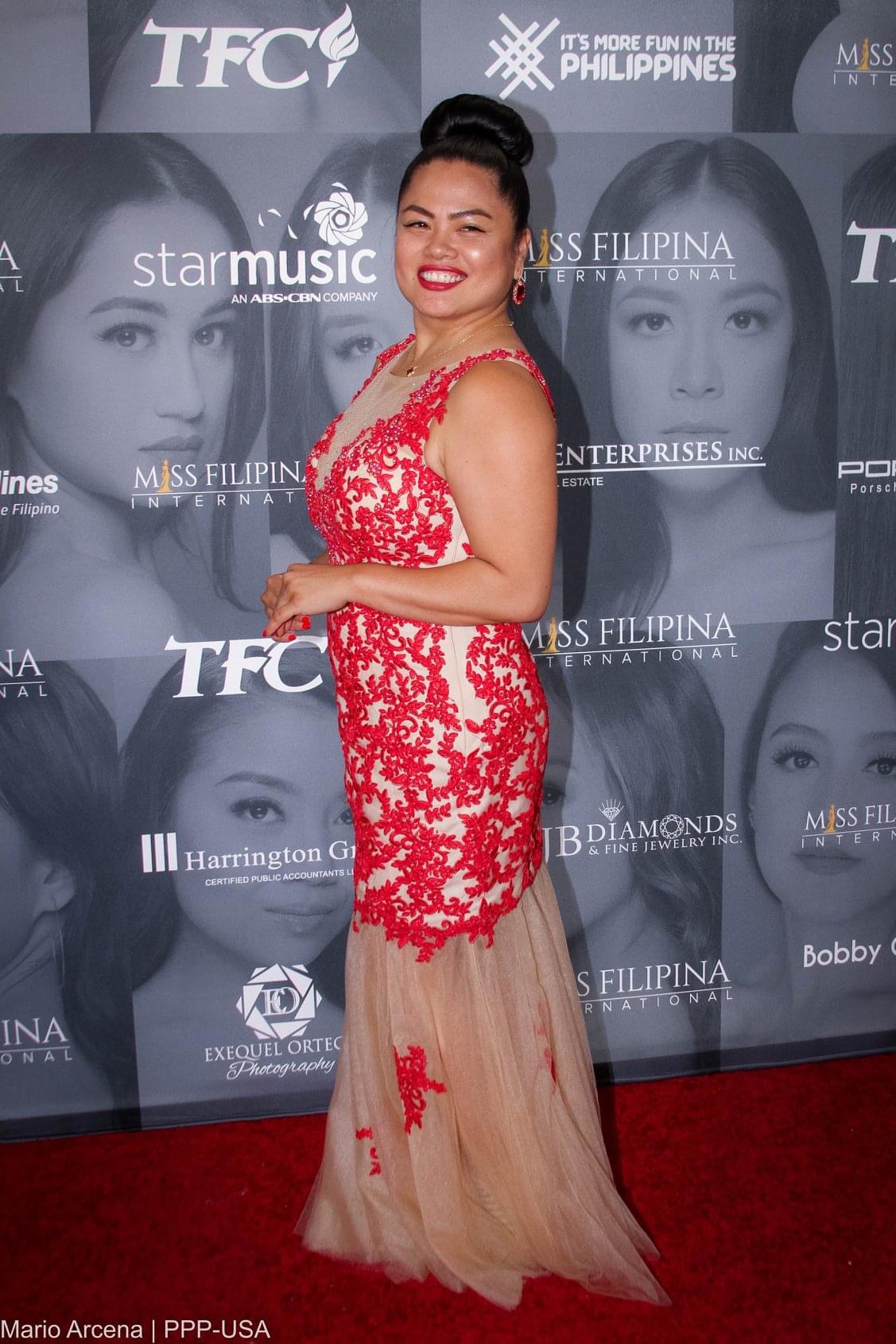 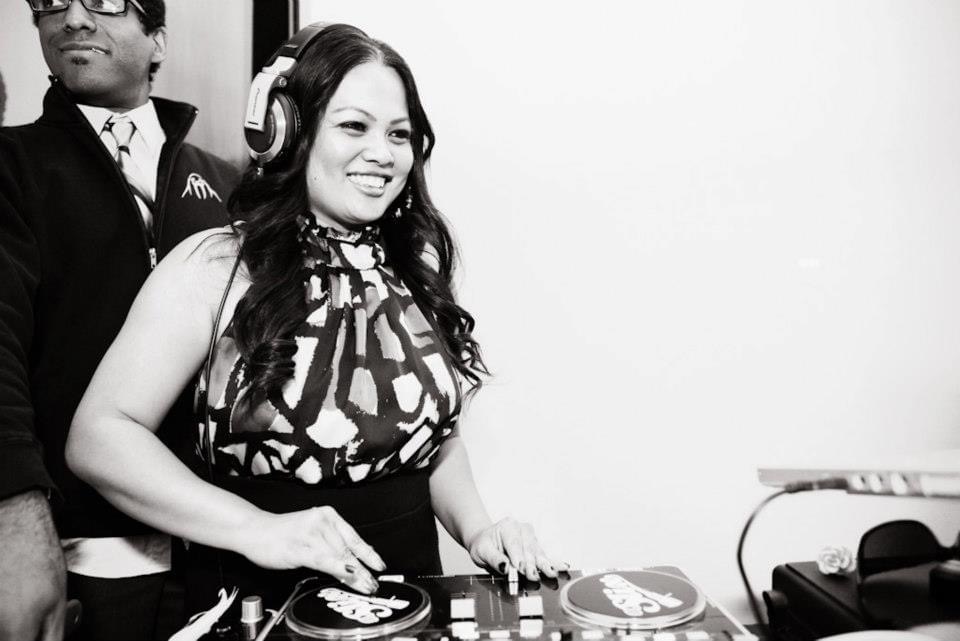 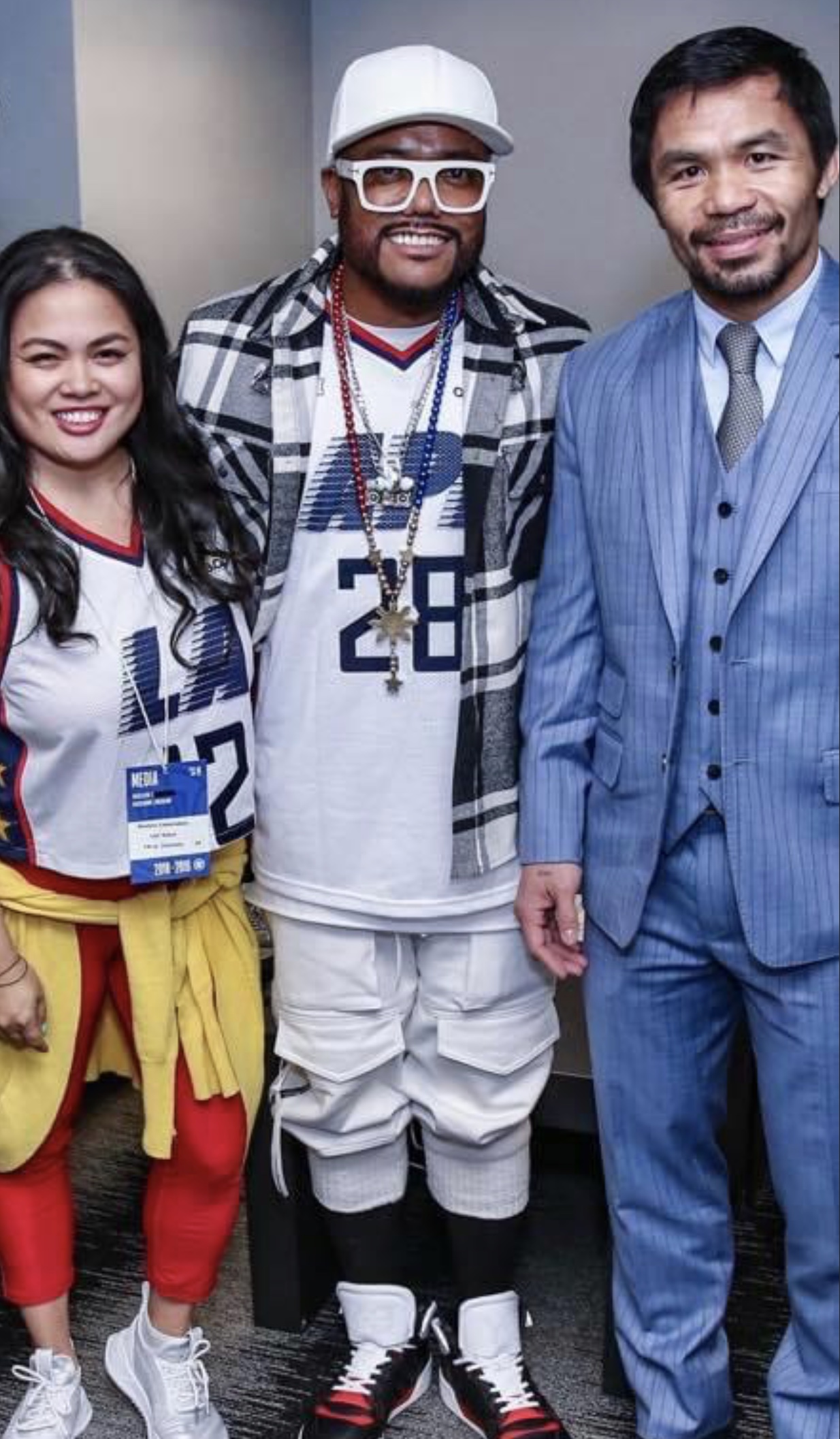 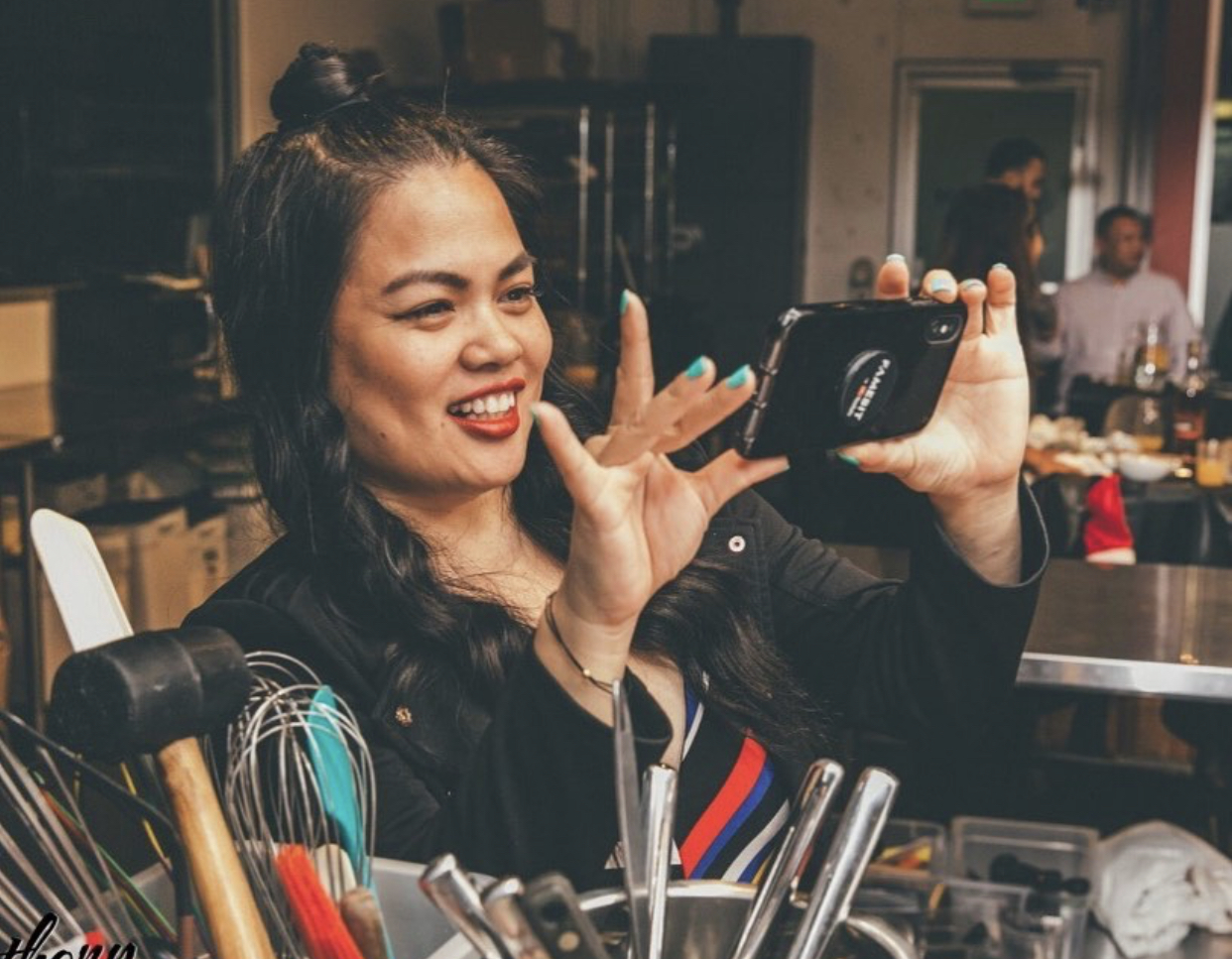