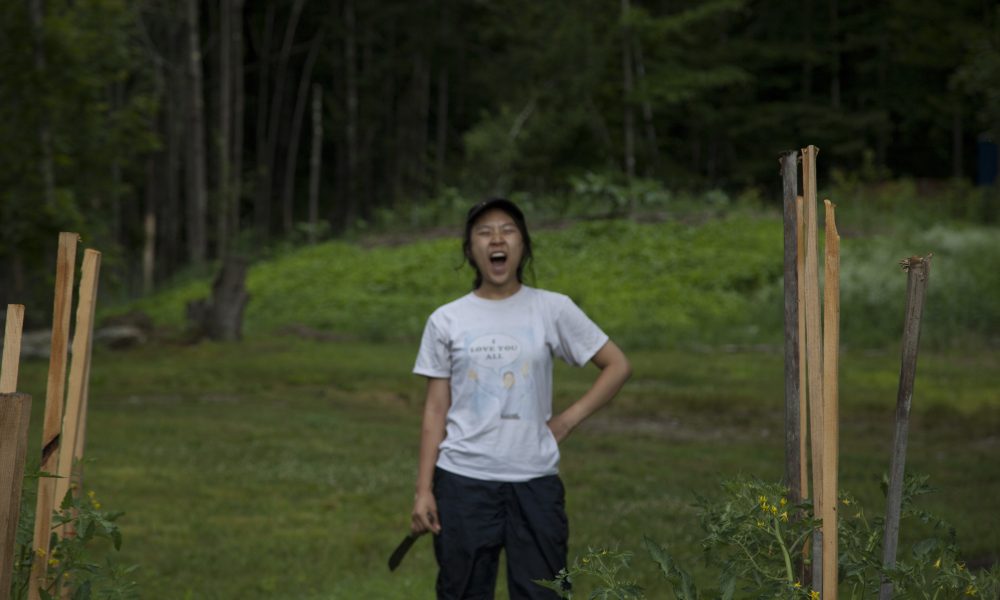 Today we’d like to introduce you to Rose Kim.

So, before we jump into specific questions, why don’t you give us some details about you and your story.
I’m an actor and theatre artist and I run my theatre company, Art Rat. Outside of Art Rat, I work a full-time office job to pay bills and fund our productions.

I discovered acting in college. Acting was fun, it made sense, and I felt I could be good. One of those “click” moments where you’re like “Wow, I like doing this, I’m good at doing this, and now I’m obsessed with being the best……”

Very soon after my first class, the theatre dept.’s new guest artist called for an entire cast of AAPI actors to do an old German tragedy. It was thanks to this very-color-conscious casting that I got a principal role on stage for my first production. This German play was famous for staging graphic domestic violence on stage… I was asked to adopt an eastern Asian accent… The hypersexualization of “oriental” “femme” bodies was never addressed… The production was pretty problematic….. and I’ll be damned to admit I got a lot of great training from it. (V perverse dynamic)

Making theatre and performing was amazing. The lack of diversity was exhausting. All the department’s productions were insistently predominantly white spaces. Plainly speaking: not super inspiring and a lot of the material was written by white folks, directed by white folks, performed by white folks, for an audience predominately made of white folks.

I mean.. one… How is this not super alarming. Lol.

I wanted to work with diverse actors, we wanted to perform for a more diverse audience, but nobody with the resources seems concerned.

Jr year of college, 2015, I started producing independently. By 2016, my friend Bhargav and I teamed up to start our own company. Theatre is all about exchanging energy. What could be more appropriate for a bunch of young college kids? Thanks to these experiences, I learned the conventional theatre audience (predom. white) was neither natural not inevitable.

I hope these White American theatres know it is clear to us who they are thinking about and who they are not. No website mission statement can obscure the people who make up your house, your production, your team.

They like to call their audiences a “general audience.” If anyone has been to an institutionally-funded/well-funded theatre and looked around the audience, you quickly realize it is a very, very specific audience. They are most often middle or upper class beneficiaries of racism. I hate to dehumanize them like that but I need to communicate how dire and absurd their concept of “General” audience is.

If they truly want to serve a broader audience, these well-resourced theatres must unsettle their racist, capitalist foundations. Theatre is frickin beautiful when the environment is authentic and liberating. Sharing presence is such a simple, beautiful potential. Most systemically-marginalized folx are challenged to experience these beautiful simplicities because predominantly White spaces often require ridiculous mental gymnastics and numbing just to survive in.

Some most recent important events on the way to establishing my new theatre company today, Art Rat:

Soon after I graduated college, I went to Vermont to live in a tent for two months. I was at Sable, an artist residency program off-grid.

I got to spend two months living on a farm in the woods, with a handful of other artists. We worked on the land, enjoyed the fruits of our harvest, and created art with each other. I got to practice, with full agency and focus, how my principles would manifest in my art. I met some of my favorite people ever and radicalized heavily from all the reading I did.

And then you have to go home eventually! The program ended. Home was back to my mom’s apartment. I needed a job and I was ready to perform again.

I found a studio I could rent space in. I got a full-time office job to pay for the studio rent, and, you know, bills. Three months of rehearsal later, I mounted my first full-length one-woman show, 1-800 PERFECTION. That one was about a girl who runs a hotline for people’s dreams.

After that, I found confidence to put together a small company to create an all new show for an all new theatre company. I saved money to pay folks and then I found the right folx through auditions and interviews and a workshop. We spent three months creating an original show, exploring themes of intimacy and relationships as young adults. It was called “Antidotes of the Heart”.

Now, in a pandemic era, Art Rat is producing “Callus” by my good friend Jasmine Washington. It concerns the way racism is a public health crisis, following a Black family in Sacramento, CA. It’s a digital theatre show on Zoom, with 16+ Black, POC and allied young adult artists from all over the country collaborating on it.

I also wrote a book! It’s a docu-diary capturing the strange emotional purgatory that is our twenties.

Has it been a smooth road?
Not smooth, but very fortunate.

When you start organizing people to create a show, at an age as young as 21, and you’re working with other 20 somethings, life is not very stable. Especially for folks dealing with various miles of systemic obstacles. We deal with people coming and going, staying and leaving, some leave with great memories, some leave with bad ones.

It’s been a bumpy road indeed. I’m just trying to grow up to be a better collaborator. And I’m learning through actual experience. Plenty of times, you say the wrong thing or make the wrong choice. When you’re working multiple jobs and trying to manage a team, at such a young age, maturity is still developing. Even now, I’ve been producing YA-driven POC theatre for a couple of years now but I’m also 25, so I’m still maturing. I’m fallible as ever.

But persistence is key, I think.

You show up for yourself, you show up for the other people who show up, and that’s it. That’s the point, anyway. And then this point compounds through time.

But showing up for yourself is one of the most difficult things.

I needed Bhargav to start a theatre company with me the first time around, in college, because I was nowhere near secure or confident enough to do it alone.

There was virtually little to no support from the department or even a lot of my colleagues. So you build with the people in the fringes.

When I moved back to the LA area after college, I had left my network of collaborators — that was a hard adjustment. I spent years finding and working with amazing people and then I move!

With nobody to work with but a burning need to work on something, I undertook creating a one woman show. That was the loneliest process of my life. I invited a lot of old friends I hadn’t seen in years. They came through; it was the biggest blessing.

You just trust your work, trust your process — and secretly hope you weren’t delusional all this time.

Another challenge is how to compensate artists.

I can’t pay a lot (and early on, I couldn’t pay anything!), so the process needs a lot of love and authenticity — things you can’t cheat, or force, or control. And even still, it’s like – where is the money coming from?

Art Rat believes if it’s not accessible to the poor, it’s neither radical or revolutionary.

We are not using our shows to make money. Our shows are pay what you can. Currently, its virtual, and it’s donate what you can.

So then my responsibility is to come up with a budget somehow. Fundraising — we had our first Art Rat Festival in February to fundraise. And thinking entrepreneurially in other areas. I recently wrote a book 🙂 and all proceeds go to Art Rat.

I do work a full-time office job – and currently, it’s one of the biggest challenges to balance and manage my creative ambitions with my financial realities. This is the bane of every artist under capitalism and I think anyone in a similar bind will feel me on this one.

Time is the biggest sacrifice and then comes energy.

Where is the rest?

Where is the time for “nothing?”

So, as you know, we’re impressed with Art Rat Theatre – tell our readers more, for example what you’re most proud of and what sets you apart from others.
Art Rat Theatre is an indie theatre vehicle that serves young, indie artists of color. We’re here for those who don’t want to assimilate into industries of art and entertainment and are otherwise neglected by industries of art and entertainment.

I’m proud of our mission to always strive to compensate artists for their work. Especially because the people we work with are independent artists, are frequently marginalized in systematic fashions, and have so much ability and potential but not enough freedom and justice in the greater industries of it all.

Art Rat is anti-mainstream only because oppression is mainstream. We strive to see and debunk colonial-capitalist values in our creative processes. When making money is not a priority, but compensating artists is, how to do that is the interesting question. So with Art Rat, I’m asserting that it is possible, and our existence will continue to pioneer this reality.

At the time of writing this, we’re in the show week of “Callus”! Can you believe we produced a full theatre show on Zoom? With a lighting designer, scenic designer, original music… We’re an original theatre company driven by a young, multicultural diaspora of indie artists. We’re doing this. We’re not waiting, you know? I love it.

Let’s touch on your thoughts about our city – what do you like the most and least?
Likes: The diversity in cultures and people. The way you can still find so many radical poc-centered spaces. I love all the orgs that exist working year round to demand justice and to protect and care for the vulnerable.

Dislikes: What I like least is the stuff that plagues our whole country. The instituted racism. The BUDGET FOR LAPD like wow. The gentrification and how our systems treat unhoused people. Cultural obsessions with wealth, accruing wealth, and material wealth. The way we are at the epicenter of the entertainment-and-entertainers-as-commodity culture. And all the toxic influences this has on all of us — the way we treat other people and treat ourselves. I think being this close to the Mainstream Entertainment Capital of the U.S.A, it’s not easy fishing yourself out of their thick, widespread, toxic, colonial soul-sucking forces. 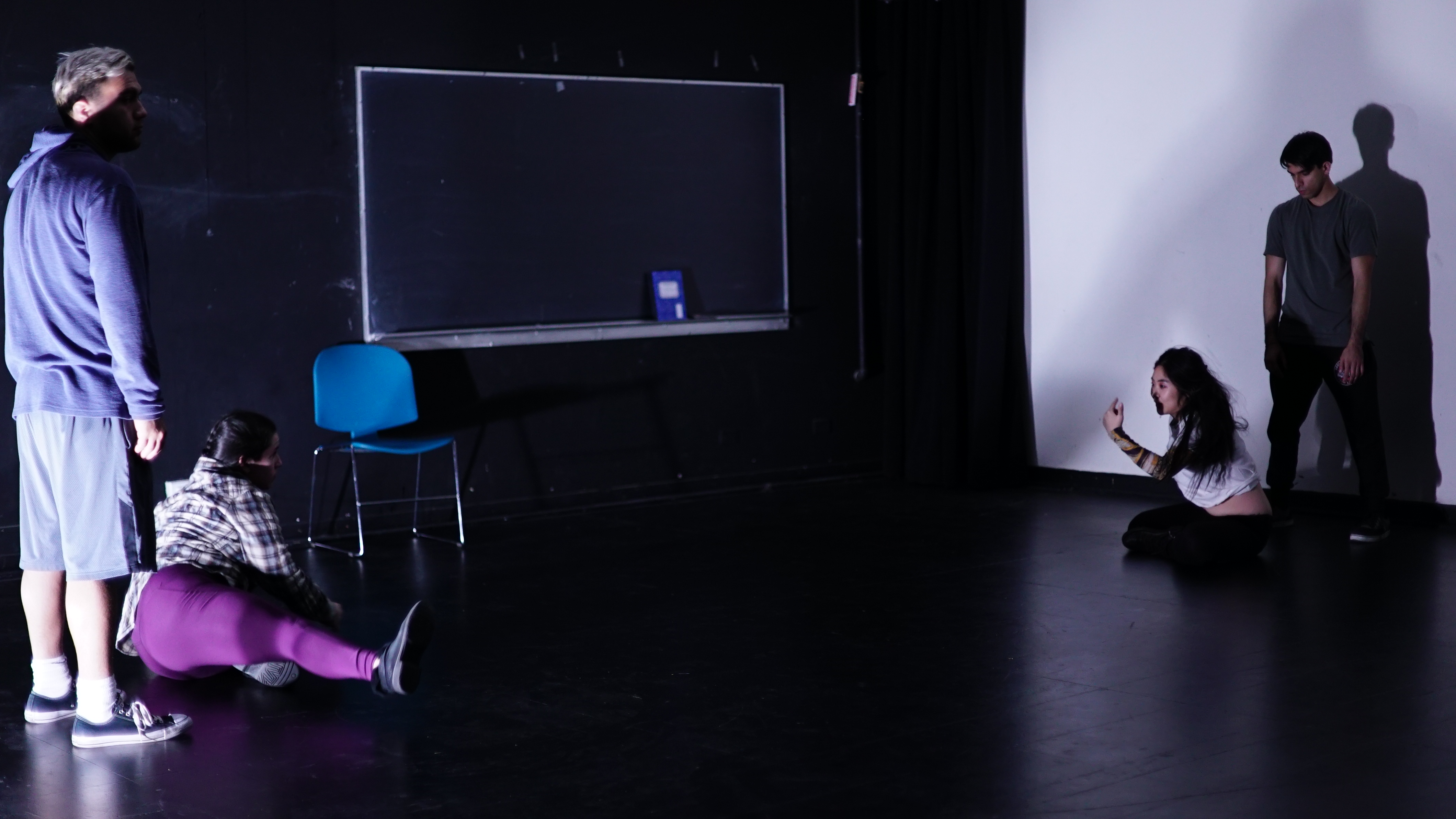 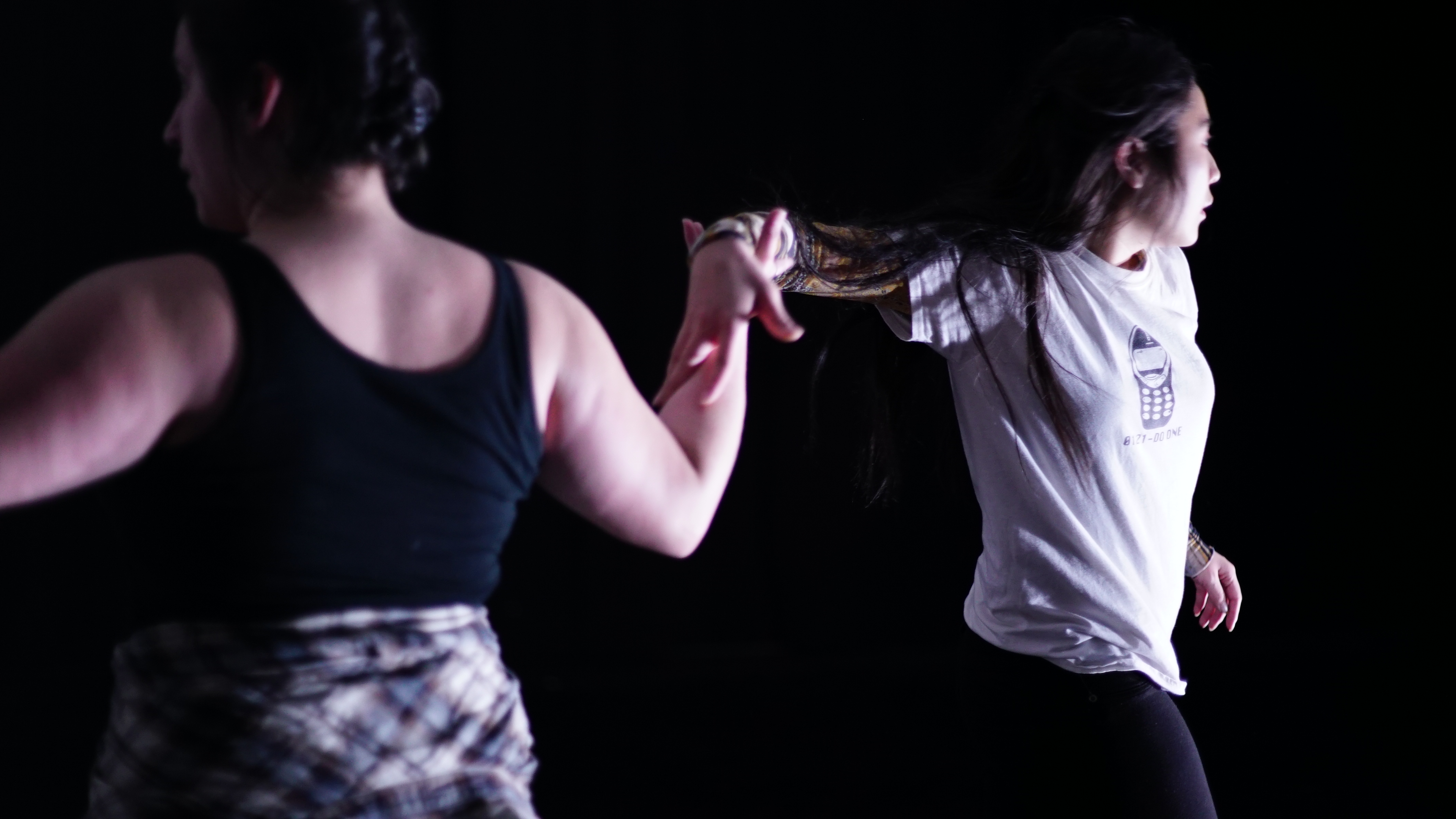 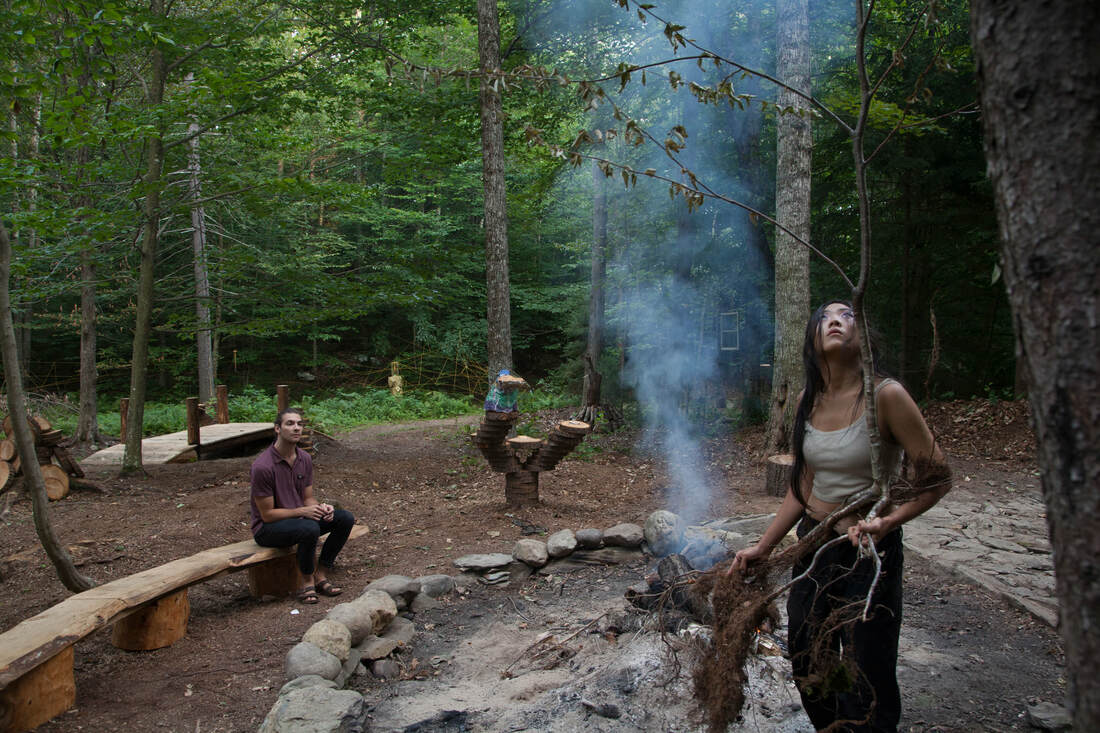 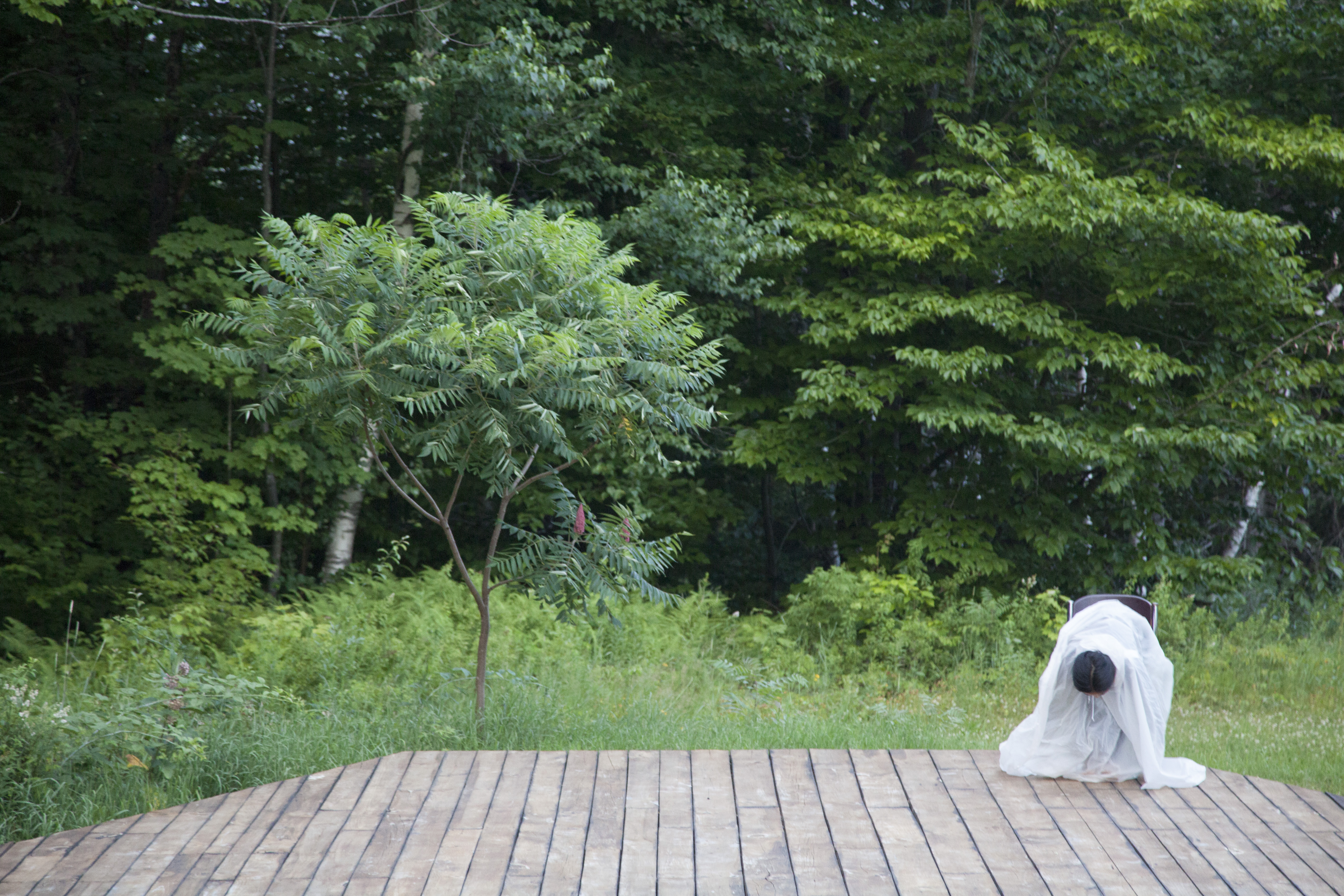 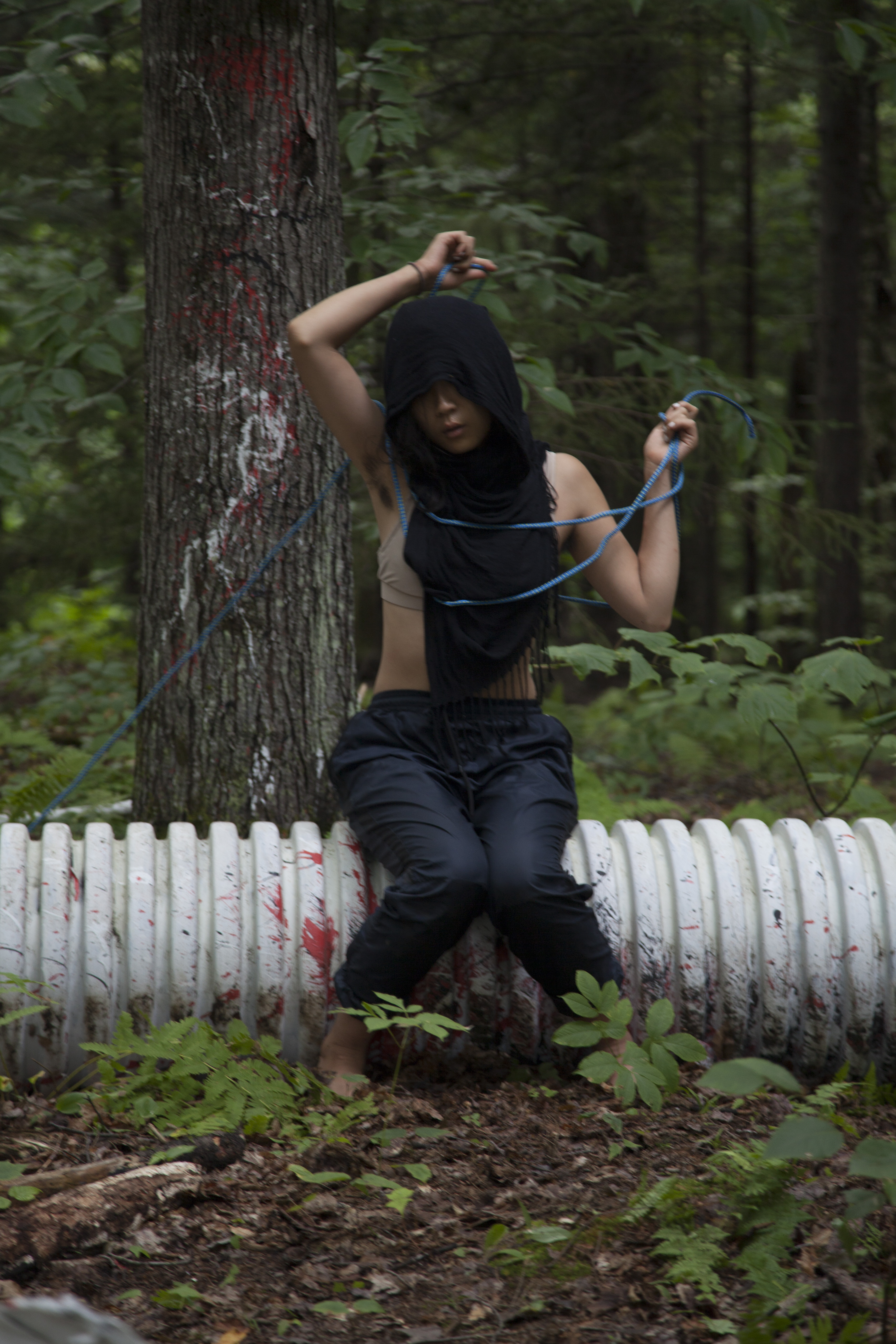 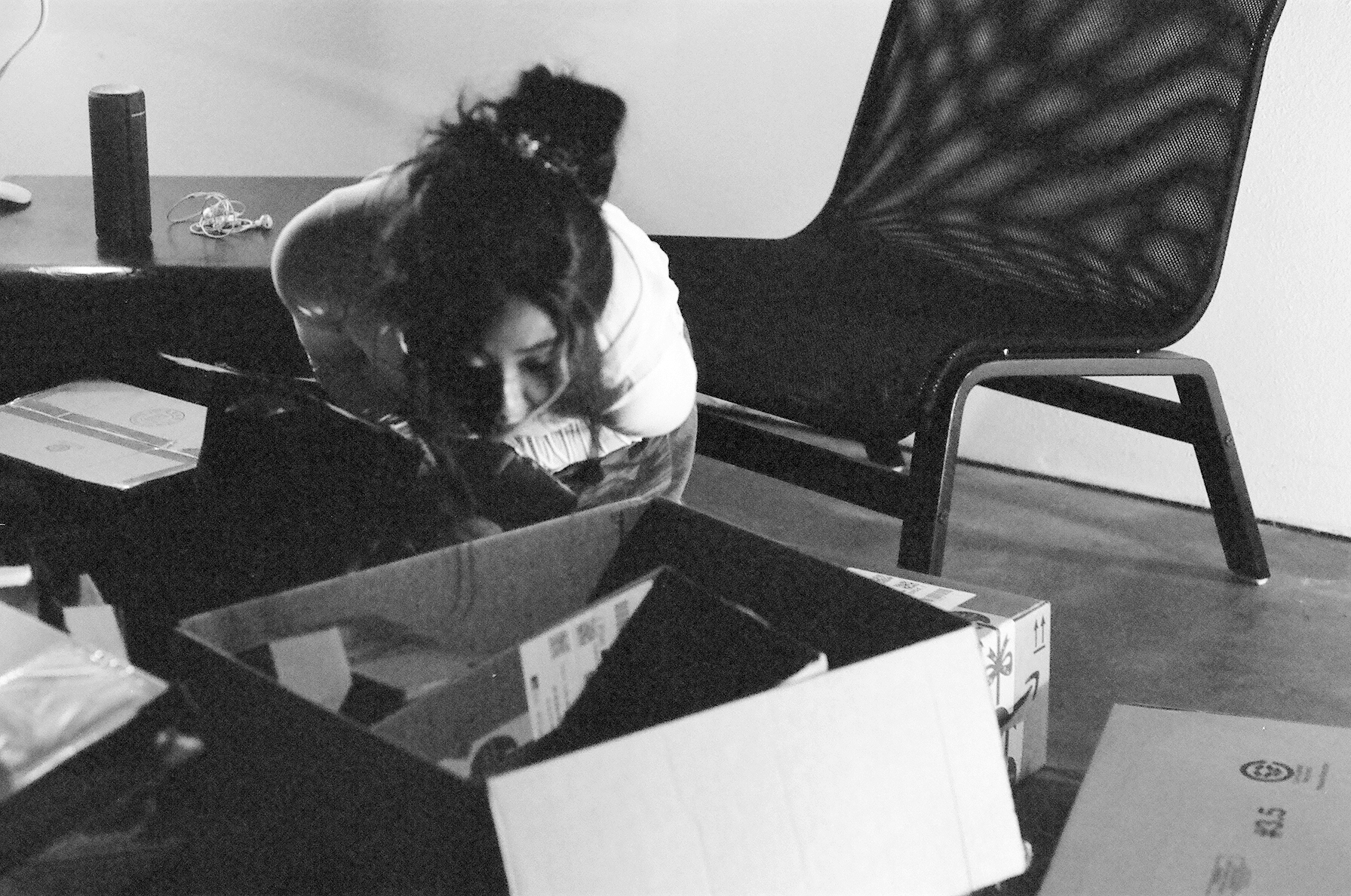 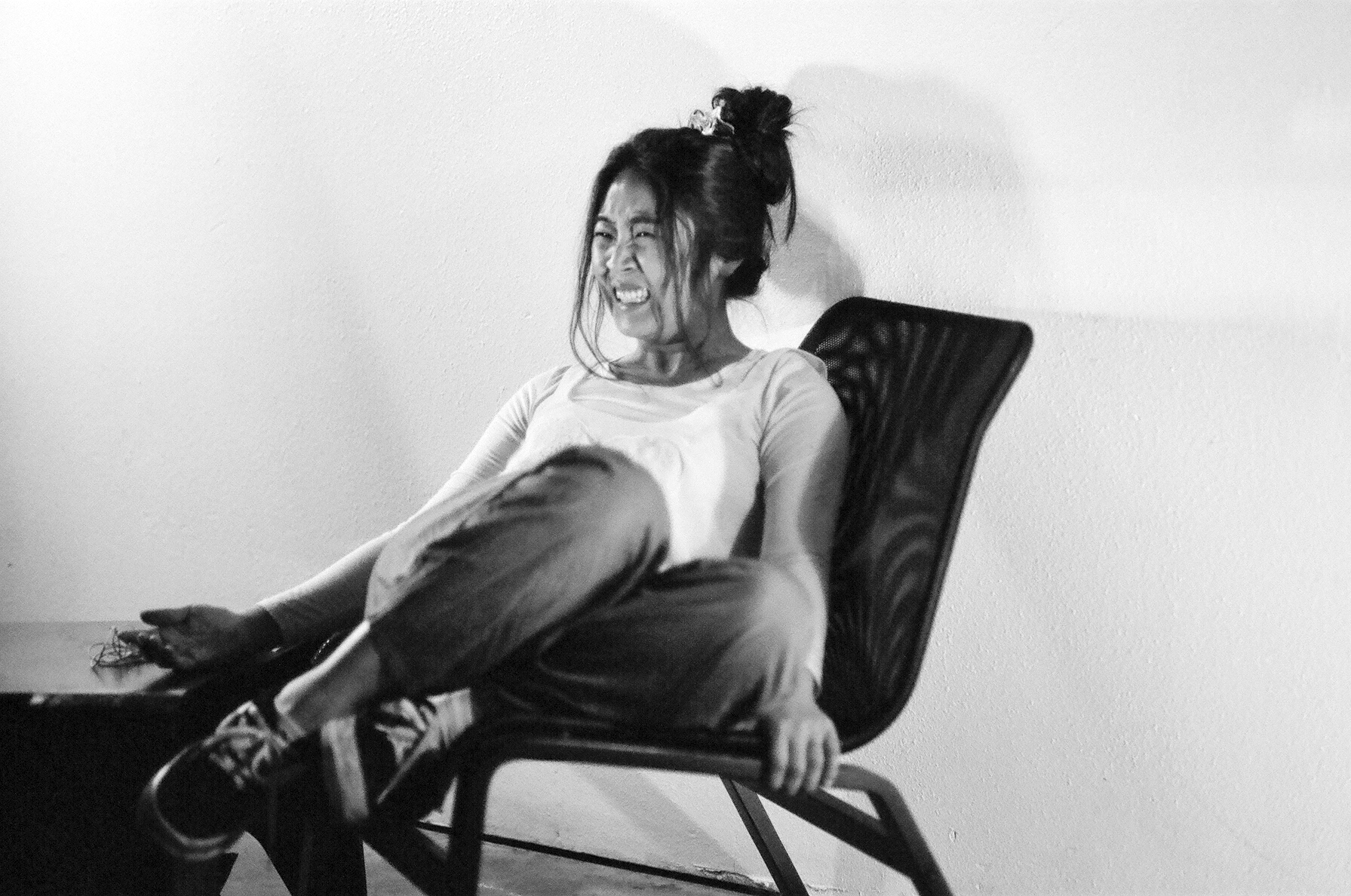