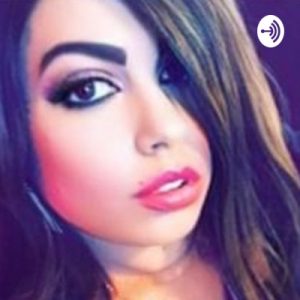 Today we’d like to introduce you to Rosa Enid Cosme.

Rosa Enid, please share your story with us. How did you get to where you are today?
My health journey and Radio Hosting began right here in Deptford Township, NJ. I was born and raised in North Philadelphia. The City of Love aka “Philly”. It’s Latin & Urban Community, Urban Music, the Historical parts of the City, the festivals, the people very humbly and friendly. Philly is world-famous for their famous Cheesesteaks, Tastykakes, Goldenberg Peanut Chews, Water Ice, and Soft Pretzels. I will always be proud of where I come from.

Philadelphia, at a very early age, my parents would call me a ballerina I would always love to entertain them with tiptoe dancing always shaking my bottom on tables, stairs, everywhere. As I was always told by family members that I just loved to dance and entertain them. Unfortunately, At the age of eight, my three younger brothers and I were placed in a foster home. My father was such a hardworking man, a provider but overall the best father anyone could ever want. My mother always had suffered with heart problems and mental health. My brothers and I grew up in separate homes until one day, foster parents surprised me with a visit and the News that I’ll be returning back to my parents.

In 1997, I was diagnosed with ovarian cancer; immediately I underwent an urgent surgery. I fought it & beat it. During this time, I was in a relationship that brought much tears, alcohol abuse, verbal, mental and domestic abuse. After a few chances on that relationship; I realized It wasn’t healthy nor promising. I just couldn’t be in it any longer. Moving on, all I can say is that the only thing I had truly gained in that relationship were my two beautiful daughters. I was blessed with my firstborn child on Dec of 1998. And, on December 13th,2000 I was blessed with my second born child.

In 2004, I started to work for an Industrial – Logistics company. I was there for about four years as an Inventory Cycle Counter Lead for the 3rd shift crew. In fact, I was blessed to have met my Soulmate at that workplace; I then made a decision to move from Philadelphia to New Jersey and moved. The best decision I’ve ever made, GOD has blessed me with a great husband, best friend, lover, and overall the Father to our daughters Sam and Tanairi.

Overall, has it been relatively smooth? If not, what were some of the struggles along the way?
No, it has not been a smooth road for me because at such a young age, I was so sad to be away from my parents but most importantly I was devastated to see my baby brothers cry and not wanting to leave my father. We were put in a car and that was it… after that; as a teen my actual first relationship lasted on and off for about 5 – 6 years. Then at the age of 17, I was diagnosed with Ovarian Cancer and at the age of 21, I had a tubal ligation plus a partial hysterectomy procedure. .What does that mean? It means I could never have any more babies. It literally broke me.

At the age of 24, I went to Puerto Rico which was suppose to be for only two weeks to celebrate and get a big break from all that was going on in my life at that current time… It was a gift from my best friend Chrisie for my birthday month. On that Trip; I was so blessed, I’ve met so many family members for the first time including my older siblings on my father’s side.

On the week of 4th of July in 2004. I had returned back to Philadelphia that’s when I had decided to seek employment in New Jersey (Night Shift) and immediately a friend of mine who worked for an employment agency called me in and told me about a position opening up. I quickly started and next time you know I’m a Lead for the company leading a cycle counting crew of about 12- 18 employees.

Moving on… late 2010, early 2011. I was experiencing severe nerve pain on my face, mouth, jaw and ear. (Left side of face). I thought all along it was a toothache or something wrong with my back teeth. I went to see a Dentist and immediately I was told to remove both of my back molars (both sides) once I undergo that dental procedure I should then feel immediate relief. But, it didn’t go as I were told. I was suffering so bad that I literally wanted to bang my head and face against a wall because it was excruciating; that pain literally had taken control over my mind and felt so confused, That’s how bad it felt… as time passed in 2011, I was rushed to the hospital, I was weakened, I couldn’t open my mouth, my jaw was locked, burning sensation on the tongue, etc. EXCRUCIATING! At the ER after so many testings, I was told that I’ll have to seek a neurologist immediately, I was diagnosed with Trigeminal Neuralgia.

What is Trigeminal Neuralgia? is a chronic pain condition that affects the trigeminal nerve, which carries sensation from your face to your brain. If you have trigeminal neuralgia, even mild stimulation of your face — such as from brushing your teeth or putting on makeup — may trigger a jolt of excruciating pain. Treatment can help, but this condition can’t be cured. The main cause of trigeminal neuralgia is blood vessels pressing on the root of the trigeminal nerve. This makes the nerve transmit pain signals that are experienced as stabbing pains. Pressure on this nerve may also be caused by a tumor or multiple sclerosis.

Moving on… in 2015 in my case I was Scheduled for an MRI, Ct Scans amongst other testings… I was then told to come in because they saw or let’s say they found a tumor on the same area of my Brain where they were planning to go in and Hoping to grant me relief. With that being said; I underwent an Open Brain Surgery & MVD (Microvascular Decompression Surgery) to place a teflon between the main artery and veins to prevent these nerve pain. Unfortunately, no luck on the Glioblastoma it couldn’t be reached.

Immediately, I was scheduled for weekly chemotherapy and radiation treatments with the hope to remove the cancer and minimize or remove the tumor itself. Time has passed… and I beat the first term. Sadly, to say that in 2016 the cancer had returned and this time the news were devastating not only to me but my husband and our daughters too. I was told this time I had about 3 – 6 months of survival term and I would be placed on hospice status. I would say this was much more powerful than I, I was afraid I couldn’t fight it! I was afraid I would leave my daughters and my husband. I was afraid to die. So much went through my mind. As time passed, I was able to push through and go on a remission status which in reality, it’s not remission is more like being stabled because once again Glioblastoma has no cure and its fatal. You just have to figure out ways to fight it, beat it! Most importantly much Faith, HOPE and overall FIGHT THE FIGHT !!! To your very last breath. To be honest, I am very grateful to my family and close friends they definitely were a big part of my Strengths if it weren’t for them, I don’t know where I would have been at right now! Or If I’ll be sharing this with you. It did return once again but as of last October, I’ve been clear from Brain Cancer. My tumor still remains but in Good standing. In 2019, I did develop Pot Syndrome do to all the treatments, medications and therapies. I am currently on Supplements to control those episodes.

Earlier this year, I had a big scare. I underwent a minor procedure on my Left breast and thanked God there’s no Cancer tissues nor cells; The Surgeon did such a remarkable job and were able to remove it successfully.

Let’s Go with Rosey The Boss Lady – what should we know? What do you do best? What sets you apart from the competition?
I am Co-Owner and Radio Host @powertripradio. It’s a Radio Talk Show/Podcast bringing our listeners and followers the very best of us; the very best in every topic we bring to the table. We bringing you the hottest music right now, beauty tips, trending topics, news, exclusive interviews plus Latin Urban Entertainment.

Oh boy, so much more… All I can say we support strongly the New Talents/Upcoming Artist/DJ’s? Local Businesses etc. since 2008.

What I am most proud of as a company is that everything we do; we do it humbly and with no cost to the Guests and Audience.

What is “success” or “successful” for you?
I think personally Success is being able to achieve your Personal & Business goals, whatever they may be. Creating and maintaining balance in my life. It’s important to work hard and accomplish your goals, but it’s critical to remember to take care of yourself – exercise, eat well, spend time with friends, family, and loved ones. Success to me is knowing that my contributions positively impacted my company and my lifestyle… 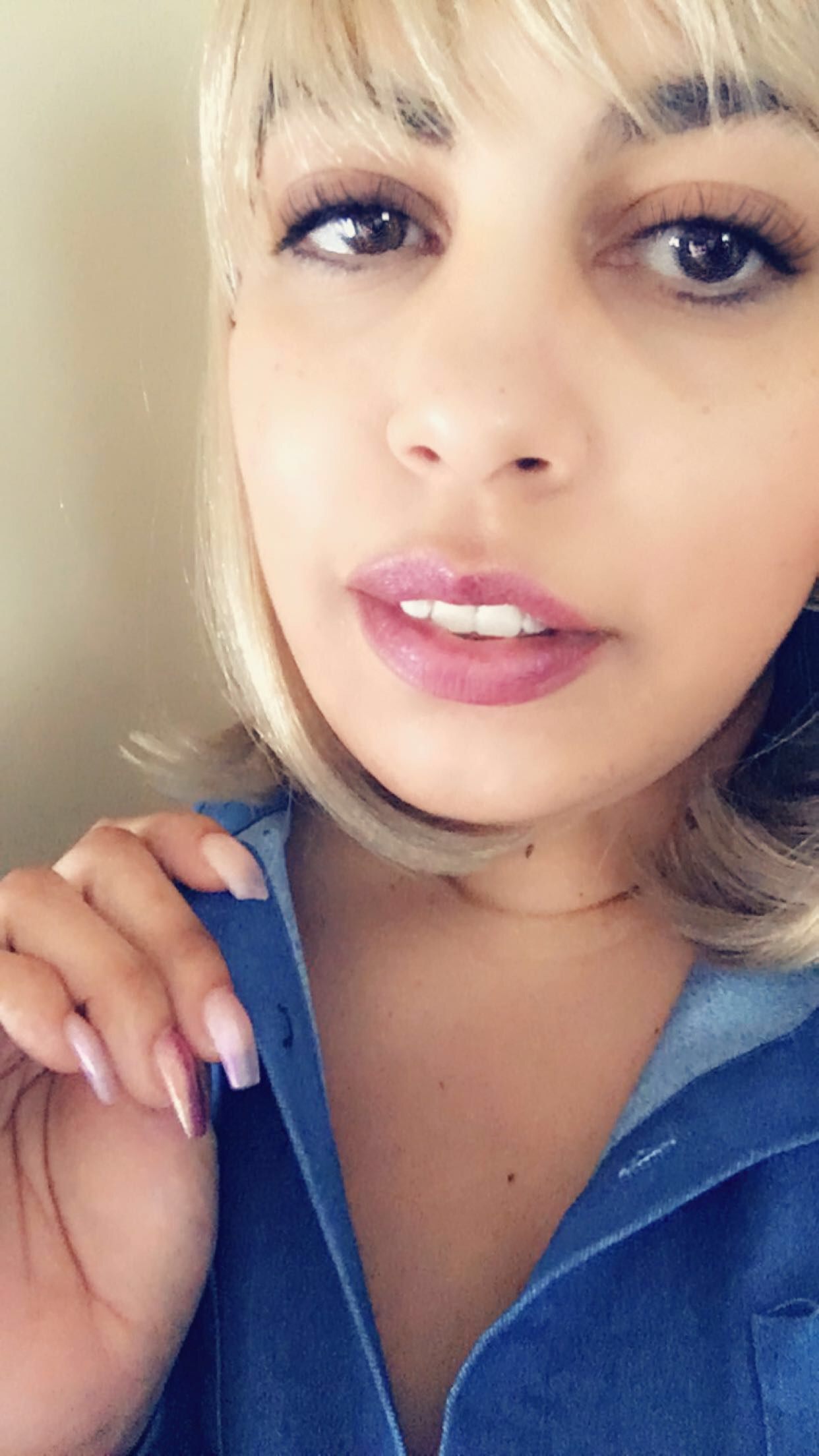 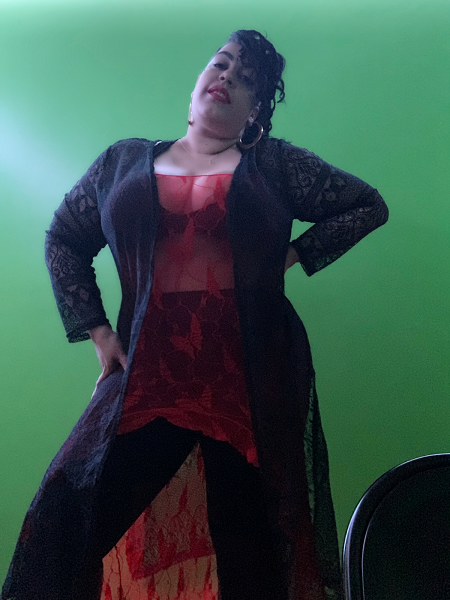 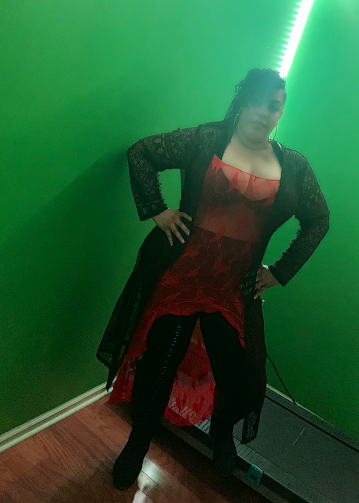