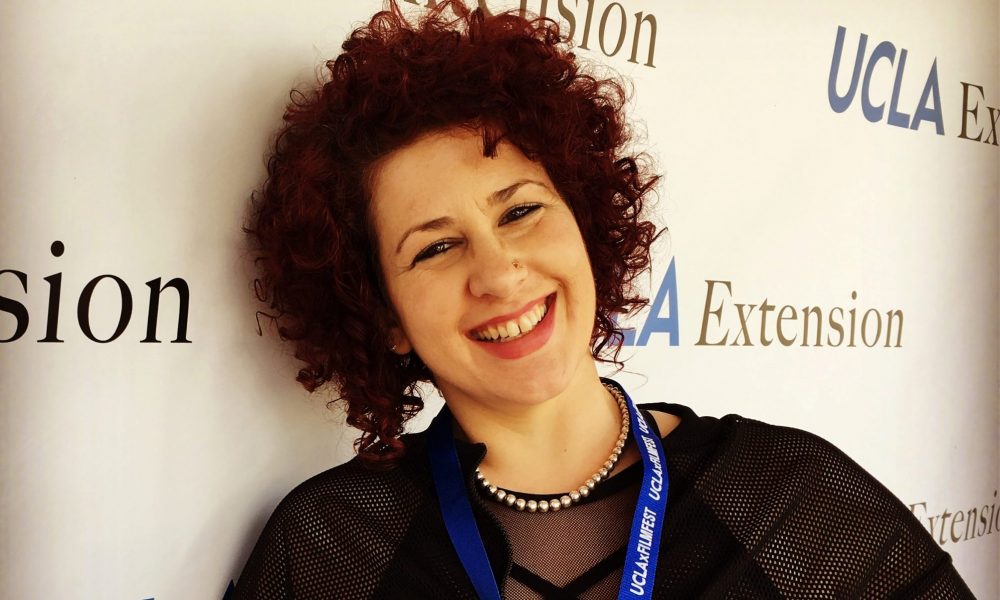 Today we’d like to introduce you to Rosa Costanza.

Rosa comes from two generations of family members who have worked in entertainment and who are award-winning TV and documentary film producers. Rosa’s grandfather Thomas Horton was Vice President of Capt. Jacques Yves Cousteau’s production company Thalassa, which produced the TV series “The Undersea World of Jacques Cousteau” and “The Cousteau Odyssey” in the 1960’s – 1970’s.

Her grandfather went on to form his own production and distribution company called “Thomas Horton Associates” (THA) and focused on undersea content, specifically sharks.

The late Thomas Horton was estimated to have created over 135 hours of shark-based TV programming for Discovery, NatGeo, and other networks. Rosa’s mother Ann got her start at THA and won awards for her work as a Producer on TV documentaries, which greatly inspired Rosa.

Rosa was first immersed in the behind-the-scenes processes when she started to intern on film sets with 16 years of age: these experiences endowed her with intrinsic knowledge as well as below-the-line perspectives that have strengthened her above-the-line pursuits.

Following the internships, Rosa transitioned to filmmaking by working as a technician; she has worked as a member of IATSE Hollywood Local 695 as a Production Sound Mixer since 2007. Past employers have included Warner Brothers, Paramount Pictures, Fox, NBCUniversal/Telemundo as well as the following networks: Hallmark, Lifetime, Discovery, NatGeo, and more.

In 2017 Rosa founded an independent development and production company, titled Seven Directions Studios, through which she is actively working as President and Head of Production alongside three partners. Seven Directions Studios currently has a slate of diverse productions in development at various stages, with a TV pilot shot for release in 2018.

Rosa is an Emmy nominated TV producer who has independently produced films, music videos, Grammy selected music albums and international events. The first short film she has written and directed, titled XING, has won 6 awards and has been accepted to 17 film festivals – most notably in Cannes at the Short Film Corner 2017. The XING short is a “proof of concept” for the feature-length script she wrote which is currently in development with initial investors.

Overall, has it been relatively smooth? If not, what were some of the struggles along the way?
Rosa was mentored by her Grandfather, TV writer/ director/ producer Thomas Horton.

One of the first things that he advised her was that “men in Hollywood are horrible to women”. He urged her to learn the technology of film production and to understand the behind-the-scenes processes completely. “Get into the trenches” was the advice that Rosa received, as this was a way to prove herself in the film production arena, to pay her dues, and to show dudes that she has got what it takes.

She did so, and became one of the first 20 women to achieve the highest job classification as a Production Sound Mixer in the IATSE Hollywood Local 695 – which she joined in 2007 and in which she was a member for a decade before taking an honorable withdrawal to start her new venture as a writer/director with her own production banner.

Working in Hollywood as a technician in a severe gender minority had its obvious challenges. The gender politics, inclusive of sexual harassment, are now well discussed.

In these concerns, Rosa showed leadership by writing an article to help highlight the career pathways of her peer group – women in IATSE Local 695. This includes women who work as Production Sound technicians, Video Engineers, Studio Projectionists and Data Managers. Highly technical fields. Rosa published an article in the “Local 695 Quarterly” magazine in 2015, six pages that highlighted the contributions and careers of 18 of her colleagues.

The experience of creating that article was not without controversy. Some women were afraid to be featured, fearing that any attention they received would lead to a negative backlash from their 93% male colleagues who would bristle against women receiving publicity for being minorities.

But the misogyny inherent in the system reared up as Rosa asserted that a line many women had stated be kept in the article – that more than a few women had expressed they had to “work harder, know more, be better” than their majority male counterparts had rubbed the editor of the magazine the wrong way. He wished for proof that women had to “work harder”, and this caused a conflict with the almost two dozen women contributors – who rightly refused to prove how they felt, and who instead stood by their statements and their right to feel the way they did.

Rosa also experiences sexual harassment and assault in the workplace, on a feature film shoot, and was featured in a Hollywood Reporter article speaking up for women “Below The Line” last year.

As she asserts in the article, being harassed in this way is not sexual at all. It is 100% about the competition doing whatever they can to knock you off your game. This is especially tough for women who are already in a minority on film sets because to speak up and react in some cases makes them look like the liability.

The struggle of being a pioneer and creating career pathways for younger women to tread is a challenge that Rosa has embraced completely. She is empowered by the wisdom of her Grandfather and knowledge that she has every right to the career she has worked hard to make for herself, no matter the benefit of having family in the business.

Cumulatively, Rosa has earned credits on over one-hundred film & TV projects ranging from across the globe: the USA, Canada, India and Africa. Her professional highlights include Video Utility on (2016) SULLY (Dir: Clint Eastwood); Video Coordinator on (2015) PARANORMAL ACTIVITY: The Ghost Dimension (Dir: Gregory Plotkin); and Recordist for (2011) THE FUTURE (Dir: Miranda July).

In addition, she has a music production background, which she attained after receiving a certificate in Recording Engineering from the Institute of Audio Research in Manhattan. Rosa recorded traditional and contemporary East African music in Tanzania for a three-year ethnomusicology project from 1998 to 2001. Subsequently, Rosa has served as a Voting Member of the National Academy of Recording Arts and Sciences (NARAS) for over 14 years.

Recently, Rosa was a panelist at The Academy of Motion Picture Arts and Sciences (AMPAS) annual Career Summit 2016. The Academy- Careers in Film Summit. http://www.oscars.org/events/careers-film-summit-2016

Rosa is nominated for an Emmy Award this year, for producing a TV episode with the LAUSD called “Spotlight Arts: Stand Up for the Arts”, which was broadcast on KLCS in 2017. She is nominated in the Independent Programming category alongside the LAUSD team: Executive Producer Rory Pullens, Producer Jill Beale, and Associate Producer Mike Marangu.
Link: https://www.emmys.com/news/awards-news/70th-los-angeles-area-emmy-awards-nominations-announced

She has presented lectures on Production Sound and Audio Post Production for the Ojai Film Society, for whom she has been a Guest Speaker annually since 2016. In 2015, Rosa mentored female film students at Utah Valley University’s FEMME program. In 2012, Rosa gave Master Classes in Production Sound for Film and an Industry Overview seminar for film students at Orange Coast College in Costa Mesa, CA. In 2010, Rosa presented a lecture on Sound in Documentary Filmmaking as part of an event at Yale University’s Film Studies Center. Rosa enjoys mentoring individuals who aim to establish a lifelong career in the entertainment industry, and she firmly believes in volunteering her time for the arts.

Alright – so let’s talk business. Tell us about Seven Directions Studios – what should we know?
The imperative of Seven Directions Studios (SDS) is to discover, develop, and curate content for the global marketplace. The ability to promote dynamic and diverse content across multiple media outlets and across cultural barriers is the hallmark of our production, irrespective of the genre. The company’s ability to create well-crafted content depends on the inherent trust that the team members have in each other’s instincts and abilities.

SDS is a creative clearing house with a Greenlight process that promotes access to the intellectual property selected on our founding principles. We rely on our networks of industry-specific professionals to connect with collaborators and rely on our core team of partners and advisors to offer oversight over operational, legal, marketing, and sales related matters.

Part of our brand promise is to facilitate between the creative aspects and the business aspects of the industry by leveraging resources and relationships to protect content creators and to advance projects with their best interest in mind. As a result, our out-of-the-box thinking turns projects into multi-media platforms that are suitable for both traditional and non-traditional sales and distribution models.

The mission of SDS is to engage complimentary skillsets to produce creative and competitive projects that establish SDS as an entertainment company with endurance in the global marketplace. The vision of SDS is to combine creative instinct with business insight to deliver a diversity of stories with a social conscience.

Any shoutouts? Who else deserves credit in this story – who has played a meaningful role?
Rosa has been mentored in her career by many accomplished people and is grateful for the elders who take time to share their knowledge and love of the filmmaking art and craft with younger people.

Some of the mentors to mention are:
– Her Grandfather Thomas Horton – Writer/ Director/ Producer of TV & Documentary Films
– Her Mother Ann Horton – Producer – former Administrator of the Yale University Film Studies Center
– Liz Radley – Filmmaker – Liz Radley is an accomplished filmmaker who has produced and directed documentaries and educational programming, along with a TV series aired on PBS, titled “Living With Animals”. Her unique Iwo Jima documentary is included on the Clint Eastwood DVD for “Flags of Our Fathers”.

Liz has over 100 feature film credits, she has been a part of Clint Eastwood’s core team since 1999 working as his personal documentarian. Liz is a member of the Academy of Motion Picture Arts & Sciences, the Director’s Guild of America, the Motion Picture Editors Guild and the International Cinematographers Guild.

– Bill Daly – The late William Daly was Rosa’s first mentor during her apprenticeship with him in NYC in the late 90’s, where she was a Production Sound Intern on the set of “NY Undercover” for Dick Wolf. Production sound mixer William John Daly, worked in film and television for 40 years, helping to develop a key innovation in the field and earning credits on projects ranging from Oliver Stone’s “JFK” to Dick Wolf’s “Law and Order” franchise. Rosa listened to him and learned during her internship of over 9 months.

– Geoffrey Clarfield – Rosa met the Canadian Ethnomusicologist/Anthropologist and Author Geoffrey Clarfield during her time in East Africa when she conducted a field recording project to document traditional music in three regions of Tanzania. Mr. Clarfield is also an Africanist who lived and worked for sixteen years in East Africa as a researcher and, in the capacity building of research and development institutions in the region. He conducted four years of fieldwork among nomadic tribes on the border of Ethiopia and Somalia.

His clients have included the governments of Kenya, Tanzania, Ethiopia, Norway, Switzerland, Italy and Canada. He has been a consultant to the UN and the Rockefeller Foundation and was Curator of Ethnography at the National Museums of Kenya from 1990-1995. During his six years in Tanzania, he produced a documentary film on the people of Hanang district called Facing Mount Hanang – which Rosa worked on wearing many production hats and recording location sound.

Seven Directions Studios Partners:
– Gregory Costanza – Rosa’s Brother & Business Attorney – Gregory has helped structure and create the production company and all the single motion picture entities and other production entities that are managed under our banner.

– Grant Gilreath – Entertainment Legal Counsel & Specialist in China’s Film Industry – Grant has a unique global perspective as he splits his time between Hollywood and China, is fluent in Mandarin and has authored a book in China titled “Don’t Mess With China” about the film industry there. 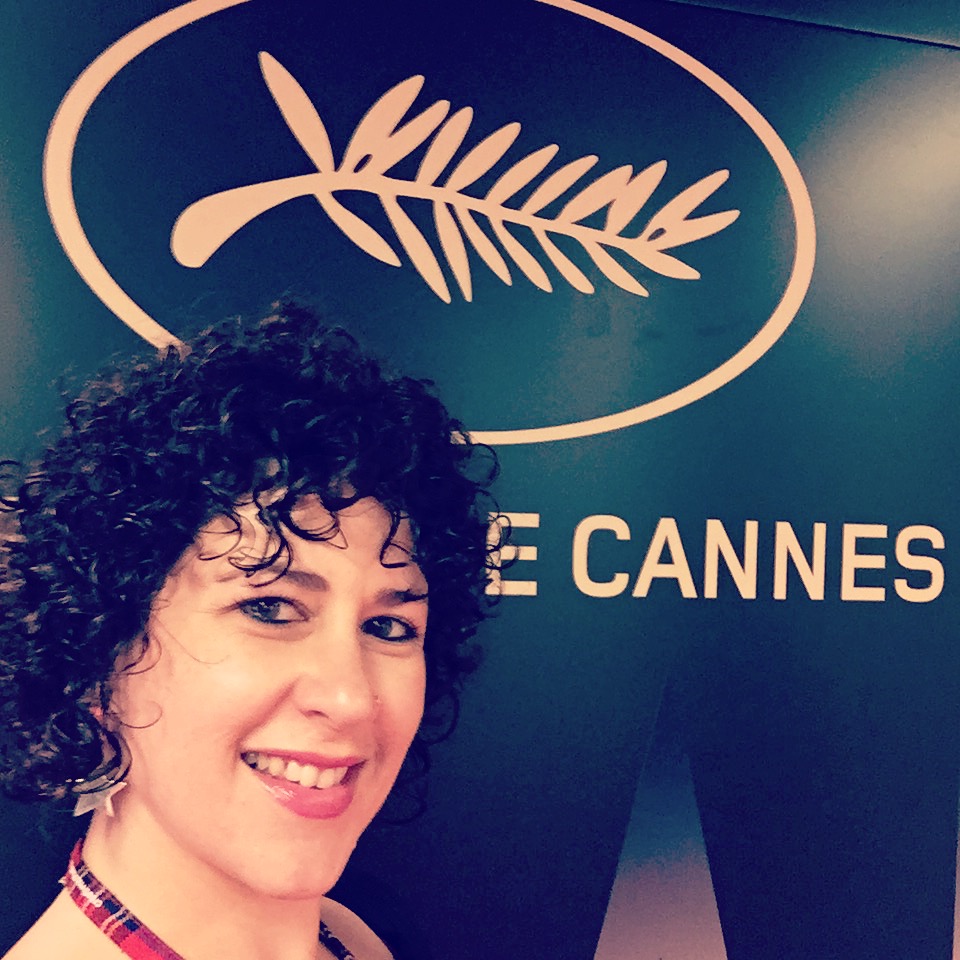 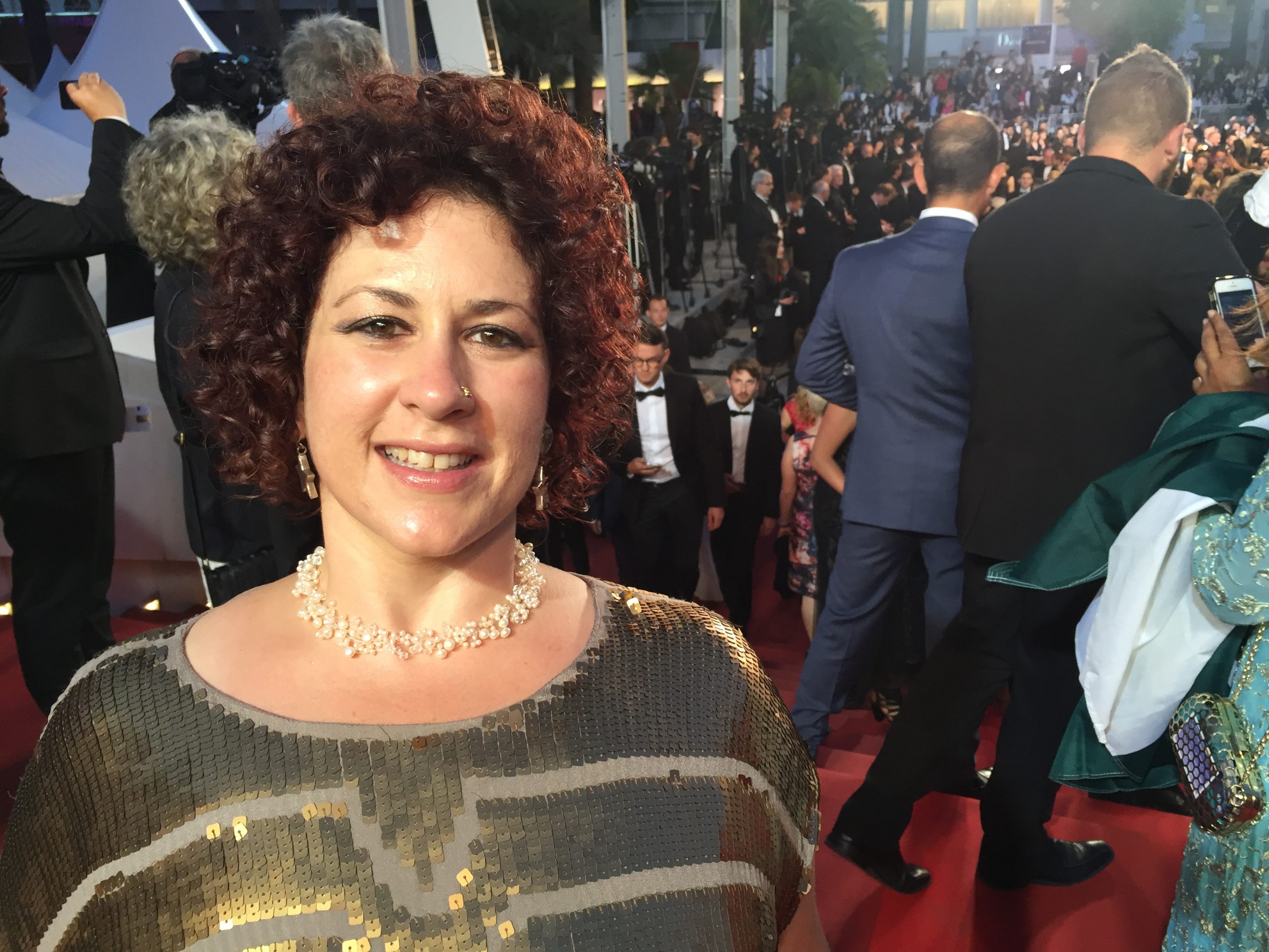 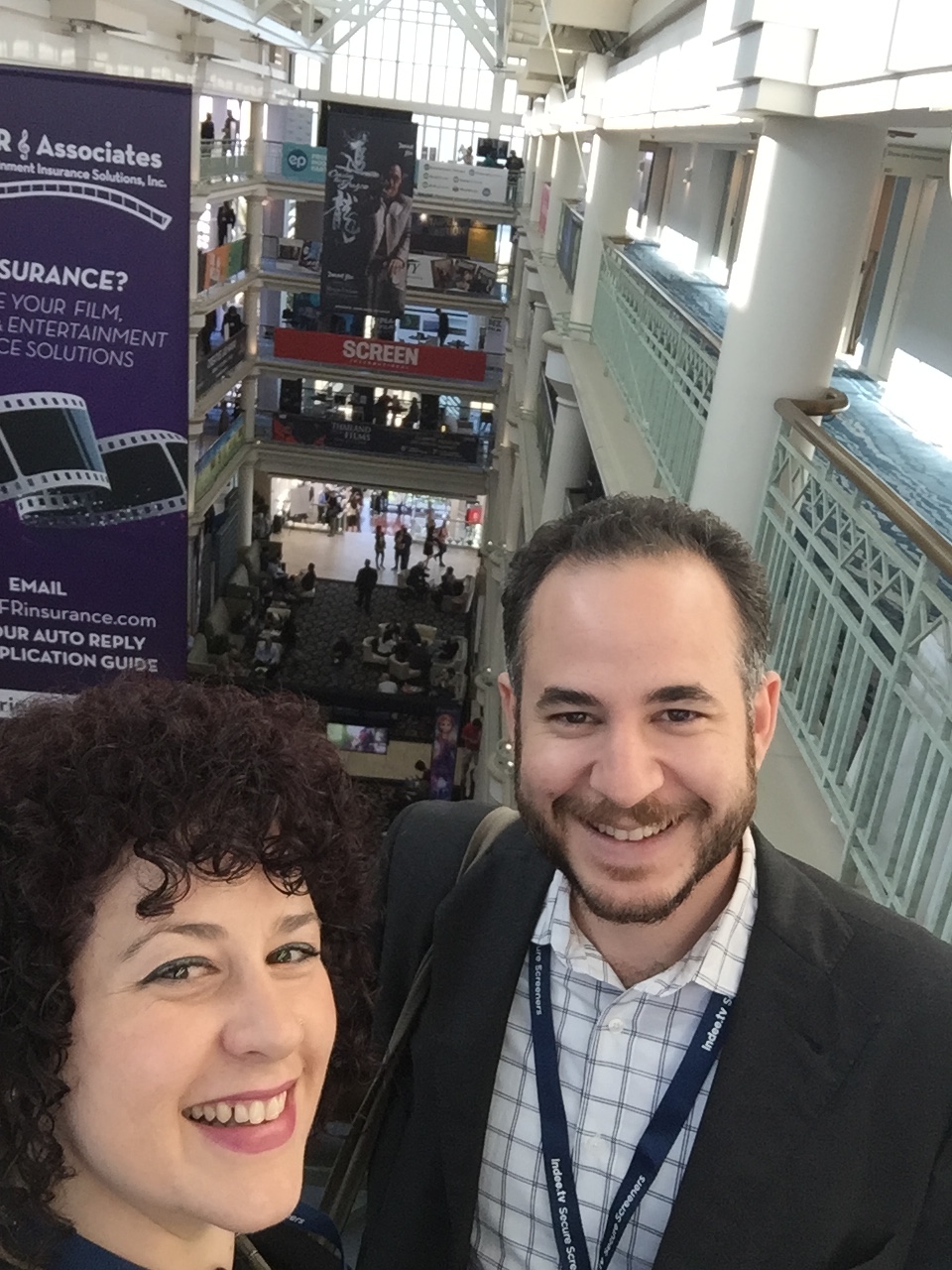 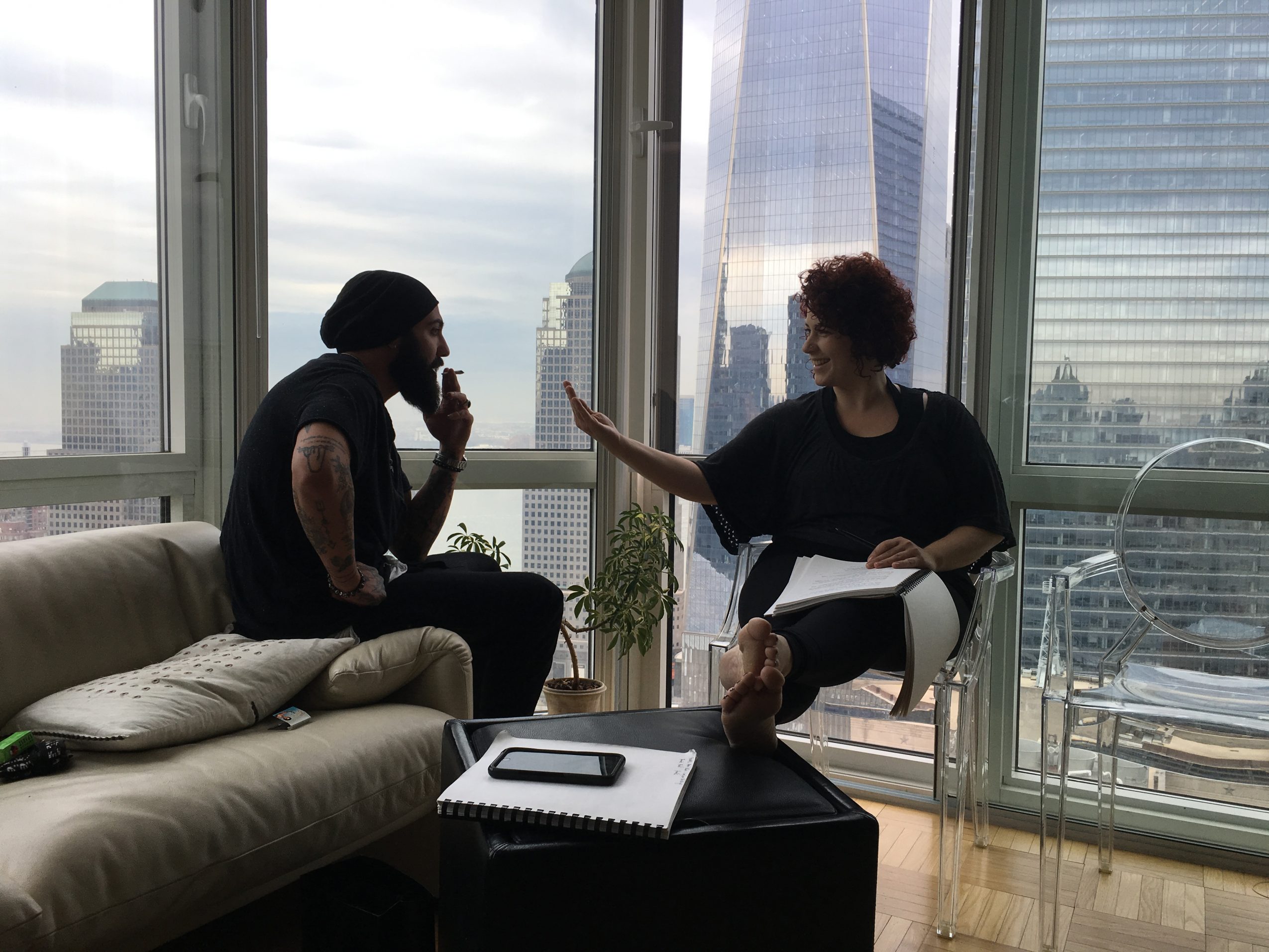 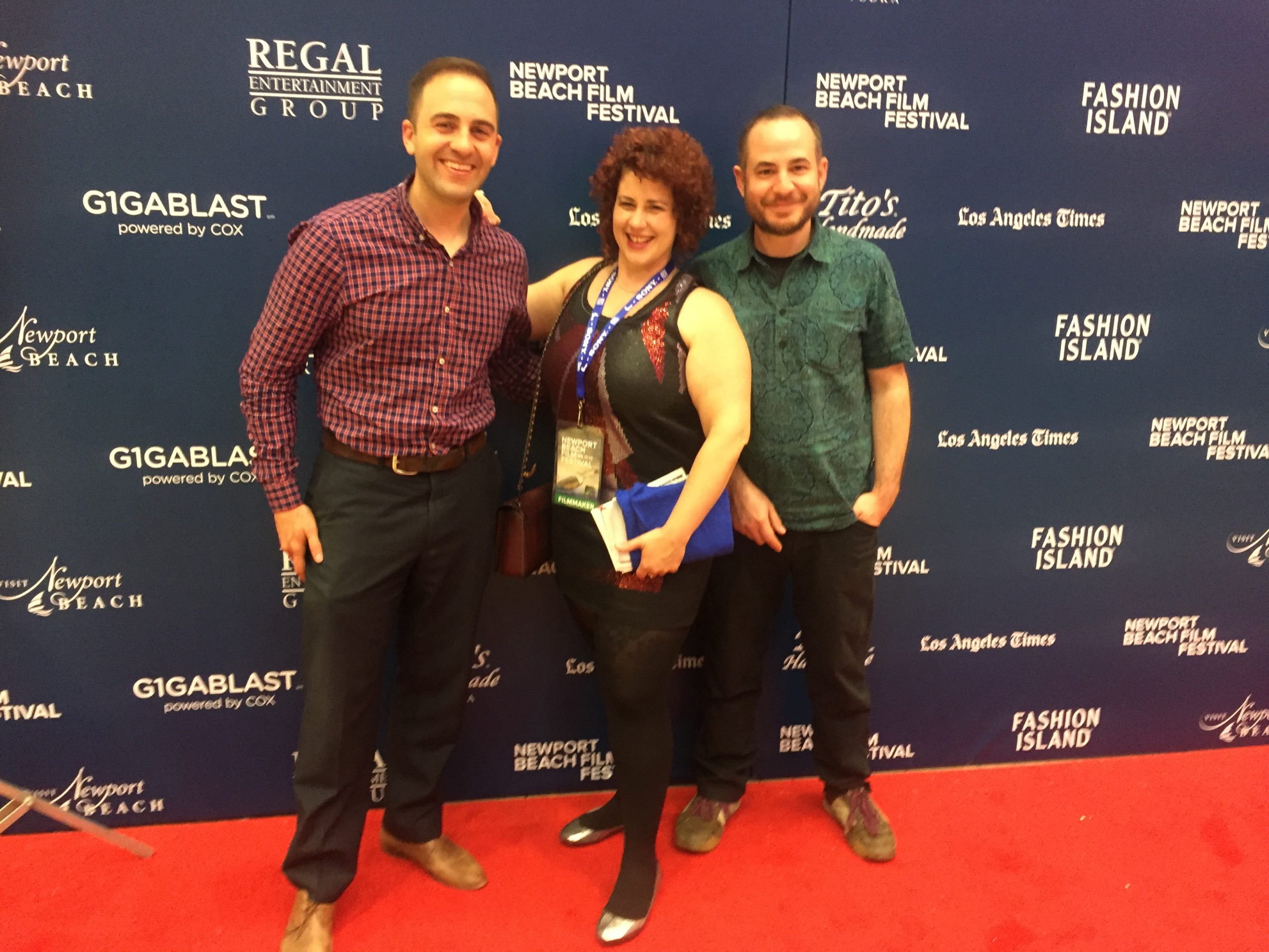 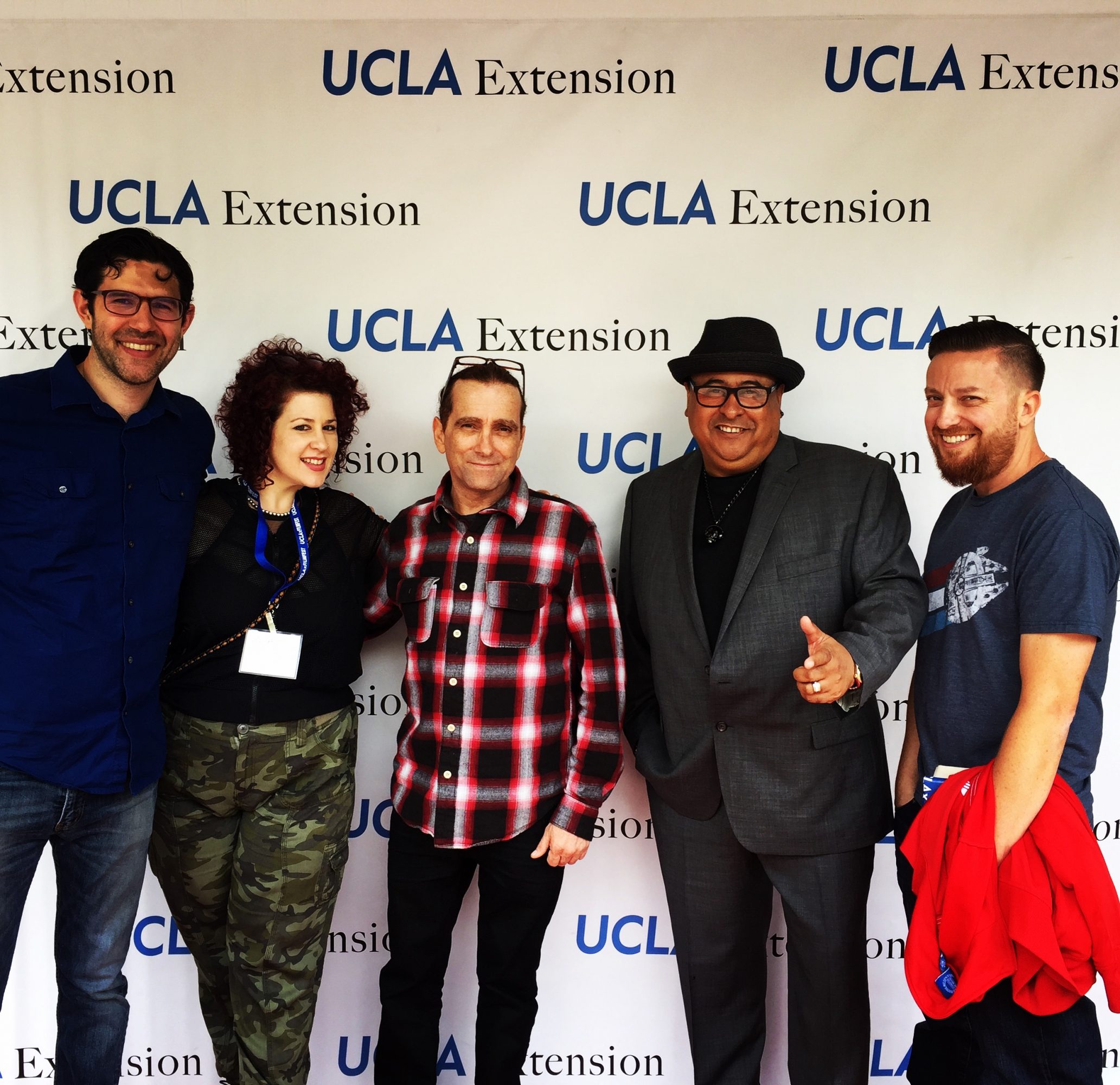 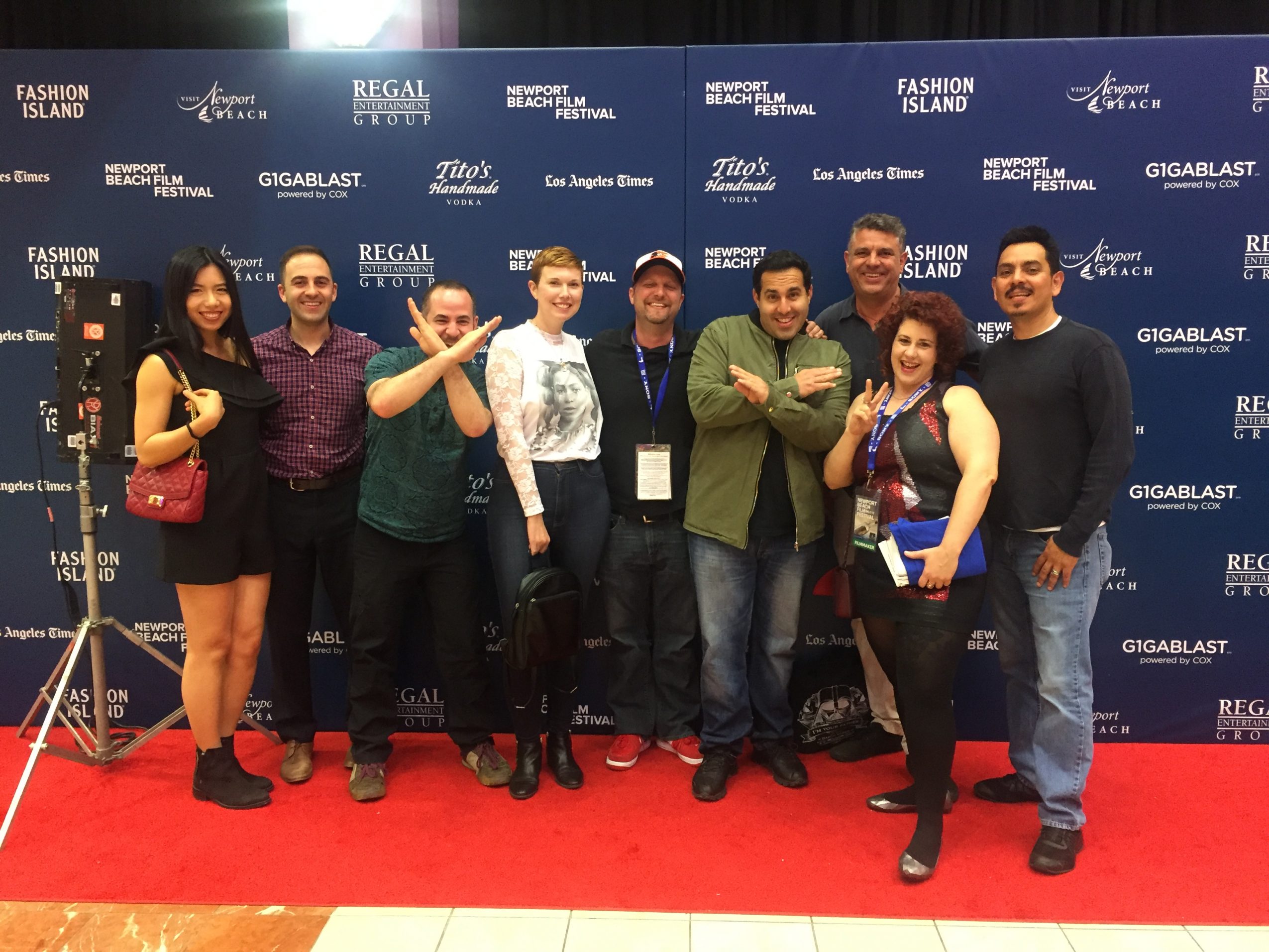 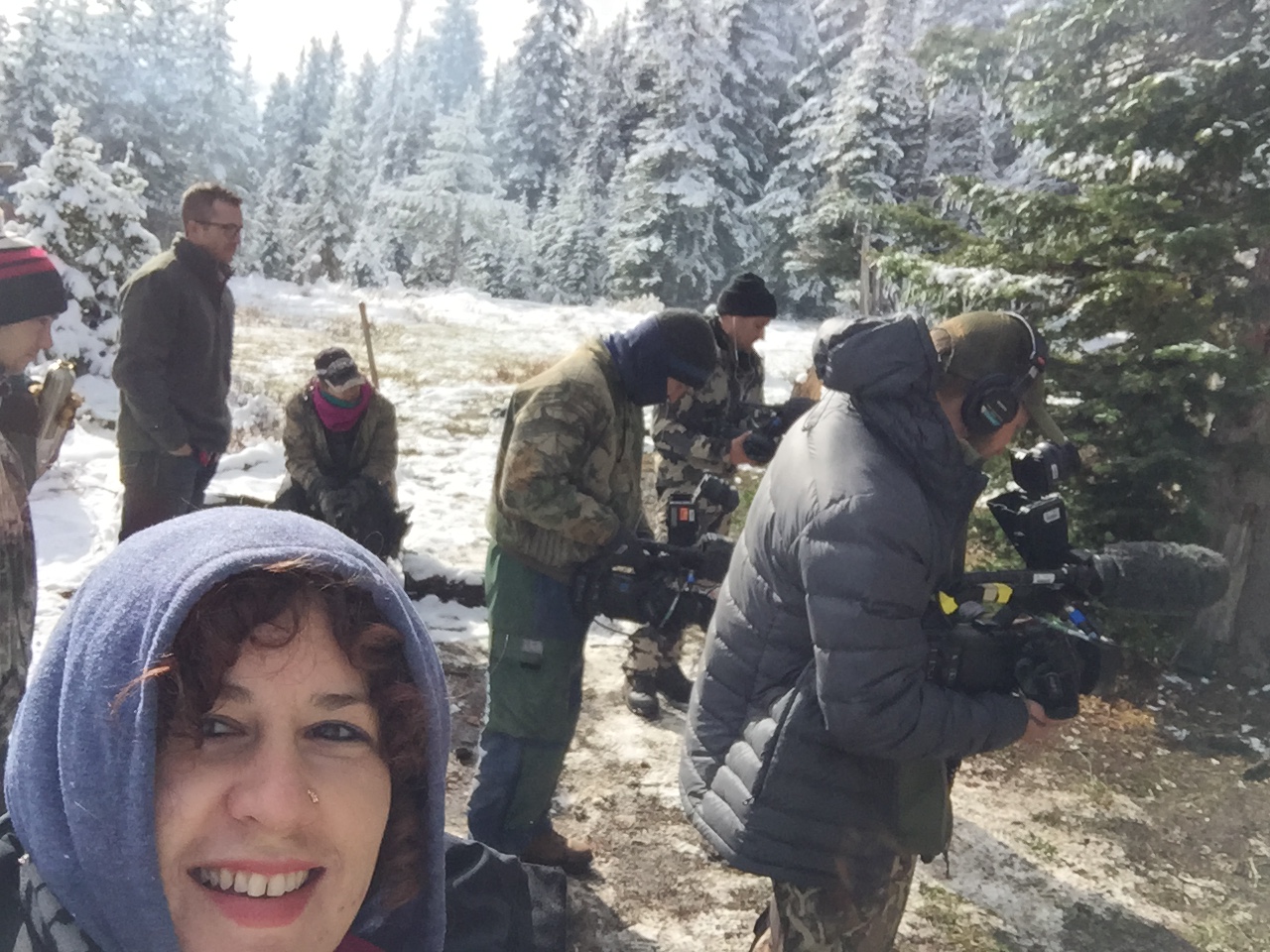