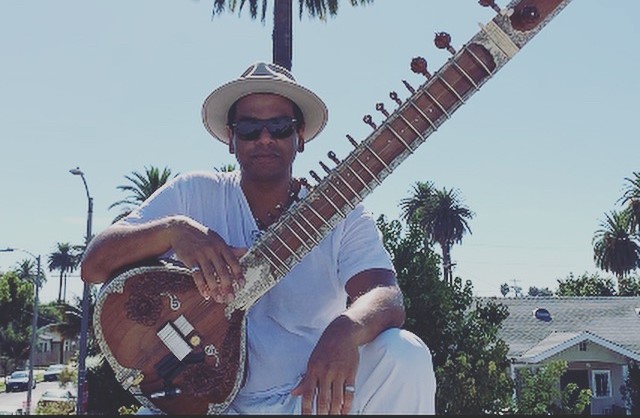 Today we’d like to introduce you to Ronobir Lahiri.

Ronobir, please share your story with us. How did you get to where you are today?
I started playing sitar 30 years ago. I trained in Calcutta as a teenager under Sri Deepak Choudhuri, the pre-eminent disciple of Pandit Ravi Shankar. I graduated from Yale University with a degree in Theater and Literature.

I got into musical theater accidentally. My first agent in NY sent me to audition for The King and I on Broadway, so I called a friend and learned an up-tempo legit audition song. One week later I was standing in the wings of the Neil Simon Theatre at a Wednesday matinee, trying to learn the blocking for the King of Siam. Lou Diamond Philips (who was in the title role at the time) snuck up behind me, lifted me up in bear-hug and almost pushed me onto the stage. He put me down, and cackled, “You ready yet?” then made his entrance. That was my first time meeting him. I was 23 years old.

Six years later, I was in rehearsal for the title role on the stage of the London Palladium, opposite Stefanie Powers. When we opened in Edinburgh, I arrived in the city to see my face plastered all over the sides of the double-decker buses.

My first passion was always acting. When I started, there weren’t a lot of Indian actors in NY, and there weren’t a lot of roles being written for us. I popped my cherry on Law and Order, more than once, a rite of passage for the New York actor in the 90s. I played taxi drivers, motel clerks, busboys, computer technicians, and the ubiquitous “Dr. Patel,” more times than I’d like to remember. It was all, for the most part, on established prime-time network shows, and I was young and just happy to get my face on television.

After about a decade of this, and the roles not really getting any more interesting or fulfilling, I realized there might be a problem with representation, of how Indians and Indian-Americans are presented in American film and television. I’d been a SAG actor for more than a decade before I got to play a role that didn’t require the Indian accent. And even though my skill as an actor grew, as it often does with the gathering of essential life experiences, the available roles simply weren’t there. All there really was, after all this time, was Dr. Patel. The message the industry was sending me was that if I wanted a role in the American narrative, it would always be supporting at best.

In its own accidental or serendipitous way, my musical path gave me the outlet that I have been longing and missing. By remixing classic American songs, with an Indian instrument and my voice, I was able to convey an authentic experience of what it is to grow up American, of Indian heritage. I sing the songs in a voice that is undeniably American and play them on an instrument that is quintessentially Indian. The combination is a unique sound that carves out the space for my story to be told.

These days I play mostly weddings. Ridiculously big-fat Indian weddings. I saw a construction crew enlarge the front door of the Bellagio in Las Vegas so that the groom could ride in on an elephant. I played a dinner set in Laguna, where, at around midnight, when most of the guests had already staggered off, John Mayer walked in a played 45 minutes on an acoustic guitar.

And while being a wedding musician isn’t exactly the dream I had for myself as a 12 years old kid in New Jersey, watching Bruce Springsteen on tv command a stage with a red bandana, 3 chords and the truth, the irony of the fact that me and my kids are being supported by the uncles and aunties from the old country isn’t lost on me. As it turns out, Dr. Patel now hires me to play every Saturday. A whole generation of Indians, like my parents, came over here, hit it big with the American dream, and when they plan to marry off their sons and daughters in a manner of opulence that is previously unheard of, they call me, to bring in the authentic sound of the Indian-American experience. They call me to soundtrack the happiest and proudest day of their lives with the musical expression of the old culture, blending seamlessly with the new. A profound respect for where we all came from, with a loving embrace of all that the new country has given us, as we continue to dream bigger dreams for generations to come.

Overall, has it been relatively smooth? If not, what were some of the struggles along the way?
When I first moved to LA, I took an acting job in Disney’s Aladdin: A Musical Spectacular, which ran for over 13 years at Disneyland. After three years of playing six different roles and doing sometimes four shows per day, I started to get a little burnt out and knew it was time for a change. I walked away from that job, unsure what to do next. A friend suggested that I pursue my sitar playing and that a great place to hone my craft was as a street musician in the Third Street Promenade in Santa Monica. I busked diligently for nine months and put together my first studio album for sale in the street. After a fortuitous YouTube video that someone posted caught the attention of a Music Supervisor, I was offered the position of Music Director for a Cirque-de-Soleil type show that was to tour Europe for three years.

We’d love to hear more about your work and what you are currently focused on. What else should we know?
I love to play live. It get such a rush from introducing my music to an audience for the first time. When they hear their favorite songs currently on the radio, reimagined on the sitar, it’s always a lively conversation starter, and always sets the tone for a joyful party. I keep current, in that at least twice a month I add new material to my repertoire. When I connect with a popular song that I hear, I can’t help but provide an original sitar remix of it, and can’t wait to play in on the weekend.

If you had to go back in time and start over, would you have done anything differently?
I don’t think I’d change a thing. My experience in the theater and as a television actor has definitely informed me as a musician. I had to experience everything in my career trajectory to build the aesthetic sensibilities that today resonate with my audience. 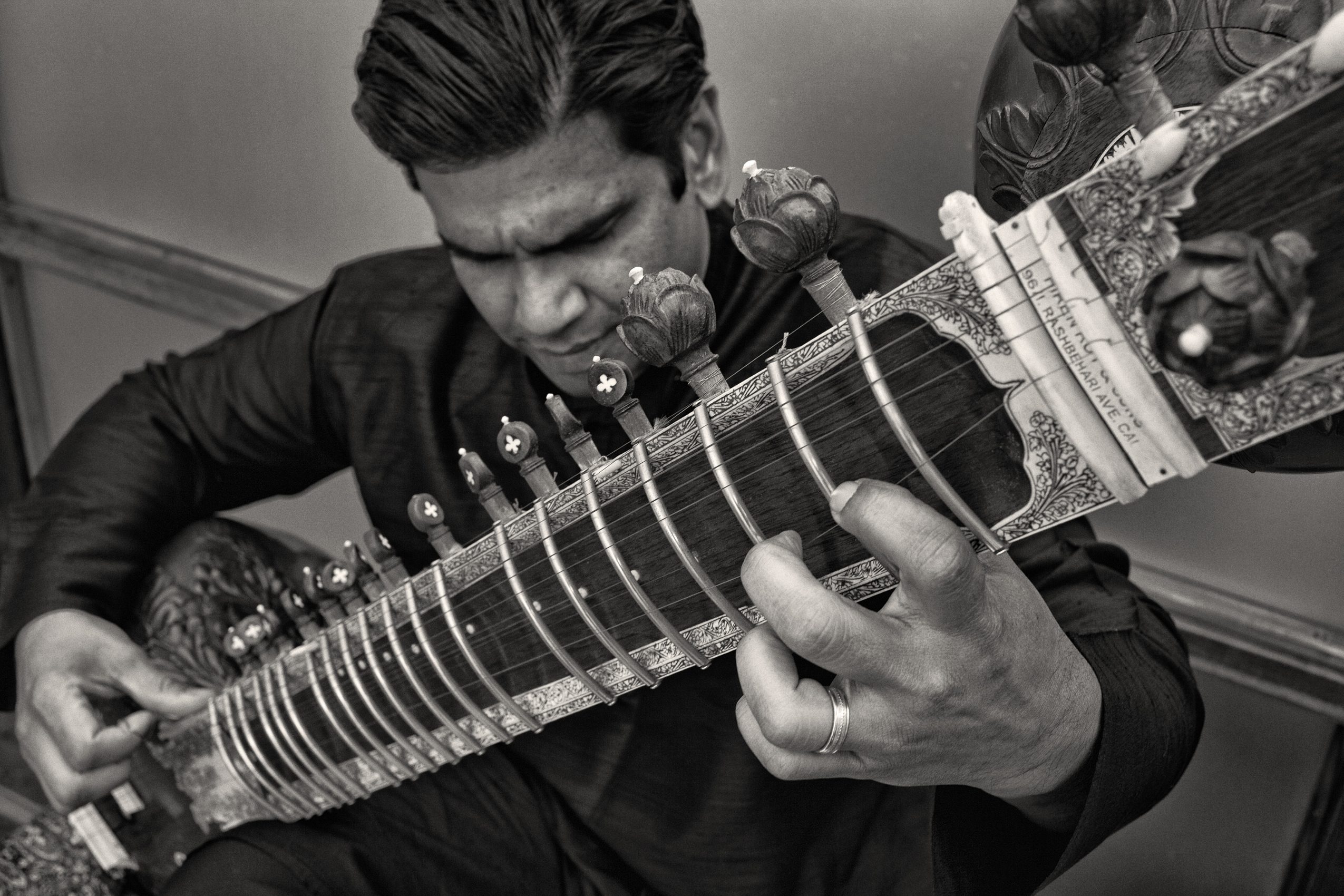 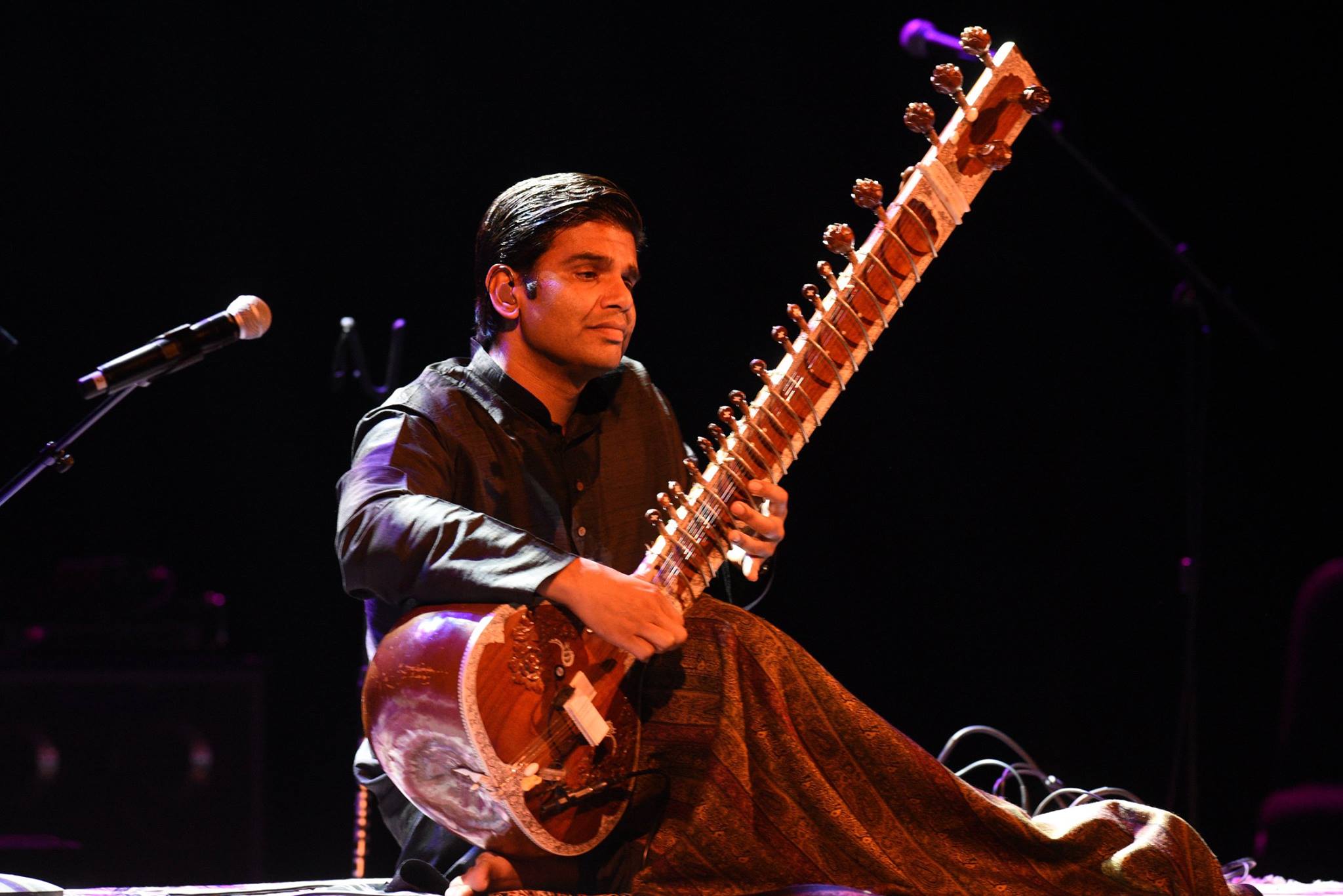 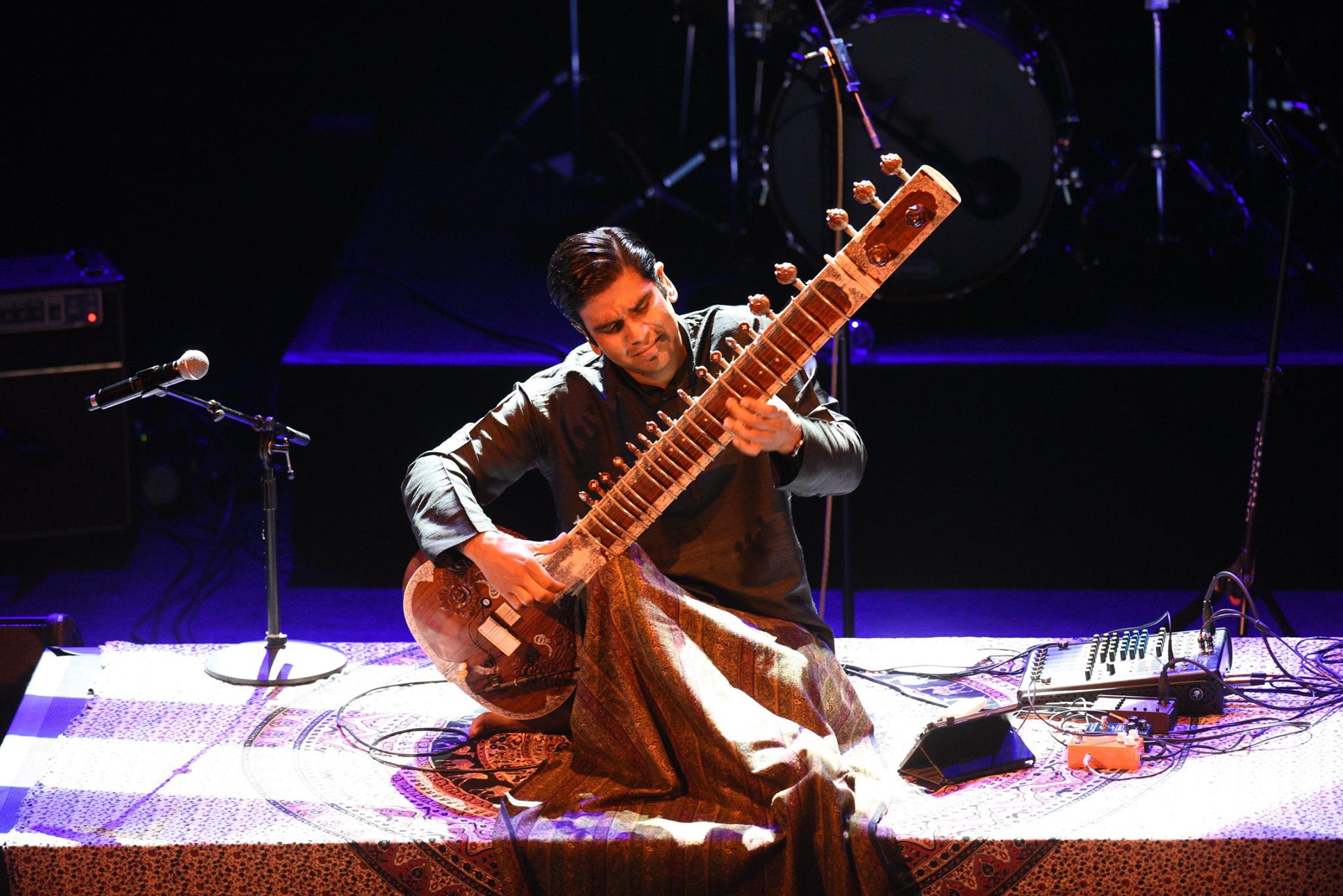 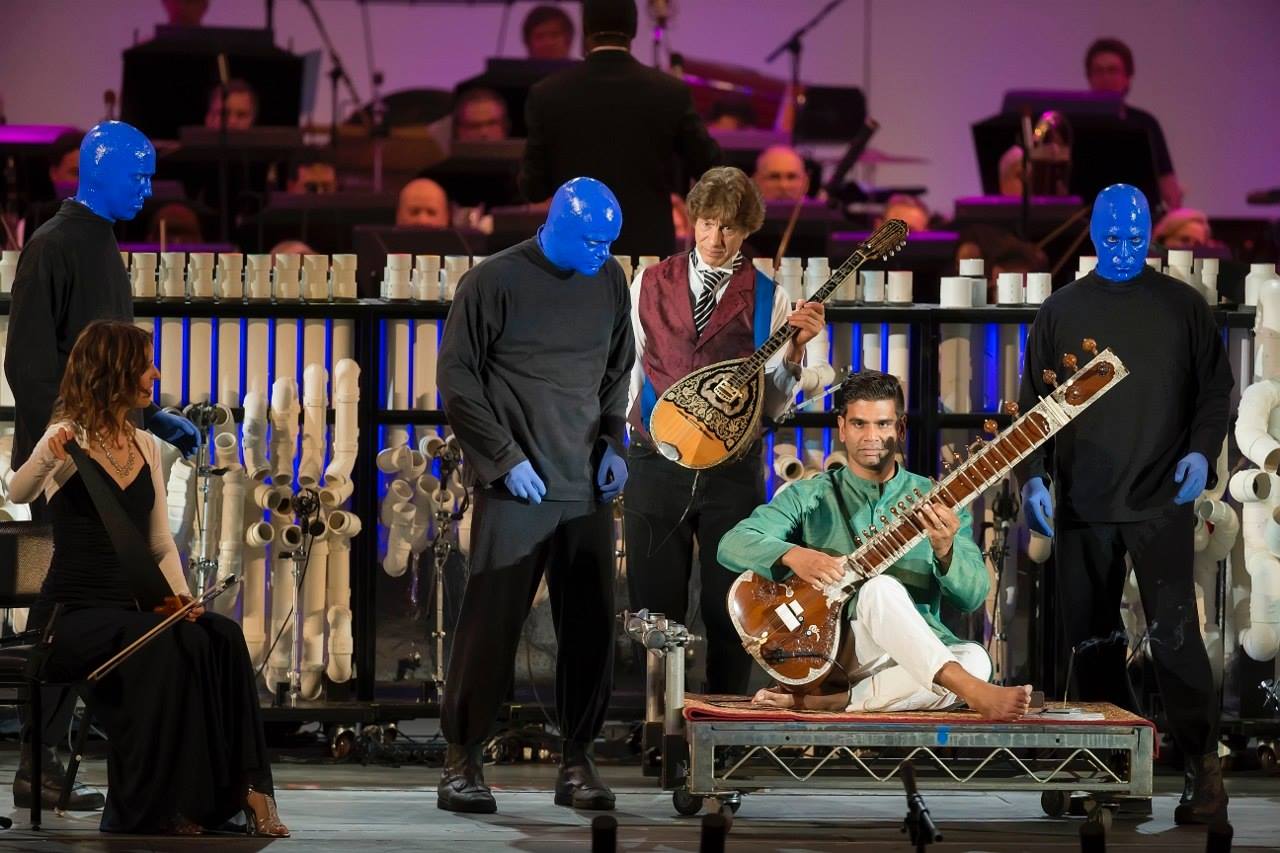 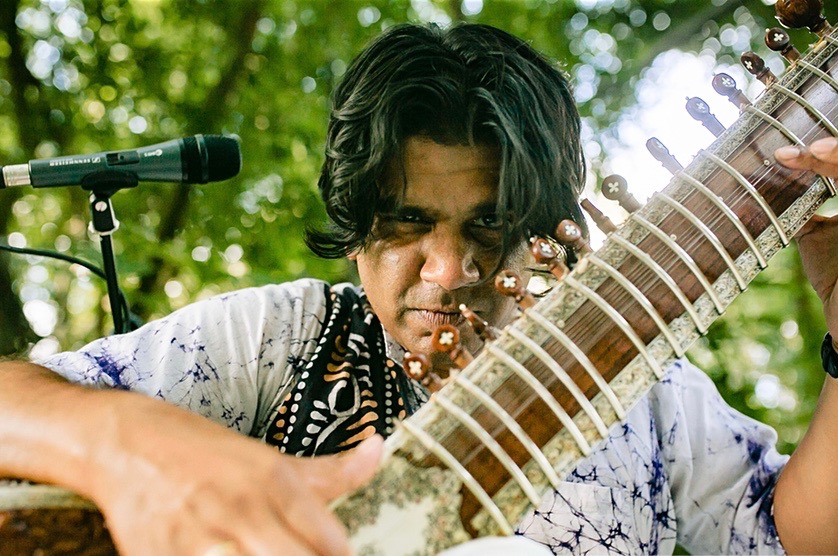 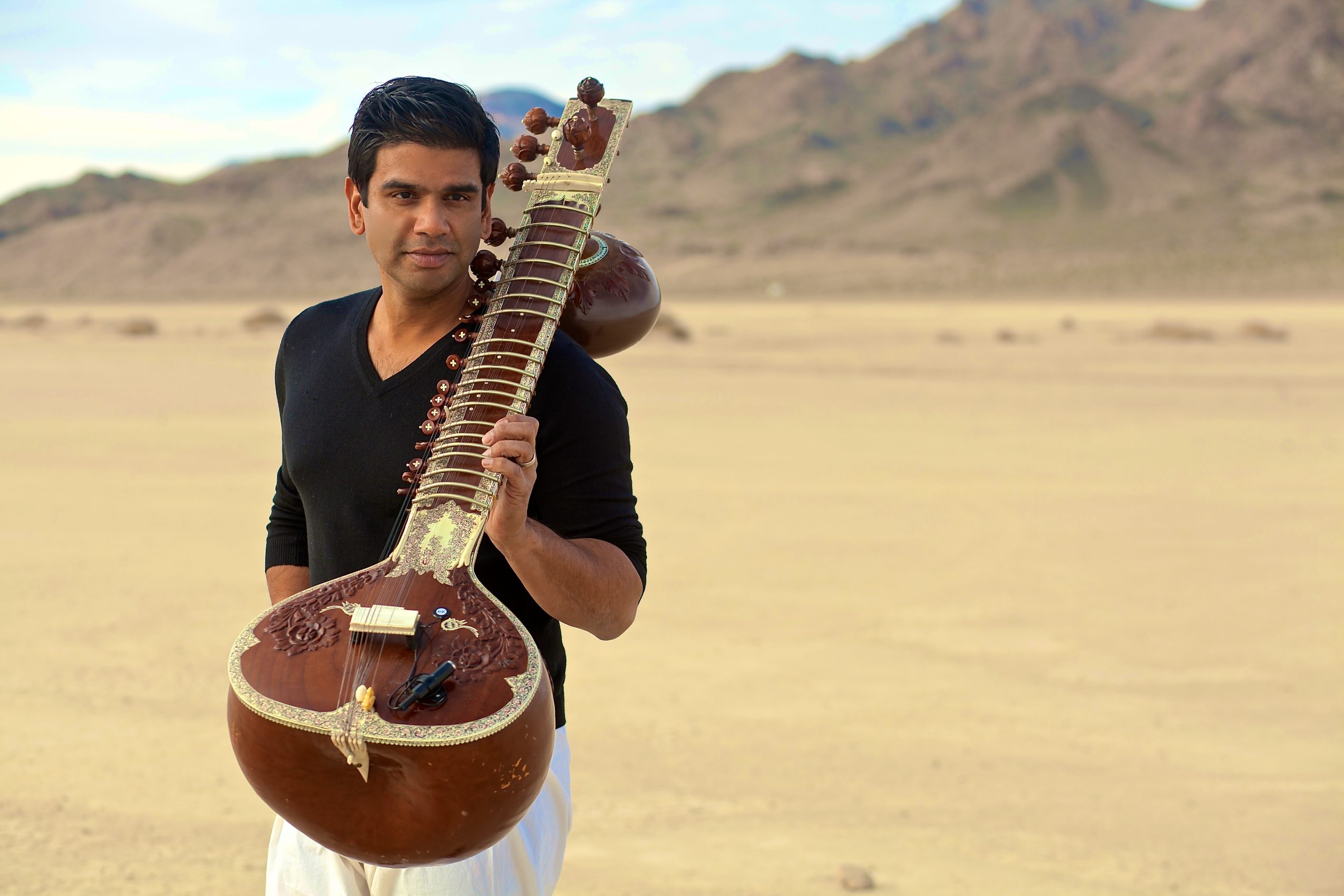 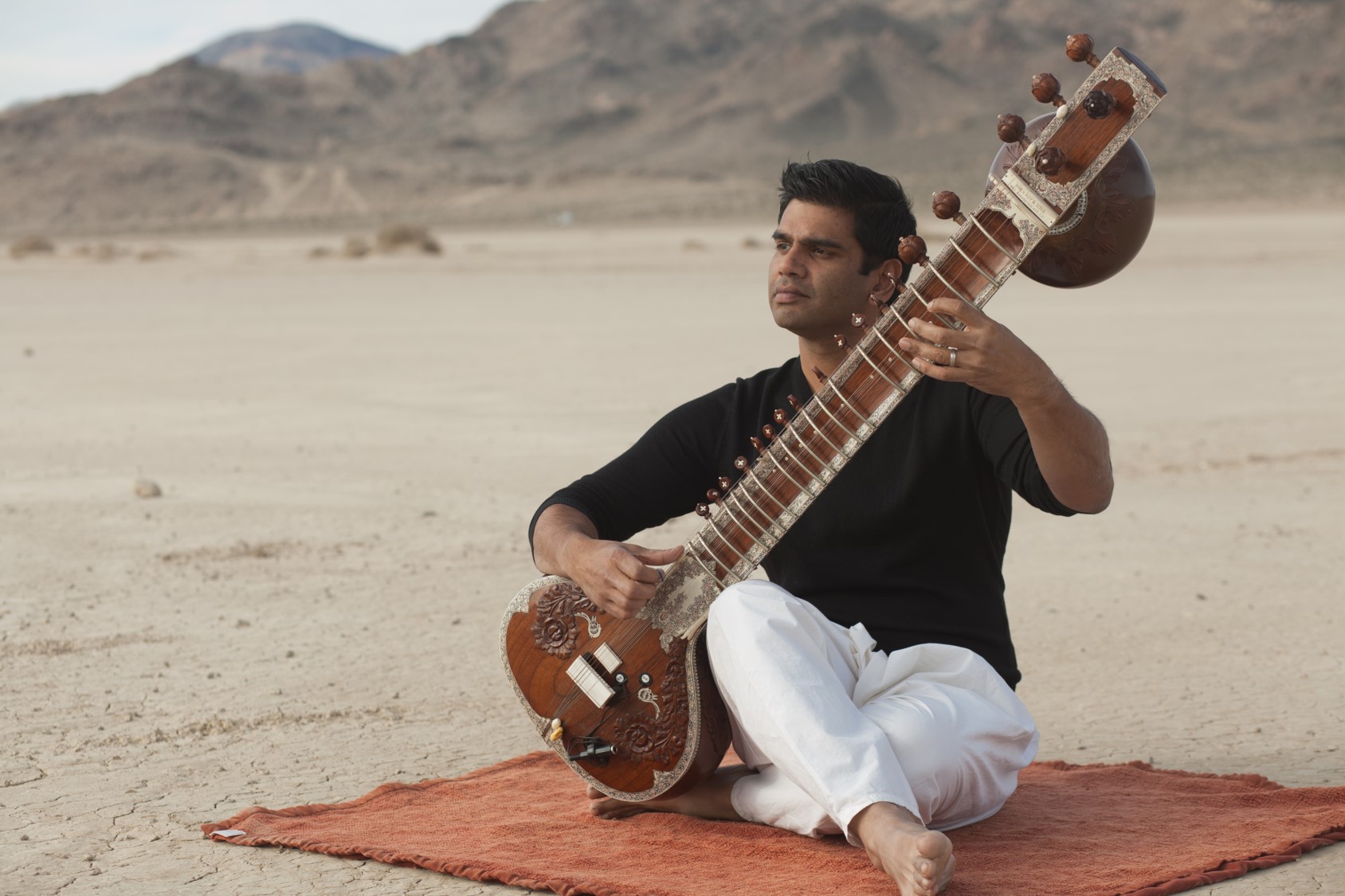 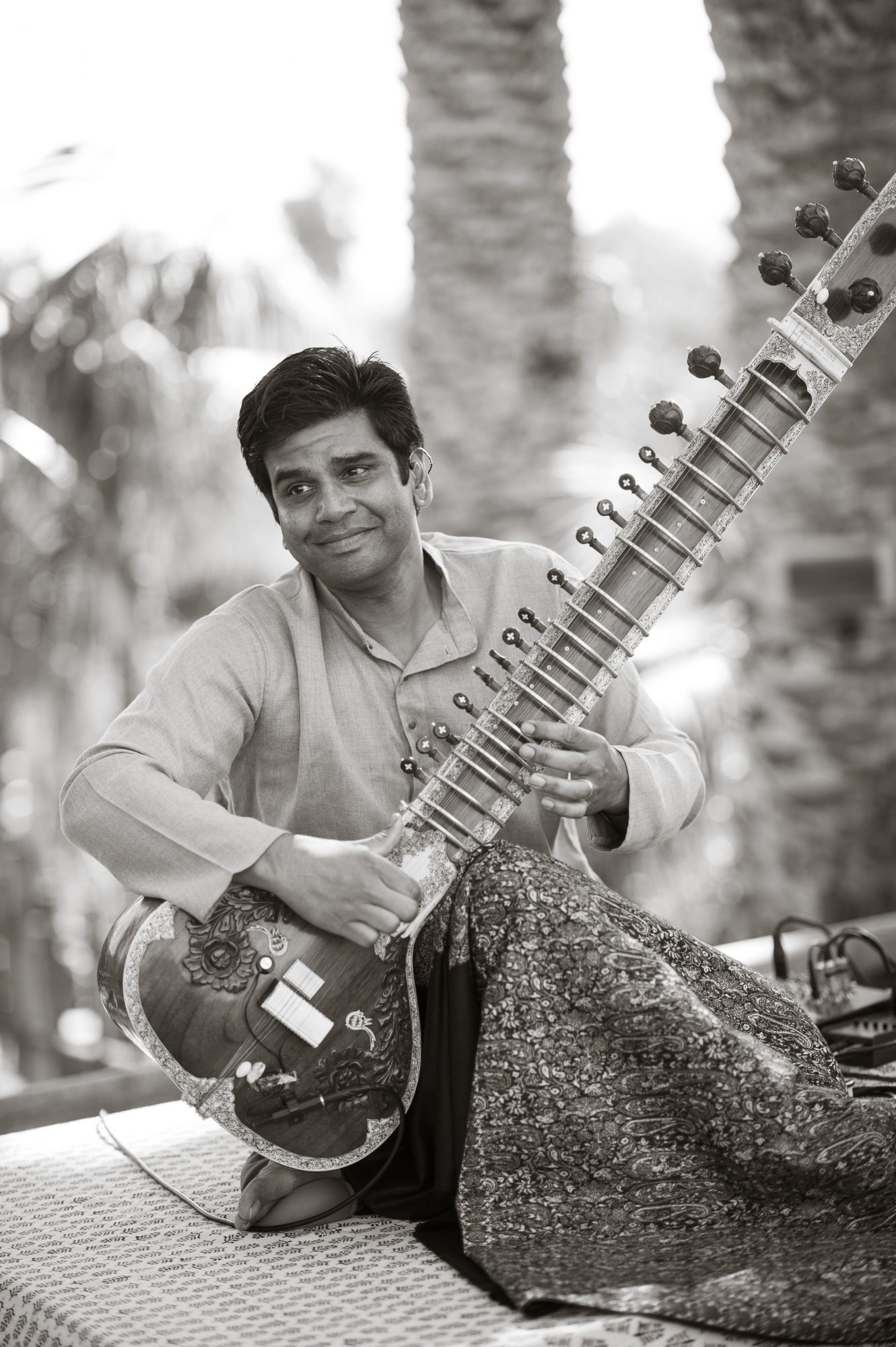