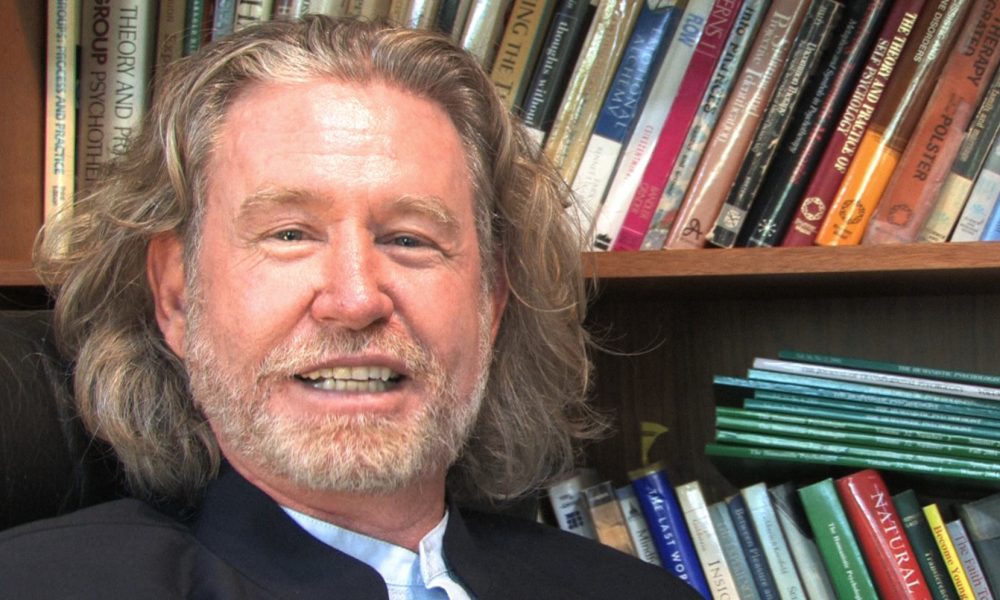 Today we’d like to introduce you to Ronald Alexander.

So, before we jump into specific questions about the business, why don’t you give us some details about you and your story.
As a young man growing up in Boston in the zeitgeist of the late 1960’s, I spent much of my time in Cambridge’s Harvard Square, where tattered paperbacks on Zen Buddhism and existential philosophy were commonly seen in the hands of students and professors alike.

Cambridge also seemed a natural hub for many of the great musicians of the era, including Bob Dylan, Joan Baez, Tom Rush, the Band, Joni Mitchell, Simon and Garfunkel, and the Byrds, and it was the place where the British bands first landed and rehearsed for their national tours. The Beatles, the Rolling Stones, the Who, Led Zeppelin, Van Morrison, and Donovan played the local clubs, from Boston’s Psychedelic Supermarket to the Harvard Bowl or the Boston Garden.

Like many of my peers, I bought a folk guitar, joined a local band, and imagined that my music would change the world. The connection between creativity and transformation intrigued me. I was fascinated to see so many people around me opening themselves up to new influences and new ways of thinking, transforming not just their art but also themselves. Instead of simply accepting the status quo, they began to question their beliefs and habits. Around the world, it seemed as if people were awakening from a deep sleep.

I, too, awakened and became swept up in the winds of a cultural and spiritual revolution that carried ideas from east to west. I felt inspired to study psychology and Buddhism at the University of Massachusetts Amherst; California State University, Sonoma; and the Humanistic Psychology Institute. While I was obtaining my Bachelor’s Degree in Individual Concentration at UMass, I was also involved in the Five College Consortium program. Here I combined the studies of Psychology (Altered States of Consciousness, Death, and Dying and Transpersonal Psychology) with Buddhist Psychology at Smith College and Creativity Thinking at Hampshire College.

In 1976, I graduated with a Ph.D. degree in psychology and began my career as a psychotherapist. In my first year of private practice, I founded the Center for Health and Healing at Cedars-Sinai Medical Center in Los Angeles, and soon was treating a flurry of creative clients, ranging from writers, painters, directors, producers, actors, and musicians to executives in development, marketing, advertising, and promotion within the television, film, and music industries. I found I was able to speak their language: the language of the creative process. Working with them helped me hone my ideas about how to use mindfulness and creativity to deal with unexpected changes and to break out of stagnation.

Soon, I began teaching and leading workshops on the creative process of change, helping people explore what sparks an interest in change and why it’s often difficult for people and organizations to transform themselves. After 30 plus years of working with various types of artists, individuals, and entertainment companies I published my first book, Wise Mind, Open Mind: Finding Purpose and Meaning in Times of Crisis, Loss, and Change, that provides practical and innovative applications to help us through today’s challenging times. I’m grateful that it was widely acclaimed by luminaries such as Ram Dass, Dr. Judith Orloff, Catherine Ingram, and Lama Surya Das.

I’m now writing a new book “Core Creativity: The Power to Achieve Profound Transformation” that will hopefully be released in 2020.

Overall, has it been relatively smooth? If not, what were some of the struggles along the way?
As one of the first pioneers in starting the Center of Health and Healing as well as the Kundalini Research Institute, there was very little support or recognition from the established medical field. They considered us heretics for bringing yoga and mindfulness meditation into our clinical and teaching practices and did their best to discredit our work. Of course 40-plus years later the atmosphere and mindset have shifted.

Mindfulness meditation and yoga are now highly regarded by the psychotherapy field and educational institutions. These practices are taught and researched in colleges, universities, and clinics. Even grade schools have instituted programs on mindfulness for children. But being on the cutting edge of holistic healthcare and spiritual development was a struggle.

All right – so let’s talk business. Tell us about OpenMind Training Institute – what should we know?
Over the years of working as a psychotherapist, coach, and international trainer I developed unique and cutting-edge methods to combine ancient wisdom teachings with Positive Psychology, Ericksonian Mind-Body Healing Therapies, Somatic Experiencing, Gestalt Therapy, and Creative Thinking into a comprehensive and integrative mind-body program.

This then became the basis of the OpenMind Training Institute (www.openmindtraining.com) that I opened in Santa Monica, CA. The OMTI is a small boutique group of affiliated healthcare providers that offers personal and professional training programs in Core Creativity, Integrative Somatic Psychotherapies, Mindfulness, and Leadership Training.

Imagining, envisioning, and innovating when we have experienced a massive loss in any area of our lives requires more than surface creativity. It requires using the tools of mindfulness, intuition, and core creativity so we can bring about true innovation, radical reinvention, and sustainable, gratifying changes in our lives and our organizations.

We specialize in the areas of core creativity and mindfulness training, integrative psychotherapy in somatic trauma treatment, and executive and organizational coaching. OMTI is designed to help individuals, healthcare professionals, and organizations become more effective as mindful leaders both in their personal and professional lives.

Our intense experiential process assists each person in achieving their peak performance and focuses on developing higher states of awareness, creativity, and increased productivity.

Any shoutouts? Who else deserves credit in this story – who has played a meaningful role?
I’ve had the honor of training with and being mentored by many of today’s luminary leaders on the cutting edge of Transpersonal and Positive Psychology.

While I participated in the Five College Consortium program in Boston, we had as guest speakers such notables as, Dr. Jean Houston, Dr. Stanley Krippner, Alan Watts, and many others at Smith and Amherst Colleges. Dr. Krippner at that time was running the Maimonides Dream Lab in Brooklyn and asked several of the students, including myself, to become his mentorees working with psychic and intuitive people of all ages, as well as researching, co-editing, and publishing some articles with him.

Yogi Bhajan, the founder of Kundalini Yoga, was also a guest speaker at Smith College. He too invited some of the students to visit him in Los Angeles, which I did after graduating and moving to the West Coast to interview for graduate programs in Humanistic Psychology. After starting my private practice, I consulted with and received treatment from Milton H. Erickson, MD, the founder of Ericksonian Hypnosis. I then trained with Ernest Rossi and Steven Gilligan in Ericksonian Hypnotherapy as well as with Daniel P. Brown of the Harvard Medical Cambridge Hospital professional training’s seminars in hypnosis and hypnoanalysis.

While working on my certification at the Los Angeles Gestalt Therapy Institute, I trained with Erving and Miriam Polster, Ph.D., of the Gestalt Training Center of La Jolla. I also received training and supervision in Somatic Experiencing Therapies, Contemporary Gestalt and Family Therapies, Psychoanalytic Self-Psychology, Relational and Object Relations Therapies. During my studies of mindfulness-based mind-body methods, I traveled extensively in Nepal, Bali, Thailand, Sri Lanka, and India. Here I was ordained in the lay Zen tradition.

My yoga and meditation studies include extensive practice in Buddhist and yoga psychology, Tibetan Buddhism, Vipassana, Zen, Vedic (non-dual), and Hatha, Ashtanga, and Vinyasa style yogas. I was certified as one of the early Kundalini yoga teachers and was a co-founder of the Kundalini Research Institute. Here I conducted scientific research on yoga and meditation in conjunction with the Menninger Foundation in Topeka, Kansas, the Topeka Veterans Administration Hospital, the Santa Rosa Psychiatric Hospital, and Sonoma State University. 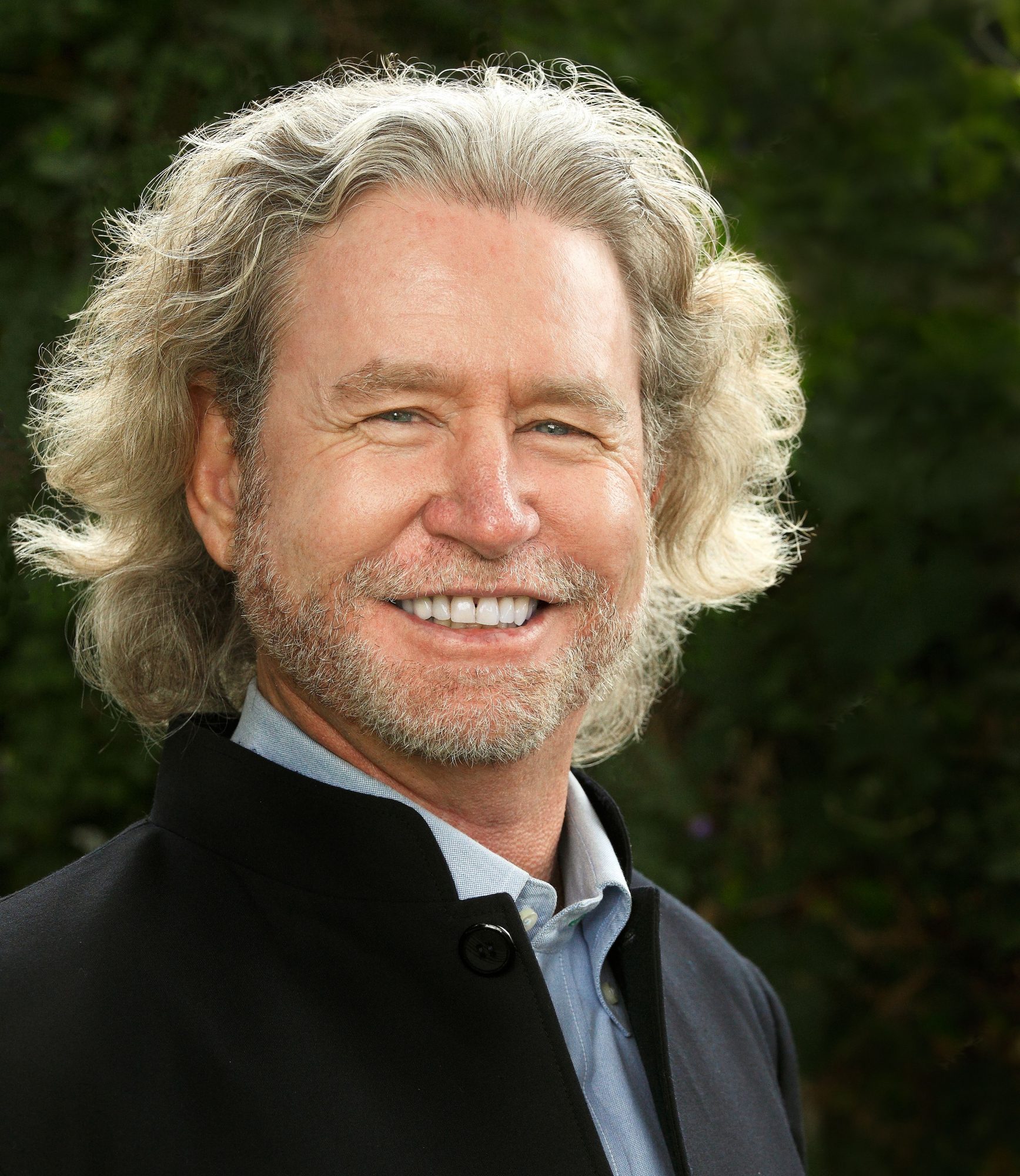 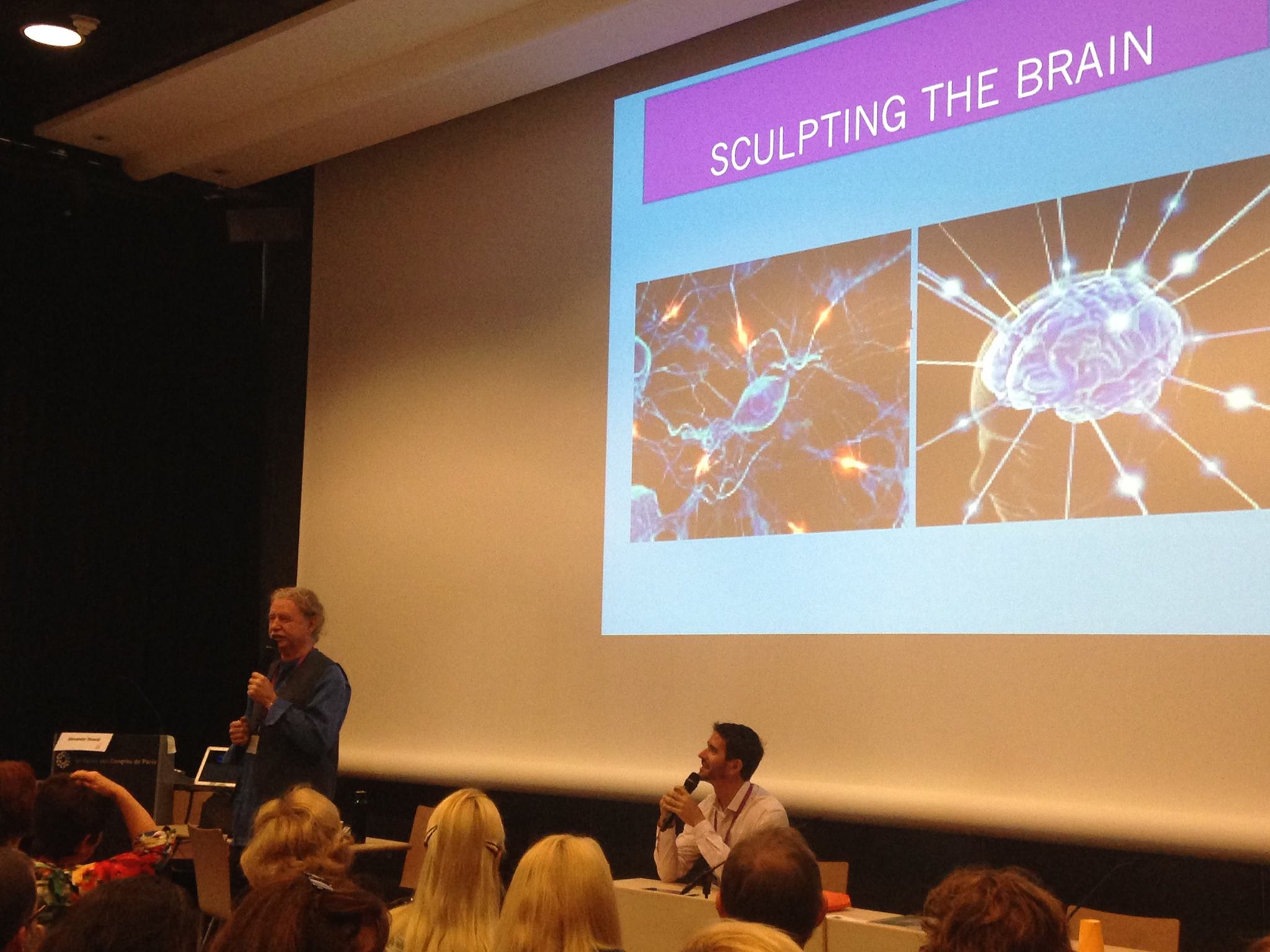 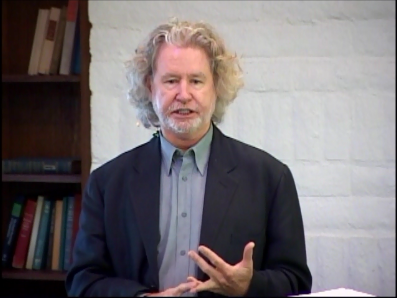 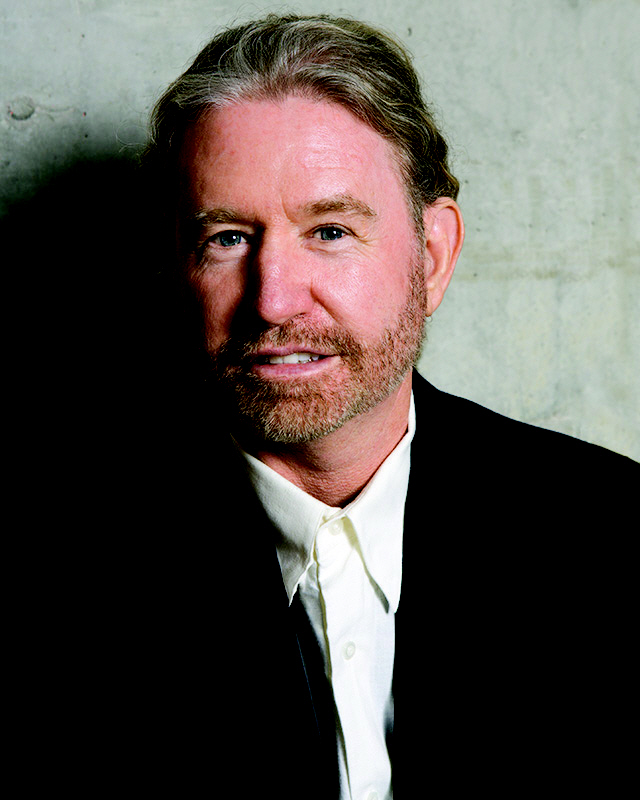 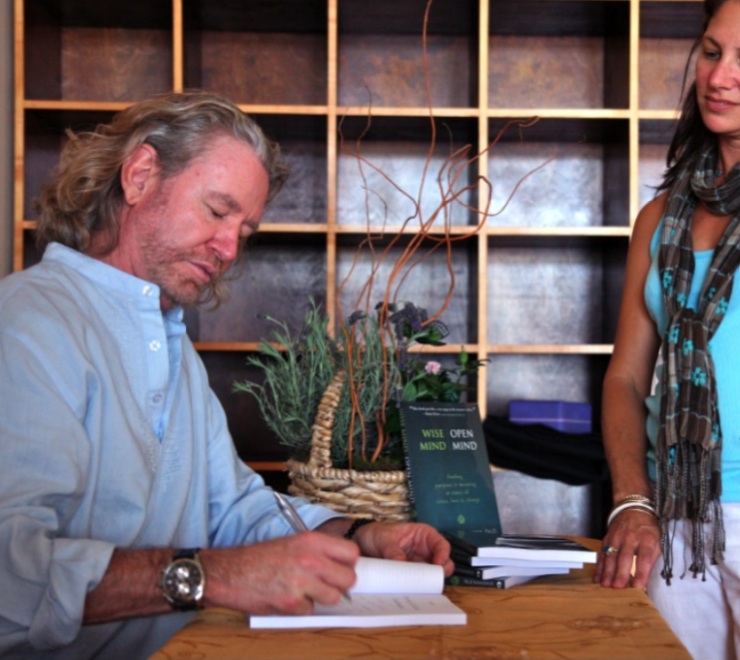