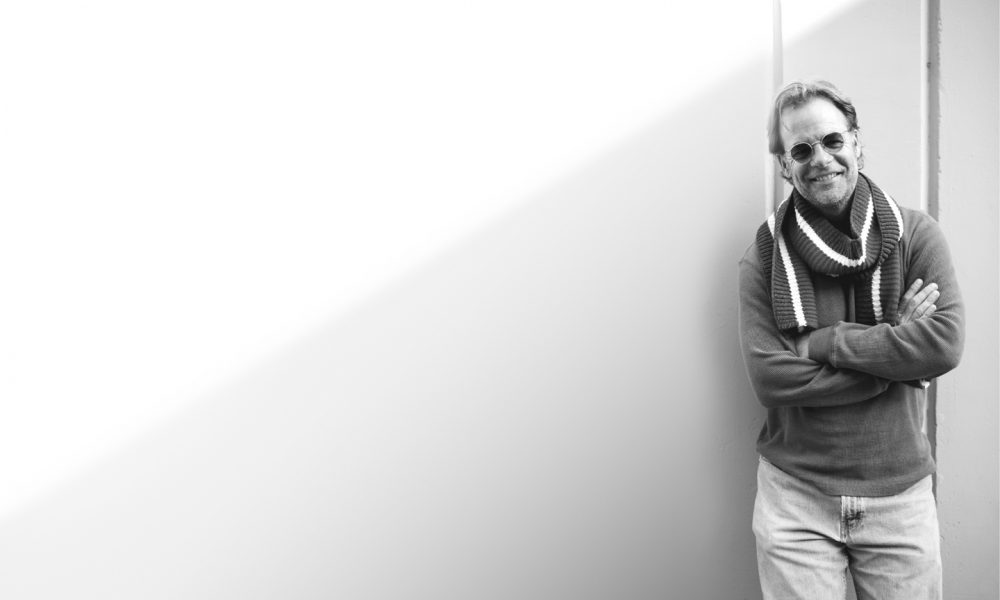 Today we’d like to introduce you to Ron Sherouse.

Ron, please share your story with us. How did you get to where you are today?
I grew up in San Antonio Texas. From early on, my dad and I would stay up late and watch movies. I was fascinated with film. I loved the medium and how it could manipulate my emotional life if done well. There was a rhythm to good movies that I appreciated. I’m a drummer. It made sense to me. So when it came time to pick a career, film was the natural path. I moved to Austin and studied film at the University of Texas, graduated, and started freelancing in the TV commercial business in and around San Antonio.

Four years later I moved to New York City to study acting. (I felt if I was going to be a filmmaker I needed to have some “on camera” experience). I studied acting for two years and worked for another three, got married, moved to LA and started writing to complete the circle. To make money, I became a boom operator on commercial film shoots. I could still write on my down days. Four years later I wrote, directed and acted in a 30 minute short that won awards for us around the world. All good but we had a new baby. I needed to work. A lot. Which I did. We had another baby. I wrote more scripts.

Twenty years later I’ve logged in thousands of hours crewing on commercials, I’ve written many scripts, my daughters are adults and I’m proudly still married. A good run, but I was unhappy creatively. Filmmaking is a lengthy process. I still didn’t have a produced movie under my belt. I needed an outlet that was immediate. Direct. All mine.

One day, in 2015, I came home from work and announced to my wife that I was going to start painting. Unfazed, (God bless her because I had never done it before) she reminded me that there was a cheap painting in our office that neither one of us liked… “why don’t you paint over that and go for it”. “I will,” I proclaimed heroically. So I went to the store, bought some paint and brushes, opened a bottle of wine and painted all night. The next morning she woke me up and wondered where I got the painting in the living room. “I think I did that”, I said.

June 2016 I had a show in Santa Monica and sold eight out of twelve pieces. Imagine that. I found something that I have a knack for that also brings me joy and satisfies me creatively. I’m incredibly grateful for my journey so far.

Great, so let’s dig a little deeper into the story – has it been an easy path overall and if not, what were the challenges you’ve had to overcome?
You know… I’d be lying if I said it’s been tough with the painting. It’s one of the most natural, organic things I’ve ever done. However, I am self-taught so sometimes it feels like I’m learning as I go but I figure it out. Solving the problems is hugely satisfying for me. I’m very particular and at times, like everyone, can become frustrated if it’s not working, but if I consistently show up, it eventually comes together. It always does.

Alright – so let’s talk business. Tell us about Ron Sherouse – what should we know?
I do black and white landscapes. Acrylic on big wood panels. Mostly. For now. My goal is for all of my work to be compositionally unique with a strong point of view and an aesthetic that connects emotionally.

Place is very important to me. I think my work takes you to a place. Whether it’s a place you’ve been to or a place you want to go, hopefully, you’re transported. My first series was Newfoundland Canada. I’m currently working on a Palm Springs series. Two very different places.

You’ll know soon enough. If you can… lucky you. If you can’t, go find something else. It’s there. Go find it. 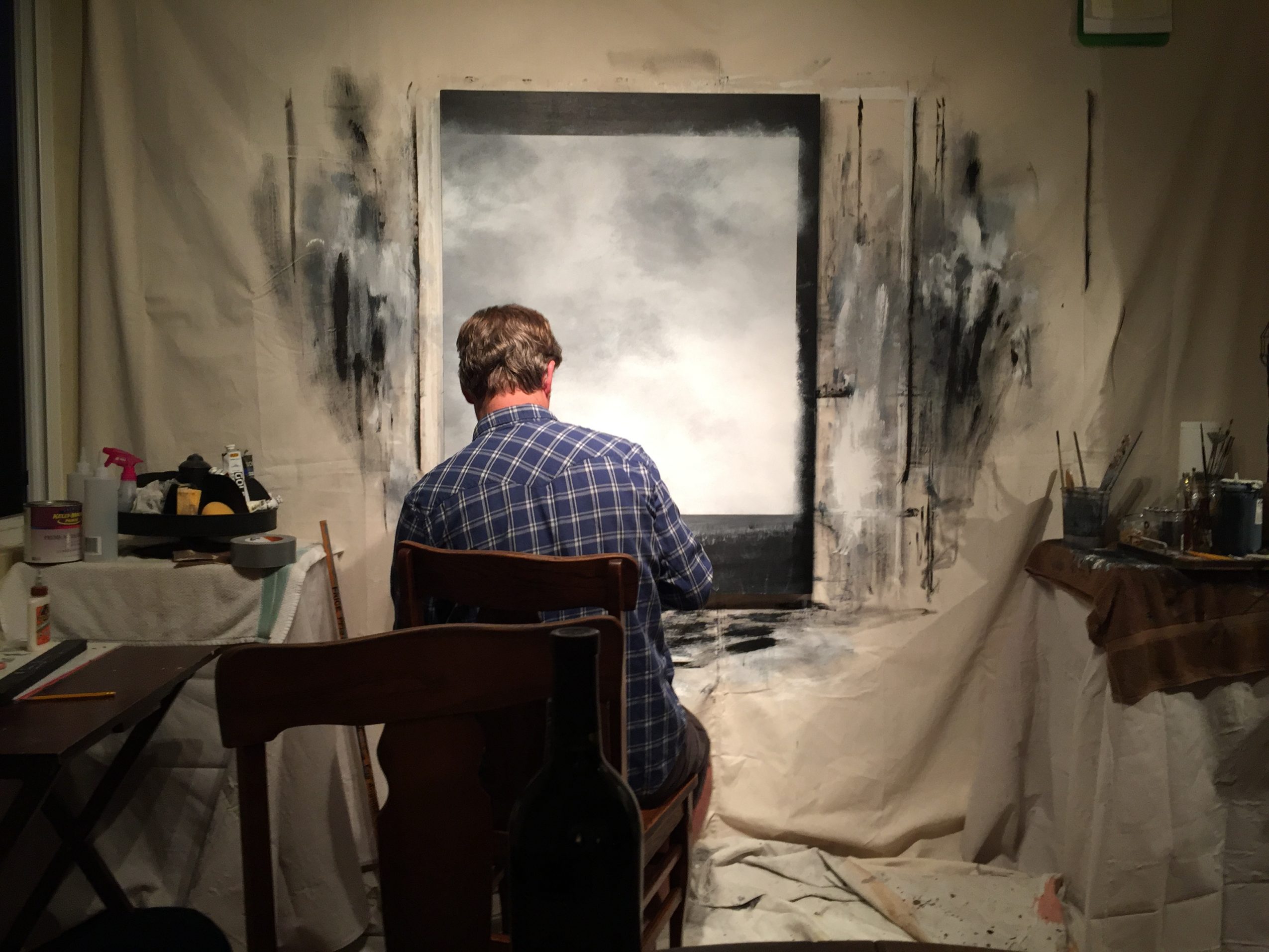 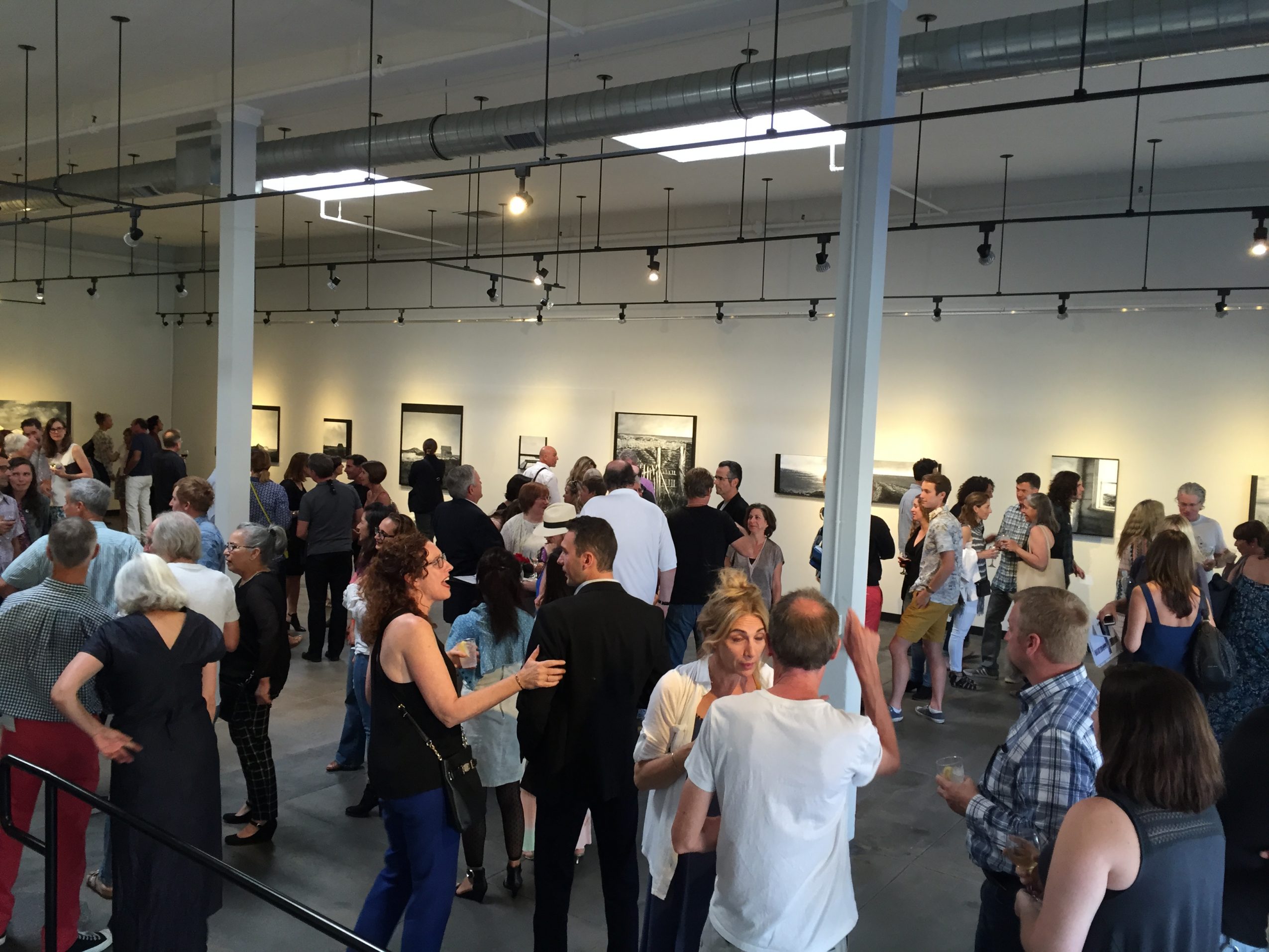 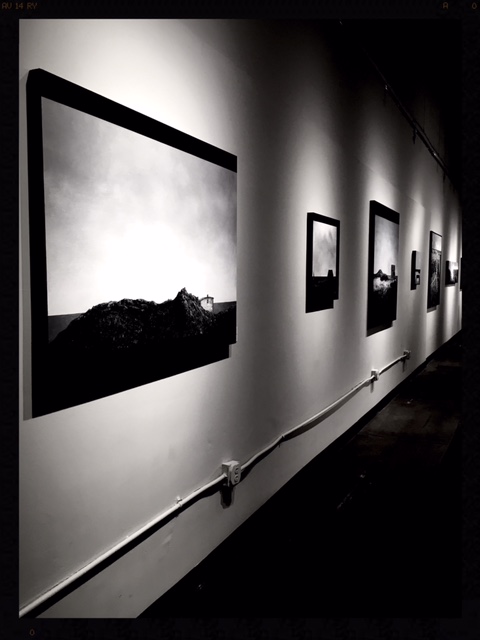 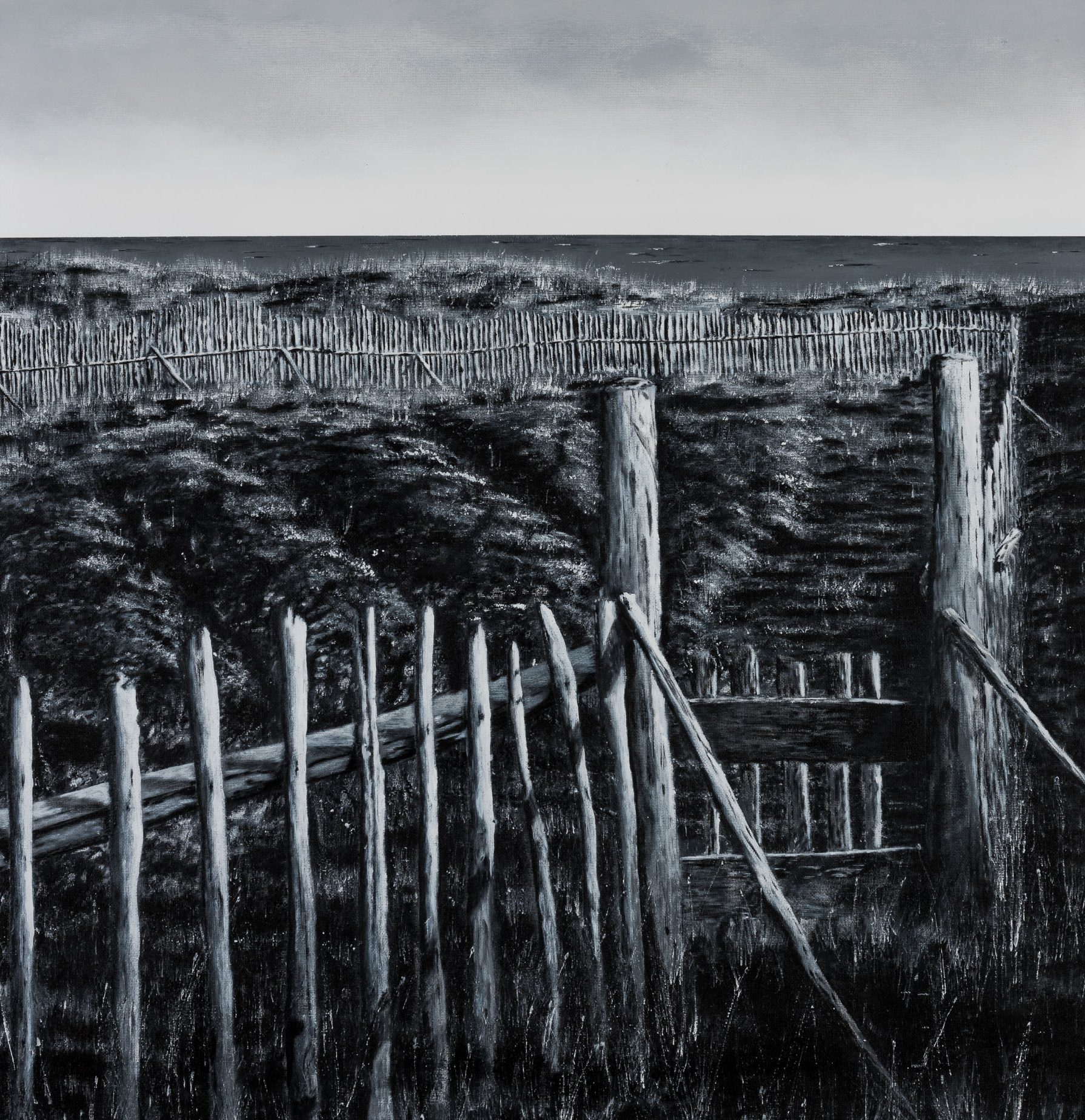 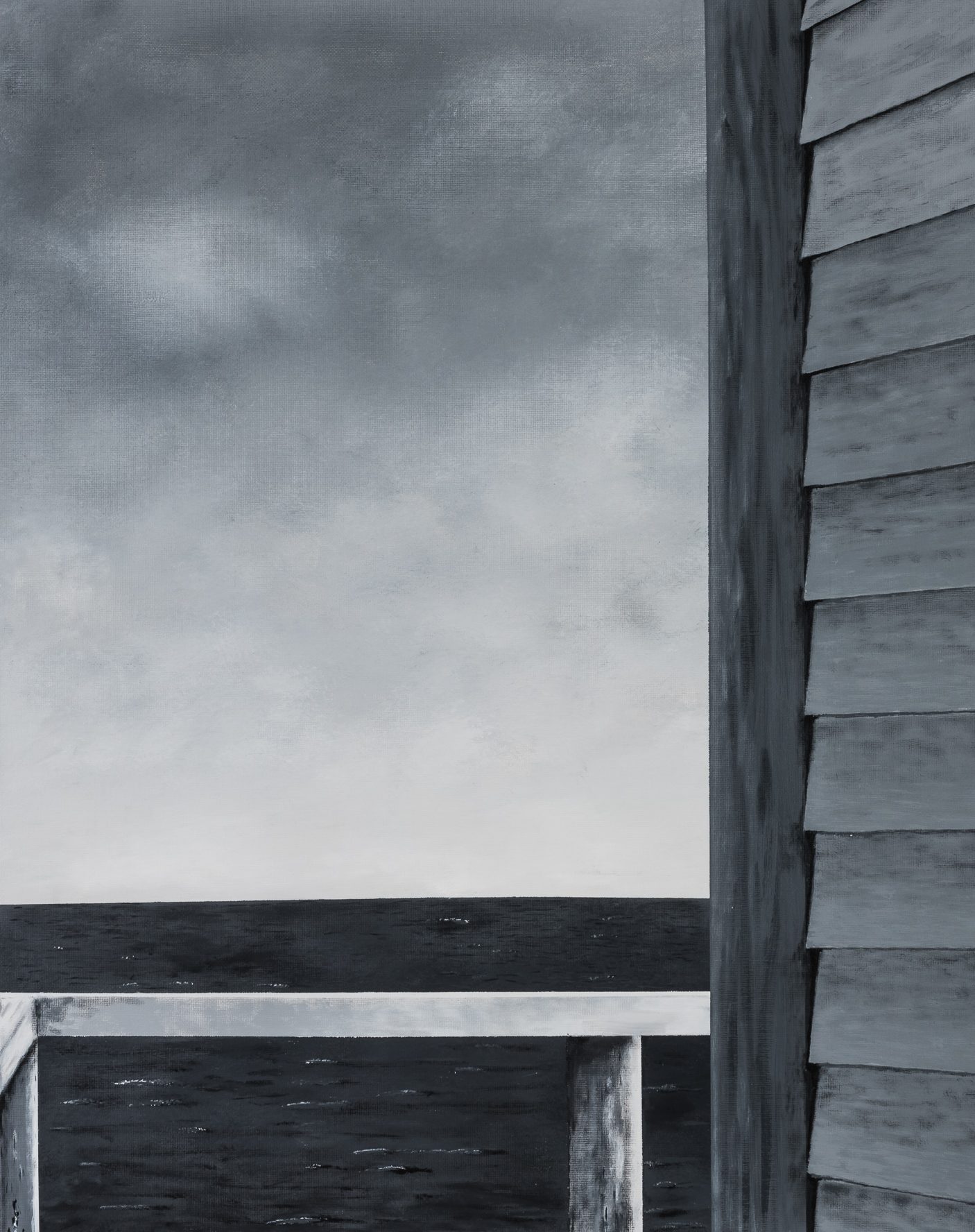 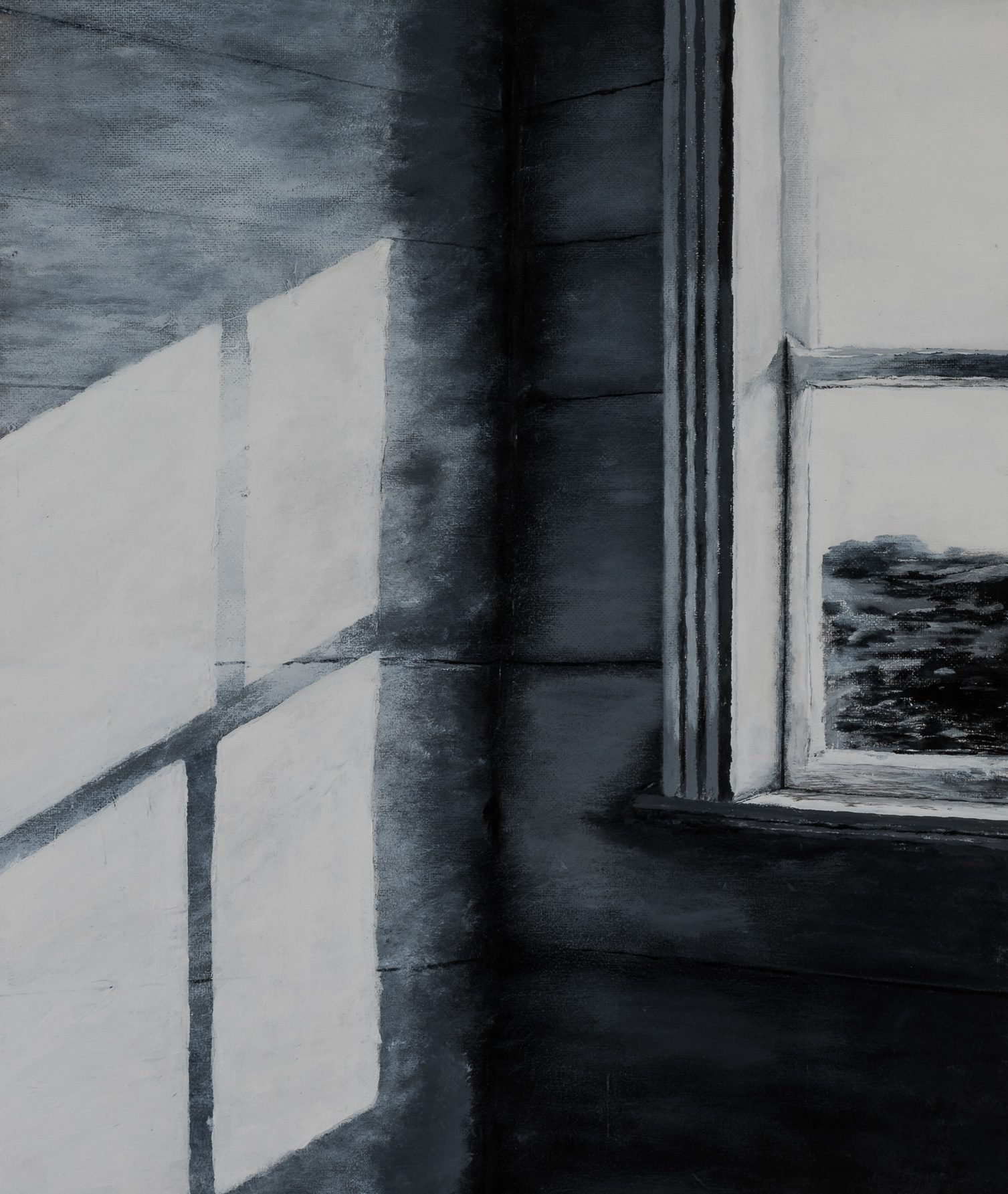 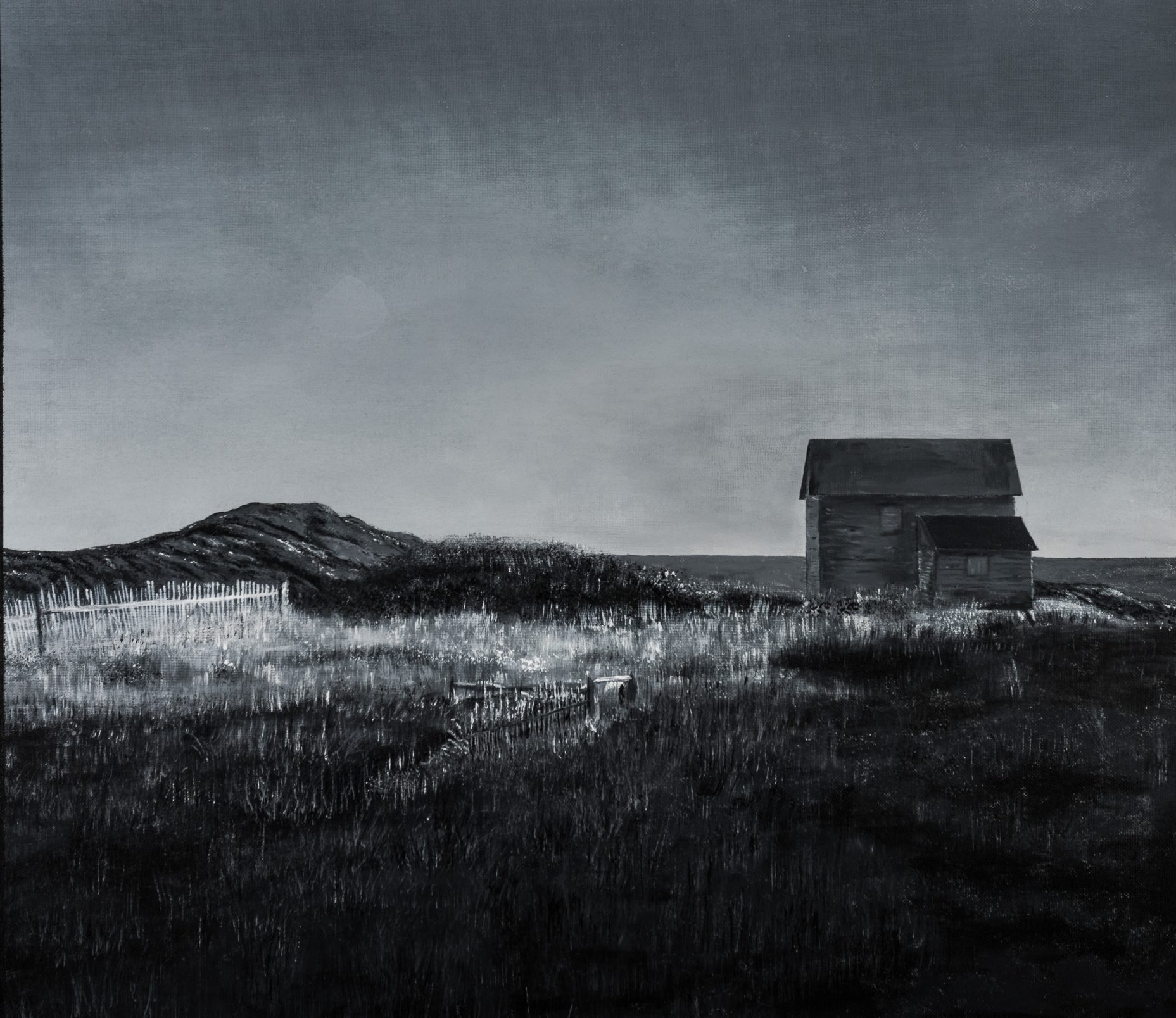