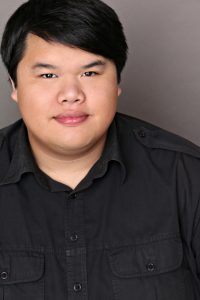 Today we’d like to introduce you to Romel De Silva.

Thanks for sharing your story with us Romel. So, let’s start at the beginning and we can move on from there.
My story starts like many Asian American actors: my mother wanted me to grow up and be a doctor, so naturally I became an actor. Although I hate to say it, she should have been prepared for my career move. Growing up as an isolated Filipino-American kid with immigrant parents, I found the American dream in watching/singing/acting along with American films, shows, musicals, and the occasional Disney Channel sitcom.

The moment I decided to become a professional performer didn’t come until high school. I wish I could state that my big moment came because I had “been discovered” or someone saw “how good I was reading Shakespeare,” but it didn’t. My friends were doing a musical and I didn’t want to be left out. “Guys and Dolls.” I was cast as the rotund gangster Nicely-Nicely Johnson. I got the role partly because I was a decent tenor, but also because I’m fat. Sometimes your love for pizza comes in handy! Once opening night came, mom and dad reluctantly attended and were seated in the front row of the audience. As I sang my heart out to “Sit Down You’re Rockin’ The Boat,” I could feel how engaged the audience was. I held that final pose and glanced at my mom before leaving the stage. She was in tears. After the show, she told me in the lobby, “Don’t ever give up on this. This is what you were meant to do.” I still wasn’t a doctor, but they were proud of what I could do.

I kept doing shows as a member of Centre Stage Inc., a young adult community theatre in Monrovia (where I actually teach On-Camera Acting now!). After graduating high school, I studied theatre at the American Musical & Dramatic Academy (AMDA). It was a shock to be a big fish in your community, suddenly going to a place where EVERYONE was also a big fish in their community. It was so shocking that I dropped out after a semester because of the pressure (don’t worry, I go back). For a moment, I was completely lost and I didn’t know where to go, so I went to Disneyland. I worked at Disneyland for a couple of years as a Jungle Cruise Skipper! I LOVE DISNEYLAND! I still do, but working there wasn’t fulfilling me. Something told me that I truly belong on stage or, I guess, in front of a camera. I worked up the courage and went back to AMDA to pursue my Bachelor of Fine Arts.

Upon graduating from college, I got my first agent, met my manager at Entertainment Lab, and I have been working professionally as an actor ever since. My first speaking role in television was a small co-star on Arrested Development on Netflix (I know, even I knew I was lucky). I have been fortunate to land roles on many sitcoms including a recurring role on Paramount Network’s Heathers. As this article is coming out, I have been cast in over 20 professional television shows and movies, commercials, and booked roles in 3 pilots!

I am very proud of where I came from and optimistic to where my voyage takes me!

Overall, has it been relatively smooth? If not, what were some of the struggles along the way?
ABSOLUTELY NOT! It still isn’t! It’s very easy, especially in our curated social media culture to see success and not the work. I have been rejected more times than I can count! Actors in Los Angeles audition for hundreds of roles in a calendar year, and I have had a LOT of near misses.

My recurring role on Heathers was a great win, but also the show was shelved, moved, banned, and who-knows-what. I’ve booked roles on pilots that did not get picked up. I have been fired, replaced, scenes cut, etc. I even booked a tv show out in Hawaii. While I was there, the storyline and role was canceled! It was devastating, but I was also in Hawaii with my wife and production basically paid for our tropical vacation!

Also, I am an Asian American actor. I read in an article that in 2017, Asian-Americans represented a mere 1% of all leading roles in Hollywood. Additionally, Filipino-Americans in this industry are largely underrepresented! When I was a child, I remember being excited and inspired that Rufio, Filipino-American actor Dante Basco, was swashbuckling with Robin Williams in Steven Spielberg’s “Hook.” We rarely ever see ourselves on screen and I felt (for lack of better words) “seen.” I haven’t seen too many since, but I’d love to believe that the industry is working hard to bring PoC into the conversation.

All of this can be absolutely depressing and it can take a toll on your mental health if you are not prepared for it. Success is not linear.

We’d love to hear more about your work and what you are currently focused on. What else should we know?
Currently, I am managed by Entertainment Lab and I am represented by The Daniel Hoff Agency. My team is really great! Even during this pandemic, I am seeing activity! As stated, I am a bit of a different character type. I am a chubby Filipino-American actor with immigrant parents. I look like I’m 17 when I am far past high school. There aren’t a lot of people like me on television and film. Diversity is beautiful because we all have a story to tell and I want to tell mine!

I am most proud of working on Paramount Network’s Heathers because it was my first recurring role on a television show. The show actually gave me a lot of firsts; first table read(s), first multi-episode character arcs, first time actively interacting with the production crew,(showrunners, producers, casting, etc.). I did ten episodes with that company for a little over three months. Heathers allowed me the opportunity to work almost every day on set and learn from so many incredible talents in our industry. Another great achievement I was very proud of was the moment I booked an Amazon Studios Pilot that filmed out in New Mexico. That shoot was one of my favorite career memories because of the amazing cast and crew I worked with and it was the first time I was flown out for a role. The show wasn’t picked up but the whole experience was a blast!

During the pandemic, I started teaching an On-Camera Acting class with my old theatre company, Centre Stage Inc. I teach classes and private coaching to children and young adults. It is such a joy to give back the knowledge and wisdom from my own career to the very theatre company that had encouraged my dream.

If you had to go back in time and start over, would you have done anything differently?
Honestly, I would change nothing. I know that sounds a little cliche but I am who I am because of the experiences that led me here and the support system that nurtured that dream. There are so many things that had to align to get me to where I am and continue to aid in my journey. Sure, I could tell myself to not worry too much and to keep moving forward but I am looking forward to what the future will bring!

If I were to give advice to others, I would tell them to trust themselves. Believe in yourself and know that you are enough. This is a career path that many people often latch their identity onto (I know I have and still do sometimes). Learn your craft and work as hard as you can. Allow yourself to accept your success and losses, enjoy the journey more than the result! 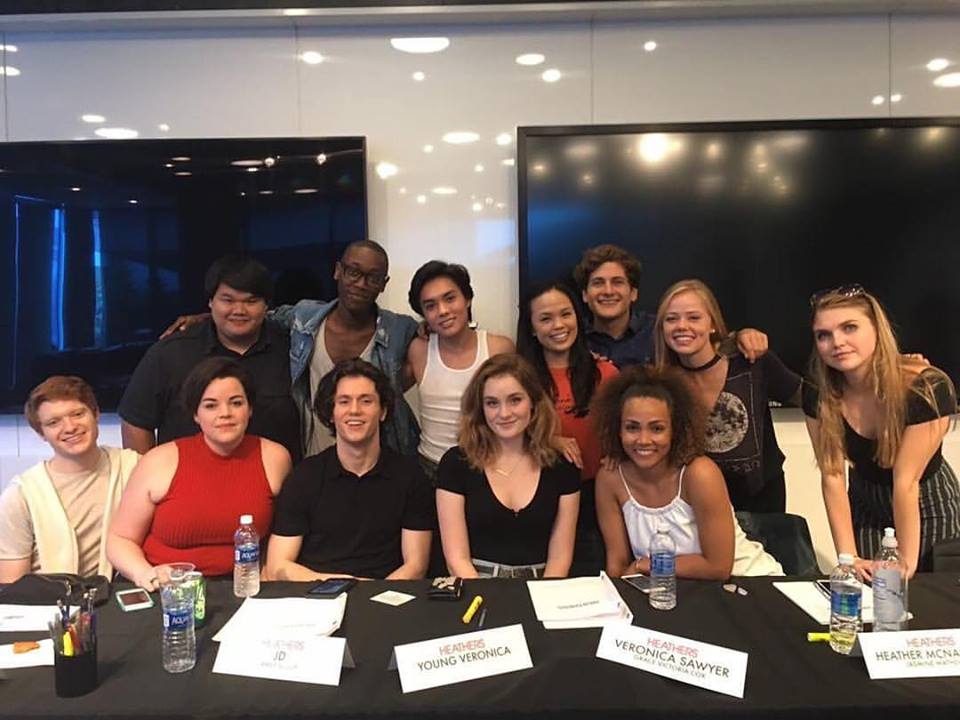 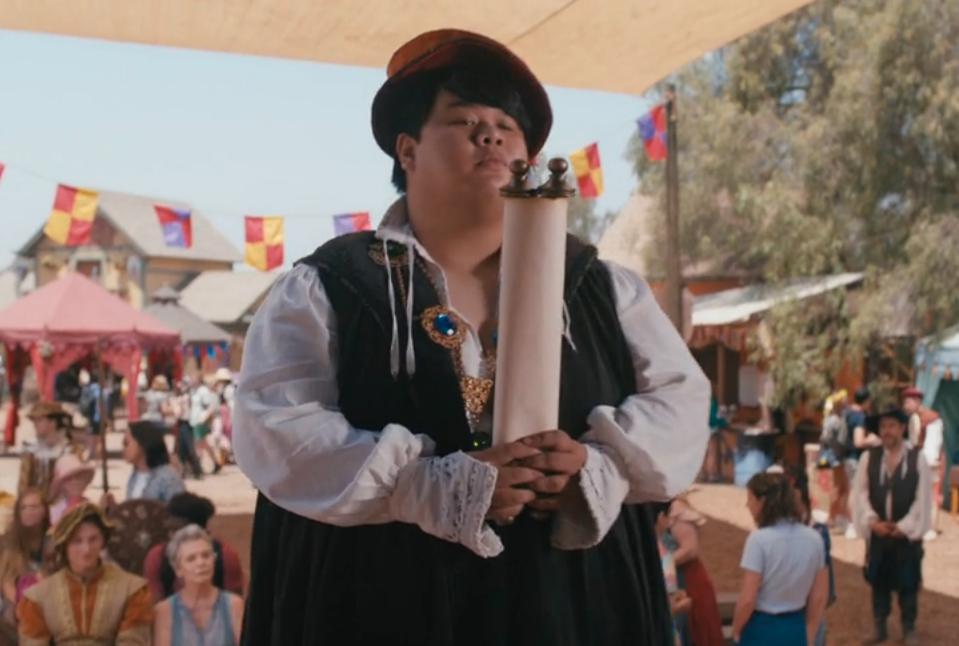 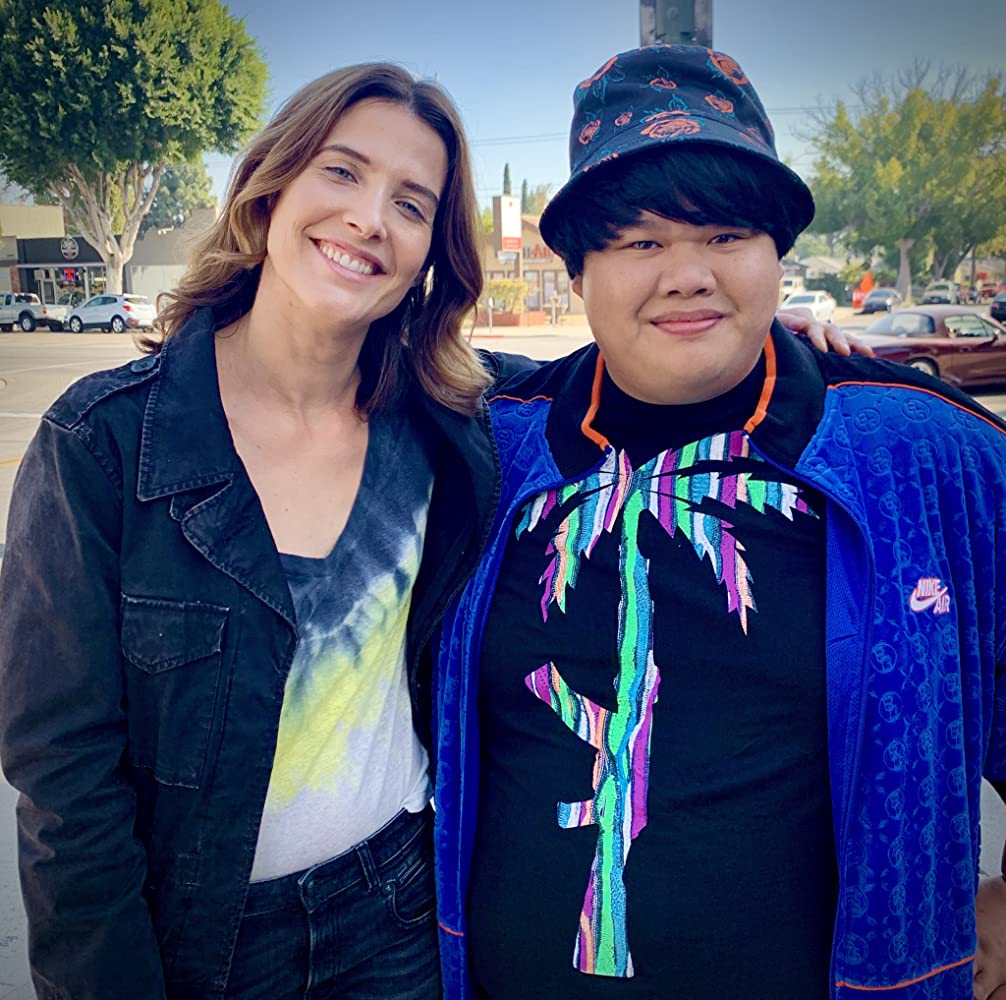 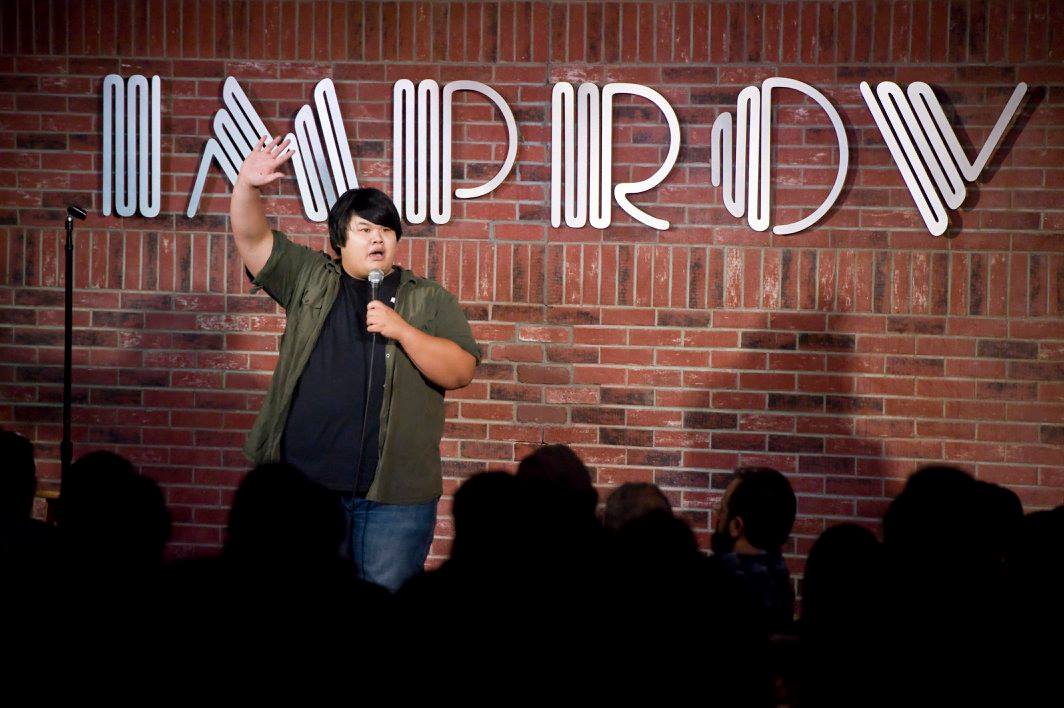 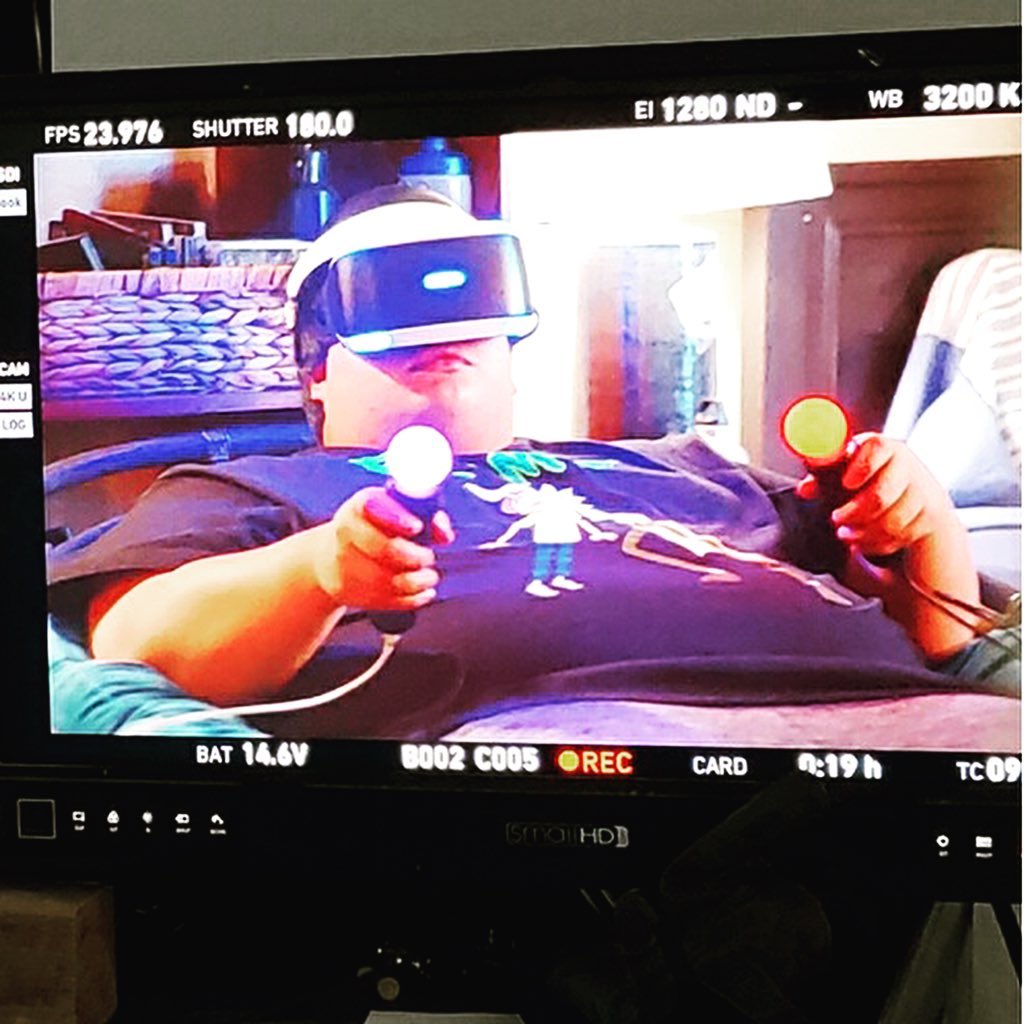 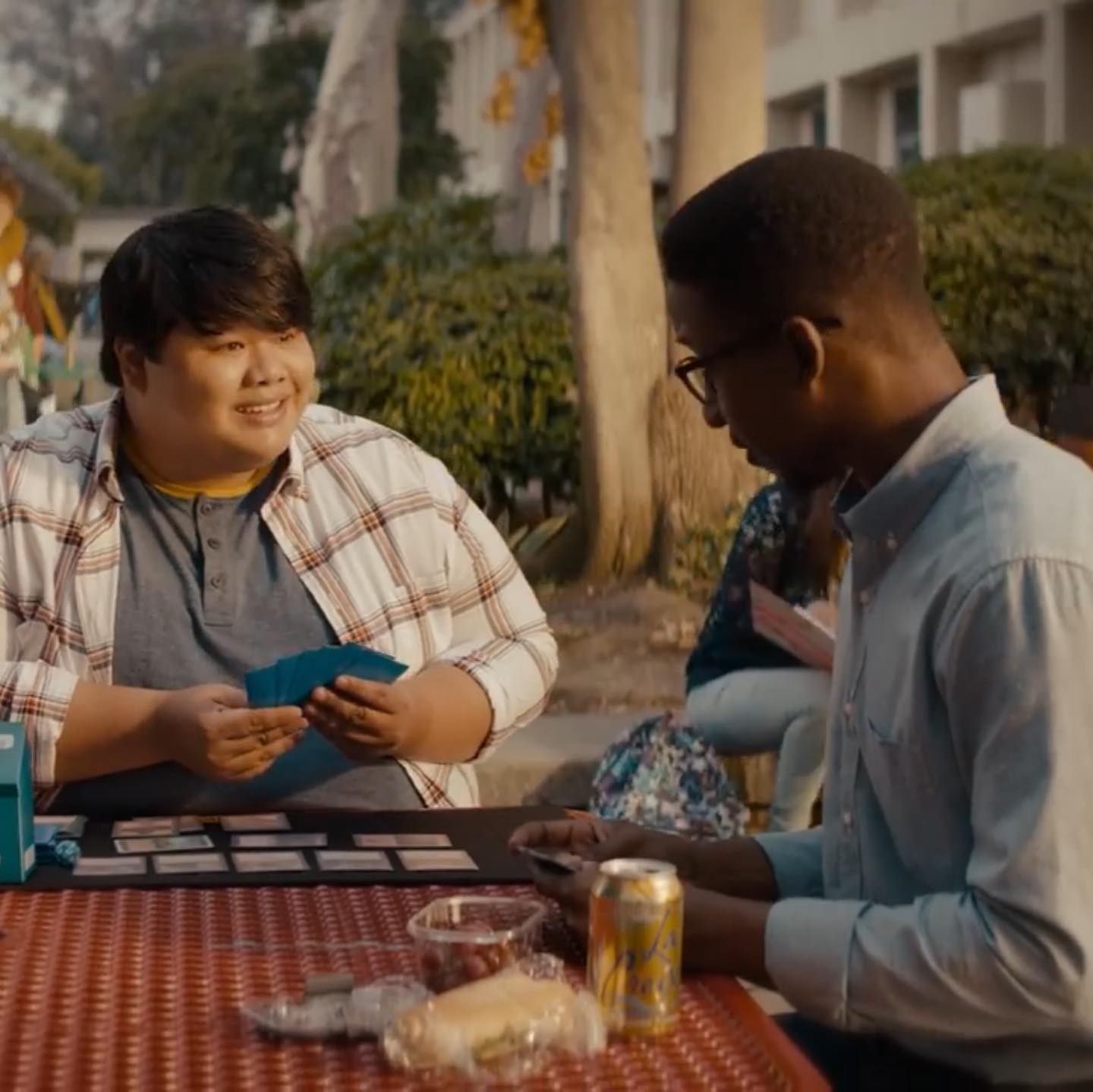 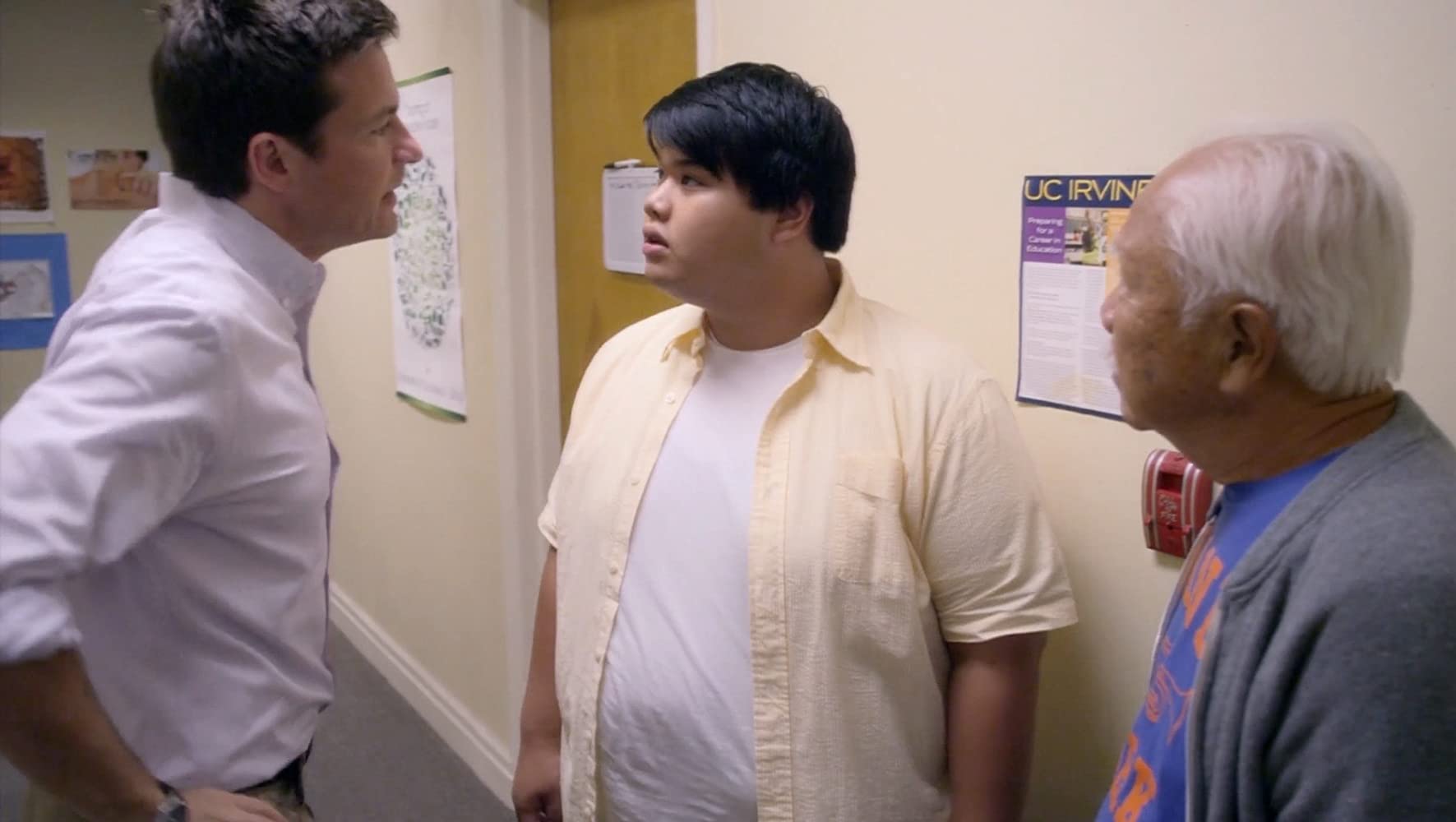 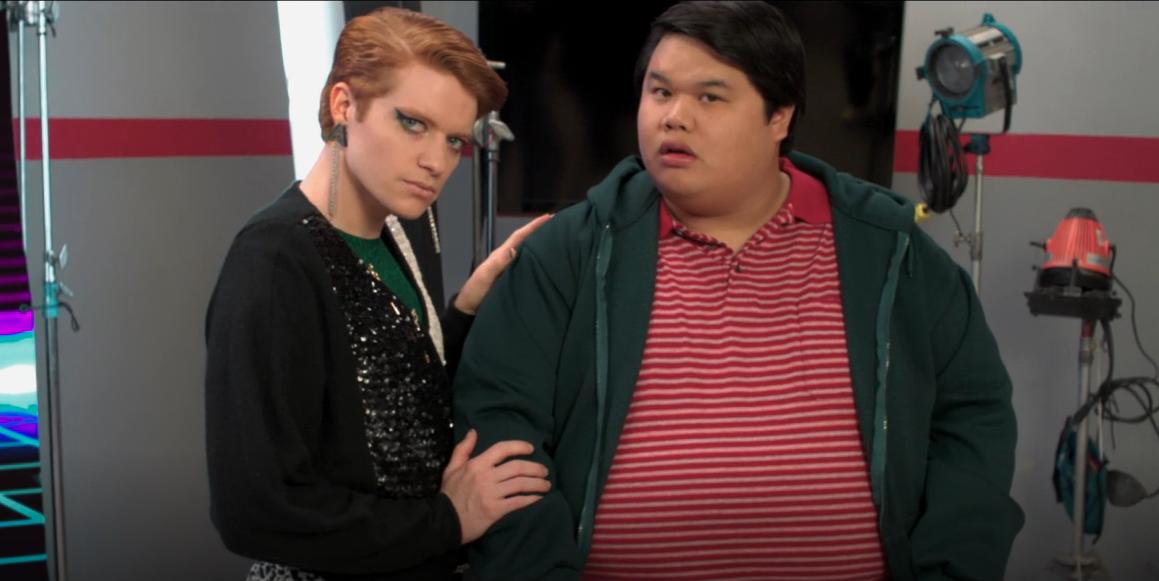