Meet Rodney and Meghann Pino of Grooveworks Studios in Gardena 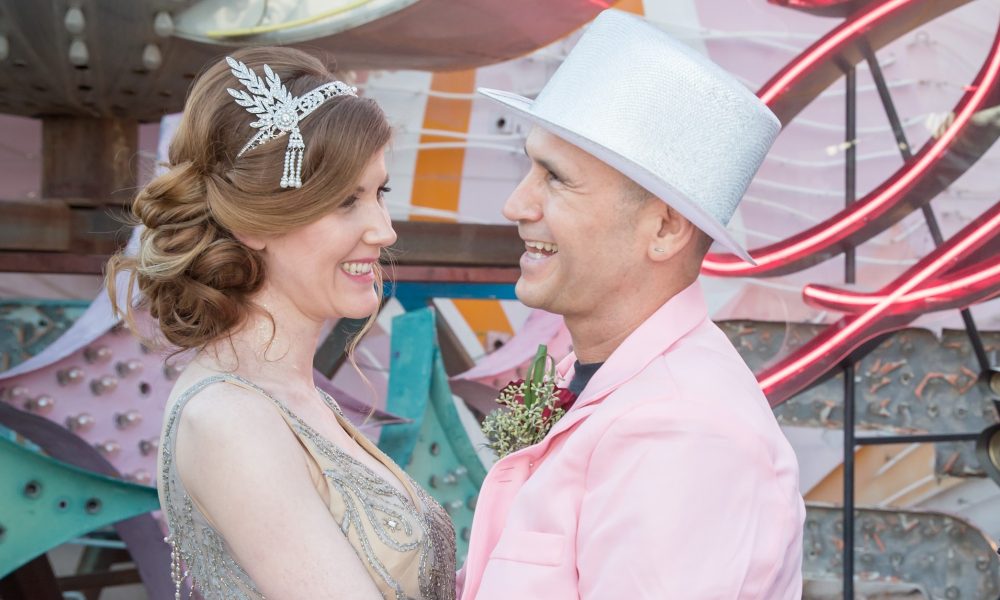 Today we’d like to introduce you to Rodney and Meghann Pino.

Rodney and Meghann, let’s start with your story. We’d love to hear how you got started and how the journey has been so far.
I’ve been a musician for 40 years and I finally got tired of the long commutes and high cost of rehearsing and recording in Hollywood. There wasn’t much available to musicians in my neighborhood. And there was a LOT of great music coming out of the South Bay, from punk and metal, to jazz and R&B. So in 2000 I started Grooveworks Studios in Torrance with a few friends, not only to have a place where I could rehearse my own music, but to bring other South Bay artists closer to home and make it easier for them. We had an 8,000-square foot facility with state-of-the-art recording equipment, a large concert stage, and 16 other rehearsal rooms. Over the years we became busier, a few big names came through to practice and record with us. In 2012 my wife, Meghann, and I moved the studio to Gardena, near the freeways. In the past 5 years, we have worked non-stop to keep our business top-notch, clean, comfortable, friendly, and safe. We are constantly improving Grooveworks cosmetically, as well as upgrading to better music equipment every year. It is constant work, but worth it. And our customers definitely notice our attention to detail. In just the past few years our bookings have more than quadrupled.

Has it been a smooth road?
Rodney: When the recession hit in 2008, it became very difficult to fill our rooms. Bands suddenly didn’t have extra money for rehearsal spaces. Recording artists were also finding cheaper and easier ways to record themselves in their own homes and on apps. I lost my business partners and often had to take money out of my band’s gig paychecks just to break even at the studio. I had to make a tough decision to either walk away from Grooveworks or my house… so I gave up my house. There were many hardships between 2008-2012 at the Torrance location, from the high rent and customers moving out, to constant problems with the building itself. It became depressing and I rarely showed up there. I let others keep an eye on the place for me, which resulted in calls at 3AM about noise complaints and the fire department showing up. I never wanted it to end up as one of those places where people just hang out… it wasn’t about the music anymore.

Meghann: When I met Rodney in 2010, we were on a cruise and he was performing in 3 different bands. I was so impressed with his work ethic and passion for music. On the last night of the cruise he got a call that the fire department had showed up again. For the next couple years while he was gigging and travelling, he continued to get those calls day and night… lots of drama. I never went there by myself. It reminded me of other “rehearsal” spaces in my hometown that were dirty, insanely loud, so smoky you couldn’t see your bandmates across the room. I could tell Rodney was still proud of what he had built and accomplished, but was so sad and stressed about what it was becoming. In the short time, I was there with Rodney, I wanted to help improve it. Really the only way out of that situation was to move and basically start over.

We’d love to hear more about your business.
Rodney: At our new location in Gardena, we now specialize in hourly rehearsal rooms with backline, and spaces for independent recording studios. A lot of customers walk into our small hourly room and laugh and say it’s bigger than most “large” rooms they’ve been in. Along with my contractor, I put a lot of work into the design of the rooms… the angles of the ceilings and walls are all designed specifically for live music. Most of our budget went into the walls: the many layers of soundproofing materials, auralex, ornate wool rugs, etc. Our customers definitely notice how quiet the rooms are (despite bands blasting next door) and how great the sound quality is. Unlike other studios, we are open 7 days a week and offer discounted rates on weekdays before 5pm. Other places in our area are closed during the day since most bands like to jam at night or on weekends. We also have great prices. We don’t nickel-and-dime our customers by charging extra to use drums, amps, and our mics & cables. PA and backline are included… we like to keep it simple. We even rent out the hourly rooms and lounge area to film and photography groups. We have had music videos, fashion shoots, and even a commercial shot at Grooveworks.

Meghann: Almost every day people tell me how much they love our artsy & funky vibe! I watch new customers taking photos of our walls and decorations and it always makes me smile. We almost went broke when we moved so I had to get pretty creative with what we had. Friends donated furniture and rugs. I took my grandmother’s old 1960’s brass chandeliers and gave them new life in our Concert Room. Rodney made a hanging lamp out of an old tom drum. His sister sent us boxes of old records which I glued to the walls, along with recycled CDs, cassettes, and endless band posters. I upcycle everything! It’s risky giving a business your own wacky personal touch, because it may not appeal to everyone. But all the smiles, hugs, compliments, and repeat business from our customers-turned-friends make me realize that we definitely stand out. And we love our customers back and like to promote their work… we have bulletin boards for them to post business cards, concert flyers, coupons for music lessons, etc.

Is our city a good place to do what you do?
Rodney: Going from Torrance to Gardena was a great move for us. Gardena may be a small dot on the map, but we are conveniently located next to the 405, 110, and 91 freeway exits. Before, we were only known to locals in Torrance and PV. Now we are easier to get to and a lot of musicians meet up here between Hollywood and Long Beach… even from San Diego and Santa Barbara! Gardena is also very business-friendly. There are a few other rehearsal/recording studios around us, but none like ours. Gardena is not really known for its music scene. The South Bay as a whole really needs some more cool music venues for our local bands, and national acts, to play.