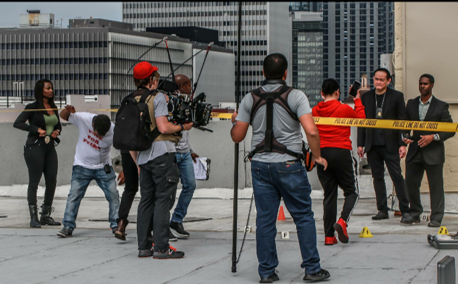 Today we’d like to introduce you to Rodney Damon Collins.

So, before we jump into specific questions about the business, why don’t you give us some details about you and your story.
I developed my love for the arts while in high school and had the opportunity to direct my first sketch comedy as a senior in high school. After writing, directing, producing, and casting my first sketch, I knew that I had an incredible gift.

I grew up in Toledo, Ohio and I attended college at Bowling Green State University. I have a Bachelor of Arts from Bowling Green State University. After graduating from college, I got engaged to my college sweetheart and took a job in Cleveland, Ohio. While I wanted to go into the arts, I decided that I had some priorities to take care of before I pursued my full time acting.

While living in Cleveland, I stayed involved in the arts through independent film projects, commercials, and theater. I traveled to Monrovia, Liberia with my wife to help build a school. I learned what truly matters in life during that time. I saw the value of time with people. My time in Africa helped me to see how short life is and there are things I want to do.

Pursuing my acting career and seeing it through was something that I wanted. Several years ago, my family and I decided to move from Cleveland, Ohio to Los Angeles, CA. Like many other people who have ventured to Los Angeles in hopes of seeing their dreams come true, I decided to take my leap of faith.

When people say to me that there are other people who have come to Los Angeles for their dreams, my response is that I’m not other people. I arrived in Los Angeles with only one film credit. I now have over 13 credits as a principle or supporting actor. There are several projects in the works right now!

I believe as Will Smith once said, “I’ve always been an A-lister, Hollywood just didn’t know it yet!”

Overall, has it been relatively smooth? If not, what were some of the struggles along the way?
The road has been full of peaks and valleys. I’ve learned to navigate them with my faith and my family. It started when I received my first job to relocate to Los Angeles. Within a month of arriving, the job was falling apart along with receiving my paychecks.

In addition, I was in Los Angeles for only nine days, and my car was totaled. I was sitting in traffic on the ten freeway and was rear-ended and pushed under an SUV. I was sleeping on the floor in a family member’s apartment, and my wife was still in Cleveland because she hadn’t received a job offer yet to relocate.

Furthermore, I had to sell a house in Cleveland. On top of that, I had to learn the Los Angeles entertainment culture. In essence, I was a little fish in a big pond.

We’d love to hear more about what you do.
I am an actor, motivational speaker, author, and coach. I look at each of my roles as a servant. I serve people through telling compelling stories that will move people to action. I serve people by helping them to remember to be present in every moment of life.

Any shoutouts? Who else deserves credit in this story – who has played a meaningful role?
My wife, she is an amazing woman who gives of herself and has willingly stepped out of her comfort zone to experience life at another level.

My son and daughter are incredible in their support and belief of seeing this dream through for our family. There are some key friends who kinda keep a low profile who are very supportive.

The actor Bill Cobbs has been a constant support and mentor for me.

The actor James Pickens has made himself available to me for support and advice.

One of my good friends and fellow actress, Patrice Fisher has always been one of my cheerleader and supporters.

I’ve recently established a mentor/mentee relationship with veteran actress, Elise Neal. She has been a great source of inspiration.

I’m grateful for these real relationships because no man is an island. 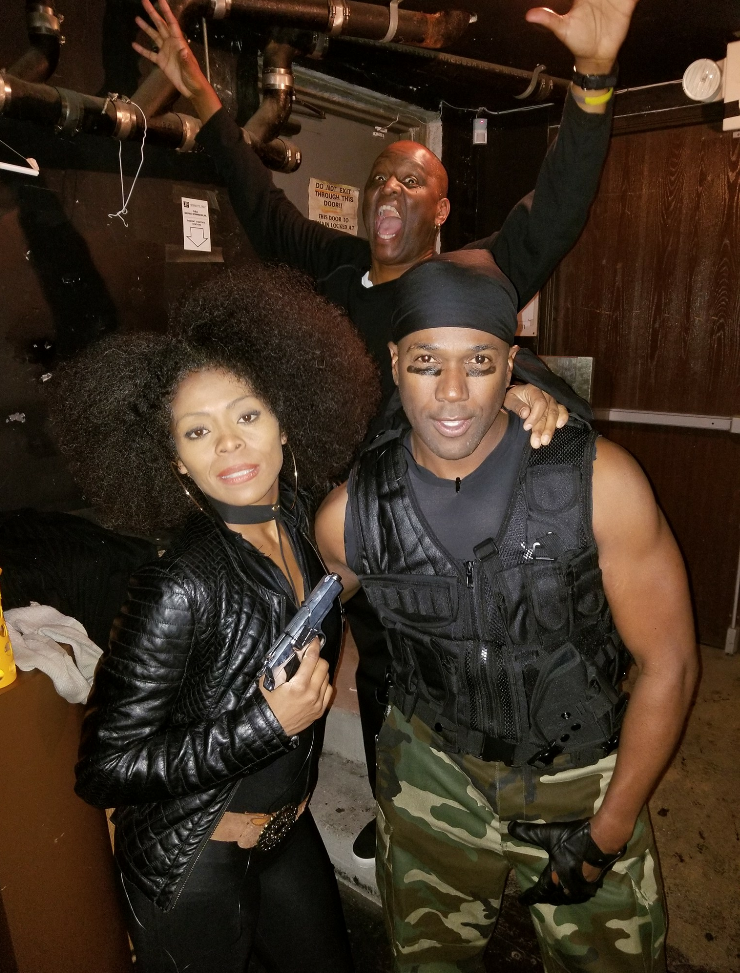