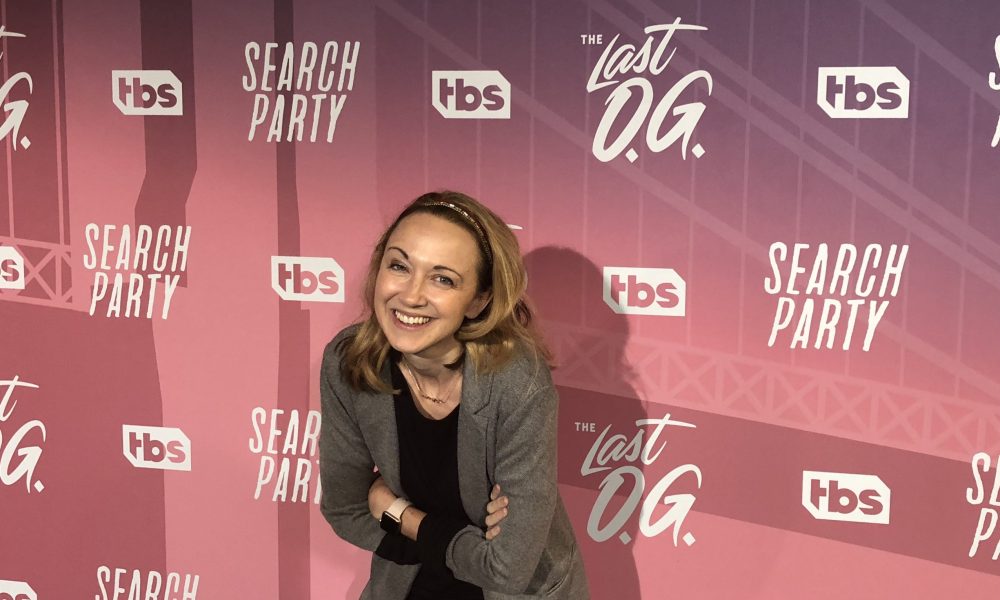 Today we’d like to introduce you to Robyn Lynne Norris.

Robyn Lynne, can you briefly walk us through your story – how you started and how you got to where you are today.
I’m known for being overly-emotional (I cry on cue) but in a comedic way! I also freestyle rap. Growing up, I was an extremely shy, skinny, AWKWARD kid who lived in a small farm town called Fishers, Indiana. To give a little insight into how my personality was formed – my dad was my junior-high principal. I was in the accelerated classes, and my father was so beloved that all the teachers always wanted to talk to me when ALL I wanted was to NOT have the spotlight on me!

As time went on, I found I was funny… to my small group of friends. I didn’t have the courage to ever speak up, let alone “perform” in public until I gravitated to the theatre in high school. I think that’s a pretty common story. Shy person “finds their voice” on the stage. Well, that IS the story! I went to college at Ball State University thinking I’d major in telecommunications but took a few theater classes (just in case). One day, one of the upperclassmen asked if I was auditioning for the “Improv” team.

I knew what improv was because I was OBSESSED with ‘Saturday Night Live’ — in particular, Gilda Radner (who had an improv background). But I never thought of doing it myself. I decided to audition, and something took over. My anxiety was gone… and people were Laughing! And it felt AMAZING.

I knew right then I wanted to pursue a career in comedy. I moved to Chicago after school, studied improv at all the theatres (iO, ComedySportz, Second City), wrote several shows, improvised, and met the best friends of my life. I spent years with The Second City National Touring company, worked cruise ships, Las Vegas, and many other small towns before landing in Los Angeles.

The improv comedy community is incredibly supportive, and I’m blessed with positive (and hilarious) friends, an incredibly talented and kind husband, and a family who has always allowed me to follow my dreams. I perform regularly at The Westside Comedy theatre in Santa Monica (Check out ‘Pass the Mic’, an improvised hip-hop show!). And I continue to pursue writing and acting in Los Angeles.

We’re always bombarded by how great it is to pursue your passion, etc. – but we’ve spoken with enough people to know that it’s not always easy. Overall, would you say things have been easy for you?
Nothing has ever come easily to me, career-wise. I found success with improv and comedy at a fairly young age, but I’ve always had to pave my own way. And, even though I sometimes hate having to work so hard, I’m grateful for it.

I wanted so badly to be hired by The Second City in Chicago. I auditioned seven times. I knew I was never going to be the ‘cool kid’ who had buzz about them and I also froze in auditions… So I started writing and producing my own shows. Over and over, all while working numerous freelance jobs.

I had decided, “One more audition. If I don’t get it, I pack up and move to LA.” And then… I got Bell’s Palsy, and ½ of my face became paralyzed! Two weeks before the auditions. But I was still going to give it one last try. I was going to get up there on that stage with my face half paralyzed in front of people whose job it was to judge me. I was terrified. But it was also a challenge.

I remember being in rehearsal for ComedySportz that week and it being too loud (my ear drum was also paralyzed). I stepped into the lobby, and I meditated for the first time in my life – “Please if I’m meant to get Second City, let it be. And if not, I will let it go.” And the next day I got an email from the casting director…

I’ve had many amazing professional experiences since then. And not all of them have been easy. But I try to balance things with transcendental meditation and working out. And making sure I spend time with my loved ones. I wasn’t always like that. But it’s getting easier.

FYI, the Bell’s Palsy went away after four months. I’m pretty sure it originally came on as a result of stress and anxiety — a constant battle in this profession. Things don’t come easily. And it’s a journey trying to find balance and not beat yourself up along the way. But it’s doable. And I wouldn’t have it any other way.

We’d love to hear more about what you do.
My biggest project right now — I am the creator and writer of #DateMe: An OkCupid Experiment, a comedic play that ran in Los Angeles for three years (as ‘Undateable’), at the UP Comedy Club in Chicago for three years, and is heading Off-Broadway in NYC later this year.

I have always found comedy could be this incredible escape for people from their day-to-day lives, especially when today’s world can seem so negative at times. So I strive to be sensitive and ‘kind-hearted’ in what I do. It’s easy to get a laugh by dissing someone else or talking about how much everything sucks. The person I make fun of the most is myself. And I try to be relatable and kind. That is what I’d like to be known for.

I get great joy and inspiration from Ellen DeGeneres… a comedian who has had struggles, is HILARIOUS without being cheesy, and strives to do good in the world and recognize everyday ‘heroes.‘ I think the amount of happiness she brings on a daily basis is incredible. Plus, we share the same birthday!

In my next creative phase, I want to combine comedy and kindness with giving back. So I’m gearing my writing and projects towards that.

One thing I’ve recently implemented is always carrying a $5 Starbucks card with me and giving it to a stranger who I witness being kind — and then following that up with a positive (and humorous) Yelp review. There are too many negative ones! #PositiveYelp

Last week I gave a Starbucks card to my flight attendant on a long flight back from Turkey. I was nervous thinking “It’s only $5. She’s going to think this is RIDICULOUS.”

Totally beating myself up and second guessing my plan. But I took a breath, and wrote a little note on the card and handed it to her at the end of the flight. The smile on her face was EVERYTHING. I am pushing myself to try to pay it forward with small moments like this. This is just an everyday act that anyone can do. But someday soon, I’ll find a way to do something comedically, and on a bigger level! That’s the dream.

The other dream — to give other artists opportunities. I’d like to be in a position to do so and lead with kindness. This profession can be fear-based and negative at times, but it doesn’t have to be. If you put the right crew of people together, that’s where the magic happens. The Non-Stressful Magic!

Has luck played a meaningful role in your life and business?
Not much.  I mean, I’m actually pretty lucky. I win a lot of contests (No Joke. A lot). But it’s because I enter them. And I think my professional success has been that classic combination of hard work and being ready when opportunities present themselves. 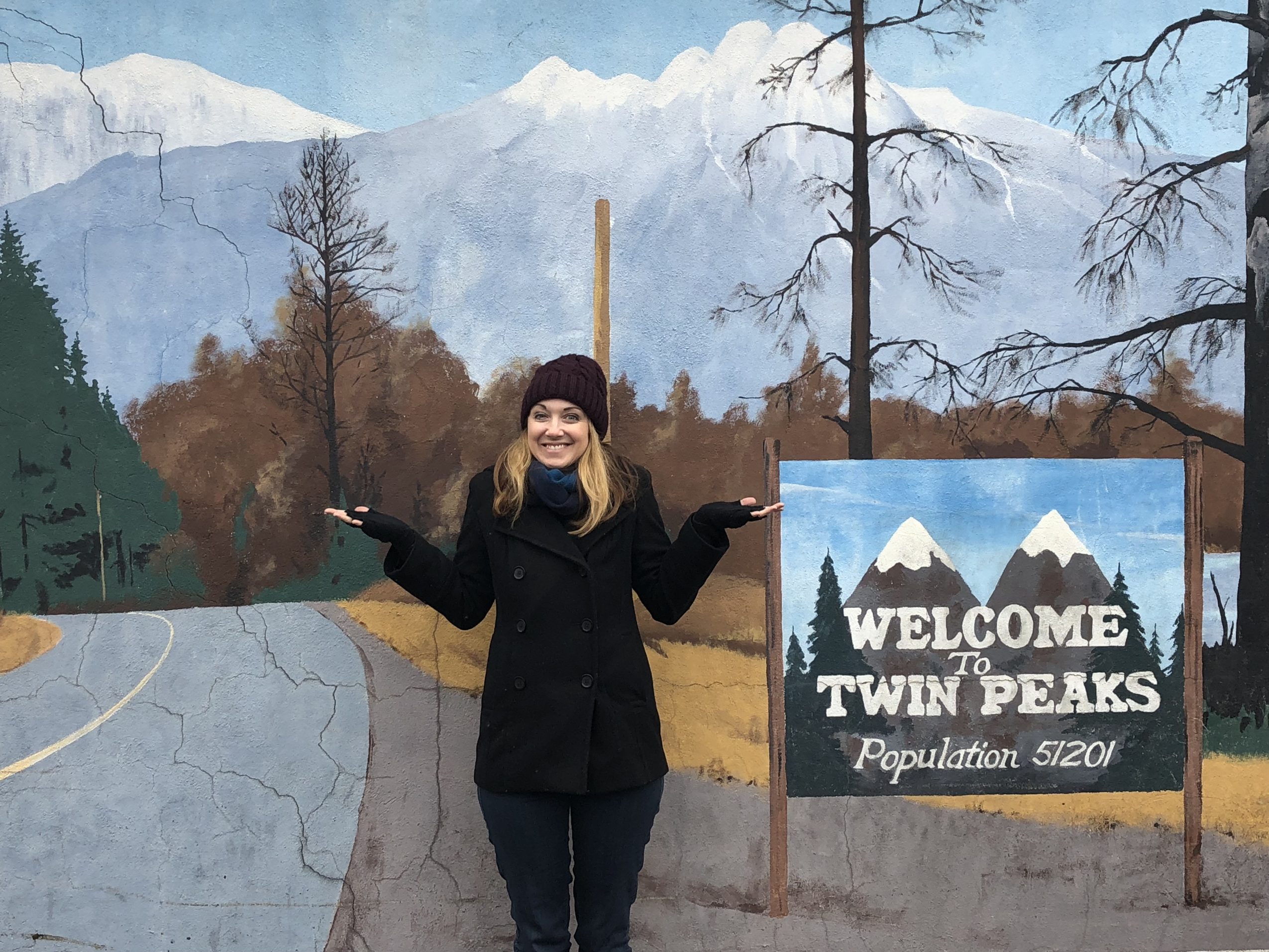 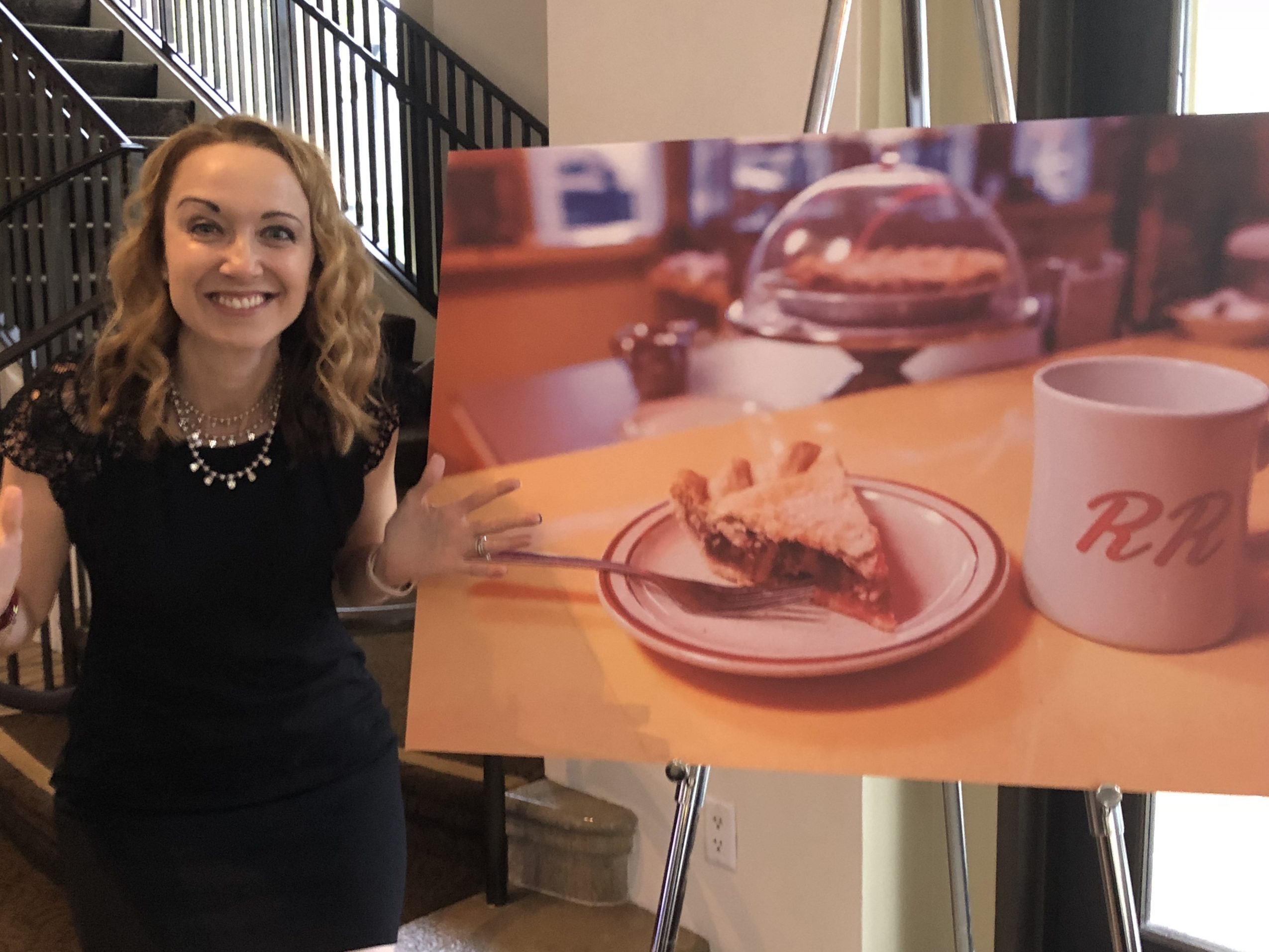 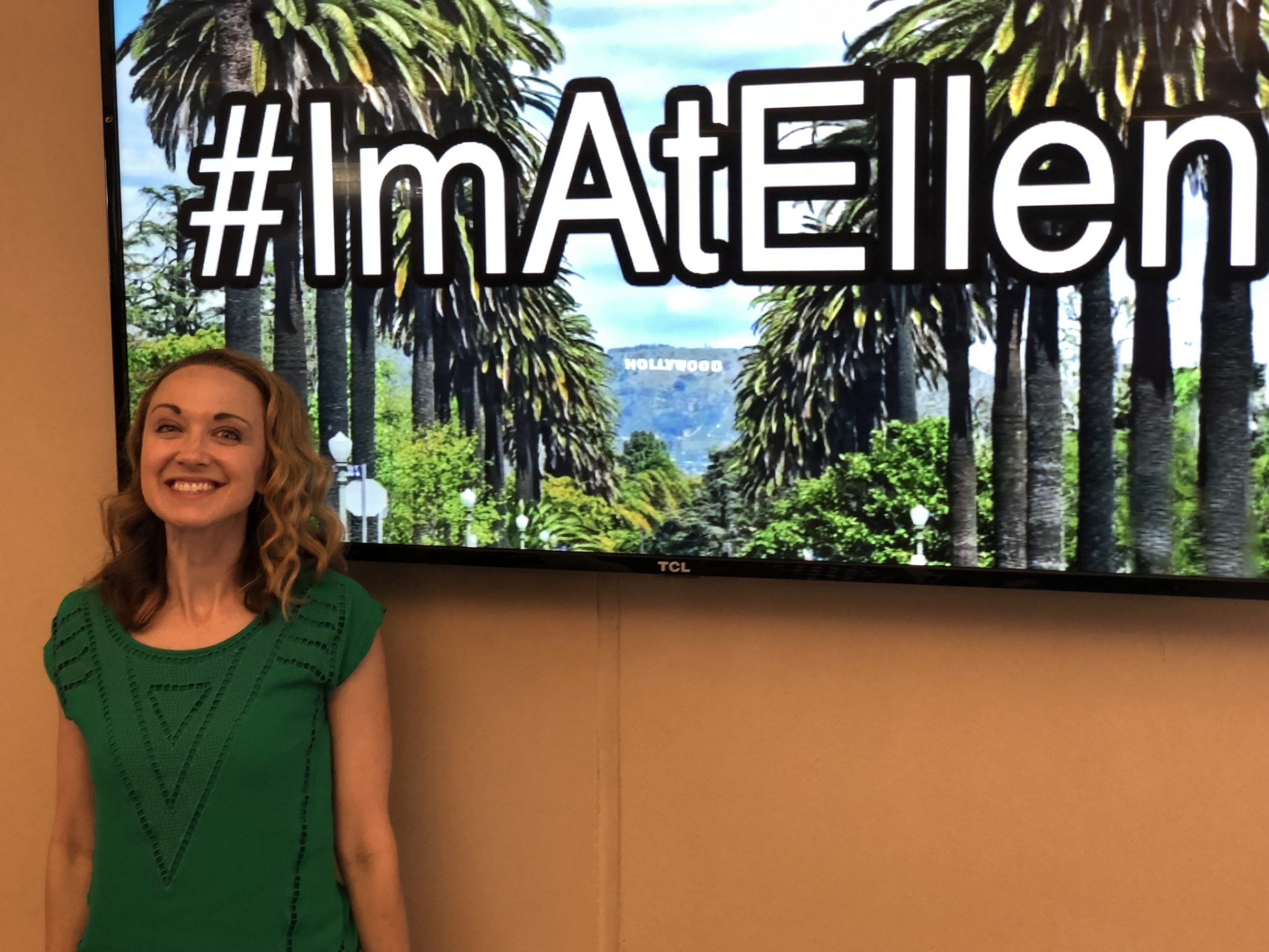 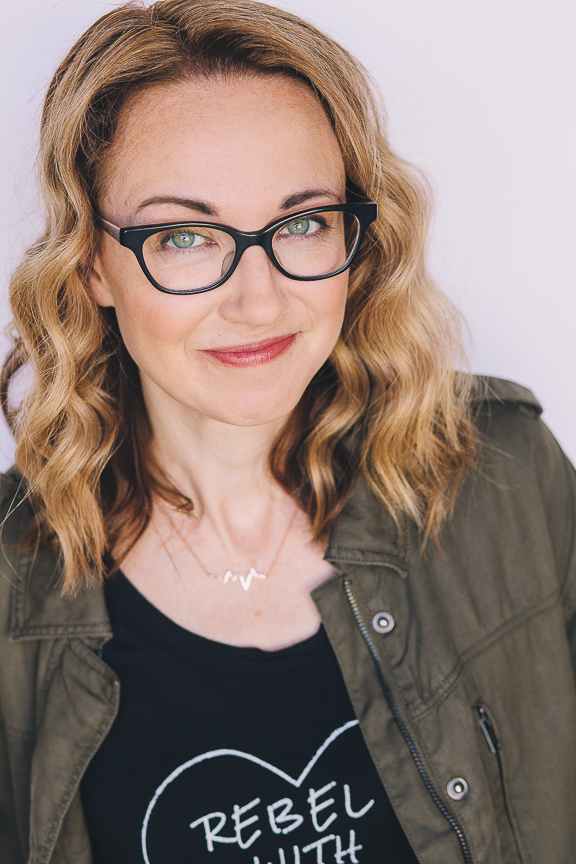 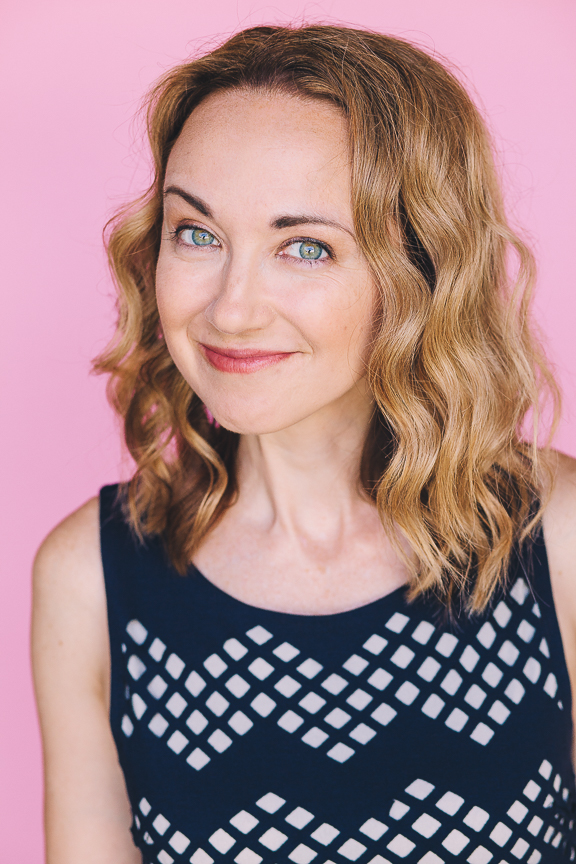 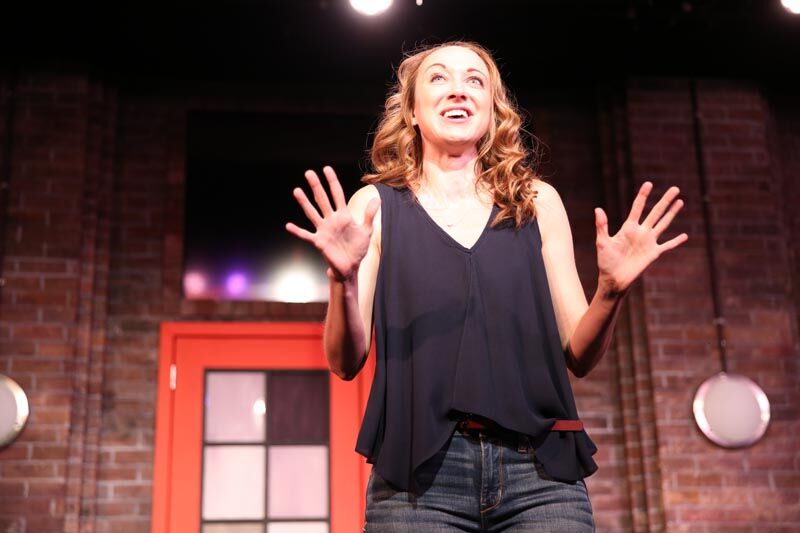 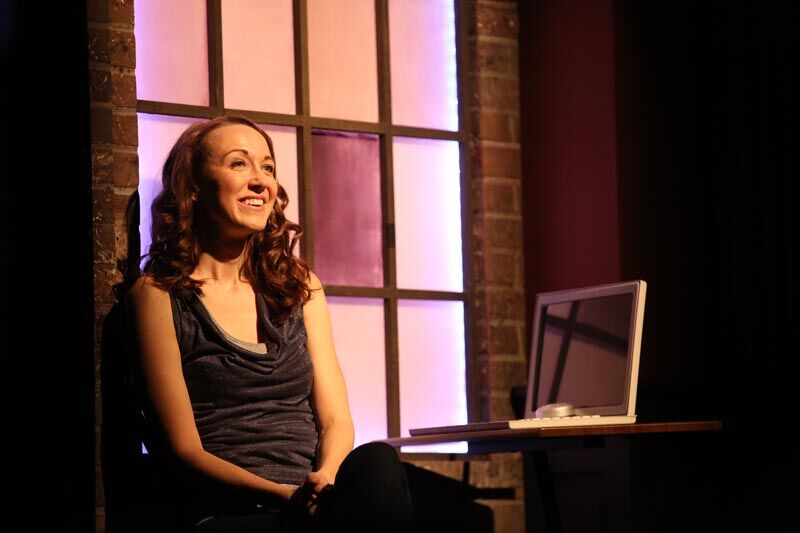 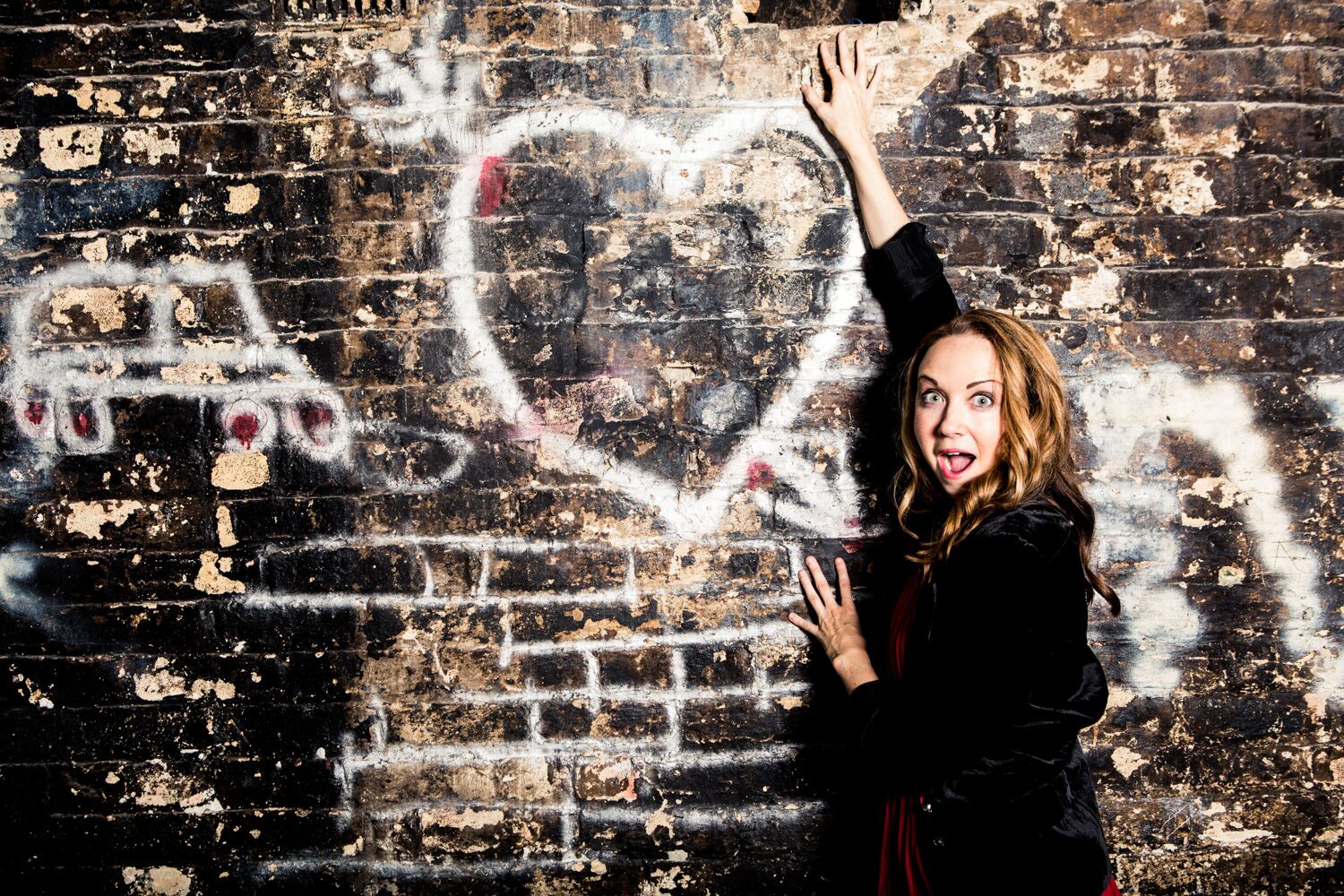