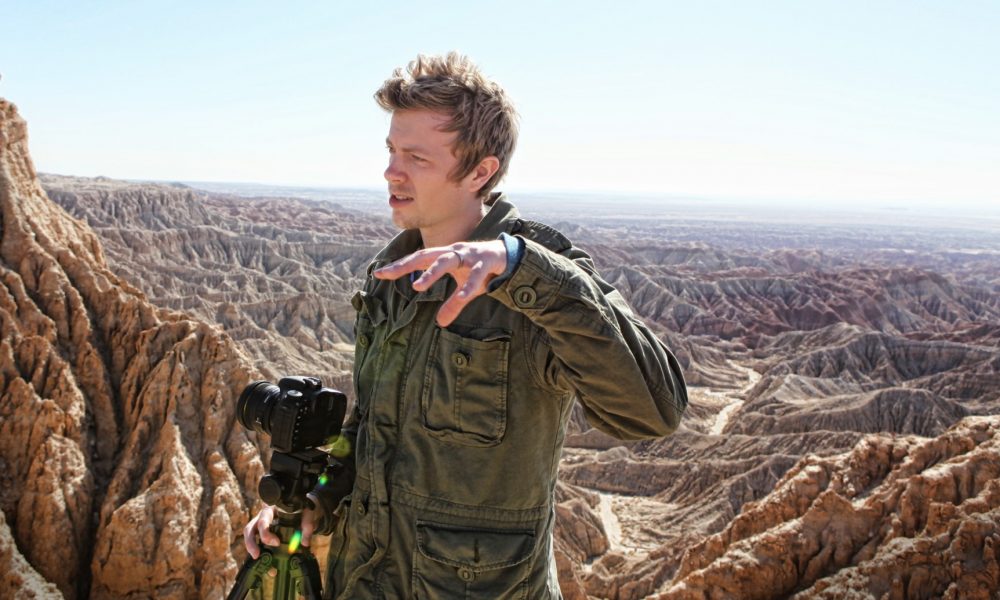 Today we’d like to introduce you to John Irwin.

John, can you briefly walk us through your story – how you started and how you got to where you are today.
I started in Computer Science at Virginia Tech with the intention of designing video games. One year in, it was clear that I would be doing more math and programming than I would be telling stories which is all I really wanted to do.

Midway through my first year, I saw an action-packed short film that a student made and it blew my mind. Up until then, the only real experience I had with cameras was the annual hanging of our Christmas stockings for my Dad’s enormous VHS camcorder. I immediately switched majors to Communication and Film Theory and started making dozens of mini shorts with a cheap Digital 8 Camera I purchased at Best Buy. After graduating in 2005, I couldn’t get to LA fast enough. I cracked a cylinder head in the engine of my ’97 Ford Taurus while pulling a small U-Haul trailer cross-country.

When I got to Culver City, I took an apartment with 3 roommates and proceeded to dive headfirst into unpaid production assistant gigs on Craigslist. It soon became clear to me that in order to become a director, I wouldn’t be able to just climb some traditional career ladder and hope people would see my potential, I would need to get my hands dirty and direct content within my own resources on a regular basis until it was good enough for people to take notice.

Over the first several years out here, I had the amazing opportunity of producing, editing and/or shooting on various commercial projects around the world. Whether it was filmed at a ranch in Texas, on a glacier in Iceland, or filming jet take-offs on the flight deck of an aircraft carrier, I’ve learned so much from each and every experience about who I want to be as a director, the kinds of stories I want to tell and how I want to tell them. When I get back home from a production trip, my brain is on fire with ideas and I try to note the more profound moments so I don’t forget them years later.

In 2008, I was a producer with a small crew filming in the markets of Kabul, Afghanistan. The whole trip was an amazing experience but I’ll never forget the moment we headed for a rooftop one morning to get a wider view for a shot. We walked up a dark, bombed-out staircase and on every step was a woman sitting in silence, back to the wall, wearing a full burqa. The thick hooded mesh covered their eyes but I could distinctly feel the women’s stares as we walked past.

There must have been nearly a hundred women and it wasn’t until we got to the top that I realized why they were there. At the top floor, there was a cafe with men smoking and relaxing at tables- all laughing and carrying on, drinking tea out of small white porcelain cups. We learned ever so matter of factly that the women were wives of the men inside, prohibited from going in and not allowed to go off on their own. So, they were set out in the stairwell until the husbands were done with their morning tea. It’s one thing to read stories about challenges like these that other people face around the world, it’s another to see them right in front of you.

The Afghanistan trip humbled me to the core. Back home, I had a newfound desire to look for untold stories from some of those struggling around the world. In 2011, I wrote and directed SOLD, a short film centered around human trafficking that ended up winning some awards and becoming a semi-finalist in YouTube’s first ever film festival produced by Ridley Scott. The short film even got the attention of Roland Emmerich who is now Executive Producing a feature script I wrote that I’m also set to direct.

In recent years, I’ve been so grateful to find a good balance between creative work and family life. I guess you could say a lot of the creative work also involves juggling the ever-shifting work schedules of my wife and I as we try to raise our son, Oliver (age 4).

Whenever I have time to myself, I spend it writing and creating film projects, sharpening my craft, learning from mistakes, and trying to find my voice.

Has it been a smooth road?
Making a living and being creatively fulfilled have often been at war with each other. It’s such an expensive city to live in- so it’s often that I’ve been happy just to be working. It’s a slippery slope, at least in the beginning, to try and shape where you want your career to head when only a few job opportunities develop each month and you have to snatch them up to survive, even if they don’t fall exactly in line with what you ultimately want to do.

Like some tagline to a bad car commercial, I think my hardest lesson has been figuring out how to enjoy every part of the journey. It’s been so easy to get caught up in some down-the-line desire like directing a feature or directing national tv spots. It took me a while to understand that true creative fulfillment isn’t just reaching for lofty dreams of success. No matter what, you’ll always reach a point where you are waiting for validation, or funding, or some bigger power to say yes. It’s easy to lose focus and become a prisoner of your own ambition. Creative fulfillment comes from making stuff right now. What can I do today, what can I create from start to finish without needing permission. As simple as it sounds, just getting out there and making projects every day, and doing the absolute best I can has brought the greatest joy of my creative life.

One of the first projects I kicked myself out of the house for was back in 2011 when I entered a Vimeo contest for Moby’s new album. I had just one weekend to put together a music video for a music track with the theme “Hello, future.” I came up with a concept and pitched it to my brilliant friends Kathrin Eder (Prod. Designer), Eduardo Mayen (Cinematographer) and Ashley Sawyer (Actor) I know to team up for this fun weekend challenge. The music video turned out great and was the most ‘liked’ entry in the batch of contestants. For a mere $300, we were able to transform my apartment’s shower into a sterile sci-fi observing cell and my apartment into a pitch black operating room.

It was such a fun experience that soon after, on a whim, I made an April Fools Day announcement video for a fake camera lens. I guess it was pretty convincing because when it launched, it was posted on over 40 photography blogs and by the end of the first day, I received an email from the President of Red Camera with the subject line “Impressive lens… we should talk.”

He had a good sense of humor about it when I told him it was fake and he offered me a free Red Camera package to use for a commercial spec I was directing the following month. Moments like these reaffirm that there’s never a downside to making things in the ‘right now’ as opposed to waiting for some perfect project to come along. There’s a good chance that if what you make is any good, it will always find an audience and lead to opportunities in the future. If anything, it makes it easier to continue with a next project, whatever that may be.

So, as you know, we’re impressed with Robinson Hope Creative – tell our readers more, for example what you’re most proud of as a company and what sets you apart from others.
I have a strong background in editing, design and VFX and it’s with these skills I’ve enjoyed taking on a variety of directing projects and can see them through from concept to completion with a very limited crew and budget.

It’s only recently that I’ve found myself drawn to non-fiction commercial work. I’ve gotten to share stories from people, companies and brands that I believe in whose stories inspire me. Discovering how to tell their story in a way that captures the true essence of who they are and what they do has been a fun challenge every time. I’ve found that these projects have not only helped me tremendously grow as a filmmaker but also as a person. Clients don’t meet me in some sterile studio or stage with a pre-written script, I get to travel to where they are, see what they do, and tell the story as is, in the most visually compelling way.

Let’s touch on your thoughts about our city – what do you like the most and least?
The people here are the best part about the city. There’s a creative energy you can’t find anywhere else. I know everyone usually says their least favorite thing is TRAFFIC but it hasn’t bothered me lately. It took me 10 years but I guess I’m finally used to it. 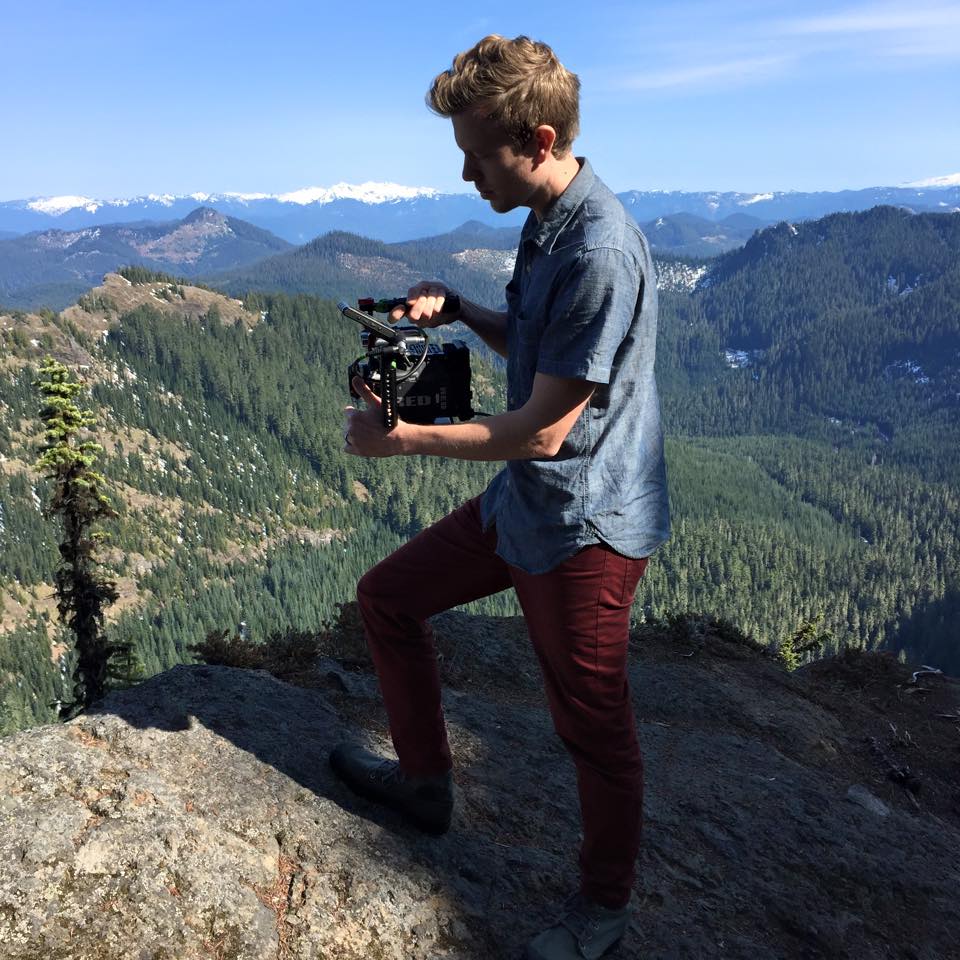 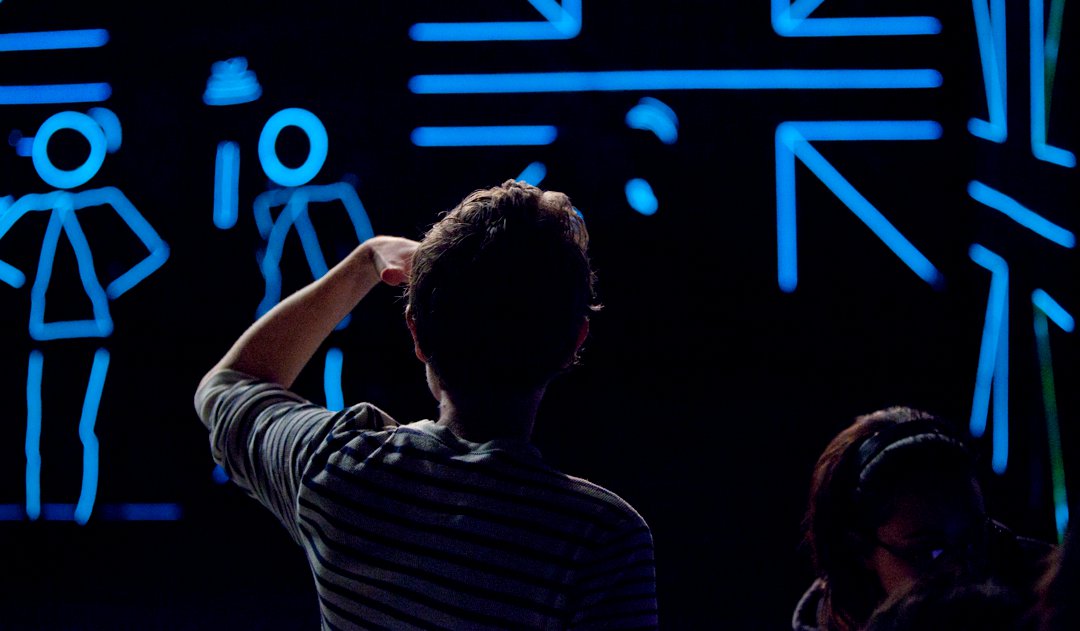 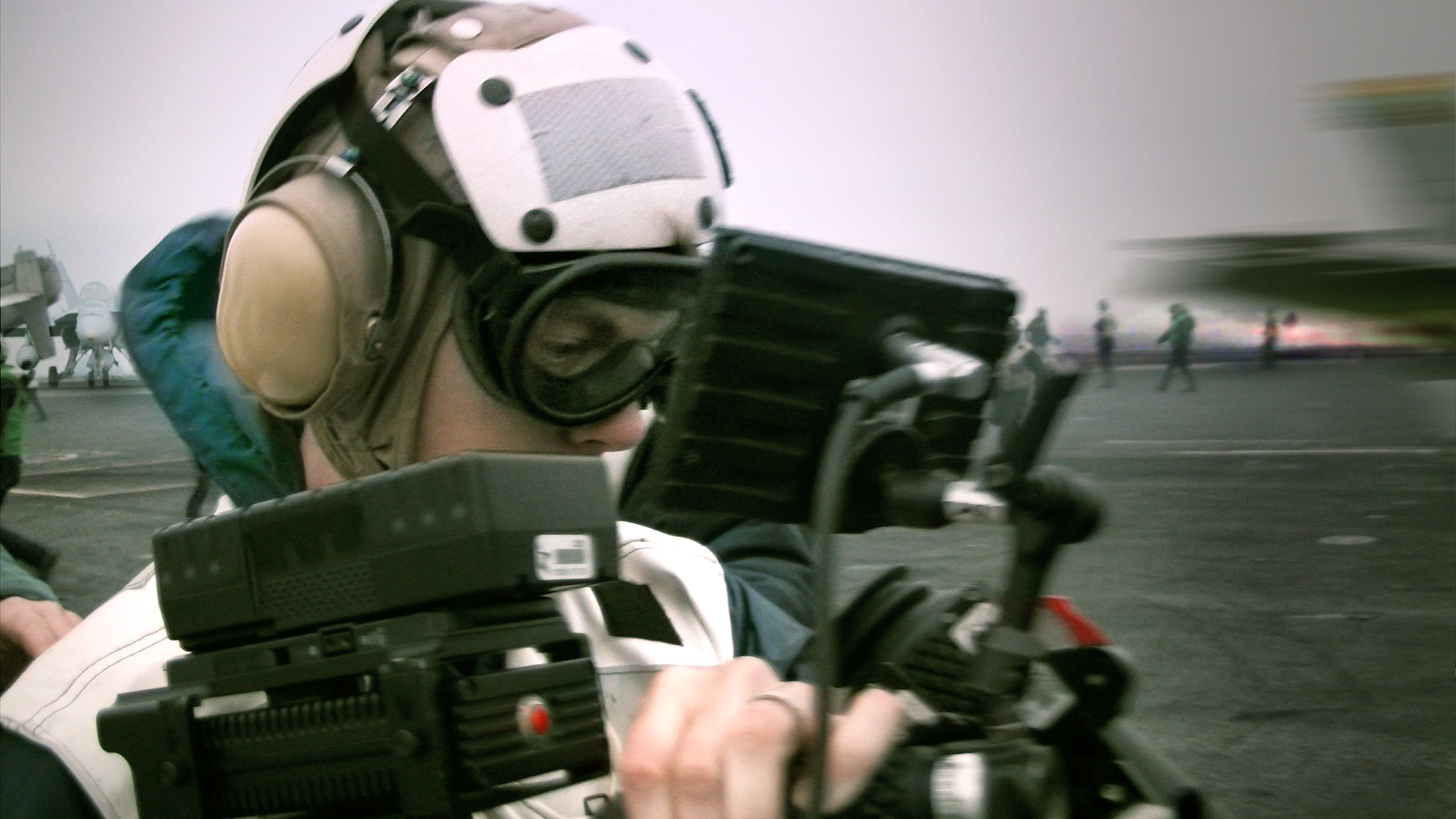 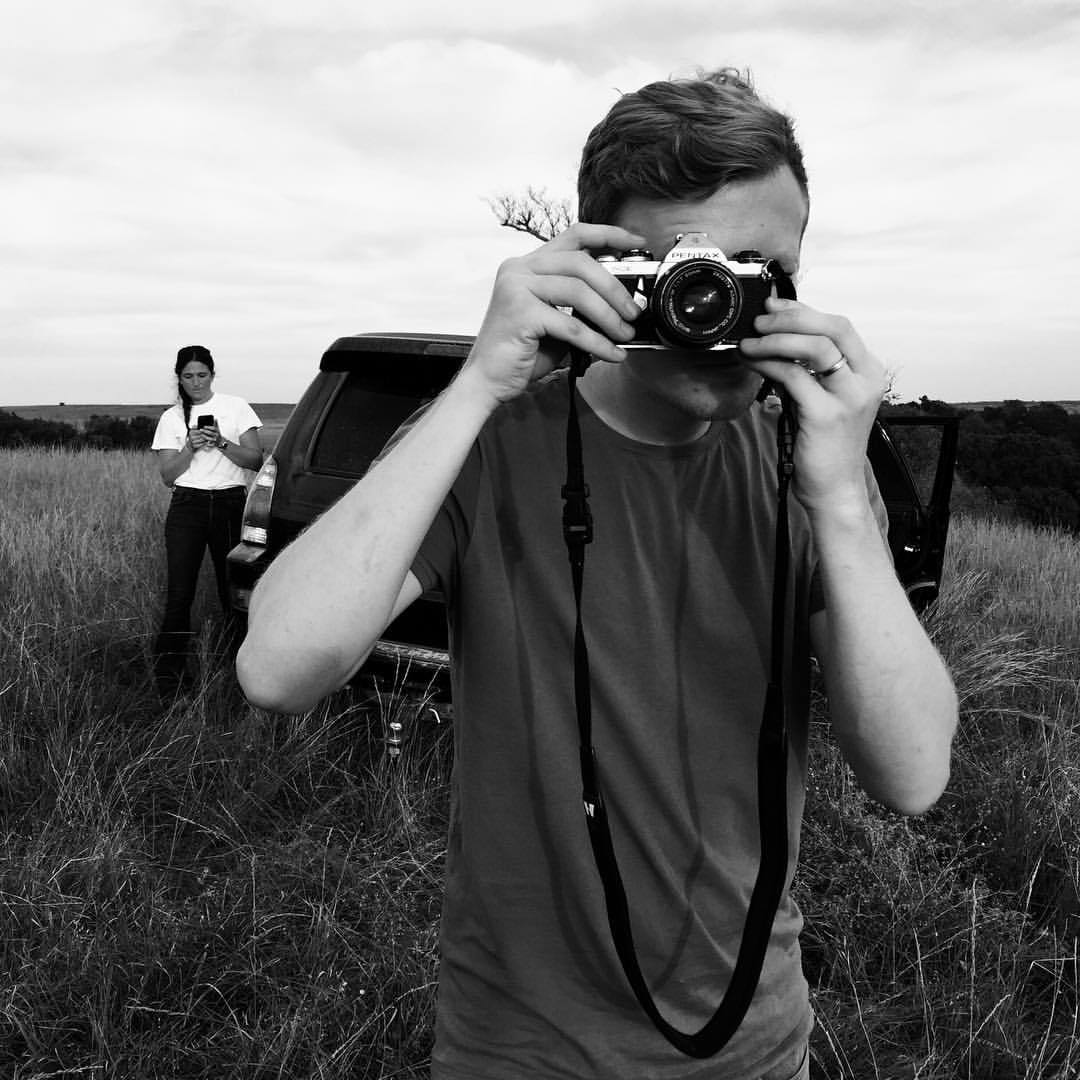 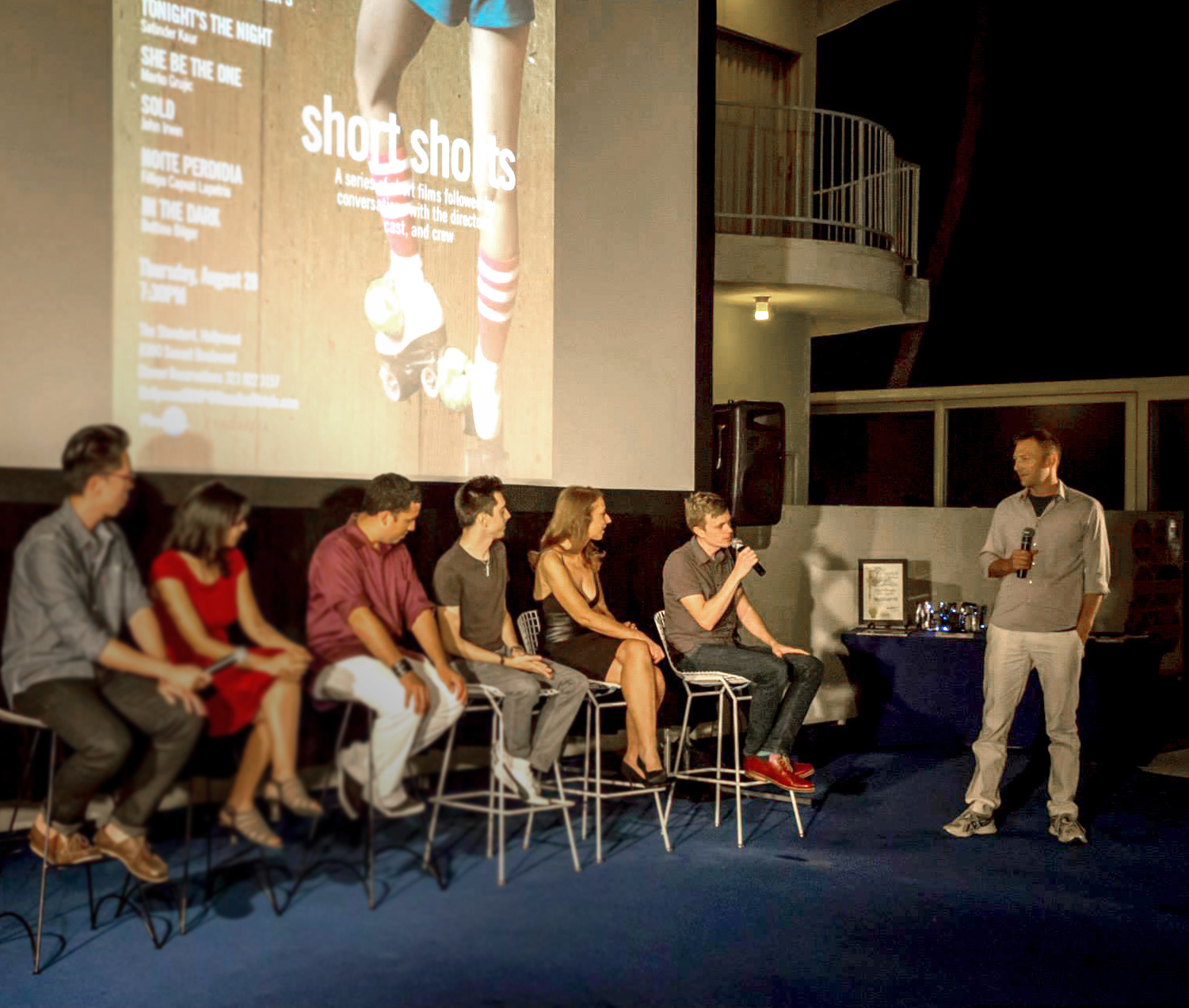 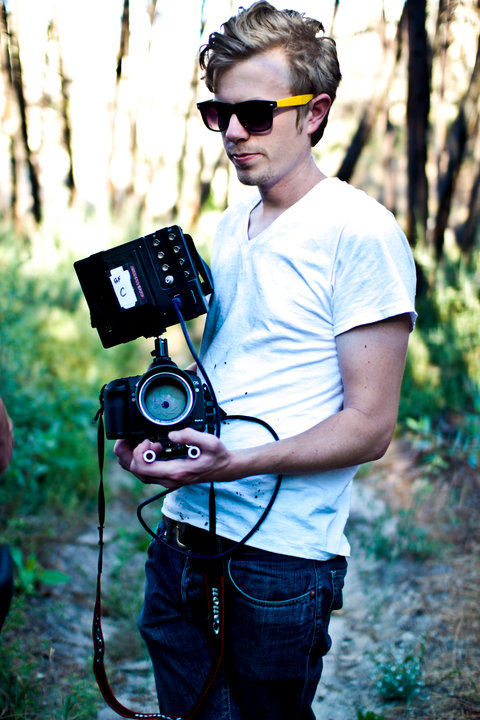 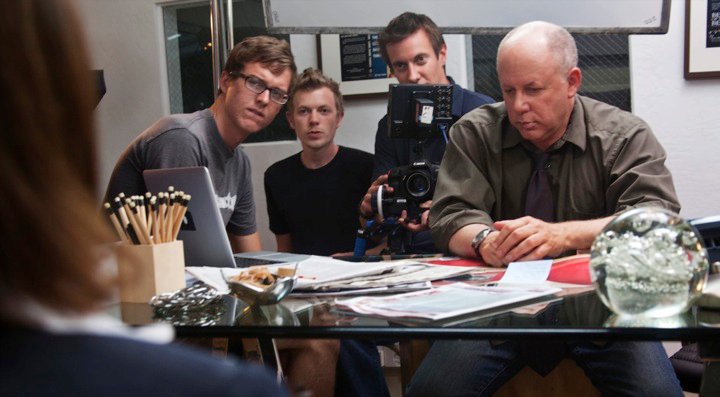 “I wrote and directed SOLD, a short film centered around human trafficking…”

“One of the first projects I kicked myself out of the house for in 2011…. music video… “

“I made an April Fools Day Announcement video…”