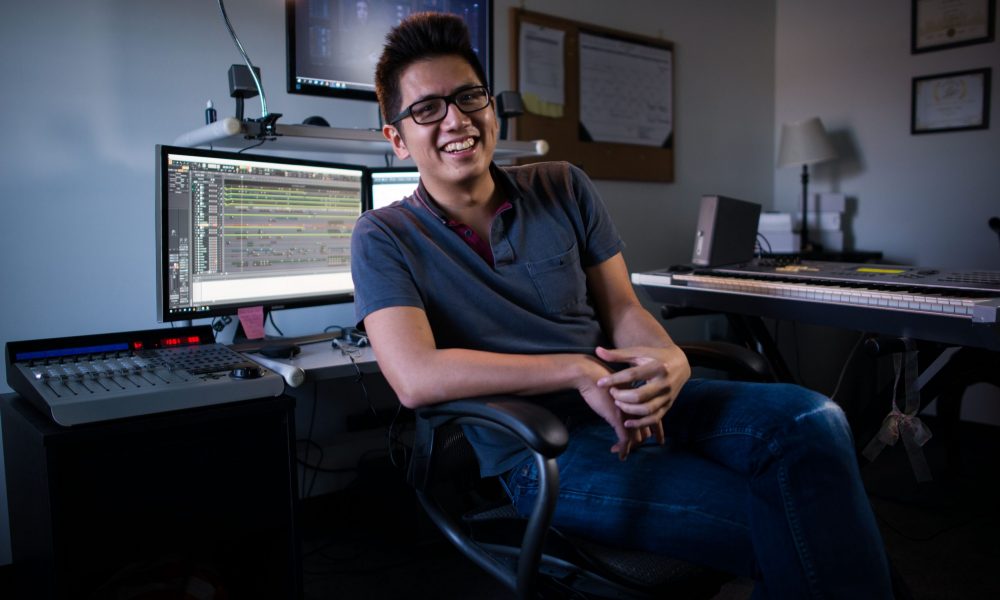 Today we’d like to introduce you to Robert Mai.

Robert, please share your story with us. How did you get to where you are today?
I was born and raised in Yorba Linda and spent much of my childhood swimming, sailing, and kayaking in the sunny Californian waters. My parents gave me violin lessons when I was a kid, but like most kids I had trouble staying motivated enough to practice. I vividly remember studying under an incredibly strict and terrifying Russian instructor (who would bark instructions at me in a strong Russian accent) and wanting to quit for the longest time, but then my life changed when I started to perform in school orchestras. There was something magical about 60-70 musicians working together to bring music to life, and I voraciously performed in different groups until I graduated high school.

I’ve had dreams of being a doctor like my dad, but since I struggled academically I turned to writing and discovered a talent for the creative arts. Pretty soon, I was writing scripts and filming videos for various school projects, and harboring fantasies of being a Hollywood director/writer. I also wrote music for some of these projects out of sheer curiosity, since I was a huge soundtrack nerd and wanted to see what it was like to be a composer. Eventually, I got accepted to Chapman University to study screenwriting, although I also dabbled in directing, acting, editing, sound, production design, and cinematography.

I had a blast in film school, but I had no idea what I wanted to do for a living when I graduated in 2015. Thankfully I fell into freelance script supervising, and for a couple of years, I worked for companies like Warner Brothers, Disney, SpikeTV, Buzzfeed, as well as numerous independent features. I was paying rent and on my way to joining the union, but I was also growing dissatisfied with the work and close to burning out. It was a fun job, but I wasn’t feeling fulfilled and I was ready to quit film and move on.

Then I got my first scoring gig, almost by accident. A directing friend of mine needed music for a goofy short film comedy, and I impulsively volunteered to compose for free; they ended up throwing out 2/3rds of the score, but I was hooked on the process. I bought countless textbooks, taught myself the basics of film scoring, and began to offer my services to every director I knew. For two years, I was basically banging my head against a brick wall as my lack of experience kept me from finding projects to score. By sheer luck, I was nominated for a College Emmy for best musical score in 2017, and my composing career slowly began to gain momentum.

A sound designer friend recommended me for my first feature film gig in 2018, and all of a sudden work began to explode. I scored three more features, a couple of video games, dozens of shorts, and was essentially supporting myself through music in mid-2019. More importantly, I finally found a line of work that combines all my passions in film and music into an incredibly fulfilling career. Thanks to these opportunities, I was able to connect with a community of phenomenally talented filmmakers, composers, and musicians in LA, and I’m excited to see where the future takes me!

Overall, has it been relatively smooth? If not, what were some of the struggles along the way?
The competition for work can be fierce and overwhelming for newcomers in the film industry, especially in a field as over-saturated as composing. In fact, I’ve only truly found my footing after three years of hustling paycheck-to-paycheck. Those periods of slow work can be brutal, and I’ve definitely come close to quitting a few times, but I’ve pulled through thanks to the support of my friends and family. Having parents that encourage you to pursue what you love makes a world of difference (especially when Asian culture dictates that you study medicine or law), and I owe my whole career to them.

Another huge obstacle for me was starting a career without any formal training in film composition or music theory, besides what I learned while playing in orchestras. I simply learned as much as I could through the job, studying on my own, and learning from other composers. The advancement in music technology has definitely made it easier for me to transition to composing, and for that I’m incredibly thankful… but I intend to take classes and keep learning about music well into my nineties! I’ll only stop when they tell me to take a break and get into my damn coffin.

Alright – so let’s talk business. Tell us about Mai Music Productions – what should we know?
I compose music for all forms of media, whether it be movies, video games, podcasts, or even art installations. I’m well-versed in most genres, although I tend to get most of my work in fantasy, drama, or animation. Although I started out writing orchestral music, I’m equally comfortable writing for electronics or combining both, although my favorite thing to do is incorporating traditional instruments from different countries around the world. Some of my favorite composers are James Horner, Jerry Goldsmith, Johann Johannson, Carter Burwell, John Williams, Thomas Newman, Alexandre Desplat, and Johnny Greenwood.

I think my most valuable skill is my ability to combine my screenwriting experience with my musical instincts. It’s critical to write music that strikes the right tone and fits in the moment, but I also love stepping back and figuring out the dramatic arc of the whole film and how to plant/pay-off musical themes. Longer cues are a joy to write, and I think my current record is eleven minutes (although I’m aiming for twenty next time). I’m also doggedly stubborn about never walking away until a client is 100% happy with the music, and I make a point of not burning any bridges.

Any shoutouts? Who else deserves credit in this story – who has played a meaningful role?
Oh man, there are so many people that I want to thank, so my apologies to those that I had to leave off this list. Besides my wonderful parents and close friends, I have to thank my professors Jeff Philips, Dan Pavelin, and Amy Graziano for opening my eyes to the unbridled possibilities of story, sound, and music, as well as Tony Spiridakis for shaping my current viewpoint of film-making; Paulina Lagudi and Gerry Vazquez for giving me my first shot at a feature film; Valerie Dalena for being one of my biggest cheerleaders and giving me my first internship; my dear friend Gintare Urbutyte for convincing me to become a composer in the first place; every director and producer that had faith in me; every composer I’ve ever met, y’all are super cool to talk shop with; and the list goes on and on! 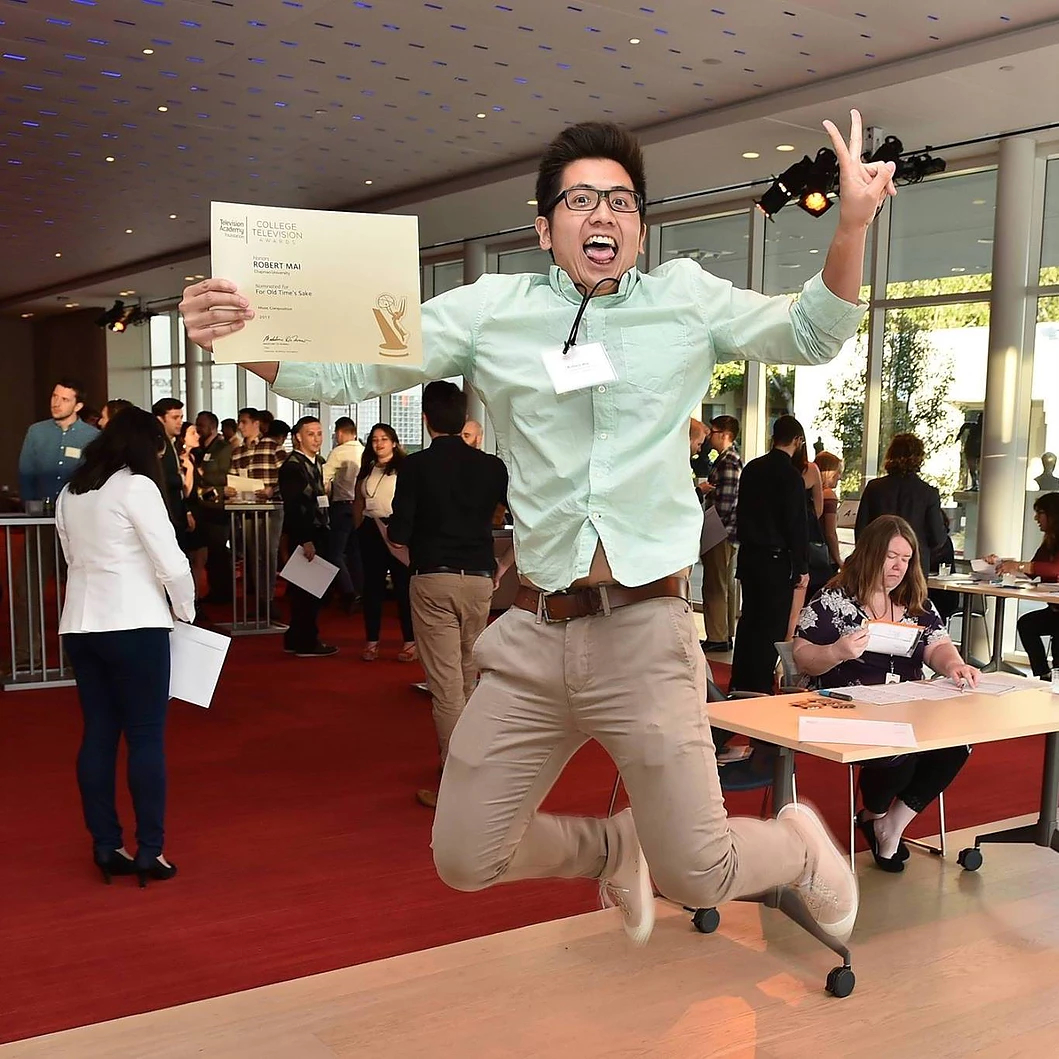 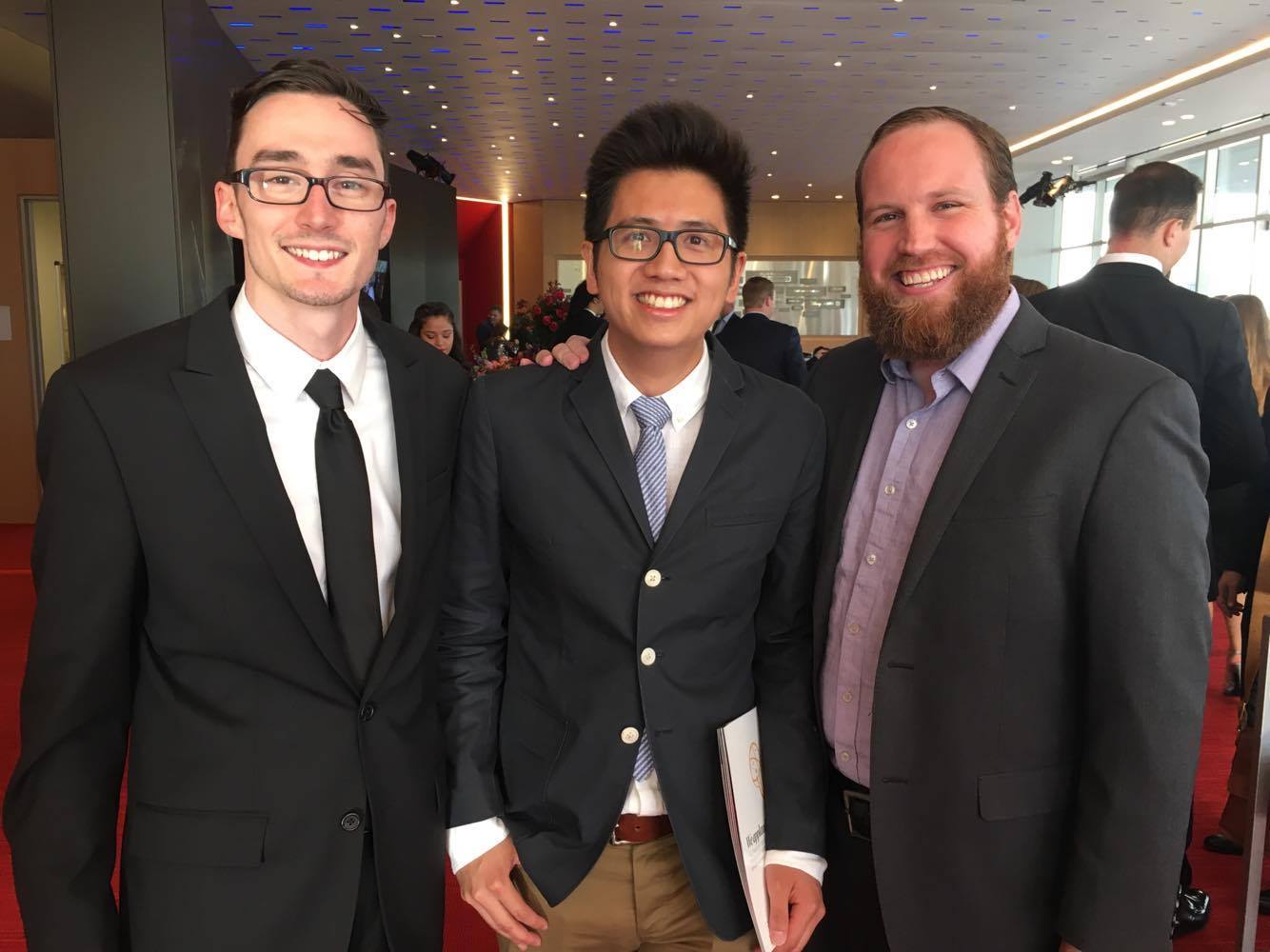 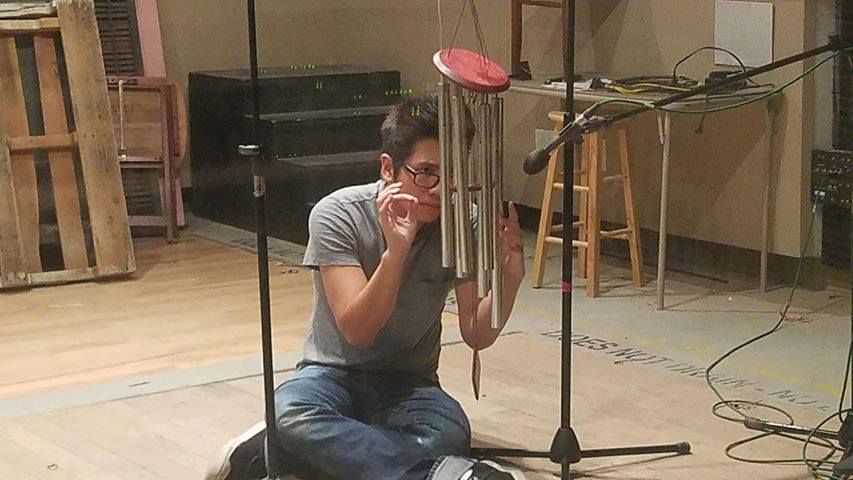 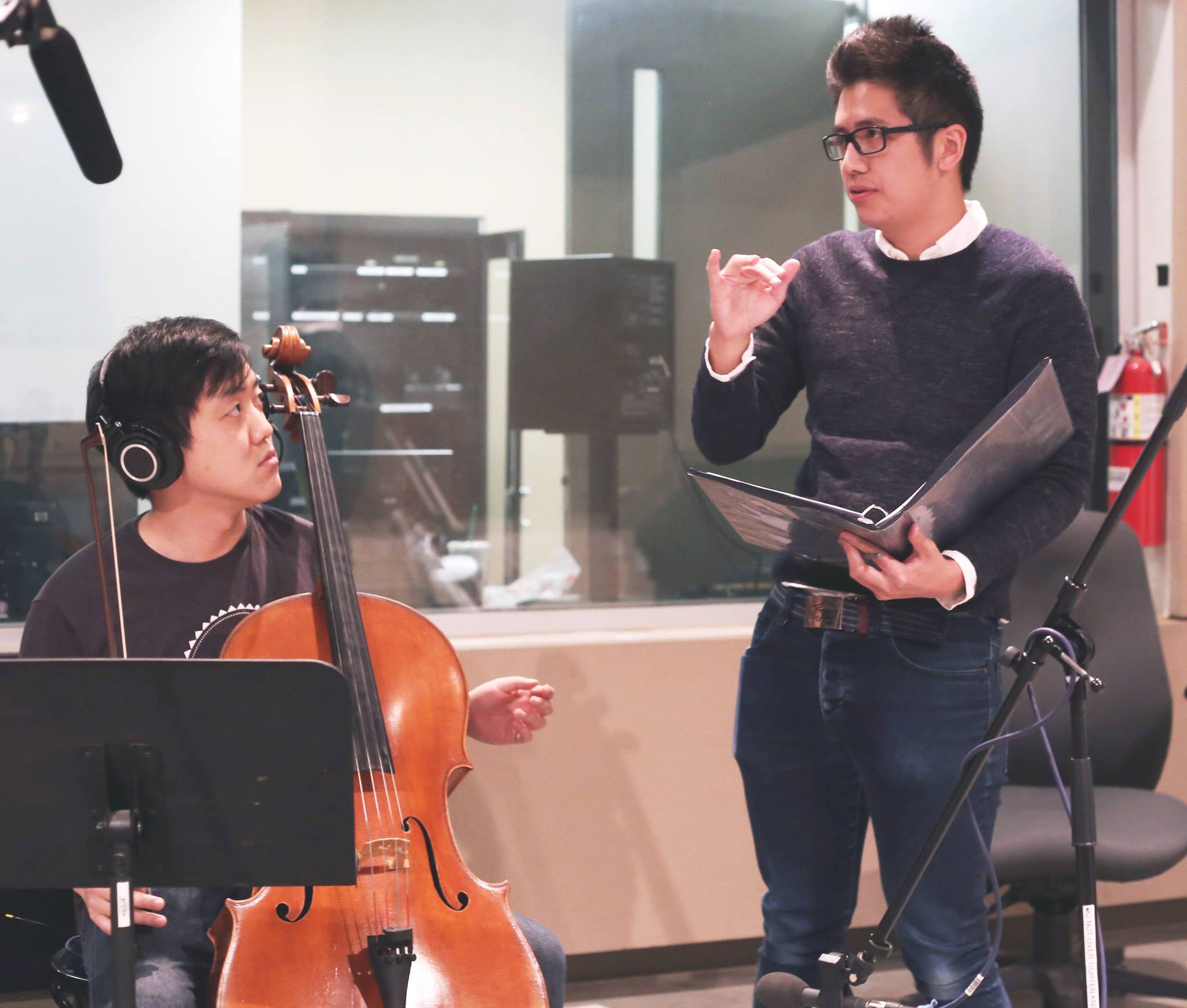 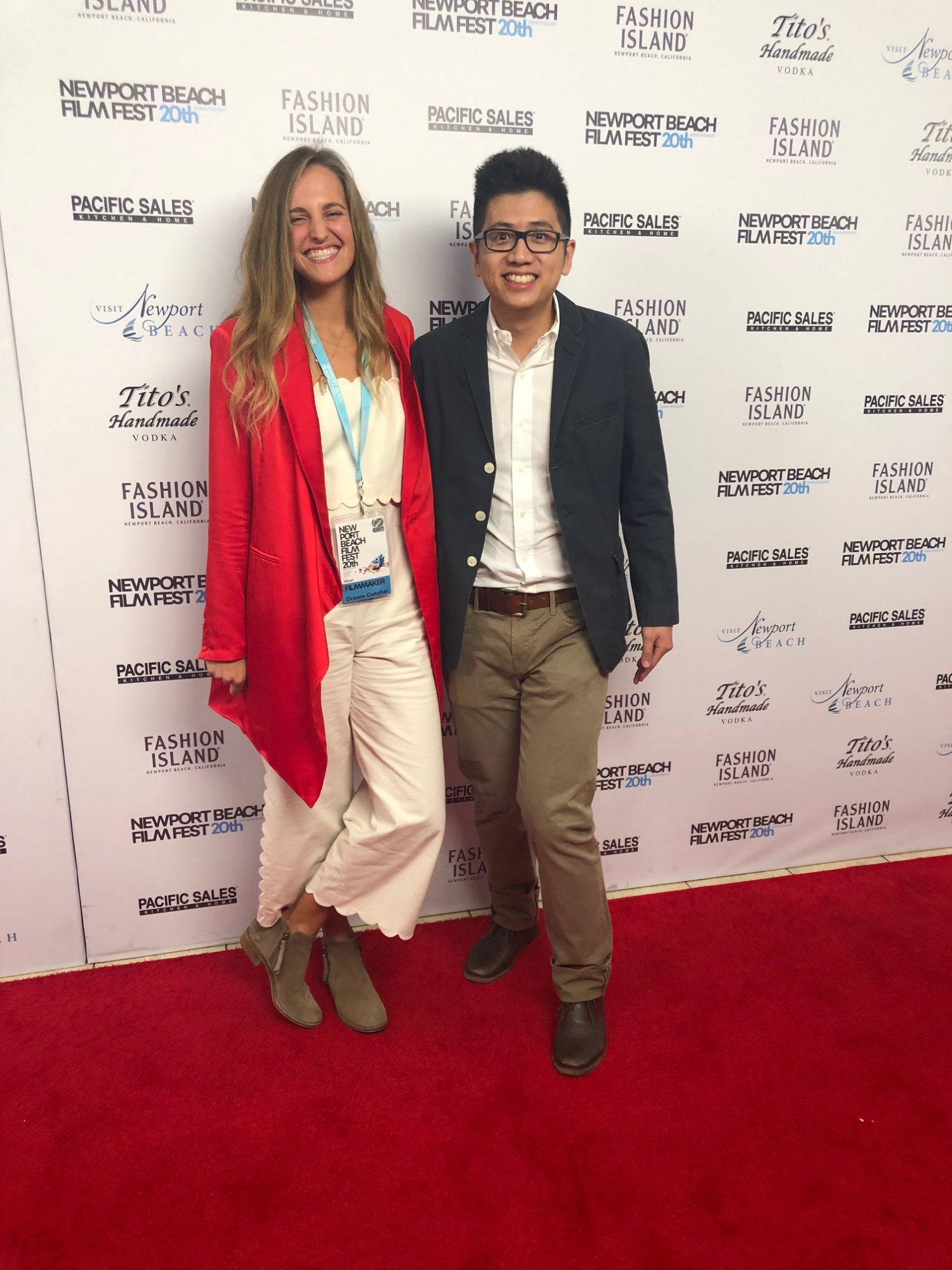 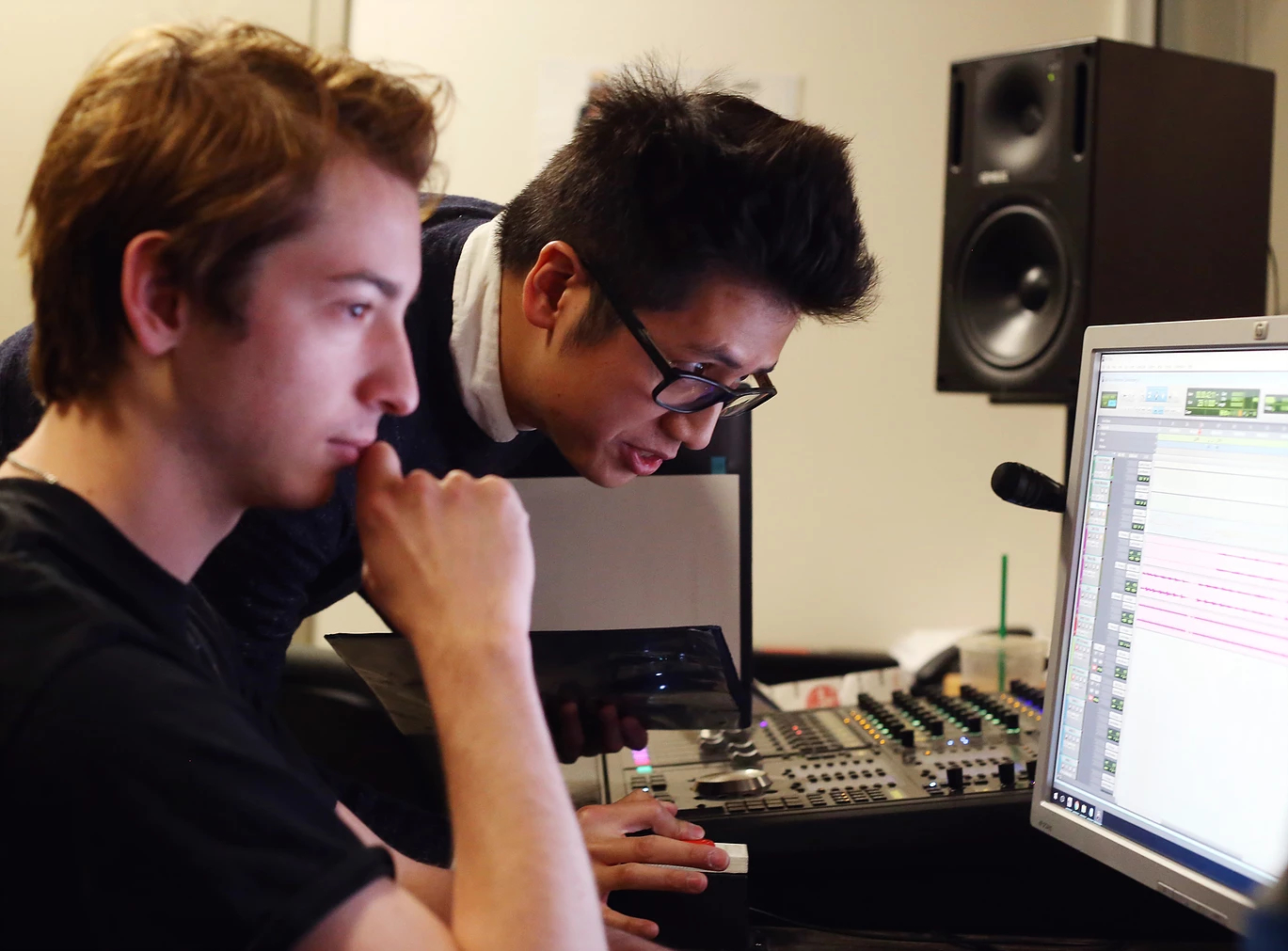 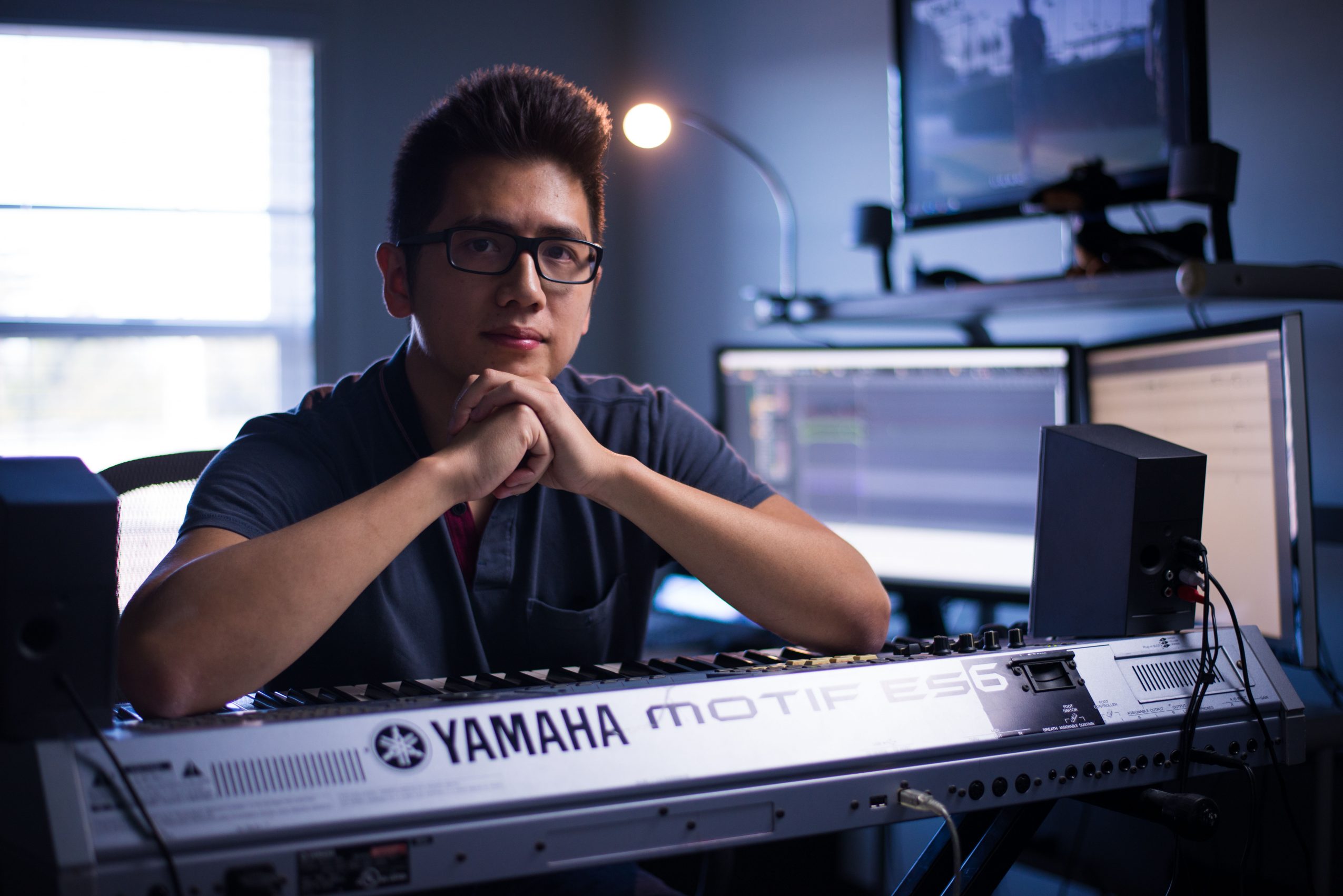