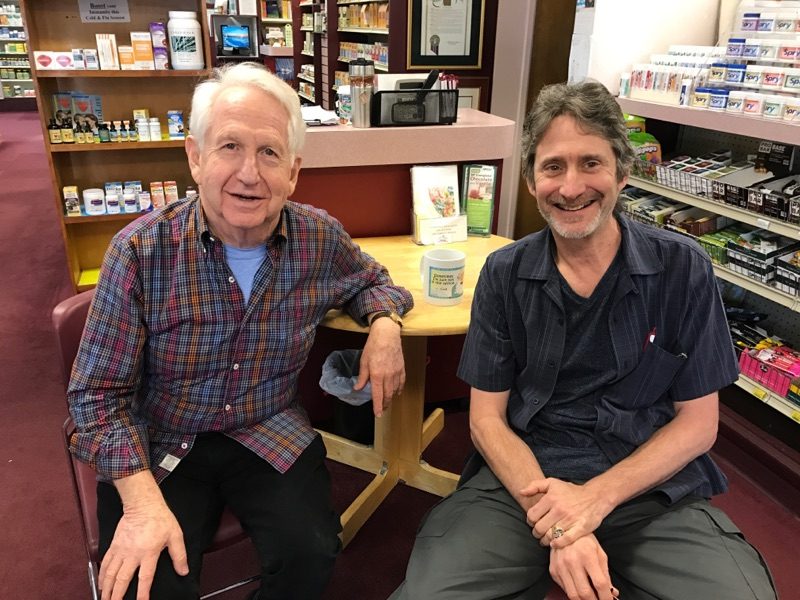 Today we’d like to introduce you to Robert Litvak.

Robert, let’s start with your story. We’d love to hear how you got started and how the journey has been so far.
My father graduated from the University of Buffalo Pharmacy School in 1932, where they taught him about homeopathy. Our family moved to Los Angeles in the fall of 1943. My father passed the state boards one year later and purchased Santa Monica Drug Company at the corner of 4th & Broadway in downtown Santa Monica. FYI – my mother worked alongside my father and was coming into the pharmacy at the age of 90. At that time the pharmacy sold what almost every other pharmacy did, including alcoholic beverages, tobacco products, cosmetics, and my father filled all prescriptions. In the first year, we added homeopathic remedies. In 1951 my father made the decision to stop selling alcoholic beverages. I remember him telling my mother, “I don’t care if it makes money. I didn’t become a pharmacist to harm my customers.” FYI – he was the 6th of 7 sons in a poor immigrant family and lived through the depression. In the early to mid-1960s my father stopped selling all tobacco products and all narcotic drugs. The day he stopped filling prescriptions for narcotic drugs was the day someone told him that one of his customers, a war veteran, had died. The doctors at the VA were giving veterans amphetamines in the morning, to get them out of the VA, and barbiturates at night, so they would sleep and not bother the staff.

Over the years my parents brought in healthier products, including nutritional supplements, snacks, and cosmetics. Around 1989 my brother left his career and began to work full time in the pharmacy, soon to be followed by his son, daughter, and daughter-in-law. I left my career and returned to help in 1991. I realized that, of about 14 pharmacies that were in downtown Santa Monica in the 1950’s & 60’s, only two were still in business, my parents’ and a medical building pharmacy. Approaching our 50th year in business I wondered why and came up with Knowledge, Care & Service. After my parents passed away I added a fourth word, the most important – Integrity. My parents put integrity before income and people before profits and we continue to do the same.

In 1994, following the earthquake, we moved to our current location at 7th & Broadway.

The business quickly increased, almost 20% each of the next few years. People were becoming more interested in alternative medicine. Our staff grew, from 9 (7 of which were family members) to over 20, In addition to a pharmacist and family members who were certified in homeopathy, we added nutritionists, herbalists, & now, a naturopathic doctor.

Great, so let’s dig a little deeper into the story – has it been an easy path overall and if not, what were the challenges you’ve had to overcome?
We’ve always made money, though the 2008 recession had a huge effect. It affected our customers, along with almost everyone else. Our sales went down and our profits went down, year after year for the next 7 or 8 years. Along with that, doctors and practitioners started selling products out of their offices and some customers started to shop online, not realizing that they may be receiving outdated or even counterfeit products. From our major companies, which include the best in the business, we receive orders once or twice a week; from a distributor, every day. If we are out of a product or don’t carry a specific product, we can often get it in one day.

Santa Monica Homeopathic Pharmacy – what should we know? What do you guys do best? What sets you apart from the competition?
What are we known for? Knowledge, Care, Service & Integrity. Offering free consultations with exceptionally experienced and knowledgeable staff.

What are we proud of? Continuing our parent’s legacy. When we passed our 72nd-anniversary last year we were told that we are the oldest same family owned pharmacy in the state. And that our customers have come to us for decades; we are now serving the children and grandchildren of previous customers. On the days we are open we have 4 to 7 consultants available to assist customers, along with 6 or 7 support staff.

What sets us apart? Everything mentioned above, as well as investing about 30% of our income in staff salaries, about 2 1/2 times as much as most health care businesses.