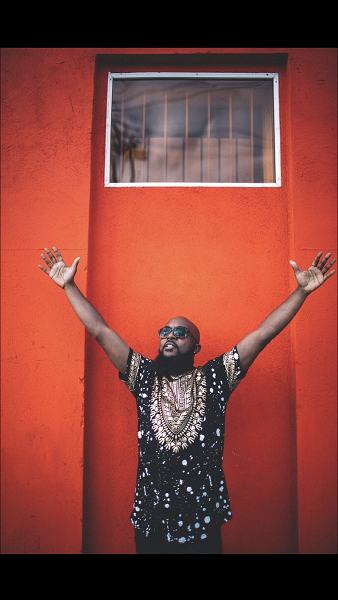 Today we’d like to introduce you to Robert L Miller Jr (TECHDIZZLE).

Thanks for sharing your story with us Robert. So, let’s start at the beginning and we can move on from there.
I was born and raised in South Central Los Angeles. I have been playing drums since the age of 3. As a child, I had the pleasure of studying with the likes of Fred Petry, Ndugu Chancler, and Billy Higgins, all pioneers in Music.

I’ve also toured throughout the world sharing the stage with some of the most amazing singers & musicians. For instance Coolio , Impromp 2, Kim Fields , Whitney Houston “Boston Public” , Mary, RZA (Wu – Tang) , Ruben Studdard ( Eve Show) Will Smith (Jay Leno) Phil Upchurch , Charles Wright and the 103rd St. watts band, Rachelle Ferrell, Frank McComb, Stanley Jordan , Ricky Minor ( Backstreet Boys , Micheal Bolton , Phillip Phillips , Melanie Fiona , Jeffery Osborne Chaka Khan , Thundercat , Flying Lotus and many more. Somehow I was able to do all this while maintaining my position as Natalie Cole’s primary drummer for 9 years until her untimely death. For the past four years, I’ve been touring/recording with his childhood friend Kamasi Washington. I also produce and write everything you hear.

Has it been a smooth road?
Many struggles along the way. Growing up on Manchester & Western was like playing Russian roulette to and from school. Tons of broken promises, not getting paid for gigs. Not having a gig. Songs and instruments being stolen by fellow musicians. Relationships are not working out due to the amount of time spent away from home. Missing holidays, birthday milestone family functions that other families will hold over your head.

Tell us more about your work.
I try to make the music feel good at all times. If I’m accompanying a soloist, I try to support them the best way I know how and that’s by listening. As an artist, I focus on giving the best performance I physically can while keeping in mind the true intent of what we are there for and that’s to heal the unspoken pain of the people through the power of music. Real talk!

How do you think the industry will change over the next decade?
I see me releasing more music and touring as much as possible.