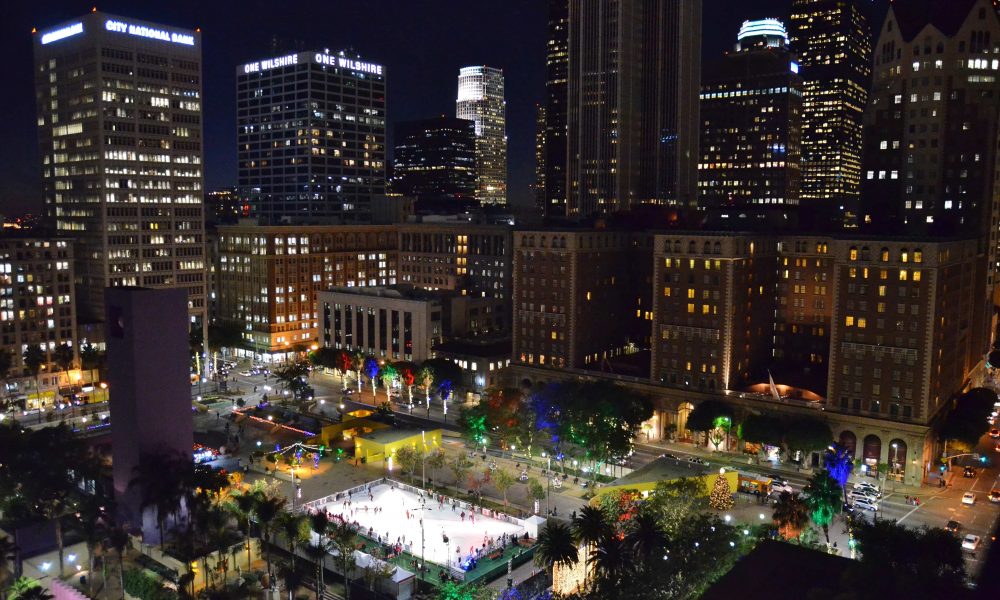 Today we’d like to introduce you to Robert Keith.

Robert is a veteran director with over thirty years of entertainment production experience. Born in Fort Worth, Robert is proud to call himself a native Texan, though he spent 30 years of his life in Southern California. His career has carried him all over the United States, Canada, China, Europe, India, Japan, Mexico, and even the Middle East.

Robert fell in love with performing at a very early age. From high school on, he was considered an entertainer. He began a relationship with one of the top amusement parks in the nation, Six Flags Over Texas, which would eventually span over thirty years. In the late seventies, while everyone else was riding the disco wave, Robert was working in the film industry in Los Angeles and studied acting and directing at the Beverly Hills Playhouse with noted director, Milton Katselas. He worked as a stunt performer, actor, emcee and print model, and was a top-rated disc jockey for a nationally recognized nightclub chain.

Robert continued to build his impressive resume in the nineties. He was an intricate part of the “Dueling Pirates” show at the then new MGM Grand in Las Vegas, and directed their “MGM Scream Park” for two years. He also directed two productions for the Dixie Stampede in three states. In Los Angeles, he continued performing in feature films (The Mask) and television shows (Beverly Hills 90210, Dr. Quinn Medicine Woman), and back to Six Flags Over Texas to direct three different Batman stunt shows that wowed audiences for over ten years. Six Flags then asked Robert to develop a show that would celebrate Texas pride. The result was “Rangers and Outlaws” a western stunt show unparalleled throughout the industry. Robert also has co-produced “Fright Fest” for Six Flags Over Texas for 17 years.

This year of 2016 Robert started in Dalian, China directing an apocalyptic car action show. From there to India with an international cast to direct a new western action show for Universal Kingdom, Robert’s 9th show for them. Then to Silver Dollar City in Branson, MO for the 6th year where Robert will direct “Silver Dollar City’s Wild West Show”. Next Six Flags Fright Fest for the 17th year and then on the California to oversee operations and management for Willy Bietak Productions seasonal outdoor ice rink/slide season.

Great, so let’s dig a little deeper into the story – has it been an easy path overall and if not, what were the challenges you’ve had to overcome?
There’s a lot of competition out there. Putting together new programming each year is a challenge, but we always create unique programming such as our first-ever Silent Night Skate Party on December 1st. Partygoers can select three different channels of music to create their own skating soundtrack at this one-of-a-kind Los Angeles event! Costumes are encouraged and skaters of all ages are welcome. Silent Night Skate Party is powered by Silent Storm Sound System. It proved so popular, we are hosting another Silent Night Skate Party on December 14, 2016 for two sessions 7 p.m. and 8:30 p.m.

Tell us about the Holiday Ice Rink® Pershing Square.
Open seasonally and now celebrating its 19th anniversary, Holiday Ice Rink® Pershing Square presented by Bai is Los Angeles’ largest outdoor rink. Welcoming more than 54,000 skaters and 450,000 spectators annually, the rink fosters community while embracing fitness and fun. With Eventbrite as the official ticketing partner, the City’s largest outdoor rink is open everyday, including holidays, and is the perfect urban gathering place for tourists and locals alike. This year, the rink boasts Bai’s exclusive VIP Igloo, which allows patrons to relax in style while taking photos with an angel wing mural, created by local artist Kasey Blaustein. Framed by towering skyscrapers and stunning historical landmarks, the dynamic recreational hub has played an important part in Downtown’s transformation. A portion of proceeds will benefit the City of Los Angeles Department of Recreation & Parks and inner city kids receive hundreds of tickets annually. Celebrating its 19th season, the 7,200 square-foot rink is made of real ice and offers skaters the same professional-quality ice skating surface as major productions including the Winter Olympics. Holiday Ice Rink® Pershing Square is a must-visit destination, welcoming hundreds of thousands of skaters and spectators annually to join in healthy holiday recreation. http://holidayicerinkdowntownla.com

A portion of proceeds will benefit the City of Los Angeles Department of Recreation & Parks. Media partners include Metro, Metrolink, 100.3 The Sound, LA Weekly and Yelp! Located at 532 South Olive Street, the must-visit destination is easily accessible by car, bus or Metro (Pershing Square stop). A partnership with Metro and Metrolink allows riders to receive a $1 skating session discount. General admission is $9 and figure & hockey skates are available for $4 rental. Group rates and private party options available. To purchase tickets in advance and for schedule details, visit www.holidayicerinkdowntownla.com or call (213) 624-4289.

What moment in your career do you look back most fondly on?
When we presenting a magical winter wonderland in the heart of historic Downtown Los Angeles each year! After all the hard work, it’s a proud moment to see our vision become a reality when all the skaters and spectators enjoy the season’s unique roster of free community and special events including our Ice Breaker: Opening Celebration, the popular DJ Spotlight Series, Polar Bear Skate, Learn to Curl and its first-ever Silent Night Skate Party.