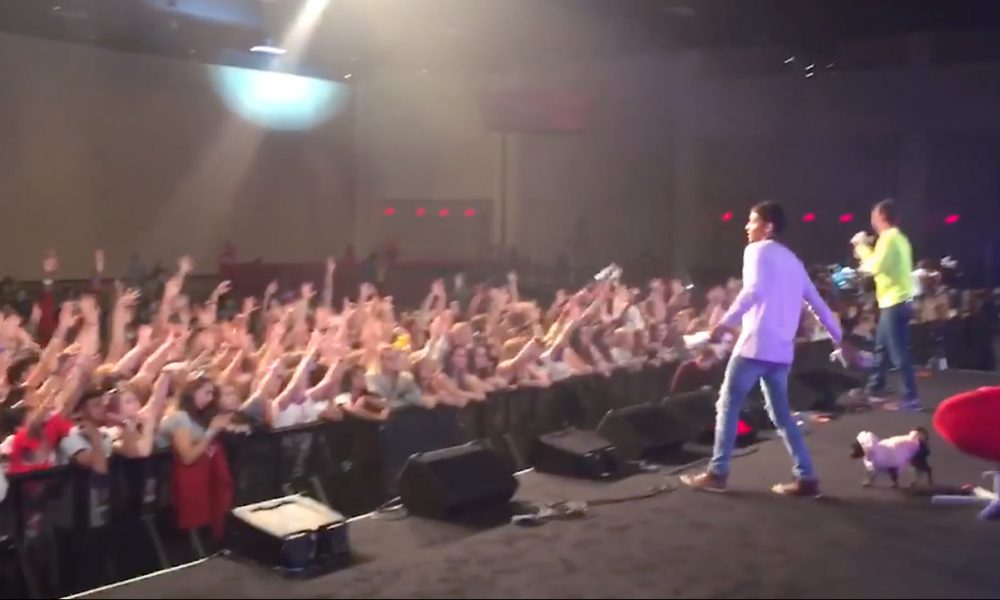 Today we’d like to introduce you to RJ Tolson.

RJ, please share your story with us. How did you get to where you are today?
Everything changed for me during senior year of high school, where at 17 I realized that I was going to a division three university and wasn’t going to go on to become a professional soccer player. At the time that realization left me with nothing to work toward. But, soon after, using the time I had previously spent practicing soccer, I rekindled my passion for writing and found a new talent – web design. Over the next few months, I would end up finishing my first fantasy novel, “Zephyr the West Wind”, and starting my first company, “RJTINC” before graduating from Cheshire Academy, in CT.

After publishing my first book that summer and expanding my business by hiring friends from my web-design courses in high-school, I set up a base of operations for my business in Washington DC before moving to Los Angeles. Over the next few years from the ages of 18-21 I would become the award-winning bestselling author of multiple books, including the Chaos Chronicles young-adult fantasy series (Zephyr the west wind and Hugh the Southern Flame), non-fiction business inspirational “Project Limitless” series, two Japanese styled manga (True Life Legends of Tye and Shadow Eater), and a kids illustration book.

Inspired by some of the books, I invented the “original book soundtrack”, known as the film score for books, creating a second one along with two piano suites while releasing them through Spotify, iTunes, and Amazon. My original company, RJTINC, was merged into a parent company “RJTIO” as a division along with Forever Trust Charity, Epic Consulting Firm, and others. I often spoke on tv after my first full interview at 19, on NBC, CBS, ABC, Telemundo and more to tell my story and inspire others to achieve their goals and dreams as well. I toured around the US, Europe, and China, doing a mix of inspirational speeches and book signings from a few hundred to a few thousand, while running my company.

At the end of 2015, I graduated University and left my company (staying on the board) while traveling between Europe and the US consulting as an interim Chief Marketing Officer and board director for numerous startups and corporations. At the end of 2016, I co-founded Pearit, the parent company of InternMagic, InternLogic, and Sparklift. We connected people and students with employers for internships based on personality and general compatibility through our platform, available through our website and the app/android store (as InternMagic). I spent 2017 building multi-million dollar partnerships, putting on career coaching and career fair events in Los Angeles (9), Washington DC (1), New York City (3) and more.

In 2018, I co-founded Capritaurus Media, a startup focused on becoming a global media conglomerate with two primary businesses, CapriTaurus Studios and BurstOut Magazine.

Within 5 months, we had amassed a team of 20 staff members, 4 offices, and sponsored both Playlist Live Orlando and Rupal’s Drag Con. CapriTaurus Studios is an innovative full-service video and digital media production provider for influencers, small businesses, individuals, startups, and more. We also create, produce, and distribute original viral video and podcast series for our clients and our company, many of which are due for release at the end of this summer and fall. BurstOut Magazine is a ‘premier publishing platform’, providing definitive coverage of literature, music, art, fashion, technology, business and culture through the magazine and our digital content network, BurstOut.

Currently, I serve on the board of directors or advisors on several organizations, work with a variety of brands as an influencer, tour as an author, and am either directing commercials and digital content or executive producing some of our original shows at CapriTaurus Media.

We’re always bombarded by how great it is to pursue your passion, etc – but we’ve spoken with enough people to know that it’s not always easy. Overall, would you say things have been easy for you?
It has not been a smooth road it’s definitely been a steep learning curve in both the business world and the publishing industry. I was 17 when I wrote my first book, and barely 18 when I published it. Knowing nothing, I was just excited to get it out there, so self-published it; without any formatting or editing! Talk about naive.

Eventually, I was picked up by a small press and spent the next year editing the novel with them before republishing it, but that brought up another issue – transportation. I was a freshman in college, having moved from boarding school in CT (after living in DC) with no car and almost no family to help guide me. The business side was often either ageism or lack of imaginative scope.

I grew up as a single child (with half-siblings) raised by a single mother for half my childhood, with the help of my grandfather for the second half. Some of my family had always been extremely critical of me; basically, I couldn’t make mistakes and when I succeeded it was often never good enough to get direct praise. This taught me that success and happiness wouldn’t come from others but from myself. There, of course, have been countless others struggles, like most people in the world have to face.

BurstOut Magazine is a ‘premier publishing platform’, providing definitive coverage of literature, music, art, fashion, technology, business and culture through the magazine and our digital content network, BurstOut. Aspiring dreamers and up and coming successes have a community within the magazine; a place where they can learn how to forge ahead, persevere and make their goals a reality.

On the other end, with in-house content produced by CapriTaurus Studios, viewers can engage with fellow achievers, brands, and inspiring stories to help propel them to success while being entertained. BurstOut immerses itself in what will be next, and how to be it by leading readers and viewers on paths aimed at achieving success.

CapriTaurus also creates, produces, and distributes original series, shows, and content both from our company and for clients. These range from full-length features, tv shows, and commercials, to Snapshot shows, branded and viral videos, and digital series.

What were you like growing up?
I was into sports (played soccer and tennis) and was a huge nerd. Pokemon got me through a lot of rough times as a very young kid, so I hold a soft spot for the franchise.

Biking around Washington DC, reading fantasy books, teaching myself languages, making music, playing video games, watching anime, and writing pretty much filled my “growing up” years. Personality wise, I was high energy, extremely creative, and tended to hang out with people who got me in trouble. Ha! 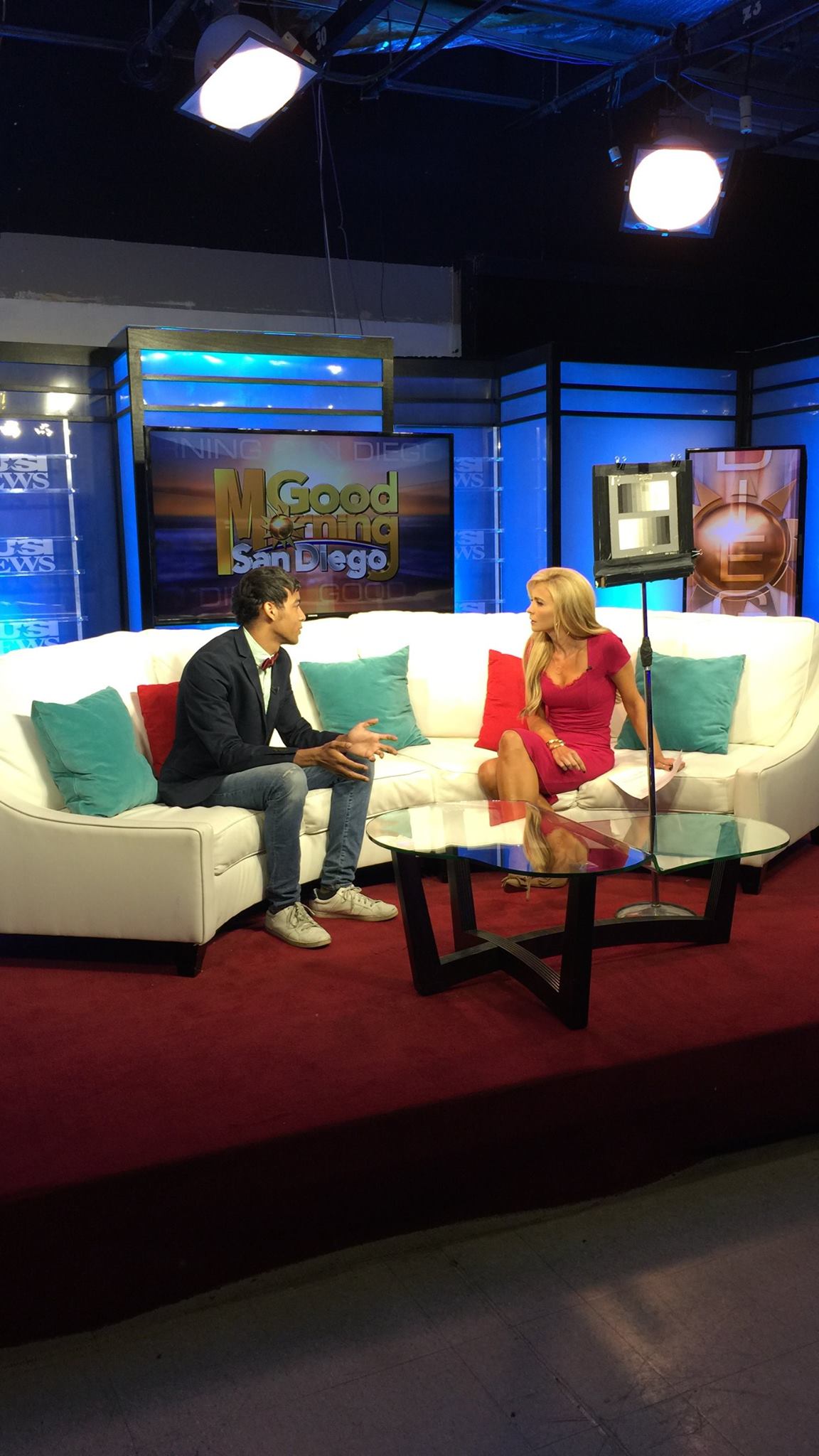 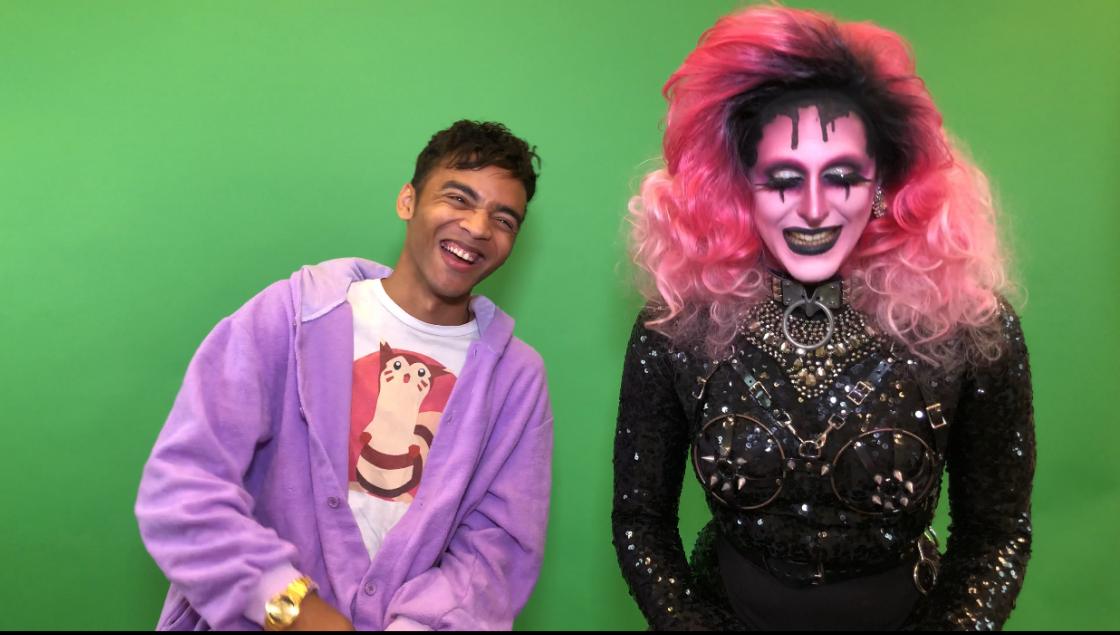 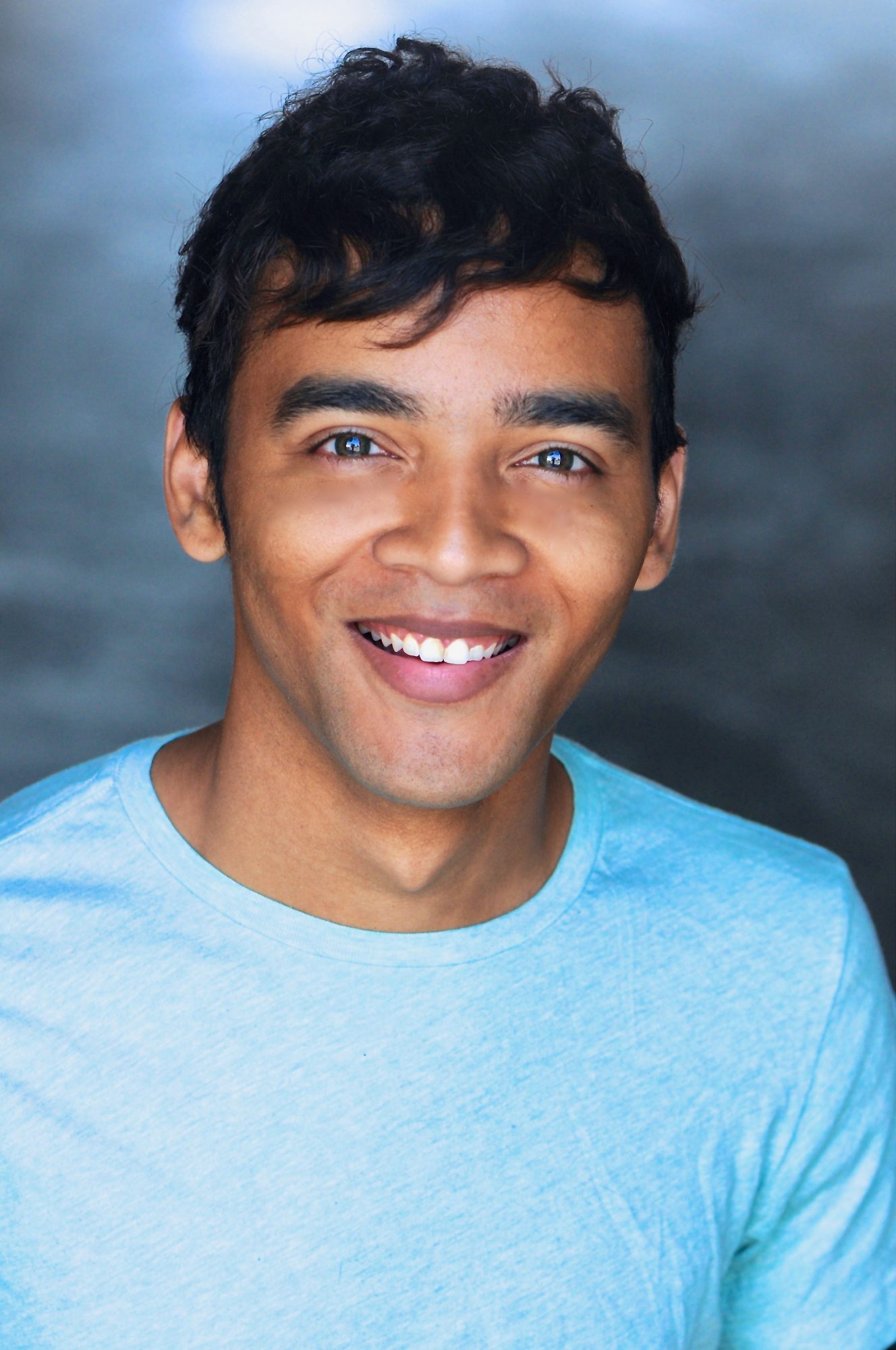 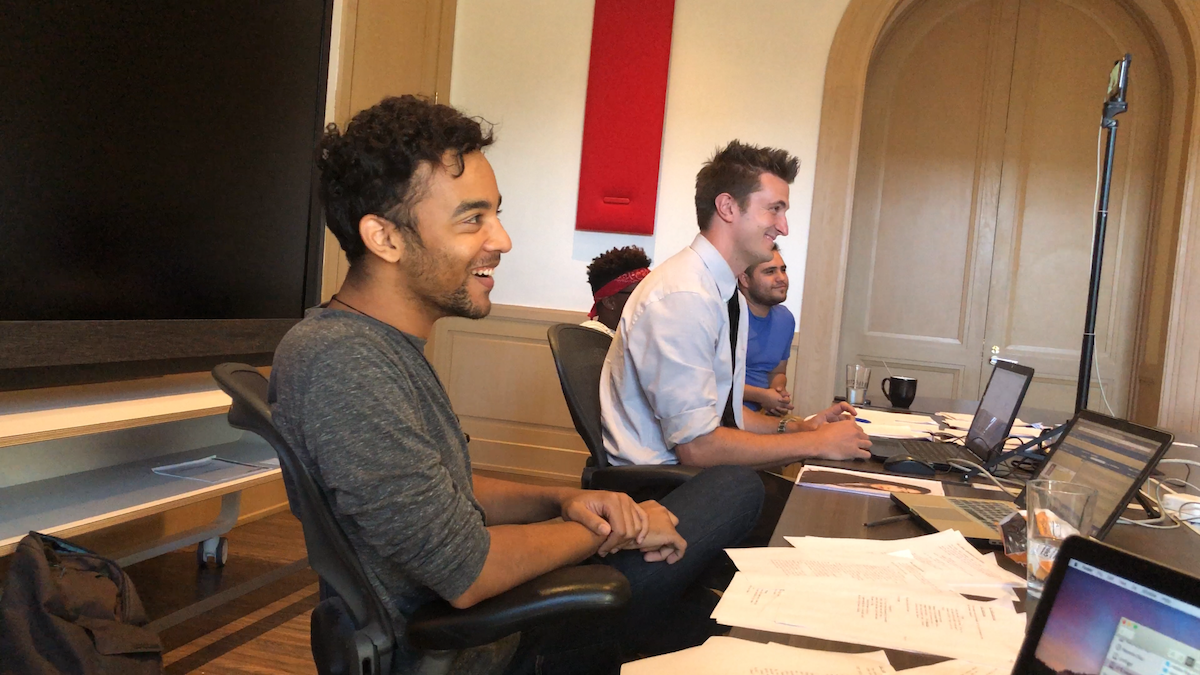 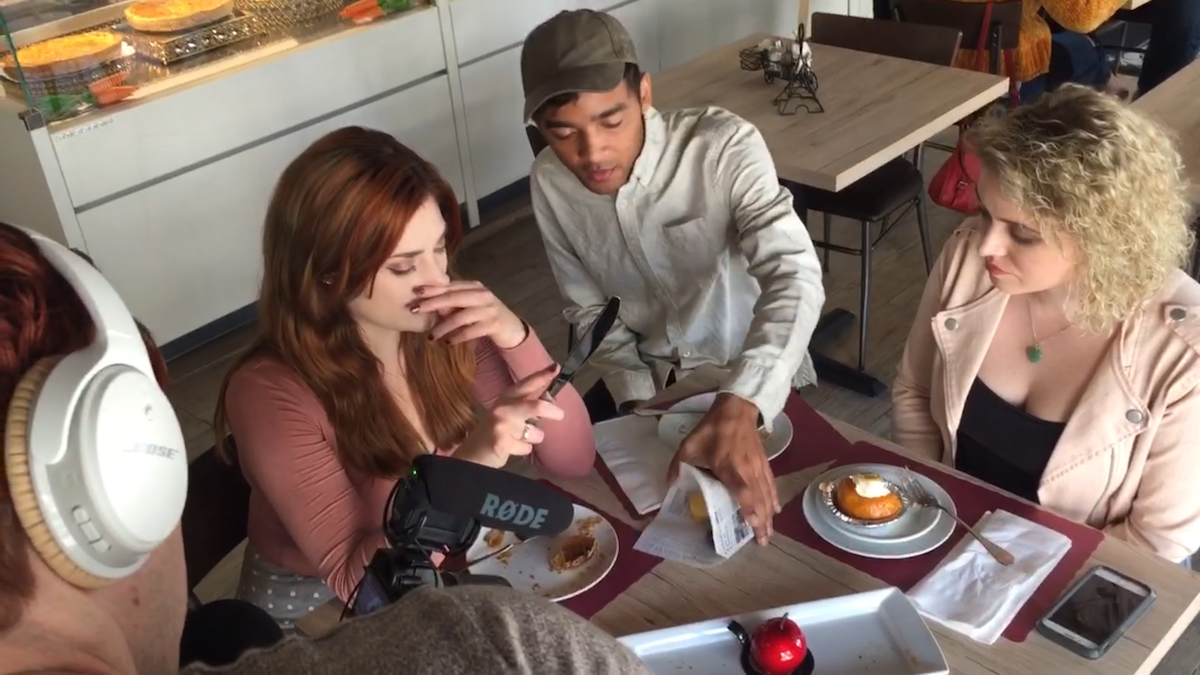 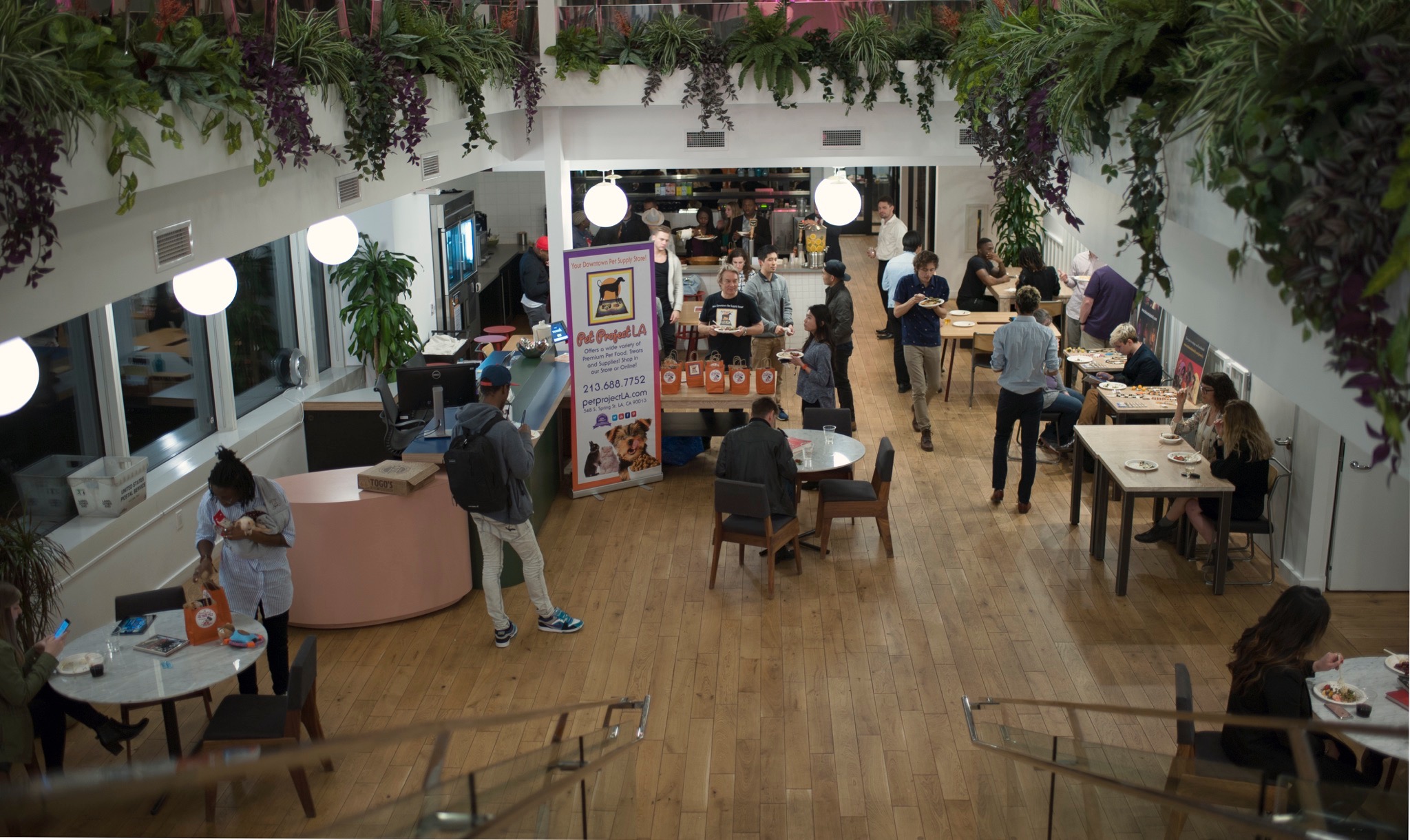 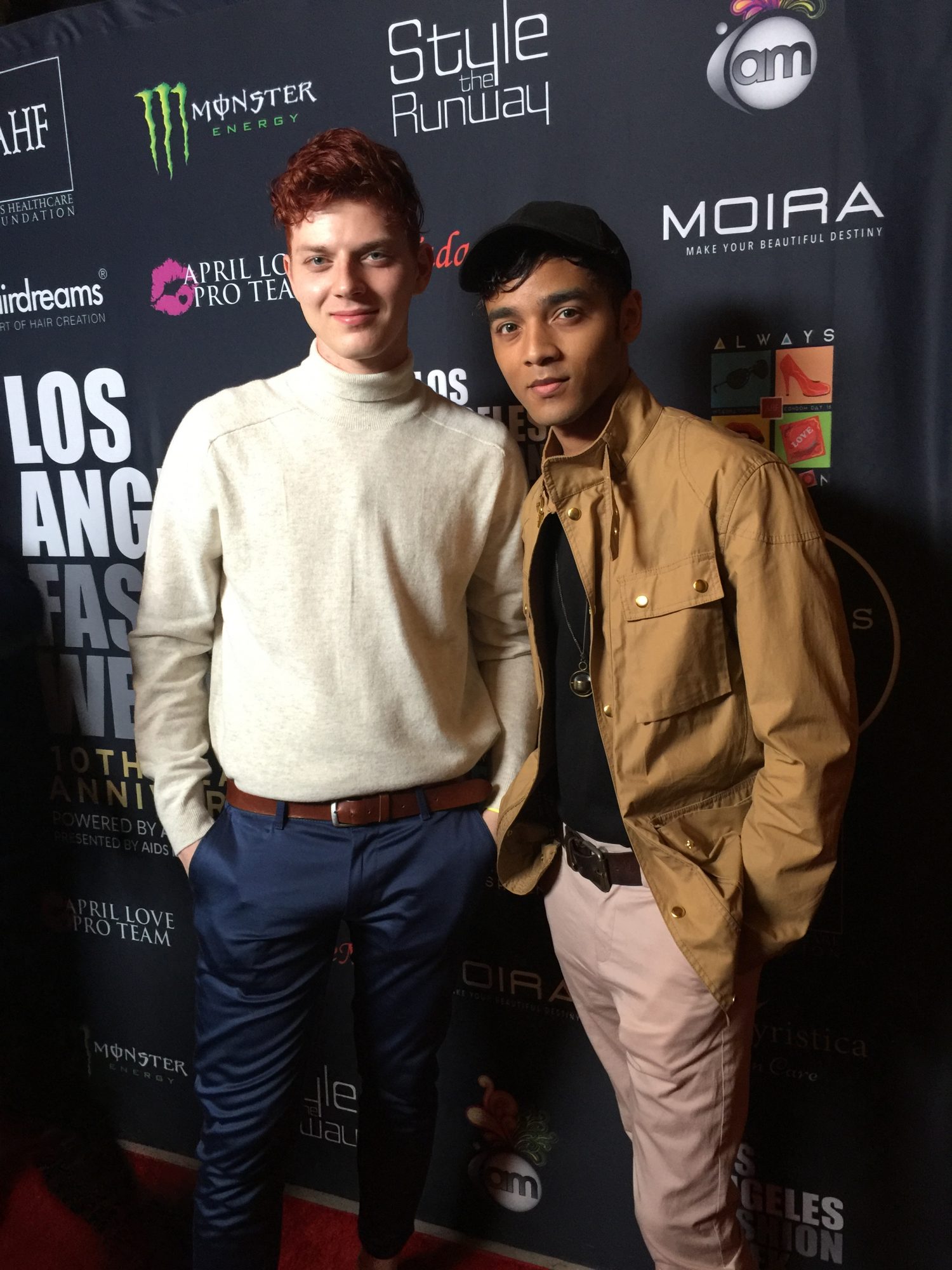 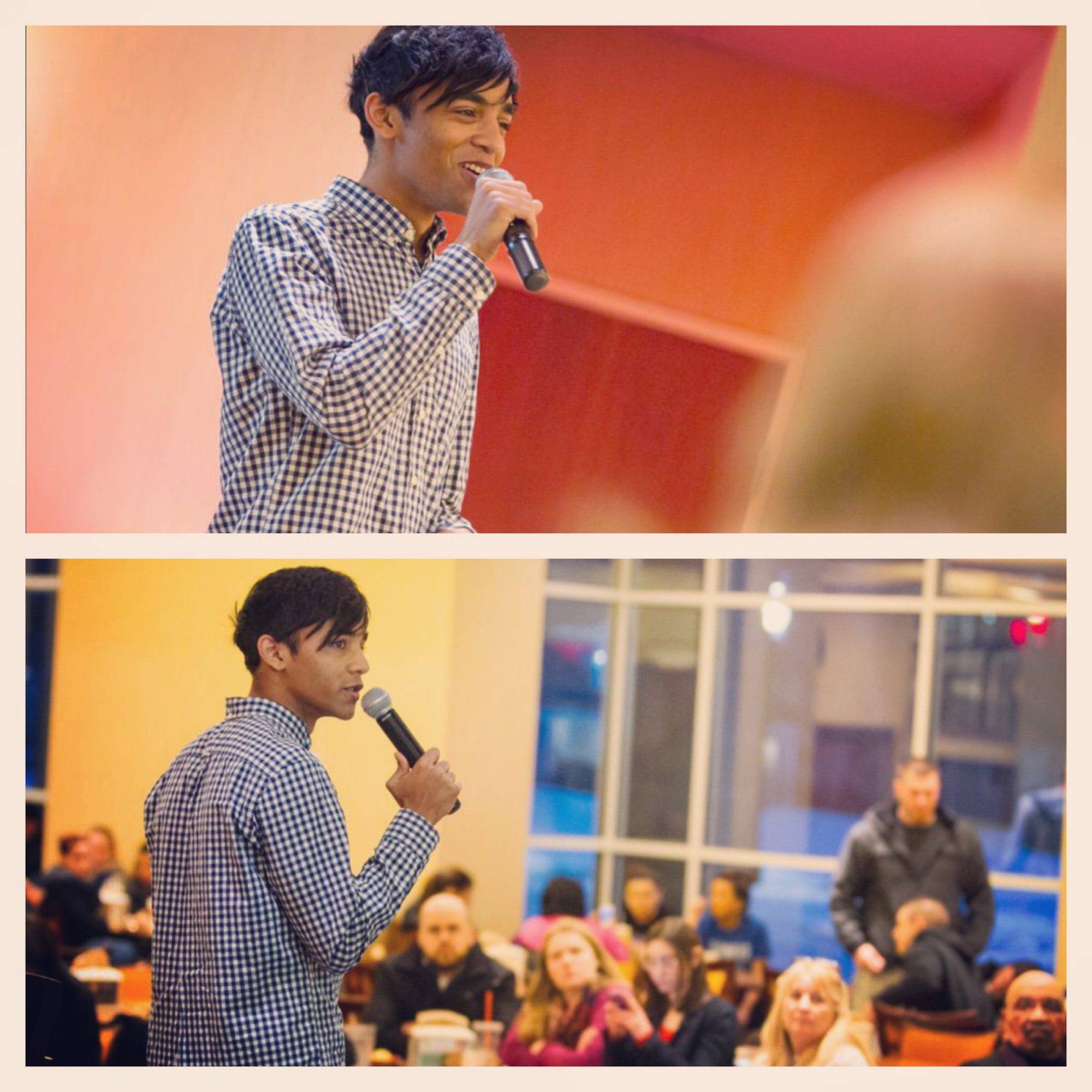 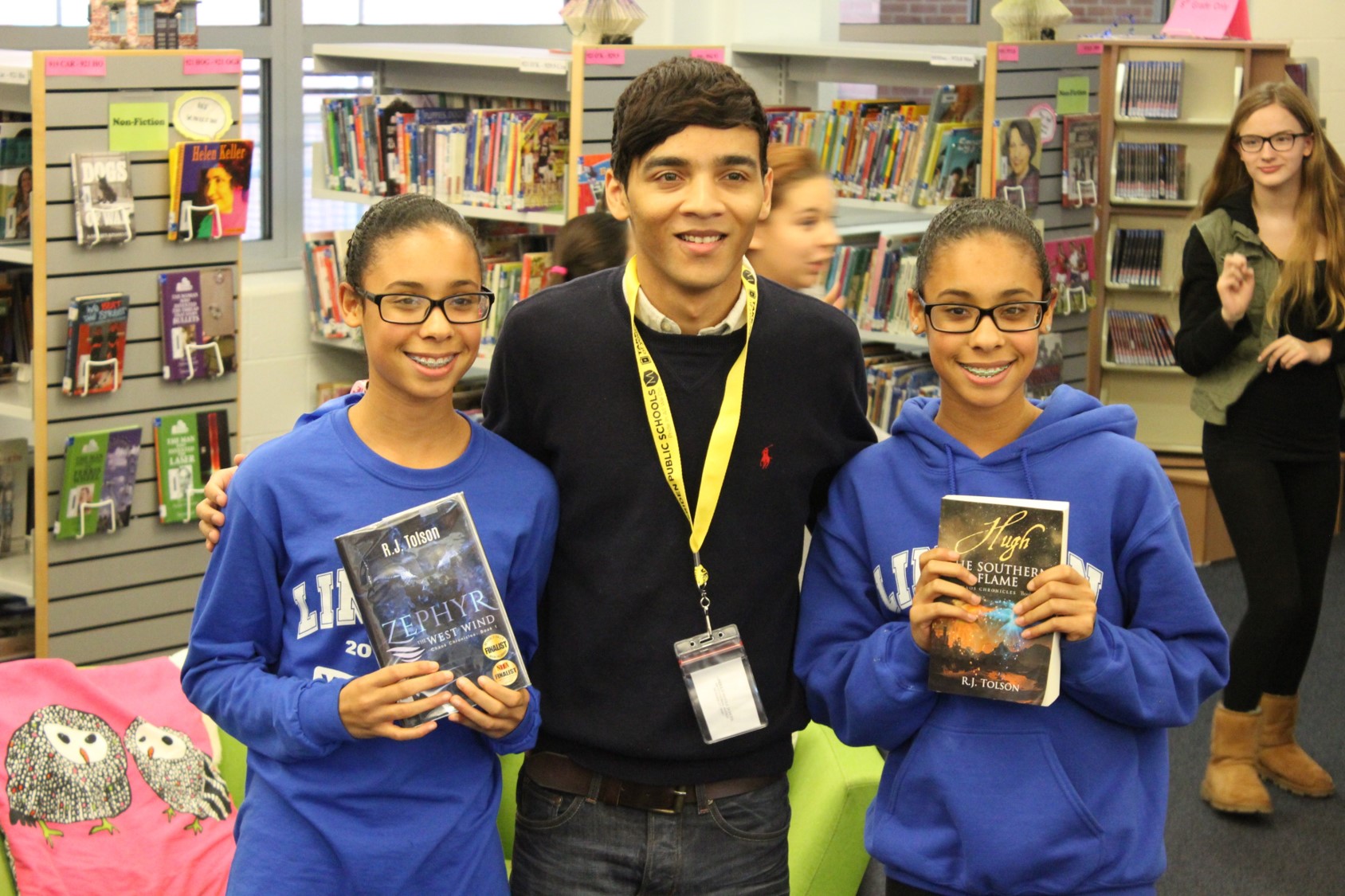 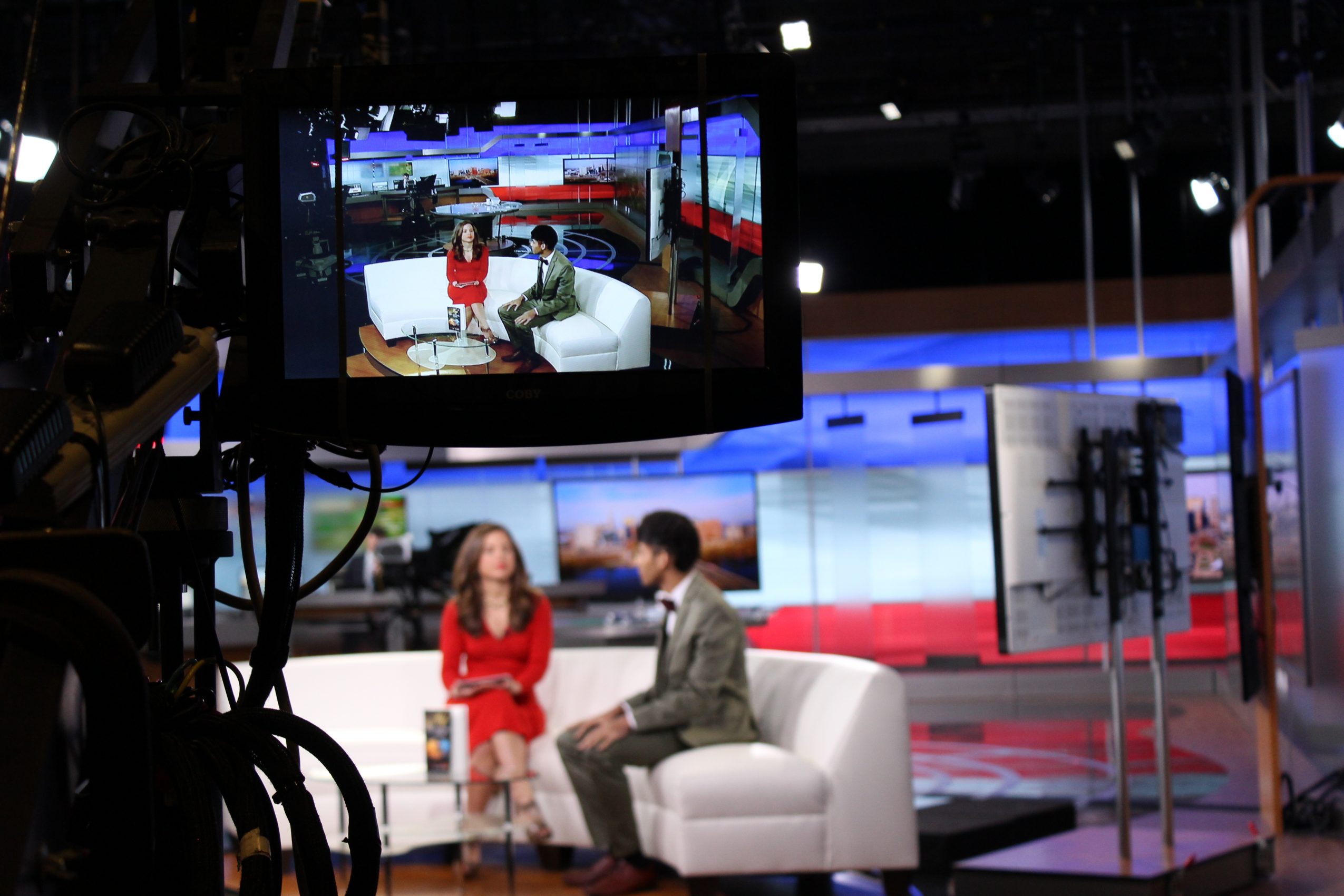