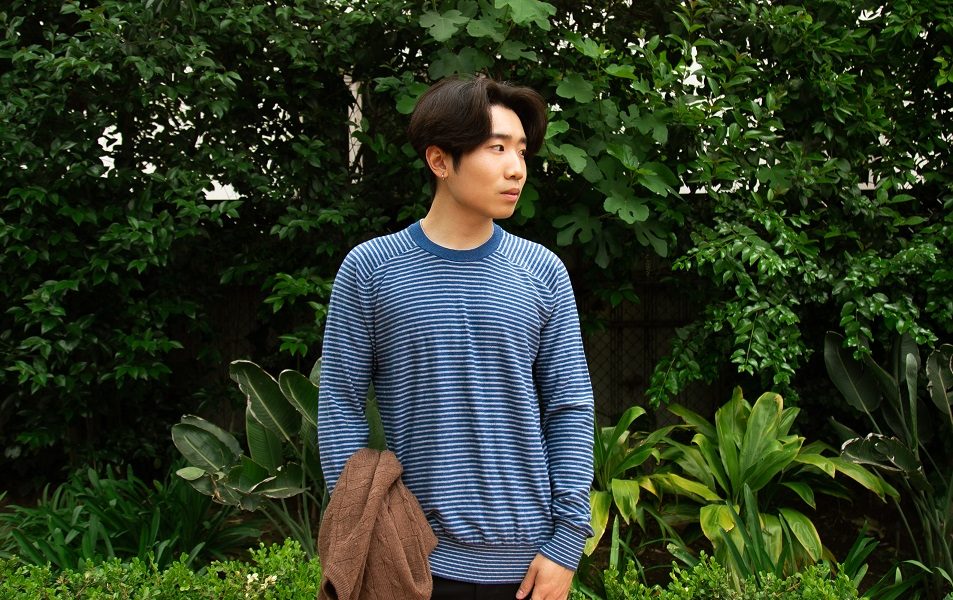 Today we’d like to introduce you to RJ Siu.

RJ, please share your story with us. How did you get to where you are today?
If you’ve ever seen the show Silicon Valley, then you probably have a good idea of the world I grew up in. I was born and raised in San Francisco until age seven when my family and I moved to Cupertino for the better schools and growing opportunities. Don’t get me wrong, it’s a great place, especially if you’re in tech or business. As an aspiring filmmaker, however, it was a tough place to fit in.

In my junior year of high school, I picked up my first camera. At first, it was just for class projects or fun YouTube videos. Over time, I started taking those class video projects very seriously and had to flex with the best videos (mainly to impress the ladies). Popping off on those class projects and club promo videos with friends were some of my best memories as a teen. I had discovered something I could spend the rest of my life doing.

When I turned 20, I transferred from community college to USC’s School of Cinematic Arts with a major in Film/TV Production. I know film school isn’t for everybody, but it really gave me a solid foundation as a filmmaker. Being immersed in LA’s diversity also opened my eyes to the bubble I grew up in. It was during this time that I discovered the extent to which my Asian American heritage intersected with this industry I work in and has become a core pillar for my work ever since. But more on that later.

Since graduation last May, I’ve been freelancing primarily in the camera department or doing post-production on anything from short films to music videos and feature films. It’s been wild but I’m thankful to be able to learn more and more with each project even after film school.

At the start of the pandemic, I moved back home with my beloved family. It almost felt like high school again- living together with everyone and seeing hometown friends (while social distancing of course). As creatives, I think we always have this urge to keep creating at the fear of being left behind in this competitive industry. But with everything at a standstill, it’s been liberating to just write whatever, watch movies, and be present with those around me.

These days, I’m thankful for the editing work I can do from home. I’m sure it also goes without saying, but I definitely miss being on set and the beautiful people I’ve met through them. I’m looking forward to the day I’ll see everyone again in LA!

Overall, has it been relatively smooth? If not, what were some of the struggles along the way?
Of course not, but we love a challenge! I touched a little on this earlier but pursuing film in the heart of the Silicon Valley as an Asian American was tough. In this bubble, you’re expected to go to a 4-year university to become a doctor, lawyer, computer engineer, etc. It was a competitive environment with students crying whenever they got anything lower than an A.

When I told people I was pursuing film, most would say “Oh, that’s cool…” in a way that sounded like “Good luck with that”. When I got rejected from every film school I applied to and ended up in community college, I felt like an embarrassment to me and my parents. Looking back on it now, I blame the culture for making us believe that you were only as good as your GPA. But more importantly, I blame myself for getting lost in that in the first place. But hey, we ended up transferring to the #1 film school in the country so it’s water under the bridge.

Aside from that, self-doubt as a creative is something that I constantly struggle with alongside everyone else. Finding your own voice and style as an artist in a sea of so many powerful voices will always be the biggest challenge and it’s something I’m still working on to this day. As an Asian American too, I struggled with finding films and filmmakers to look up to that dealt with the Asian American narrative. But as of late, things are changing, and those boundaries are starting to be pushed in Hollywood. I think now more than ever is an exciting time for AAPI representation in film.

We’d love to hear more about your work and what you are currently focused on. What else should we know?
With freelancing so far, I’ve developed a fat crush on 1st AC work. It’s wild but I love the high stakes nature of pulling focus. Something about it just gets me in the zone and those long set days just end up zooming by. Aside from that, I also work as a DP or Editor on a variety of projects ranging from music videos to narrative films and branded content. Right now, I’m just editing and shooting from home but still thankful for the consistency and opportunity to learn.

Outside of work, I try to write whenever I can. Sometimes, I struggled to find a personal story worth telling. Growing up in a predominantly Asian community, I never felt the feeling of “otherness”, but I know it wasn’t the same for my parents. I’m currently writing two feature scripts that portray my Mother and Grandfather’s immigrant experiences respectively. Hearing their struggles and triumphs has helped me learn a lot more about my heritage and narrative. If anything, these scripts are love letters to my family for the sacrifices they made to get us here. I just hope it touches others as it did me.

Across all my work, I really enjoy portraying vivid and honest relationships. Whether it’s romantic, familial, or platonic, relationships will always be an intricate part of our nature. I think compassion and empathy are the keys to moving forward together and seeing that extend from films to audiences is a beautiful thing.

What is “success” or “successful” for you?
A few years ago, some friends brought me along to a Kanye West concert. I liked some of his music and we got a good deal on the tickets so I thought why not. In the middle of the concert, he just sat down on stage and started talking to us. I’ll never forget when he said that to him, “Inspiring other people is his definition of success”. Say what you will about him but to this day, those words have really stuck with me as a creative. I believe we all create things with the intent to move others and their opinions or ideas. If there’s ever a day I can make enough of an impact on or inspire others too, then maybe I’m doing alright! 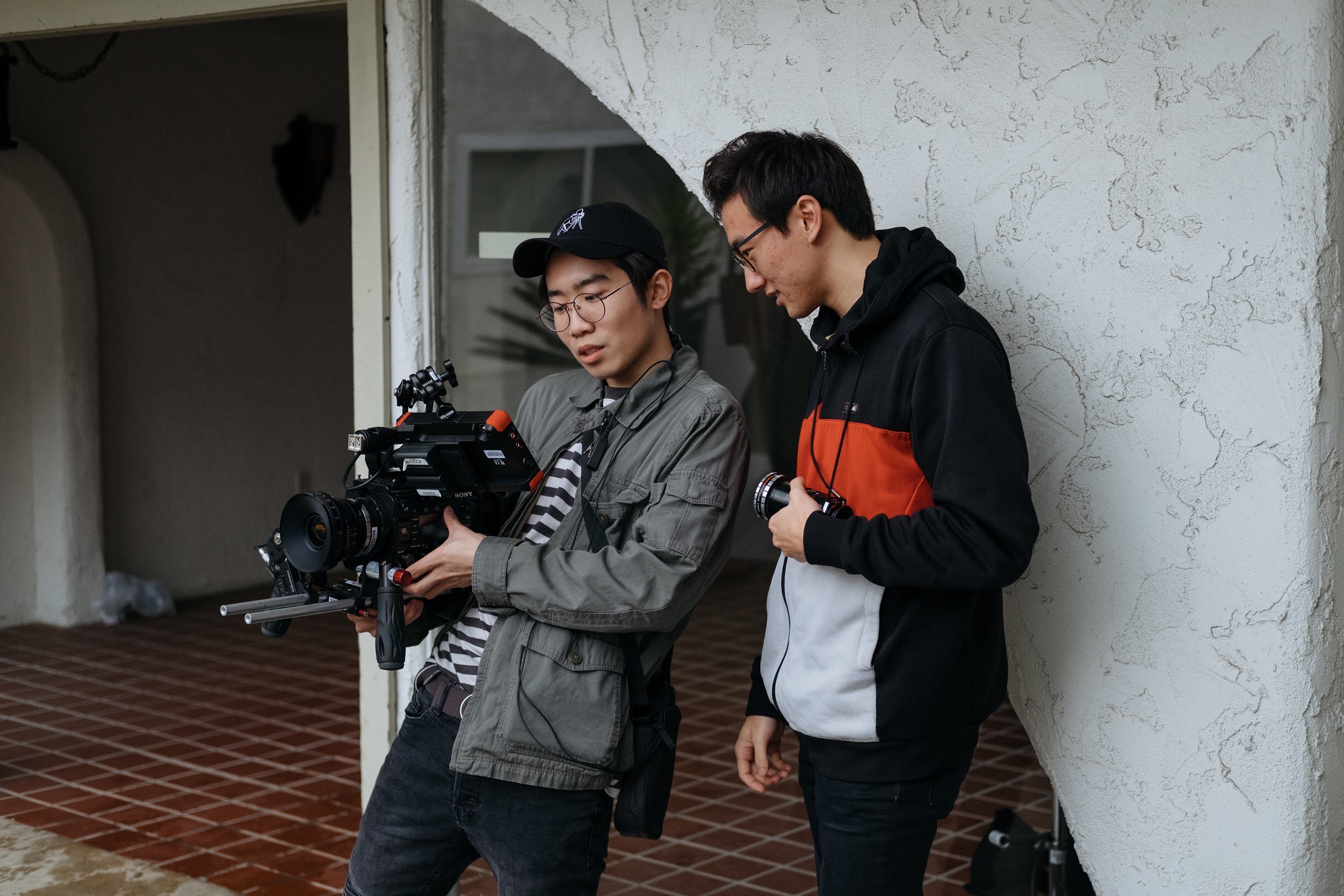 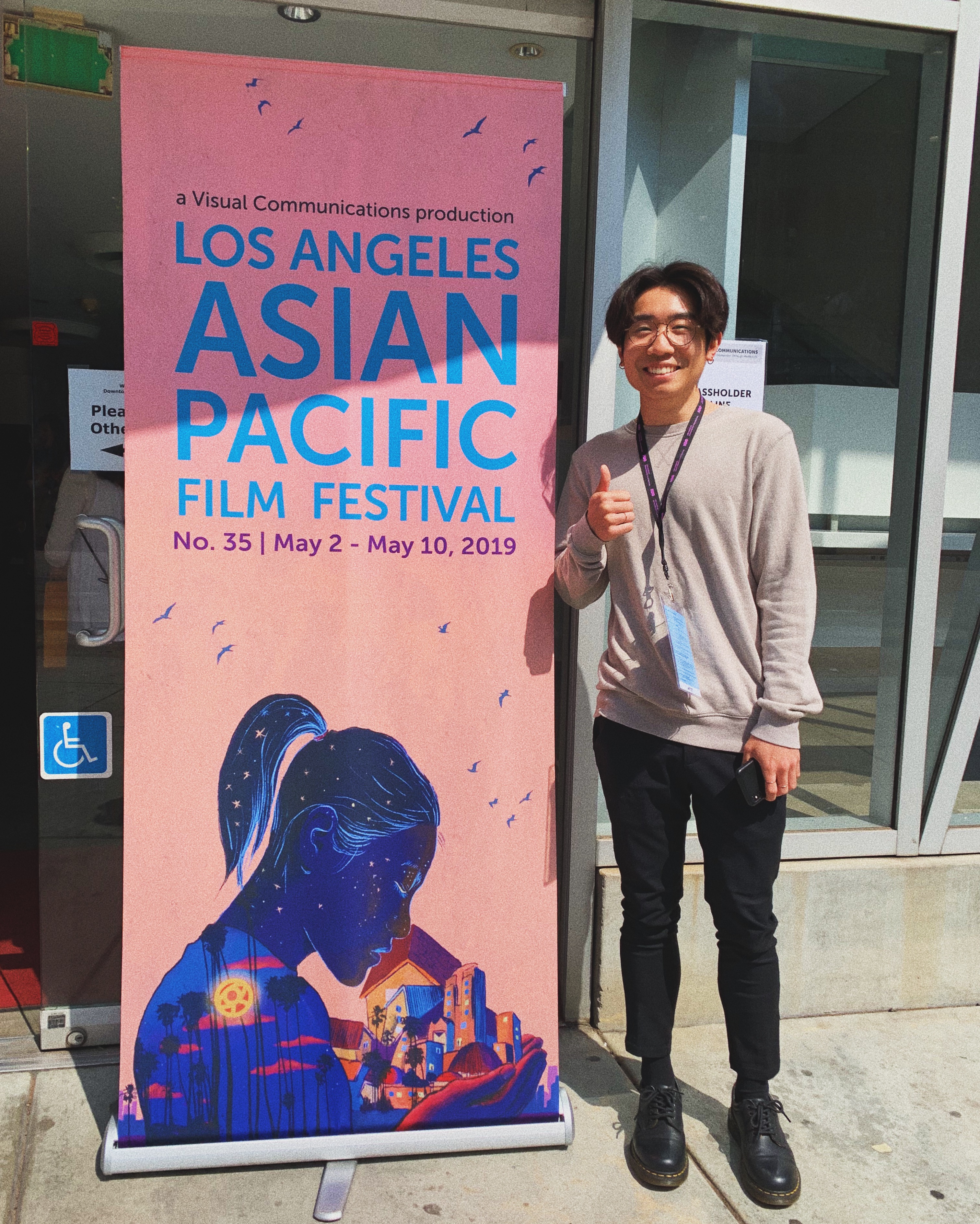 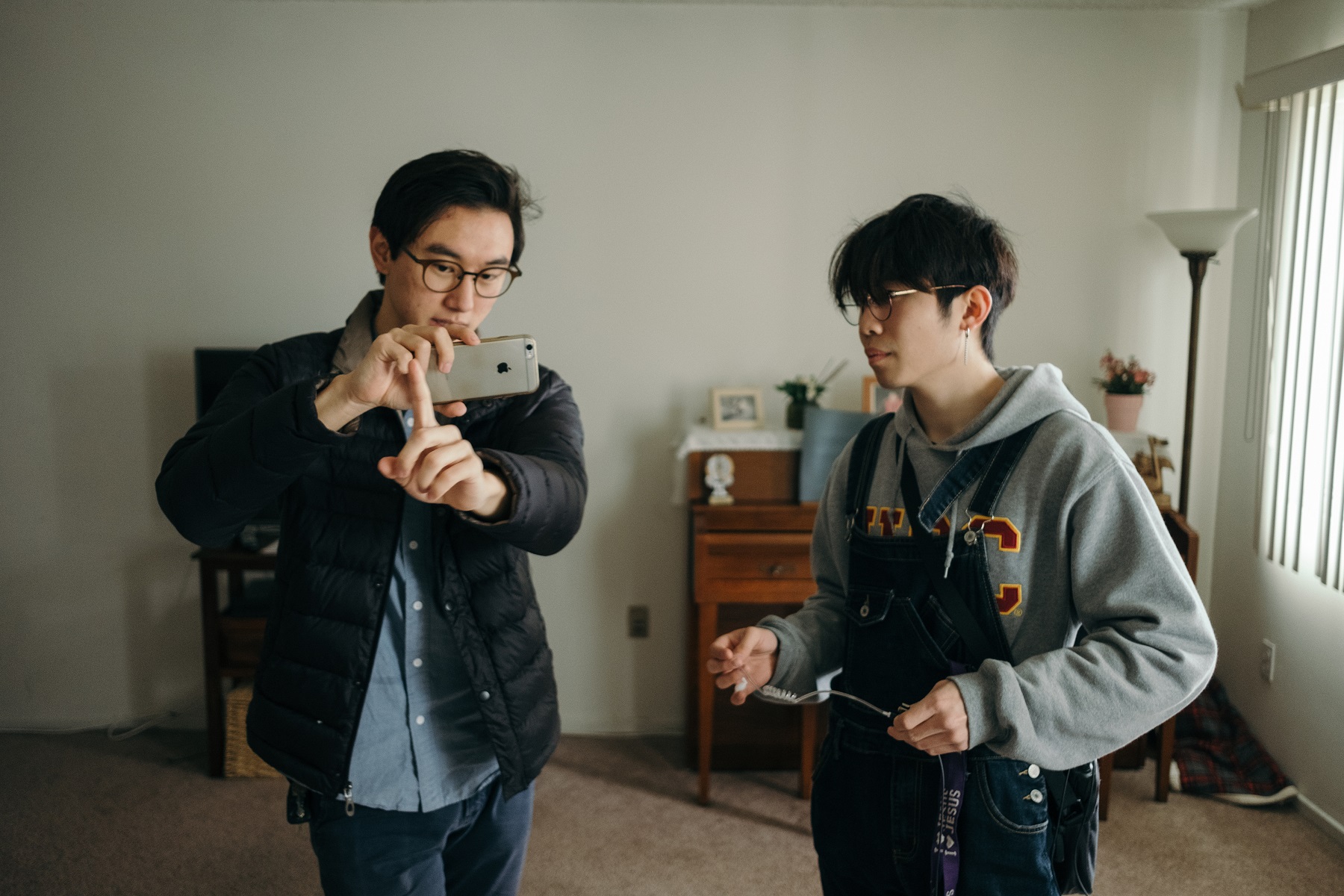 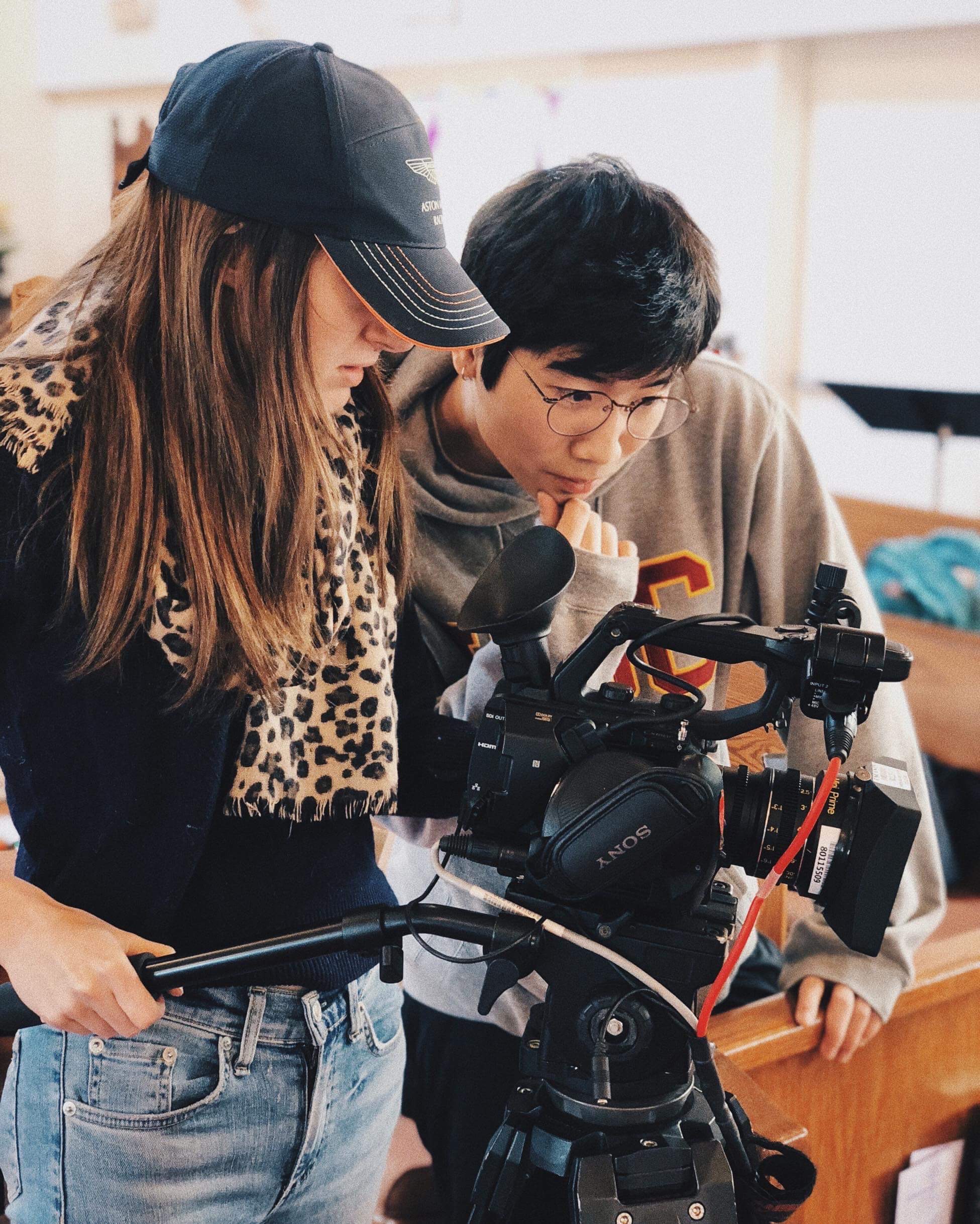 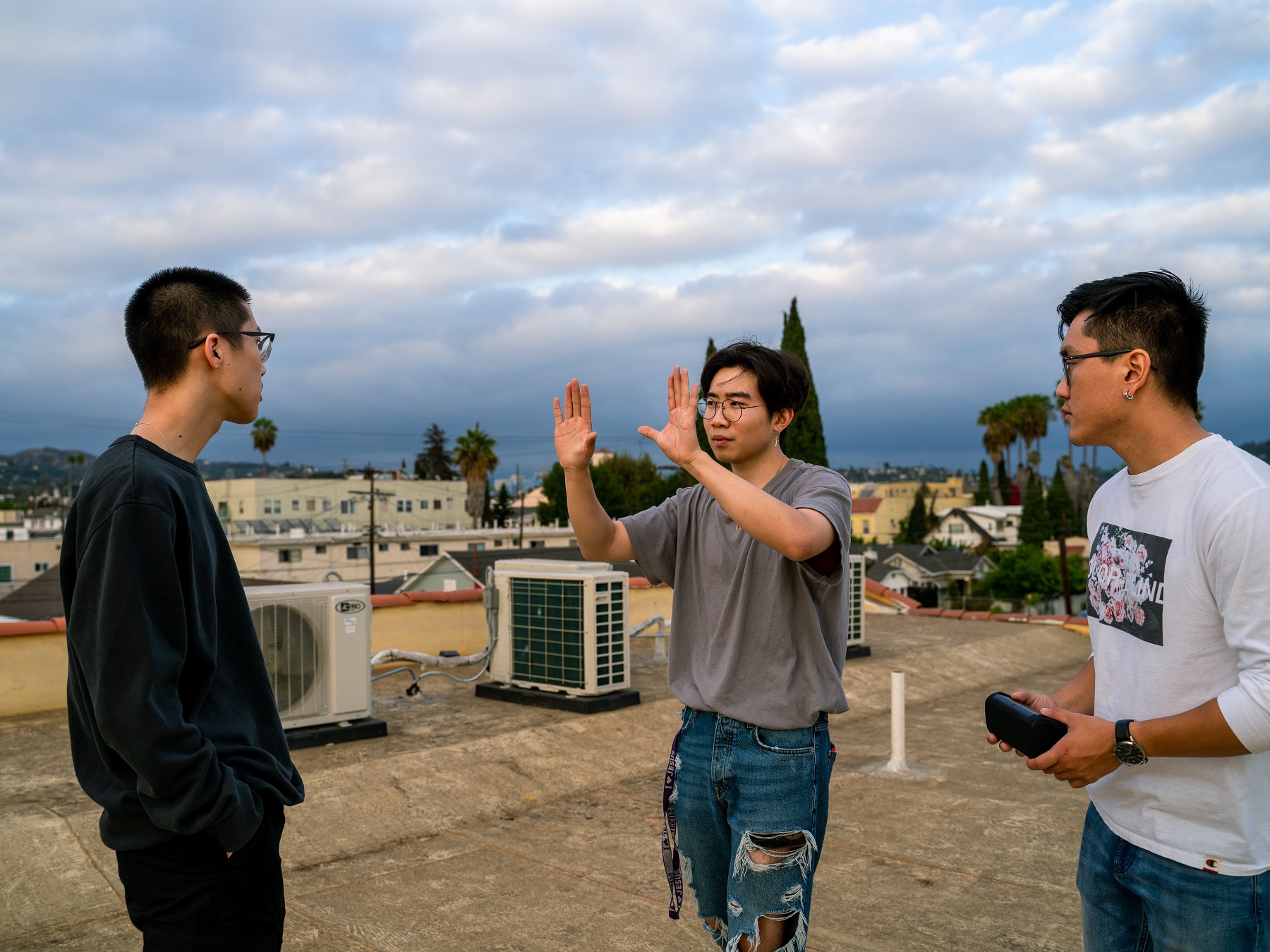 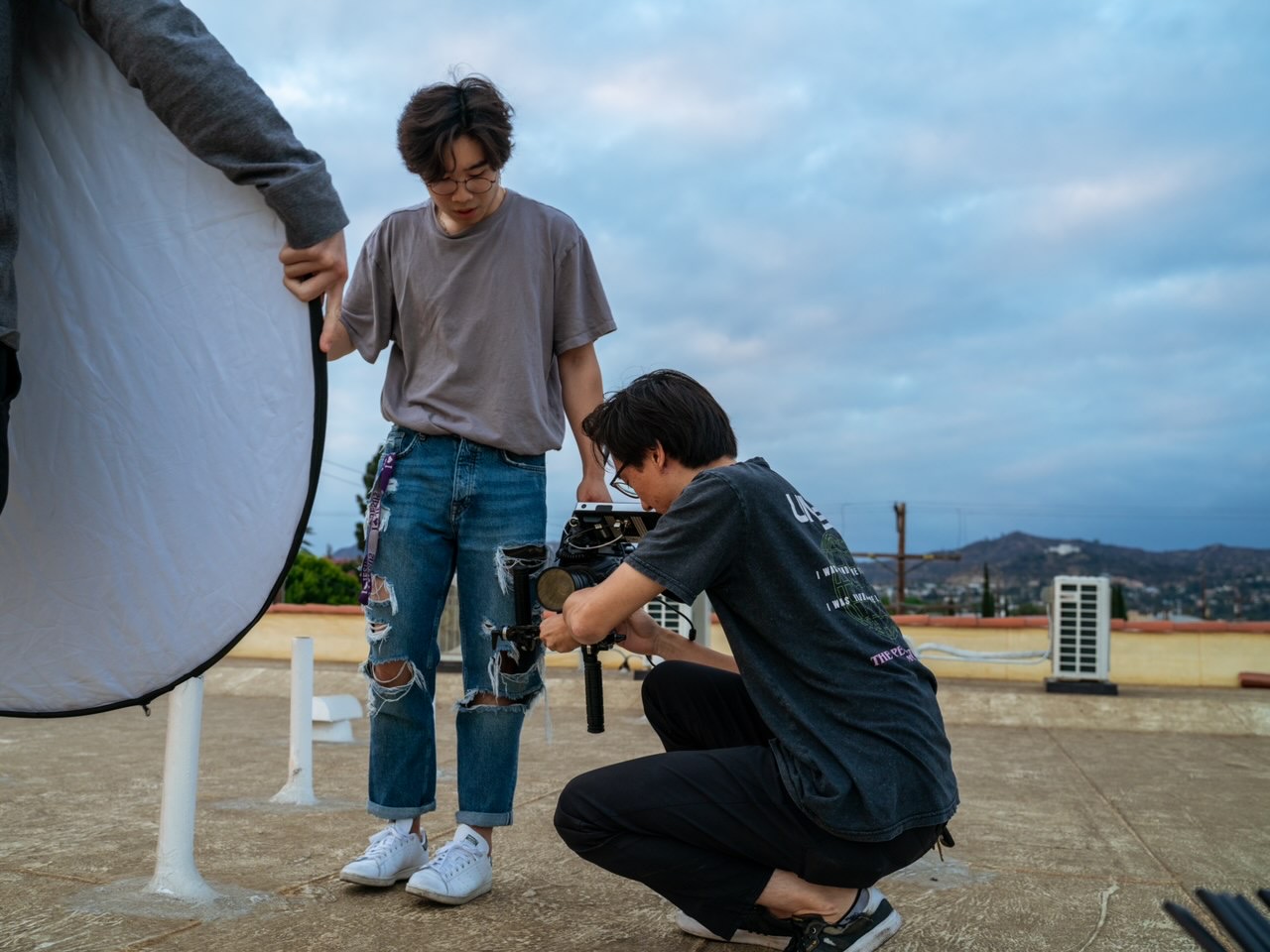 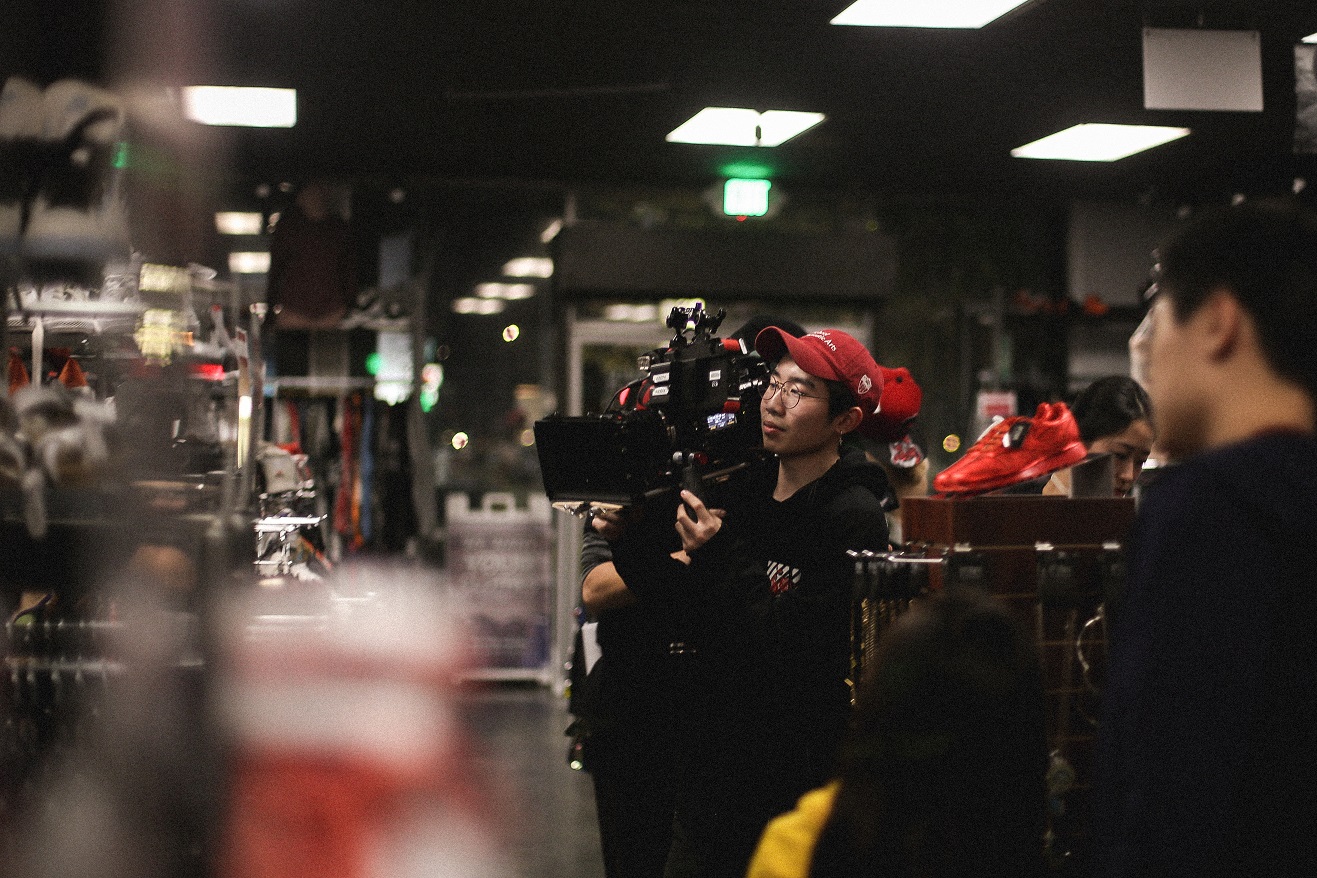 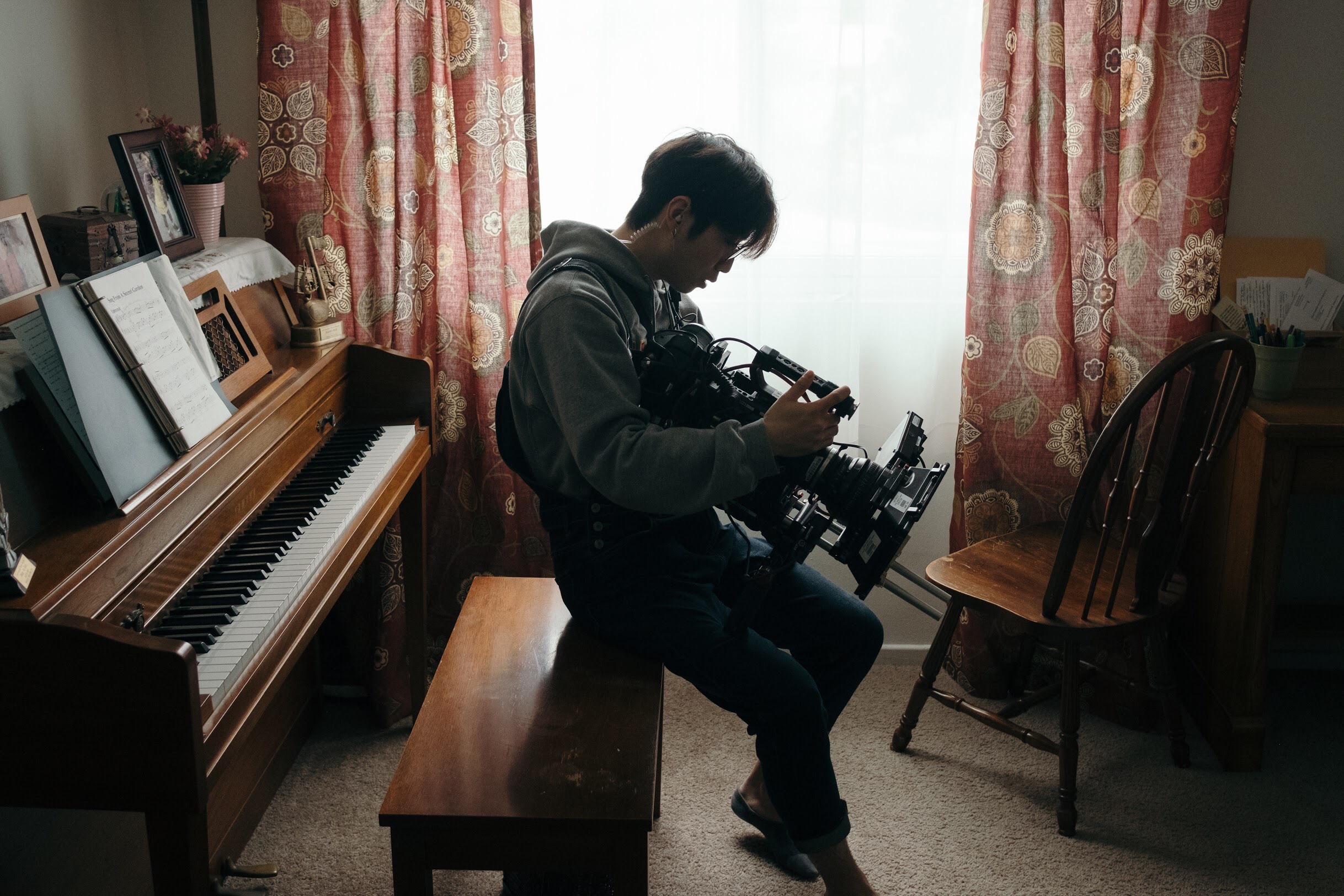 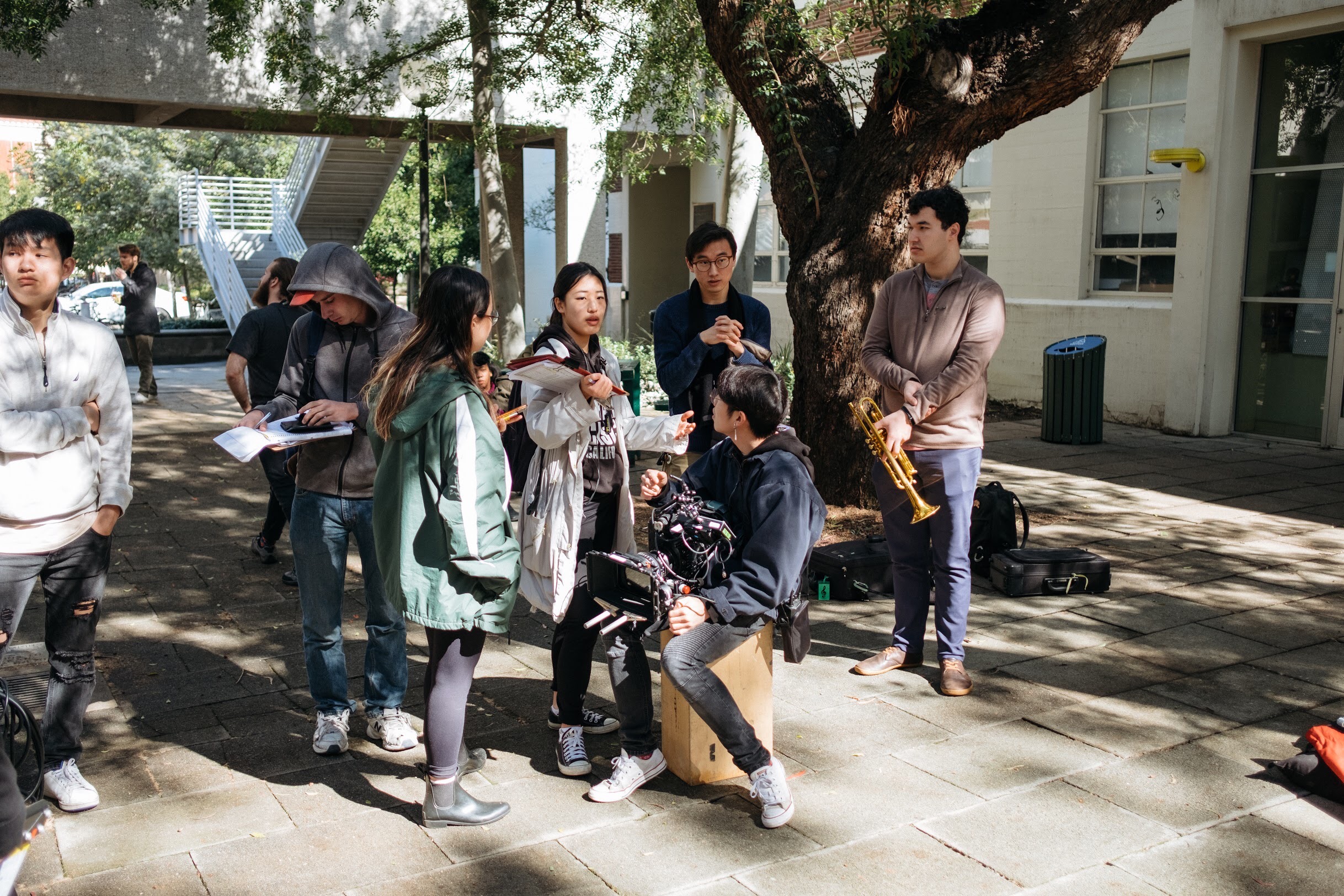