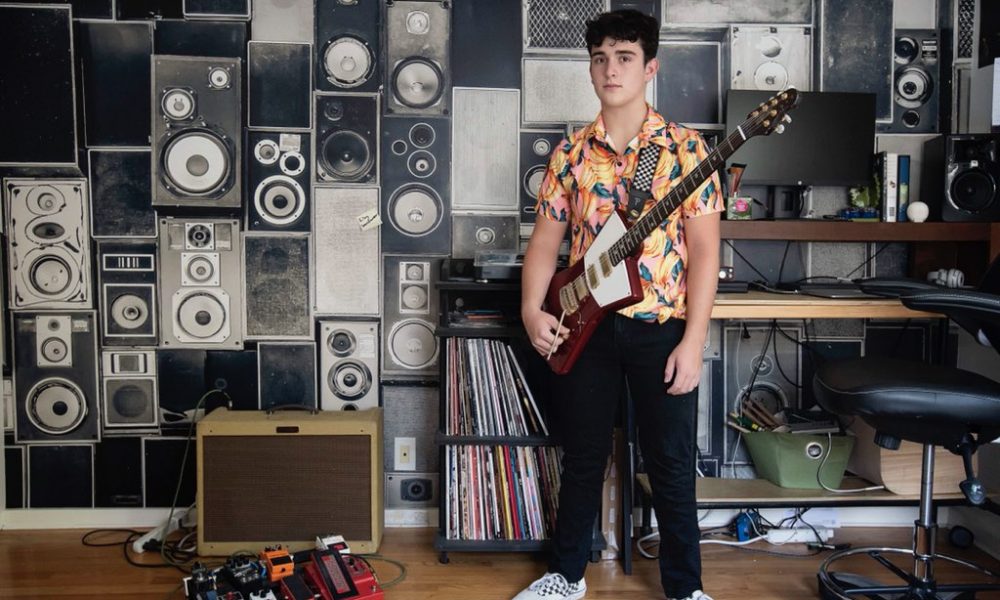 Today we’d like to introduce you to Riley Schmedeman.

Thanks for sharing your story with us Riley. So, let’s start at the beginning and we can move on from there.
Music is the biggest part of my life, without question. Ever since I picked up the guitar at seven years old, I was hooked – it was all I could think about. I’ve experienced so many fantastic moments with music and my passion has only grown over time. I started simply learning guitar in an after school class by just learning the basics. Since then, I’ve been discovering new music, practicing for hours every day and there has yet to be a dull moment. I’ve had the opportunity to perform at some amazing places, from the LA Coliseum to a beach festival in Redondo Beach, to the famous Whisky A Go Go. I’ve also had the time of my life writing music and performing with my bands. Truly, some of the best moments of my life have come from band rehearsals and single releases.

In addition to writing music and performing, I am deeply involved in learning as much as I can about the music industry. Recently, I was honored to be selected as the President of Hamilton High School’s Make Waves Music record label which has been incredibly fun and a great learning experience. Recruiting and cultivating talent within Make Waves, while watching former student artists blow up in popularity, has been awesome to be a part of.

Great, so let’s dig a little deeper into the story – has it been an easy path overall and if not, what were the challenges you’ve had to overcome?
To say it’s been an entirely smooth road would be a lie. I’ve definitely had moments of doubt in myself and some pretty intense creative ruts that drive me insane.

Relationships in bands and between bands can get funky sometimes. My best friends are my bandmates, and my bandmates become my best friends, and there are always challenges to work through. Having been a part of a couple of bands now, I know it can be complicated to navigate from time to time. Making sure we stay the course on a song or an album is always the goal, but emotions can run high sometimes. Acknowledging that these challenges come with every group, be it music, sports, or theatre, etc.

However, I would say my experience as a musician and general fan of music has been mostly enjoyable. Getting through the struggles that come with being a musician is a part of what makes it so great. The pandemic has taken its toll on my personal musical goals and collective happiness. Not having a chance to rehearse with the band has really made the last several months much harder. However, I have found ways to keep thriving artistically. This crap has got to end soon though…

Can you give our readers some background on your music?
Currently, my main project is my band Swandive. We started the band at the beginning of our freshman year in high school and we haven’t stopped working since. We have put out two singles so far and we are currently working on a full-length album. I have put more work into this band than anything else. I do my best to write material for it every day, and the rehearsals and recording sessions are usually my highlight of the week.

My bandmates, Sebastian, Max, and Henry are so fun to work with and I think we’re making some really great stuff.

My obsession with all things music floods over to my critique of music. I run a small review page called @wgglyair on Instagram and Album of the Year. I am overly opinionated, not something I’m proud of, but it is an outlet for my thoughts about an artist, song or album. During this pandemic, I’ve been consuming a ton of music; from the entire Cure discography to nearly every single new album release.

What moment in your career do you look back most fondly on?
I’d say my proudest moment as a musician was the release of my band’s first single “Infiltrator”. Releasing an original song was one of my main goals from day one. It really felt like a culmination of everything I had worked on. I’d say it also felt amazing for me to have done it with some of my best friends.

I know I’ll never forget the moment when I heard my own song on Spotify. It was a moment I had been working toward my entire life. Performing the song shortly after was also a great full-circle moment. I’m sure there will be other amazing firsts, but for me, that will go down as number one. 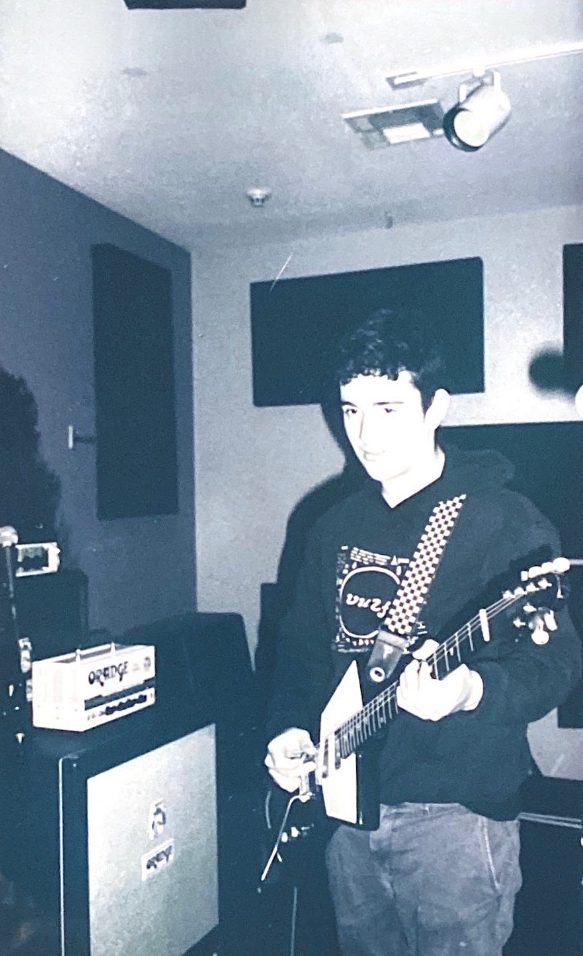 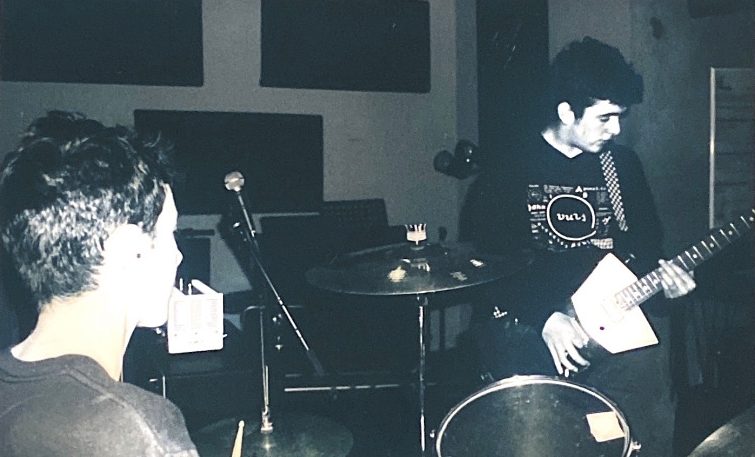 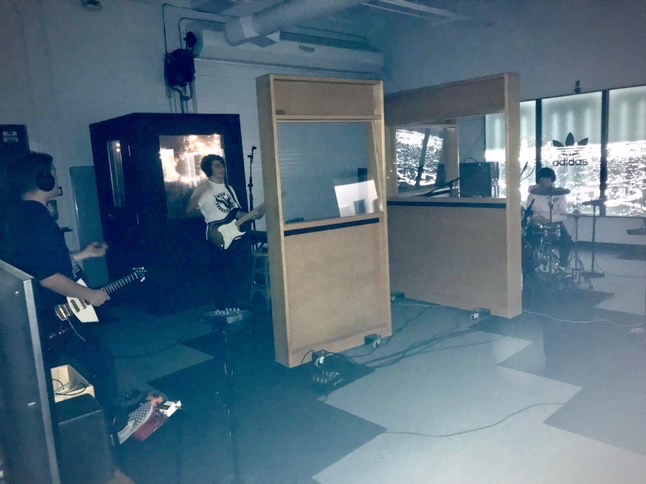 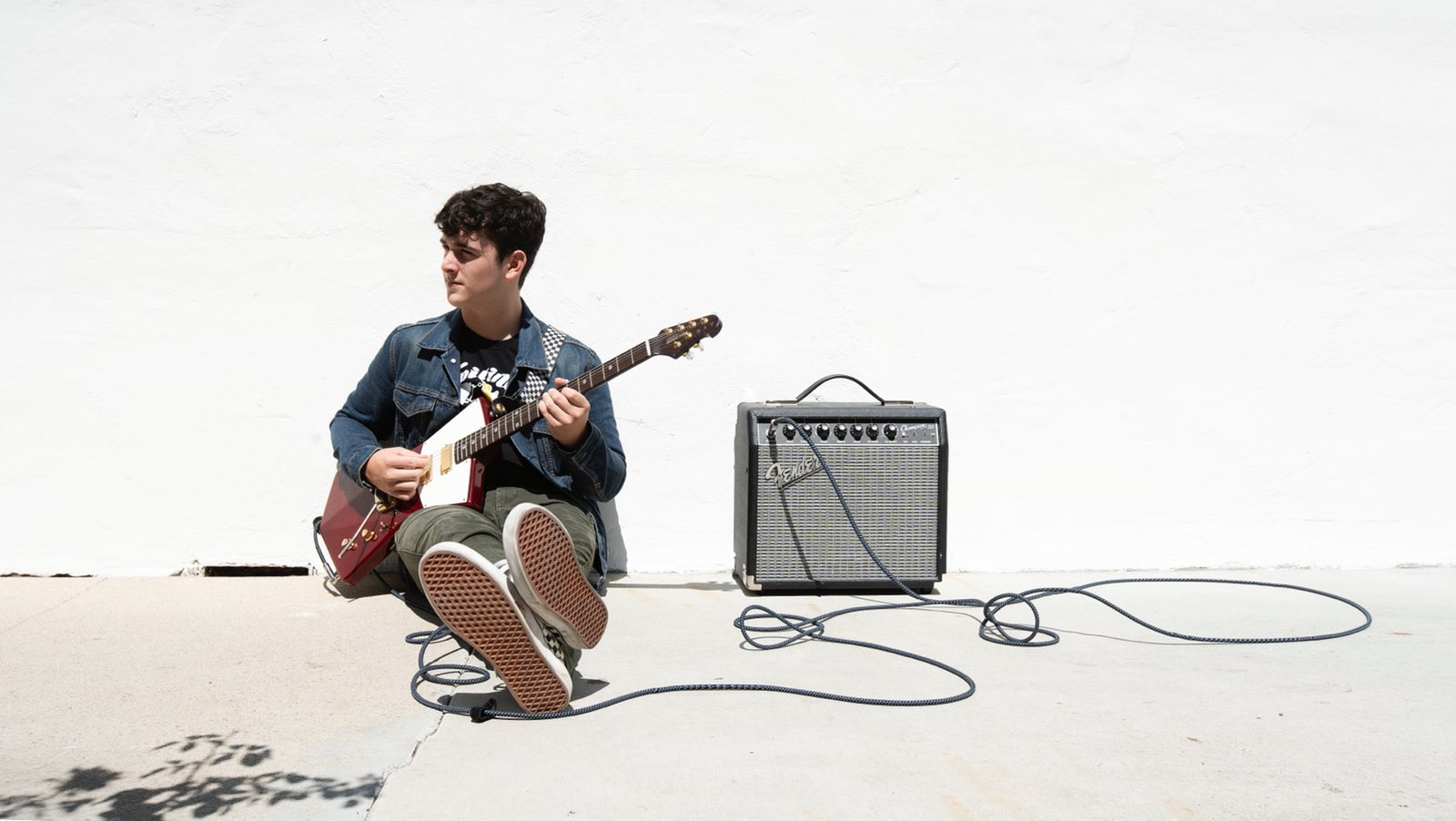 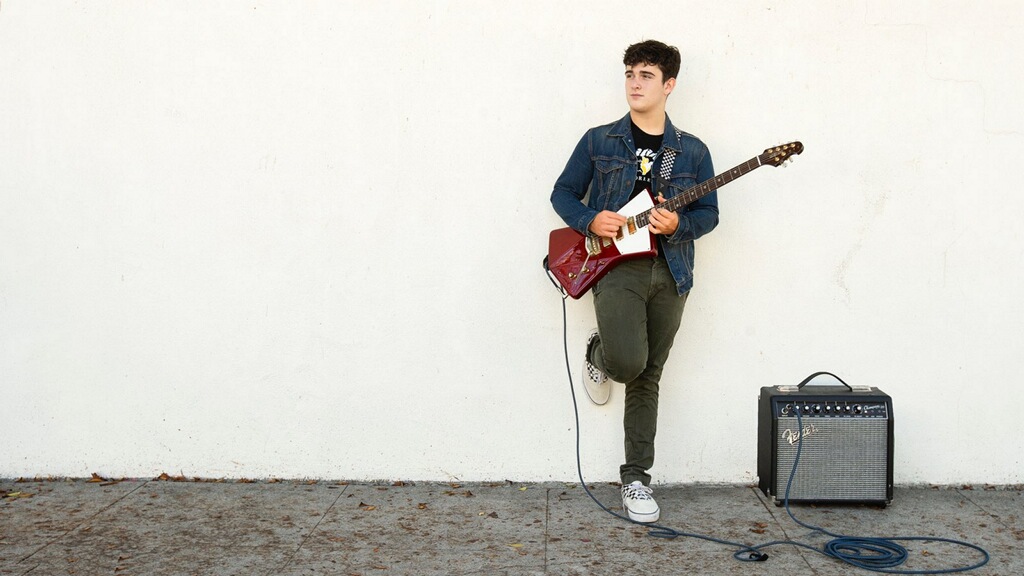 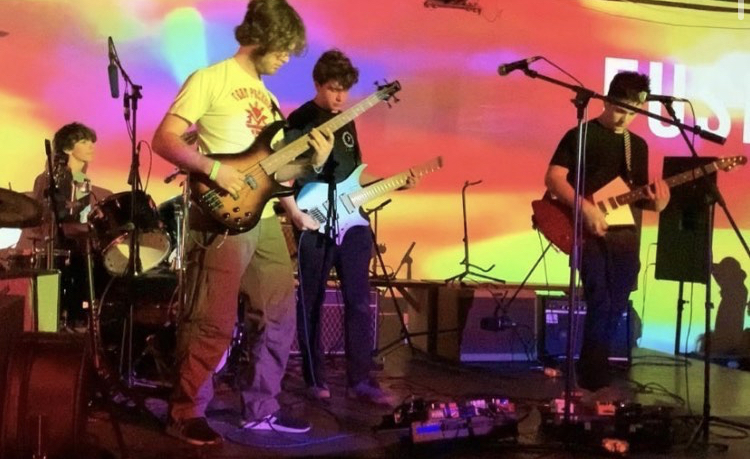 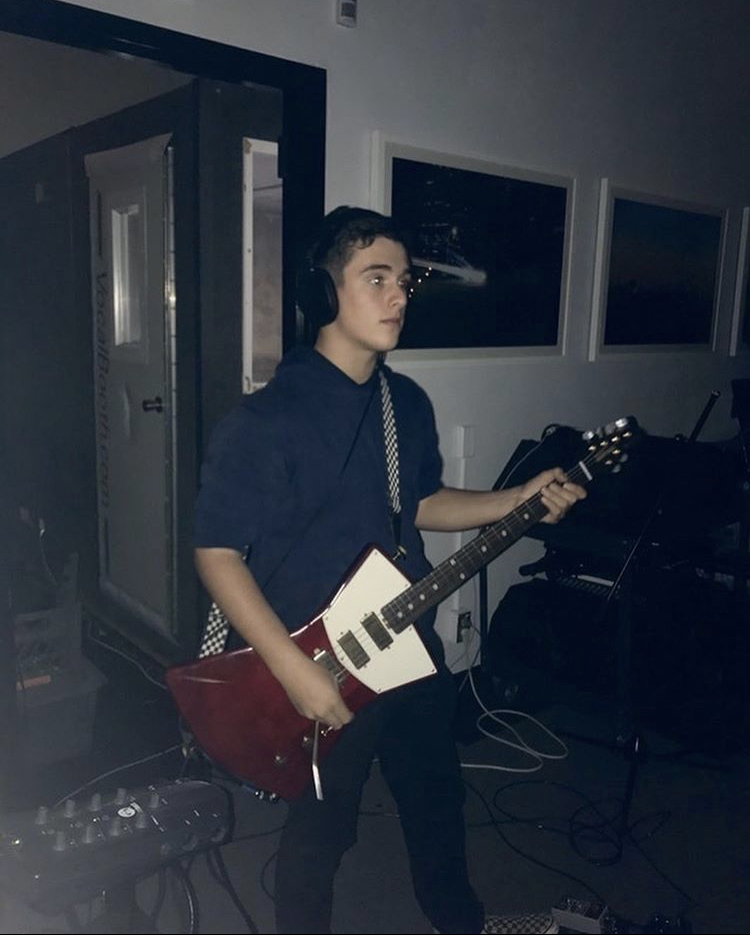 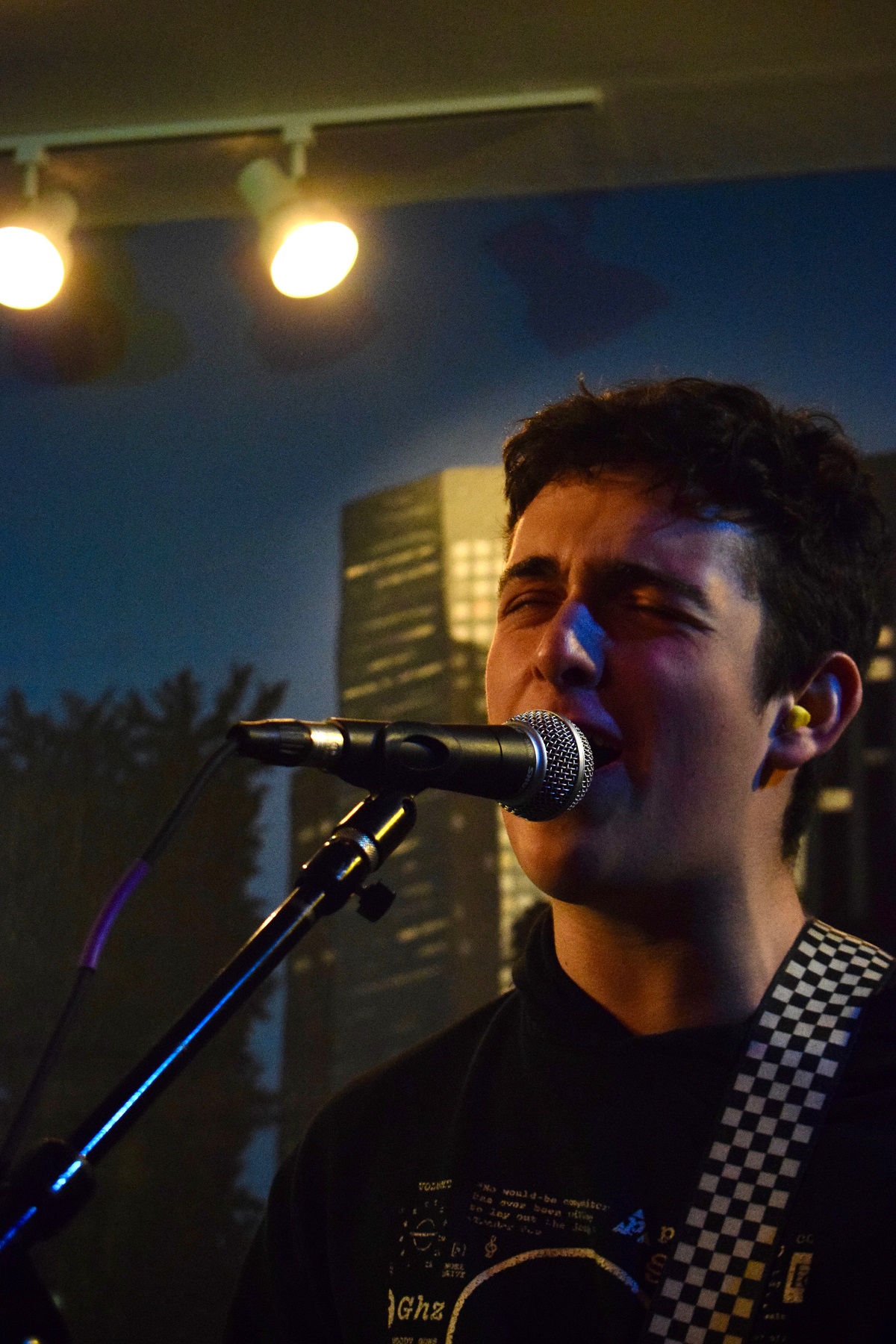