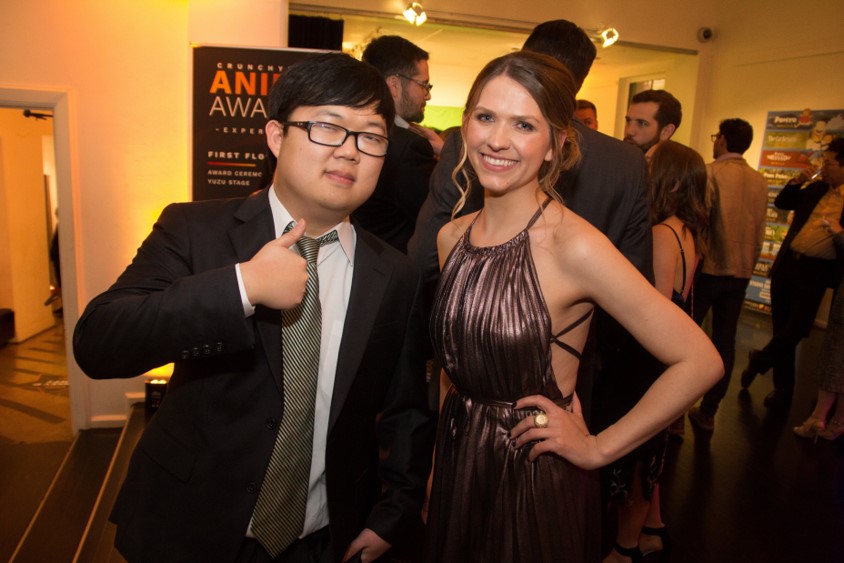 Today we’d like to introduce you to Riley Rose Critchlow.

Thanks for sharing your story with us Riley Rose. So, let’s start at the beginning and we can move on from there.
I remember seeing my brother on stage in a production of Haroun and the Sea of Stories when I was about four years old and thinking, “I want to do that.” Growing up on an island in Maine, there were only so many opportunities to be an actor. I checked the listings in our local newspaper religiously and went to any audition I could find. Between the ages of 7 and 16 I performed regularly with Children’s Theater of Maine, Portland Stage Company, Mad Horse Children’s Theater and Lyric Music Theater, as well as every school play and talent show I could find – I even started going to church one year so I could be in the Christmas pageant.

When I was in my sophomore year of high school, I heard about a boarding school a few hours away in Natick, Massachusetts, where I could study acting more intensively. I found the application online, scheduled an audition and was accepted into the theater department at Walnut Hill School for the Performing Arts in the fall of my junior year. My parents sacrificed a lot to get me there and Walnut Hill opened me up to so many more possibilities for college. I was accepted into several great conservatory programs closer to home but ultimately chose to move to Los Angeles to pursue my BFA in Acting from USC.

At USC, I met a phenomenal group of actors, many of whom I still work with today. I joined USC’s premiere improv and sketch comedy troupe, Commedus Interruptus, where I performed with Beck Bennett, Kyle Mooney, Briga Heelan, Jimmy Fowlie, and many other talented comedians. Upon graduating, I started my own sketch comedy troupe, Bowling For Tiffany, out of which my friend Daniel Montgomery and I started our comedy duo, Mary-Kate and Ashtray. We have performed at UCB, Second City, ACME, in the LA Comedy Festival and SF Sketchfest, and our online content has been regularly featured by Funny or Die.

In 2013, I joined the cast of Video Game High School, which is where I first worked with Freddie Wong and the Rocketjump team. We were actually at USC around the same time, but never crossed paths. Working with Rocketjump has been a huge gift, both as an actor and as a content creator. They cast me again in their Hulu original, Rocketjump the Show, in 2015, as well as a video short for their YouTube channel in 2016. When Freddie contacted me to be a part of Anime Crimes Division, it was a no brainer.

Has it been a smooth road?
When I graduated from USC, I expected acting to be a challenge. There is a ton of content being made, but there are also a ton of actors out here. It takes a lot to stand out and book a job; even getting in the audition room, to begin with, is a challenge. In the first few years after I graduated, I definitely struggled a lot. I had to find a job that was flexible enough to allow me to go on auditions, even knowing that I might only be auditioning a few times a year. I’ve worked as a reptile handler, a food truck assistant, tele-fundraising, waiting tables, packing and shipping medical marijuana, acting as a fake patient when doctor’s take their medical licensing exam, front desk at a dog training company, freelance editing, web design, managing an actor’s resource center – I think my favorite gig was working briefly as a spy to test security protocols for a large video game company.

I struggled with marketing myself and finding representation who really understood me. All of a sudden, there was this big emphasis on creating your own content, which I love, but it all takes time and money, which I had very little of. Somehow, I managed to keep on going, continue looking for new representation until I found a good fit, working on my own projects to keep myself busy while staying on top of my marketing materials in case larger opportunities arose. I kept hearing people tell me that they didn’t know how to cast me, that I wasn’t marketable, or a specific enough type. I should lose weight or gain weight. I should cut my hair, dye my hair, let it grow out naturally. I should have more personality, be more natural, be more charactery. I think I’ve taken about a million sets of headshots. In a meeting with one agent, he compared me to a broken down shack that needed to be torn down and rebuilt. He told me he would teach me how to “sparkle.”

It was really important for me to have parts of my creative life that were within my control. As an actor, you are essentially at the mercy of the roles and auditions available to you, entirely dependent on other people to cast you in their work. With Mary-Kate and Ashtray, I was able to create my own work and give myself the chance to keep learning and growing as an actor and as a content creator. In 2017, I started a weekly feminist podcast called HAGS, with fellow actor Nicole Wyland and director/producer Alex Reeves. I think I would have gotten burnt out very quickly without my own creative outlets.

Every now and then I would get an audition, and I began booking small roles on network TV shows. I most recently appeared on S.W.A.T., Timeless and American Horror Story: Cult. Like any actor, I would love to be working non-stop, but whenever I get frustrated, I look back at the last ten years and I can see real, distinct progress. The most exciting projects I’ve worked on have been the result of a connection I made or someone I knew personally. Anime Crimes Division is hands-down the most fun I’ve had on set, and it opened me up to a whole new world of content that I was only peripherally aware of before.

Please tell us about Anime Crimes Division.
Anime Crimes Division is a live-action comedy series that parodies the well-known tropes of a police show, set in the world of anime fan culture. I play Detective Diesel, a rookie who has been partnered with grizzled detective Joe Furuya, played by SungWon Cho. In the first season, Joe and Diesel solve a new anime-related crime in each episode, like a war between the subber and dubber gangs, or the theft of a rare Yu-Gi-Oh card. In the second season, there’s a more overarching story as we search for a serial killer who is reenacting famous anime deaths. It’s basically a love letter to anime fans and a celebration of anime culture dressed up as a goofy cop show.

ACD is definitely my favorite project I’ve had the opportunity of working on so far in my career. I get to work with an incredibly talented and diverse group of people who are not only insanely knowledgable and creative but also absolutely lovely human beings. SungWon is a dream to act with. Nothing brings me more joy than getting him to crack up in the middle of a take. Seriously, watch the bloopers, it’s downright delightful.

The Rocketjump team is like a well-oiled machine. They work extremely professionally and efficiently, but also leave room to improvise and play in the moment on set. They absolutely know the value of having fun and it really shows in their work. I mean, I might be biased, but the first time I saw the opening title sequence I just started cackling with laughter. It’s insane and amazing and watching the show everything is so much better than I even imagined it to be. The energy on set is infectious. Even when it’s a hard day – like when we had a night shoot on the hottest day of the year and we were filming a fight scene in 100-degree heat at four in the morning – everyone’s giving it their all and you can really feel that everyone has your back. It feels incredible to work your ass off alongside a team that’s working even harder. As long as you can sleep eventually. For a very long time.

The first two seasons of Anime Crimes Division are available on Crunchyroll as well as on Rocketjump’s YouTube channel. 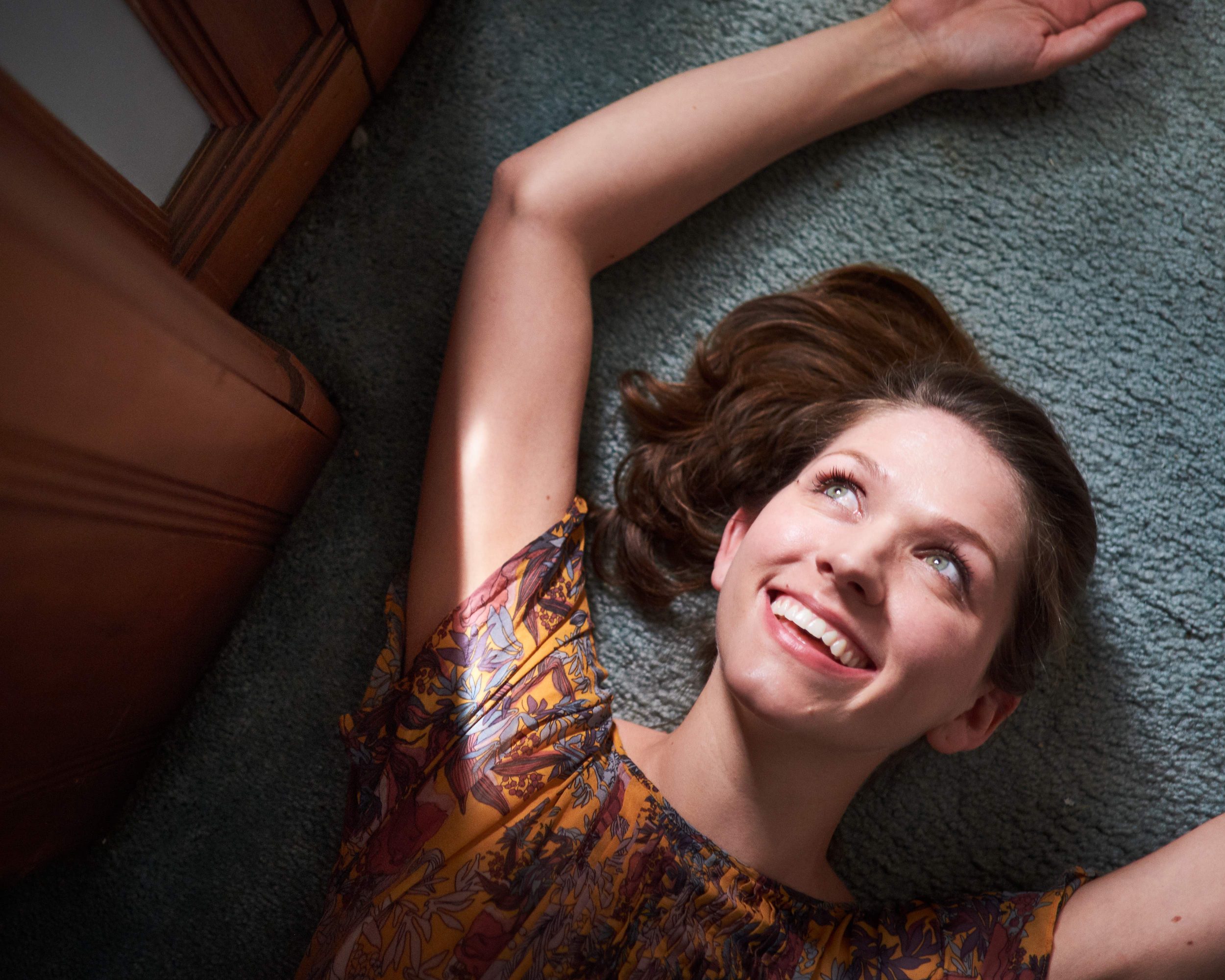 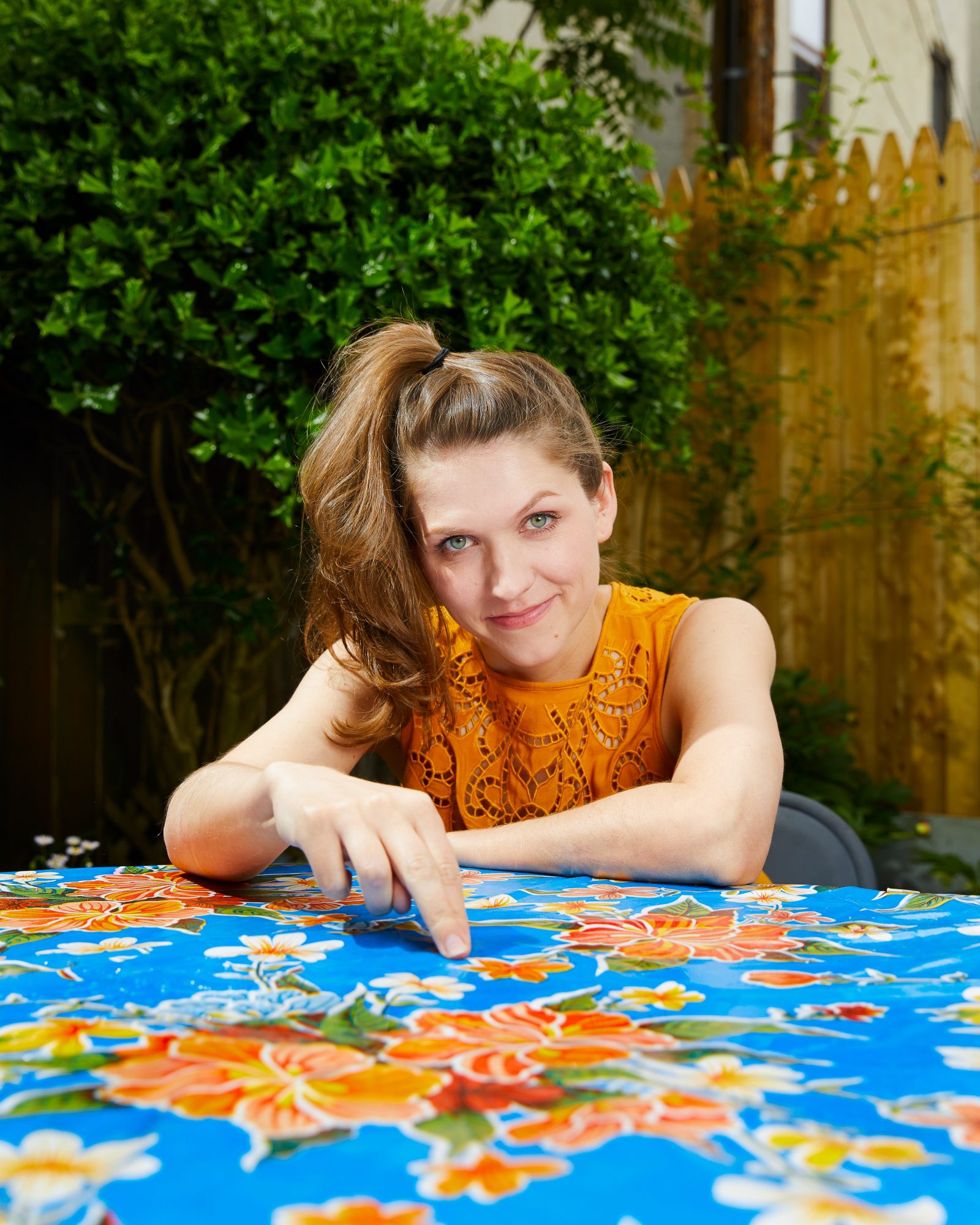 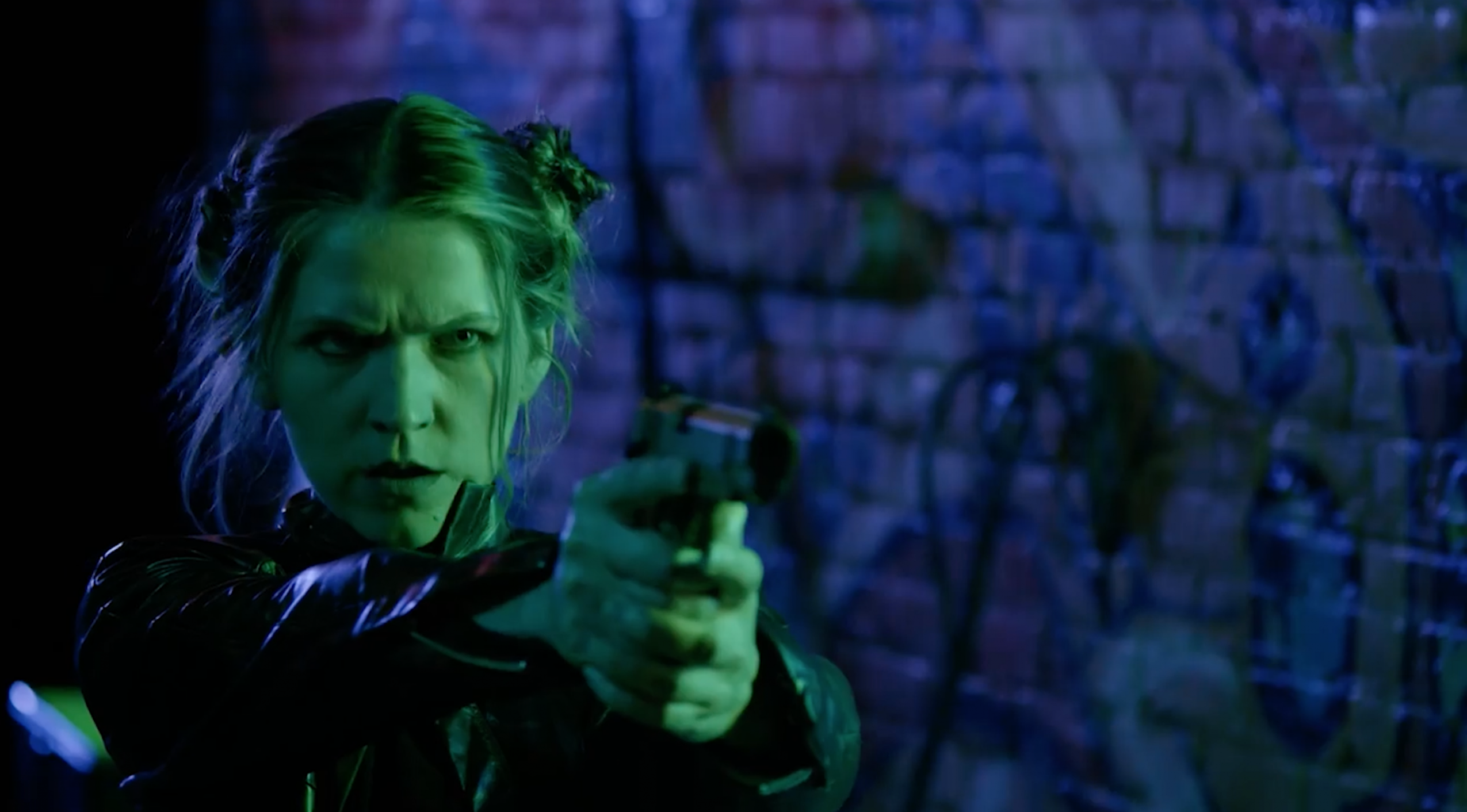 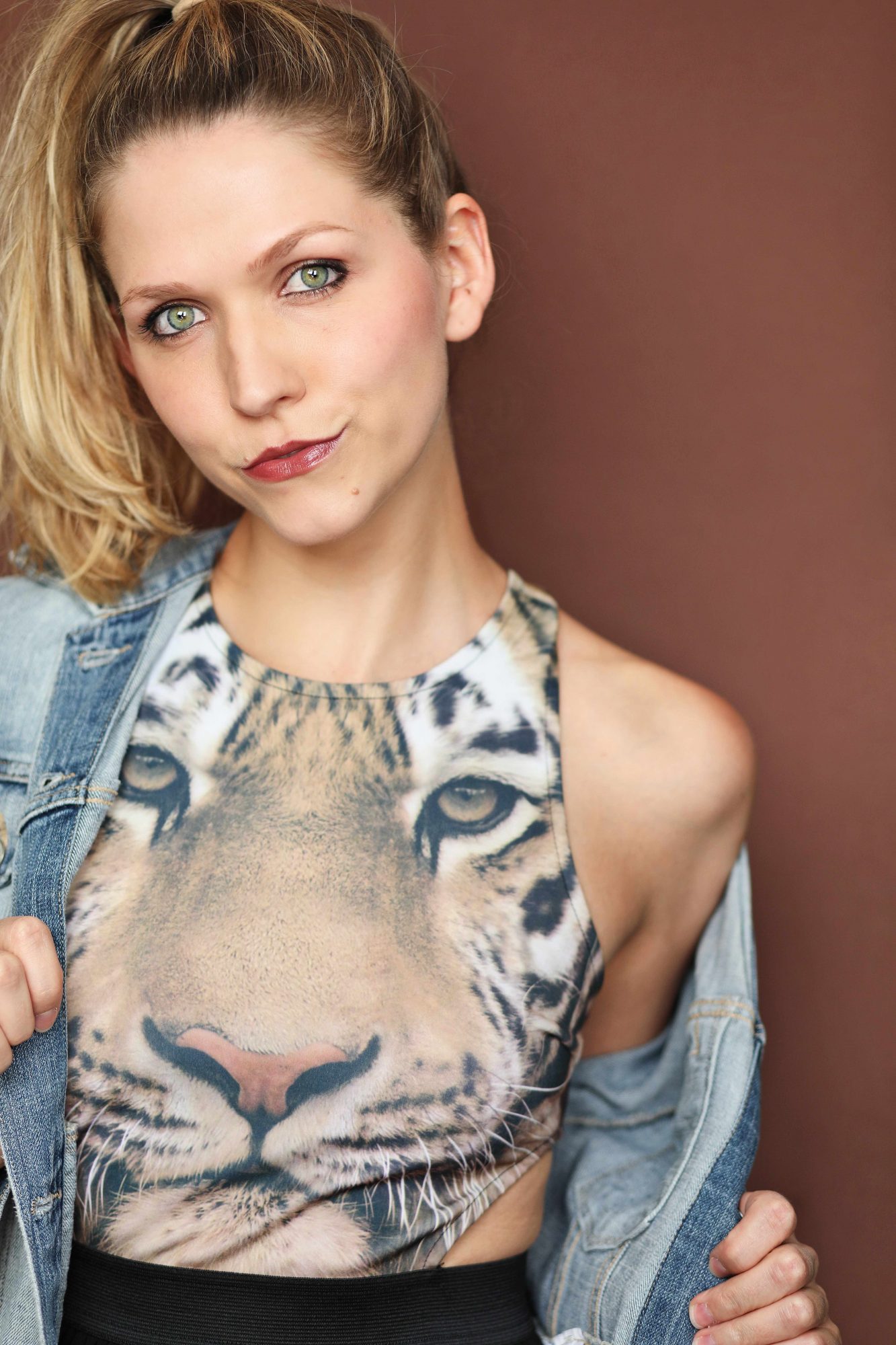 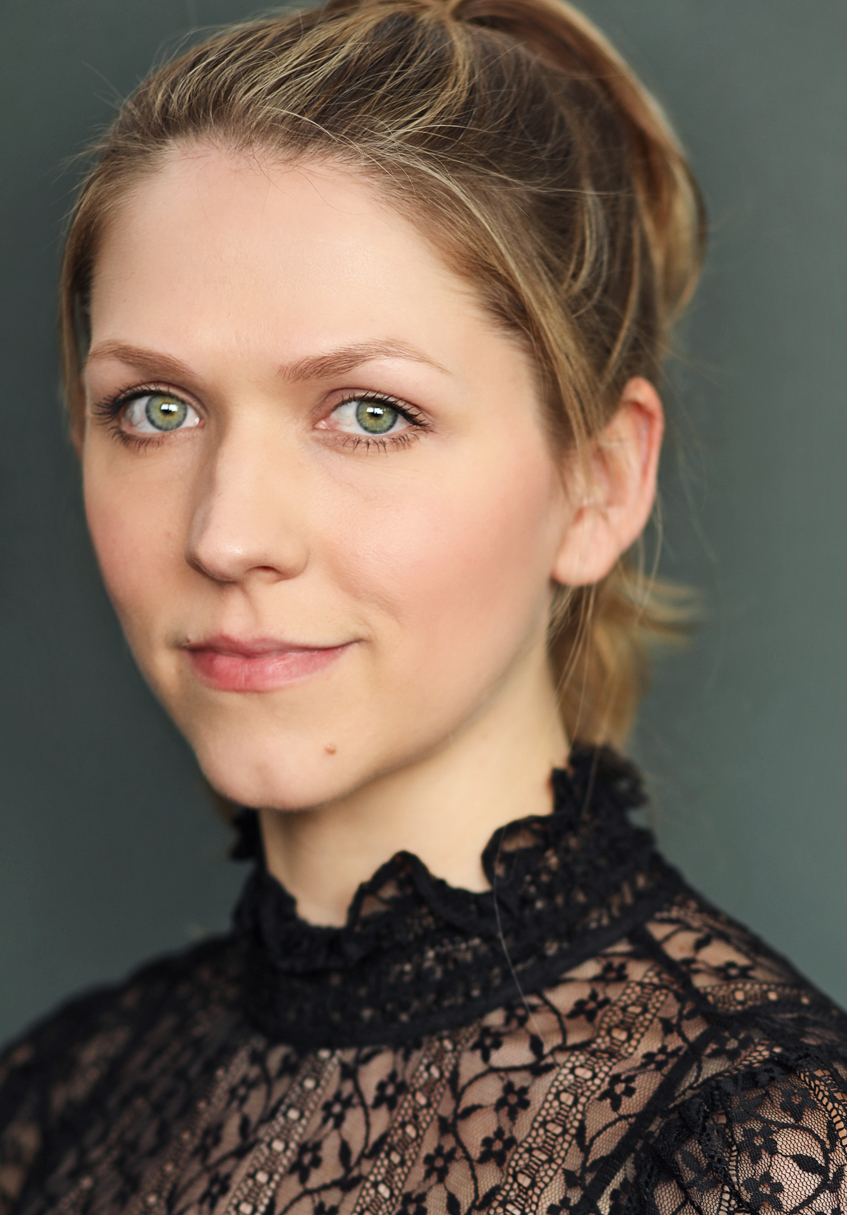 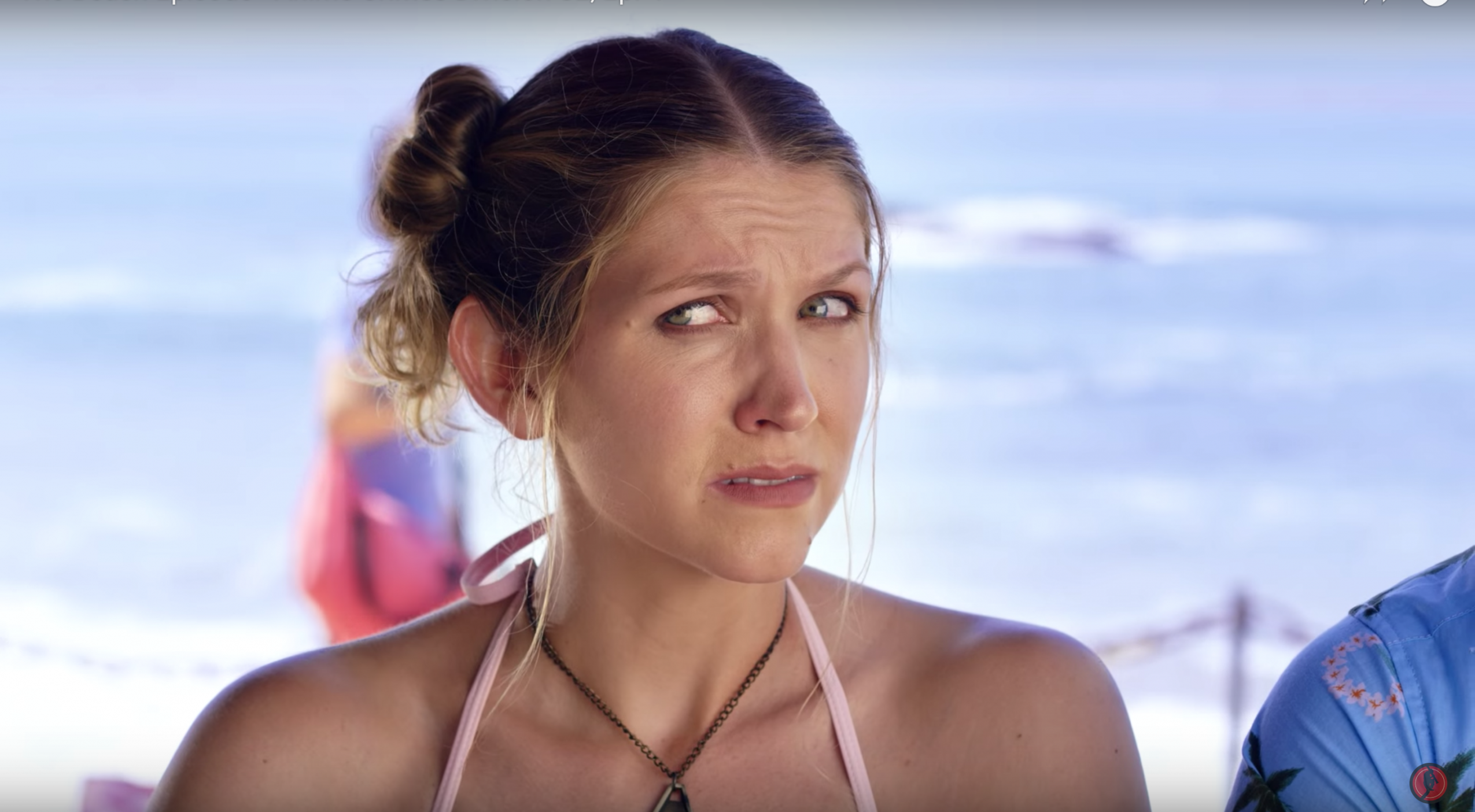 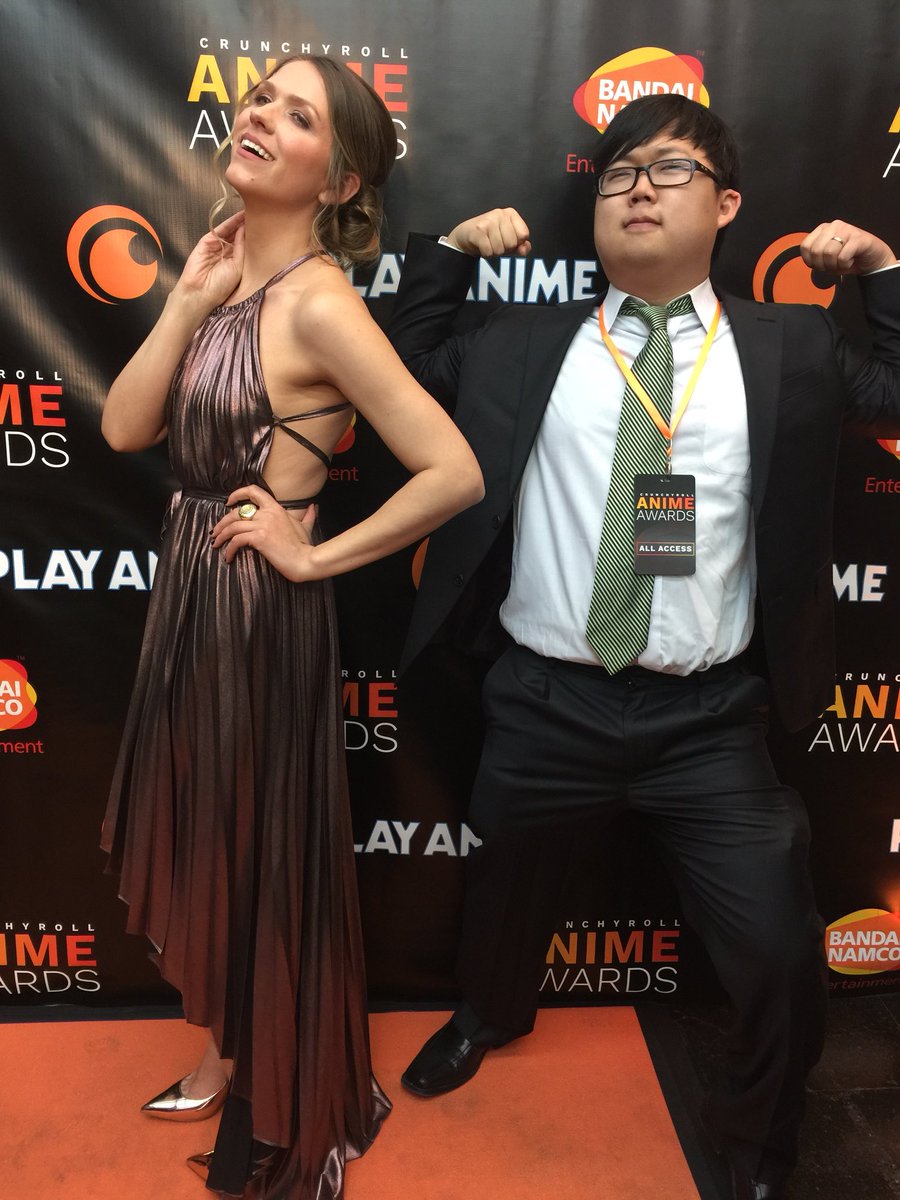