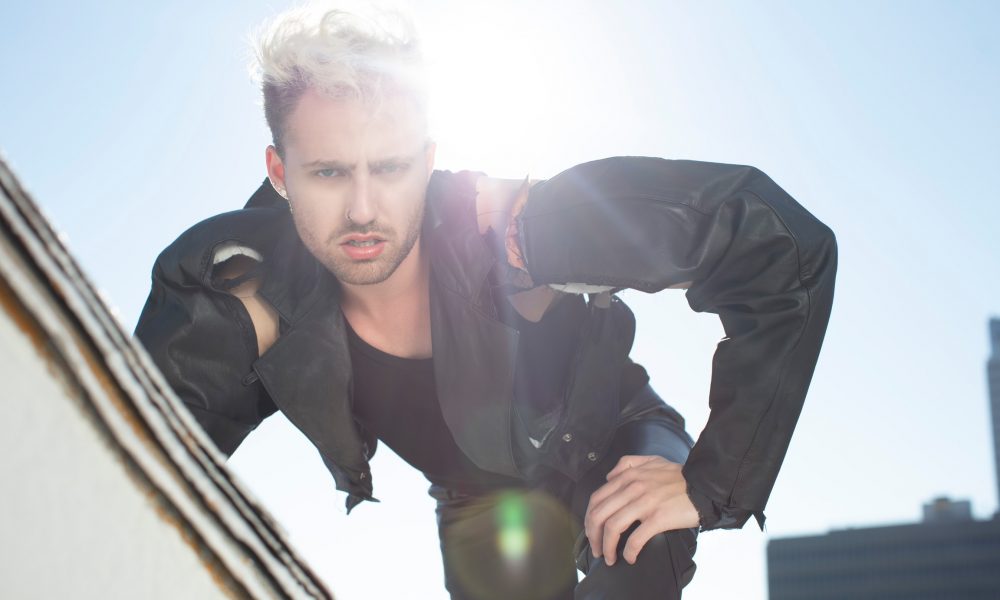 If you want sparks, scintillation, satire, and a show, you came to the right place…

“I am a spectacle. I like pop goddesses and glam-rock gods. I am pyrotechnics, dancers, strobes, and a world that looks like a crazy red-light district in the eighties.”

Meet Rilan.
Bathed in a glow of laser-hued neon, decked out in futuristic high fashion, and magnifying the pleasures of party culture only to incinerate them, he carries on traditions set forth by Lady Gaga and Freddie Mercury with his own style, spirit, and soul. He speaks directly to anyone looking for a place to fit in and throws them the kind of party you plan for the end of the world. As the Mad Hatter of his own private and provocative Wonderland, Rilan extends an invitation to a kingdom where a new sort of “cool” reigns on his forthcoming 2019 EP AntiSocialite.

Rilan’s new music serves as the key to this place and an affirmation of his promise. His single “Love or Drugs” became a Top 15 hit on the Billboard Dance Club Songs Chart, spending 17 weeks on the chart, and in just a few months has added more than 1.2 million YouTube views and more than 300,000 Spotify and Apple Music streams to his nearly 7 million total streams to date across all platforms. Eighties-style keyboards and a derelict bassline throb underneath his dynamic delivery. He slips from coy verses into fiery falsetto between a hard-hitting and intoxicating moan. In the accompanying video, Rilan writhes around a fluorescent light as all manner of scantily- clad beautiful people willingly drown in a downpour of sweat and rooftop poolside shenanigans. If you look closer though, a message peeks through.

“It’s about how and why people go out,” he shares. “I wanted to poke fun at that life and make a fun pop song you can dance to, but when you dive in, it’s total satire. The song is my commentary disguised as a catchy tune. Social media can sometimes be an exaggeration of reality. It’s an idea. It’s a facade. It’s faux glitz and forced glamor and unattainable perfection.”

Rilan’s forthcoming EP AntiSocialite further reveals his dark and delectable sense of humor and his musical stylings which can be found at the intersection of turn-of-the-century pop, arena rock, and incisive social ponderances.

“I don’t want to play a part for the rest of my life; I want to create the part.”
The seeds for this vision would be planted during his childhood in New Orleans. He found musical theater at five-years-old and was classically trained in ballet. Never quite fitting in at school as the artist amongst the athletes and the goth amongst the preps, Rilan shuttled back and forth between the Big Easy and Broadway for casting calls. After cutting his teeth on stage, he realized his destiny would be to build a universe of his own rather than inhabit someone else’s. Worshipping at the altars of Bowie and Britney, he ditched Belmont College after a year and went to Los Angeles to chase his music dreams. Since touching down in Hollywood in 2014, Rilan has steadily carved out a place all his own.

After starring in the final season of the hit show Glee, he dove into music full time, releasing the Chemicals EP produced by Dallas Austin [TLC, P!nk, Gwen Stefani], as well as singles “Blindfolds” feat. Naz Tokio in 2016 and “MoneyTalk” in 2017. He has charted on the Billboard Dance Chart and performed on runways at Fashion Week on both coasts. He began making many of the stage clothes for himself and his dancers, including designing his signature custom-made jackets which are constructed ethically in Los Angeles. Shaped as an inverted triangle, the over-the-top jackets are inspired by geometry, punk rock and 1980s futurism.

A true showman through and through, Rilan’s live performances are explosive and caught the attention of iconic choreographer Richy Jackson [Lady Gaga], who Rilan has teamed up with to turn his music into a full-blown sensory experience.

Now, Rilan delivers a pop spectacle where everyone is welcome.
“I want people to know that being different isn’t just okay, it’s actually cool. Don’t fit into a group. Don’t try to be someone you’re not. I want to give you an experience. I want you to be transported. I’ve created a world that I wish the world looked like. Welcome.”

Great, so let’s dig a little deeper into the story – has it been an easy path overall and if not, what were the challenges you’ve had to overcome?
Navigating the music industry is near impossible. There’s no single path to follow to get to the top. What worked for someone else won’t work for you. Each journey is tailored to its traveler. You truly have to carve your own path.
I’ve always been a theatre kid. That’s my foundation and my first love. What I do is theatrical, from the songs to the vocal to the lyrics to the performance, and it always will be. Nowadays it seems like everyone is too cool for school, and to be honest I’ve never been cool in my life. Theatrical has never been cool either. I’ve tried being cool, and it simply doesn’t work. It looks forced. It feels worse. I’ve tried just about every sub-genre of pop music to try to fit in, and every wrong turn has led me to a dead end. I’ve reinvented and reinvented until I don’t know who I am anymore. After five years doing the same dance to different sounds, I stopped and thought about what it is I’m truly doing and what it is truly makes me still want to work towards this near-impossible dream.

To me, being authentic is the key to success, both professionally and personally. Trying to be something I’m not is a disservice to myself and to my music. It’s a harder and longer journey, but the destination will be where I belong. I haven’t reached it yet, but this ride gets better every single day I continue to be myself.

What do you do, what do you specialize in, what are you known for, etc. What are you most proud of? What sets you apart from others?
I’m a performer. My strength as an artist is in my shows. They’re an experience. They’re a spectacle. They’re not a background to your night out while you bitch to your coworkers over a happy hour well drink. They’re an event, and no matter if I’m performing on a stage for a thousand or on a coffee table at a local dive bar, there will still be one hell of a show.

I’ve performed at a variety of LA music venues like Hotel Cafe, The Roxy, The Viper Room, The Mint, The Sayers Club, and The Peppermint Club. I’ve also performed at many club nights such as Tigerheat at Avalon in Hollywood, Ash Wednesday at The Abbey in WeHo, and Thursday night Sessions at The Sayers Club as well, which features covers of local artists’ performing their favorite songs. Additionally, I’ve done pop up shows at Palihouse and The Standard, as well as performed on the main stage at both LA and San Diego Pride.

I’ve made my rounds over the past few years, and it’s been such a great experience. I’ve learned a lot and met some incredible people along the way. That’s what I love about performing – the connection with the audience both on and off stage. It’s equally exciting to see local regulars and new faces from out of town at every show.

Do you look back particularly fondly on any memories from childhood?
Writing my first song. I was 13 years old and heavily involved in community theatre in New Orleans and regional theatre throughout the south. I truly thought that’s what I wanted to do with my life, but something inside of me was searching elsewhere for a release, be it artistic or personal or even rebellious. Regardless, I wanted more. One day after school, I went to the dusty keyboard in my room that I had ignored since quitting piano lessons years before. Somehow I just started playing. It was nothing at first, just fiddling with keys that sounded decent together. Before I knew it, an hour had gone by and I had a full page of lyrics in front of me. The song was ridiculously cheesy and embarrassingly emo, but it was a song nonetheless, and a part of me felt complete – more so than I hadn’t ever felt before. It sounds cliche, but it’s true. From that day on, writing music became my outlet for everything. It was my therapy when I had no one to talk to, my best friend when I felt alone, my love when I was unlovable, and my happiness when I had lost all hope. Songwriting is still all those things to me. 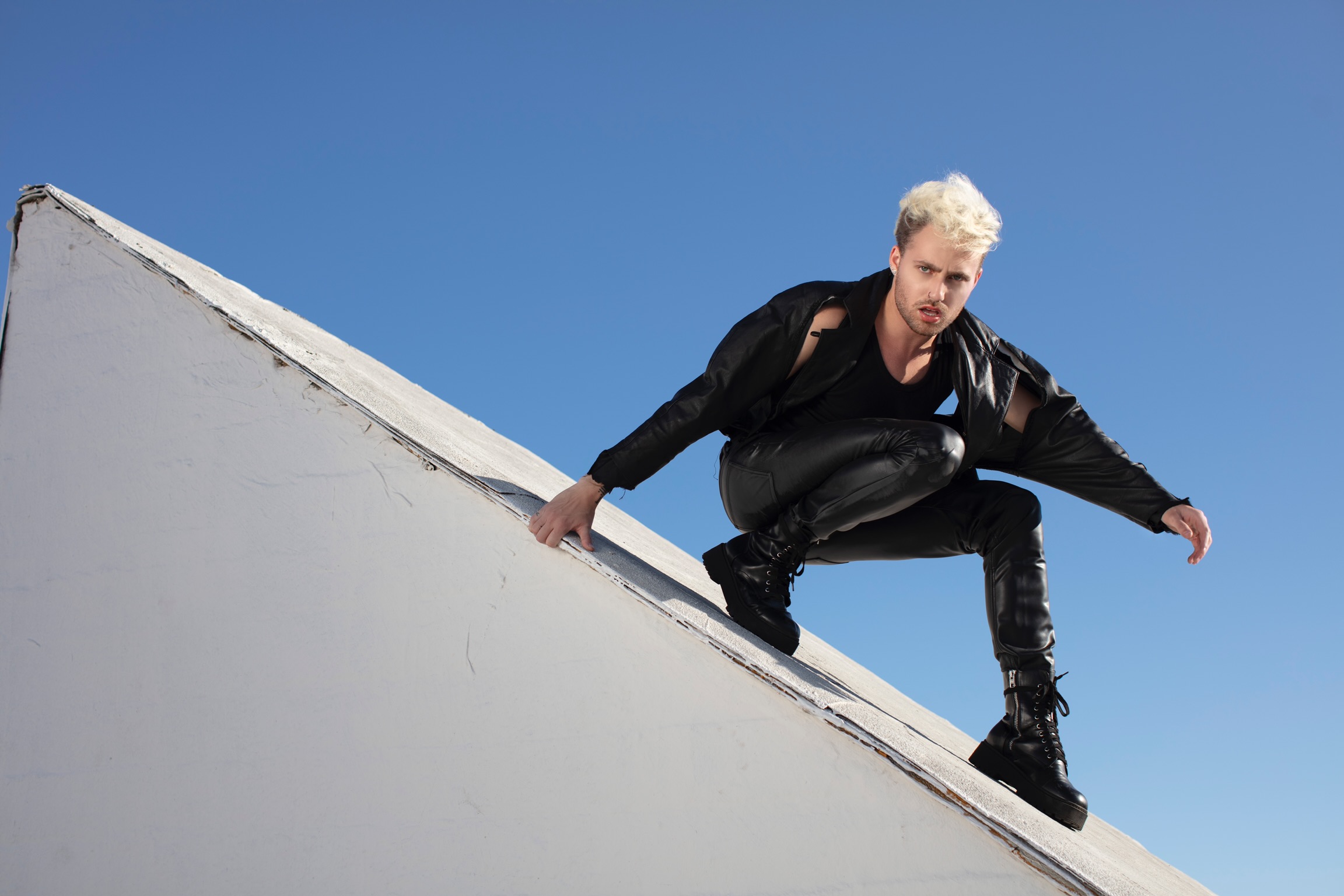 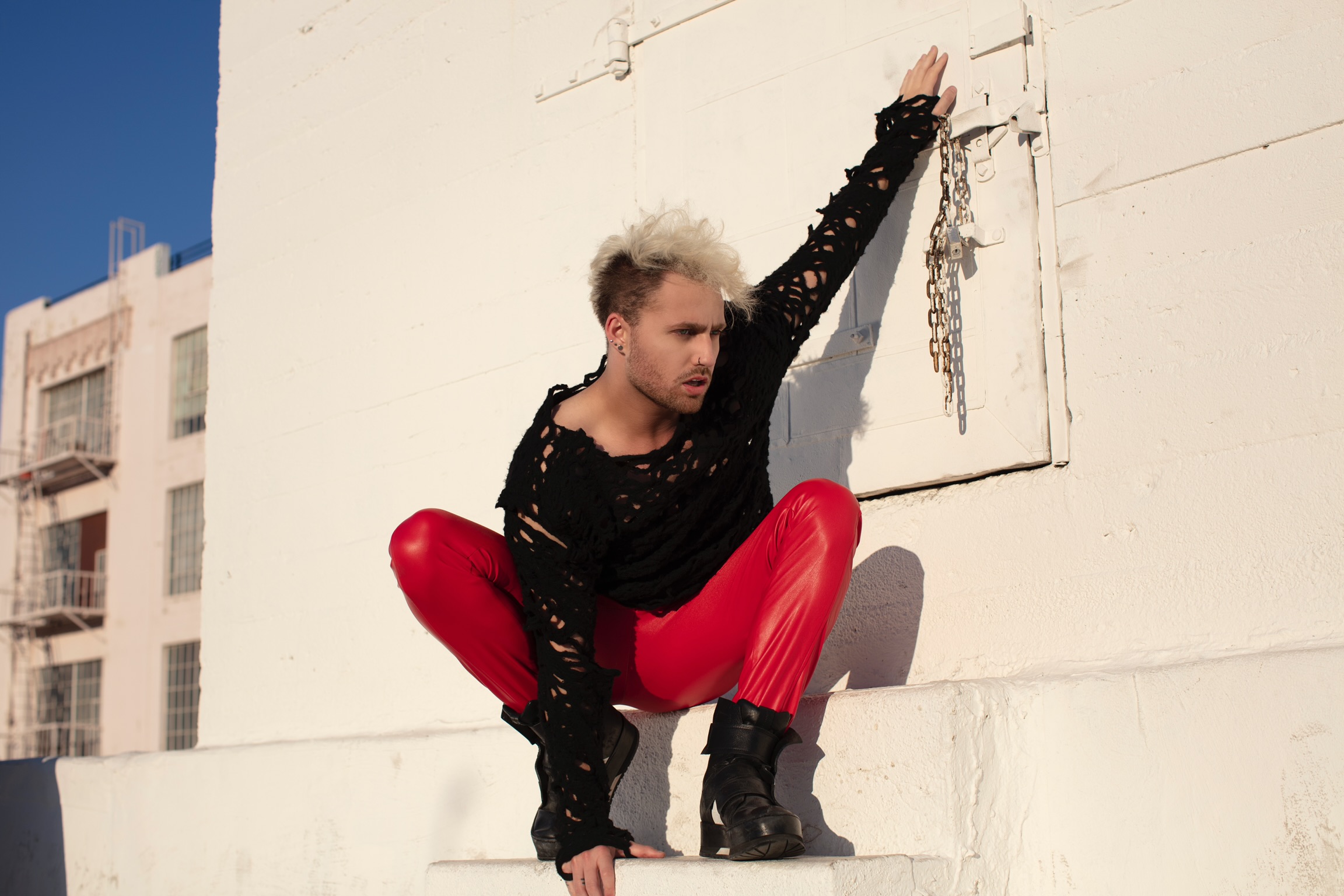 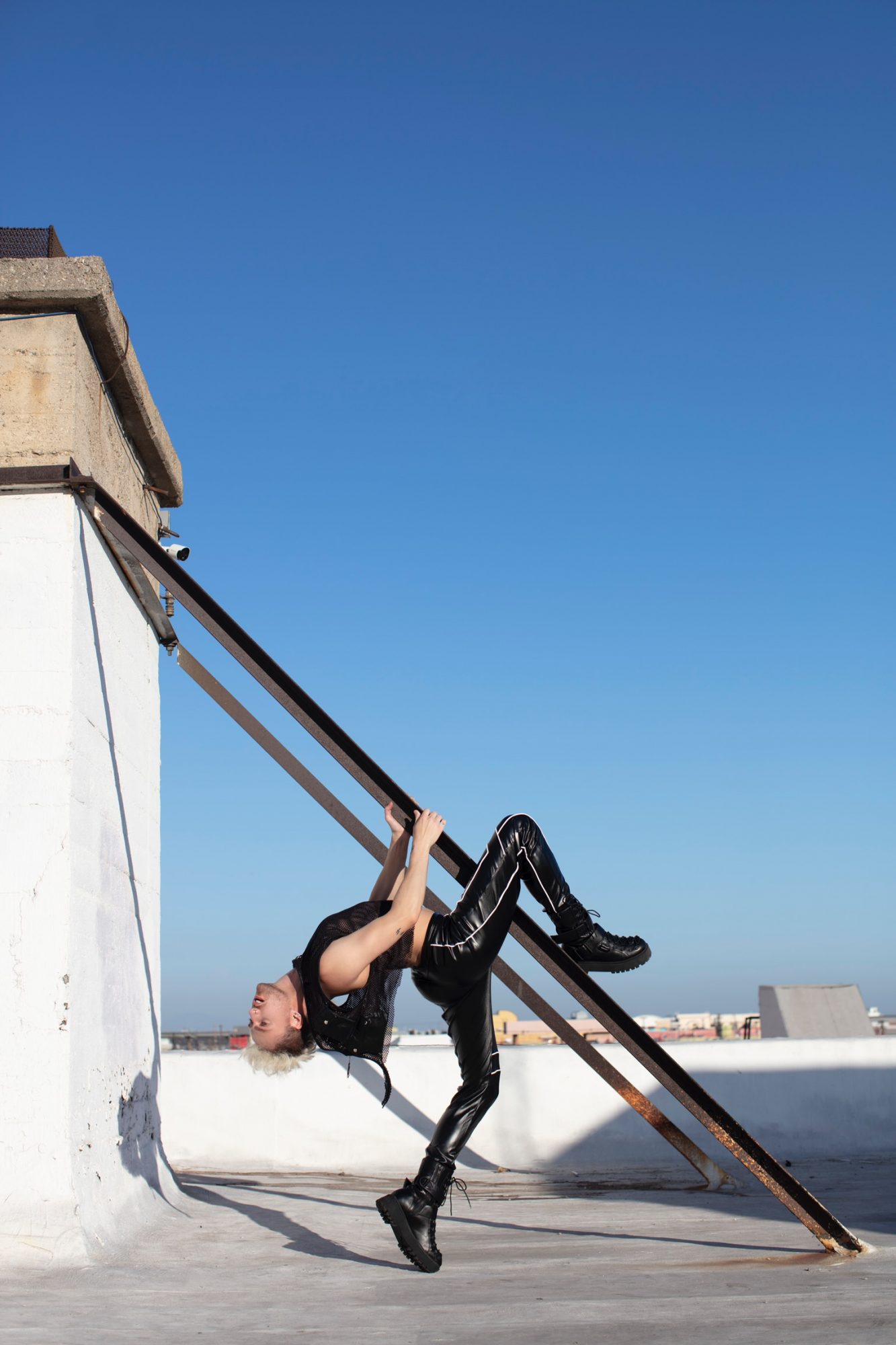 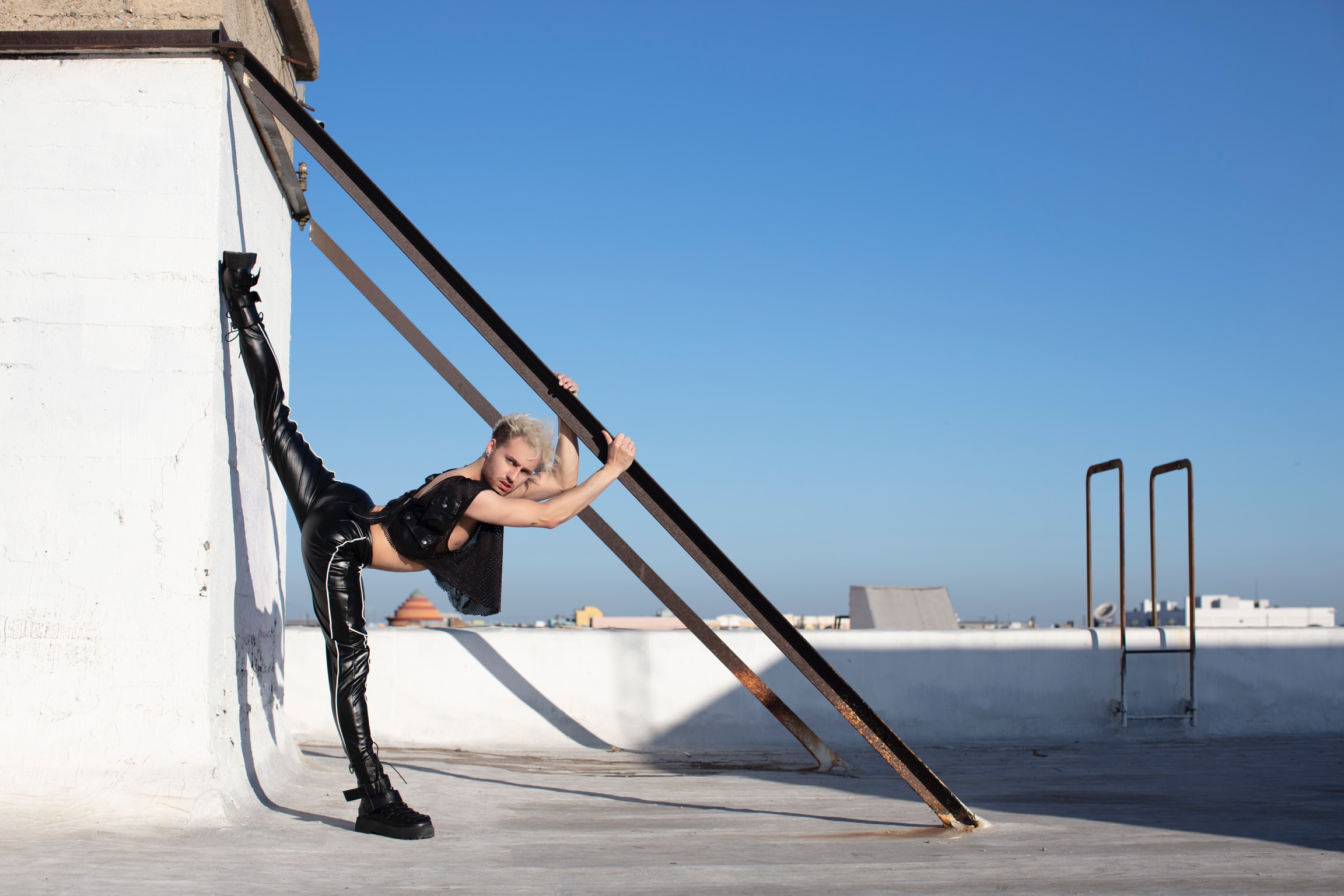 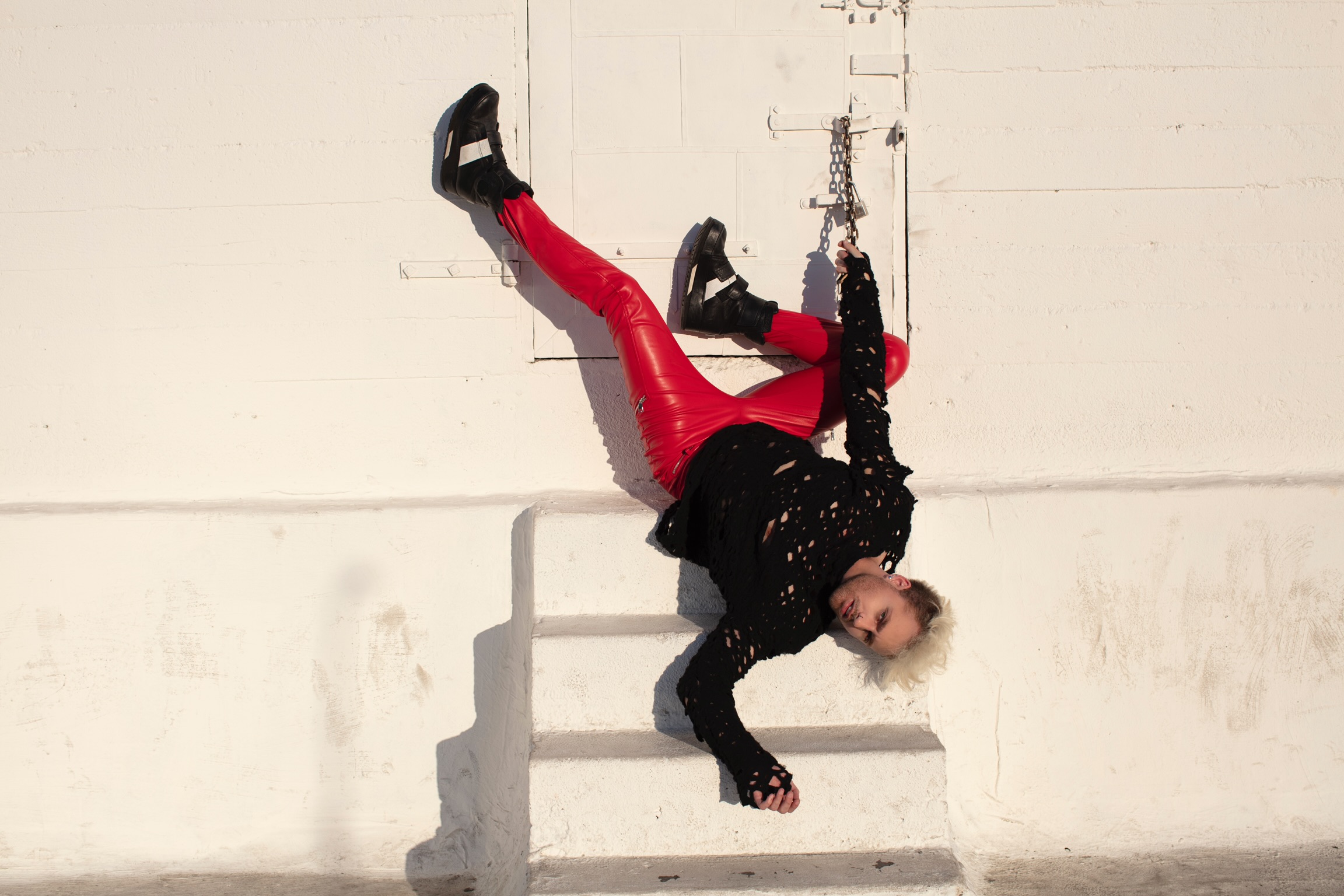 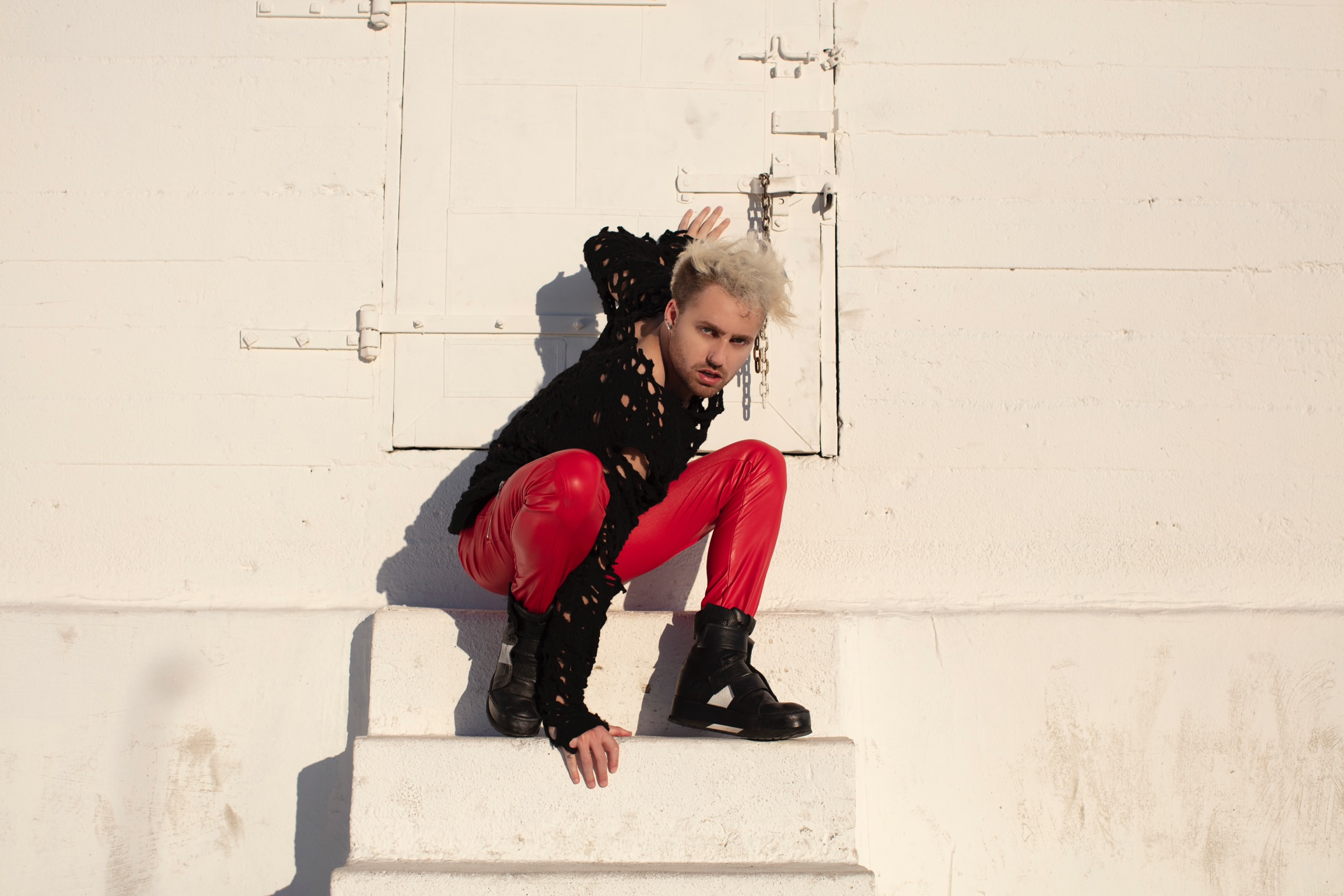