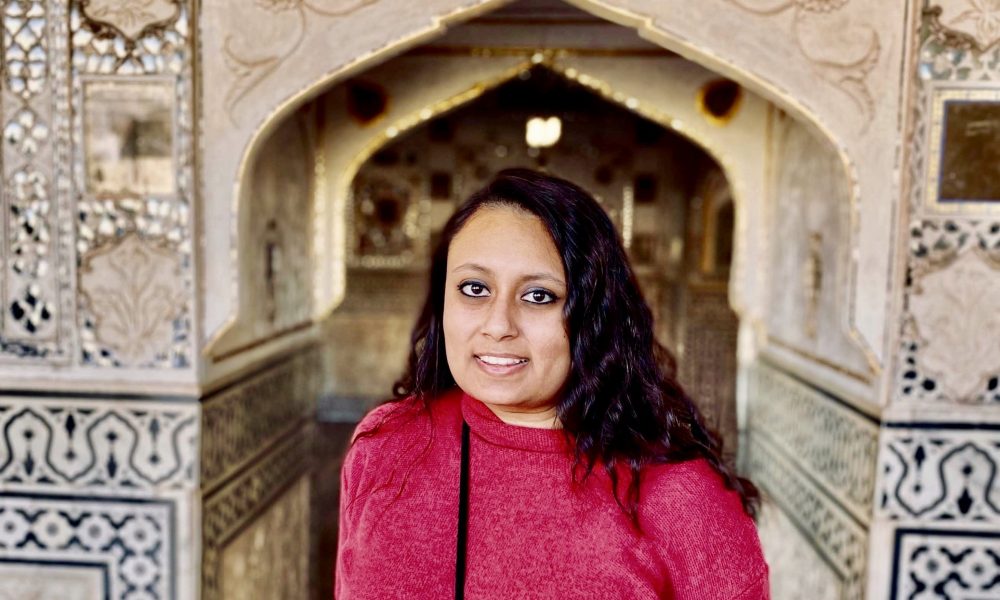 Today we’d like to introduce you to Rika Dharmesh Bhakta.

Rika, can you briefly walk us through your story – how you started and how you got to where you are today.
My mom says that she knew from the time I was five years old that I would grow up to tell stories. By the age of ten, I decided I wanted to be a novelist. I was obsessed with notebooks (I still can’t pass a notebook section in a store without obsessing and realizing I already have so many and can’t afford another…oh, but this one is only $5, maybe?) In high school, I took my first literature and film class. I enjoyed watching movies and television, but I never thought critically about them until this class. I started to appreciate the medium as a means of reaching people emotionally and I knew: this is what I want to do.

I went to college at the University of North Carolina Wilmington and majored in Film Studies. At that point, my passion for film was ambiguous. I didn’t really know much about the inner workings. I just knew that I wanted to make movies. In addition to being creative, I’m also very analytical and methodical. I describe organization as a personality trait as opposed to a skill. A very wise and encouraging professor of mine (shoutout to Shannon Silva!) told me that I should think about combining those skills, maybe I should think about producing. So, I did.

My Film Studies degree gave me the ability to understand the craft and analyze films, but my heart was in narrative production. I could write you a 15-page-paper on the social and political influence of The Godfather (which I did), but I wanted to know how to make The Godfather. I decided to continue my education at Florida State University’s College of Motion Picture Arts, obtaining a Masters in Film Production with a concentration in creative producing and screenwriting. The program gave me the opportunity for more hands on experience as a creative and as a producer, having crafted my own thesis specialization tailored to what I thought I wanted to do with my career.

I moved out here to Los Angeles at the end of 2017 and started my first internship with eOne in television development in January 2018. For a long time, I wanted to be a writer. I thought that was the best path to tell stories. But, my internship at eOne was life-changing (not to be too dramatic.) Working at eOne made me realize what I loved about screenwriting wasn’t the act of writing, it was finding the right way to tell a story through a collaborative process. I loved talking about story and reading books and scripts and talking about their potential as television series. I loved the idea of seeing something through from conception through development and production. I wanted to tell stories, I just didn’t necessarily have to write them.

After leaving eOne, I did what many aspiring creatives in Hollywood do, I went to work at a talent agency. Independent of the pay, it was a very positive experience for me. I had a great boss who was a great mentor. From my interview to the time I left, he was very encouraging and supportive of my pursuit for a job in development. After putting in about a year and a half of agency time, I got my first development assistant job. And that’s where I am now.

I started my new job one week after the stay at home orders were issued. It’s definitely been a strange start, but I am really enjoying my job! I’m finally able to exercise those creative, storytelling muscles. I’m reading a lot and I love it. But, I do really miss the camaraderie in an office environment and hope that we get to go back soon (safely).

Great, so let’s dig a little deeper into the story – has it been an easy path overall and if not, what were the challenges you’ve had to overcome?
Before I dive into hardships, I do want to talk about the best part: my parents. They were always there to make sure I succeeded, they gave me everything they could, in hopes that they could eliminate certain obstacles for me. They supported me both emotionally and financially in pursuit of both of my degrees. They helped me get on my feet in Los Angeles. If there is one thing that I dislike about my career, it is that it has to be 3000 miles from home and from my family. I had a great childhood, filled with love and encouragement. They may have suggested, on a few occasions, going to law school or business school, they are Indian parents after all, but they never pushed me to do anything I didn’t want to do or be anything that I wasn’t. I wouldn’t be where I am without them.

My challenges have mostly been societal. I am a millennial woman of color, and statistically the least favored to succeed, especially in the entertainment industry. I’ve been told that I shouldn’t worry about succeeding in this industry because I am a woman of color. “It’s the right time for you to be here, especially with the push for diversity.” I am a more viable candidate for a position because of my diversity rather than my talent and skills. I’ve also been told that I’m not qualified for a job, only to see a white man with less experience and more connections get the job instead. Our industry is very connections based, which I didn’t have much of coming out here. Each step into a new position has been hard, but each time, I’ve found the right people who believe in me and my goals.

We’d love to hear more about your work and what you are currently focused on. What else should we know?
My goal as a creator is to bring more diverse and underrepresented voices to our television and movie screens, specifically more South-Asian American representation. Even though the industry is moving towards more representation, there is still something missing. More often than not, the Indian culture is represented stereotypically. I want to create something that sheds light on more facets of the culture. I want to create something that young people of color raised in America can relate to. It took time to discover my place in society. I didn’t always understand that it was okay to love being both Indian and American.

In high school, among the six hundred students in my grade, you could count the number of South Asians on one hand. A white girl once said to me: “You know, you’re like an honorary white girl.” Growing up in the South, I was surrounded by mostly white people. I was like them, but for those that weren’t in my close inner circle, it’s like the Indian part of me didn’t matter; they only considered the American part of me (which they equated to whiteness). Why did I have to be one or the other? Why couldn’t I just be me? I realized they were projecting onto me the only idea of Indian-ness they knew.

Growing up, there was a way that the media portrayed white people and there was a way that it portrayed Indian people. The white people were “normal.” They talked like me, dressed like me, they grew up like me, had the same teenage girl problems. The Indian’s were “other.” Immigrants. Heavy accents. Forced marriages. Doctors. Gas station owners. I’m not saying that those aren’t valid experiences, they were just not my experiences. Representation was not nearly as nuanced and multifaceted as the people that I knew that I grew up around. For the most part, I couldn’t relate to characters on screen. I remember rewatching The Namesake in college and finally realizing what had been missing from my viewing experiences, a true authentic representation of my Brown experience.

I guess, in a different way, this also goes back to the question about challenges. We are in an industry where representation can sometimes be an obstacle to getting your story told. And I want to work to change that. For example, in a screenwriting course, I wrote a pilot about an average Indian-American family. My professor suggested that I add a big set piece into the pilot episode. “Someone needs to get married and we need to see the color and the extravagance of the Indian culture.” I personally believe that Indians have the best weddings, but they aren’t an anchor in my life. They’re also used as plot devices in a lot of Indian-American content. I told him that I didn’t want to focus on the stereotypical aspects of my culture. I was writing a Parenthood-esque family drama and wanted to show Indian millennials just being average Americans…who just happened to also be Indian. The response: “No one wants to watch Indian people be normal.”

The media tends to put minorities in a box and points out what makes them different, but I want to see more stories that showcase shared experiences. Inclusivity doesn’t always mean having to incorporate a character’s ethnic background into a story. An Indian character being smart in school doesn’t have to be reduced to the Asian intelligence stereotype. A Brown character being in the FBI doesn’t have to be a mole for a terrorist organization. An accent doesn’t always make a South Asian character more authentic. If you don’t see the Indian in me, then you don’t see me. But, my South Asian background isn’t the only thing that defines me as a human being. And most importantly, my Indian-ness doesn’t have to be held against a white standard to be discussed.

We all want to be loved, we all want success in our careers, we all want happiness. We aren’t just the supporting characters, the sheltered best friends, the socially awkward scientists. We can be the heroes, the action stars, the strong female lead. We have our own stories that are equally important to tell.

How do you think the industry will change over the next decade?
I think we are starting to bring more representation to the screen, but we still have a long way to go. We are still stuck in this mindset that diversity is a fad, a hot topic, a trend. It’s not some box that you can check off your list. Diversity just is and it is very complex. We need to be more conscious and inclusive of stories of all backgrounds.

We are moving in the right direction. To All The Boys I’ve Loved Before, One Day at a Time and Never Have I Ever are three notable recent examples of shows and movies that have done well among audiences of different backgrounds. There’s no way to capture the entire minority experience in one character or one story, but these are steps. And, if these steps are successful, it opens doors for more creatives to tell their own stories, their experiences, in their own way. 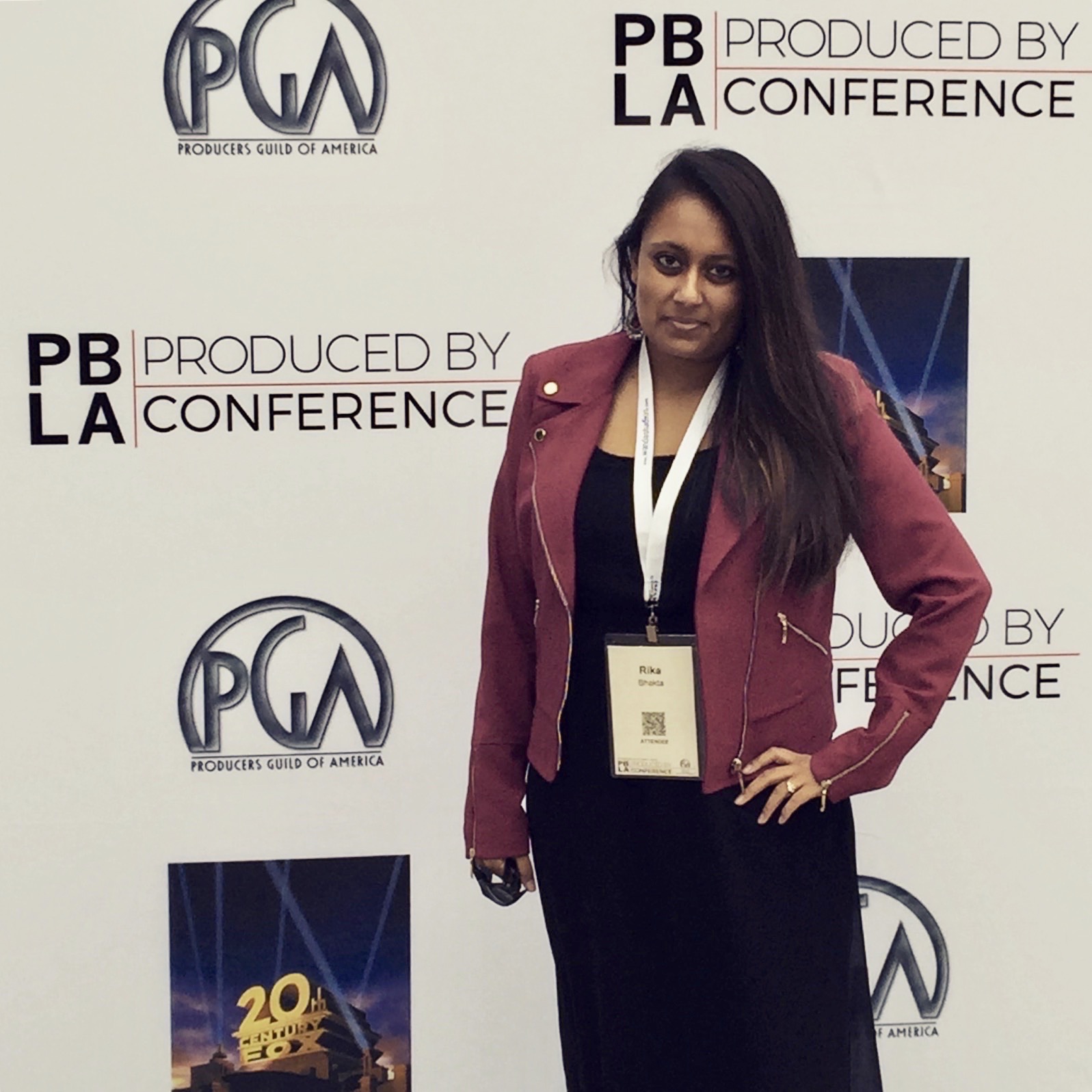 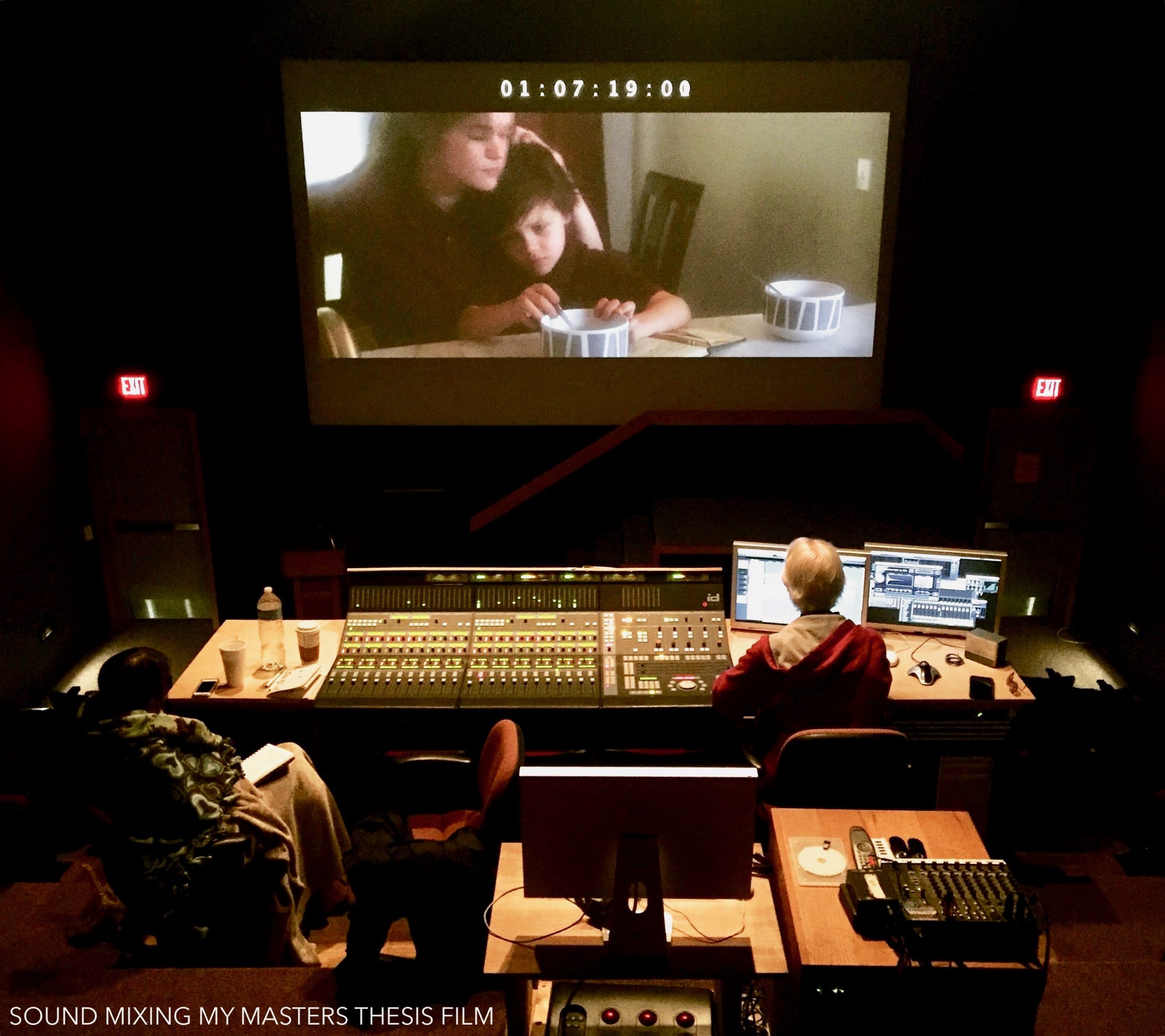 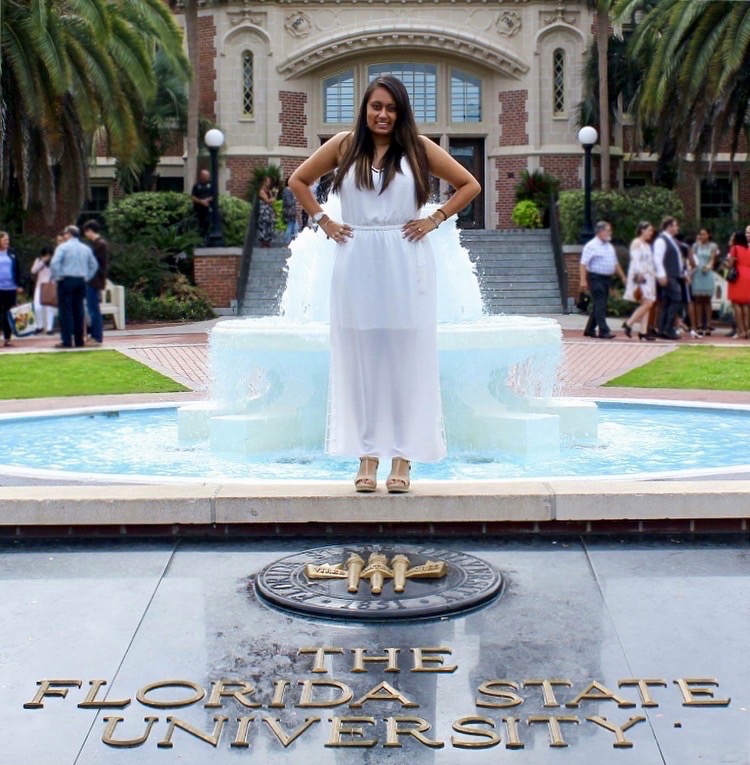 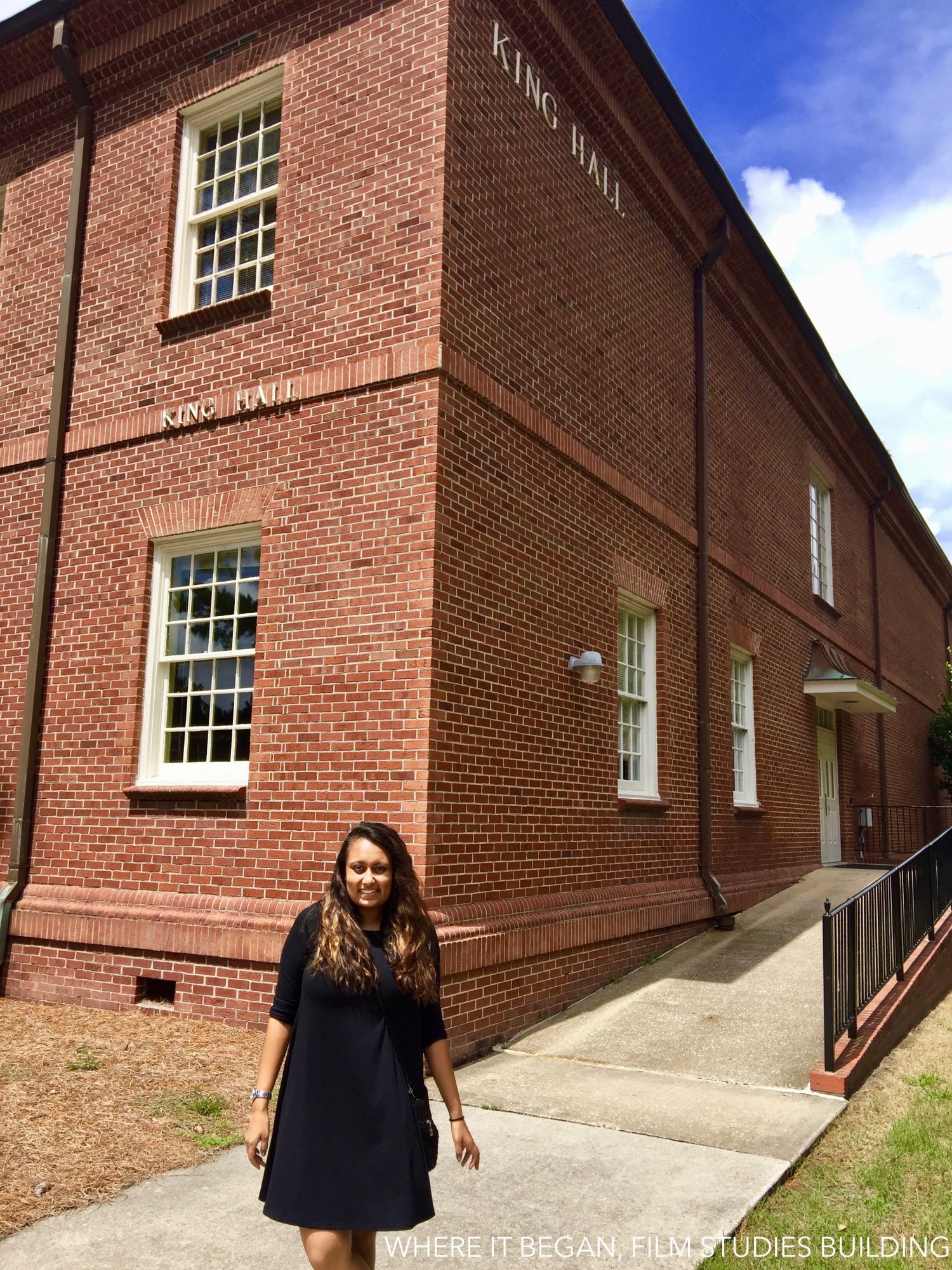 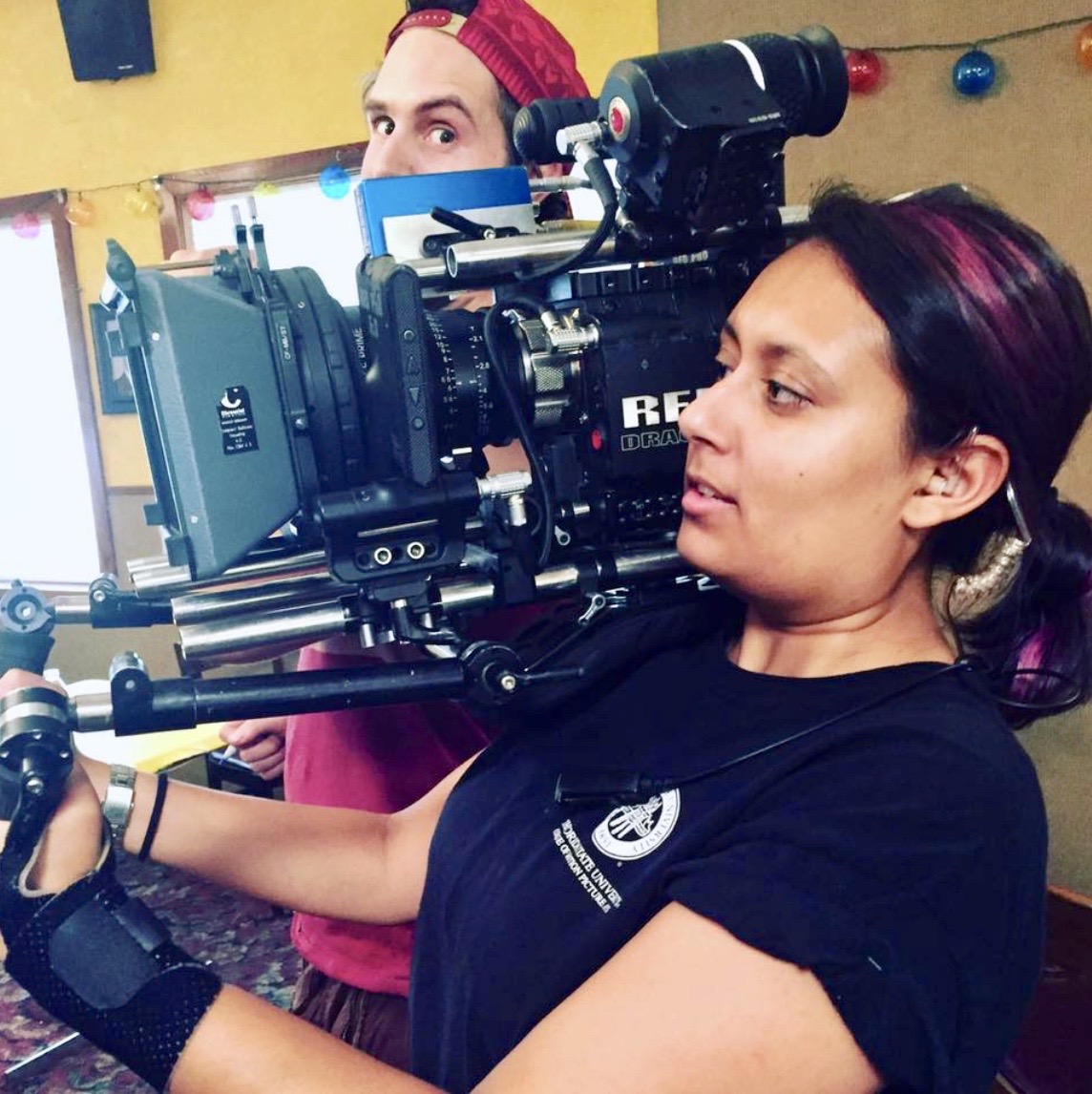 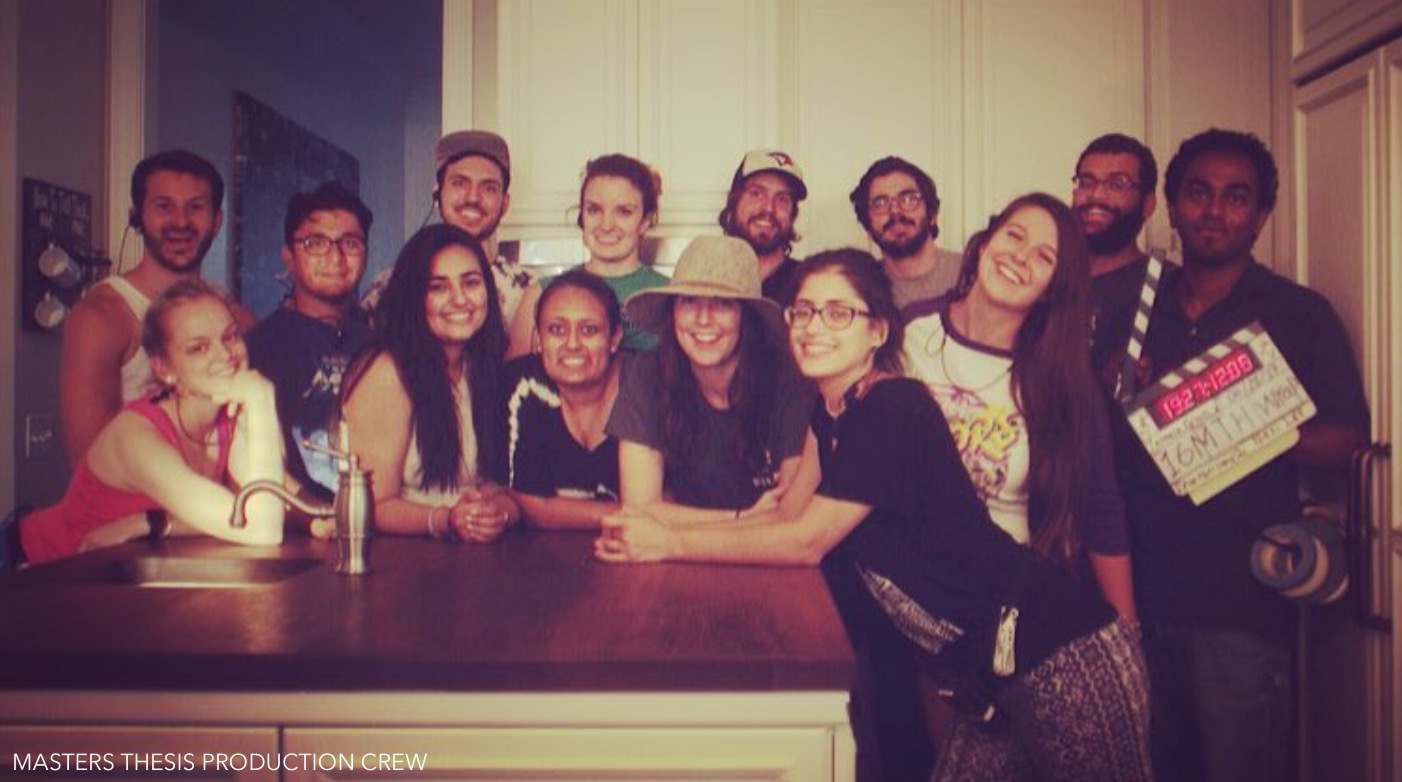