Today we’d like to introduce you to Richardson Chery.

Richardson, let’s start with your story. We’d love to hear how you got started and how the journey has been so far.
I was born and raised in Port-au-prince Haiti, an experience that has shaped my optimism and joie de vivre. Growing up wasn’t easy; like most immigrants, my parents made the sacrifice of leaving me behind in Haiti at the young age of five as they ventured off to the USA in search of a better life for our family.

My first artistic experience came about when I was ten years old and watched a live production of Cinderella. I was so moved by the concept of Rags to Riches that after seeing the play, I met with the dean, Jean Narcisse, and expressed to him my interest in re-creating a French version of Cinderella. Jean was willing to give me the opportunity to create, produce, and direct my version of Cinderella. Without a script or a budget, I sat down and rewrote the story to the best of my abilities. I gathered my peers and instructed them to play all of the necessary parts. In the end, the play was a success! That experience alone proved to me at a very young age that I could imagine, write, and execute. I firmly believe that I was born to direct and produce. At 14-years old, I moved to Miami, Florida. I was a member of the performing arts magnet program for four years and graduated from Michael M. Krop High School. Immediately after graduating, I drove from Miami to Los Angeles, CA to pursue my dream to direct and produce films. Upon arriving in Hollywood, I auditioned and was quickly accepted into the prestigious American Academy of Dramatic Arts. Granted a scholarship. I completed two years of intensive program training in Acting, Dance, Fencing, Voice, Movement, and Singing. After successfully completing my studies, I was invited to be a member of the Academy’s professional performing company where I was featured in productions such as “Once A Catholic”, “The Laramie Project”, and “A Midsummer Night’s Dream”. I also obtained my SAG eligibility and joined the union. Since I graduated from the academy, I’ve appeared in “Grey’s Anatomy; “Prime suspects”; and “Claws” on TNT to list a few.

All of the experiences above moved and shaped me to get together with eight friends and form www.projectelev8.com which is a nonprofit organization focusing on reshaping and rebuilding ”new Concordia school” in Haiti we have raised close to $40,000 which has been used to rebuild all the school’s restrooms, providing scholarships for top students of all classes from pre-k to high school. I also believe in combining my artistic endeavors with my humanitarian endeavors, which is why in December I will be filming a short called (tifi)in Haiti which I am a producer on, and hiring students from “New Concordia school” as the main actors. My plan is to turn “New Concordia school” into the Harvard of Haiti. Another cool venture of mine has been Mounlakyla which is a Humanitarian based organization that promotes the Haitian community and Haitian stories, experiences and hardships in Los Angeles. Rest assure anything and everything from Haitian food to Music we have you covered, with MounlakayLa if you’re Haitian or a good-hearted human being in Los Angeles you do not have to be alone. WE GOT YOU! I have used Mounlakayla to also partner up with Project elev8 to raise money for “New Concordia school” and also raised money for “Travel and Give” both 501-c3 nonprofits.

We’re always bombarded by how great it is to pursue your passion, etc – but we’ve spoken with enough people to know that it’s not always easy. Overall, would you say things have been easy for you?
My obstacles along the way has just been raising money and the collection of materials that we need for the school. Getting our voices heard on a larger scale, also out of the eight of our friends Project elev8 only consists of two of us now, but we are going strong and will never stop. Sometimes traveling to Haiti can be difficult especially now due to COVID-19 projectelev8 is scheduled to travel to Haiti mid to late October to provide the kids with PPE’s. I love these kids so much that it fills my heart with joy, I wholeheartedly believe that these endeavors are such that I will continue to do for the rest of my life.

We’d love to hear more about your organization.
Project Elev8 is a nonprofit, 501(c)(3) organization that was founded in 2016 by Lu Louis, Richardson Chery and a diverse group of friends with a unified education for the people of Haiti. After the passing of his father, Doris Jean Louis, Lu felt compelled to help his mother manage the two schools his family had founded in his native Haiti. In just two years, Project Elev8 has raised over $30,000 for Port-Au-Prince. Our core team members are diverse, coming from Haiti and various regions of the United States. The team met in Los Angeles prior to the 2010 earthquake that devastated Port-au-Prince and the surrounding areas. In the midst of making their own dreams a reality, they also decided to answer the call to be of service to the Haitian youth.

What sets us apart from other companies is that every dollar you donate goes towards the students. We also take time out of our schedule to make sure that happens without any compensation.

So, what’s next? Any big plans?
Our next big project is to rebuild the school’s clinic and provide insurance for all kids attending “New Concordia School” and eventually move into the surrounding community and provide them with basic clinical health and built an insurance pool that they pay into which will ensure that the clinic becomes self-sustaining. Of course, with me at the helm of Mounlakayla, we will partner up and make this dream a reality. 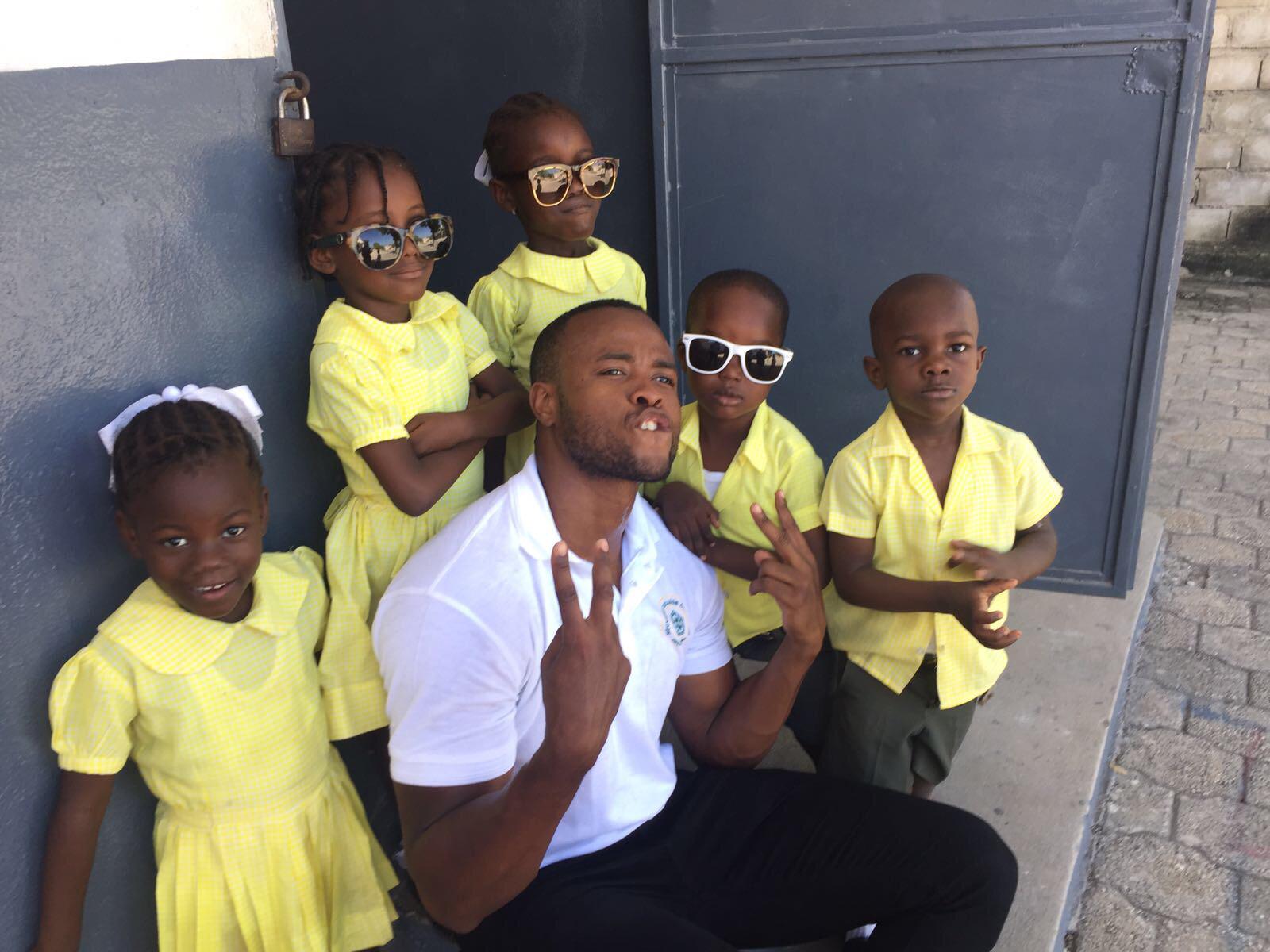 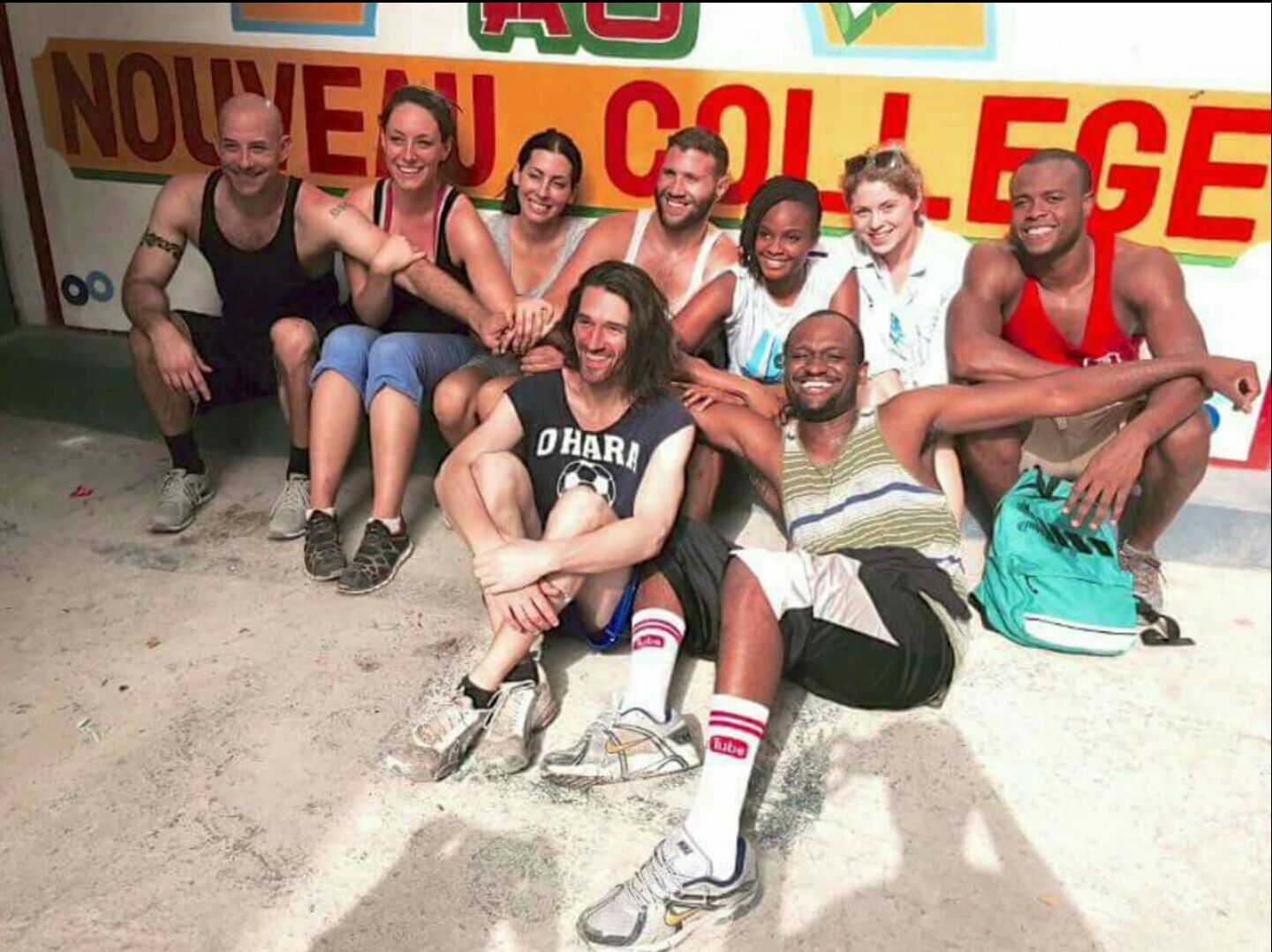 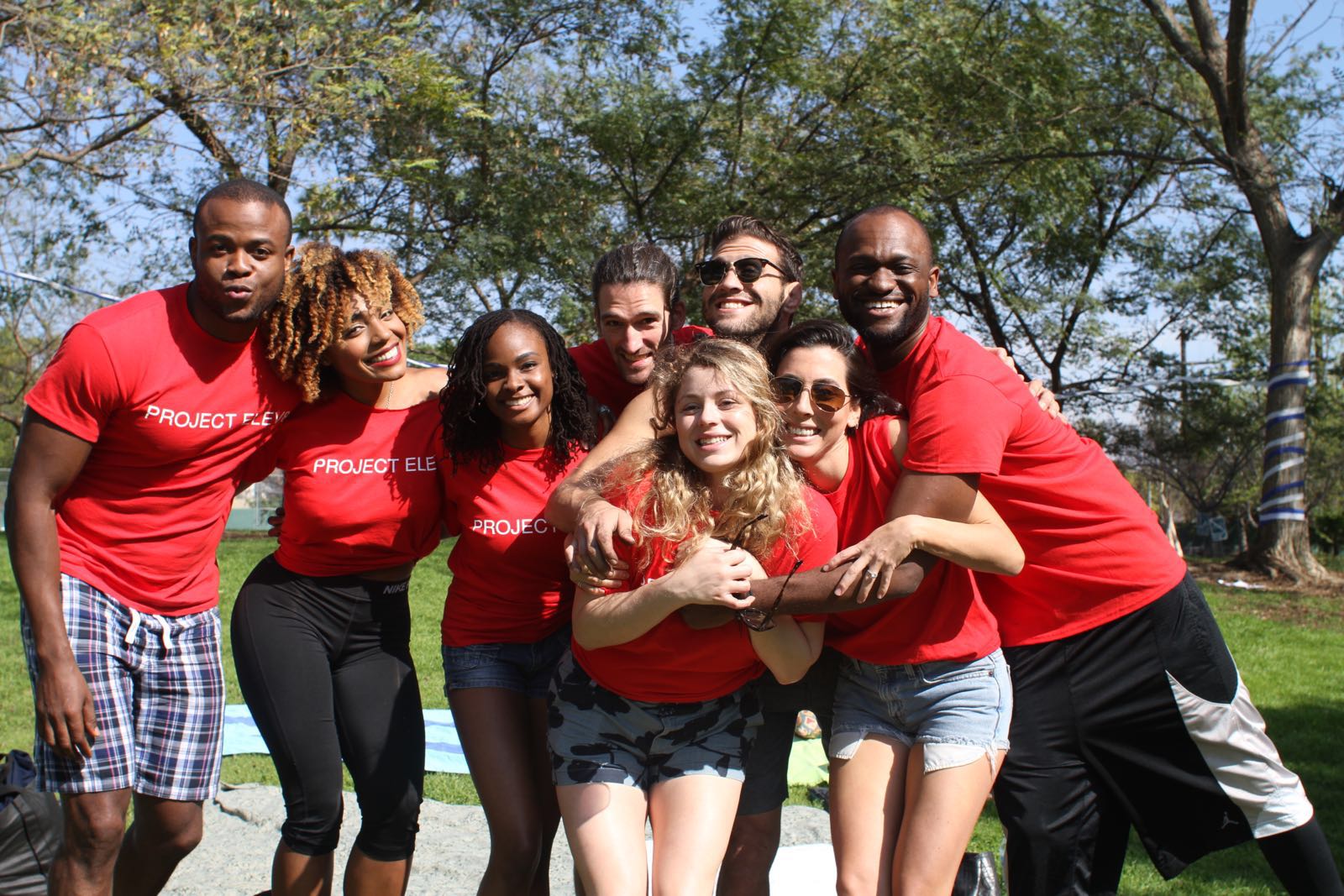