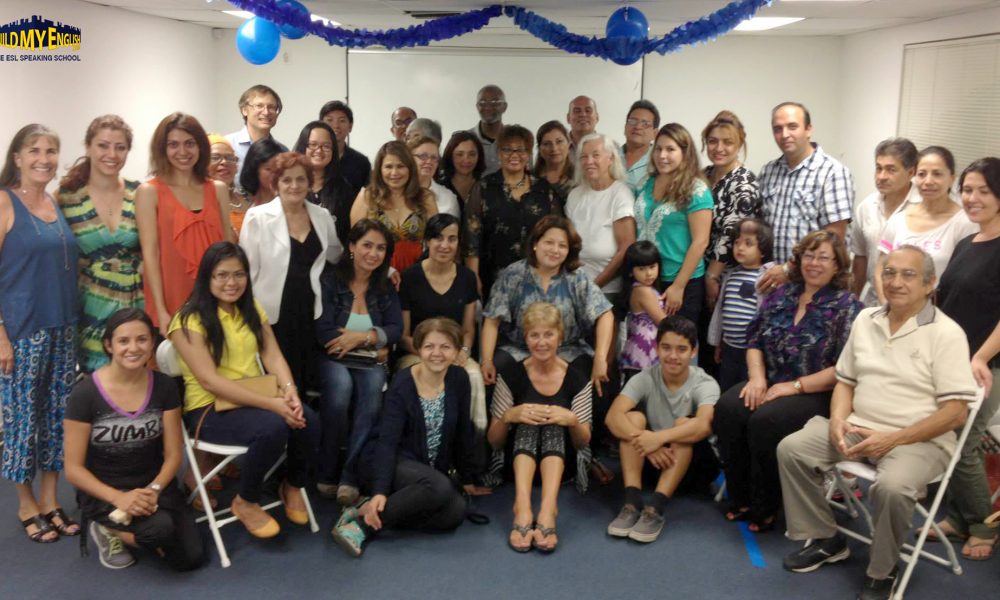 Today we’d like to introduce you to Richard Rose.

Build My English was founded in August, 2012, by Richard. He was an ESL teacher at West Valley Occupational Center (WVOC) and other adult schools in the Los Angeles Unified School District. He saw that these schools focused on grammar and that the classes were so large that students didn’t get enough personal attention.

Grammar is important. It gives students the structure they need to learn. However, children don’t learn English by taking grammar classes. They learn by speaking. Adults hear them speak and provide them with feedback when necessary. That is how children improve.

When schools focus on grammar, there are two main problems. First, students forget it very quickly. Second, they aren’t able to apply the grammar that they remember in real conversations. Learning grammar makes students feel like they are learning English, but it doesn’t necessarily help them speak better.
​
ESL students at adult schools in Los Angeles told Richard that they wanted to improve their speaking, not just their grammar. So, he started to give them time to speak with other students in his large classes. They liked it!

But there was another problem. There were so many students in his classes that he couldn’t help each person very much. They spoke, but he could only listen to and correct a small number of people during each class session. He found that there was no way to give individual attention to everyone in classes that usually had between 30 and 50 people in them.

He realized that the best way to help people become better speakers was to be able to listen to what they said. When they said something incorrectly, he would ask questions to help them figure out how to say it correctly.

This system works! It is not magic. Improvement does not happen instantly. But with excellent teachers whom students respect, they learn English much faster.
​
As a result of his teaching in Woodland Hills, Van Nuys, and Downtown Los Angeles, he decided to start a school that offered English classes in small groups. He wanted to give students a chance to speak where teachers could listen and provide feedback to each student. He wanted to help ESL students to improve their speaking.
​
Richard’s school, Build My English, focuses on speaking. Even in ESL 1, students learn using “conversational grammar.” They learn grammar by applying the grammar they see in model sentences to new situations. The teacher listens to each conversation and asks questions and provides feedback when students make mistakes.
​
In addition to getting small classes at Build My English, students also pay very low prices. Most schools with small classes cost much more than twice as much as classes at Build My English. And the classes at Build My English are often half the size of those other places. Most of their classes have from three to ten students in them! Most classes at other private schools have from eight to twenty students in them.

In addition, other private schools spend a lot of time testing grammar ability. This is because the large majority of their students are here on a student visa, and the federal government requires them to make measurable progress. At Build My English, they focus on speaking, not on grammar tests. They are here for people who live in the community, not visa students. Classes are so small that teachers can easily see how well students are doing without giving written grammar tests.
​
So, you might be wondering, “How good are the teachers at Build My English?” Most teachers have at least five years of experience teaching ESL to adults. However, they are hired because they are excellent, not just experienced. Their goal is to get students to speak as much as possible and provide feedback as needed. Students learn much faster using this system than they do with a traditional grammar-based approach.

They just celebrated their five year anniversary in August. They get hundreds of new students a year, in addition to their existing and returning students. Many of their new students hear about them from their past customers. People like their method, and it works!

Has it been a smooth road?
We started out offering four weeks of classes (32 hours) for $74.50. That’s about $2.50 per classroom hour. We did it so that we would get a lot of students and they would tell their friends. But the prices were so low that we couldn’t make it up on volume and lost a lot of money. We’ve raised prices twice a year since then. Each time our revenue has gone up. Our weekday classes now cost between $6.50 and $8 per classroom hour and it’s still not enough for us to make money. The main reason we can survive is because I have been willing to work long hours at low pay (now about $2 per hour). Most of the private schools in the industry charge at least $18 per classroom hour.

We’d love to hear more about your business.
We call ourselves “The ESL Speaking School.” We get students to speak as much as possible in our classes. In most schools, they do a lot of grammar. Much of their classroom time consists of doing grammar exercises and reviewing the answers. In our classes, we use “conversational grammar.” We engage students in short conversations where they use the grammar. When they make a mistake, the teacher verbally helps them use that grammar correctly. We don’t give written tests like practically every other school does because they focus on the wrong things and take a lot of time. We want to focus totally on speaking in the precious class time that we have.

It’s just like learning to play the piano or soccer. People have to practice and make mistakes in order to get better at it. Then they get feedback. That’s exactly what we do here. We provide high-quality feedback to help our students learn. That personal feedback makes a huge difference. It speeds up the learning process greatly.

Is our city a good place to do what you do?
Our location is excellent. We are close to Hispanic, Persian, and Russian neighborhoods.

The outlook for the entire industry is questionable. With a President in office who wants to deport as many people without documentation as possible, and who wants to cut the number of legal immigrants coming in by 50%, there are many challenges ahead. In addition to a significant drop in potential customers, a large decrease in immigrants will cause a certain decline in economic growth. This creates a snowball effect on unemployment, leading to potential customers not being able to afford English services because they don’t have a job or who feel that their prospects for the future in the United States aren’t bright. When you add to this the potential for major war with North Korea or Iran, the future for the economy and our industry doesn’t look good.

I would guess that practically every business in the United States whose customers are primarily international tourists or immigrants have suffered a loss in business this year.