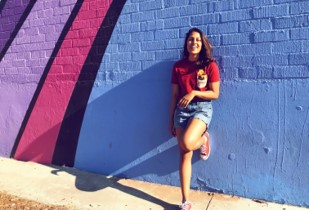 Today we’d like to introduce you to Ria Patel.

So, before we jump into specific questions about the business, why don’t you give us some details about you and your story.
My love of acting stems from my mother. Even a day before I was due, she went to see a movie and the next day I sprung into the world! Growing up, my mum and I watched so many movies together. I didn’t know that I wanted to be an actress and neither did I have a defining moment or did I watch a particular performance that made me want to be an actress. It just slowly happened.

I started dancing first and that gave me the confidence to act. I simply did it because I loved it and it made me happy. I had no ambition to do it professionally.

I was finishing up high school in Australia, and my mum suggested the idea to apply for acting schools in the US. And I guess it was a meant to be “thing” because I got accepted into New York Film Academy. I pursued a degree in Acting. And from there I’ve been doing what I love. I love being on set collaborating with creative minds.

We’re always bombarded by how great it is to pursue your passion, etc – but we’ve spoken with enough people to know that it’s not always easy. Overall, would you say things have been easy for you?
Not at all! But what is life without bruises and bumps. In fact, I think bruises are really cool, the purple and blue hue on my knees!

One of the struggles I had was auditioning. I absolutely hated it. It was daunting. Some were bad and some were terrible to the point I would come home and cry about it. I was even having trouble booking student films! But with time, it got better. There’s no easy way, you just have to do it and keep doing it. I wasn’t booking much in the beginning.

I think it was important that I changed my perspective. Auditions are now an opportunity to act. I stopped putting pressure on “booking” the job and just having fun. That’s when I started booking work. Funny how that works right? The moment you let go and just be, the Universe sends you some magic.

Another struggle I had was my Aussie accent. I was afraid to walk in an audition with my accent. I thought they may not want to book me because of it. It’s a little bit of a shocker to come across an Aussie Indian in The States. Kind of a rare find. Some auditions I would walk in with an American accent. But again it was time to change perspective! Instead of thinking they will reject me, it was time to just own who I was.

I walked in with embracing my unique self. I even booked a commercial with my Aussie accent and my Indian look! I will admit I screwed up my initial audition but for some reason, I had a callback and booked the job. You really don’t know what casting is looking for. And if you’re confused just ask, don’t be afraid. I now ask if they would like an American accent, sometimes they say yes, sometimes they say “whatever is comfortable”.

Getting branded is annoying at times too. I worked on a commercial for the Semi Conductor industry, I was playing a scientist. The director loved my Aussie accent but the client wanted me to have an Indian accent. Which I was absolutely ok with doing. Don’t get me wrong, that was an amazing experience, the cast and crew were ever so wonderful but sometimes it was tiring being the typical “smart Indian girl”. So I started writing my own work. I wasn’t necessarily aiming to get the work “out/seen”, it was just for me as an actress to feel creatively fulfilled. I’m sure you have all heard it but it truly is important to create your own work. You don’t have to submit it to festivals or try to sell it to a production company, unless you want to. But most importantly, do it because you want to for your artistic fulfilment. And even if I was an Indian scientist, I would be the best scientist you have ever seen!

In this industry people will always have an opinion about you; technically are the product, regardless try not taking it to heart. If someone says you’re the “best friend” or you should “stick to comedy”, it’s just their opinion. I’m not saying screw everyone’s advice, just find that balance of listening and figuring out what helps you. Do what your instincts tell you and keep going. I can’t stress this enough but keep going!!

You just never know what’s around the corner. So while you wait, just enjoy the ride. Keep working on your craft. It really is a roller coaster. But you just have to keep going.

So, as you know, we’re impressed with Ria Patel – tell our readers more, for example, what you’re most proud of and what sets you apart from others.
Some of the work that I’m really proud to be a part of was a Gujarati Web-series, Varta re Varta, where I played the lead in. I was a Gujarati girl pursuing acting in LA and coming to terms with my sexuality. I got to work with an amazing award-winning director, Jay Parikh and a great cast and crew. I was very proud of the message of the series. It wasn’t about accepting your sexuality but accepting who you are as a person.

Recently a short film I acted and choreographed for called “Two Paper Nightingales” was also a wonderful opportunity. The director, Kaylin George showed three different cultures and portrayed to the audience that no matter how different we are, that is what unites us. There is unity in our diversity. I’m very happy to say even before the premier it won two awards at a Japanese Film Festival.

I also did a music video a few years back “The Way I Are” where I was a featured dancer for Bebe Rexha. She was entering four different dance worlds and in the end, we all come together and dance together. Again another great message of unity through diversity. This was a gig that has always stuck with me. It was one of my very first few gigs and learned so much from it. Working with such talented and dedicated artists.

So, what’s next? Any big plans?
Currently, I am working on my own passion project. It’s six stories of different woman and their period cycle. I am wanting to create this project to show the positive aspects of a woman’s period. Something that empowers us, rather than something that just makes us “moody and crave chocolate”. There is so much more to this than that. It’s meant to be a comedy and to give the audience a new perspective about the cycle and to hopefully empower women.

I am also finishing up post-production on a short film I wrote, acted and produced. It’s a sweet and funny story about an Indian girl who is obsessed with fries but has to marry someone who follows Jainism (they practice non-violence, and a part of that practice, they don’t eat root vegetables, including potatoes).

She now has to decide if she is willing to give up her undying love for fries for a marriage. It definitely feels like a silly thing. My intention is to choose something simple and question the audience, are you willing to give up who you are for someone else? A lot of times in my culture, women have to give up a lot when they marry. My grandmas, aunts and my mum gave up their family to live with a new one and adapt to new customs. So this short is just trying to shed some light on that.

I have a scripted podcast and some extension episodes for Varta re Varta I am shooting that are coming up. I am very blessed that work always comes my way somehow. If not, then I am always creating my own content. 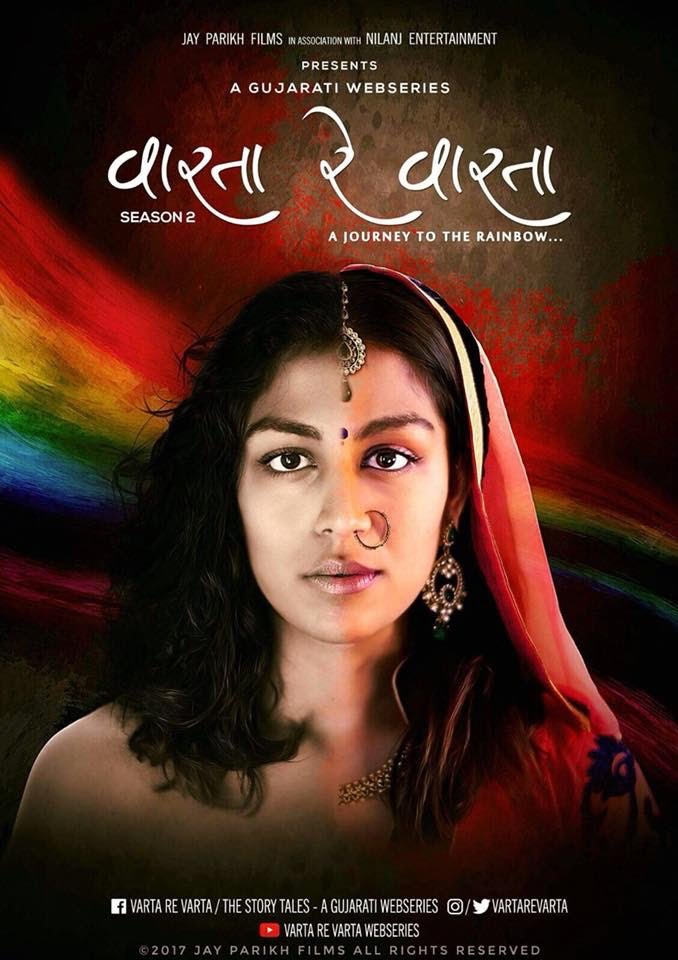 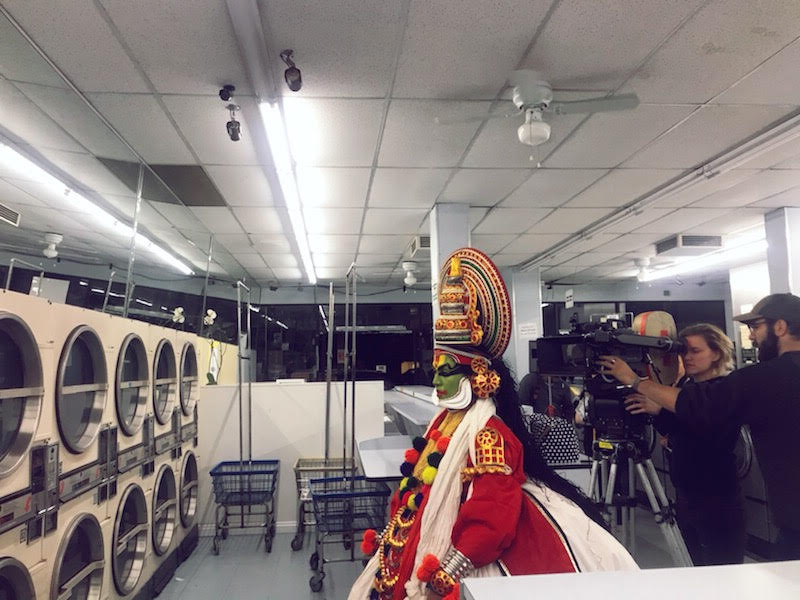 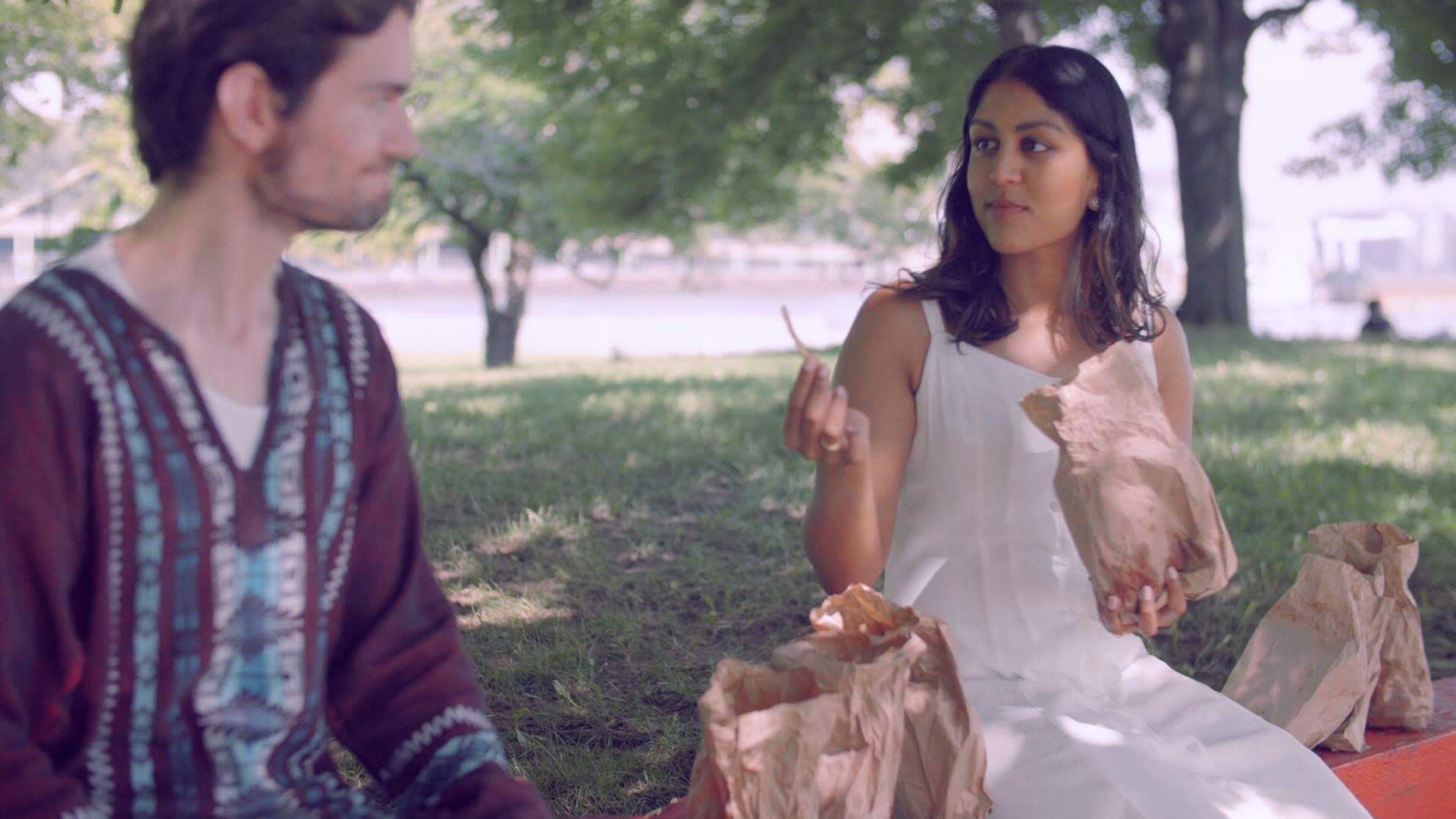 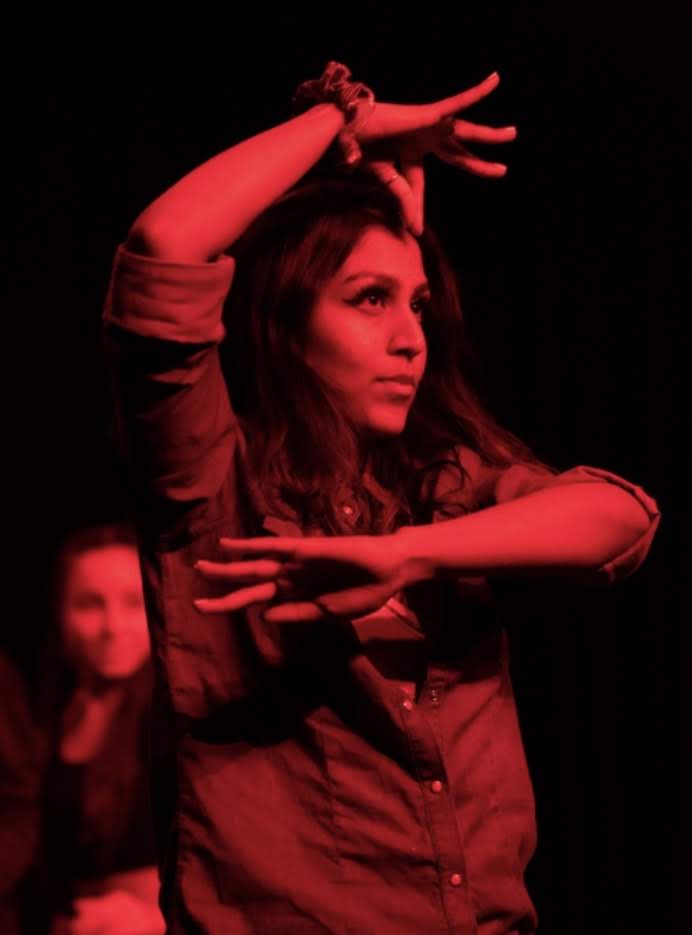 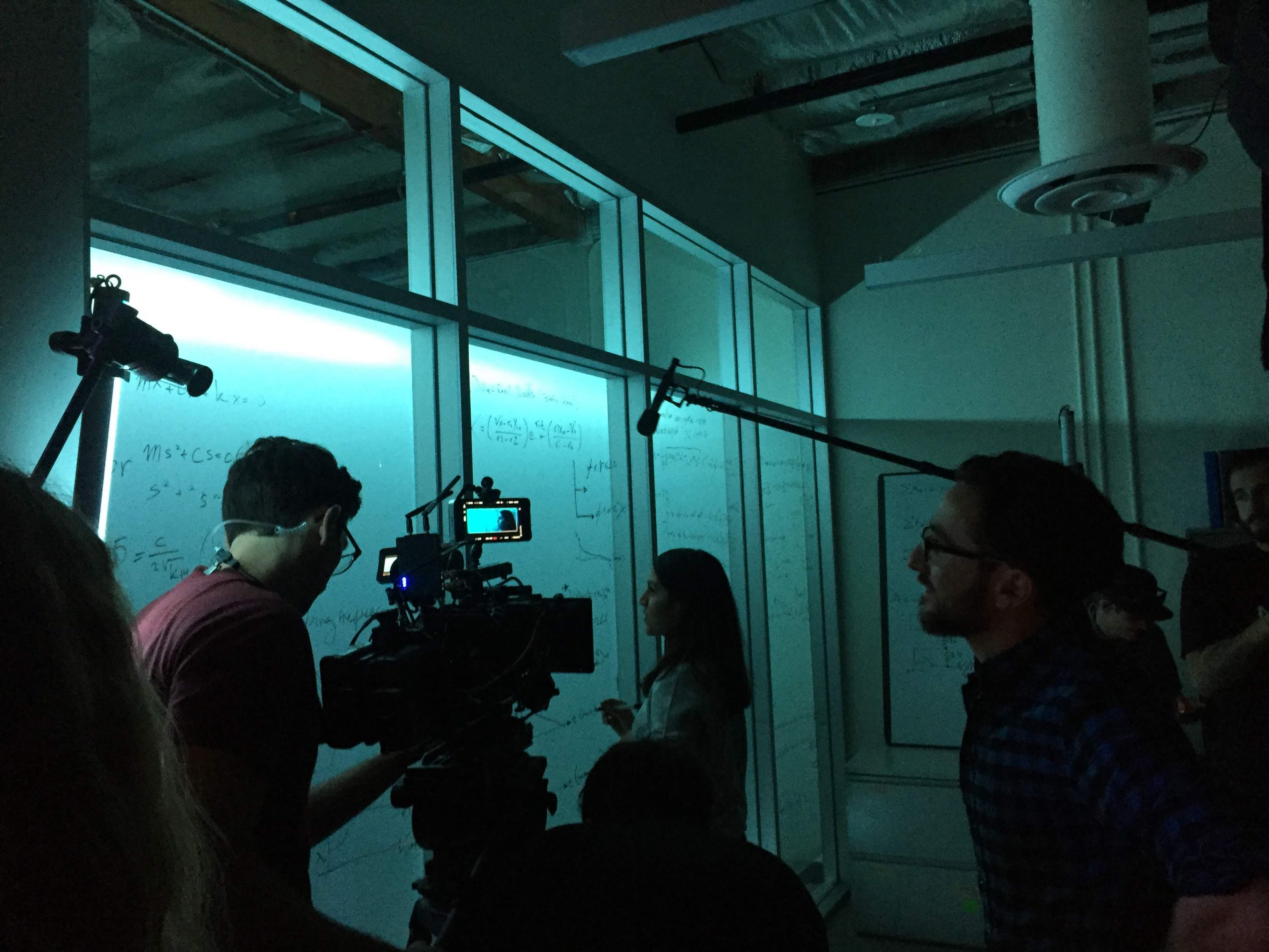 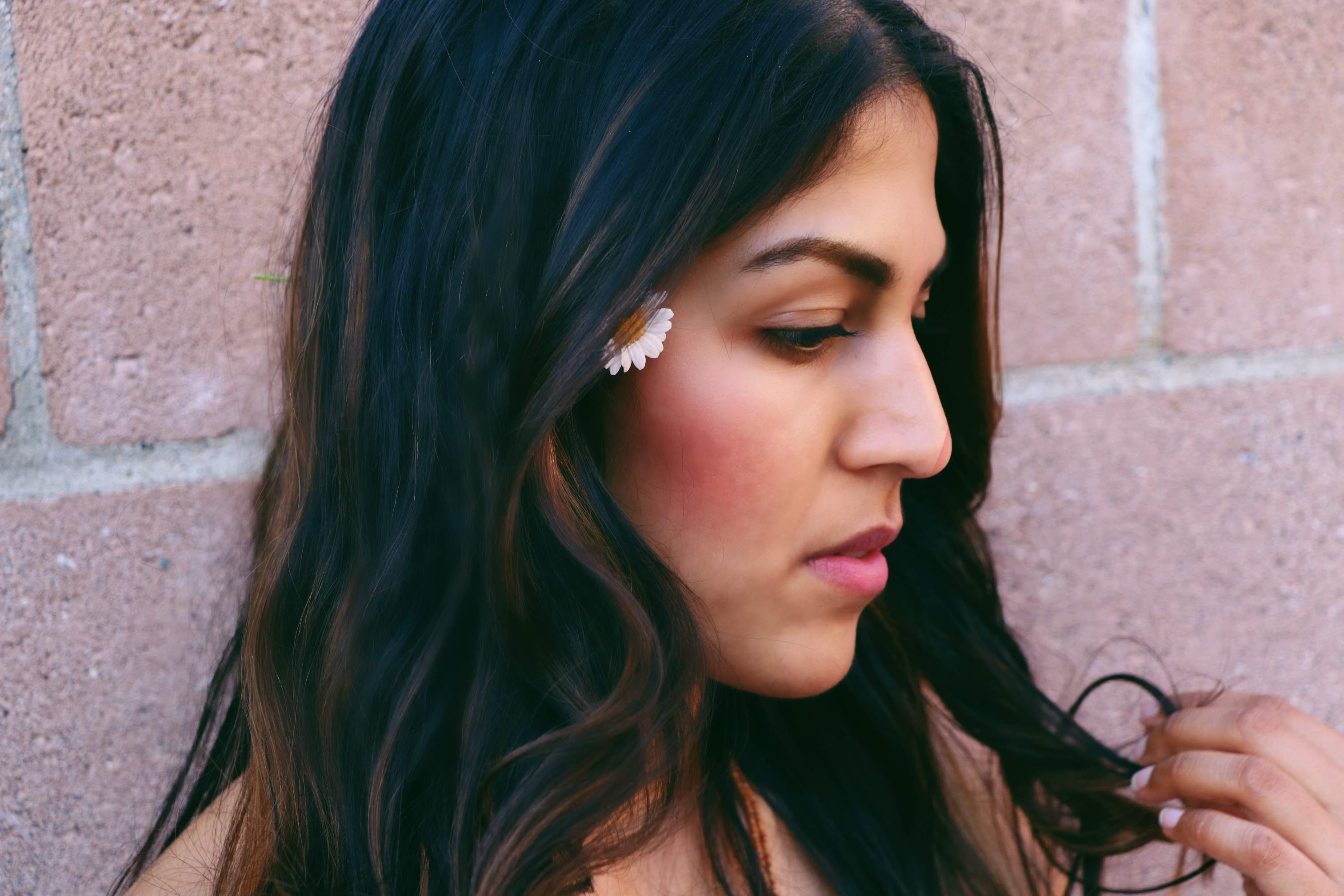 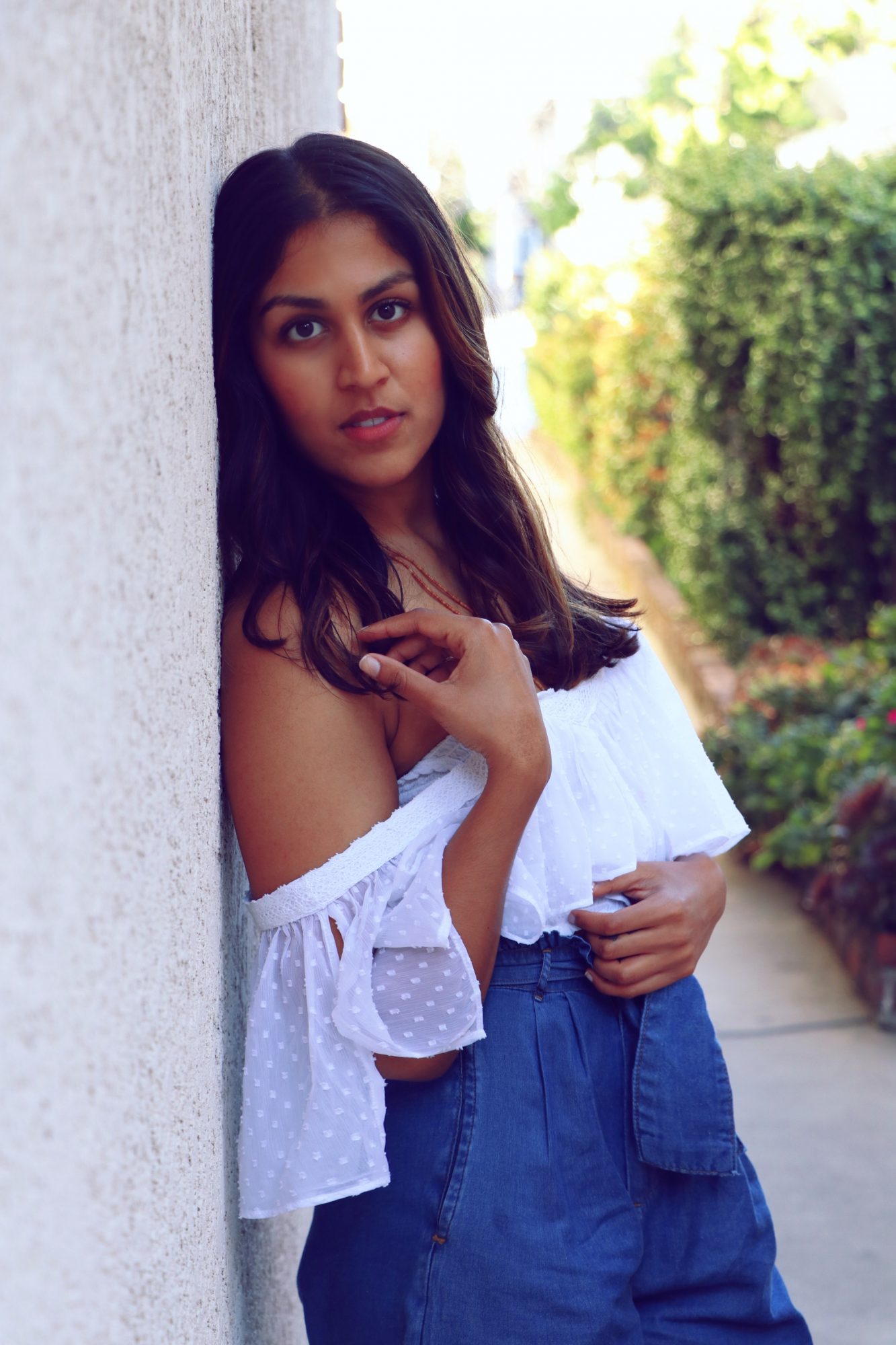