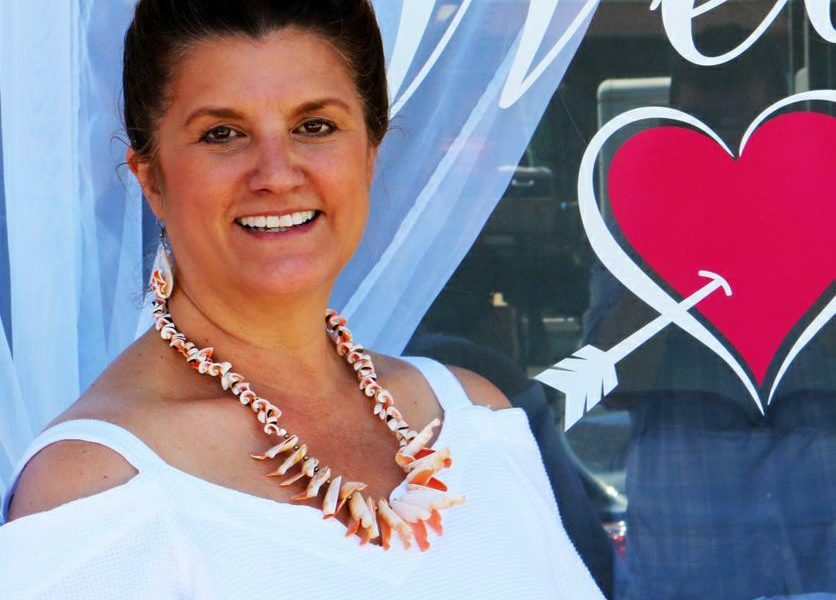 Today we’d like to introduce you to Rev. Lisa Phillian.

Rev. Phillian, let’s start with your story. We’d love to hear how you got started and how the journey has been so far.
It all started in 2001 when my cousin wanted to marry his partner in a domestic partnership. They came to me and asked if I would perform the service. So I sought out a church that would ordain me. I went through seminary and became a non-denominational minster.

In 2008, I returned to California and began doing weddings on a more full-time basis. During the short window of time when marriage equality was permitted before proposition 8, I happily performed both gay and straight weddings and proudly displayed pictures showing happy couples. At that time, our company was known simply as the Reverend Lisa. As I look back at that time from 2008 – 2013, it was not only struggle but a fight to stay in business.

In 2009, my website was flagged for obscenity for display gay and lesbian couples kissing. It took months and an attorney to be reinstated back into the google and Bing searches. During this time Rainbow Weddings was born. I think mainly out of spite. Shortly after the creation of the Rainbow weddings I filed for Trade Mark on the Words Rainbow Weddings. Between 2009 and 2013 it was flagged and removed numerous times over the course of 3 years, until Google finally took a stand and refused to remove webpages for LBGT content.

In 2010, we began getting ready for marriage equality, for myself and my staff, it was always just around the corner. 3 trained notaries all ordained, The creation of the Marriage License Software to expedite concierge services and the ability to print and issue all legal documents at the customers location, we were ready.

At this time, we were operating both in Los Angeles and Palm Springs. In 2013 at the brink of marriage equality, a virus was uploaded into the Rainbow Weddings Website, destroying not only the Rainbow Weddings site but also a The Reverend Lisa and also all ancillary landing sites. Stopping us dead in the water. At the same time, I received 3 death threats using social media and the USPS.

There were so many things that went into recovery, but the time and money that it took for us to become a number one gay marriage search in both LA and Palm Springs, could not be duplicated again on short notice.

So I redirected my efforts to Palm Springs, instead of boiling the ocean so to speak. With a make shift website, we opened Rainbow Weddings exclusively in Palm Springs, we were welcomed with open arms and business took off. There are two men primarily noted for the recover of Rainbow Weddings – Bob Dyer at Pinnacle (SEO) and Bill Mussman IT programmer. I call them out particularly because of the efforts that it took to repair damaged software and to renter into the search engine optimization.

In 2014, we opened the doors of the Palm Springs Wedding Chapel, we became the one of the largest wedding chapels in Southern California and because of the support of the community of Palm Springs. Rainbow Weddings was able to flourish.

We have since begun expanding back to Los Angeles. In 2017, we opened the doors of our now new beautiful location in Down Town Palm Springs, near the iconic Melvin’s Restaurant.

Rainbow Weddings & Palm Springs Wedding Chapel – what should we know? What do you guys do best? What sets you apart from the competition?
We are the only wedding chapel of our kind Riverside County and the desert. Offering complete wedding services in one location. The Desert Sun calls us the “one stop hitching post”.

We provide wedding services which include the legal marriage license. We are available by appointment 7 days a week and evenings and holidays.

The Palm Springs Wedding Chapel is the only full-service wedding chapel of its kind operating in the Coachella Valley. The Palm Spring Wedding Chapel is the only Chapel whose staff are Authorized Agents of Riverside County and All employees are bonded and insured. Providing their clients with marriage licenses, all legal documentation and filings, custom-tailored wedding ceremonies and so much more.

PSWC also offers Concierge and Destination services along with complete event planning services for all clients in an all-inclusive, non-discriminating environment.

What moment in your career do you look back most fondly on?
This is hard to define, because it is the love. So there is not any real moment. I think it is that we made it. No matter how they tried to stop us, not matter what they did to us.

Ok this would be a defining statement. 2 ladies, came from 29 palms on June 30 2013. They had been together for 65 years. Each had a walker and their canes. They had to come in the early morning so they could be back before it got dark. I issued the paperwork and began to perform the ceremony.

It was in that moment that I realized what I truly was doing. I had a standard ceremony nothing original, I began to read, I thought how inappropriate this was for them. A ceremony should tell the love story, I put my book down and I began to speak and as I spoke, I said the words that I thought would tell their story. Without looking at me, the held hands and placed their foreheads together and cried. I ended my words with the statement “you are now rightfully known as Wife and Wife” – Ladies will please kiss your bride.

I am not sure if this is a “proudest moment” as much as it is a defining moment. I was not marrying children, I was marrying committed couples who have waited their whole lives to have this experience and to be equal.