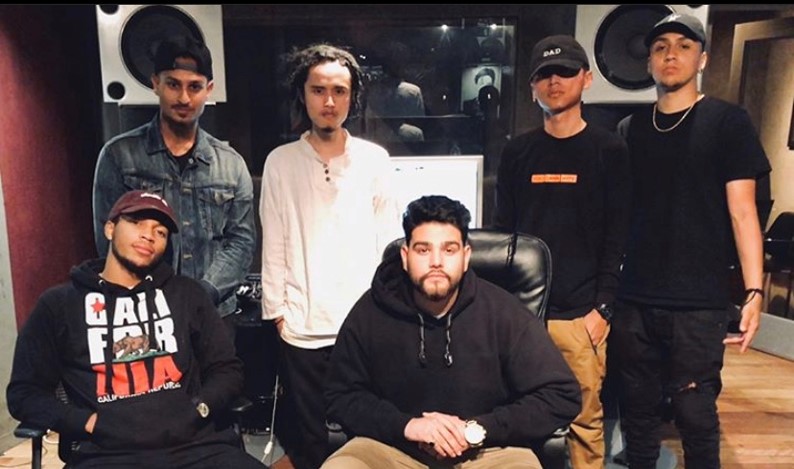 Today we’d like to introduce you to Reno Ludwiga.

Reno, let’s start with your story. We’d love to hear how you got started and how the journey has been so far.
I was born in Jakarta, Indonesia, and a few years after that my family and I migrated in 2001 to California. My father was a drummer of a very well-known pop band back home, and my mother was a successful accountant. Despite this, they gave everything up for my siblings and I to get a better education and be able to experience what the American dream feels like. Growing up, I always loved listening to music, and this was one of many reasons that my siblings and I decided to form a band called the “Rez Project”. My sister was the lead singer, my brother was the guitarist, and I was the drummer. While the band didn’t last too long, I definitely learned a great deal. After that, my brother and I decided to form a different band with our friends called “2encourage” to motivate the younger generations of a bright future.

This didn’t last too long either. My brother then decided to go his own way and apply himself within a whole different genre, known as “Rap/Hip-Hop”. I always knew my brother was going to be a star one day and had faith in him, but we didn’t know anybody that could represent him adequately. This gave me an idea, and I took it upon myself to become a self-taught representative. I had to take up the challenge of learning the business aspect of music, such as dealing with record labels and a&rs. As time went on, we formed a hip-hop collective within the Inland Empire titled “Bad Genre”. As of now, it consists of 5 musically heavy-hitting individuals; iismaill, Waqqas, Dj Mv7rid, Cully Seville, and Regi Levi.

Has it been a smooth road?
It hasn’t always been a smooth road, and even now I wouldn’t consider it “smooth” per say. There were a lot of challenges that I myself faced while attempting to represent different artists. But taking it back to beginnings, when my brother and I started off, we would attend open mic events religiously to try to get our names out, but it was mostly my brother rapping or singing to numerous crowds. We didn’t have any connections whatsoever and no guidance at all. But over time, we started to gain a beautiful support system from people around us.

The first show that my brother did was in November 2016 at Los Globos in Los Angeles. He had received the opportunity to open up for Chris Webby, and we took the show not even knowing who he was. The end result was that we had to pay out of our own pockets. Before the year 2017 came, my brother and I made a promise to ourselves: book a show every single month of the year, whatever it took. We had a backyard show in the beginning of January and within the same month, my brother got the opportunity to open up for Pnb Rock at the Observatory in Santa Ana. This was just the tip of the iceberg. 2017 was also the year “Bad Genre” became a collective within the Inland Empire. But we didn’t stop there. We had to remain consistent.

As time went on, I managed to gain a lot of meaningful connections with multiple music representatives, engineers, and radio personnel. So to put it plainly, “smooth” is an understatement.

We’d love to hear more about your work and what you are currently focused on. What else should we know?
Where I come from, people don’t really have a lot of knowledge regarding the music industry. We have plenty of talented artists here in the Inland Empire but we lack the major connections and resources. These artists are “slept on” as they say, which is precisely why “Bad Genre” was formed. Every single person within the collective is extremely talented in their own right and has their own unique story/background as well.

I came up with the name “Bad Genre” while taking inspiration from Kanye West. His label is titled “GOOD Music”, as into somebody in this world, any type of music is good to listen to. Similarly, there is no real bad genre of music. Someone can say that they hate country music or jazz music, but there will always be other people who love both genres. It’s a double entendre in a sense. My responsibility within the collective is to represent these talented artists and market them to other A&Rs/talent agencies, with the hopes that they get discovered one day.

I truly feel like these artists that I’m working with are going to be something big one day. I’ve done a lot of my own research and have taught myself about the industry, as well as gotten acquainted with successful representation from record labels, etc. I specialize in getting everything in order, making things happen for the team, and doing a lot of behind-the-scenes work with promotions. Booking artists for shows and such is a task that I undertake proudly. I’m known for that, and I tend to see positive results because I have faith in all of the artists that I represent. “Bad Genre” wouldn’t be what it is today without Mv7rid, Cully Seville, Waqqas, iismaill, & Regi Levi. They are the main front and the heartbeat of the company. The quality that sets us apart from others is that everyone in our group is like-minded. Sure we have our differences and disagreements, but at the end of the day that’s what makes us stronger and keeps us grounded as a whole.

How do you think the industry will change over the next decade?
The quality that I personally like most about LA is that there are a lot of artsy and talented individuals within. The same can be said about the Inland Empire or the IE. Many artists want to make it out and make it big, but lack of resources is almost always the biggest obstacle. People tend to be greedy with what they have, and they choose not to share or help others. As a representative/manager, I like the fact that LA has a good amount of people that are willing to talk and see whether or not the person in front of them has talent. As far as saying what I like the least, I would say the crowdedness of it all. The traffic is probably the worst feature about LA.

Regardless, I’m always on the lookout for new artists from the IE and LA areas. In short, I got major love for the Empire as well as the City of Angels. In 5 years, there are going to be a lot of talented artists in Inland Empire that are going to be discovered, they will start to realize what incredible talents that we have here. The artists that I am working with will all be something big one day in the next 5-10 years and people will start to know who Bad Genre are. 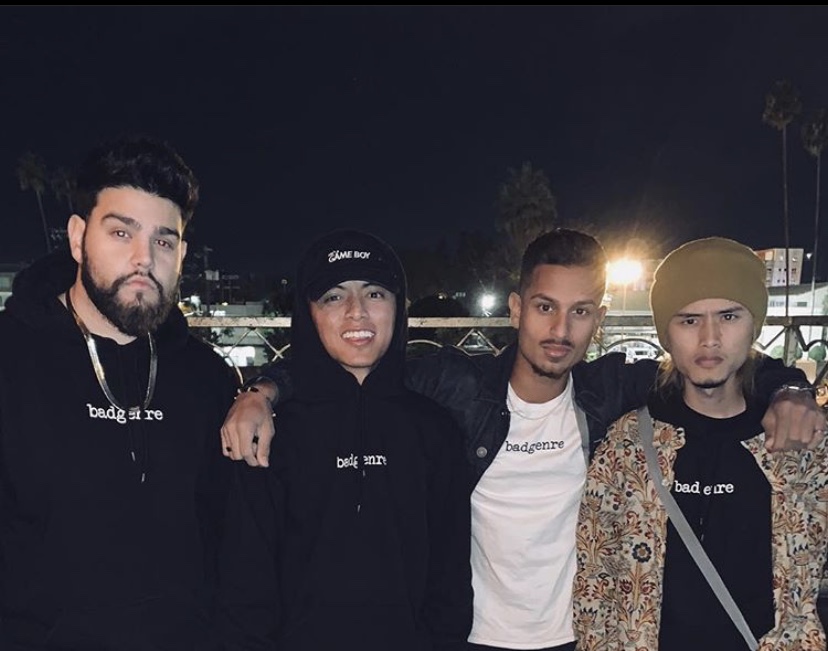 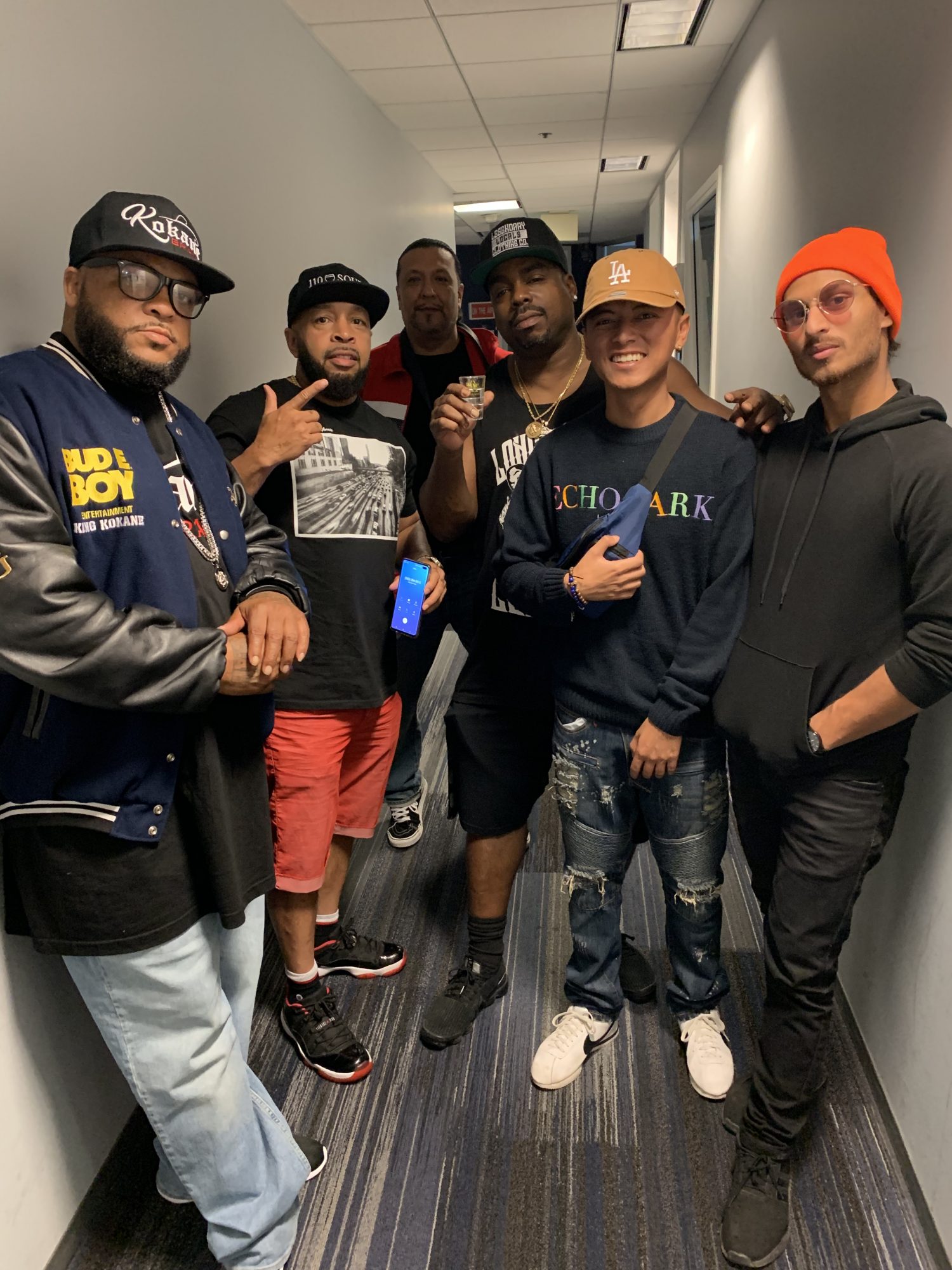 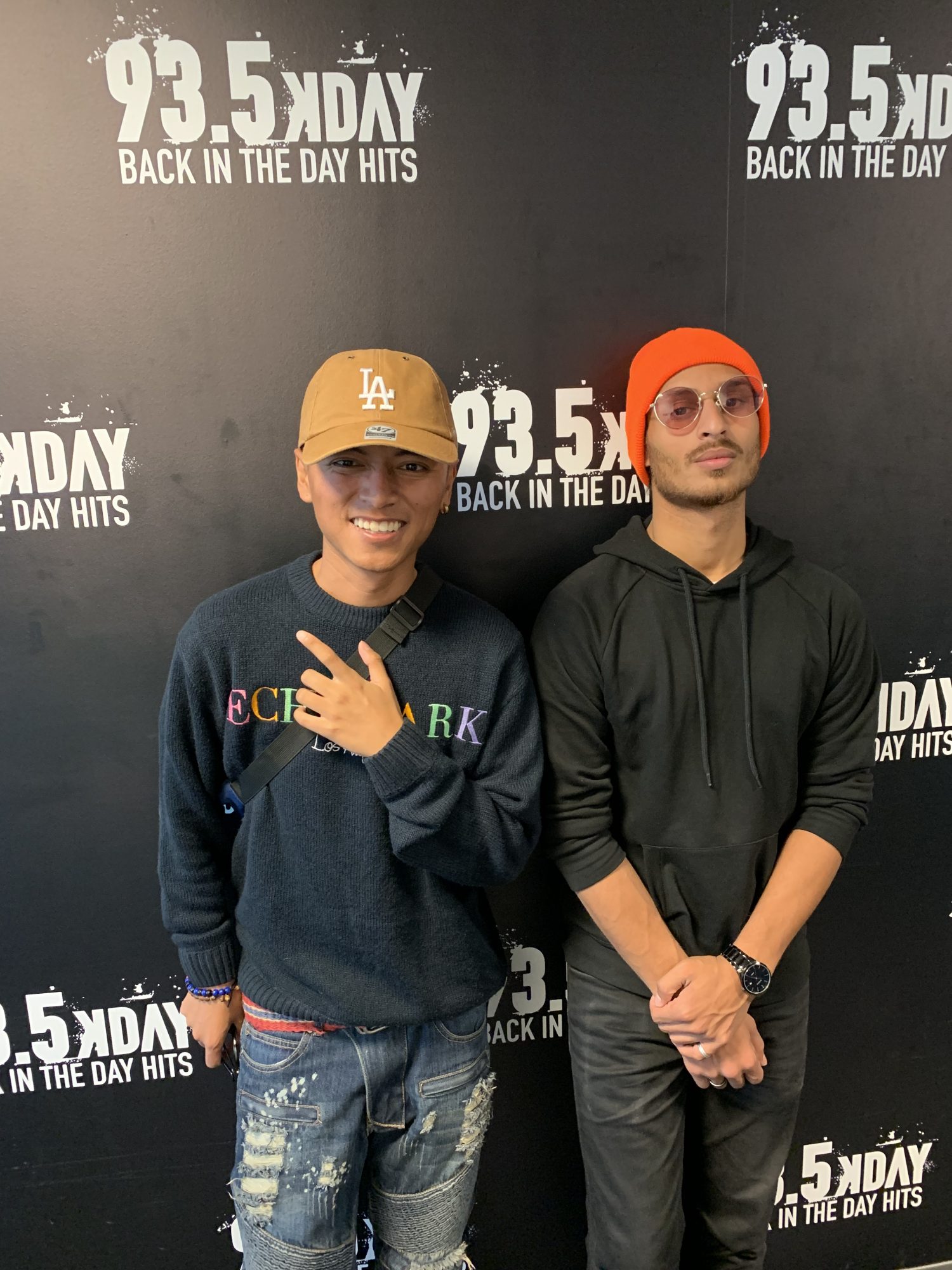 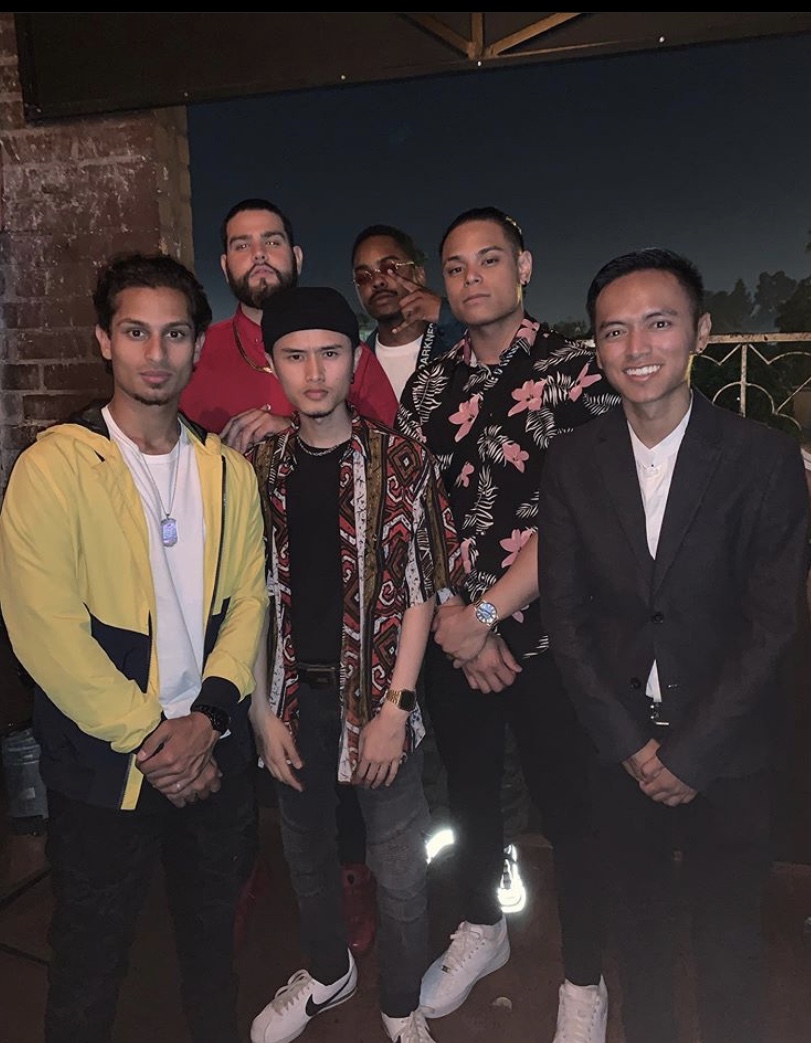 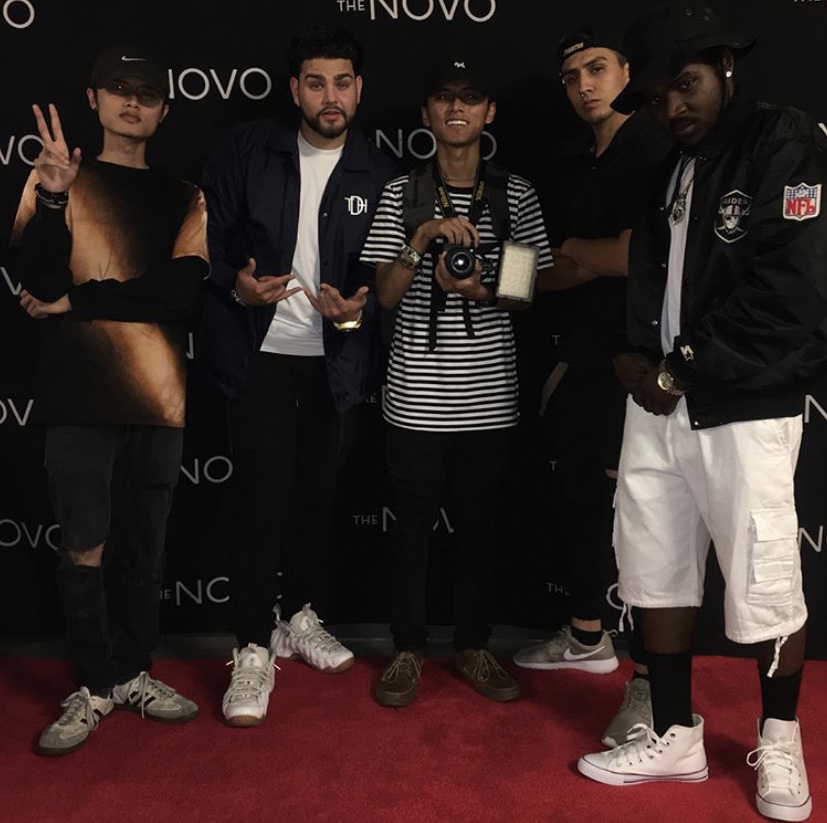