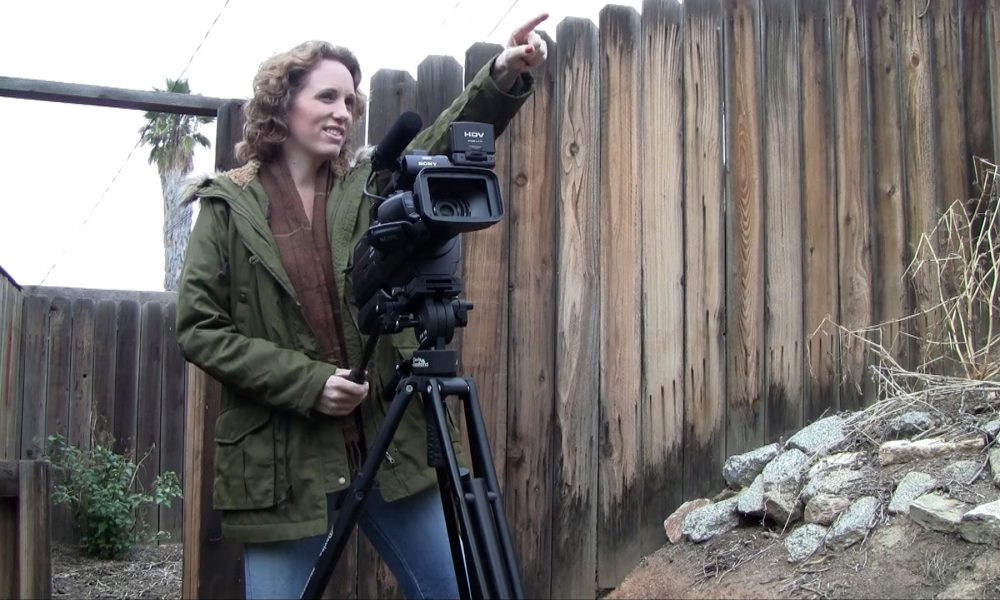 Today we’d like to introduce you to Rennie Cowan.

Thanks for sharing your story with us Rennie. So, let’s start at the beginning and we can move on from there.
My story goes as far back as High School. I remember one day contemplating my life in the library at age 16. I knew I wanted to write, and possibly write screenplays. When I walked out of the library it hit me all at once. Something in my mind told me “Go to Film School.” A passion filled me up ever since to make that possible. I even got a job at a movie theater to learn more about movies and marketing movies. That was 1988. It wasn’t until the mid-90’s that I got accepted into Chapman University Film School. I knew, even back then, that I wanted my own production company. If you watch some of my early student films, you will see my company logo Cowan Entertainment Company. My business really begins with my student films. I also worked on other student productions in any area that I could to refine my skills. I obtained my Bachelor in Film and TV production from Chapman University.

I worked in the Entertainment Industry on a Professional basis both when I attended Chapman and after, as I didn’t want to rely only on a personal business. I also worked in many different areas to get my feet wet. For example, I had a stint on Babylon 5 (the TV series) for a time though I was doing that when I was working on my Bachelor Degree. I was like the PA for every department like makeup taking off all the alien latex. I loved doing that. I even helped Michael J. Straczinski in his office from time to time. He was always sitting there, just writing away. That inspired me. I also worked at Sony Pictures Studios as an Assistant Avid Technician in their Editing Department. There, I got to see the editing process on several Major Motion Pictures. I talked to many of the Editors and picked their brain so to speak. In some instances, I’d be in a small room above a sound stage sorting through partitions on the Avid computers. Working on a Studio Lot was a great experience. By this time, I was working on a Master’s Degree in Film & TV Producing from Chapman University.

When my stint at Sony Pictures ended, I worked at the Screen Actors Guild near Beverly Hills. I learned quite a lot about the business side of the union. The drive to LA was tough, so I looked for another job making more money to get me down there as I lived in Riverside. That’s when I got hired at the William Morris Agency in Beverly Hills and made the move to LA. My Mother had actually had an Agent there in the late 80’s. Her Agent was the legendary Sol Leon who represented people like Marilyn Monroe. My Mother was developing a true story that never got off the ground, but because of that I knew about William Morris and got hired there. I worked there for seven years and basically learned everything I could about the business side of the Entertainment Industry. I also had the opportunity to read any screenplay I wanted from their script library. In 2004, I got an offer to sell a script I wrote for $10,000 from William Morris but actually turned it down because they told me it would be without credit. That really bothered me, and it felt so unfair. But that didn’t stop me from writing.

From there I dabbled in different studies, law and business but also worked in development. I pitched a TV series idea to the Wayan Brothers at their Production Company and also to Disney. The market wasn’t that hot at the time but it was a great experience for any writer. I worked for a while inside Ilya Salkind’s office (the Executive Producer of Superman: The Movie) and learned a lot from him too. Just talking to him about his own experiences as a big Hollywood Producer was knowledge gained. I also did video journalism to promote Warner Brother’s Superhero movies and footage I shot got placed on the Justice League Doom Blu-ray set for supplemental material. My business went off the ground sometime in 2012-14, and I did freelance work shooting Live Theater, Cable/Web Commercials, Music Videos, Infomercials, and even producing for Indie feature films. To fill the gap, I pursued a teaching career so that I could focus more on my business, filmmaking and screenwriting. Today I work full-time as a Film/Media Program Instructor for Joey Travolta, who is John Travolta’s brother. I wrote the script for the first film produced at their Inland Empire School. Before that I was the Co-Chair of Sports Entertainment and Media at American Sports University.

Aside from my Production Company, I also have another business doing film/screenwriting workshops called Entertainment & Cinematic Arts Academy and it is doing quite well. One of my Film Production courses just shot a film titled Smokescream which I directed and wrote. In that course, we shoot films.

We’re always bombarded by how great it is to pursue your passion, etc. – but we’ve spoken with enough people to know that it’s not always easy. Overall, would you say things have been easy for you?
I was told many things by many people when I expressed what I wanted to do with my life. And I must admit, it hasn’t been without sacrifice. If I said it was a walk in the park, then I’d be lying. But you have to answer your calling. I don’t think I’m anywhere near the road I’d like to be on, but I know that with each step I keep moving forward. For example, I make more money with my businesses now than when I first started. I actually have three businesses now, and I’ve noticed that each year I make more than the previous year. That is a positive outcome for me. What struggles have I had? Many, and maybe some I could have avoided. But on that road, there is also a learning process.

So, let’s switch gears a bit and go into the Cowan Entertainment Company story. Tell us more about the business.
As I mentioned earlier, I have three businesses now. I mainly work with my production company which is Cowan Entertainment Company. But that might change in the near future as my film/screenwriting workshops are becoming quite popular. At one time, I was opening up all of these business licenses, trying get uber fancy and that was until tax time came. So I have narrowed it down to my production company, and my film/screenwriting workshop business. I actually report both of those on my taxes. I have a photography business too, but I usually just move that over to my production company as it is just easier to do it that way. For the most part, I specialize in any form of production, whether it be making films, web commercials or shooting live events. I get contracted out to shoot the big Hollywood events like the MTV Movie & TV Awards. I also get contracted to help producers and young writers develop their scripts. Just recently, I was hired to steer a young producer through two drafts of the production’s screenplay for his feature film. So I do that at home to, like a script doctor of sorts. So if you wonder why I carry my laptop around, it is probably because I am doctoring someone’s script. My film/screenwriting workshops are starting to get high enrollments. So that business is growing too. I do workshops in the evenings, and teach screenwriting and develop screenplays as a Film/Media Instructor (and Support Staff Writer) for Joey Travolta during the day.

Has luck played a meaningful role in your life and business?
Luck can certainly have something to do with it, but I like to think that fate or something unseen is guiding me. That that is what comes into play more often than not. For example, at one point I thought of giving up on the workshop business because the enrollments appeared to be low, or so/so. Just when I thought I’d put it aside, I suddenly got high enrollments. To me, that was something unseen saying “Don’t quit!” That happened with my script doctoring business too. I thought, you know, I’m just going to do production and that’s it. And then before I knew it, I got offers to help rewrite some script or another. And at one point, I was like, maybe I should just get a good job somewhere. Get married, do ordinary things. And then before I knew it, I got a great freelance job making some outrageous amount shooting something. So luck to me is a dead issue. From my own experience, it’s more like a haunting that keeps knocking at my door.