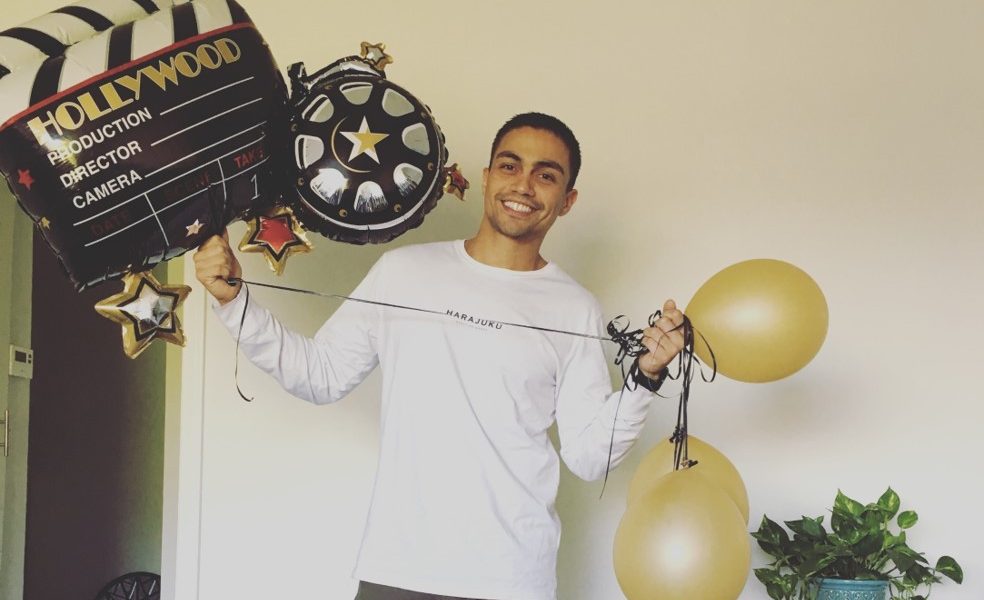 Today we’d like to introduce you to Rene Moran.

Rene, let’s start with your story. We’d love to hear how you got started and how the journey has been so far.
I was born in El Salvador. My mother and I migrated to the United States when I was a year old to get away from all the ongoing violence. The first attempt to cross me at the border was a failure, I was denied entry. The second attempt worked but my mother was denied and had to stay behind. I was accepted by my aunt at the border. She went on to take care of me for a couple of months until my mother finally made it over with the assistance of a coyote.

We stayed in Los Angeles for a couple of years and then moved to Orlando Florida where I spent my formative years. High School came around and presented me with new challenges that I would struggle with. Growing up I always felt like an outsider, especially with my parent’s attempts to raise me with the same values they were brought up within El Salvador. Discipline was no joke in these Central American countries and I got a strong dose of this. My parents and I bumped heads constantly during these years and I was kicked out of our home multiple times. I bounced around from one friend’s couch to another while hauling my belongings around with big black trash bags. During this time I began experimenting with drugs. I had gone from the being an honor roll student to another statistic.

I was kicked out of high school and kicked out of home. I tried getting sober on my own but it wasn’t working. I was running out of options. On a phone call, my mom mentioned the idea of moving out to LA to live with my aunt. I refused at first but she sold me when she said I could test it out for six months and if I hated it, I could always come back to Orlando. Two weeks later I was on a flight headed West.

Living in LA gave me a chance at a fresh start. I took full advantage of this opportunity. I landed a day job at a gym, the perfect place to rehabilitate myself. This place offered me a foundation and I made new friends and learned new things. From here, I landed a receptionist job at an office in Sherman Oaks. Here is where I would get introduced to the business of acting.

Working at this office I unknowingly made friends with casting directors, agents, managers, etc.. In time, I became more knowledgeable of what their work consisted of. One day, I was approached by a commercial agent who asked me for my picture. I wasn’t sure why she wanted my picture but she explained to me that she helped actors get work in commercials. I was flattered by her request but felt that work like this was way out of my league. In my head, only “cool rich” people could live a life like that. Months later I broke this thought and decided to have my headshots taken.

With these headshots, my new agent was able to submit me for work. After two months of auditioning, I booked a national commercial for Ford. Shortly after I was Taft Hartlied into the union after auditioning for Oscar award-winning director, Nick Vallelonga, for the film entitled Stiletto.

After these experiences, I knew I had found something special. My love for acting took over and I was encouraged by my agent to learn more about the craft. I took classes and learned different techniques actors use to prepare for roles. I was polishing a tool that I had unknowingly been using my entire life. Growing up and feeling like an outsider, I developed a natural habit of transforming into different characters in order to be accepted by my peers. I got really good at doing this and this gave me an ability to make friends from all different kinds of social groups. I had no idea I was doing this at the time, but it made sense later on in life.

We’re always bombarded by how great it is to pursue your passion, etc – but we’ve spoken with enough people to know that it’s not always easy. Overall, would you say things have been easy for you?
Pursuing a career in acting does come with its obstacles and challenges. For me, it’s mostly mental. It’s fighting that little voice of resistance in the back of my head saying that I’m never going to have a career as an actor. That I should find another profession and move on. This voice really kicks in during the downtimes. You go from working weeks on one production to not working again for months. Staying active in class, the gym and other creative outlets such as photography really help me get through these times. A good book and meditation also go a long way. It’s funny though, soon as the next job is booked all that doubt disappears. The ups and downs can be crazy but if this is what you love to do, you keep moving forward.

The audition process can be a struggle as well. To go into a room and knock it out the park just to never hear anything back. Or to become one of the finalists for a role you want and not get it can be tough. I’ve had to change my outlook on judging the results. Booking the role is always the goal but if you go into a room and deliver a performance you are proud of then you have hit your goal. Gotta move on from this point and simply look ahead.

So, what’s next? Any big plans?
Yes, I plan on working more. More films, I really enjoy working in this space. Hopefully get a chance to break into the independent film world. I feel like theres just so much great content coming out of the indie world. Also, more TV work. I just really love this craft so much, all I want to do is keep exploring and telling more stories. I do also have a small role in a film coming out entitled The Tax Collector directed by David Ayer. Writing more of my own scripts is also work that needs to be done. After all that, then maybe I’ll take a little vacay. 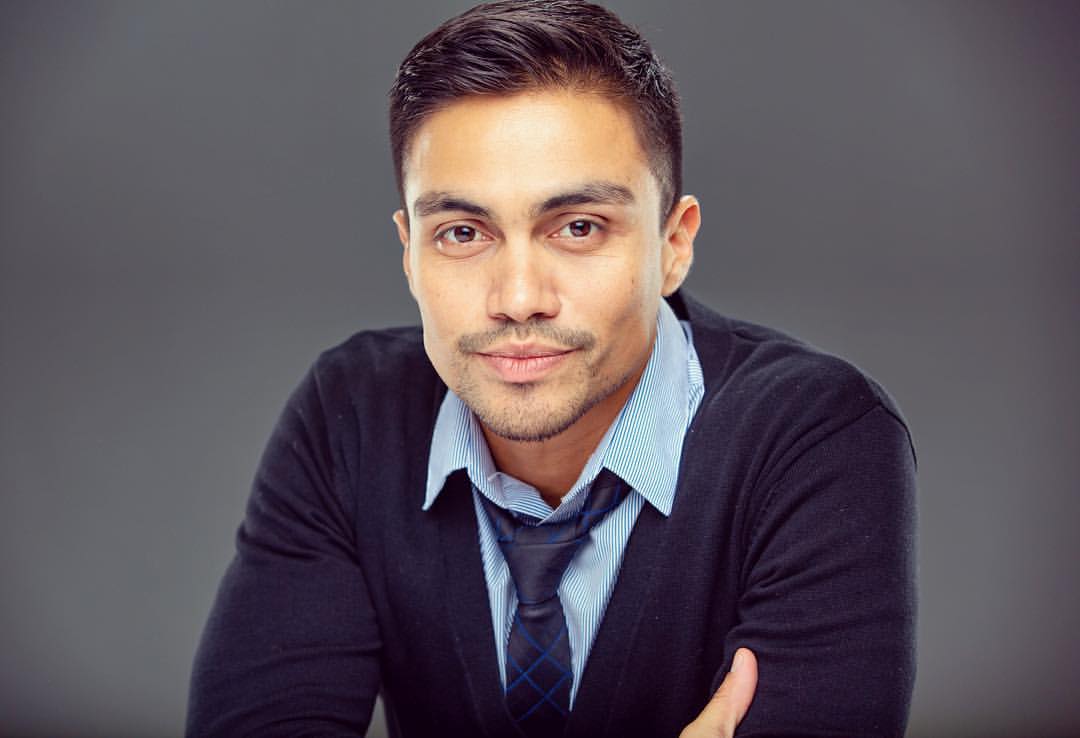 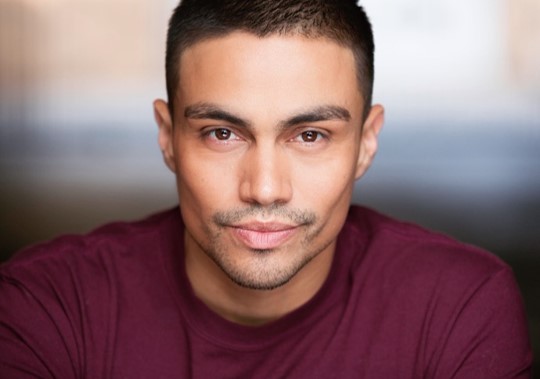 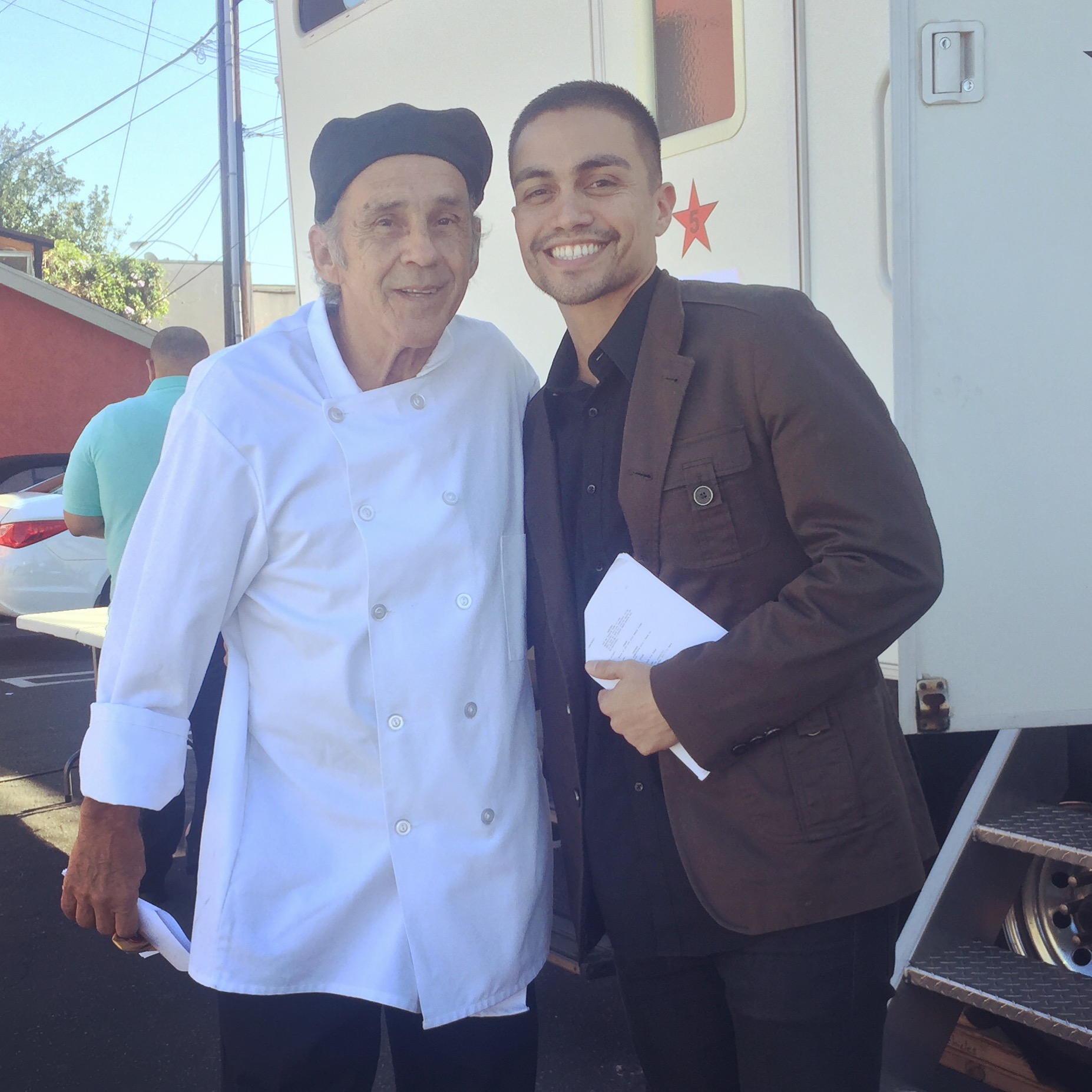 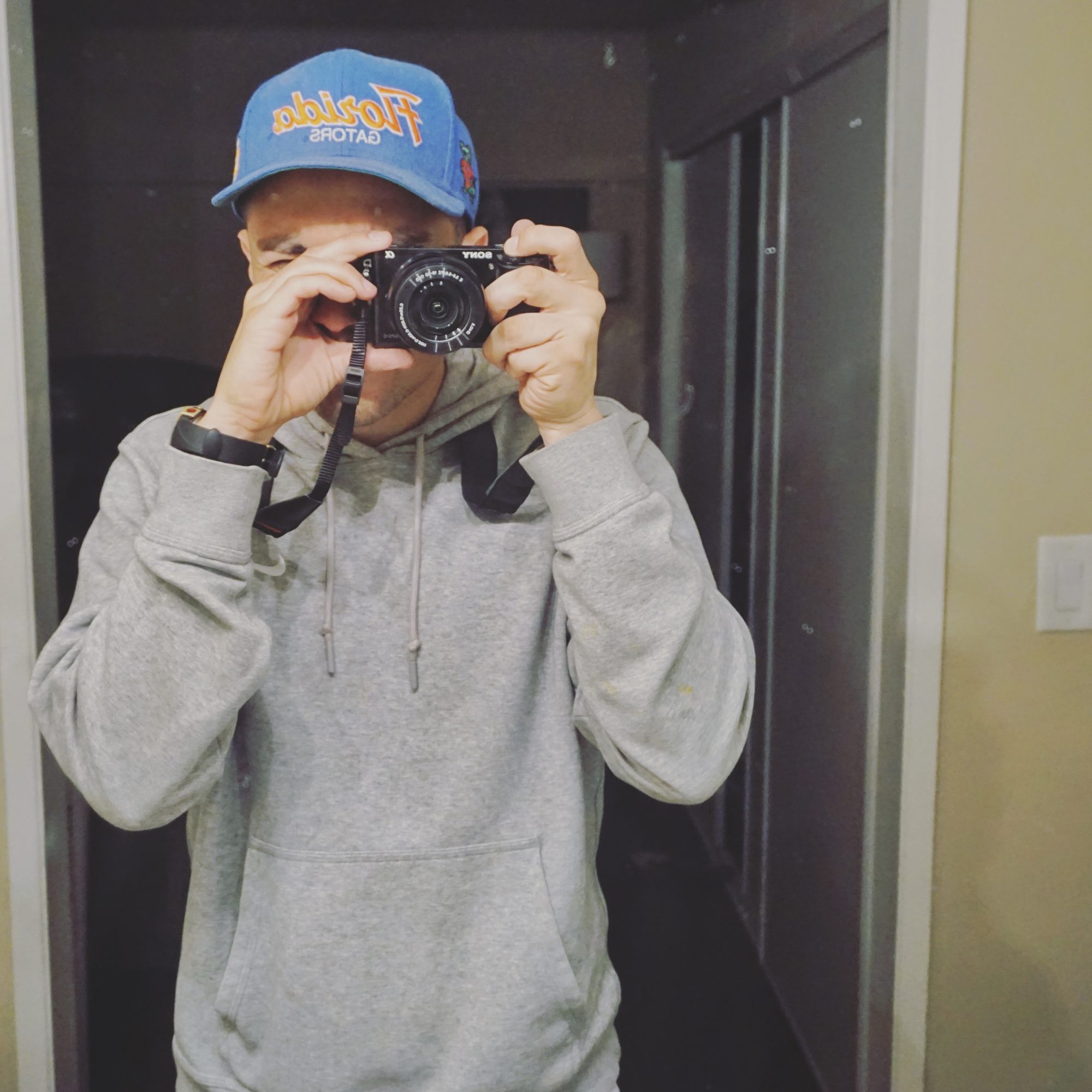 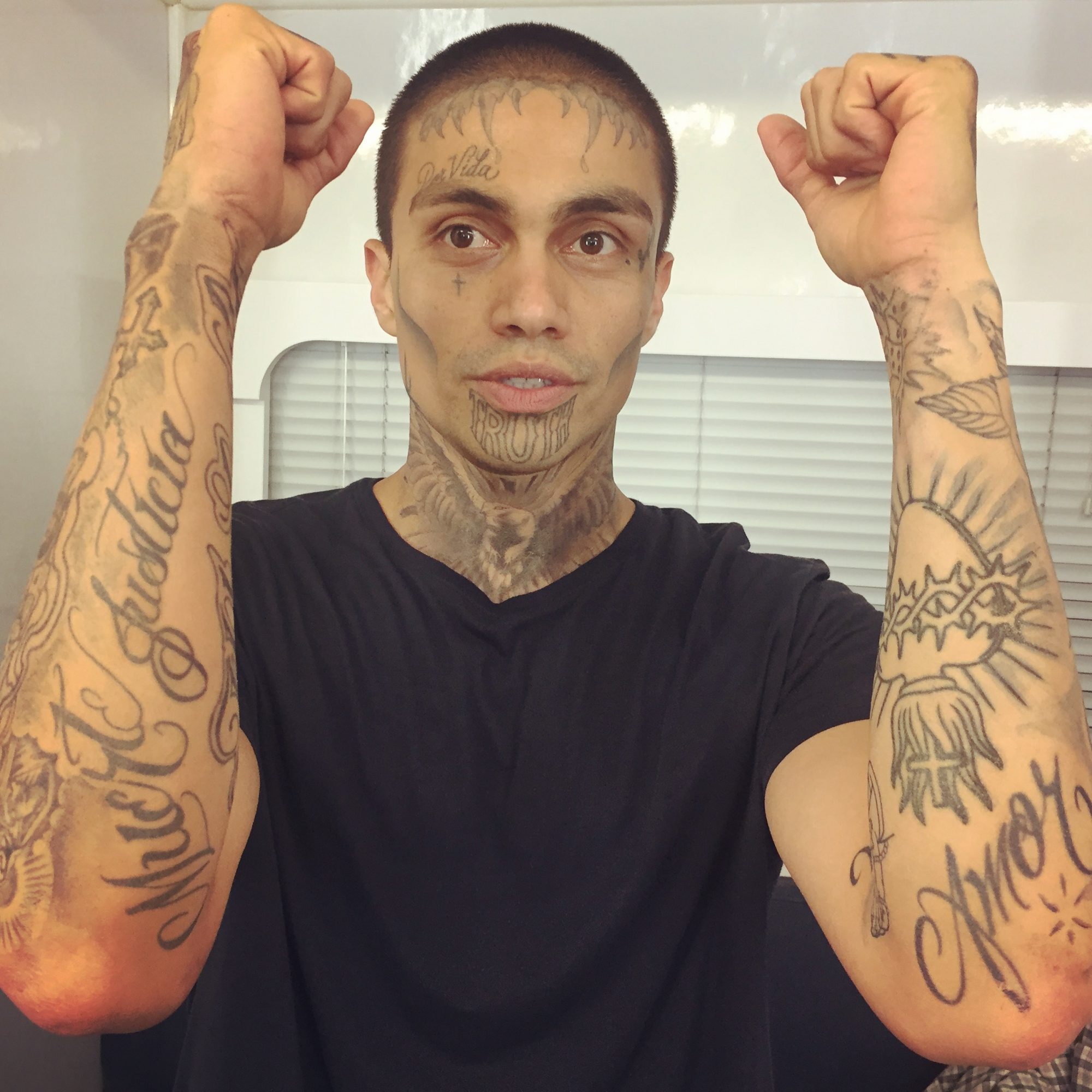