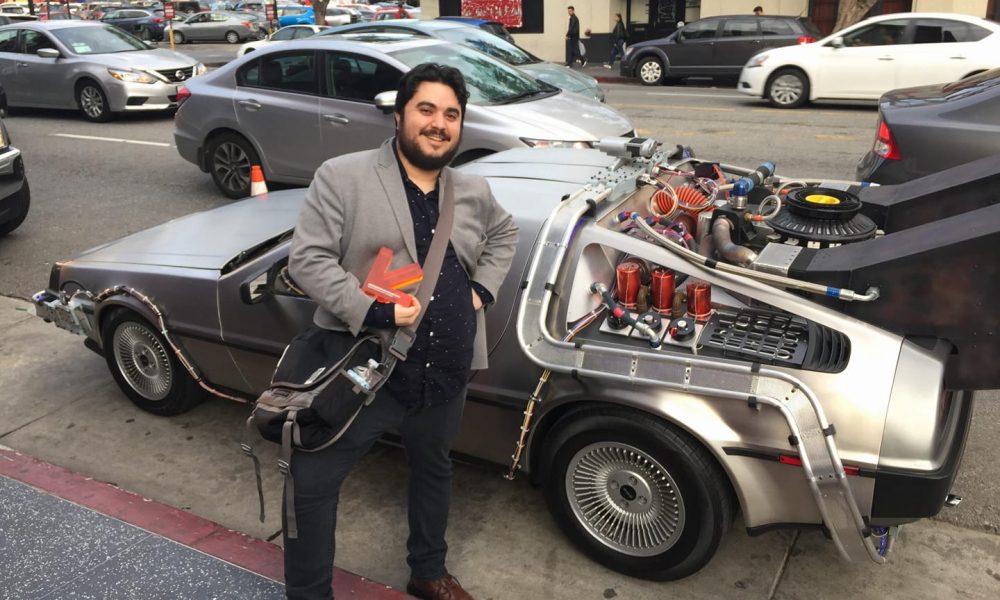 Today we’d like to introduce you to René Amador.

René, can you briefly walk us through your story – how you started and how you got to where you are today.
I was born and raised in Santa Clara, CA. My parents were immigrants from Nicaragua, hardcore intellectuals who had undying optimism for human potential. My mother founded and ran a law firm for 30 years representing primarily migrant workers against the state and my dad was a software engineer who worked in the defense industry for decades. In the early 90s, though, my dad founded a personal finance software company, which was my first experience working for a tech startup. I would join him at trade shows pitching, so I’ve been successfully pitching tech for over 23 years.

As a child, I was small and quiet, definitely not the most social person as my first language was Spanish and I actually entered school not speaking English fluently. That meant, I felt a connection to the graphics and animation on the computer, which my father gave me when I was very young. It was an escape where my mind could be fully engaged. As I used the computer over the next 10 years, I intuitively learned how it worked, and more importantly, how to work with it effectively and efficiently to create. Where most people might get intimidated by new tech, I’ve learned to dive in head first. That superpower, fearlessness in tech, is something I built over decades starting with that first computer, a Commodore Amiga 2000.

In high school, I got really into Christopher Guest movies and directed the first crowdsourced viral video, Real Ultimate Power: The Official Ninja Movie, a surreal mockumentary that got over 3 million views way back in 2002 when that kind of viewership was still considered impossible. Bandwidth and web hosting were still quite expensive back then, so I had to build my own hosting solution that chained free mirror sites together so people could actually stream it. This was the first time I’d experienced success integrating artistry and tech together to make something disruptive, and that victory catapulted me into VFX, viral videos, web series, and eventually commercials where I spent 8 years as a creative director and commercial director at a creative agency I co-founded with Jocelyn Hsu (currently Chief of Product at ARwall).

In the meantime, I went to film school at UC Santa Cruz, where I met Eric Navarrette (currently Chief of Marketing at ARwall), came out to LA, worked on some huge projects including the first Transformers, and produced a few dozen short films and pilots. The industry was very friendly to someone like me who could straddle tech and cinema, and it certainly didn’t hurt that I had a good eye for FX, typed fast, and learned software faster than anyone else in town.

It was through my agency that I first got exposed to augmented reality. Daqri, now one of the major AR brands, needed to make their first video promos to attract investment, which I directed. I knew immediately that someday, I’d figure out a way to bring AR into filmmaking, but it wasn’t for at least 5 more years that the full idea developed with the help of a colleague, Michael Plescia (currently Chief of Creative at ARwall).

We’re always bombarded by how great it is to pursue your passion, etc. – but we’ve spoken with enough people to know that it’s not always easy. Overall, would you say things have been easy for you?
A big struggle has always been that I’m generally at the very frontier of what’s happening in tech and media, which can be a lonely place. When you’re using a tech solution that nobody else has ever tried, you start to realize the limitations of mentors and experts and colleagues. You come up head to head with people’s fear of new technology all the time, and it severely clouds their judgment, so I’ve learned how to talk about those concerns. I’m also very lucky that I have an incredible partner and collaborator, Jocelyn Hsu, who has produced nearly everything I’ve ever made and been the Threepio to my Artoo.

You have to put a lot of time and energy into getting a film project off the ground, and starting a company is the same way, so in some sense, I’ve actually gone through this very difficult process hundreds of times. To do that alone is very difficult so the main struggle has always been how to diffuse the stress and pressure among more trustworthy people. I feel like with ARwall I’ve accomplished that as perfectly as I can, and that’s what has allowed us to be more successful. Maybe I also want the success more than ever, as well, so I’m making sure it gets done right.

We’d love to hear more about your business.
We’ve created an AR display that requires no headset, no goggles, no smart device. Our film tool creates a real-time, in-camera composite that is better, faster, and cheaper than the green screen process used in VFX for film and TV. There is no need for green-screen or post-VFX work to finish the illusion. Our second product, AR3D, creates an interactive “virtual window” illusion for businesses and consumers, it’s effectively all the interactivity you’d expect out of a VR headset but with no headset and no controllers.

Our biggest competitive advantage is the human capital, which has already developed a patent-pending spatial imaging technology that is four times faster than anything else on the market. Our team has the background to really thrive in the collision of film/TV and high-tech. On the product side, we’ve got award-winning developers with 15+ AAA titles released between them, and the rest of the team is rounded out with over 50 years of combined industry related experience in film, TV, and interactive. It’s a diverse A-list team for A-list projects.

What do you like best about our city? What do you like least about our city?
This is a very complicated question for me, as I spent the first 22 years of my life in Silicon Valley where most tech entrepreneurs go to make it big. One thing I will mention is at the SXSW Accelerator pitch, where I won the AR/VR category for 2018 recently, zero Silicon Valley companies were among the winners. That means, at least to me, Los Angeles is the place for Augmented Reality. Silicon Beach allows entertainment and technology fields to co-exist and flourish as one, and it’s rare to have that mix work so well as it does here. It’s a perfect mix for AR.

Hollywood is having a rough transitional period right now, and it’s going to be tough for companies and people that are built on the old traditional system of profitability. But for people and companies that are trying to solve these problems for the media industry, this is about to become a boom time and I think we’re seeing the new major media players rise up here in LA. Hopefully, ARwall will be among them.

I don’t think we would be as successful if we had tried this in my hometown of Santa Clara. It sounds harsh, but in my opinion, Silicon Valley is designed to be a dull comfortable place where people can focus on screens. It works for some people, but if you’re a creative it’s not a good place to be. That’s why I came to LA where it’s rich, diverse, and people go through pain gladly just to experience a bit of art in their life. And, now is a great time to be here. Filmmakers are finding their footing again, studios want to stop chasing tax incentives, AR is hot, a new age is dawning in tinsel town. 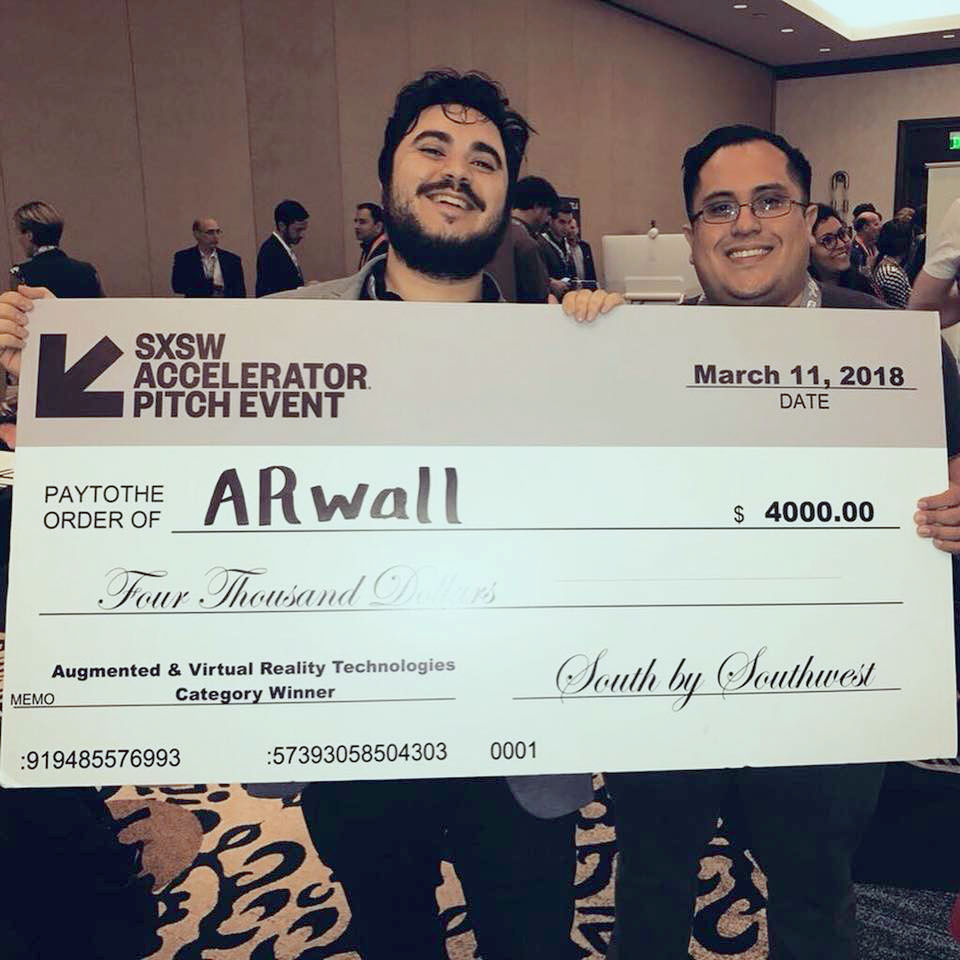 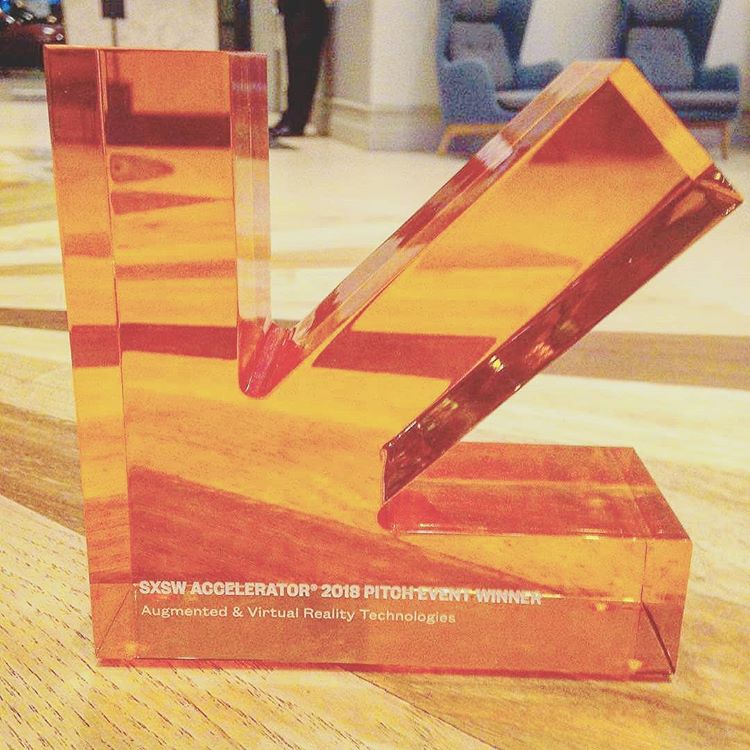