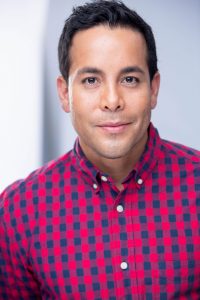 Today we’d like to introduce you to Reko Moreno.

So, before we jump into specific questions, why don’t you give us some details about you and your story.
Well, my story with the entertainment industry started later in life. I was working in the world of finance in Houston but had always wanted to be an actor. I decided to give it a chance and started taking classes at night with Connie Cooper, a local actress with a significant role in Friday Night Lights. On the weekends, I took a filmmaking class with Carlos Calbillo, a Houston based Filmmaker. However, it was a chance encounter with a fellow financial planner that changed everything for me.

I was at Rice University for a conference on Hedge Funds discussing the best strategies for our clients while I was preparing to shoot my very first short film. I had the script on my lap and was drawing out my shot list, which included a bunch of stick figures in boxes – my art is not with pencils. The gentleman next to me saw my script and asked me what I was doing, and I explained that I was taking a filmmaking class, and this weekend, I’m filming my first short film. The man then shared his story, noting he had lived in LA pursuing his own acting career, booked a few acting jobs, and after ten years, decided he wanted something more stable. He got his MBA at Rice University and was now running his own hedge fund. At the time, I was 25, the youngest guy in the room, and for him, he saw himself in me. I was young and had my whole life in front of me, and he encouraged me to take a chance on myself because I had nothing to lose. He then left me with words that have stayed with me to this day, “you’d rather try something and fail than live with the regret of never trying something at all.”

I’ve been in Los Angeles now for 12 years, so I guess it’s been working out for me. I took a chance on myself and didn’t regret it one bit. I’ve gotten to experience so much as an actor, director, and producer. I’ve been able to travel the world directing and producing a docuseries for The El Rey Network with my mentor and friend, George Chung. Additionally, I was a director and producer for the BRAVE MMA league, the UFC of the Middle East, working for the Prince of Bahrain. How many people can say they’ve done that? As an actor, I’ve been blessed to have booked roles on TV, Film, and Commercials, and most recently, I landed the job as spokesperson for The American Heart Association and am currently touring with them on the East Coast.

But my proudest endeavor has to be directing and producing my First Feature Film, It’s a LOVE Story, an indie romance meshing the world of Vlogging with the world of Cinema. I shot the film entirely on my iPhone with no crew, just the friends, and myself. The film is reminiscent of 500 Days of Summer, Before Sunrise and Midnight in Paris as it features relatable characters, based in the fast-paced world of Auto Shows. It started out as an experiment for me as I was testing the limits of filmmaking with an iPhone. Obviously, I had limitations, which pushed me to think outside of the box. I knew I couldn’t create a typical film, I had to incorporate Vlogging as the main element to tell the story. This has worked in my favor as the film is authentic, real, and intimate. This year, we plan to have it ready to be sold to a major player in the streaming game.

Overall, has it been relatively smooth? If not, what were some of the struggles along the way?
It has not been a smooth ride, but I wouldn’t want it any other way. Being an actor means continuously facing rejection, and being a filmmaker means always being unsure of your own work. It’s a daily grind, and it’s not easy being an artist, but we didn’t choose this career because it’s easy. We chose it because it’s our calling.

Like everyone, I’ve had bumps in the road, but this path is worth it for me. I’m thankful for the networking opportunities and connections I’ve made that have helped me through those bumps because I’m always willing to learn, and I’m always willing to be better than I was yesterday. I’m forever a student of this business, and for me, class is never dismissed.

We’d love to hear more about your work and what you are currently focused on. What else should we know?
I’ve gotten the chance to experience many different aspects of the entertainment industry. Currently, my main focus is on directing, producing, and media entrepreneurship.

I’m specializing in a new form of branded content by authentically incorporating a brand or brands into the cinematic experience without disrupting the story. As commercials continue to decline, brands will need to think differently on how to reach their audiences, and this aspect of content creation is top of mind for me. I’ve been able to do this with my latest film, “It’s a LOVE Story.” I was able to blend the world of storytelling with an iconic automotive brand in a very innovative way, through the Auto Show circuit. The film will be out later this year.

I’m proud of this feature film; it was a vlog experiment turned feature, and it’s a different take on the modern rom-com. The vlog element gives the film a very realistic approach as if you’re watching the story feed of your closest friend, as he falls in love with a co-worker.

Through my previous experiences and my current focus on producing and directing, I feel what sets me apart is that I’m not conventional. I look for innovative ways to tell a story; I take risks by pushing my creative boundaries. I’m always looking to learn and better myself as a filmmaker.

Any shoutouts? Who else deserves credit in this story – who has played a meaningful role?
I wouldn’t be the person I am today without the love and encouragement from my parents. I’m beyond grateful to them for everything they’ve taught me. I learned the value of hard work from my dad and how to fight for myself from my mom. I’m also incredibly grateful to have my fiancé Andrea Cortés and her daughter Karina in my life as they truly complete me. For someone who is always working, grinding, and thinking of the future, having these two ladies in my life has taught me to slow down and enjoy the moments. Plus, I’d have to give special recognition to my It’s a LOVE Story team: Vincent Medina (Producer), Pridhvi Sunain Zoro (Post-Production Supervisor), Candy Ibarra (Producer) and Zach Stevens (Associate Producer). 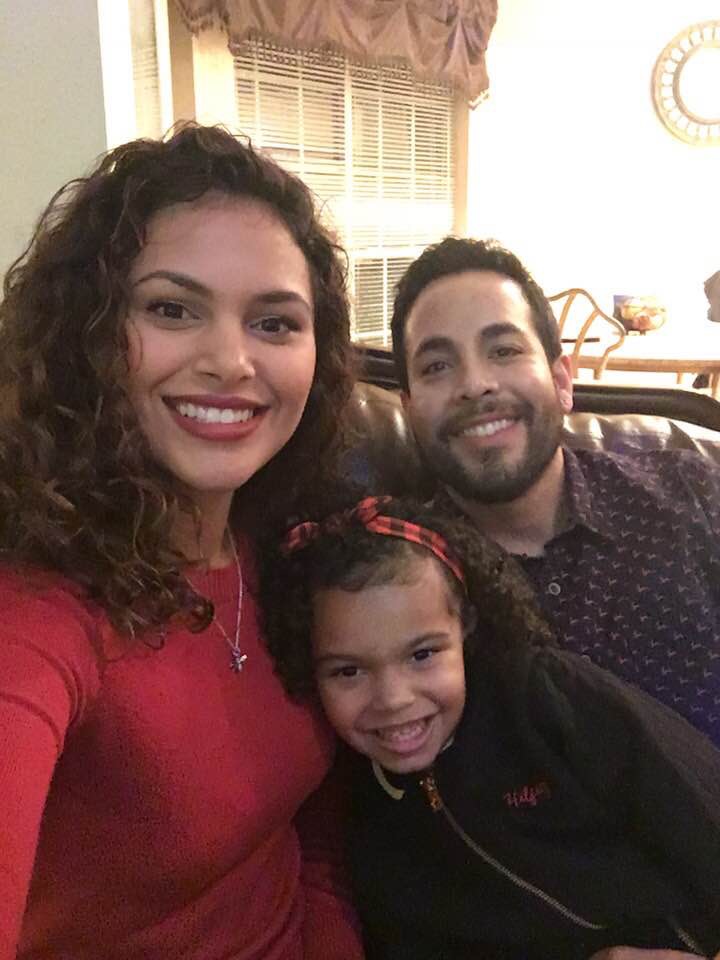 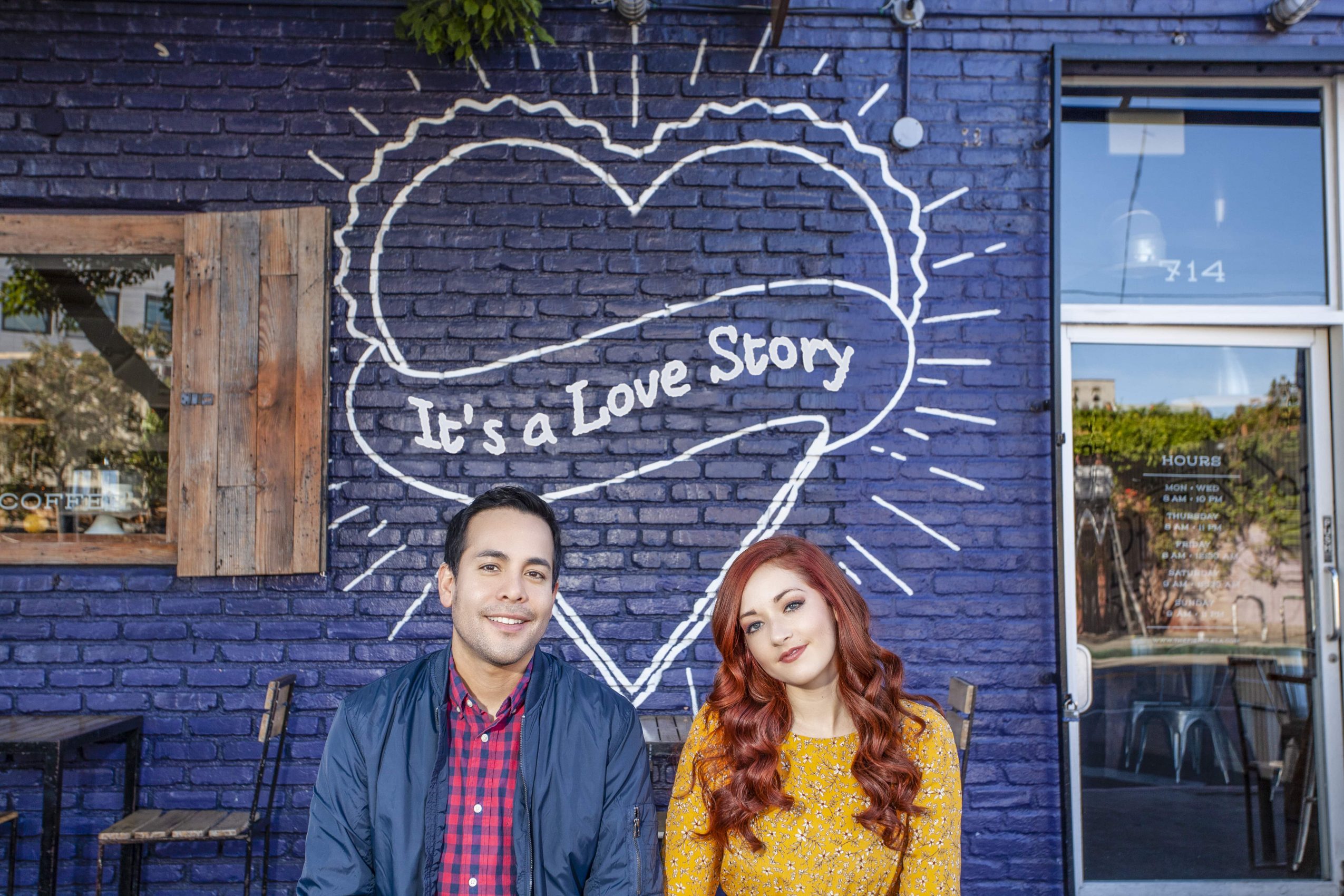 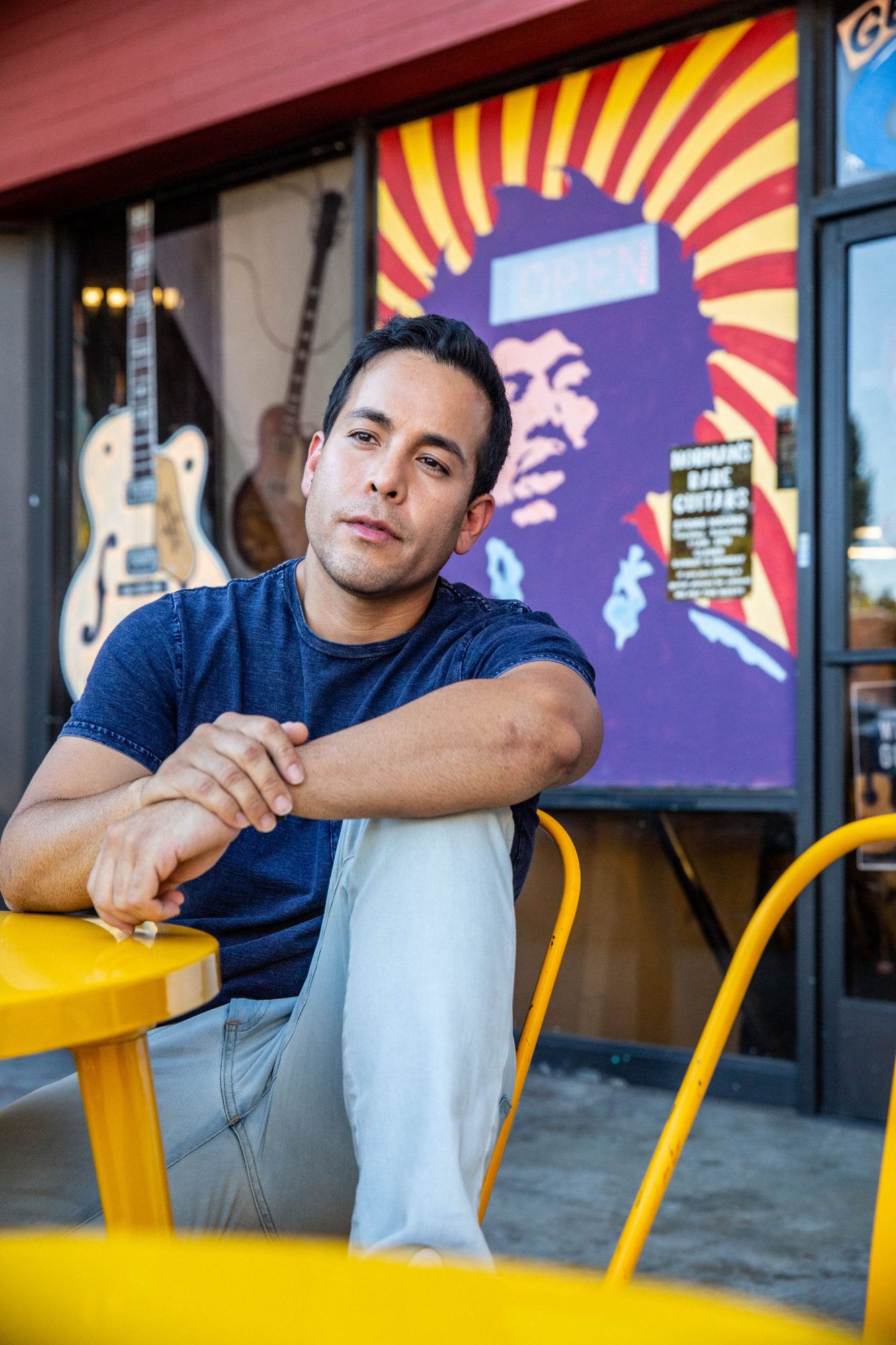 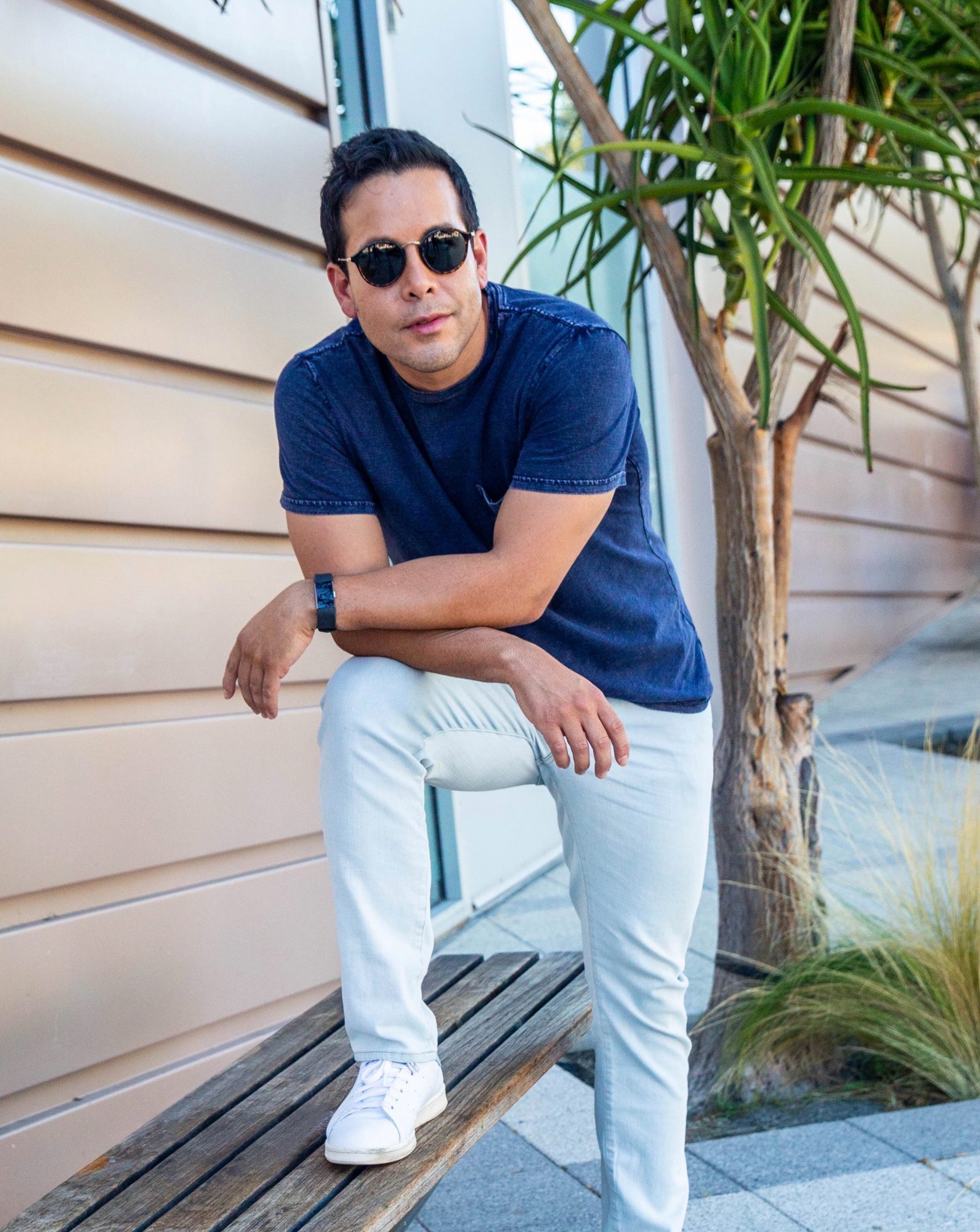 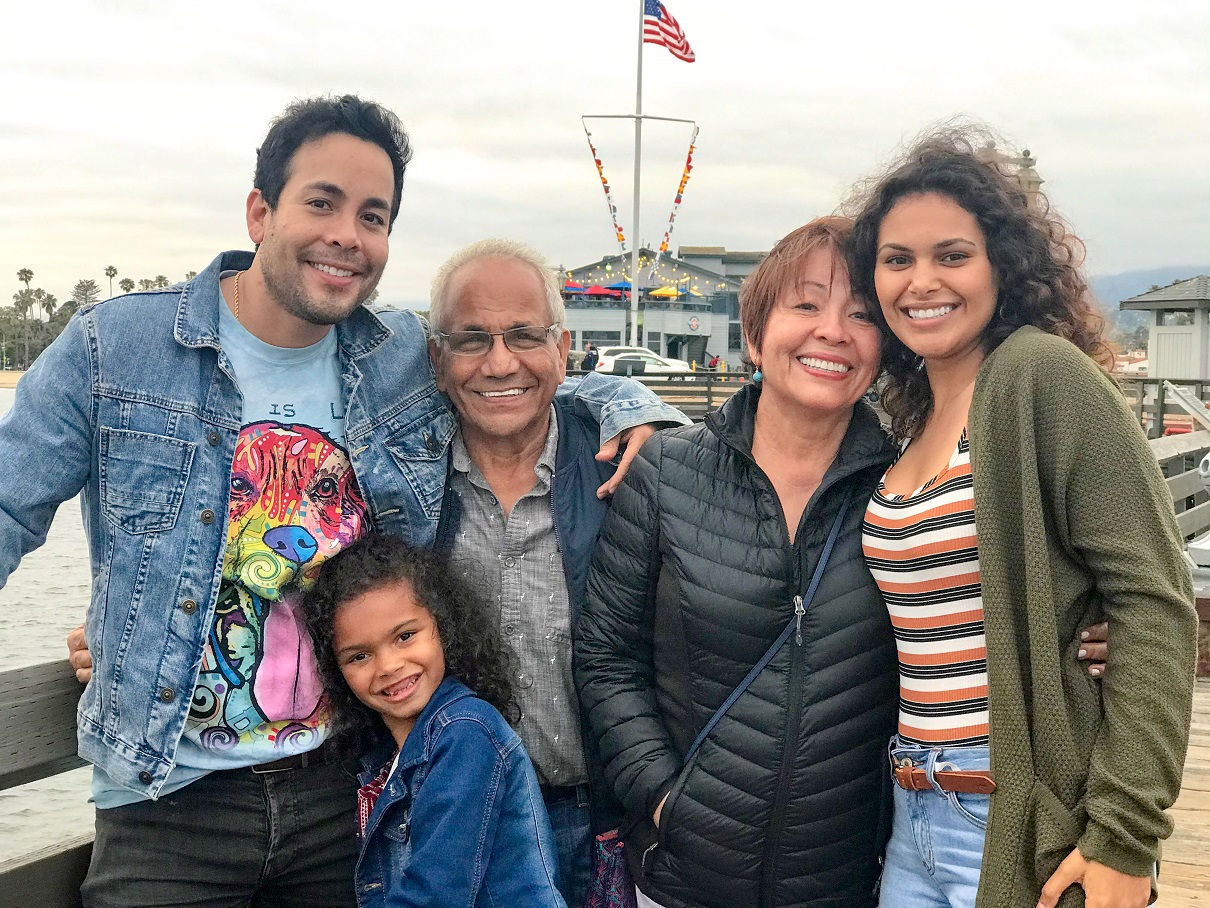 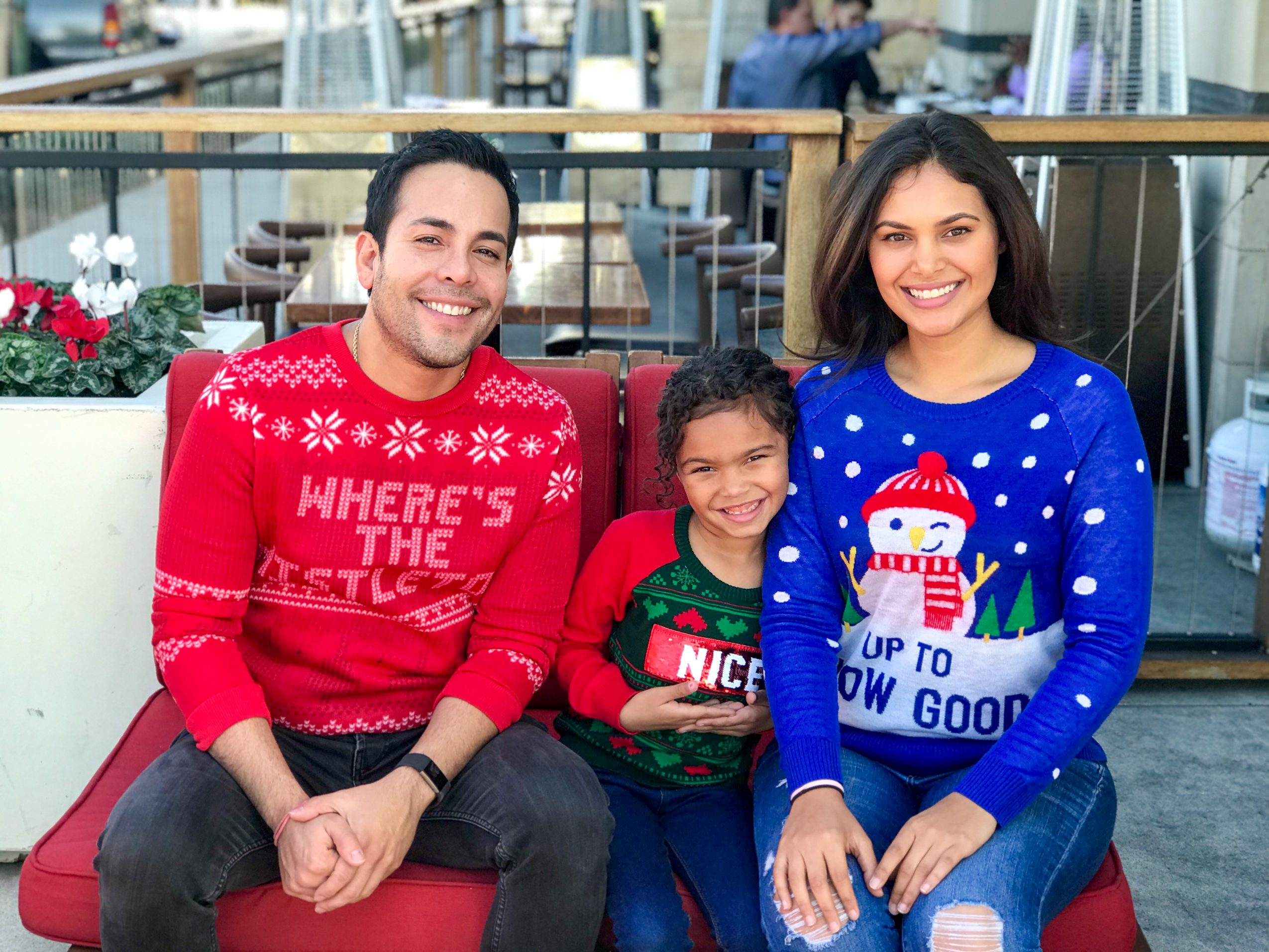