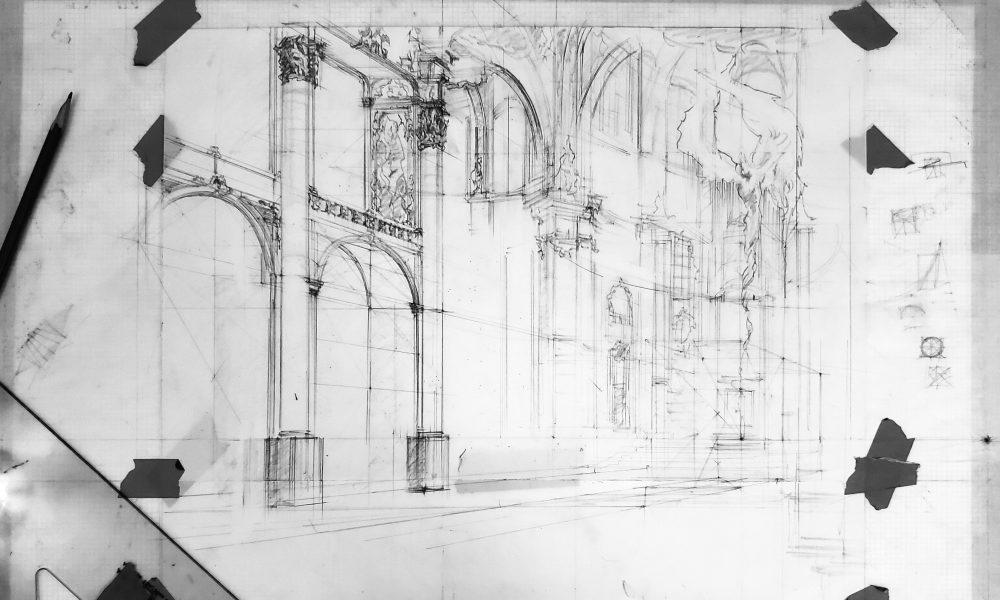 Today we’d like to introduce you to Reena Kim.

Hi Reena, so excited to have you on the platform. So before we get into questions about your work-life, maybe you can bring our readers up to speed on your story and how you got to where you are today?
I think I was too young to remember when drawing and scribbling became one of my favorite habits. However, I can confidently say that the biggest influence on my artistic background came from my mom, who is a Korean painter. My mother took me to an art museum or gallery every weekend. Of course, I did not like every exhibition I have been because I was just a kid to read implied messages of the artworks. Even though that, because I had a lot of chances to be exposed to various genres of art, I could become now-me.

My mother and I had completely different tastes in the genre of art. My mom was a fine artist and I liked cartoon movies. Together with that, I barely learned how to paint or draw from my mother because of the busy school curriculum. Until high school, both of my family and I had never expected an art major as my future career, by reason of no certainty about what I really want to do for the rest of my life. Perhaps because of my good grade in math in childhood, my parents expected me to go to engineering school, and I also naturally thought I would study what they expected for me. After all, I finally found the entertainment design industry when I fell into one commercial movie in my second year of high school.

The movie was neither a masterpiece nor a failure to mention the title, but a turning point in my life. It was a Hollywood blockbuster film set in ordinary Sci-Fi. I started watching interviews by actors and directors of that movie because I wanted to keep the excitement I felt while watching the movie. As consequence, I also restarted studying English, which I have given up. At that time, I got scolded a lot for not studying but going to watch the movies, but as a result, I do not regret it because it brought me the butterfly effect of becoming a person studying art in the United States. Probably.

We all face challenges, but looking back would you describe it as a relatively smooth road?
Now I am adapted to living in the US culturally and linguistically to maintain decent daily life, but when I first arrived in the United States, It felt like a hurricane landed in my life. Broken English, which I have learned as compulsory education for 12 years, was completely useless. Also, since it was the first time in an academic art course for me, the situation of memorizing materials and basic terms was also an everyday challenge. One day, a pop quiz was held in a class called Sketch for Design, and I wrote down Korean pronunciation in English because I could not come up with the English word of the term at all. Vertical. Triangular horn. A cylinder. A cuboid. It came to me as a shock because those are not even difficult words.

Not going to lie. That period was one of the most difficult times in my life. One day, I cried when I needed to encounter my lack of what I can do. It was a painful but also an essential moment to experience because I could figure out what to learn more, and how to deal with difficulties by myself.

Can you tell our readers more about what you do and what you think sets you apart from others?
Entertainment design is subdivided in various ways, such as character design, prop design, and storyboard. Among them, What I do is the background and environmental design.

Currently, I am studying ways to observe buildings that are flavorful of the times, such as Kowloon Walled City with Hong Kong’s history and fancy Rococo cathedrals, and to reorganize such architectural styles by mixing them with new elements (fantasy or science fiction.) As I am into drawing about old buildings which look like being from historical books, consistently realistic style accounts for a large portion of my drawings. My most confident genre is science fiction, which can be composed of a combination of pipes, wires, and rebar. As an aspiration for the later days, I want to get out of my comfort zone and try a combination of new architectural styles, like mixing Rococo style with Sci-Fi.

The usual medium I use is pencil and paper. The reason was simple. I have been always looking for photoshop brushes that feel like pencils since I started digital art, but eventually, the most pencil-like thing was the pencil itself. Further, while working, I inevitably rub the paper with my hand. I hated that part in my childhood, but now I love the random texture that was created in the process. Some features of the pencil were the part of disadvantages, but now it has become the biggest feature of my style.

So, before we go, how can our readers or others connect or collaborate with you? How can they support you?
The background or sets I design essentially require characters and stories. There is only a difference in steps for all of these things to be made. I do not want my background illustration to become a space that has never been inhabited by humans.

Since I believe that the attractiveness of the architecture is traces of the people in the past and history has been held up, I wish my illustration also can become one of those. Conclusively, how to support my art is simple. I wish the people enjoy seeing the space I designed and freely talk about how they can play around in that imaginary space. 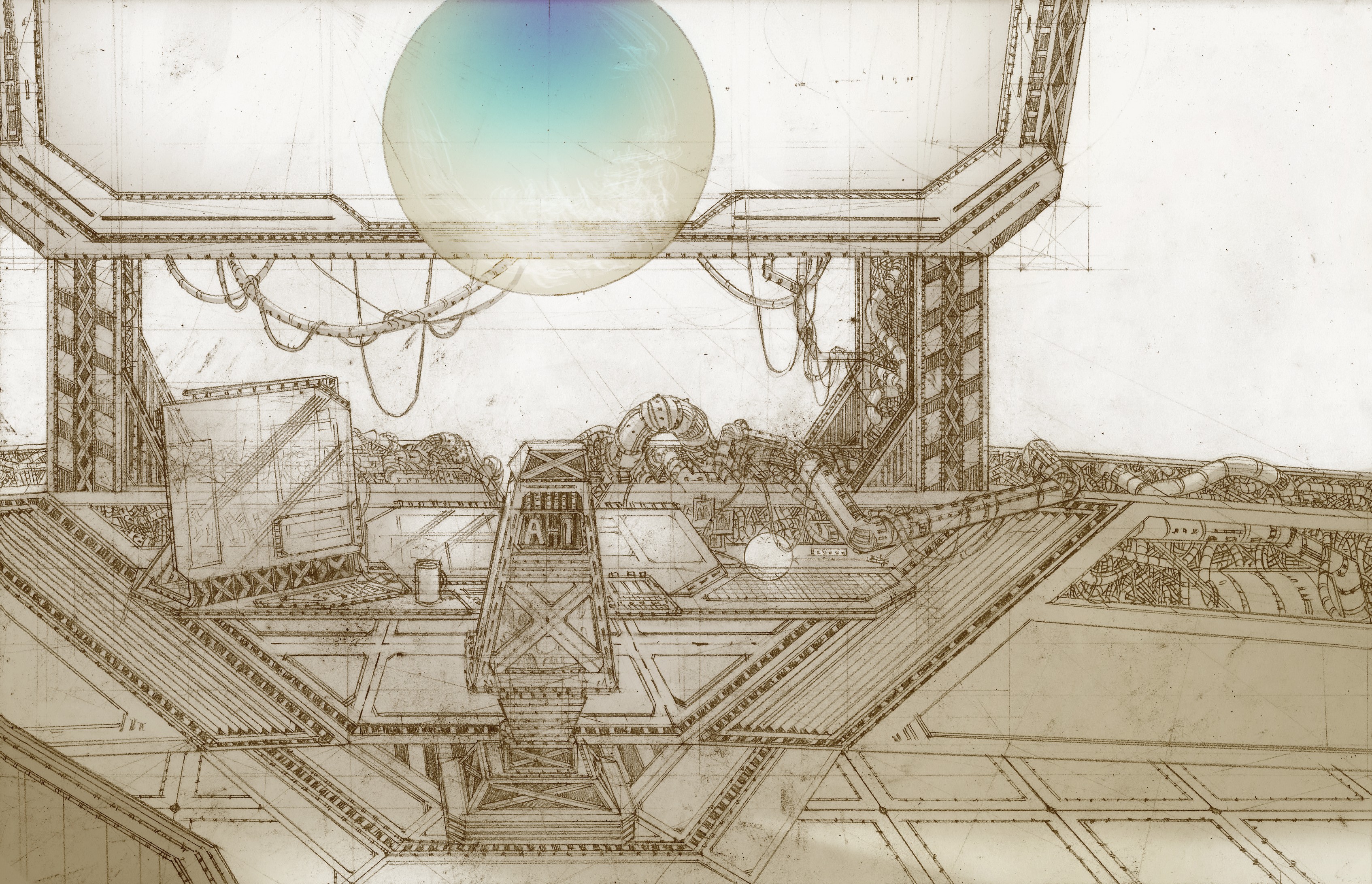 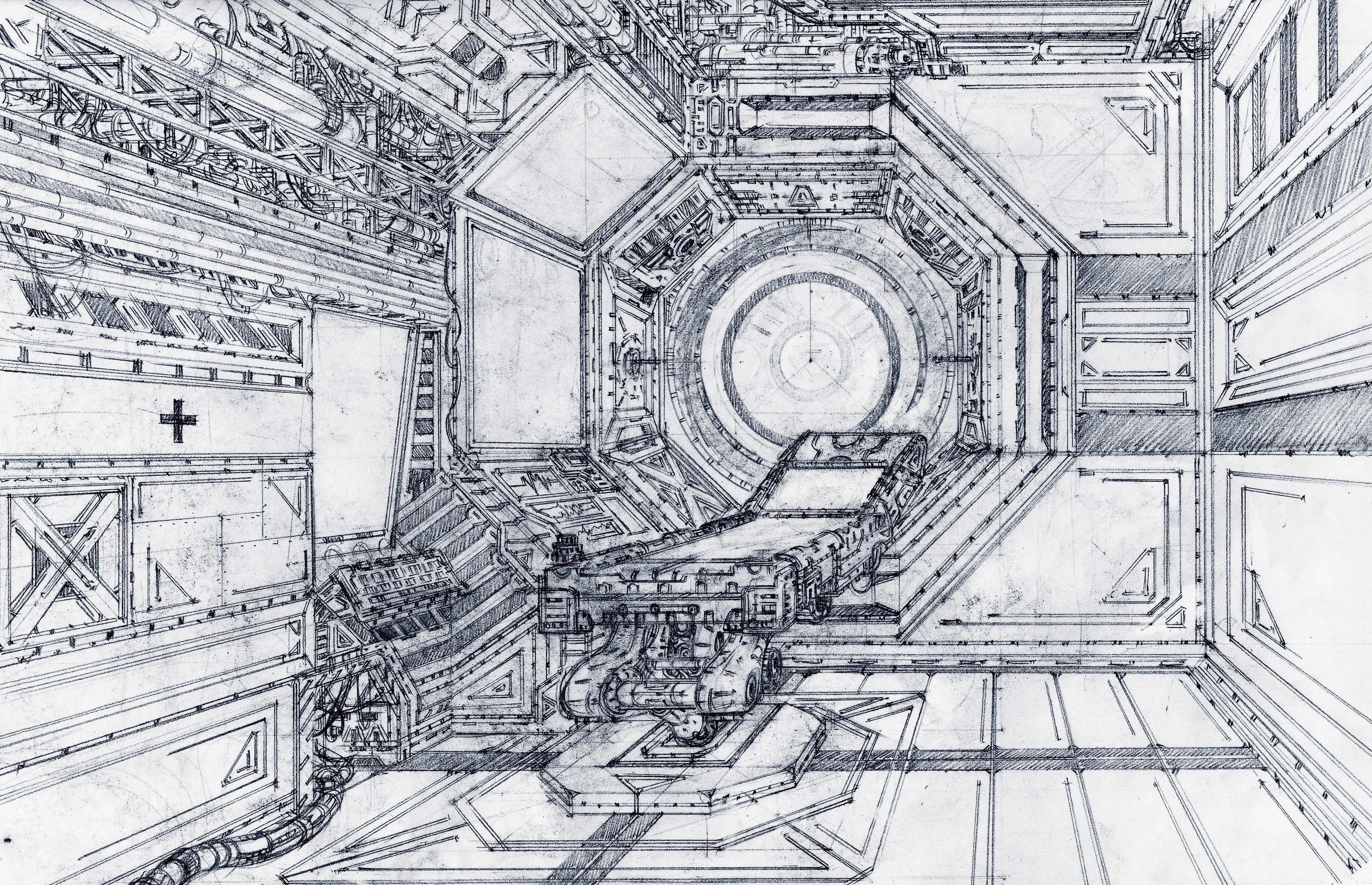 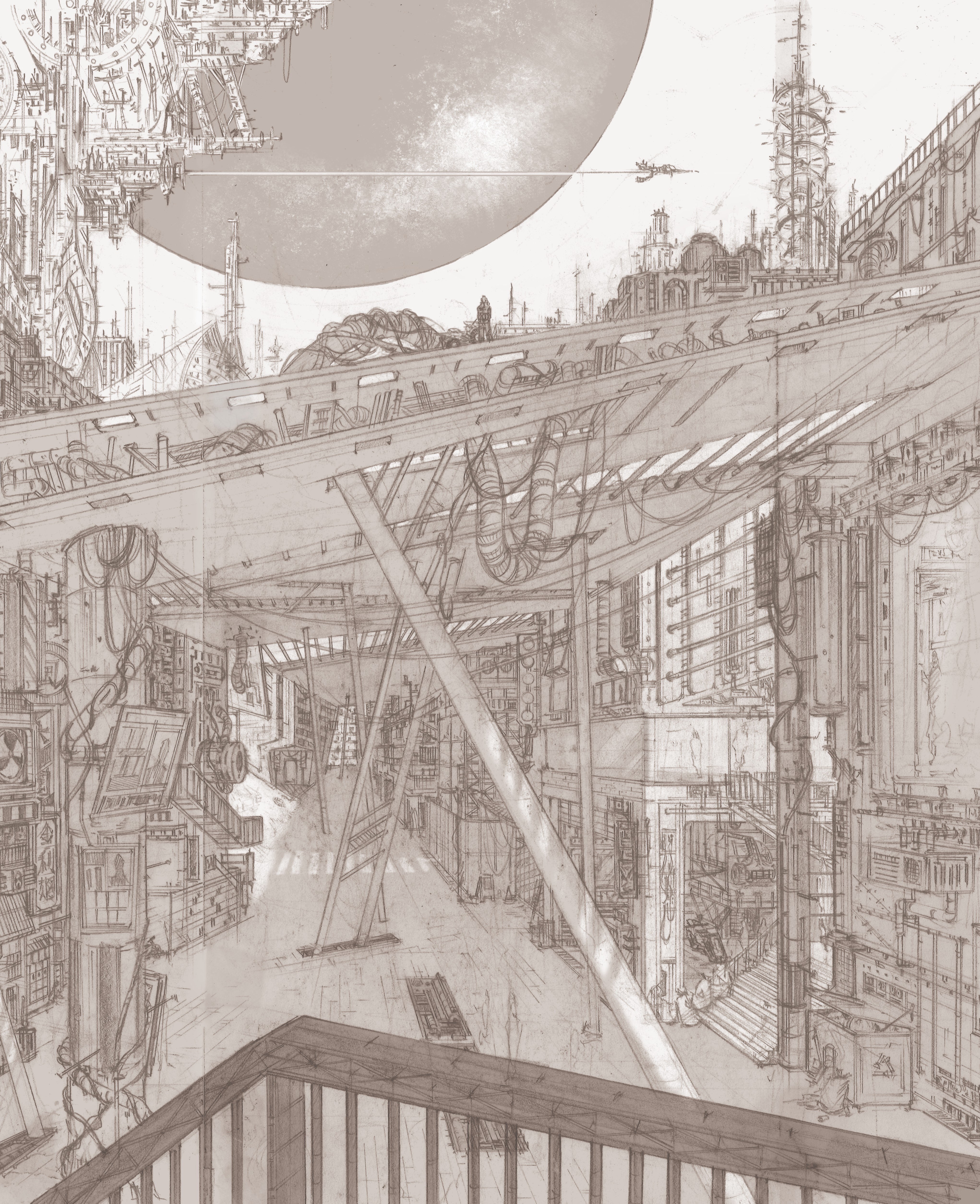 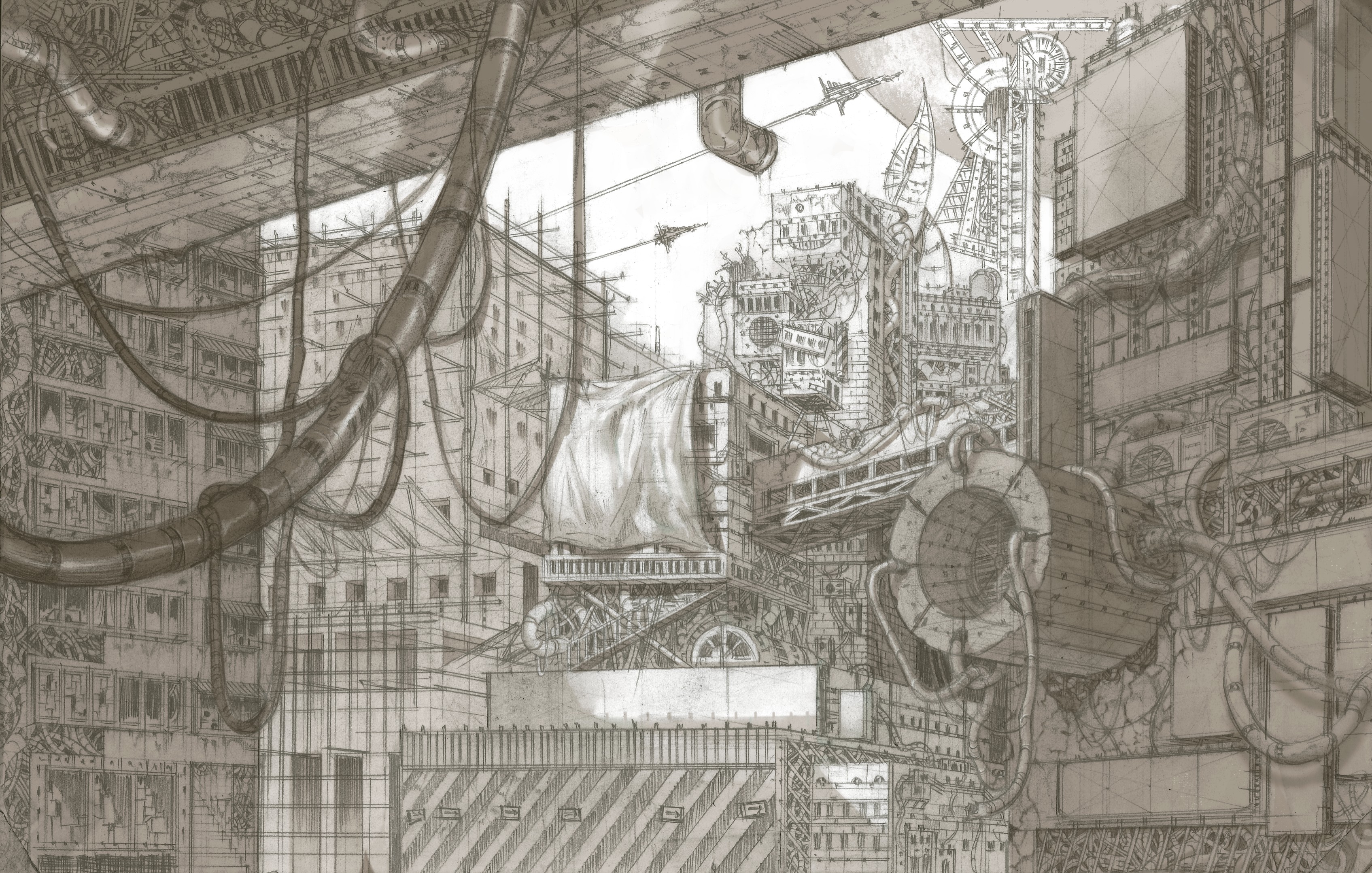 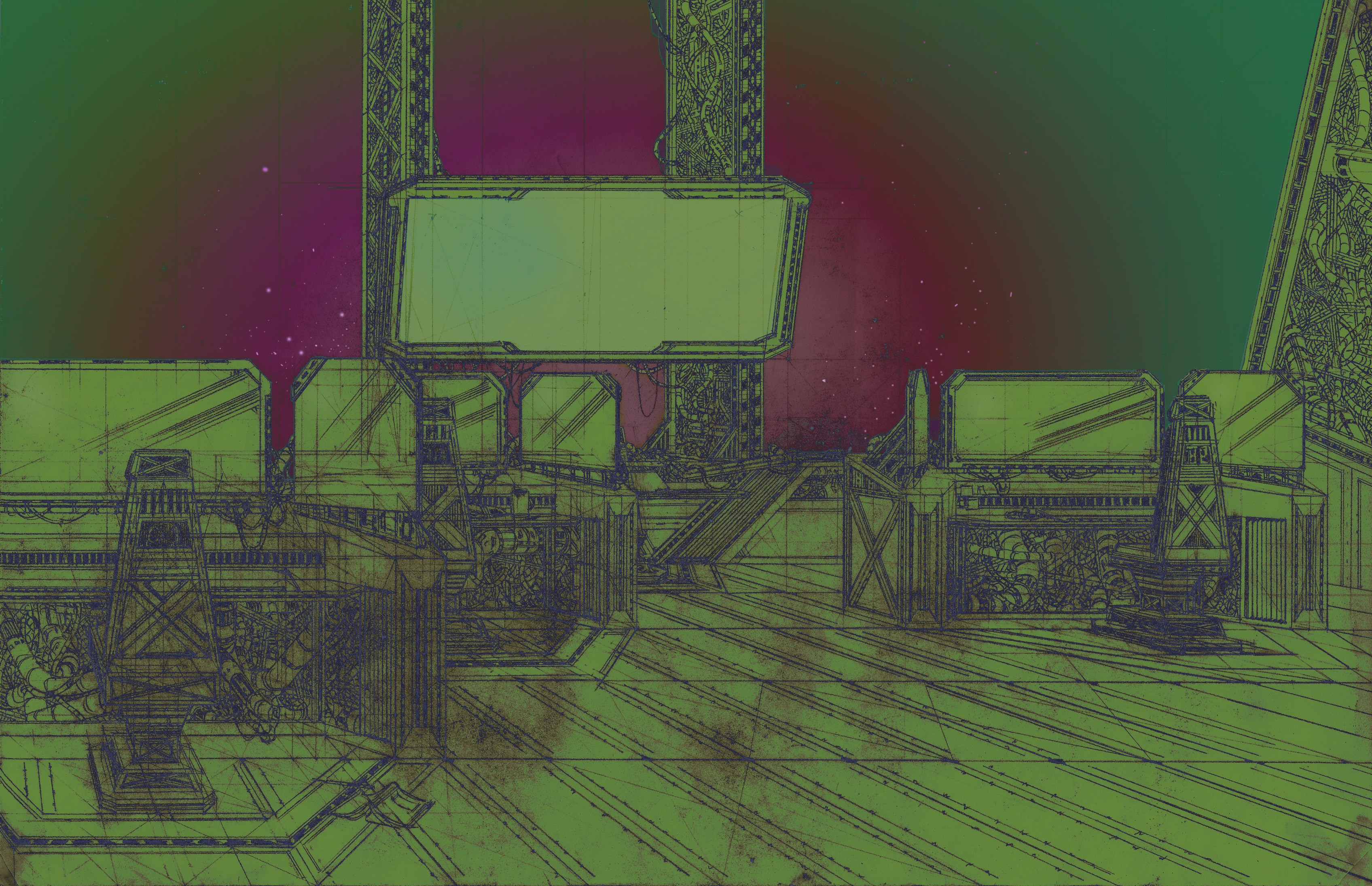