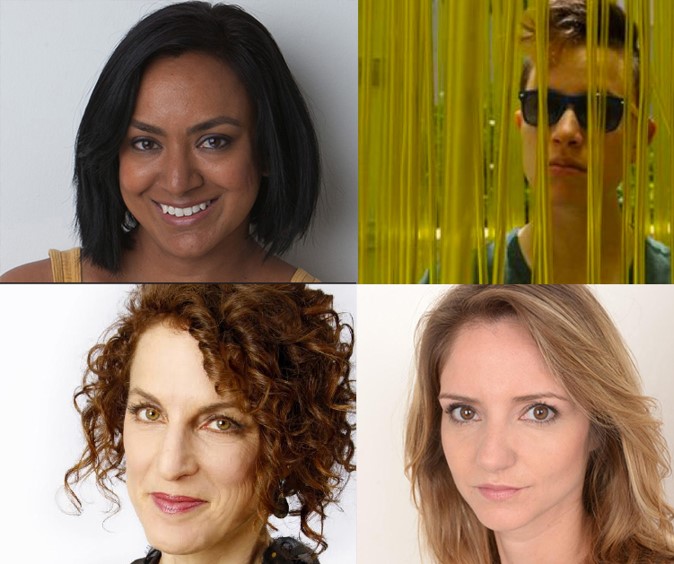 Today we’d like to introduce you to Reena Dutt, Nancy Dobbs Owen, Puppett, and Danielle Phelan.

Thanks for sharing your story with us Reena, Nancy, Puppett, and Danielle. So, let’s start at the beginning, and we can move on from there.
R: After the Parkland shooting I was shocked in realizing very little has changed since Columbine, the first shooting I was fully aware of at a high school. With that, I wanted to put something together to support gun reform – and these amazing students creating headway in the fight for common sense gun laws. I literally went to bed thinking about the issue at hand and dreamt of this piece, start to finish. I was missing the specifics – the movement. Something that takes the dialogue out of the situation so folks can focus on emotional impact without judgment, and that is when I made my call to Nancy.

N: She gave me a call one day to tell me that she had dreamed up a film focusing on gun reform, told from the perspective of students and that it was dance and asked if I wanted to collaborate as choreographer? I thought about it for literally one second and said yes. Reena and I have worked together on numerous projects over the last several years. I have worked for her in every capacity; actor, dancer, choreographer, stylist, art department. I have the utmost respect for her talent and vision. She is an amazing director and producer.

P: Reena and I were at a USA Today photoshoot for another project we were both involved in, a PSA for the #MeToo movement. While we were walking to our cars, she told me about a dream she just had for Too Many Bodies and asked if I would want to be involved and produce it with her. Without hesitation, I said yes.

D: Reena asked me to join the project, and it took me about a non-second to say yes. I believed in the vision and knew that we could all create something impactful that would hopefully move people to take action.

We’re always bombarded by how great it is to pursue your passion, etc. – but we’ve spoken with enough people to know that it’s not always easy. Overall, would you say things have been easy for you?|
N: There are always potholes and pitfalls in any artistic endeavor, but we have such a strong team, and there is always someone who is able to brainstorm a solution, so nothing ever seems insurmountable.  As far as my personal journey, sure, there are things that have gone easily and times that have been much more difficult. I am not even sure what “easy” in this industry means. I work and pursue my passion as my life daily. The ease of that is rarely a consideration.

R: Our major pothole with Too Many Bodies was losing our artist two days before filming the project. We had received an incredible amount of support, in-kind donations, crowdfunded funds, just an invaluable amount of emotional and financial support from our EP and allies, so this was a big shock to receive an email with our musician leaving the project so late in the game. But as Nancy said, we have an incredible producing team, and instead of canceling, the four of us got together and found our new music and artist overnight – and the final product is much stronger for it.

D: Any bumps in the road that we did have were pretty easy to smooth over, we had a great team and an important piece of art that had to be made.

P: We had about two plates too few at lunchtime. So I ate out of a cup! #ProducerLife

So let’s switch gears a bit and go into the Too Many Bodies story. Tell us more about the business.
R: We don’t have a formal company together, but as you can see from our producing team, we are comprised of many female-identified demographics. All of us have an undercurrent of social impact in our work. For my work, I focus on illustrating the definition of “American” and our insanely diverse and inclusive cultural fabric. I think all parts of our team contribute to that same journey in their own spirit.

P: While my background is primarily in editing and post-production, I am a director, producer, and actor with an eye on telling inclusive stories. I love that filmmaking is collaborative, and I really lean into working with people I admire and respect.

N: We all have a really strong belief that art is action. We can create change by moving people emotionally and engaging their compassion and empathy through something beautiful.

Has luck played a meaningful role in your life and business?
R: I think for me, as a woman of color who also doesn’t fit into a character archetype, being an actor for so many years forced me to see the reality of a large part of our industry (and community) – fair representation is limited for people who are difficult to categorize immediately.

My “type” is not immediately identifiable as a cheerleader, a love interest, a mother of three, or the quirky-as-hell best friend. With that, I had terrible luck with auditions. They were so few and far between that I never had luck with confidence in the audition room, and really made a nervous mess of them. It’s a numbers game, and my auditioning numbers were LOW.

Also, with that terrible luck came a need to create work for myself, and for people who had a similar experience with limited “appropriate” casting opportunities. It became a passion to create, write, produce and now direct material that fits me, my world and the people I’m proud to call my friends. Because of being an outsider in my community as well as character archetypes for so many years, I make material that is meaningful to myself and the communities that I hold close to my heart.

N: Luck is a funny word.  I have found that hard work, commitment and passion come together in ways that can sometimes appear lucky. You can be in the right place at the right time, but if you are unprepared or unprofessional, that “luck” can and will change instantly.  So, I just work to be as prepared as possible, as professional as possible, and as kind as possible so that people want to work with me. That way, I am ready for that lucky moment when my preparation and their needs cross paths.