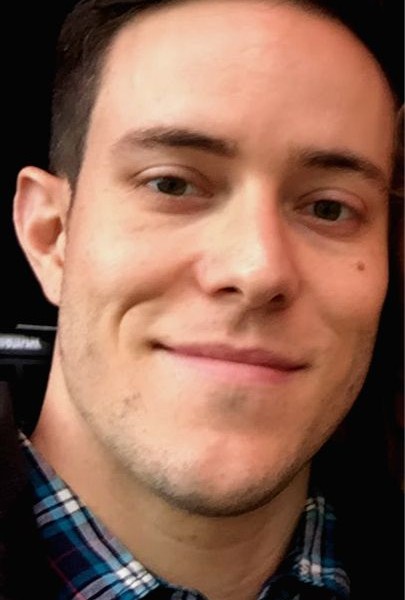 Today we’d like to introduce you to Ryan Reeves.

Ryan, please share your story with us. How did you get to where you are today?
I grew up in a small, rural town in the Sierra Foothills of Northern California, where creativity was paramount to staving off boredom (I mean, we didn’t even get our first stop light until I was 17 – that was an exciting day.) And for as long as I can remember, writing has been my creative outlet. When I wasn’t at school or playing sports or tipping cows (nah), I was writing. Short stories, songs, poems, scripts – anything and everything. I loved it, but I never envisioned it becoming anything more than a hobby.

By the time I went to college at UC Santa Barbara, I had effectively convinced myself that being a writer was simply no way to make a living unless I wanted to live alone in a secluded cabin and drink whiskey all day. Could be worse, I guess. Anyway, for two years I tried several other more “acceptable” majors that didn’t stick – business econ, communications, psychology. My Junior year, I finally relented on my self-imposed writing hiatus and applied for an honors program in English Lit with an emphasis on Creative Writing. The Dean of Admissions must’ve been sippin’ some purple drank at the time because somehow, I was accepted. The rest is collegiate history.

After graduating, I took an unpaid internship (what an idiot!) at a firm in El Segundo that did talent booking and event management. I still had no idea what I wanted to do, but in my youthful exuberance, I assumed that LA was the place to do it. And obviously moving to one of the country’s most expensive cities without a financial safety net was a fool-proof plan. I spent about 2 months scraping by on my savings, and then I got my first break when my boss introduced me to one of his former business partners, who worked on a popular TV show on a major television network. What started as an opportunity to explore Hollywood and see a live taping of a show, turned into my first job opportunity as a professional.

I spent a little over 4 years at the show, working my way up, until I was eventually recruited for my first full-time writing gig, working on a daily sports show. After a couple years there, I accepted an offer as a Creative Director at an emerging media agency specializing in content and tech, because why the hell not? The portfolio I was able to put together from that job helped me transition into a full-time freelancer for a while, which was liberating and terrifying at the same time. Suddenly I was back to my adolescent days, working on scripts, songs, copywriting and even a novel – except this time I was getting paid for it. The whole thing was wild.

One of those freelance gigs turned into a full-time opportunity working for a global sports and entertainment agency in Westwood, which is where I am currently.

My career path to this point has been winding at best, but I’m proud of that. I’ve never believed that there’s one correct way to do things. I’m interested in a lot and I get bored easily, so I do what works for me and would encourage anyone else to do the same. As long as you know who you are and are willing to work your tail off for what you want, anything is possible, especially in LA. I’ve been extremely fortunate in that the things I’ve learned and the people I’ve met have helped to open a lot of doors for me and have made me well-rounded. I’ve experienced a lot, but I know I’ve still got a long way to go and I’m really, really excited about that.

Has it been a smooth road?
I think anyone who has spent enough time pursuing something worthwhile will encounter bumps in the road – it’s inevitable. I’ve certainly had my share of struggles. Those first few months after I moved to LA and was working for free were tough, and in the entertainment business, there’s no real guarantee that you’ll have a job tomorrow, no matter how good you are at it. That’s just part of it all and I accept that. Psychological hurdles can be tough as well because, like a lot of people, I’m my own greatest critic.

The most obvious (and to be honest, morbid) challenge that I’ve had to overcome to this point in my life is when I was diagnosed with bladder cancer in 2009. It’s something I rarely talk about, so, of course, let’s talk about it now! But really, it was one of, if not the most significant moment in my life to this point. I was 23, still trying to figure out how to survive on my own, and boom – suddenly I was fighting just to survive in general. Looking back, though, I was very fortunate. The doctors caught it relatively early, and I had some of the most amazing people in my life – my mom, my friends, this cute girl who has since become my fiancee – who took time out of their schedules to be with me and help me stay positive throughout the treatment process. Now I’m proud to say that I’ve been in remission for 6 years.

More than anything, it helped me gain a lot of perspective on my life and I’m grateful for that. I have a tendency to overthink, but once you’ve been through cancer, you realize that most of the things we worry about on a daily basis are pretty trivial. You learn to embrace who you are and you become less afraid to make mistakes because in the end you truly never know when it could all be taken away. And for anyone who has fought, is currently fighting, or has in been touched in any way by cancer, stay strong. You can do this and you’re not alone.

What are some of the influences that have played the biggest role in your journey so far?
Well, first and foremost it’s my mom, who is the strongest, most resilient person I’ve ever met. She raised me as a single mother who went through a lot of hardships, but she always instilled in me the belief that I could be anything and do anything that I wanted. She’s a rock star, plain and simple, and I owe her a great deal.

Professionally speaking, there have been a lot of people who have played a pivotal role in my career, but I would have to point to two in particular. Nick Zaccagnino, who gave me my first job in LA and taught me a lot about the entertainment industry. I was working for him when I got my first big job offer at a Hollywood TV show, and he was selfless enough to suggest that I take the job because of what it could mean for my career going forward. He could have easily lobbied against it so that he didn’t have to hire someone else when I left, but he didn’t.

The second is John Carlin, who was Nick’s business partner for years. He’s the one who put himself out there to get me my first big job in Hollywood and was a really valuable resource while I worked on the show. Both Nick and John are great guys who are extremely well connected within the industry, and I feel very lucky to have them both in my life. We still talk often.

The importance of a robust professional network really cannot be understated. You never know where your career path may lead, but the more people you know, the better chance you have of following that path to something amazing.

What kind of work do you look forward to most?
My favorite types of projects are ones where the reins are loosened. By that I mean, the creative process is open to interpretation. Depending on who you work with or for, sometimes your hands can be tied by the expectations of others. They see things a certain way and aren’t inclined to waver from that, and so you’re kind of stuck in that box, trying to find creative solutions that only exists within a certain set of parameters. It’s kind of like navigating your way through a dense forest or maze with only a portion of the map.

Creatively is (and should be) wholly subjective. What one person may think is the greatest idea in the world, may seem like the most asinine to someone else. But in that sense, if you work on a project that is open to interpretation and allows for the exploration of many different avenues of creativity coming from different people, the whole world opens up. It is in those moments where you discover things that you would never have otherwise, and you feel like you’ve truly accomplished something.

As far as something I’m looking forward to, I recently transitioned into a new department at my job, focusing on the myriad athletes that my company represents. I’ll be performing creative work of all kinds for some of the best and most interesting athletes in the world, and I couldn’t be more excited about that.

What have been some of the most important lessons you’ve learned over the course of your career?
I try not to dwell on the past too much if I can help it, but the main thing for me would be to have committed to my future a bit earlier. I’ve always been interested in a lot of things, so I spent a lot of time bouncing from one career idea to another. This mindset lingered well into my 20’s. While a lot my friends had developed defined career paths out of college and were well into their professional careers, I was still doing the whole, “Well, maybe I could do this, or maybe I could do that,” type of thing. I couldn’t settle because I couldn’t stop thinking about what I’d be missing out on if I did. I never realized that I didn’t have to do just one thing for the rest of my life.

But now, you see a guy like Elon Musk, who has so many interests and he seemingly pursues them all, to great success. Not that I could hold a candle to him or anything he’s done, but he’s a perfect example of the new way of thinking. Diversity in passions and in skills is, as Jacobim Mugatu once aptly put it, so hot right now. And it’s also what I’ve always believed. The career I have now allows me to pursue all kinds of other interests without having to compromise to thrive. Had a known this 10 years ago, maybe I’d be further along in my career or making more money, but maybe not. That’s okay. The only thing that matters now is that I’m happy with where I am and ecstatic about where I’m going.