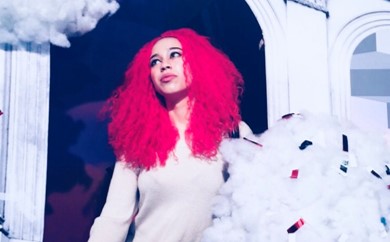 Today we’d like to introduce you to Rebecca Tessier.

Rebecca, can you briefly walk us through your story – how you started and how you got to where you are today.
Like so many people in LA, I always thought I wanted to be an actor. I went to a performing arts elementary school, then middle school, and then, you guessed it, a performing arts high school. But it wasn’t until the last few months of high school that I realized what my real passion was — writing.

There are two moments (ok actually maybe three) that I realized that I wanted to be a writer, and later, a playwright. The first was when I was twelve and read The Shining. I know really light stuff for a twelve-year-old. But that summer, I couldn’t put it down. And that’s also the summer that I got a quintessential writing tool — a cat. Her name’s Chewy by the way.

The second moment was near the end of high school when we had juries. For all the non-theatre geeks out there, juries are a kind of “make or break” early-career moment. Your main teachers, or if you’re at university level, your professors, get together and sit behind a table and tell you whether or not you have what it takes to become a professional artist. Real light, fun, easy stuff. And while I mean for that to be read sarcastically, I actually was not scared for my jury.

Half because juries were a completely new and unfamiliar concept for me at the time and the other half because I was numb after putting all of my past traumas at the forefront of every college application (I got into USC by the way). So, when my favorite teachers told me that I need to let go if I intend on actually pursuing an acting career, I thought, “Naw.” And that was that. After some adult reflection later on, I realized that I am much more comfortable being behind the pen. I can only bear it all on stage because I’m not actually on stage.

The third and final moment was again during high school. My drama class was given an assignment to create little cohorts and create a theatre piece. Each cohort had to pick who was going to be the writer, director, and actors. I naturally fell into the writer’s role. And after creating this really absurdist piece, collaborating with some of my really talented classmates, and watching them perform it, I knew that I didn’t ever want that feeling to end. And it didn’t have to, except for the fact that just a few weeks later, I realized that I got into USC for ACTING.

USC was fine, but I really didn’t do any writing. I saw some dope theatre, had an amazing job at the Natural History Museum and spent a year abroad studying in Paris. But I didn’t write a single scene until my senior year. But obviously, that’s not the end of the story. After four years of barely writing, it was time to reignite my fire.

Fast forward to now: I recently completed grad school and got my MA in Dramaturgy and Writing for Performance from Goldsmiths University of London. My play, TALKING BACK: A Night of Black Verbatim Theatre, will premiere and tour throughout London and I’m excited to return home so it can eventually have its LA premiere (and, frankly, to never experience a real winter again).

Has it been a smooth road?
It has not by any means, been a smooth road. But it has totally and completely been worth it. I was raised by my Black single father, and while he was and still is amazing, you can imagine what not having my mom around during significant milestones was like. Finances were definitely a hurdle as well. And I know I can’t hit that “defer” button on my student loans forever. Breakups, watching a roommate fall into addiction, losing friends… It all contributed.

And even I myself was one of my own hurdles. Laziness, depression, lack of confidence… But I got through it. Some of it, I’m actually still getting through (if I thought undergrad loans were bad, now I have adult grad loans to worry about). But it’s all thanks to my support system. I don’t know how much I believe in “fake it ‘til you make it” but I definitely believe it hype men (and women). Just having someone in your corner, even if they’re the only one there, makes a difference.

We’d love to hear more about your work.
If I could describe being a playwright in any way, I would say that I’m a professional world builder. I mean, it’s even in the word — playWRIGHT. A builder of plays, a builder of worlds. I love meeting new artists and collaborating on a play. That’s my favorite part of this craft — collaborating with others. A show is never my show, it’s OUR show. I love that you need other people to make theatre. It keeps me humble. And even non-artists are important. You can’t have a show without an audience.

I feel like every accomplishment immediately becomes my proudest. I was proud of being accepted into a year-long program in Paris, where I studied theatre. I was proud of landing an internship at Skylight Theatre Company and later, a fellowship at Center Theatre Group. I was proud of co-producing and writing for a ten-minute play festival for three sessions. I was proud of every assignment I got a good grade on in grad school. I’m proud of my upcoming show that’s going to tour in London. I’m proud of every moment that I complete a piece of writing. Even if it’s just a scene. Even if I wrote for an hour and only five minutes of that material is usable. No small accomplishment is too small for me to celebrate.

What sets me apart is my voice, drive, and audacity. I love magical realism and horror. They are my absolute favorite genres, but horror especially isn’t easy to pull off, especially on stage. But that’s why I love it; I love a good challenge. Recently, I was talking to the woman heading one of the venues where TALKING BACK is going to tour. We were talking about the space and she was telling me about some of its limitations: the stage is small, the venue itself is small, the backstage area is so quiet that you need a baby monitor to hear cues, etc… And after she was done talking, I told her that I’m even more excited for my show to tour there. She replied, “I know we’re going to work well together.” And funny enough, this won’t be the first time a baby monitor was an integral part of my work. But that’s another story.

When it comes to the subject of my plays, my favorite topics to explore are the ones that we don’t. The ones we sweep under the rug. The elephants in the room. The things we think we’ll be judged for bringing up. Those are the things I want to give a voice to. My thesis play for grad school was about the relationship between the straight Black and white queer communities. My next show, TALKING BACK, encompasses two plays: BLACK WOMEN DATING WHITE MEN and PRESENT BLACK FATHERS. Both tackle stereotypes and both celebrate. No matter how dark or light my plays are, I always present the other side. A good horror piece always has a bit of humor. And magical realism can’t work unless it’s magical AND real.

Is our city a good place to do what you do?
Starting a playwrighting career is difficult anywhere, but I think it’s especially so in LA. When I was looking at grad schools, just the price alone was enough to make me give up. Three years at USC would have cost me $60,000 PER YEAR. I would have to be busting out Broadway plays every year to make that back before I died. So cost is a big issue, and time as well. I opted for a nine-month program in London instead of three to four years in LA.

And the opportunities in London far outweigh the ones in LA. In London, I was able to get BLACK WOMEN DATING WHITE MEN workshopped the same month that my program ended AND I made money from it (£30, but still). This type of opportunity is unheard of in LA, which makes me sad. It’s sad that our government doesn’t value the arts. A community heals and thrives when the arts are funded. 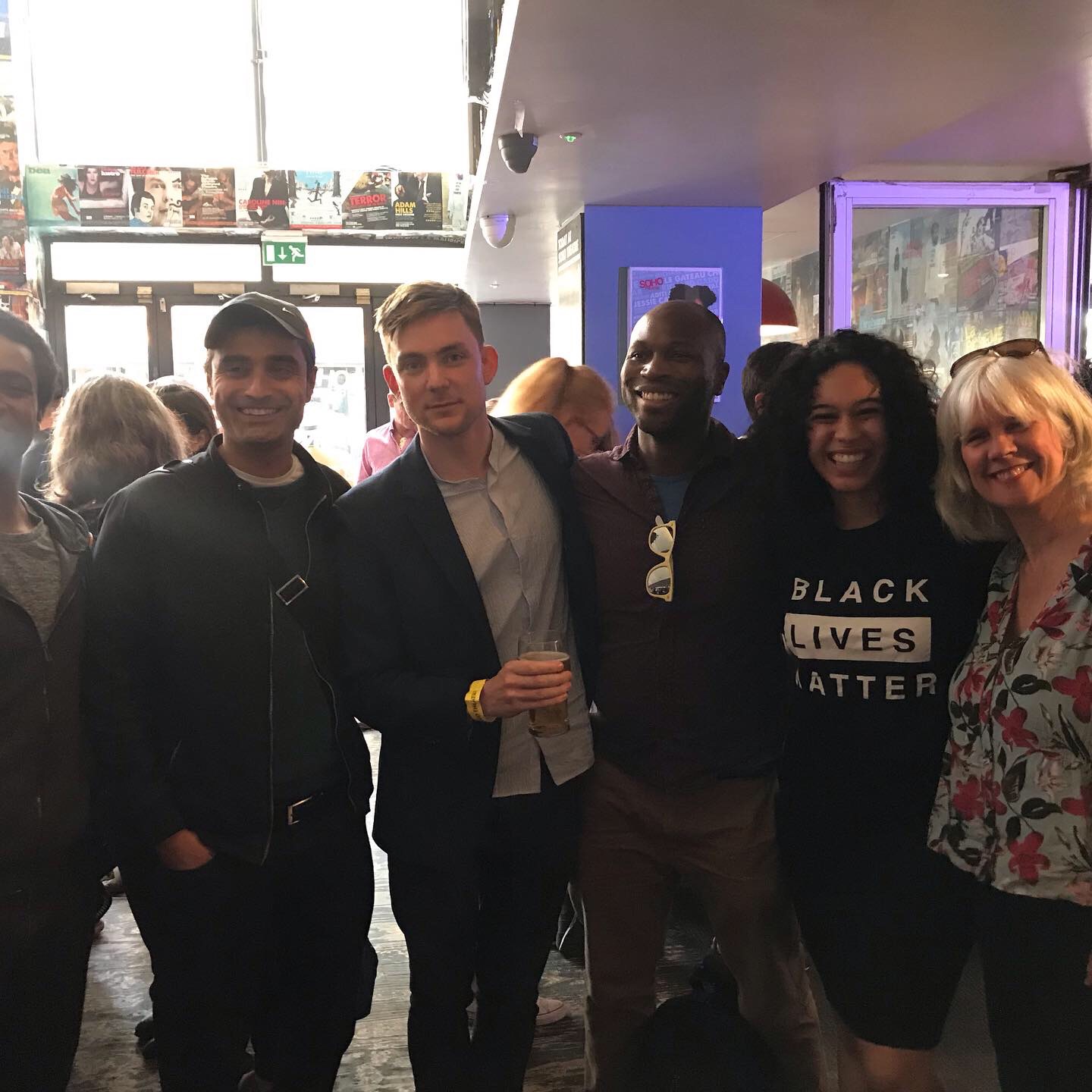 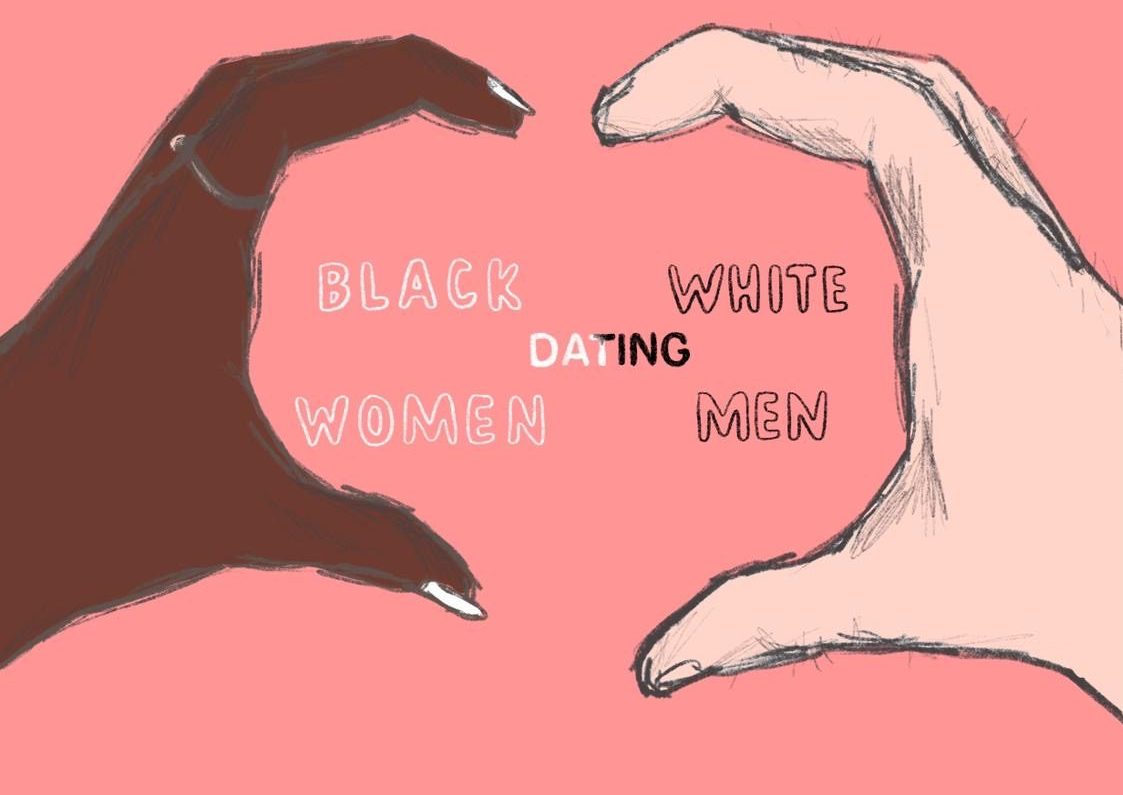 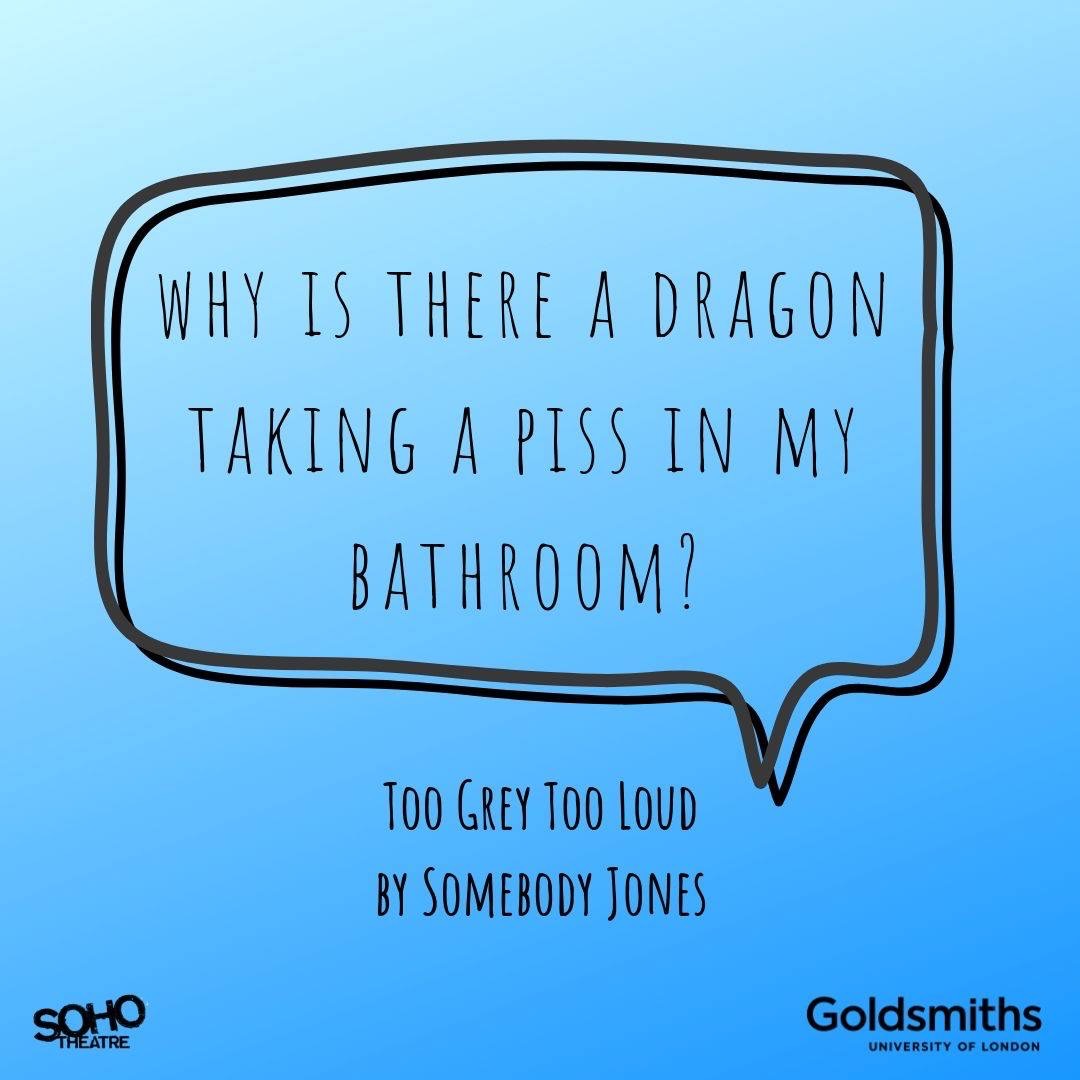 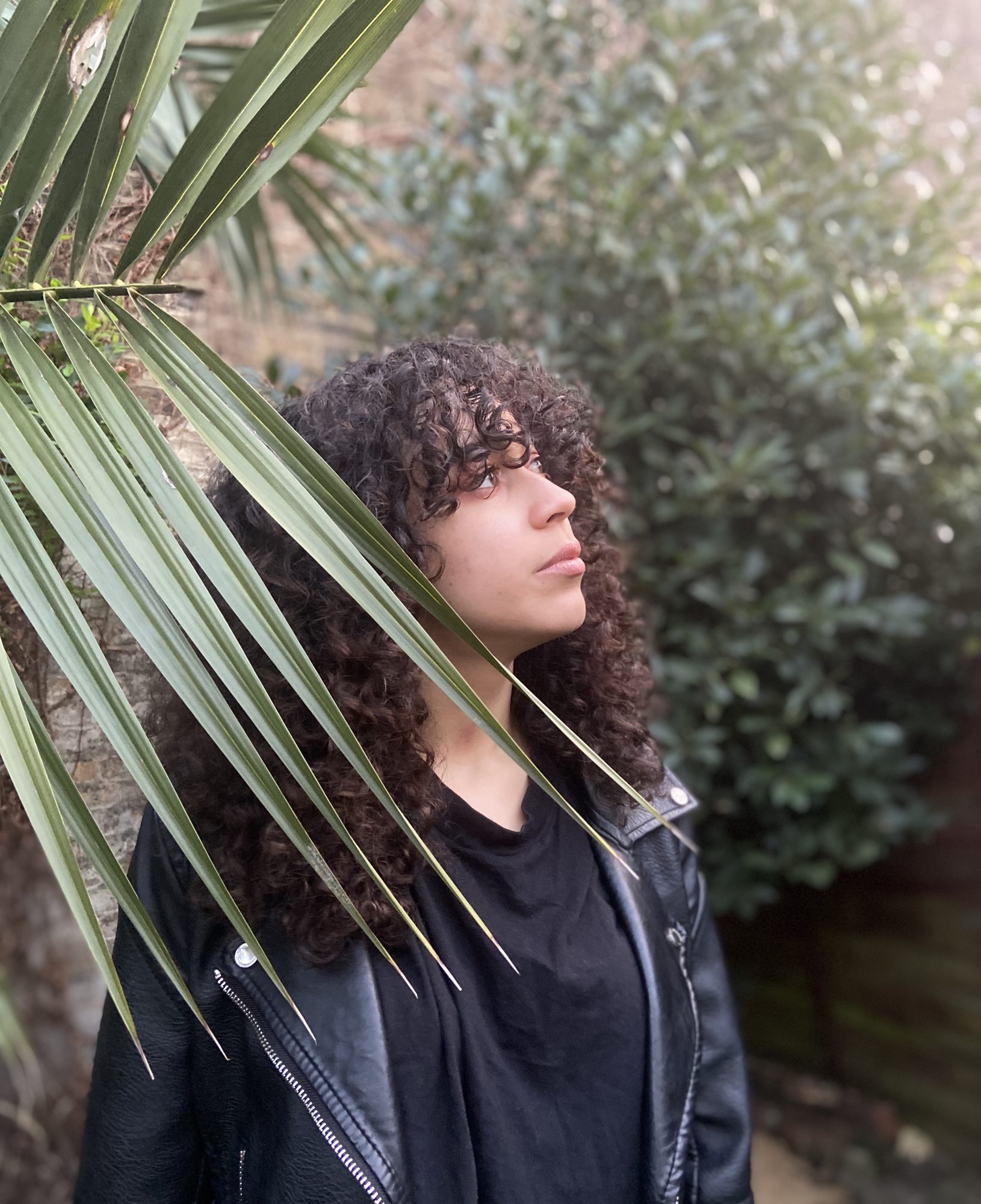 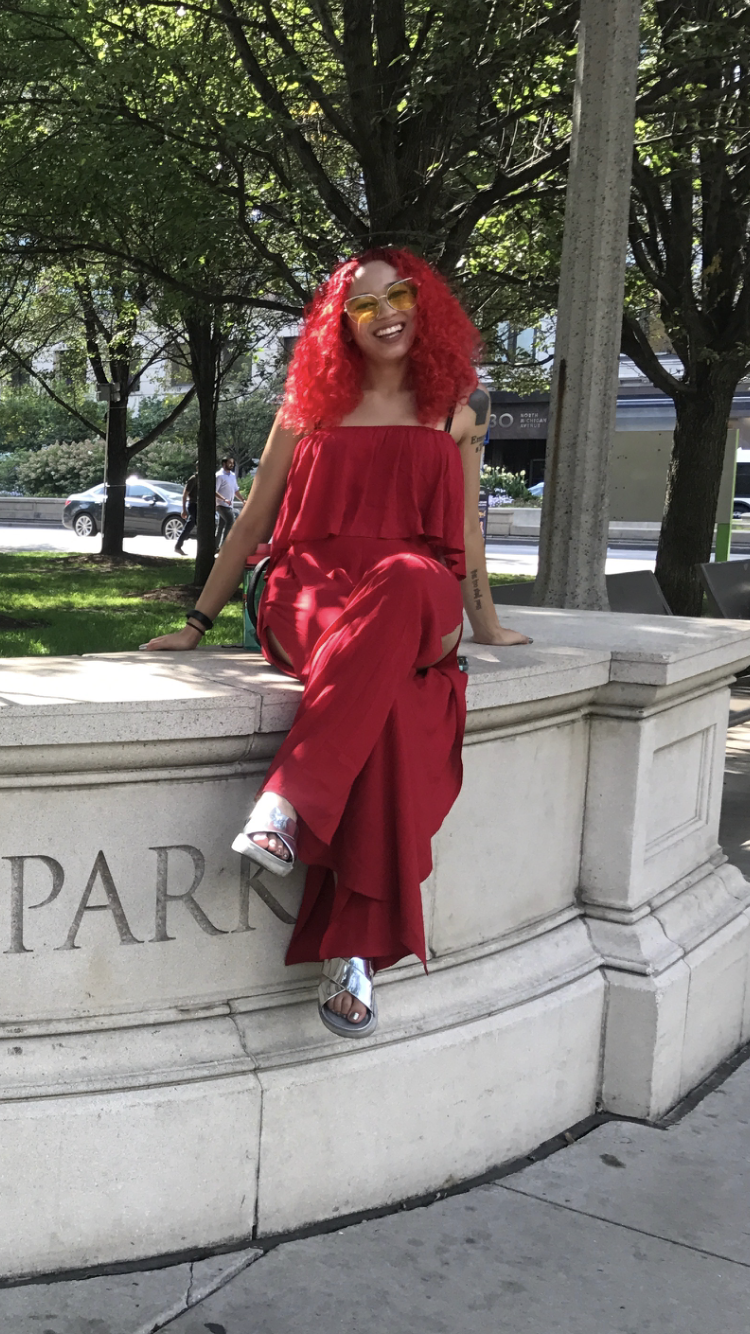 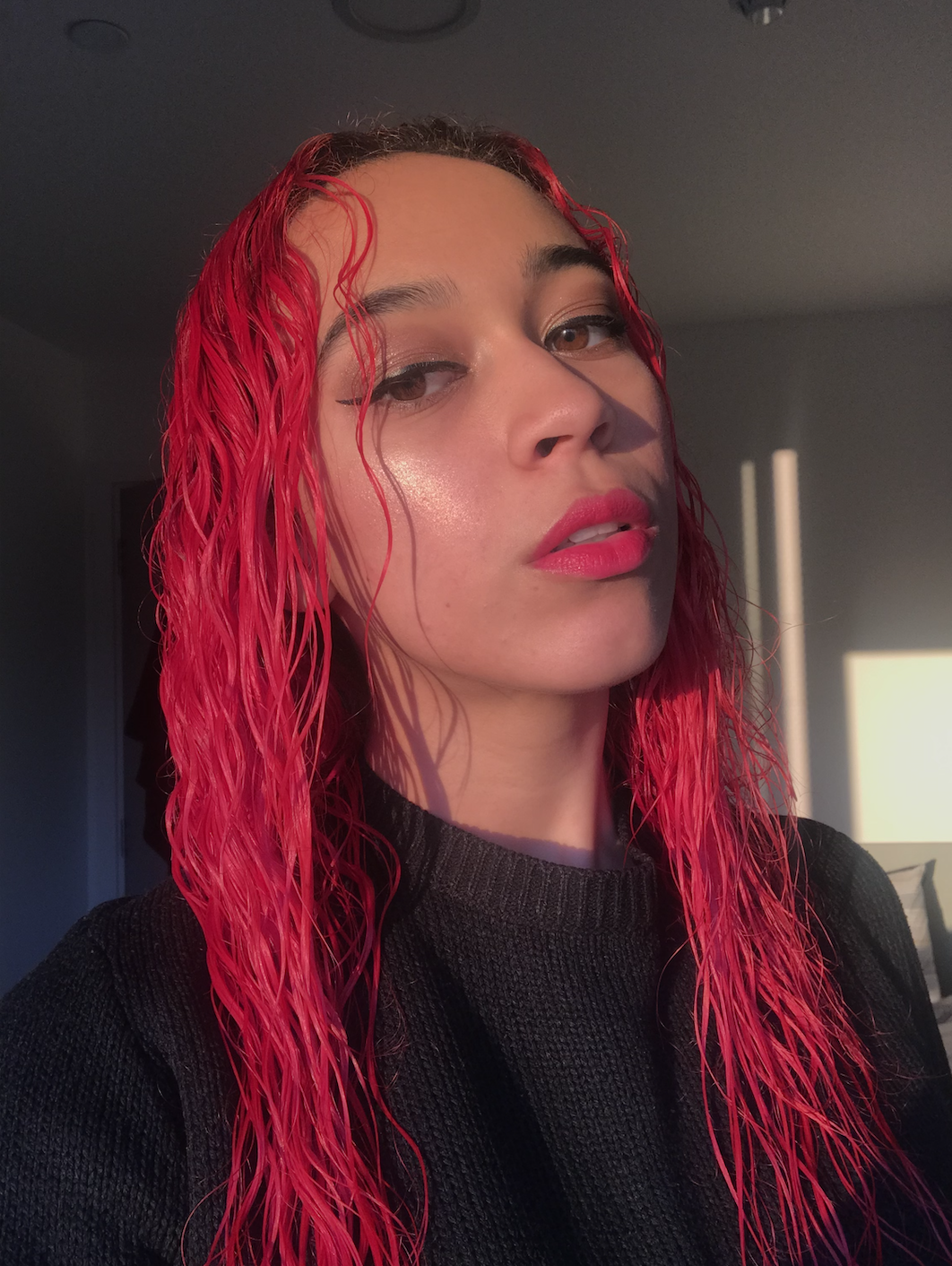 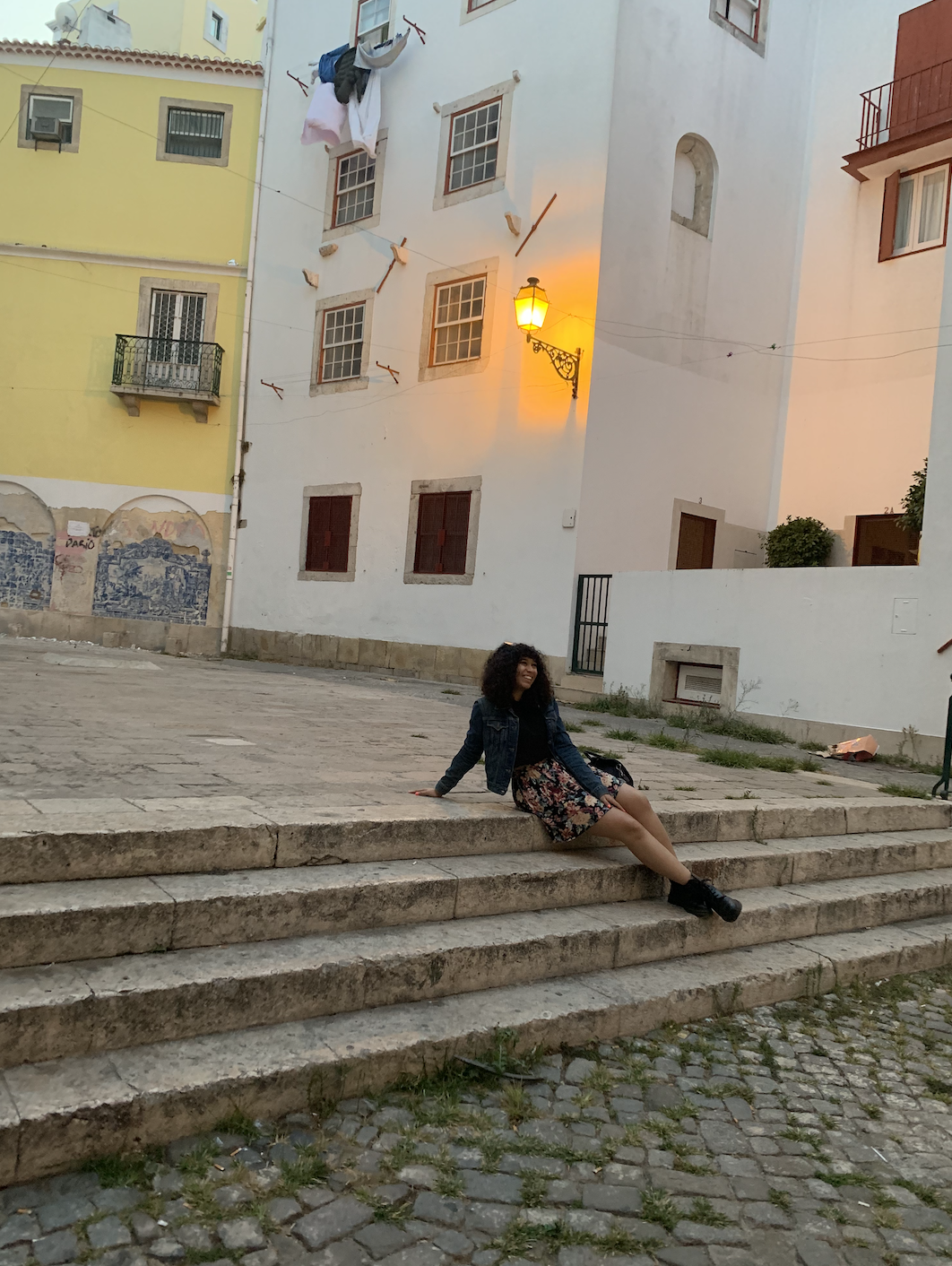 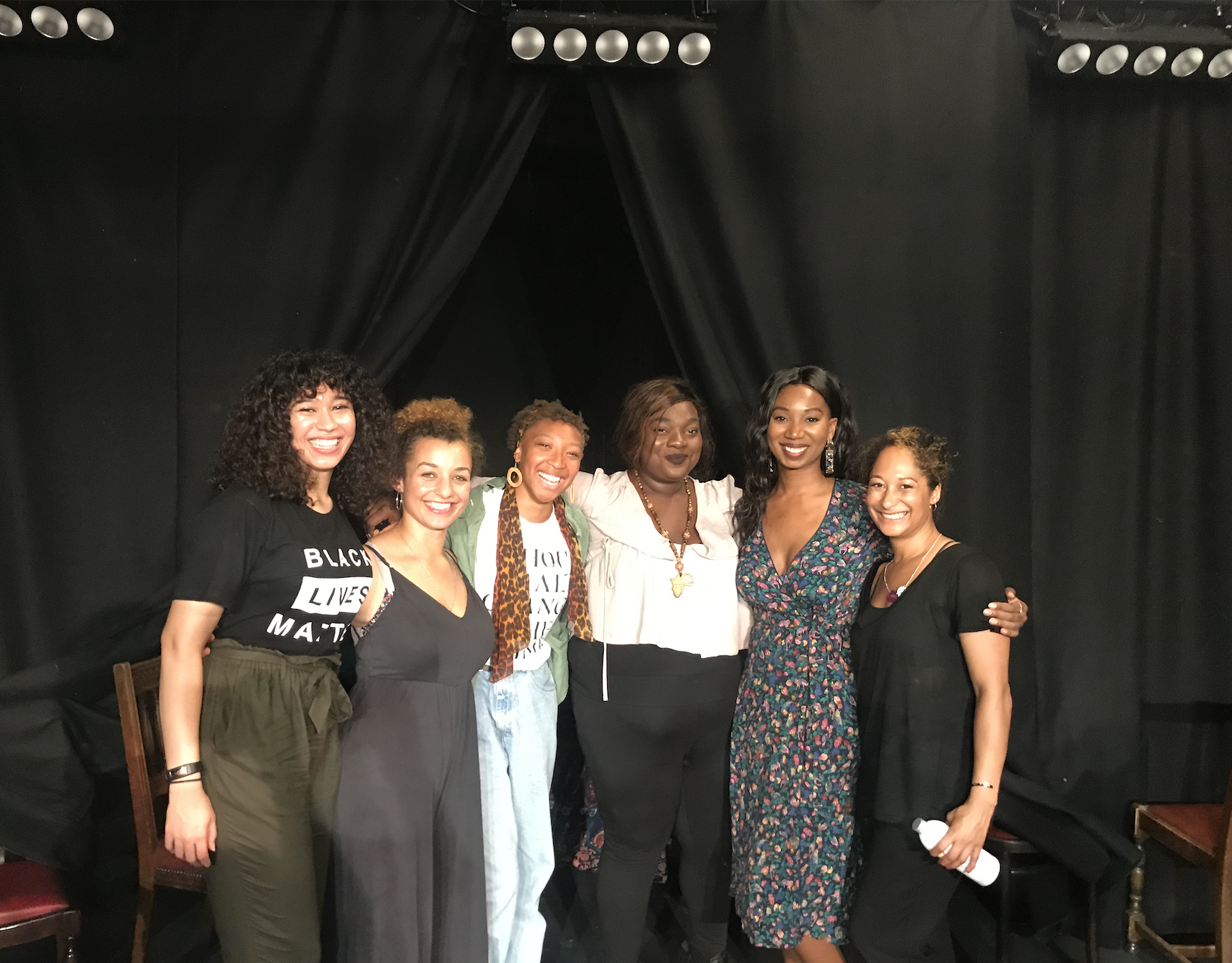