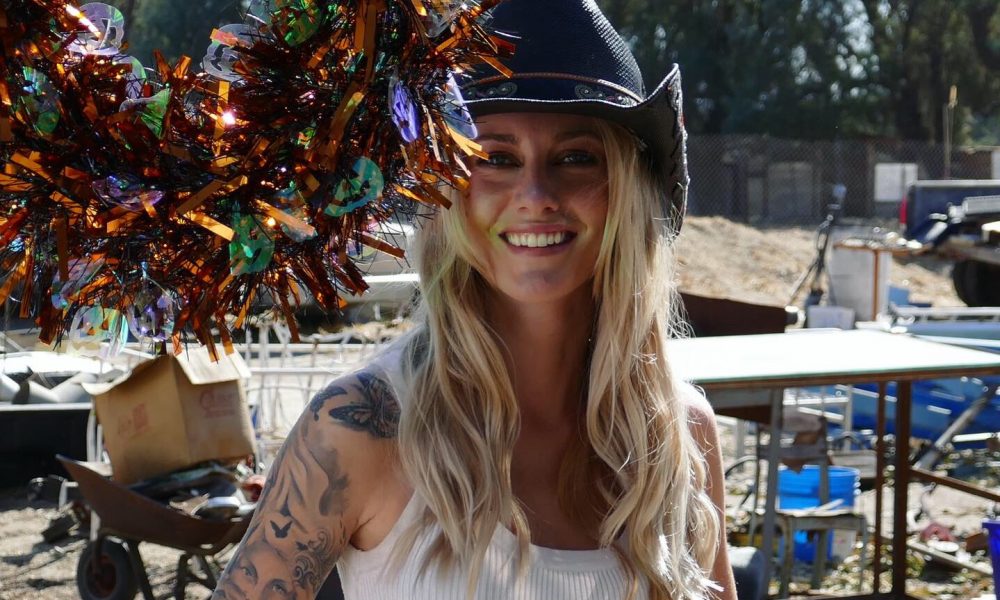 Today we’d like to introduce you to Rebecca Tarabocchia.

Rebecca, can you briefly walk us through your story – how you started and how you got to where you are today.
I’ve always known what I wanted to do. I just never had the chance or courage to pursue it. I come from a very small town in South of Sweden with around 4000- 5000 people. No art, no music, quiet streets, one tiny little movie theatre who only shows a few movies a month. I knew I had to get out of there. I spent a lot of time watching movies in my room on my DVD. I didn’t just watch the movies, I observed, how the story was told, what made me get so drawn into this movie, do I believe the actors, what are the extra effects for making this scene so special or so great. I’ve always been very critical so I only have a few movies that I’m really impressed by, but I’ve always known that I wanted to be apart of creating this kind of art and acting has always been my number one. So, I found a school in Los Angeles when I was about 14 years old. I remember I had this old and thick computer and it was not long after the Wifi first came. Me and my family was fighting about who’s turn it was to use the computer since we only had one.

But one day, I found this acting school. Unfortunately, it didn’t take me long until I realized that it was never going to be possible because it was so expensive. I told my parents that I wanted to become an actress but they turned me down immediately and talked me into other directions. It wasn’t a very popular business. Years later, I had been traveling and working with different stuff. I had a great journey and I’ve met so many great people and seen so many cool places. But it was never enough. Two and a half years ago, I had a cigarette on my balcony with a friend I hadn’t seen in a while. He told me that he was gonna go to Los Angels and study at Santa Monica College in a few months. I was so happy for him but also very jealous. My biggest question was, how are you going to pay for that? He told me that he was going to take the Swedish student loan, everybody, take for their schools and then he told me about this website who has schools all over the world and all of them have access to the Swedish student loan. I asked him if he ever saw any film schools on that website.

A moment later, he said the name of the school I found when I was 14 years old. At that moment, I knew that there is more for me in life. It is possible! I applied, I got in, I quit my job, canceled my apartment, got rid of everything I owned and I left. And that is the scariest but the best thing that I’ve ever done! I went to school for a year. I’ve learned soo much and I’ve met the most amazing people. And for the first time in my life, I feel home. I finally know who I am and what I’m supposed to be doing. I hang out with people who share the same passion as I do. I get to use my creativity for once! I’m not gonna lie, it’s been very hard. I’ve been working extremely hard, It’s been very struggling and I’ve never been this financially poor in my life but God… my heart has never been richer and happier. I get to do what I love to do and I’m never gonna give that up. I’ve been lucky to have found people who believes in me and who enjoys working with me so today, I actually have some cool upcoming projects that I’m very excited for. My life is never boring anymore. I apply for new jobs every day, I do audition tapes and auditions, I have meetings, I contact people and people are contacting me for collaborations and… and… I don’t know. I just always have stuff to do and none of it is ever boring. So today, I woke up early to break down a short script I got last night because later today, I’m meeting up with a director for a coffee in the sun here in the amazing Los Angeles to talk about this upcoming project and I’m very excited!

Love has no boundaries, but nether has passion. Don’t be afraid of your own dreams.

Has it been a smooth road?
It’s been the hardest journey ever. The acting part has been hard and it took me a while to understand it but the hardest part was to open up to all the emotions I’ve had inside of me. But once I did, I felt emotions I didn’t even know existed and it was the most terrifying but also the most amazing feeling I’ve ever felt. And it opened up a whole new world for me and so many new possibilities in my work.

Everything around the acting has also been hard. Money, housing, living, people who are ready to stab you in the back (I’m lucky though because I manage to meet and choose the good people, so far). So, the whole lifestyle has been struggling but once I get to do what I love to do, all the stress and concerns just go away.

What do you do, what do you specialize in, what are you known for, etc. What are you most proud of? What sets you apart from others?
I am my own company. My own brand. I am an actress and I’m representing my self. What I’m most known for is that people enjoy working with me and that I’m very proud of. People recommend to others and speak very well about me so I wanna say that I’m representing my self pretty well. I’m always prepared, I show up in time, I’m honest and loyal, I’m open-minded, creative, not afraid to use my creativity and try new stuff, easy to cooperate with, hard worker with a big sense of humor and a heart of gold.

What sets me apart from other actors might be my hard word. Many people who start this business don’t realize how much you need to do yourself. You need to do everything yourself. Nothing is ever going to be served on a plate for you. So, you need to get out there, take risks, dare to be wrong, don’t punish yourself for not getting the part you really wanted, there are other jobs out there, keep going, don’t ever stop, use your creativity, connect with people, stay positive even though it sucks balls sometimes. But don’t do it if you only wanna get famous. I don’t consider the real purpose of wanting to become an artist. Do it for the passion of your art.

Is our city a good place to do what you do?
This is the place to be if you wanna work in the film industry, in my opinion. I’ve never met so many people who share the same passion and interest as I have here. I’ve met so many interesting and passionate people here that I still have contact with and I think we can do some really cool stuff together in the future. The competition is harder (no doubt) but there’s so many jobs and possibilities out here. 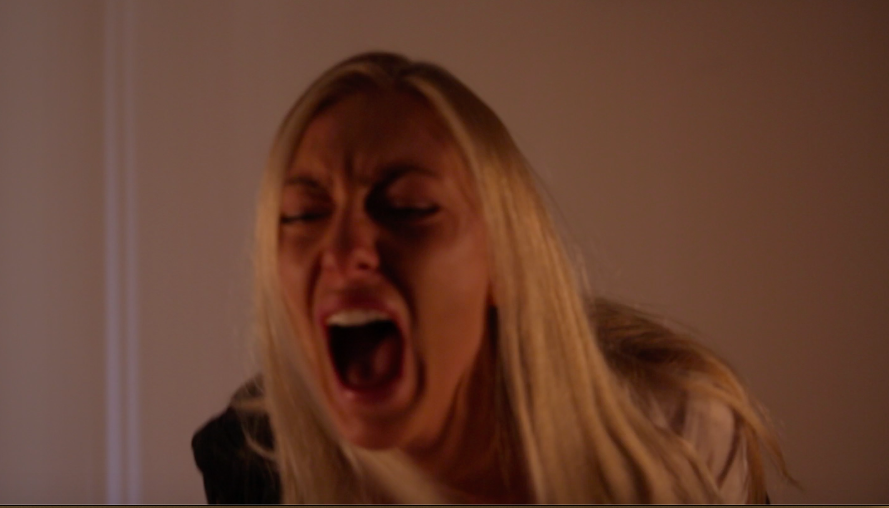 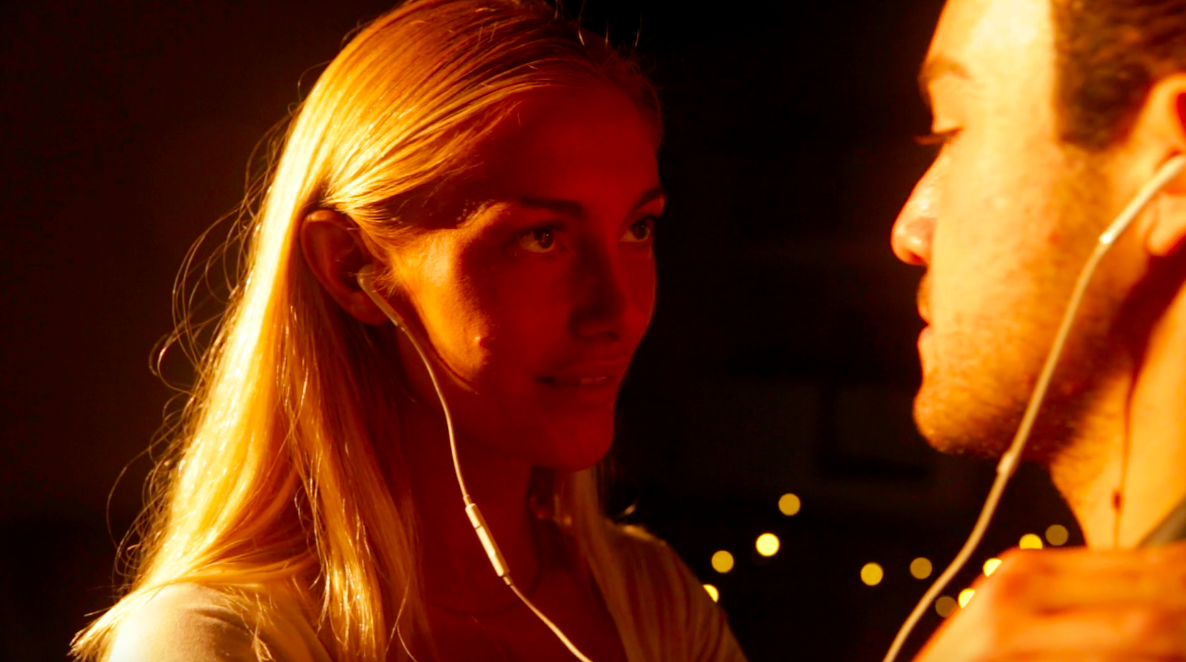 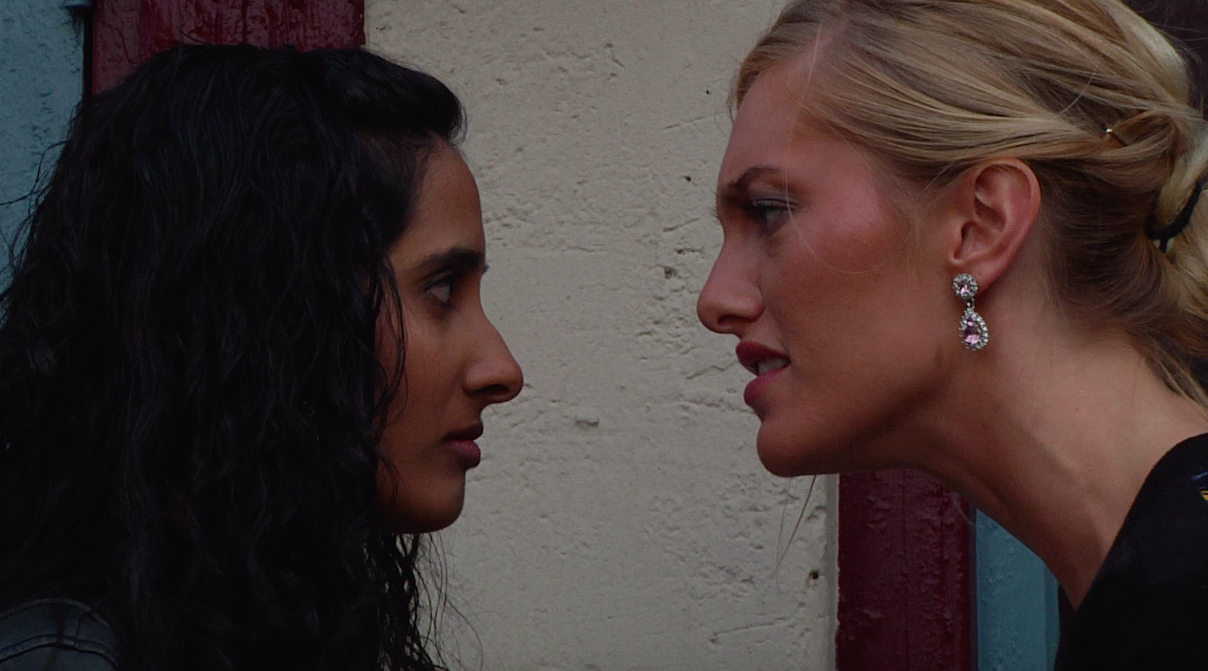 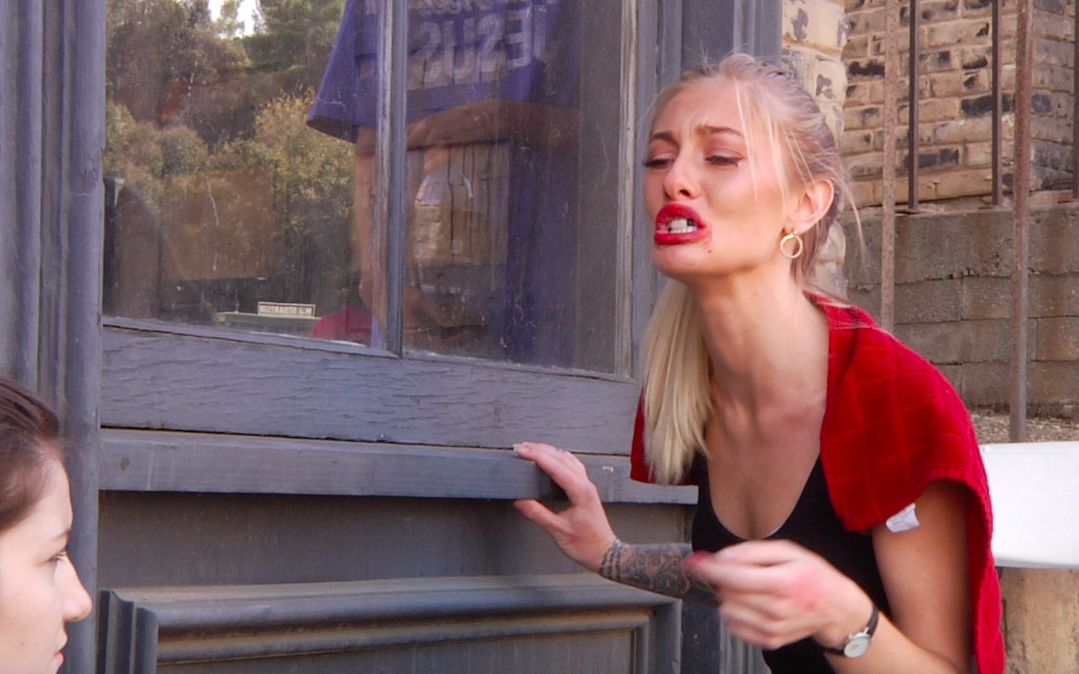 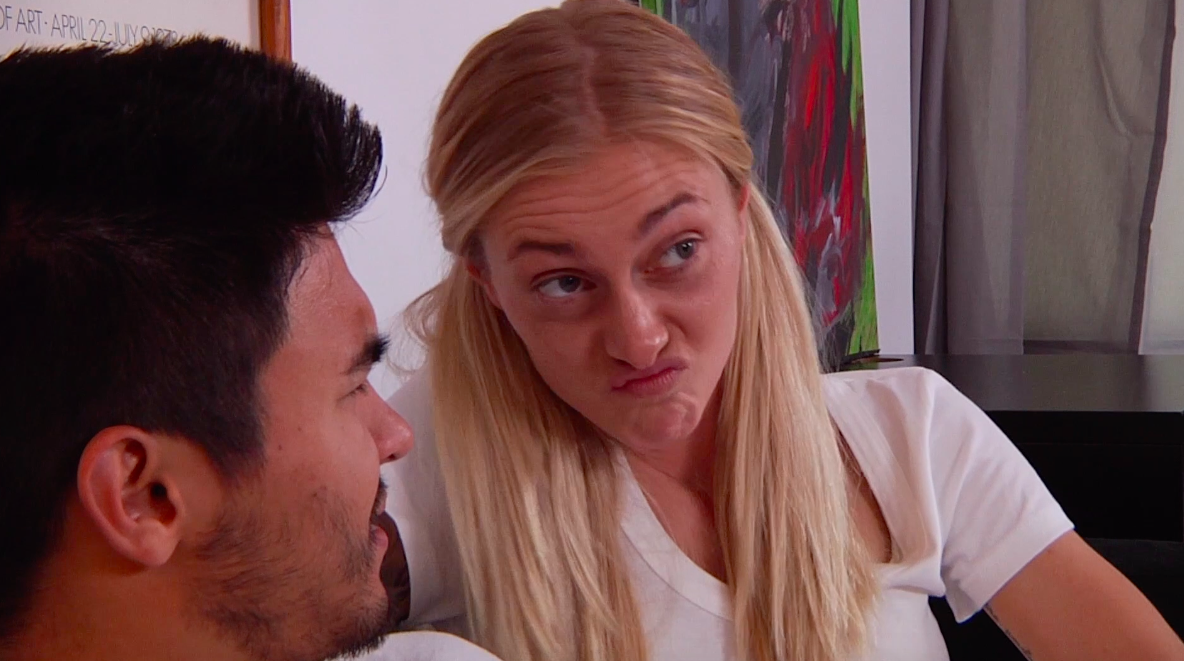 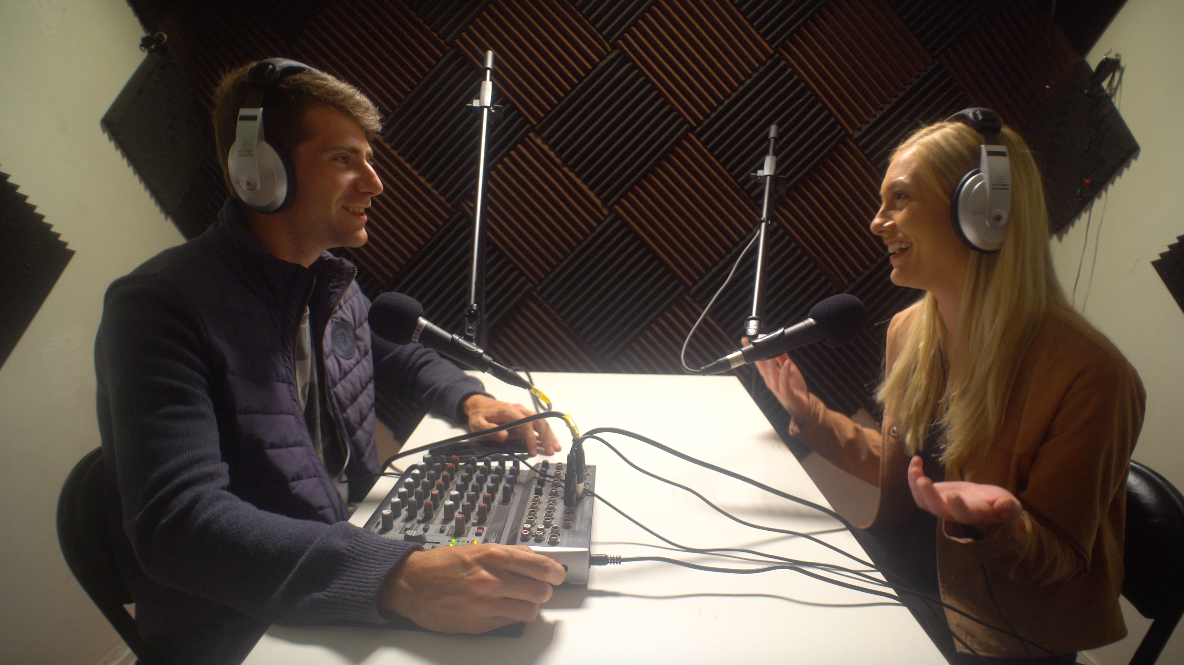 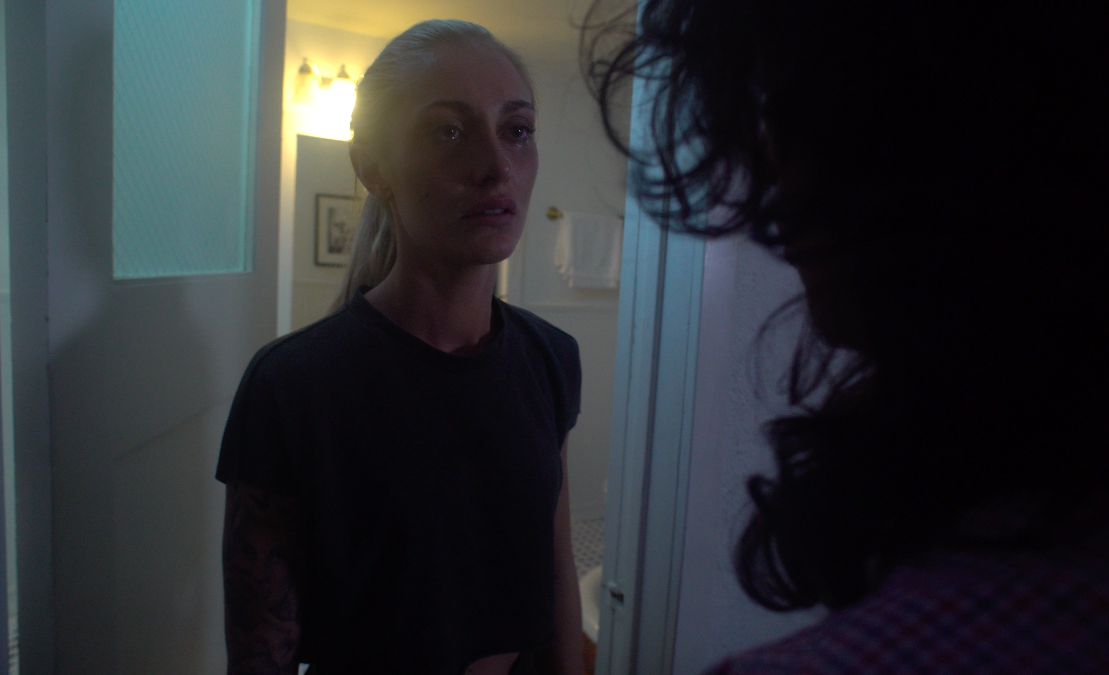