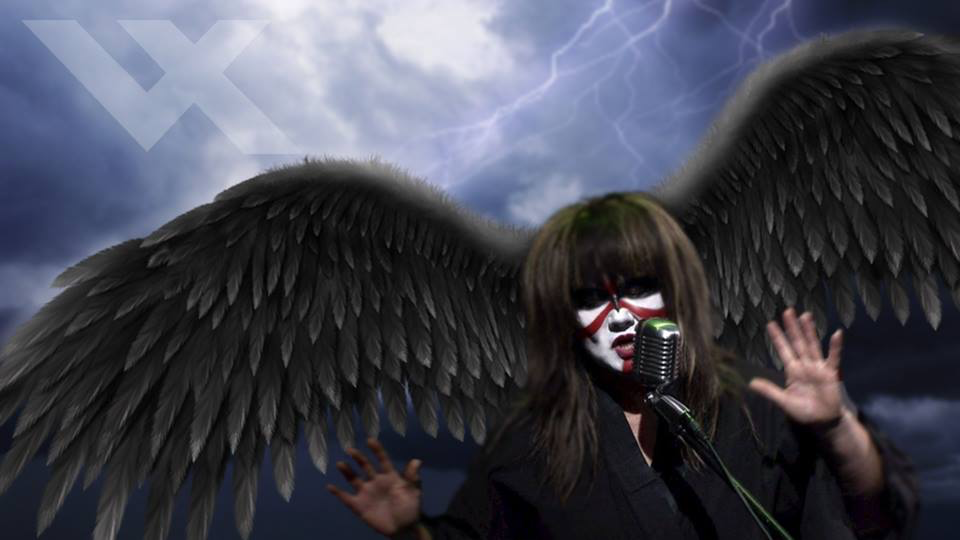 Today we’d like to introduce you to Raymond Villegas and Diana Perkins.

Valdivia X, a theatrical post-punk goth-rock band, that equally as visual as audial, is the brainchild of Raymond Villegas. Rooted in East Los Angeles in 2009 with Spanish-English motifs and songs, their visual concept was pulled from mythical and historical elements of mariachi and Day Of The Dead. The first vocalist in the four piece band was a passionate Chicana torch singer, but for personal reasons was not able to continue with the band. Over the next 3 years, the band was pared down to a one-man electronic project. Raymond Villegas, the creator/guitar player, now in a post-apocalyptic-vibe mariachi get-up, and a stage name ‘Chucho De La Muerte’ (translates to ‘Dog Of The Dead’) was now taking the mic as lead vocalist, where he had never been a singer prior to this point. After staging several shows as a solo performer, veteran-musician-friend, vocalist and drummer, Diana Perkins joined him to form a duo. Originally from Japan, being half-Japanese, Diana took on a character that draws from the Kabuki esthetic. Her stage name is ‘Kage’ which means ‘shadow’ in Japanese.

After about six years of traversing the LA and Long Beach club scene, and performing at an unofficial SXSW showcase, it became evident that the band needed a bass player to get to the next level. After a long year searching for the right bass player, they found the perfect addition, Bob Byrnes, who identifies with his Italian/Sicilian roots and culture, and his character ‘Bisonte De Sicilia’ (which translates to Sicilian Bison), was born. They now had a diverse group with indigenous folk elements that represented a microcosm of the diversity that is LA. Raymond Villegas composes the music and lyrics, plays electric guitar and sings. Diana Perkins sings and plays drums. Bob Byrnes holds down the bass and sings back-up vocals. Valdivia X is moving forward with more steam than ever, playing local clubs and taking the act to the masses, by busking along the Venice Beach boardwalk. We have had a favorable review by an LA Weekly music editor, and in 2020, will be embarking on trips to the Bay Area and northern California and Arizona to do shows. Valdivia X is compared to groups like Killing Joke, Sisters of Mercy and Howlin’ Wolf.

We’re always bombarded by how great it is to pursue your passion, etc – but we’ve spoken with enough people to know that it’s not always easy. Overall, would you say things have been easy for you?
Aside from the usual struggles as an original rock project like finding committed band members that aren’t in 5 bands, dealing with venues and promoters, and building a loyal fanbase, our biggest challenge has been starting up a band in the midst of a major downturn in the billion dollar music industry that used to develop and support artists from the ground up. The music and recording business that sustained a thriving music scene has been profoundly compromised with no return to what it used to be. These are interesting times.

So, as you know, we’re impressed with Valdivia X – tell our readers more, for example what you’re most proud of and what sets you apart from others.
Aside from having the basic elements that constitute a good band—well-crafted songs and solid musicianship—the biggest asset and uniqueness of Valdivia X lies in that we are highly theatrical. We perform in full character costume and make-up all made in-house. Since we are a band to go SEE and hear, we are perfect for YouTube, FB Live and other video streaming platforms, which is how people seem to be experiencing new music these days.

So, what’s next? Any big plans?
Our plans for the future are to release our second EP and do out of area shows, starting with northern California and the southwest as well as other parts of the U.S. We are also contacting booking agents in Europe and Japan so hope to play shows overseas. Lastly and most importantly, our focus has been on producing video content to share on YouTube and will continue streaming our live shows on Facebook Live, as this is a big way that music is reaching people globally. 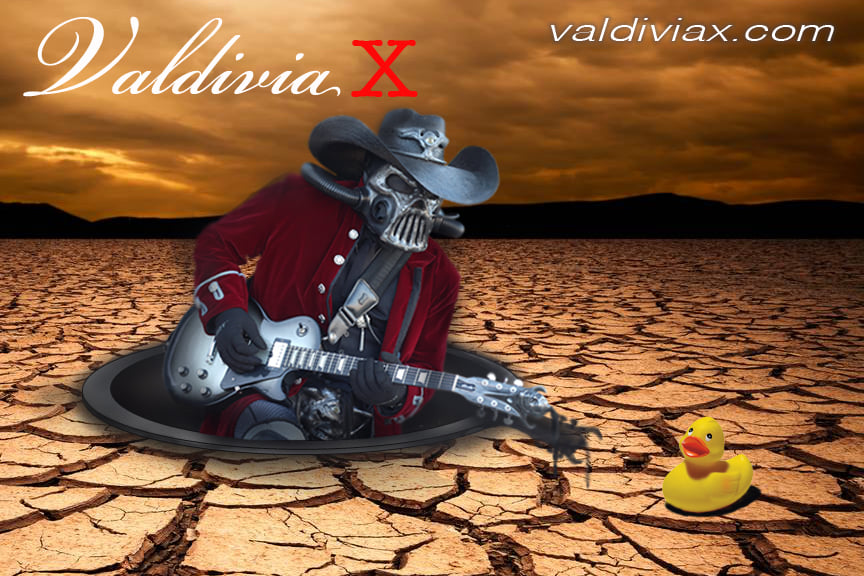 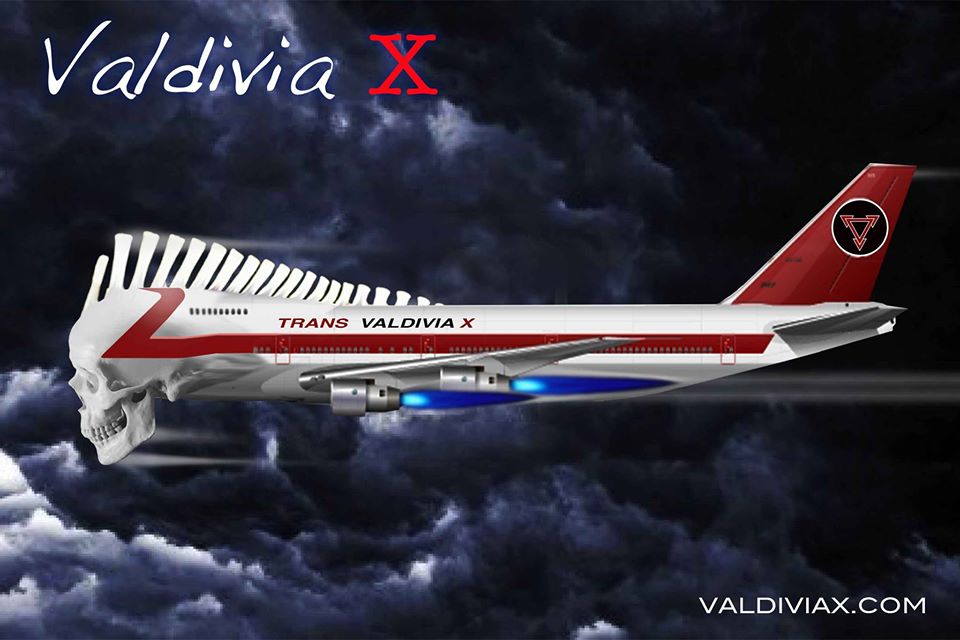 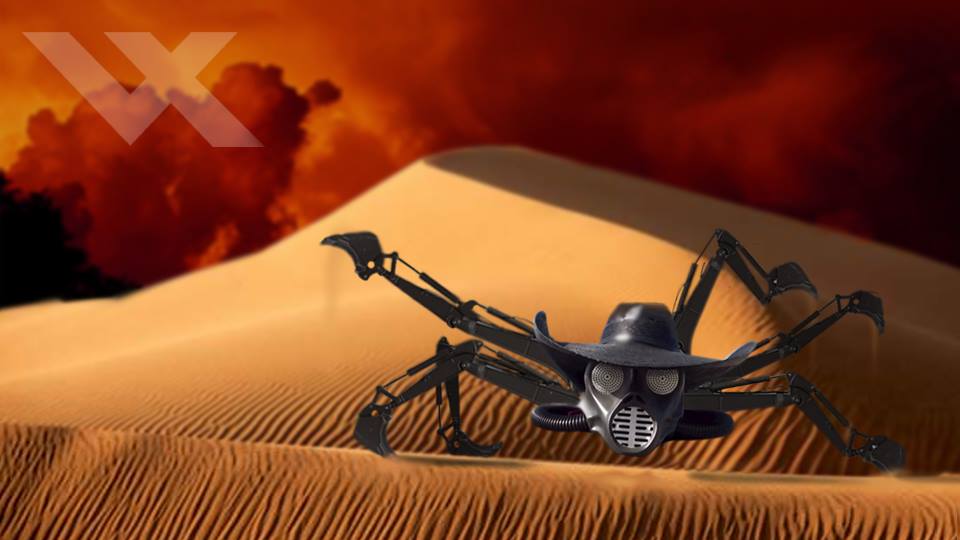