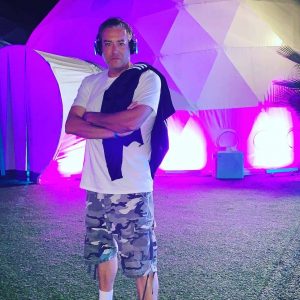 Today we’d like to introduce you to Ray Guthrie.

Ray, let’s start with your story. We’d love to hear how you got started and how the journey has been so far.
I have done many things throughout my life but I would say that for the focus of this article are the adventures I have had in terms of playing and promoting music in the Los Angeles electronic music scene. I started out my journey in music by discovering DJing in 2009.

I started by just creating mixes for personal friends and giving CDs for them to listen to in their cars or at home. This evolved into organizing small parties for family events, graduation parties, birthday parties, etc. We had regular events at a small bar in West Hollywood called The Palms where we would all gather. I still have the pictures from those events that had just our family and I still pull them up from time to time to look and see how happy everyone was back then.

The positivity generated from those small events organically grew from there. I started prioritizing more and enjoying the fact that I had the opportunity to network with new musicians and artists to play with us and also connect them with others. There are so many people out there that are really excited to get out there and have a chance to perform and my role began to become one of a promoter of events as I really enjoyed networking with people and also helping them to give them opportunities to pursue their goals and dreams in life and music. My family and close friends became the core group for organizing and promoting the events.

We began doing events at a venue called Circus Disco in Hollywood. It was a historical and large venue. We started doing small events in the side rooms and eventually we teamed up with the promoter there, LMD to start organizing larger events where we were able to start pulling 250, 500 and more than 1,000 people, working with many people in the underground rave scene. All of it took a lot of work and cooperation with others and we began networking with some of the artists and promoters that we still work with today.

After that, our group had the opportunity to work directly with a newly reopened venue in Downtown Los Angeles called 333 Live. It is a historic club that was formerly Glam Slam, Prince’s old club. Since we started working with a venue directly, we had the opportunity to choose our own brand and what our mission will be.

Around that time in 2012, there was a growing need for support for the underground electronic music community. At the time, the major complaint among a lot of the people who worked in the Los Angeles rave scene in the 90’s, early 2000’s and also at that present time, was that there was a shortage of venues or means to throw their own shows. There were many small groups that were still surviving that appreciated the opportunity to operate at a new venue and showcase their music and work. We found other promoters and brought them into the venue to do their own shows as well.

We began working directly with the venue and we named our brand “Resurrect” because our mission was to provide a platform for artists, promoters, coordinators and people who worked lighting and sound in the community to come together to work together in order to collaborate on one large show. 333 had three separate areas and we always chose the area which resembled a warehouse the most in order to promote the vibe of a rave. Even down to how we organized the shows was done on purpose; where we rushed to get things all pulled together from an empty space, hours before everything started. We had a crew of 50 people all working to put everything together and all contributing a small specific part of a greater production.

I was the sole investor of the shows that we produced for about one year. Our mission was to provide a platform for other artists and crews to network and build their careers. I am happy to say that almost everyone has continued to do what they love and are very happy doing it. It also seems that there are many new groups that are now putting together shows in the same manner we did giving even more opportunities to people where there wasn’t before.

Has it been a smooth road?
Many people who promote events say that if you break even on an event that it is automatically considered a successful event. It is very hard to make money when you first start organizing a new event series.

Once we started making money at the events the venue, 333 began to experience trouble with the city. Long story short, even though it is a venue with a lot of history, it appeared that a club within that section of the city just wasn’t appreciated anymore by people working with the municipalities as well as others. It ended up where they could do only private parties which didn’t really work for our platform and how we were able to market and generate a larger show. We essentially ran into the same problem that many others experienced in the past in terms of producing electronic music events.

We worked with the venue over several years and fought very hard to regain our rights. But in the end we decided to start new venues elsewhere which we are currently building up and just started doing events at.

So, as you know, we’re impressed with Resurrect – tell our readers more, for example what you’re most proud of and what sets you apart from others.
Resurrect has evolved into a collection of artists. What I enjoy doing most is networking with people and connecting them with each other in order to produce something greater. There have been many artists that we work with that have played at Academy, Insomniac’s festivals, etc. Perfetto, Chuck None and Meirlin are to name a few that have been featured in Voyage LA. Arthur Galestian is traveling Europe building his career and is very successful as well as Rawtek who has played at Academy, almost all of the artists that we have worked with got either their very first gig with us or have networked with everyone in our group to boost what they are doing.

We are currently re-constructing our web site to feature everyone that is part of the collective as well as to promote and unify all the projects everyone is working on.

As far as my role, I am a manager first. I use my background in technology, marketing and sales to help bring things together. I only seek to facilitate and to support others while also still being immersed in my love for music. I consider everyone that I have worked with a friend and will be there for them if they need me.

We had a lot of good luck in terms of promoting events. When we were promoting at Circus Disco for a Halloween event pulling a thousand people, that same night a large festival was canceled. Insomniac’s Basscon threw a show right before one of our Resurrect shows at 333; we organized a team of glovers and gave out promotions. We had people lining up to get lightshows and free tickets.

In terms of bad luck, I have learned over the years that it’s never good to put the blame on anything. There’s always something you can do to accommodate any type of situation.

Let’s touch on your thoughts about our city – what do you like the most and least?
Los Angeles is a great multicultural city with many different types of people and artistic talents coming together. One other thing I like about LA is that you can accurately predict your ETA to any location by simply adding one hour to get there. 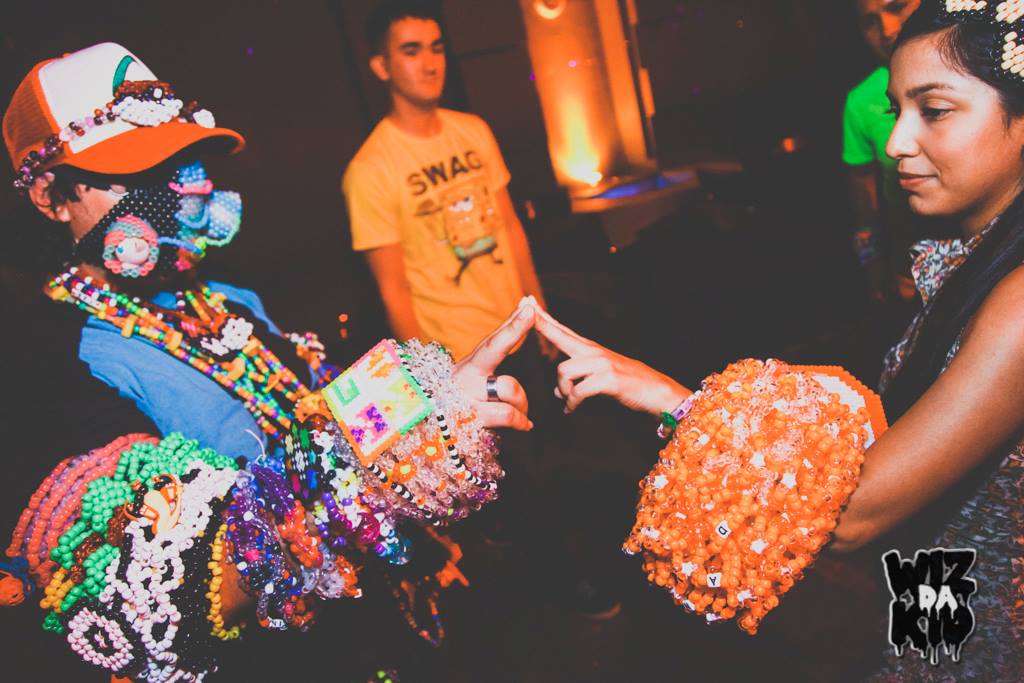 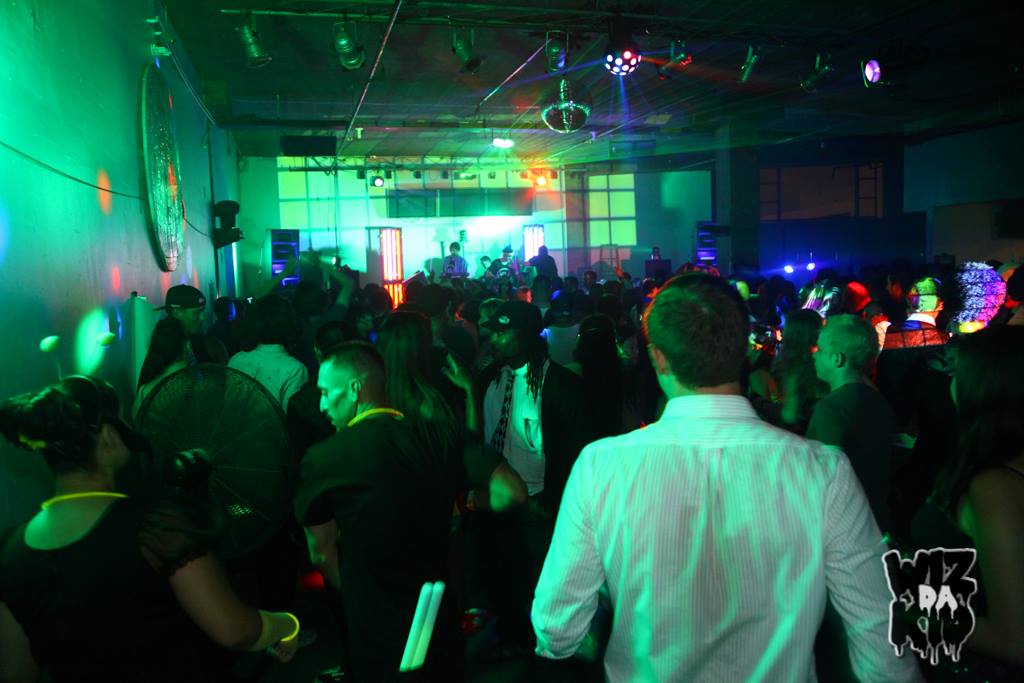 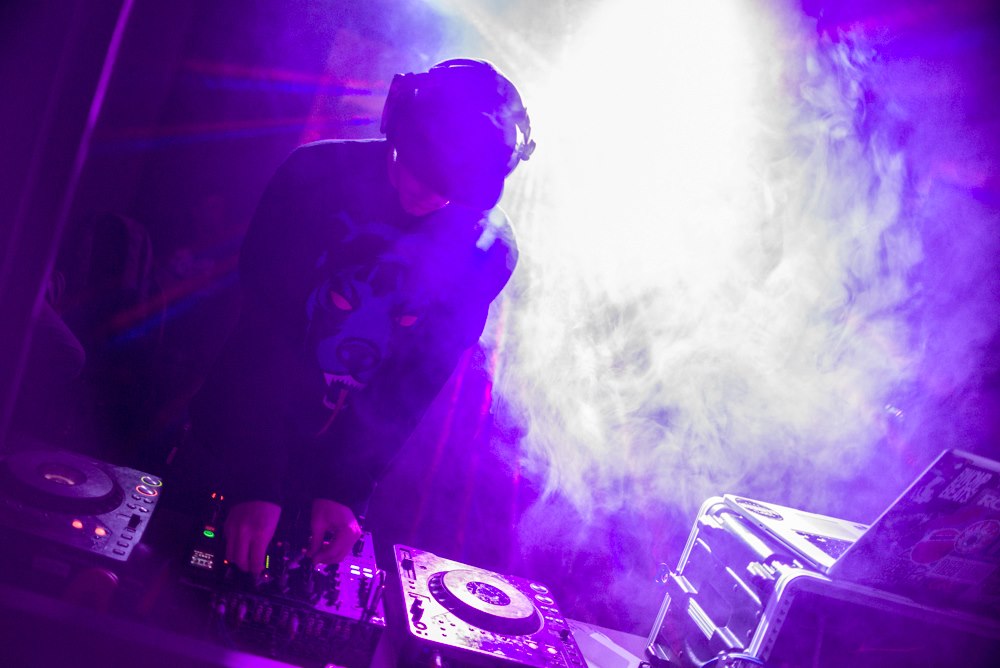 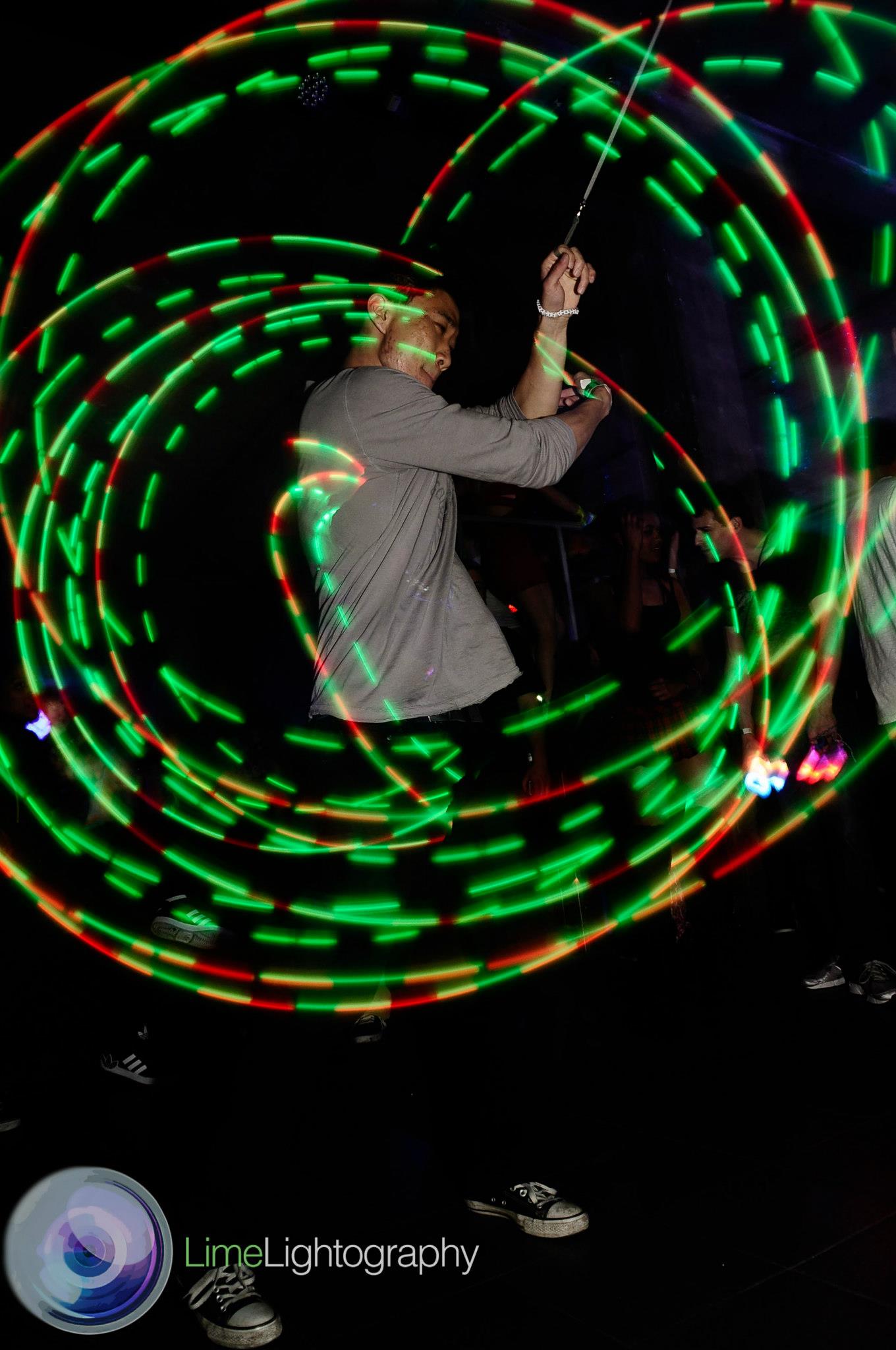 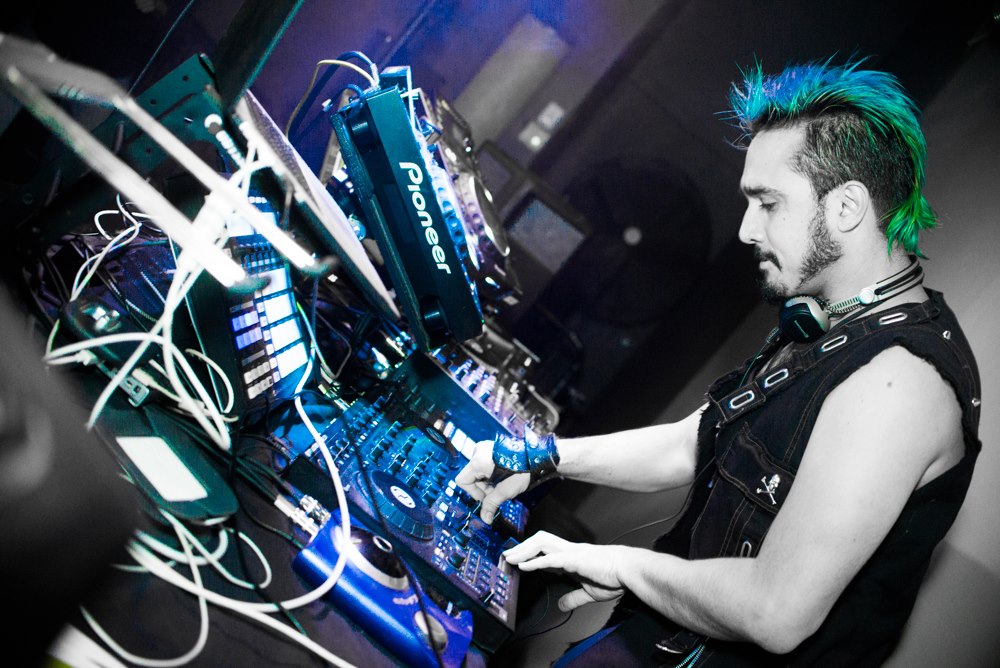 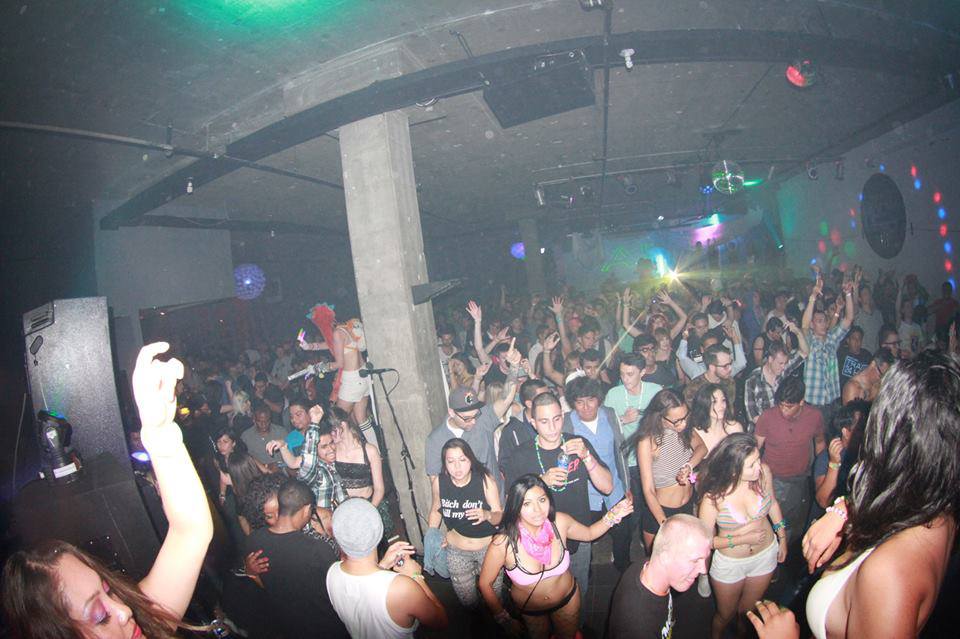 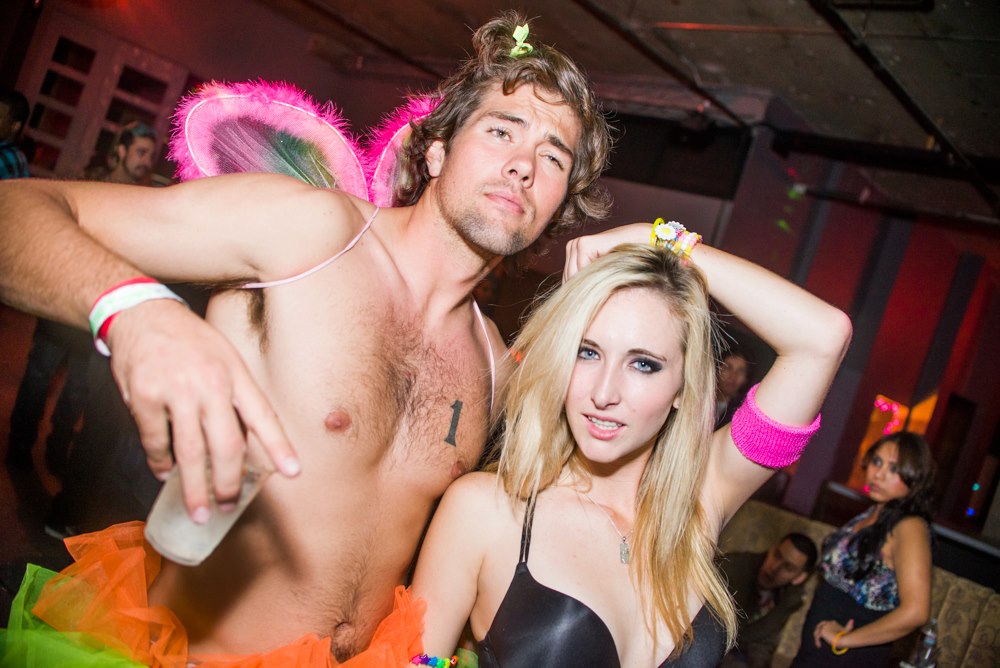 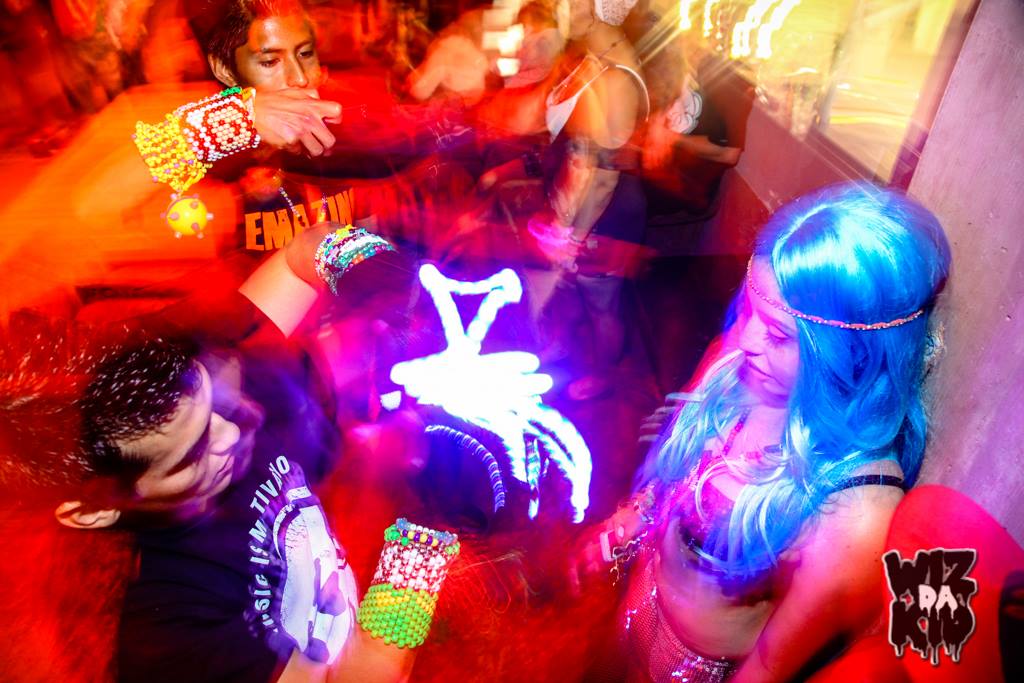 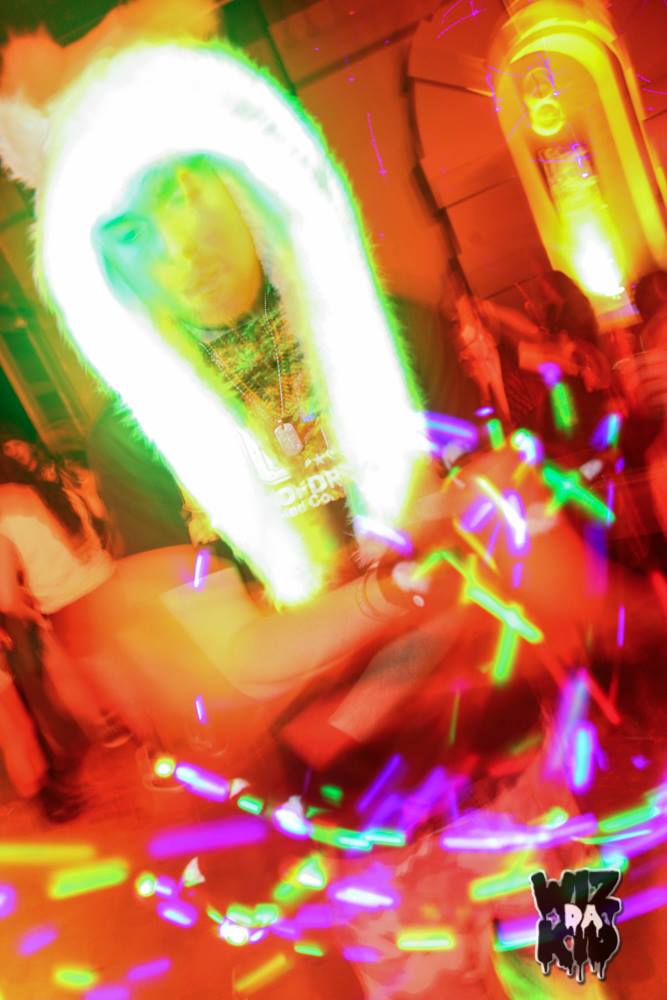