Meet RaVal Davis of God Is My Agent Podcast 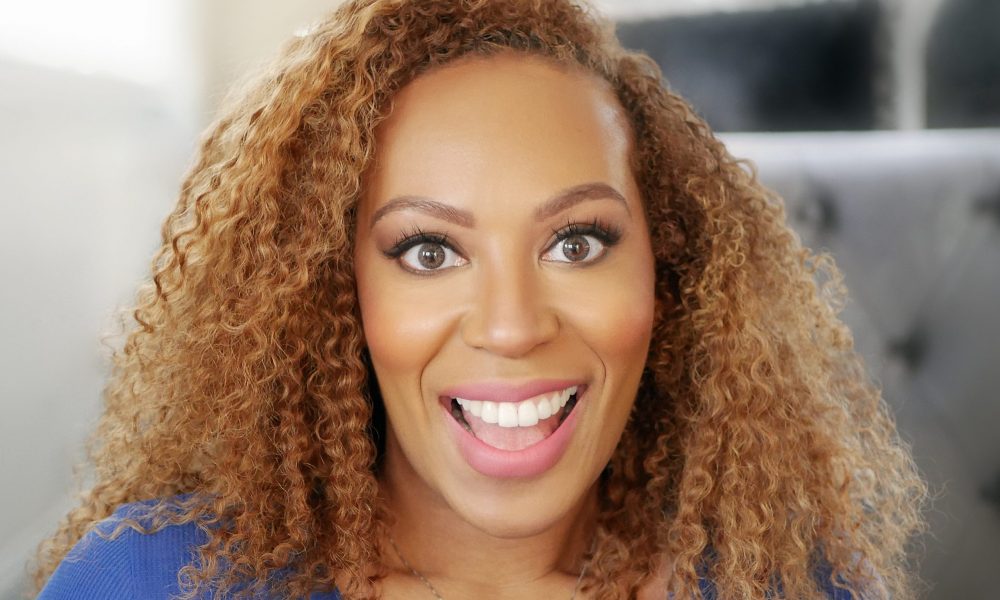 Today we’d like to introduce you to RaVal Davis.

Thanks for sharing your story with us RaVal. So, let’s start at the beginning and we can move on from there.
I like to say I’m just a girl who decided to go for it!

I studied acting for most of my life. First at the prestigious Duke Ellington School of The Arts in high school in Washington D.C., then at one of the top acting conservatories in the country for college.

Yet, I never really pursued acting after college. People always ask me what happened to your acting? Honestly, I could never answer this question. I love acting. I’d always wanted to do it. But there was something there; something telling me that I couldn’t do it. It was fear. I was afraid that I couldn’t be successful as an actor.

It was during my second year of acting conservatory training during a meeting with our acting department head that we sat down to have a conversation about my “type.” It’s a conversation most actors will have. “Are you a leading woman? “Are you more Denzel or George Clooney? More Halle Berry or Julia Roberts?”

This “type” is mainly based on your appearance and somewhat your acting ability. But figuring out a type for me proved difficult. I wasn’t Angela Basset or Halle Berry —and those were really the only options for Black women at the time. I had a few other suggestions; names of female actresses of color that my department head was neither familiar with nor satisfied with.

“You’re very talented and you’re gorgeous,” she told me. “You have beautiful cheekbones. I wish I could see them more. I suggest you drop 25 pounds, then let’s have this conversation again.”

Those words stung in my ear. 25 pounds? She basically wanted me to become another person. After all, I was only 145 pounds at the time. Being a Black actress was already daunting, but now I’m too fat too? I was 19 years old and her approval meant everything. But here she was telling me how there was no place for me in this industry unless I changed myself. And everything seemed to prove that she was right. Aside from maybe Whoopi Goldberg and Queen Latifah it was pretty hopeless out there.

I was heartbroken and overwhelmed but still I tried. I joined Weight Watchers at the suggestion of my college roommate. I worked out almost everyday and you know what? I got snatched. I was slimmer than I’d ever been, but my arms just never seemed to shrink and my booty and hips—hopeless. I just didn’t look like the other girls in my class. I couldn’t give her what she wanted.

Add to that, something had switched in my mind. I couldn’t picture myself on stage accepting my Oscar anymore. My dream started to get smaller and smaller. ‘Well maybe I won’t be a leading woman, but I could land a sitcom. Maybe I can be the slightly overweight friend.” These are things I really thought to myself.

When I look back, I hate that I let this woman who knew nothing about me crush my dreams. After that moment with my teacher, I subconsciously decided that I could never become who I wanted to be. I wasn’t the right “type.” There was no space for me in this industry, so I became a writer, and later, a music industry executive.

I achieved a lot of success working for major artists like CeeLo Green, Tamar Braxton, Prince and more. But deep down, I knew this wasn’t my path. I could only go so far because that wasn’t why God put me on the planet.

Then about ten years after acting school, Orange Is the New Black comes along. It literally shattered every limit I put on myself. There, on my screen, was Uzo Aduba, Danielle Brooks, Adrienne C. Moore, Dascha Polanco, Laverne Cox, and so many more—all defying the “types.” These weren’t Hollywood’s typical classic beauties. They were brown and curvaceous. And yet they were the perfect “type.”

I was dreaming and hoping again if only just a little about my first love: acting. Maybe I can do this. Maybe there is a space for me—a brown girl with a whole lot of body.

I now know that the limiting beliefs that I had around being a black woman around my body type– were holding me back from using the gifts God gave me. Once I decided to trust God and step out on faith that’s when I experienced miracle after miracle in my life and career. I landed my first national commercial less than 30 days after becoming an actor. I’ve starred in over 20 commercials in my four years career, I’ve done print modeling, hosted the Oscars for Samsung, had a TV show on BET, acted in 3 other TV shows a film and so much more. God is so awesome.

I also recently launched The God Is My Agent podcast–where I talk to people in TV and film about their relationship with God. I want people to be inspired to live their dreams and I want them to know that God has your back.

Great, so let’s dig a little deeper into the story – has it been an easy path overall and if not, what were the challenges you’ve had to overcome?
It’s had tons of ups and downs. I started with a major up– booking a national commercial weeks after becoming an actor but I started to learn that non-union jobs usually took a really long time to pay. Making enough money to pay bills was the toughest part. I definitely changed my lifestyle. I also went through my 401K and savings in the first few years. Being an adult and struggling financially really will make you question self-worth but it also teaches you to trust God. Thank God I never had to couch surf or leave my apartment but their times when I was unsure. And then I discovered Voice over acting–which was a major help for income. The savings account is looking a lot better these days. Thank Jesus!

We’d love to hear more about your work and what you are currently focused on. What else should we know?
Actress, host, and body positive advocate, RaVal Davis is the go-to-girl for smart and engaging discourse around body positivity, beauty, wellness, and women’s issues. Davis also pontificates on the intersections of race gender and entertainment.

A sought after speaker, host and all-around valued talent, The CNN Op ed contributor packages her honest yet feminine opinions with grace and style. She is the host of BET’s Don’t Touch My Hair talk show–a topical series that addresses the concerns of black women. Davis is also a published writer who has penned pieces for CNN, Essence, Nylon, The Huffington Post, EBONY, The Grio, VIBE, and many more.

Moreover, RaVal recently launched God Is My Agent Podcast–where she hosts conversations with TV and film professionals about God. She also recently co-starred on CBS’ FBI Most Wanted and will costar on the upcoming season of Starz’ Power Book II: Ghost. Additionally, as a speaker and host, Davis has graced the stages of Essence Fest, The National Urban League, Blog Her, The Great Girlfriend’s Conference and Ambassador Con. Hosting Samsung’s official 2018 Oscar viewing was a special career highlight. The Rutgers University graduate has also played co-host alongside Wendy Williams for the Lifetime Network as well as made appearances on Essence Live, CW 11 news The Wendy Williams show and many other platforms. She champions women wherever she goes and is passionate about people finding and living their purpose. Her recent philanthropic work with both The Precious Dreams Foundation and Covenant House brings her great joy.

What moment in your career do you look back most fondly on?
Right now, it’s launching The God Is My Agent podcast. I really feel I am operating in my purpose. 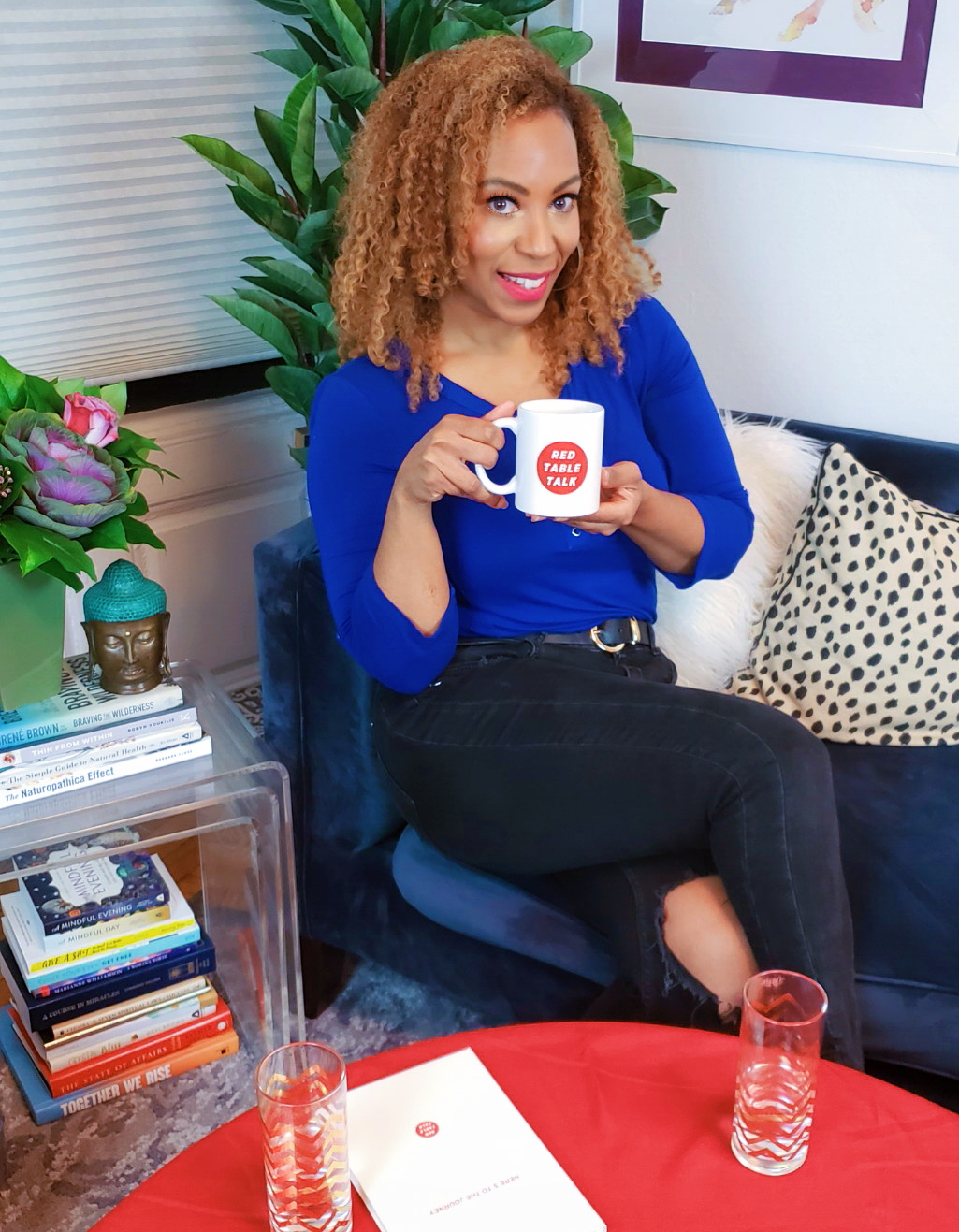 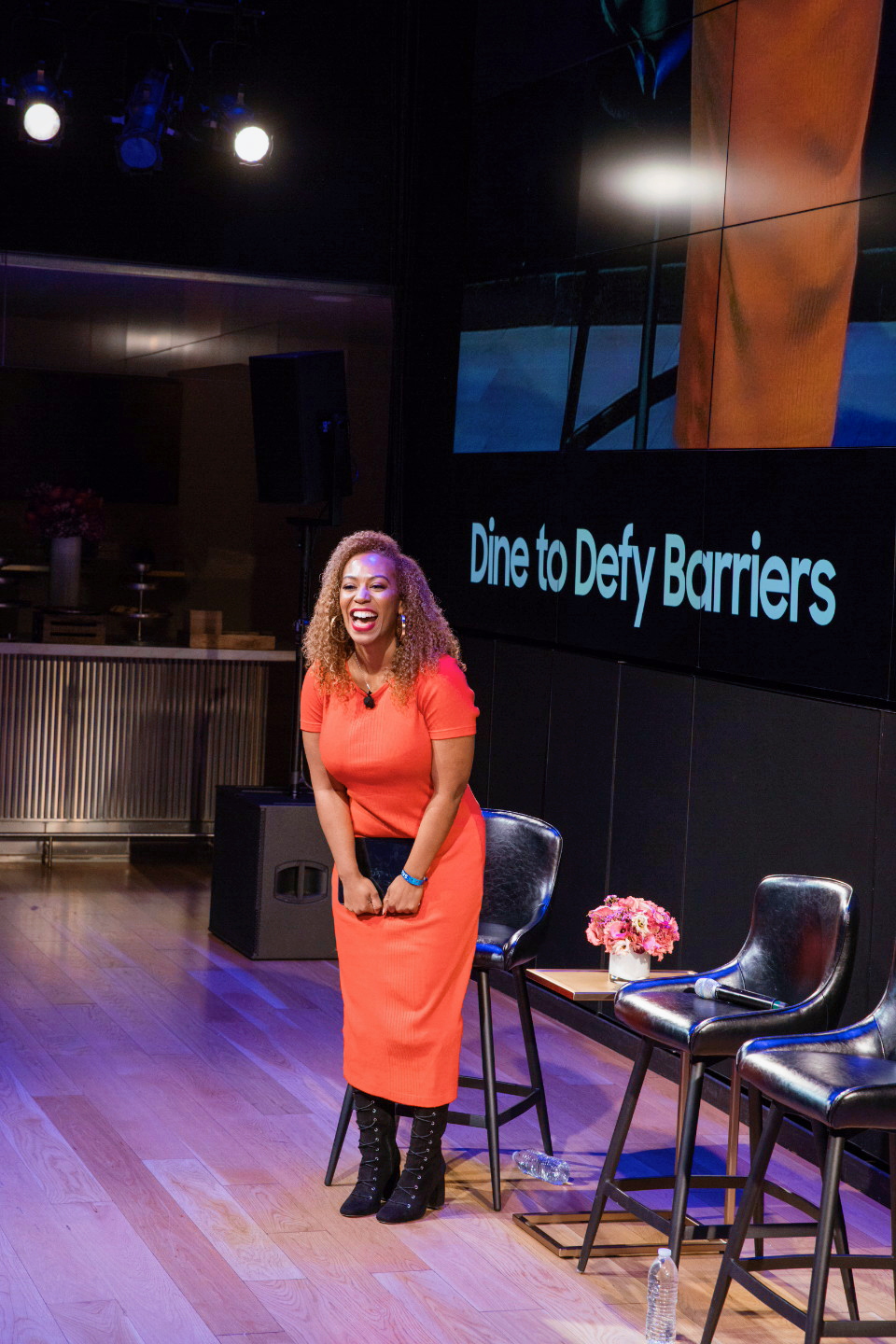 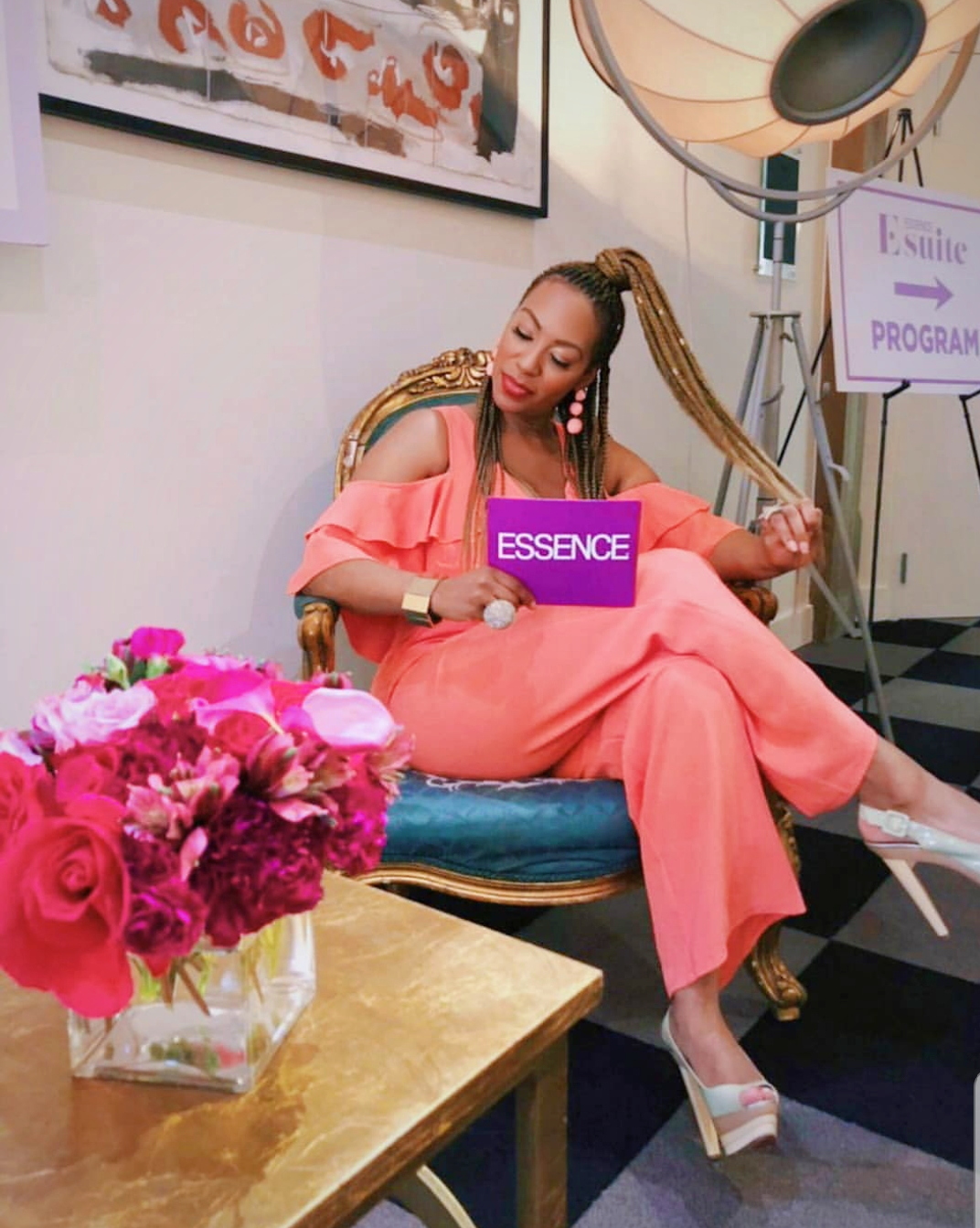 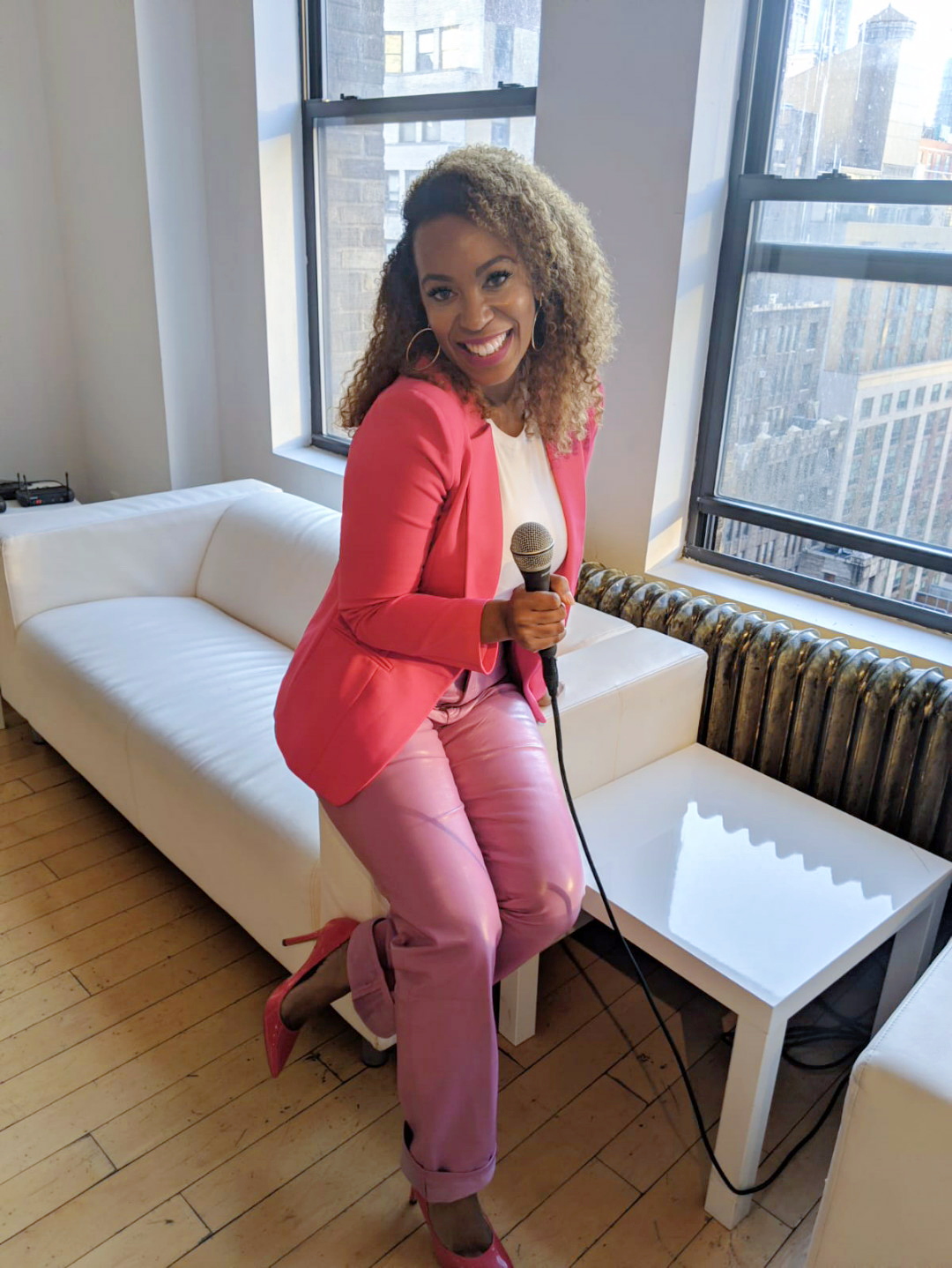 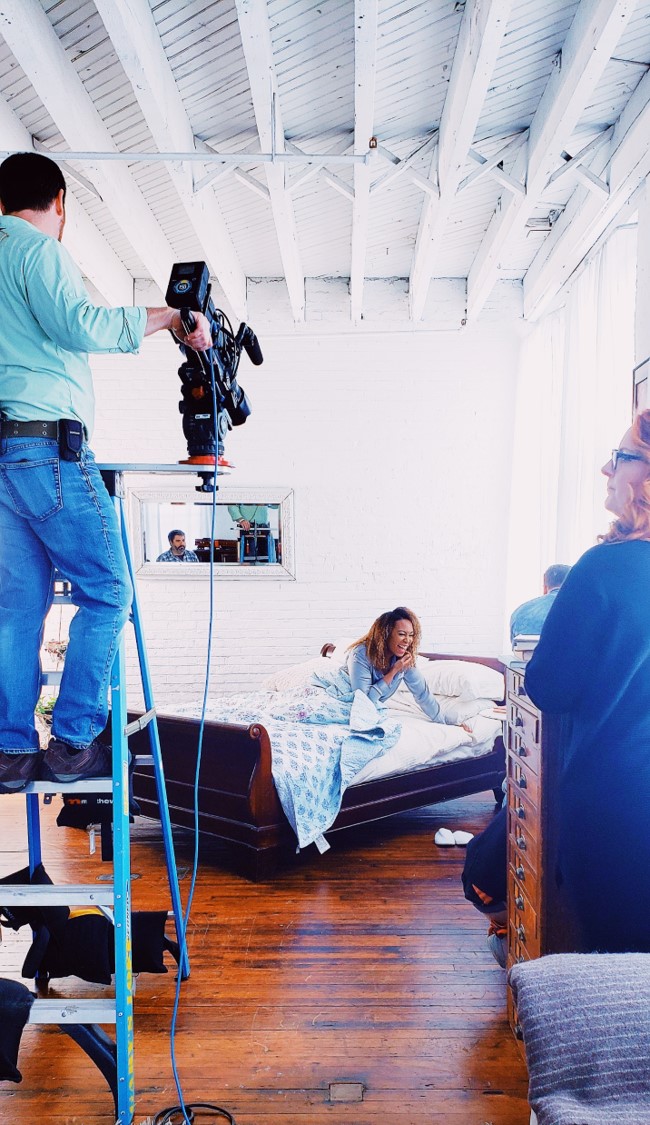 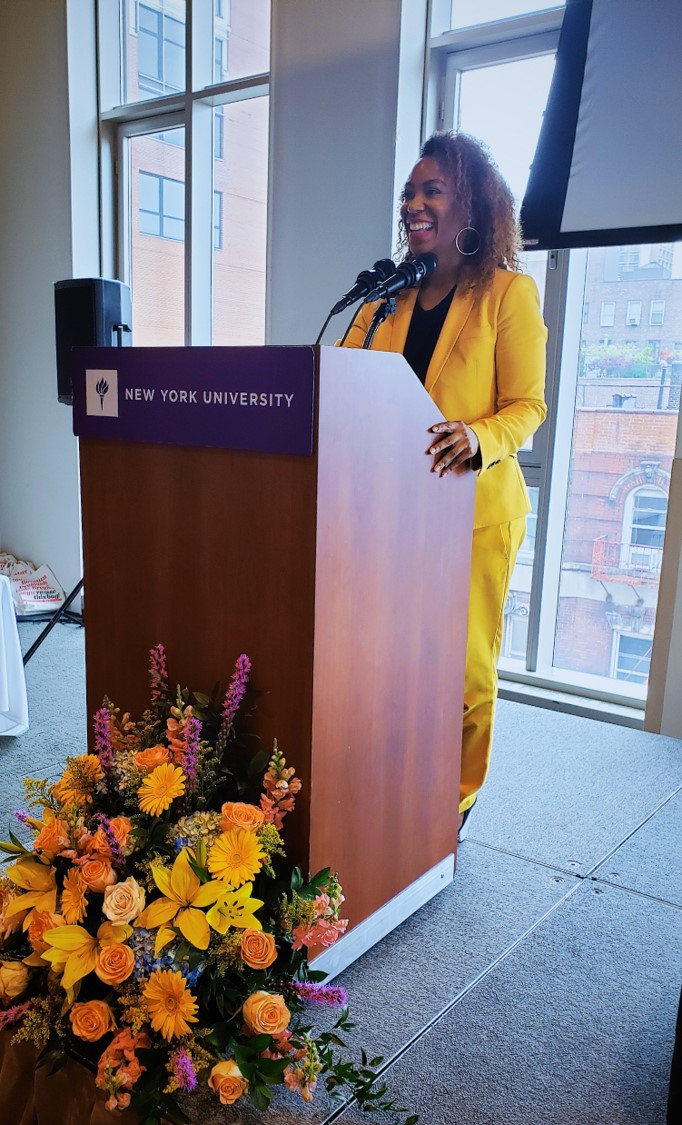 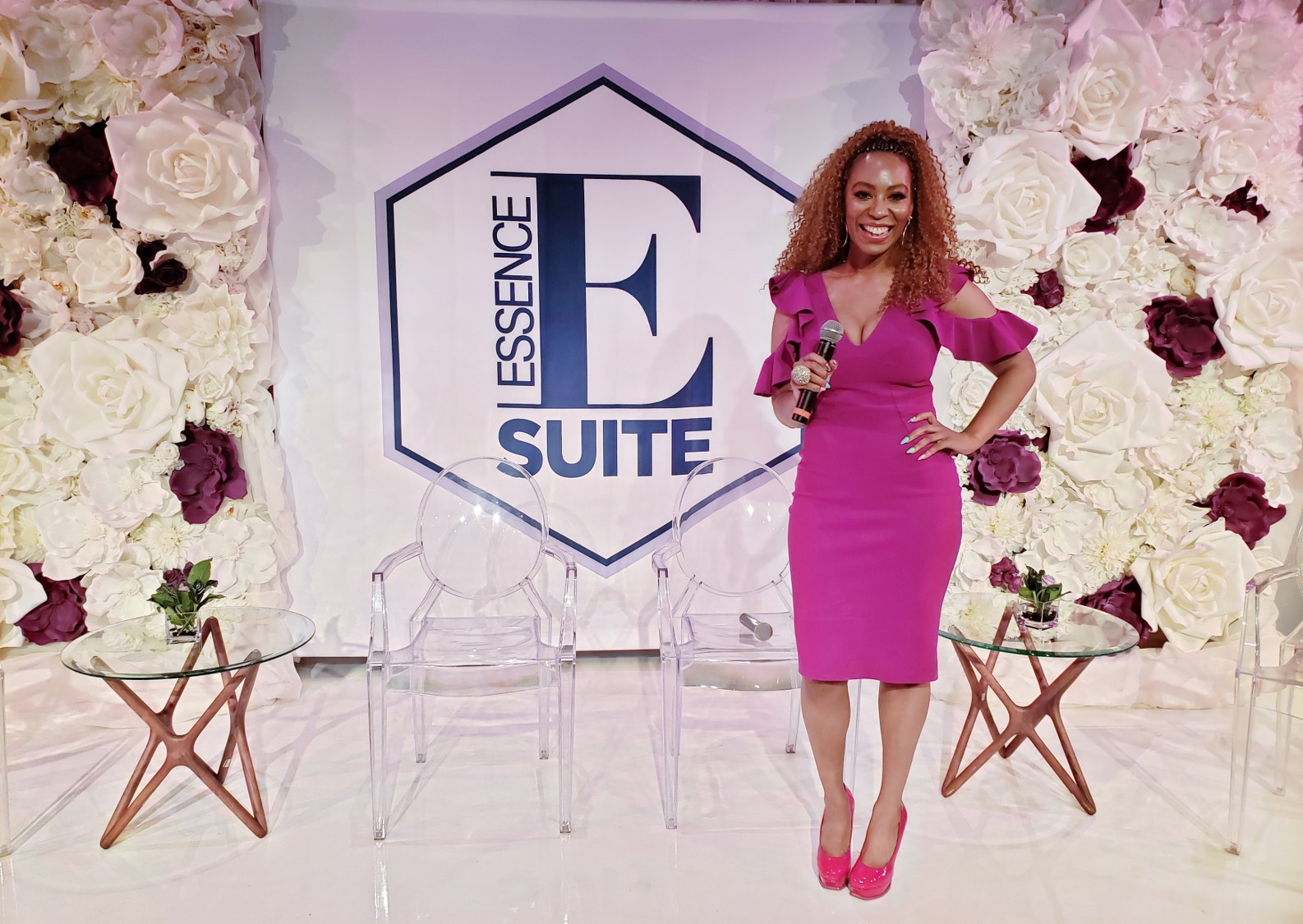 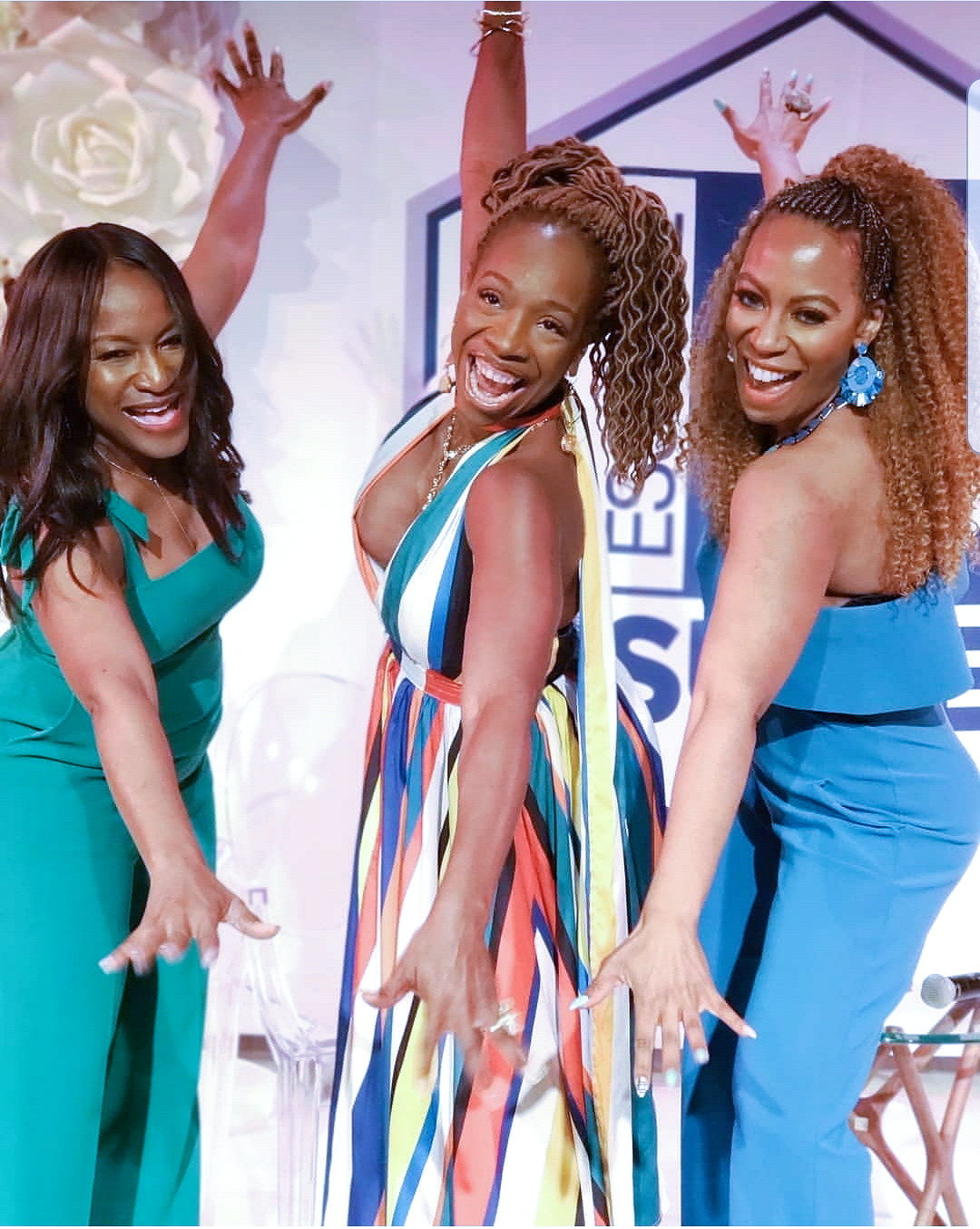 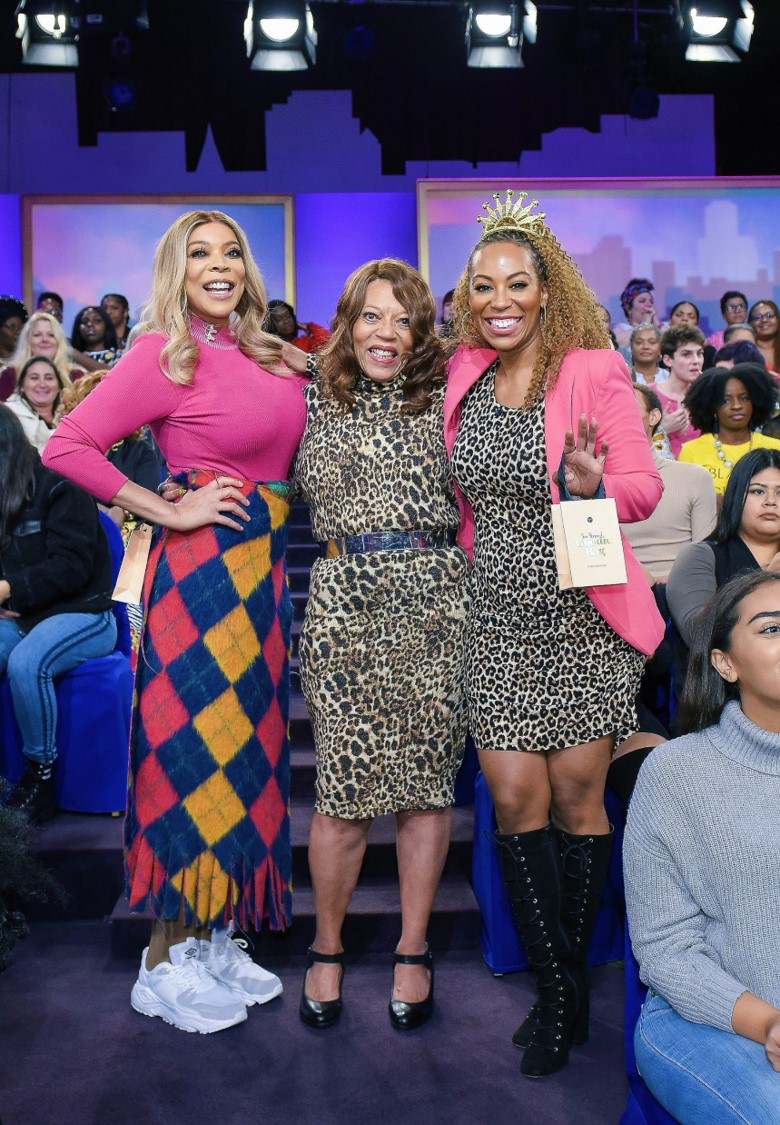 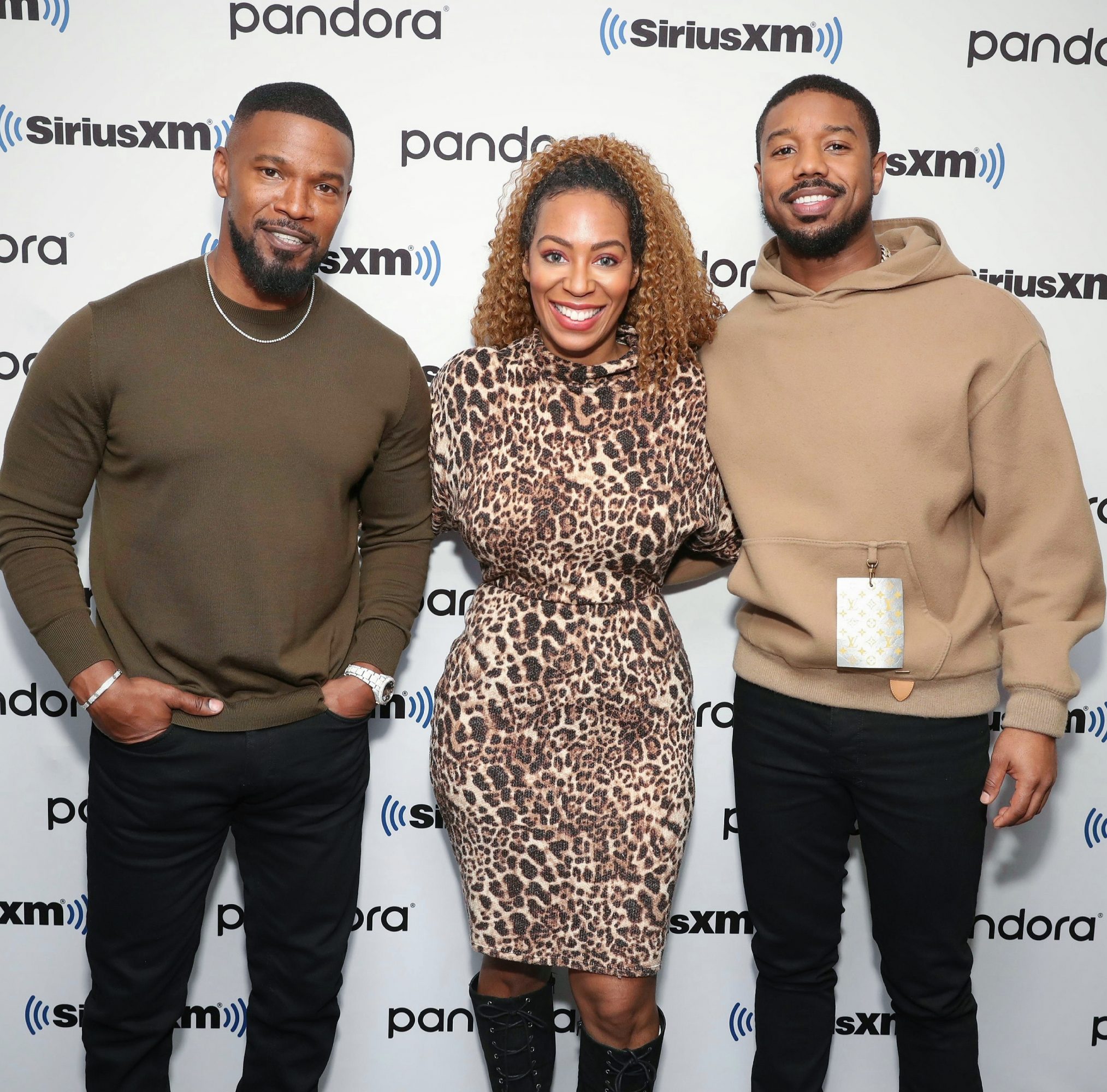 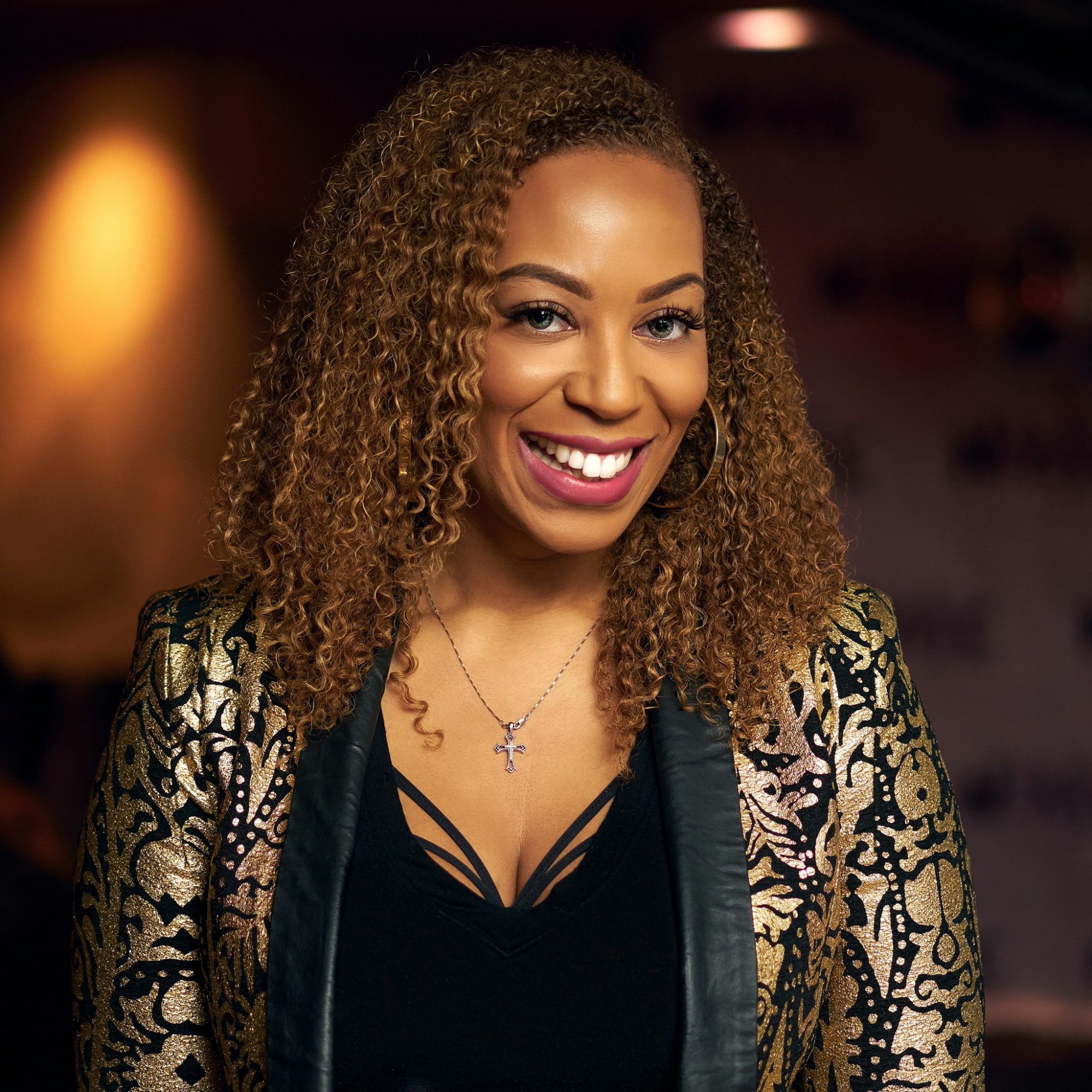 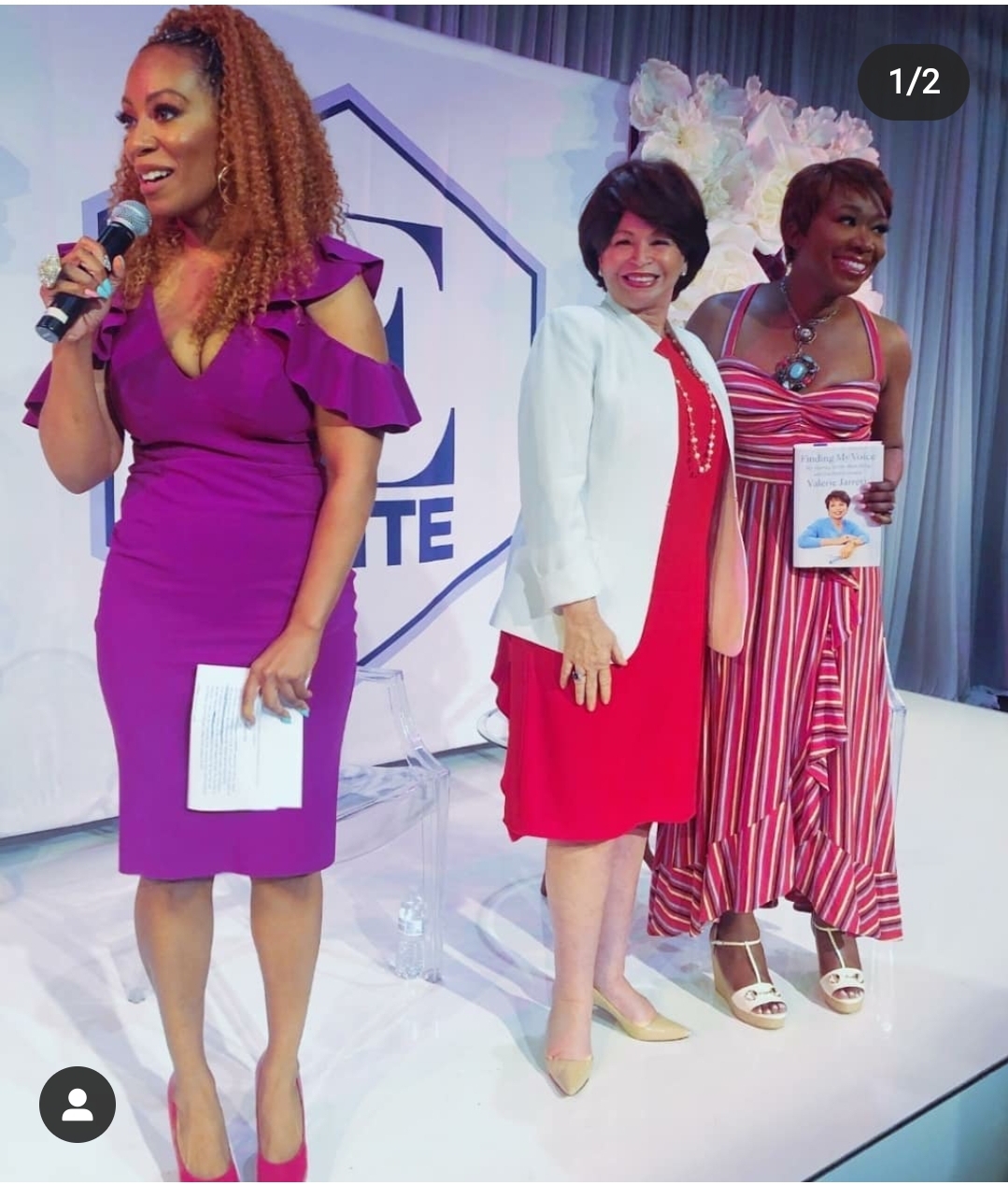 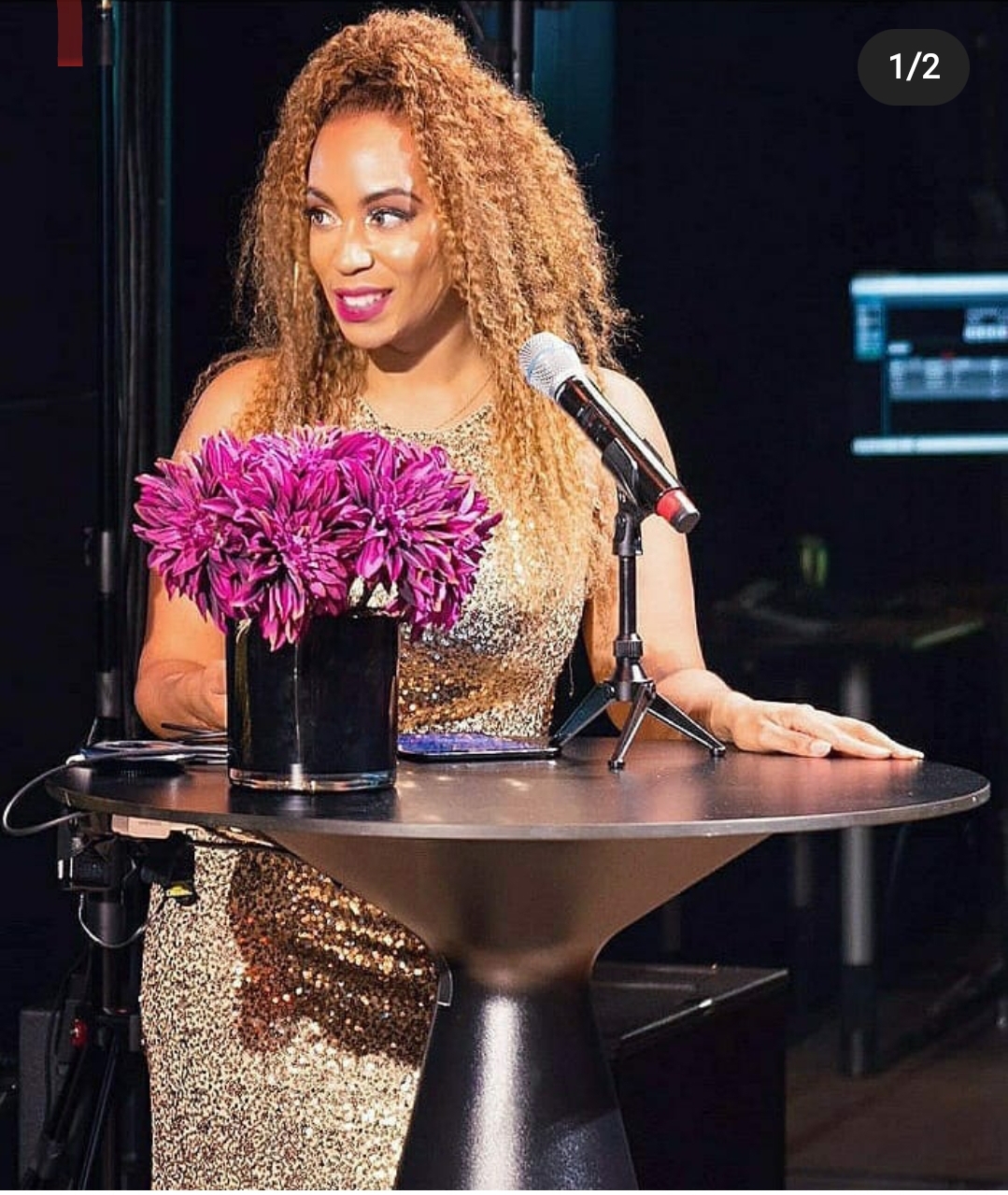 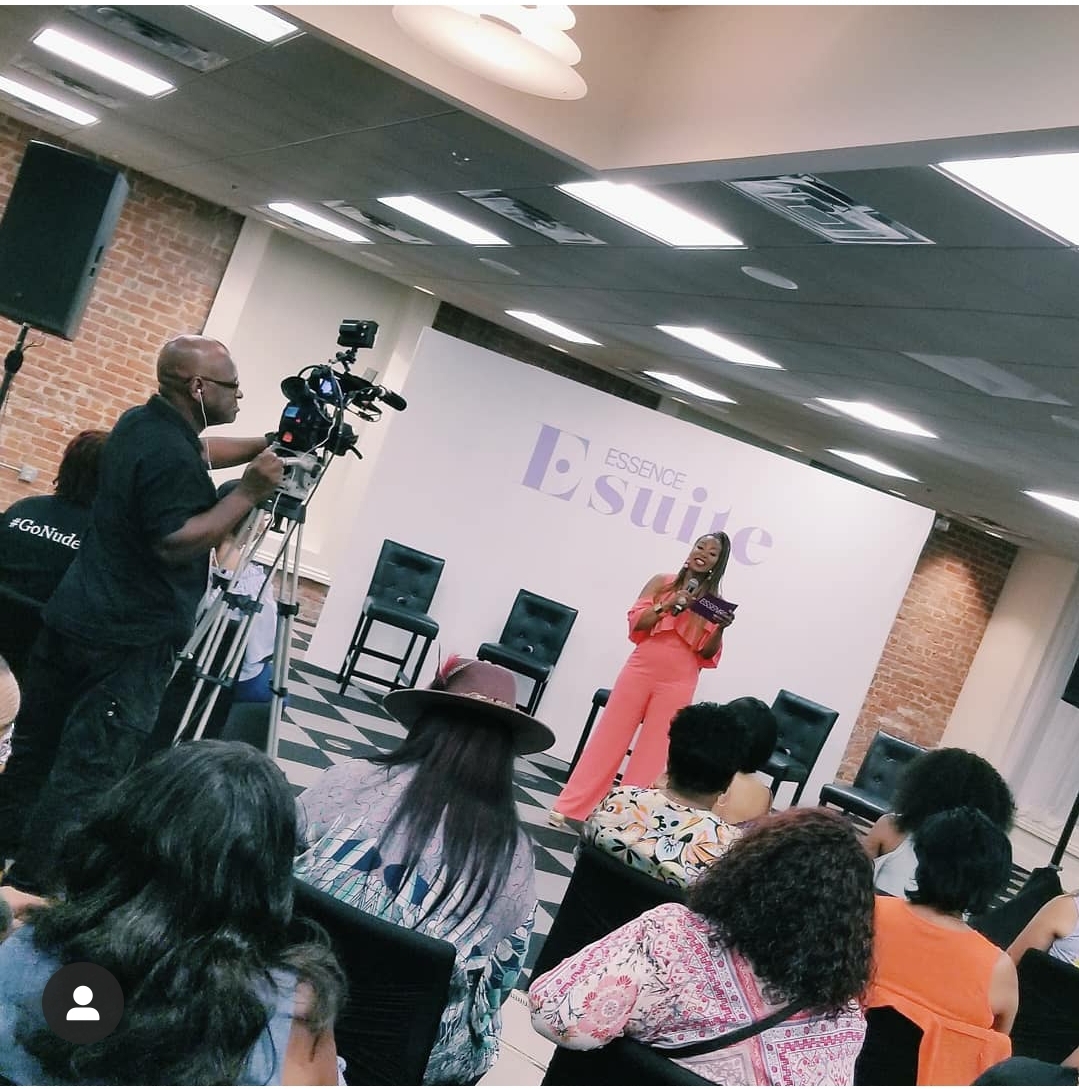 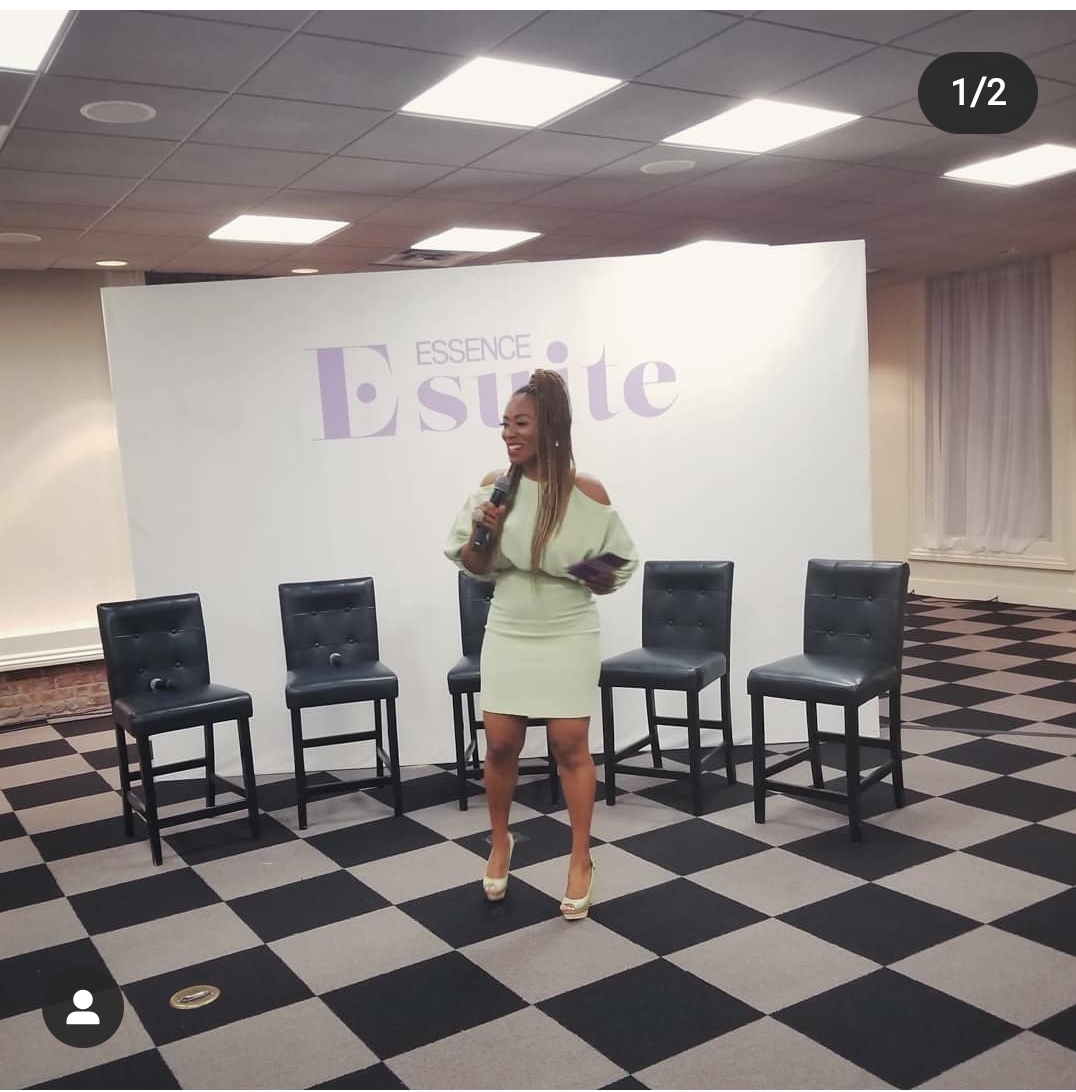 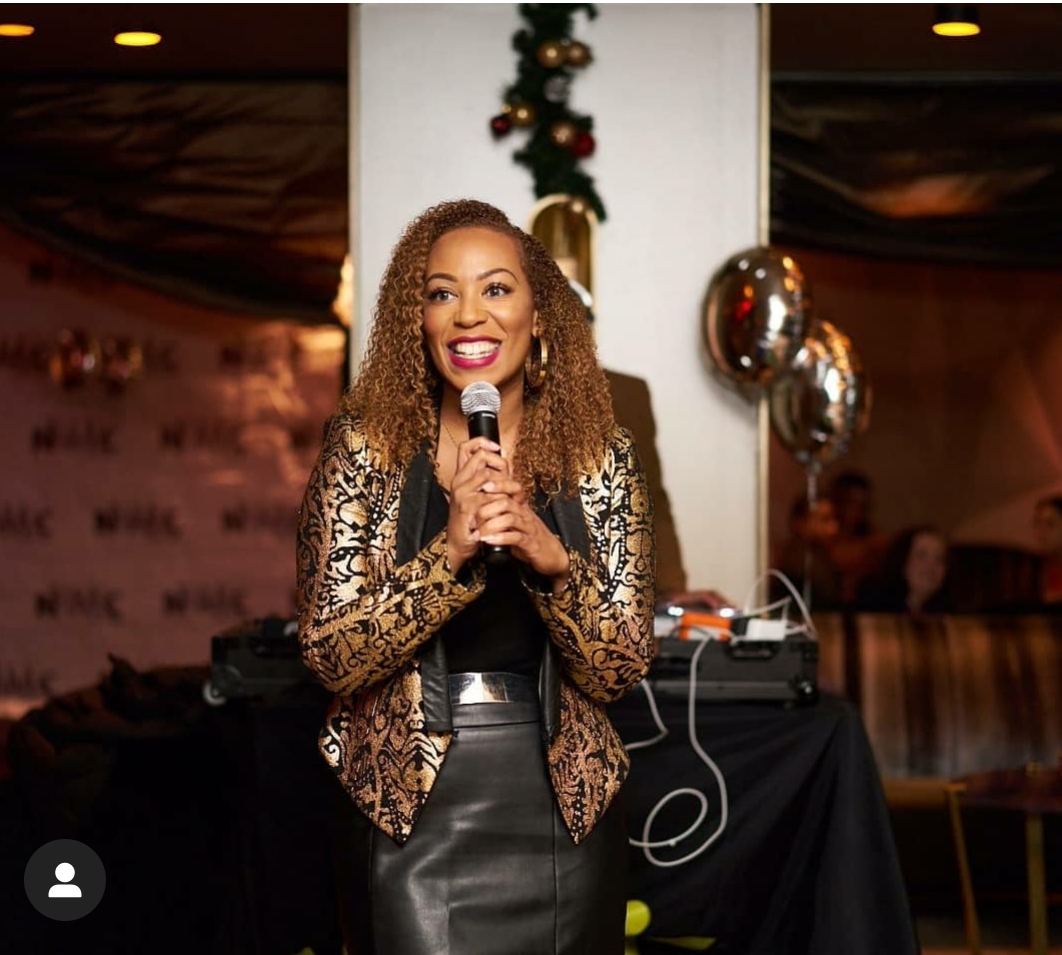 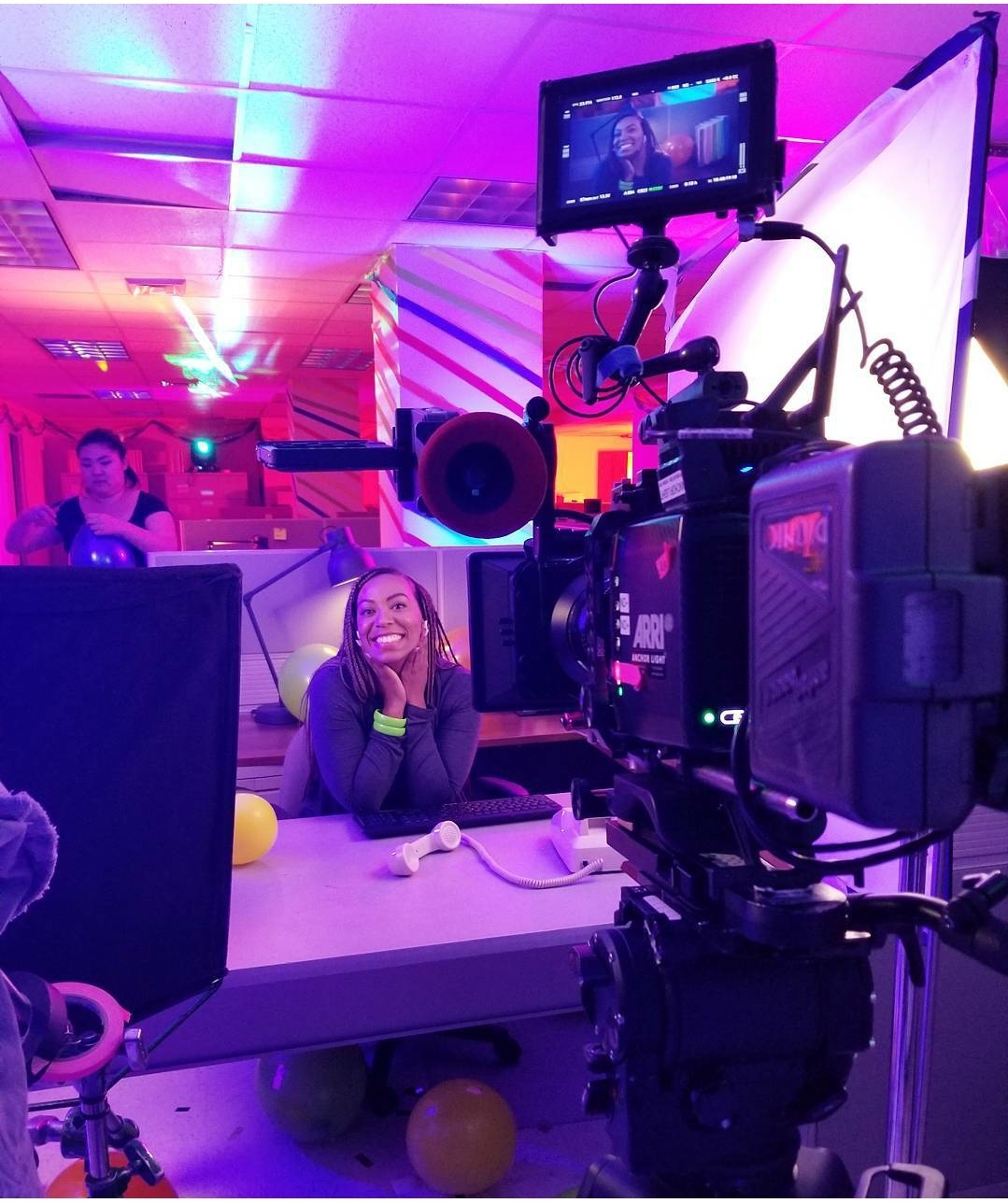 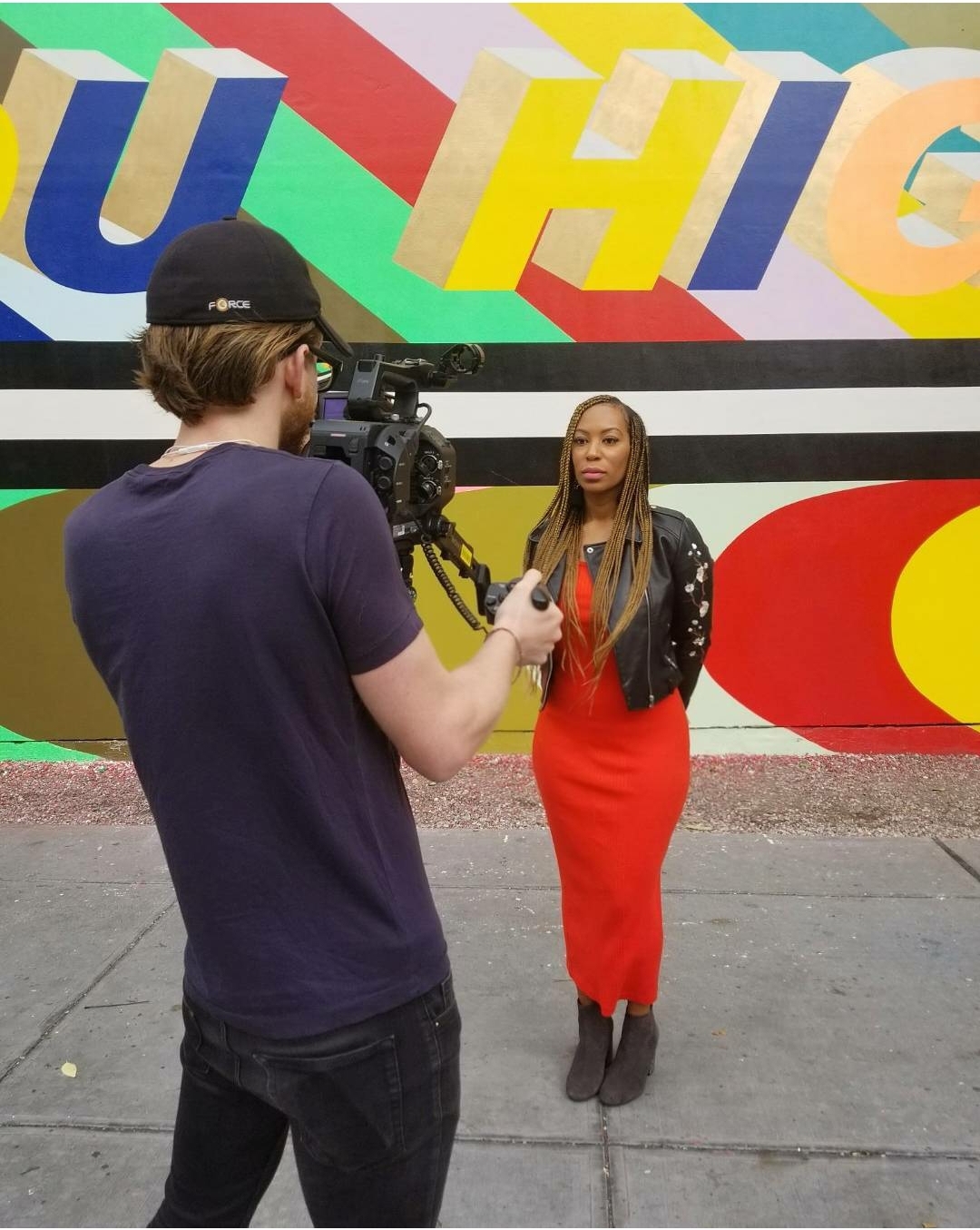 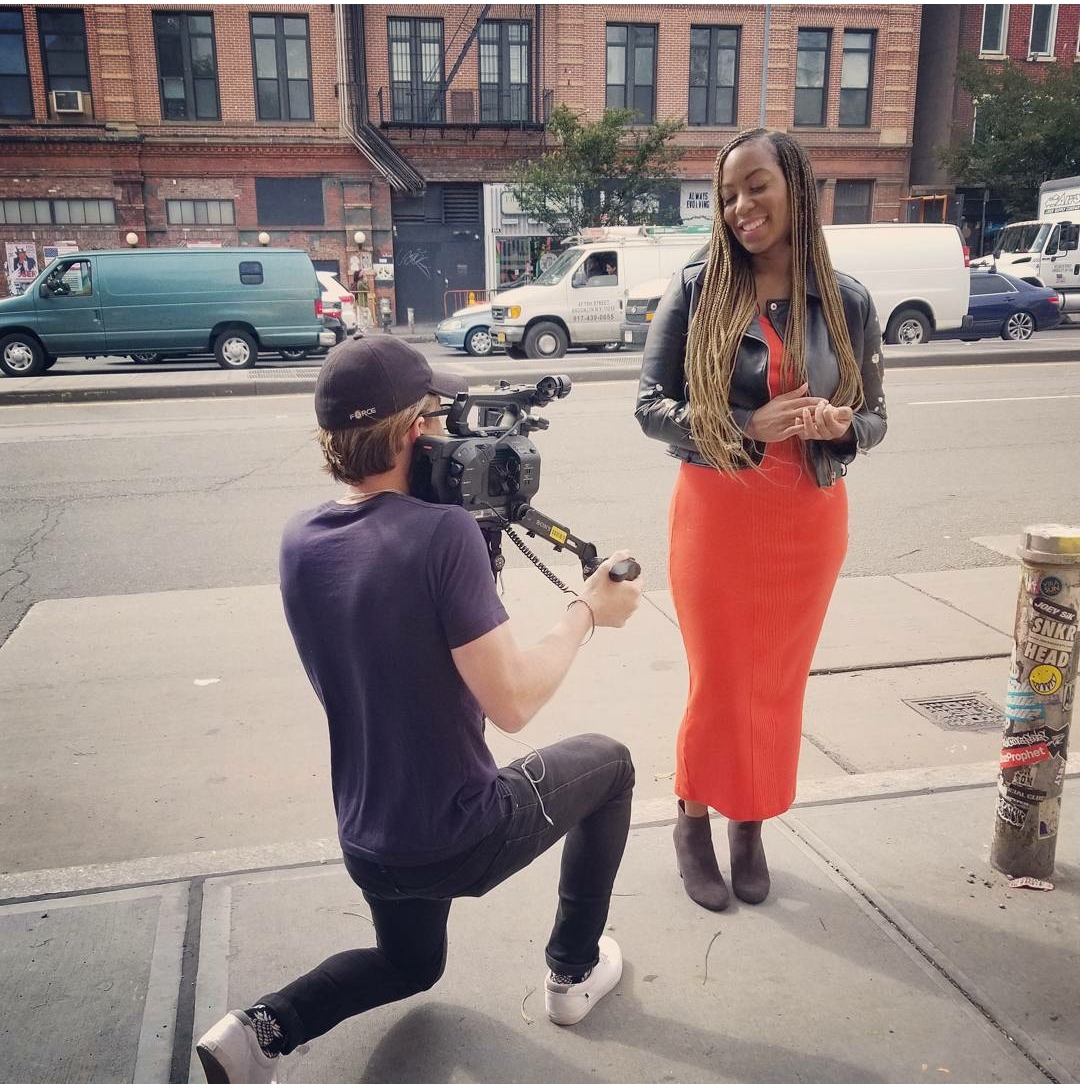