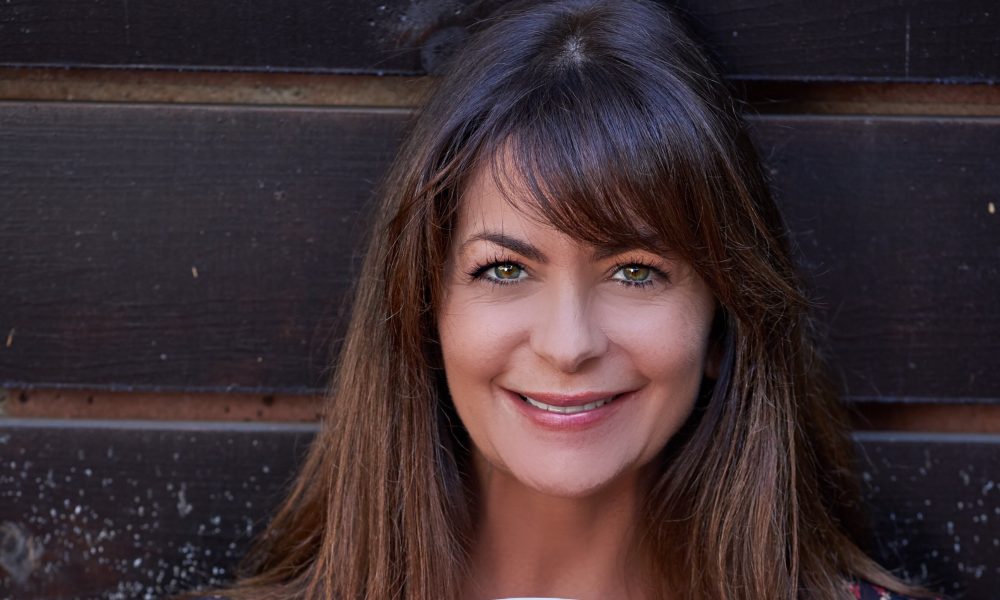 Today we’d like to introduce you to Raquel Gardner.

Raquel Gardner was born and raised in Ohio where she started working as a print model at the young age of 11. “I knew I wanted to be in the Entertainment Industry from the time I was five years old”. Raquel made the leap to Los Angeles, California at the age of nineteen to pursue her dream. “This business has been so much of my life. Whether I’m in front of the camera or behind it, I feel at home. It’s not work when you do something you love”. At 15, Raquel was handpicked to spend the summer working with a Talent Agency in Chicago. While there, she began studying acting and working on commercials. She continued her modeling career as a fitness/swimwear model, landing her a nine years modeling contract with Venus Swimwear, which led her to such tropical places like Jamaica, Mexico, Hawaii, Tahiti, Anguilla Etc. “I had the time of my life being a Venus model!! Many of my life long friends have come from working with Venus.” Raquel has also appeared in magazines around the World such as Sport Magazine, Inside Sports, Instyle, American Swimwear, Swimwear USA, Shape Etc.

Raquel resides in Los Angeles, California and through the years, she has built a reputation for being a professional and committed actor. Raquel has worked in many areas of the business. She starred in 60 episodes of Fox’s Acapulco Bay which aired in 22 countries around the world and is still running with millions of fans around the World!! She had a 6 episode recurring role on ABC’s Marvel Agents of Shield playing Adrian Pasdar’s wife. She’s also guest starred on many shows like Grey’s Anatomy, 90210, Eleventh Hour, Wings, Silk Stalkings, High Tide, etc. One of Raquel’s most challenging roles to date was her recurring role on ABC’s daytime drama Port Charles where she played a nurse that contracted HIV. “Playing that character was a real learning experience for me both professionally and personally”. You have seen Raquel many times on the big screen as well. A few of her feature film credits include A Night at the Roxbury, the Sci-Fi thriller Species II, Coldwater directed by Vincent Grashaw, Mother Ghost with Gary Marshall, Cutback directed by Johnny Remo. And a cameo role in the thriller The Boy Next Door starring Jennifer Lopez.

Raquel also decided to try her hand at hosting and fell in love! Raquel was rewarded very early on with the opportunity to host one of E! Entertainments most popular shows Wild On E! Although she never hosted before, she decided to take on the challenge. Raquel went on to host Toyota’s Inside Line for Supercross, The Outdoor Channel’s Monsters of Destruction and also co-hosted alongside infomercial legends like Jack LaLane and Tony Little on some of their award-winning products. Still working in front of the camera, Raquel immersed herself in other areas of the entertainment industry behind the camera as well to understand the other side of the industry. Raquel worked as a theatrical agent and scout for a reputable talent agency in Los Angeles with an extensive client list of successful working actors that have starred in numerous feature films, television series and commercials such as Grey’s Anatomy, Supergirl, Friends, ER, CSI, Parenthood, American Sniper, Sea of Trees, Frito-Lay, Geico, Kraft, McDonalds, Burger King and Mercedes Benz just to name a few.

Raquel had a strong desire to give back the 35 + years of knowledge she has gained from activity working in Hollywood. She decided what a better way to give back than by becoming an accomplished acting coach for many celebrities and actors, and a committed mentor for the new generation of actors. Her client list is confidential but we can tell you she has helped actors book series regular roles, recurring and guest star roles as well as set coached many well know adult and youth actors you currently see on the television and big screen. Raquel always loves a challenge and looks forward to what her newest adventure or role will be. With her captivating looks, tenacious personality and eye for great talent, she is set on discovering the next Tom Cruise or Jennifer Lawrence.

Great, so let’s dig a little deeper into the story – has it been an easy path overall and if not, what were the challenges you’ve had to overcome?
It has been such a wonderful journey but also a very challenging road. In this business to be successful, you really must do some serious work on your own self-esteem. For me, that was very important in order to create any longevity in this industry. I went through a period where I took a hiatus from the business because I wasn’t sure I could handle to pressure, judgment and criticism. And, after some soul searching, I realized no matter what, I wanted to be in this industry any way I could. I am a creative soul and love the adventure of being an actor.

This business has been my life long desire since I was five years old. I love it! I love all the ups and downs.

I have learned so much about myself through the ups and downs of this industry. So, for that I am eternally grateful. In my eyes, to be a success in this business of show, it is of the utmost importance that you love and accept who you are as a person and as an artist. Doesn’t mean you can’t work on the things that need a little tweaking. 🙂 Just don’t go down the rabbit hole and get stuck not liking yourself because you think you need to be something different to succeed in this industry. You are your best commodity!!

The Actors Mark – what should we know? What do you do best? What sets you apart from the competition?
In 2015, I founded The Actors Mark, a safe space for actors to build a solid technique in their craft and understanding of the business side to their career. I have been in this industry for 30 + years.

Recently, I partnered with my best friend of 30 years, Wendy Turner, an entrepreneur and super business smart woman herself to take the business to a whole new level. We have a great partnership and an even better friendship. We’ve really been enjoying helping newer actors find their way in this industry.
With that being said, I specialize in a lot. Haha I specialize in Actors Goal Coaching & Private Coaching actors for auditions and those that prefer an intimate one on one approach to their craft. But during this time, I really wanted to give actors an affordable outlet to stay creative and build their foundation so when our business gets back to a normalcy, they will be ready to move forward.

We also have a Private Facebook Members Lounge which is a FACEBOOK Group and community for all things ACTING related. We are a like-minded group of artists here to support and lift each other as we go. We offer insights and guidance to The Actors Mark Community. With monthly live classes, Q & A’s, and meet and greets. I also share all of my resources for the group.

I created online Pop Up classes that is 1.5 hour class for $20-30 per class. Subjects include the business of the actor, breaking down your material and many others.

I think I am known for my ability to connect with actors on a personal level. Actors often thank me for allowing them to explore their emotions in a safe environment. I believe in quality over quantity. I know every one of my actors by name, I am dedicated to helping them succeed and grow not just as an actor but as a human! I absolutely love what I do!! And when one of my actors book a life-changing role, I feel like a proud momma! Haha

I think what I am most proud of as a company is my accessibility to my students and because I have been an actor myself for the last thirty years, I know what it’s like to struggle and have three jobs to pay for my dream. So, I make sure that they are getting the best amount of learning for a cost that will not make them feel stress.

What moment in your career do you look back most fondly on?
Wow! I have had so many proud moments in my life as an actor and as a coach.

As an actor, one of my proudest moments was realizing that a show I filmed 20 years ago was still having an impact on people all over the World. I shot a series in 95 called “Acapulco Bay” and it aired in 22 countries around the World. I found out years later that my character was extremely famous in countries like Italy, Ethiopia, Hungary, Indonesia and Dubai. Very humbling! I have been getting more active in the diverse communities here in Los Angeles to be able to at least see and talk with

As a coach, my proudest moment was when one of my students booked a life-changing role on a series! Brandee Evans has been a student of mine for a few years now. She is a super dedicated actress with a will to succeed and the tenacity to make it happen. She had an audition for a series regular role for a new show on Starz called P-Valley. It was the lead role in the series and Brandee had not done that much acting before then. She worked her but off because she knew she could do whatever she put her mind too. We worked very hard on that role and it paid off because…she got the role!! If you are an actor and you do not have a trusted, dedicated coach that knows you well enough to push you outside your comfort zone, you should find one because I believe it’s a game-changer!! 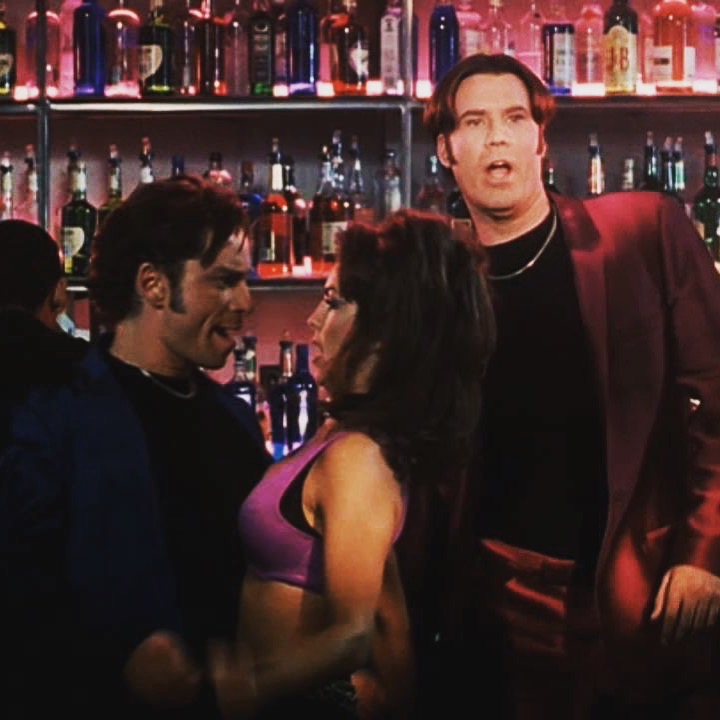 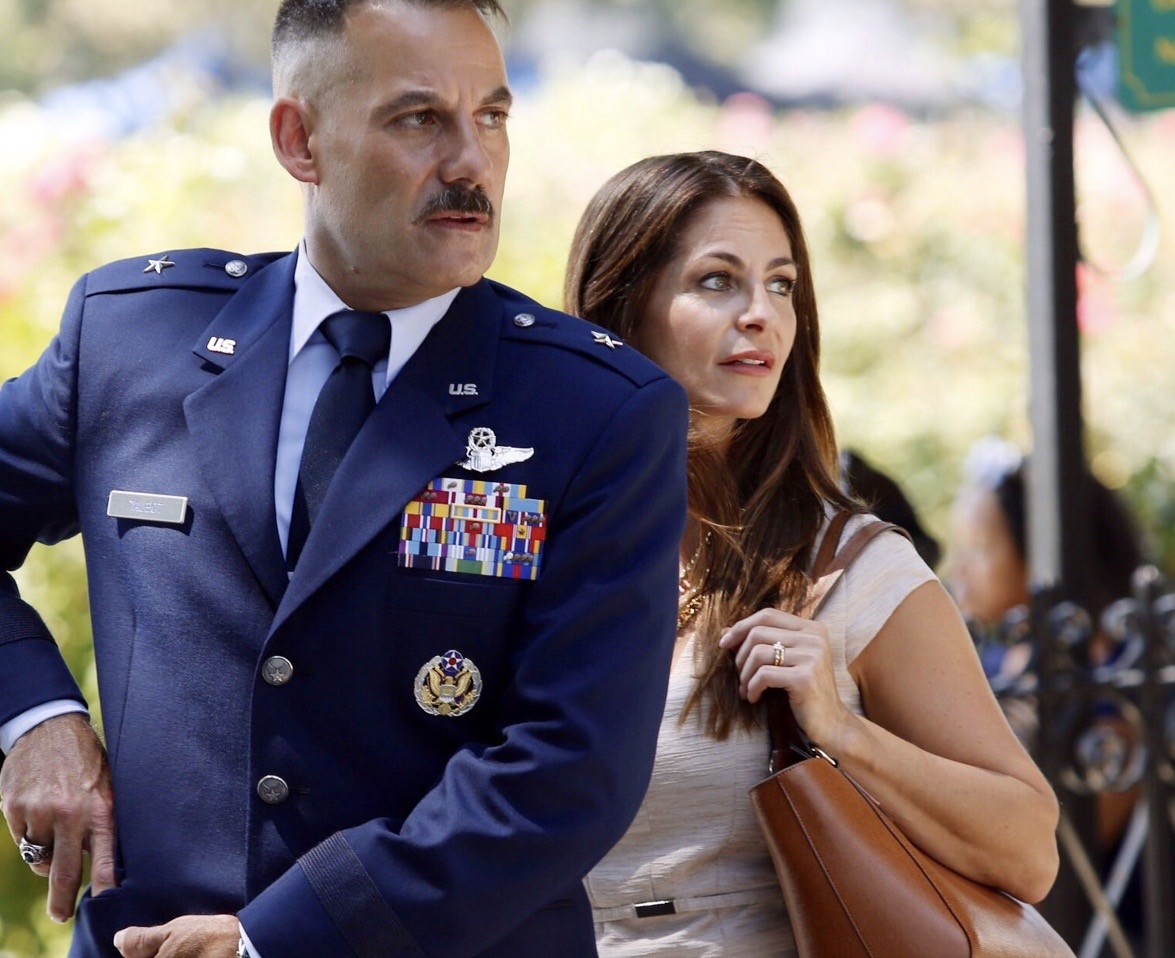 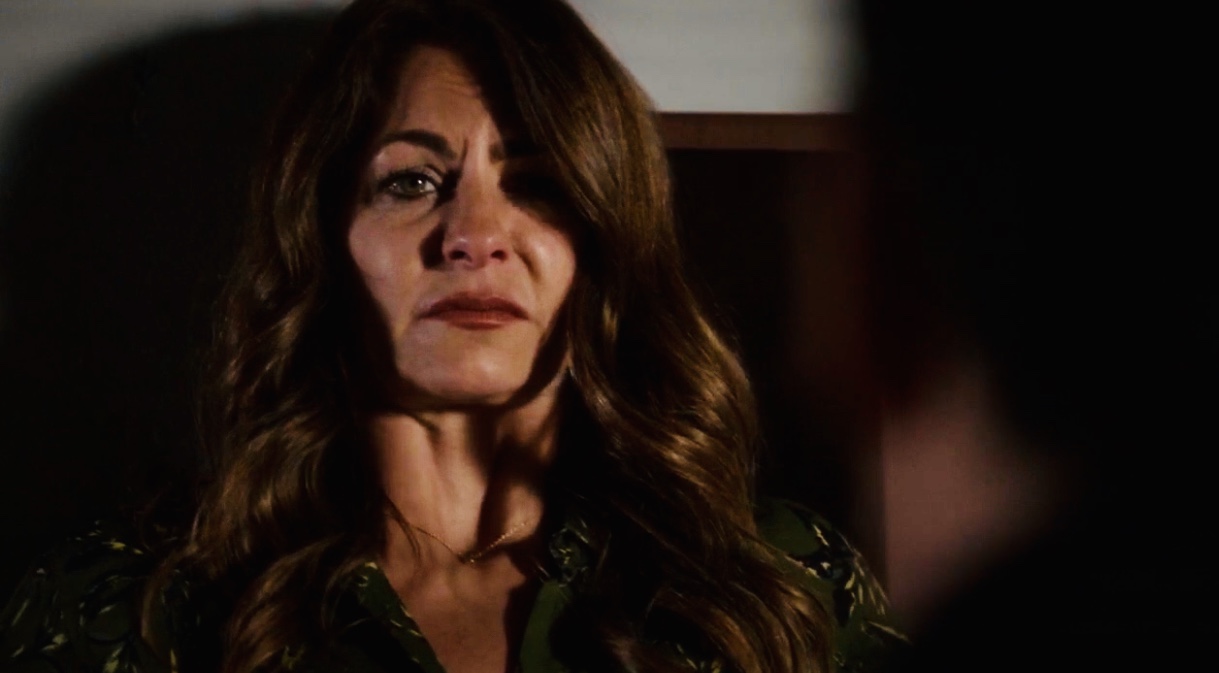 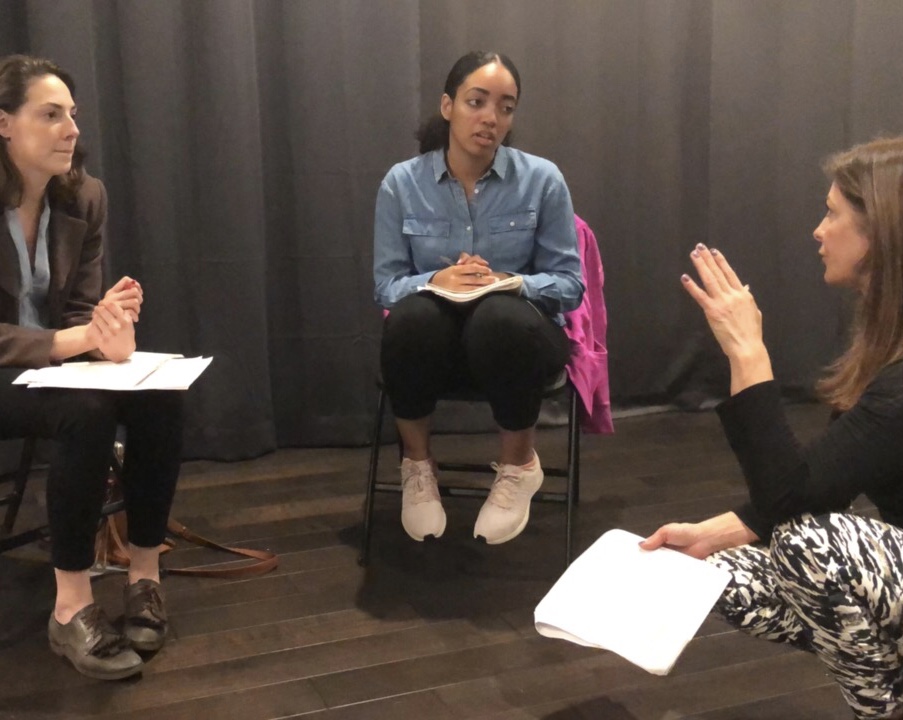 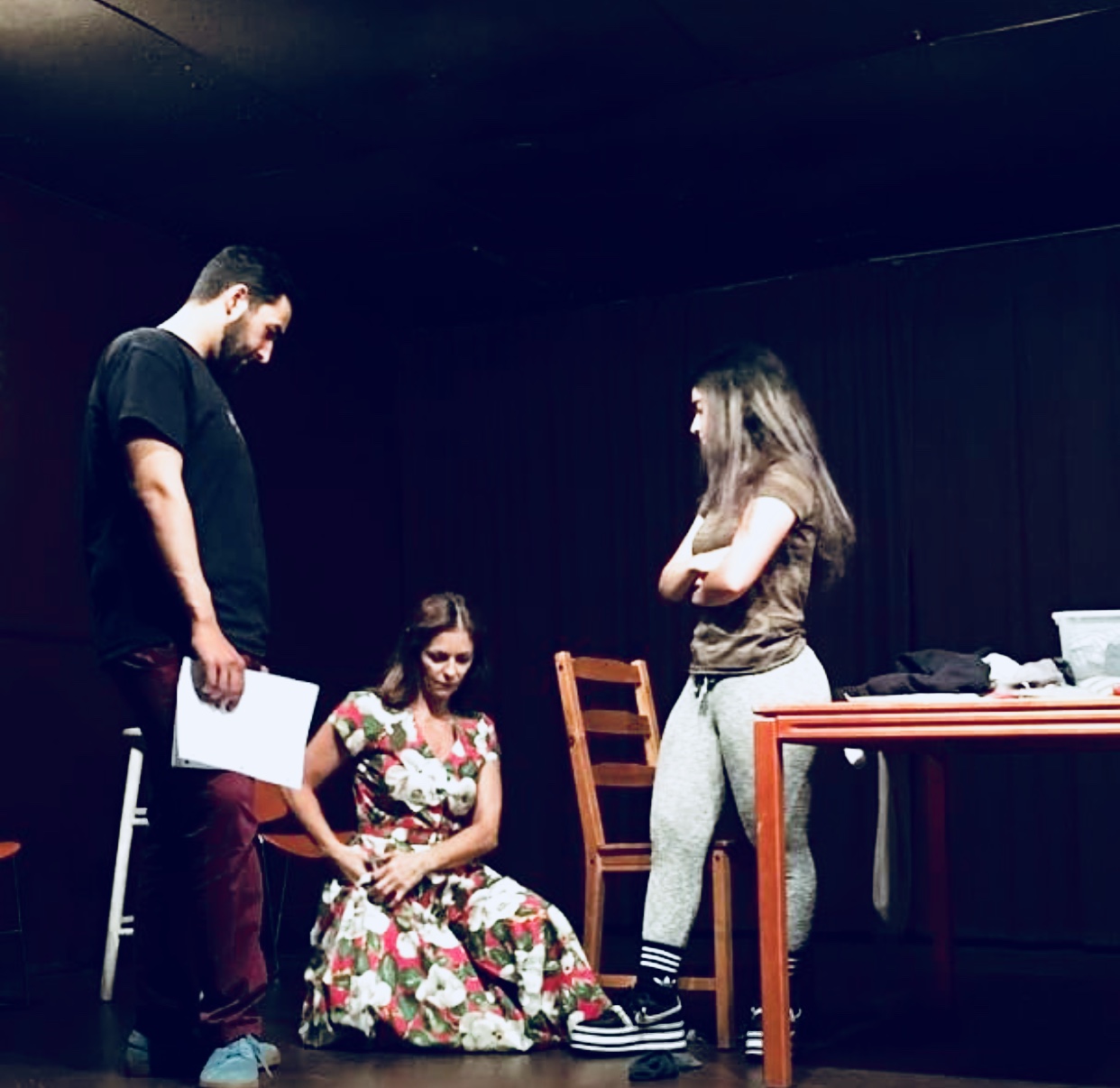 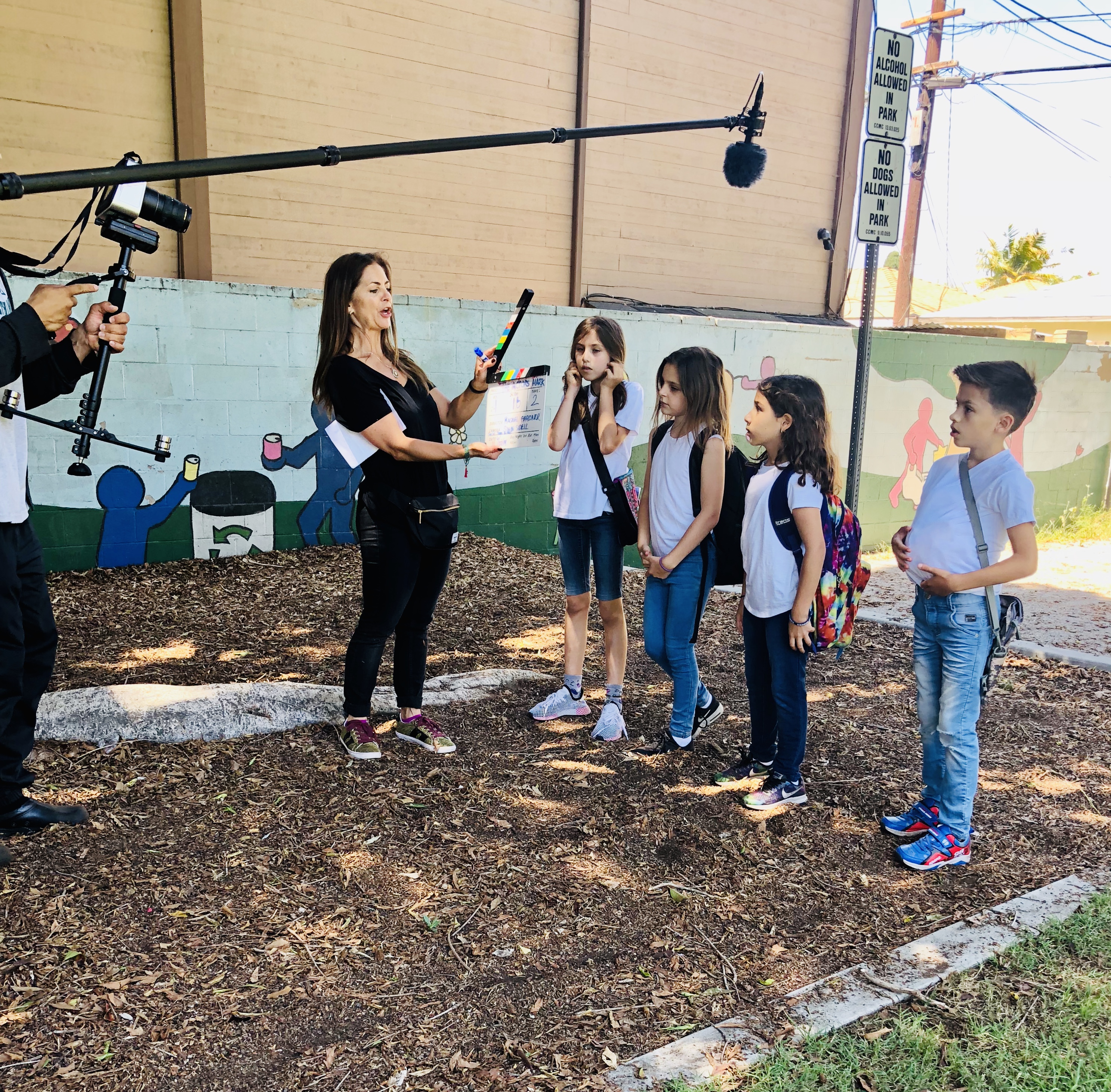