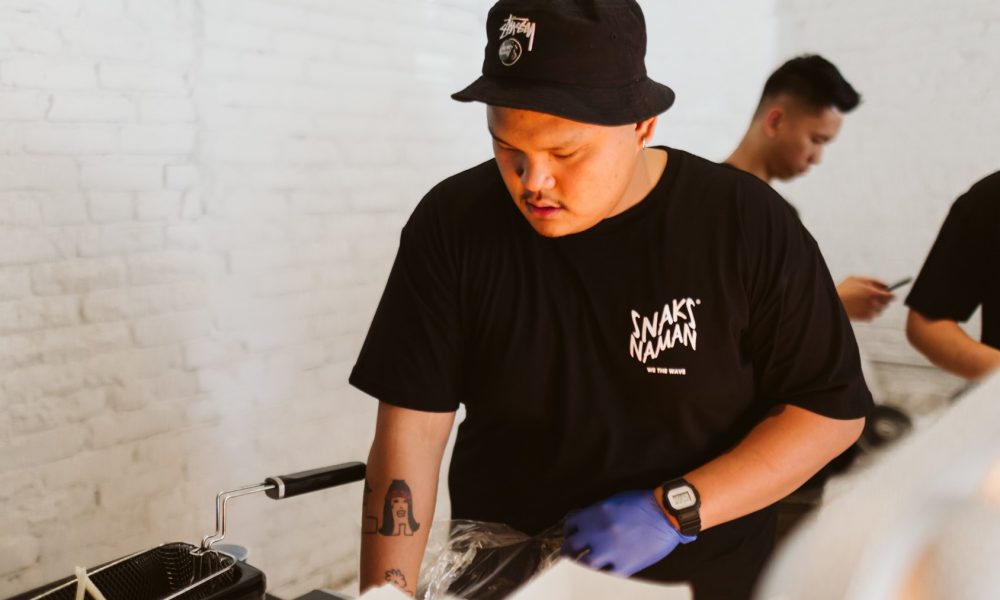 Today we’d like to introduce you to Raphael Macasaet.

Raphael, let’s start with your story. We’d love to hear how you got started and how the journey has been so far.
Food has continuously been a big part of my life. Watching my grandmother cook I always wondered how it works. How can you take beautiful raw ingredients, add heat, seasoning and some time to create dishes that not only taste amazing but sticks with you in a form of memory?

In choosing my career path after high school it was between radiology or culinary arts. Both of my parents are successful dentists and were pushing the medical field on me. I took their advice and tried to become a radiologist. I lasted half a semester. I sat in a five-hour accounting class and said to myself, “this isn’t for me.”

That was the moment I took my love for food to the next level by learning how to cook professionally. I graduated in Culinary Arts from The Art Institute of California Los Angeles and needed a job to pay off my student loans. I was told that the best paying jobs for new cooks are in hotels so I applied at the Four Seasons Resort in Maui. I received an over-the-phone interview. Two weeks later I was working at one of the busiest luxury hotels on the Island.

Fast-forward five years – I’ve learned everything I sought out to learn and I started to feel stuck, creatively, with the infamous “same thing, different day” attitude I needed to shake off. I had to make a decision quick – do I keep working in beautiful Hawaii or do something more innovative for me that I can be proud of? After weeks of contemplating, I was back on a plane back home to chase the dream! The process started with baking cakes. My mother and I were selling specialty cakes out of my house during the holidays with the help of social media and word of mouth. Once the holidays were over, cake sales slowed down and I needed something else to keep the momentum going. That’s where the idea of having pop-ups came in. We thought of pop-ups as more of an event slash party, but the main focus was the food. The formula of “come for the food, stay for the party” would work and be embraced in Los Angeles. I texted my friend Aldie Valera to make a flyer to help get the word out about the upcoming event and now he’s my marketing genius doing everything from graphic design to videos. We needed a name for our event and being Filipino using Filipino flavors in our food we decided to call it “SNAKS NAMAN” (original word is “naks naman” – Tagalog slang meaning “atta boy.”) We added an ‘S’ to make it catchy, about food and connect with our audience. Here we are four pop-ups later with two at my house, a widely attended one in Echo Park and the most recent one in Manila where we brought back flavors from Los Angeles to share with our people in the Philippines!

Has it been a smooth road?
It most definitely has not been a smooth road! Like any startup business, the beginning is where most of the struggle is. Building a new brand is very difficult with a lot to factor in like our product, building an audience, sustainability, etc. We’re a group of friends trying to do something for ourselves that we can share + enjoy with people.

The pop-up culture in LA is huge and I felt like if we were to experiment with this type of event, this can definitely work here. We treated it like a party but with really remarkable and tasty food you can’t easily buy at your local store. The first pop-up was held at my house in Chatsworth and it was a good turnout for the first time – mainly being supported by our friends –totaling 50 to 60 people. The second pop-up was also at my house but this time we totaled about 75 people. The word was getting around and we were motivated to bring in a whole different crowd at a new venue. It was a bit difficult to find a place with the ambiance we’re looking for that’s 1) not an established restaurant (which would be out of our budget anyway), 2) that would let us cook and sell food and 3) play really loud rap music (much needed to set the vibe we sought out to capture). By the power of Peerspace (this is obviously not an ad) and persistency, we found the perfect venue with a gallery setting in Echo Park. We decided to feature one of our close friends Jeweler Mark Cruz of PVRO to showcase his grillz – which has never been done before, ever. We received a small feature in LA Weekly about our event and we ended with around 200 people. We were beyond grateful for this turnout!

Being so new and unknown, social media played a huge roll to get our name out there or at least get a whiff of what we’re cooking. We made intriguing digital flyers and posted via Instagram/Twitter/Facebook and we hoped for the best. It’s a slow uphill start for us but I have faith in the team and our loyal “fans” – called Snakr’z – that we are something new, cool and different. When we struggle, we always try to remember to look at the bigger picture and never the “right now” moments – which are the moments that build the brand behind closed doors. If it was easy, then everyone would do it and if we’re not impressing each other with new ideas, why would anyone else give us their time?

We’d love to hear more about your business.
Snaks Naman is a group of creatives curating experiences with food and vibes. We showcase our Filipino culture and tie it in with our Los Angeles lifestyle. We are not a fusion restaurant/brand or your next typical restaurant just trying to catch the wave. WE ARE THE WAVE. Me as a chef, my favorite thing is exposing people to things they’ve never tasted. With the Filipino food scene on the rise, people are more willing to try new things from our culture.

Our specialty is being able to take food, music, art and heritage and present it in a way where it’s exciting. Everyone loves good food and a good time so those two concepts created Snaks Naman. What sets us apart is our approach to these events. It’s not a fancy sit down restaurant but it’s not a casual outdoor taco stand. We try to do things that haven’t been done. When was the last time you heard of someone getting molded for a gold grill, had a really tasty sandwich right after, washed it down with a Calamansi Arnold Palmer and bobbed their head Young Thug?! Cue “Nelly’s “Grillz” feat. Paul Wall.

One of the proudest moments for sure was being able to do a pop up in Manila, Philippines. We spend so much time trying to share Filipino food and culture with the people here in the U.S. so it was cool to show Filipinos a taste of Los Angeles culture from bacon-wrapped Doyer Dogs to Elote, something Los Angeles is well known for and the Philippines has yet to experience.

Is our city a good place to do what you do?
Yes, definitely! Los Angeles is a city where a brand like Snaks Naman can be accepted and survive. It’s the perfect stepping stone not only because the rise of Pinoy food and heritage is at an all-time high (#fact) creating more fans of Filipino food but there’s a new trend of modern/upscale Filipino dining experiences here with full coursed sit down + wine list type of restaurants in lieu of the basic cafeteria style point-and-go. We’d like to keep that momentum going yet create our own WAVE and sense of style. 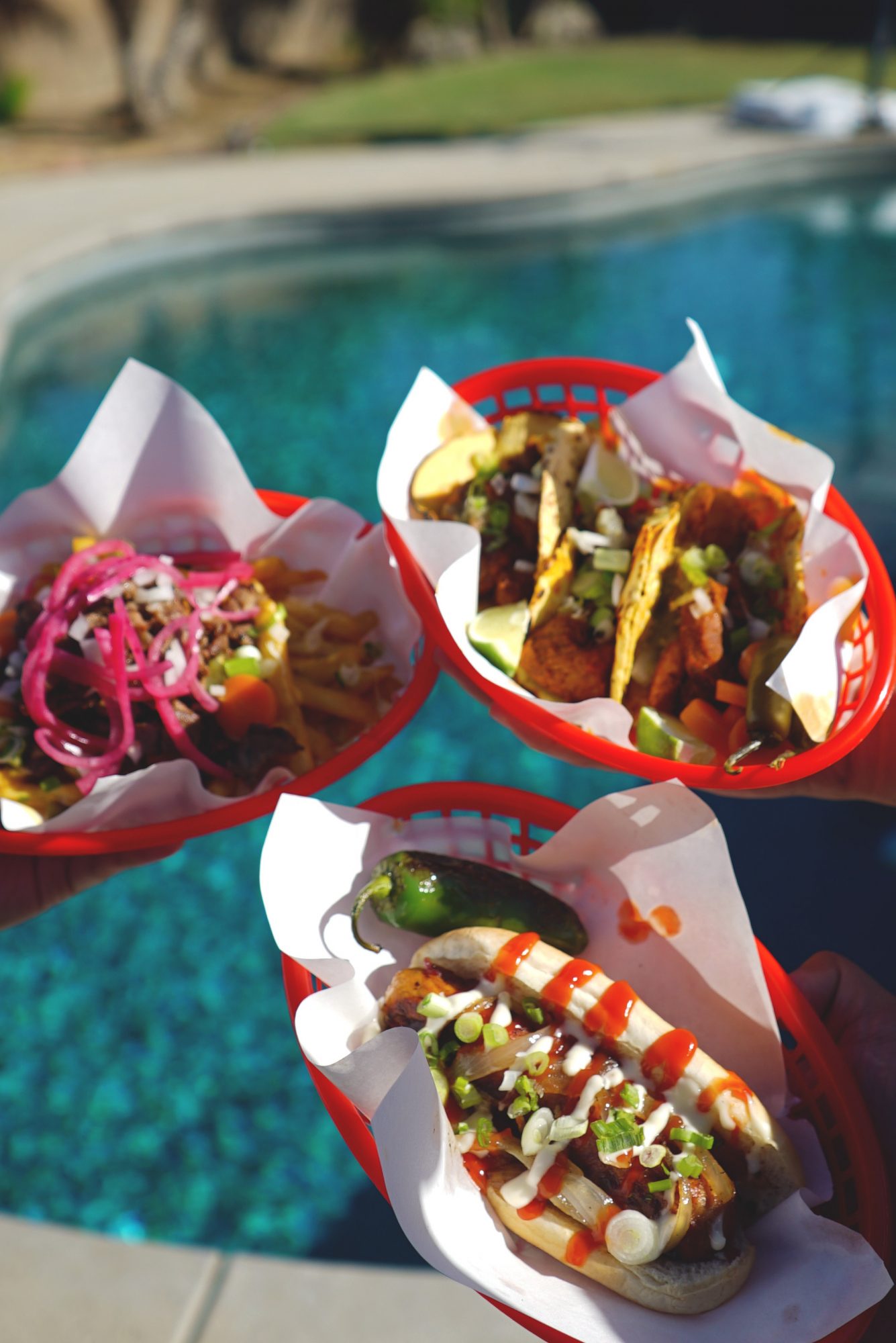 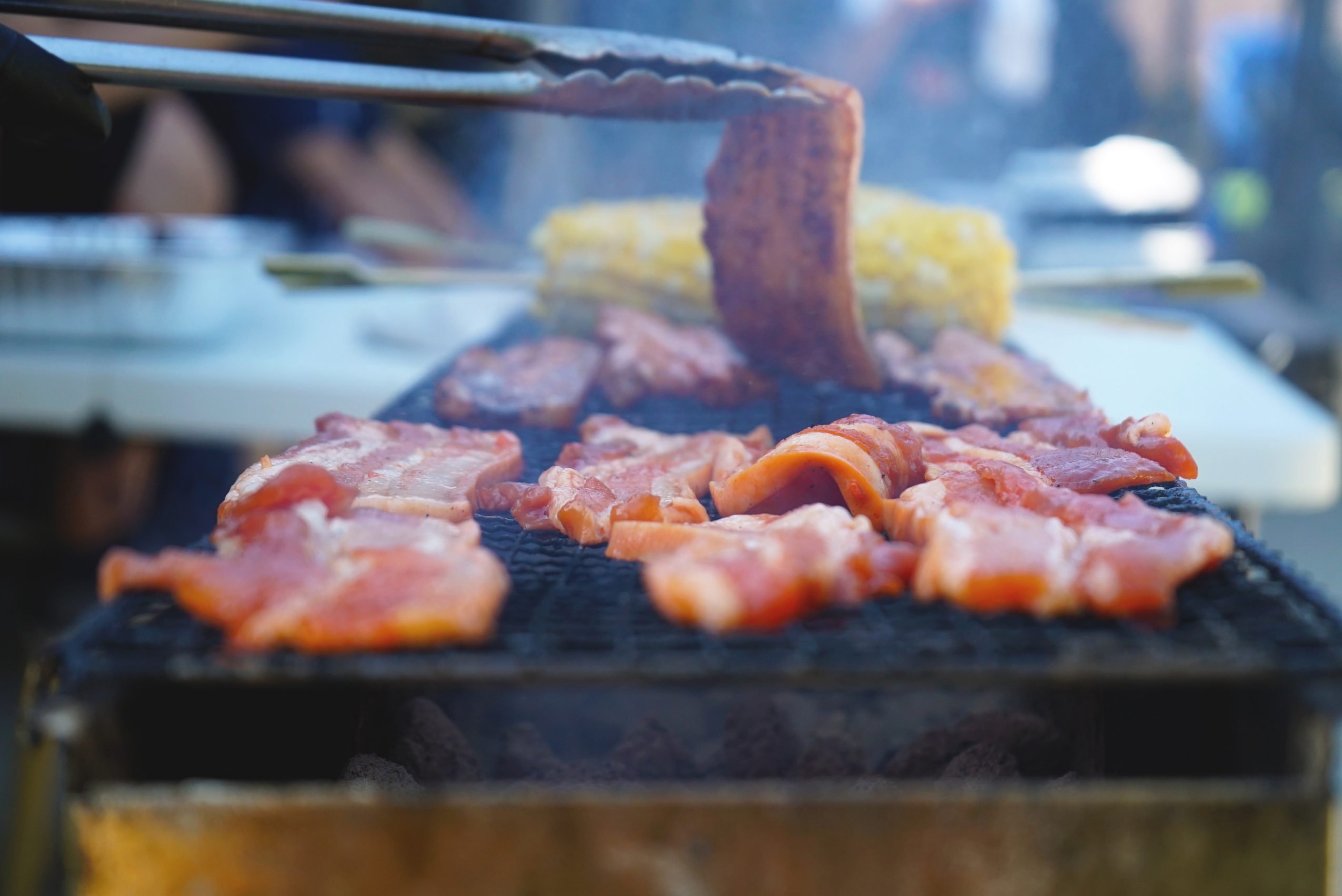 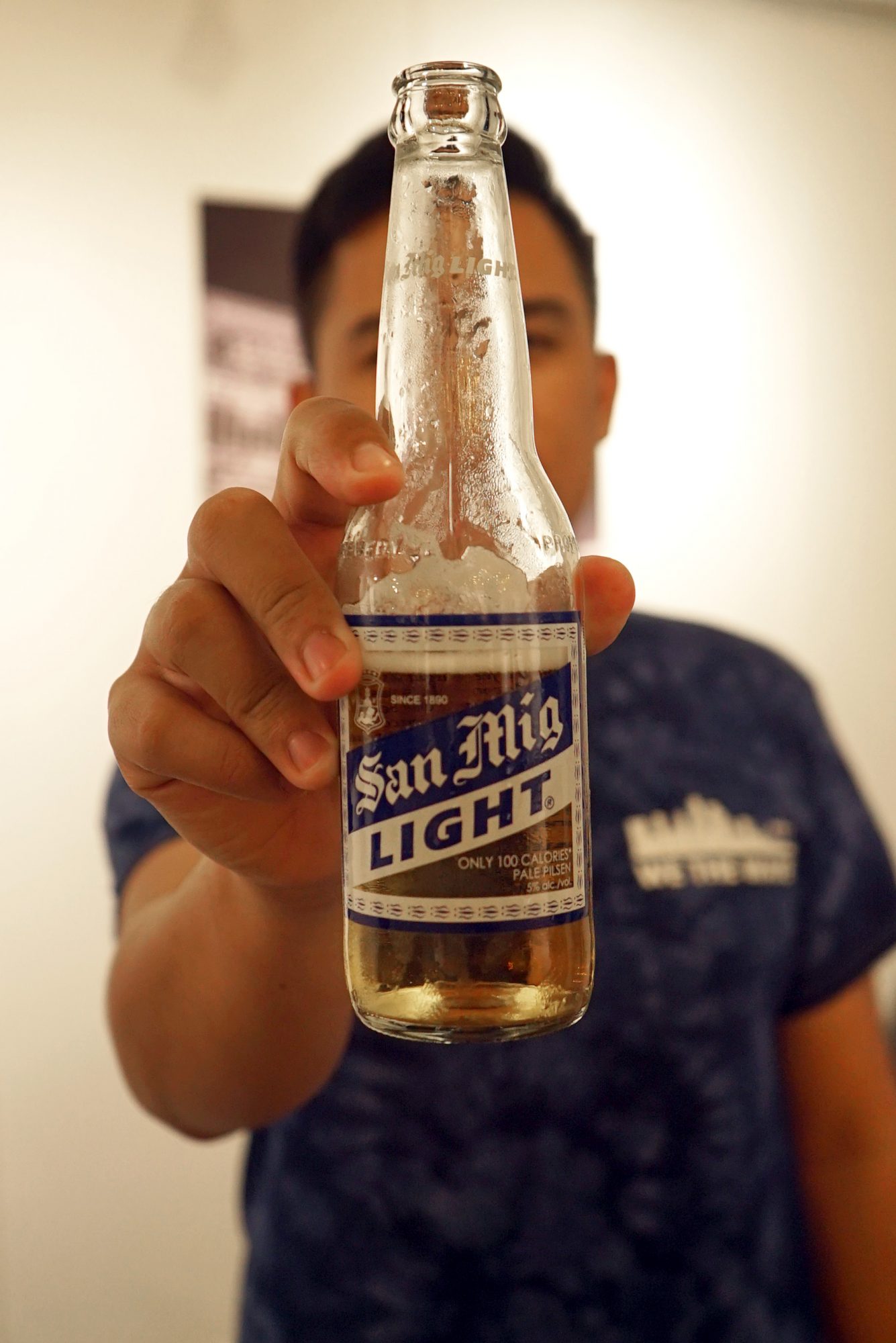 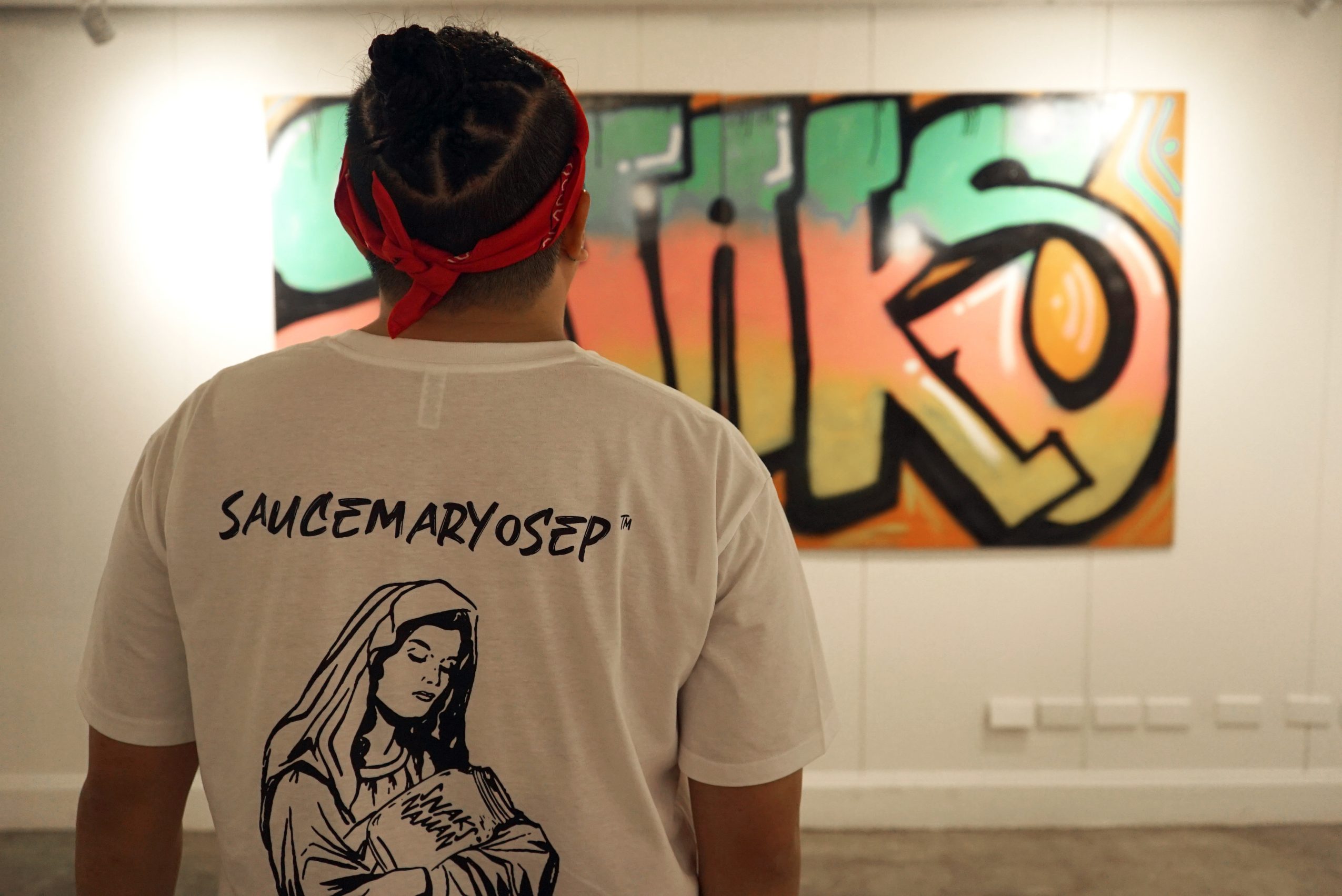