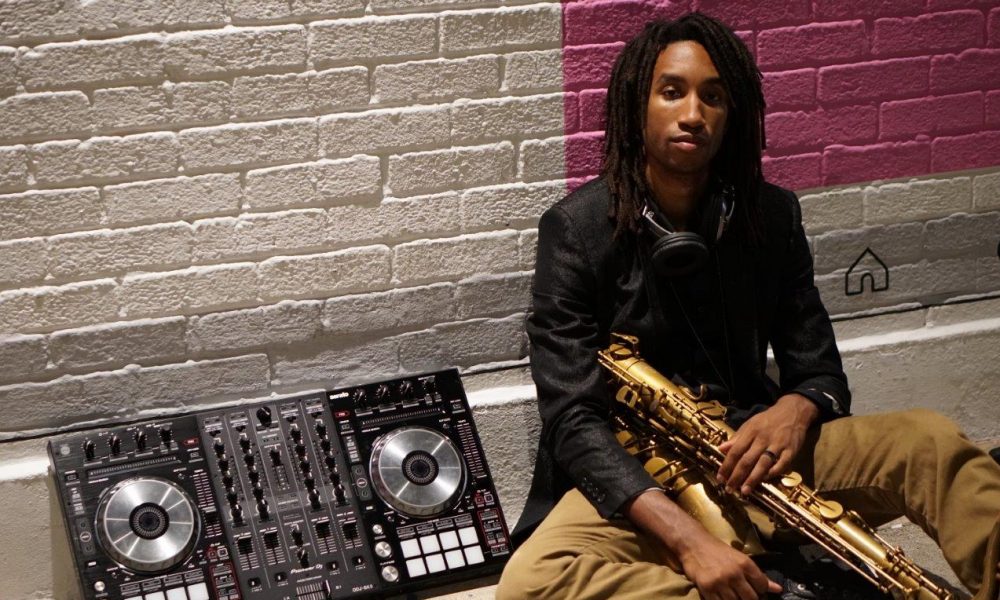 Today we’d like to introduce you to Randy Gist.

Randy, please share your story with us. How did you get to where you are today?
I’m originally from Kentwood, Michigan and grew up in a semi-musical household. My siblings all were involved in music even though our parents weren’t. I wanted to be just like my oldest brother John Gist, who’s an incredible saxophonist so I sort of followed in his footsteps for a long time. I started playing saxophone when I was 11 and was pretty average like most kids, just showed up and practiced sometimes. I didn’t really start taking music seriously until I got into Jazz band in High School. After that, I was pretty hooked and was practicing constantly. Fast forward a bit, I got my Bachelor’s in Jazz studies from Western Michigan University and then got a Masters in Studio Jazz Writing from the University of Miami Frost School of Music. I graduated from University of Miami in 2012 and moved to LA a week after graduating.

When I got to LA, I was extremely aggressive about reaching out to musicians I looked up to. I went to jam sessions seven days a week and would compose and produce for about 8 hrs a day minimum during the day. I was really trying to get in anywhere I could. I was extremely fortunate to have Veigar Margeirsson and Mark Denis take me in and show me the ropes of producing music for movie trailers, tv promos and video game promos. I was simultaneously building relationships and started getting into commercial acting, sidelining gigs as well as corporate and wedding bands. Eventually, I started getting some artist gigs that really elevated my career and helped get me settled into town like I’m not going to have to leave from lack of work!!! I’m really grateful to everyone who helped me reach that point.

In the past few years, I started DJing which I think all musicians should know how to do at some level. It really makes you think about music in a completely different way! I’ve been really fortunate to have great mentors Cory and Tera Almeida who have really taught me a ton about being a great DJ, MC, and host. I’ve been fortunate to get to DJ a lot of movie premieres for Disney’s El Capitan Theatre!

Right when COVID started, I began a youtube channel that’s got some content geared towards helping musicians re-evaluate how they think about their music careers and what it takes to be successful. I really think I have a unique perspective that I want to share with people to give them more confidence and tools to live out their dreams.

So now, I’m spending the vast majority of my time learning to become a professional photographer and Videographer. I’m always looking to expand my skillset. It’s been a really fun adventure and thus far, I’m loving every minute of it, though I’m also looking forward to getting back to playing music with my friends again.

Overall, has it been relatively smooth? If not, what were some of the struggles along the way?
In some ways yes, in many ways no. I think life is what you make of it. I definitely wasn’t a prodigiously skilled musician by any stretch of the word, I really had to work for every bit of skill that I have. Where many people may see a “struggle” I don’t think of it that way, I really just see everything as an opportunity for growth and a puzzle to be solved. You either solve the puzzle or you don’t and be ready to accept the consequences for both.

All that being said, out of high school, I went to a university I wasn’t happy with and ultimately ended up transferring. During that process, I basically had no support from anyone, everyone in my life was telling me I was making a big mistake and that I was throwing my life away. So you have to know what you want in life, what’s going to be right for you and not living by other people’s expectations.

Moving to LA with relatively no money after moving expenses, was pretty tough, I lived off of rice and Trader Joe’s salsa three meals a day until I got enough work so I could afford eggs. Was pretty scared I was going to run out of money and be living out of my car and then I booked my first touring gig with American Idol winner Phillip Phillips.

One man’s trash is another man’s treasure, some see struggle and it’s real for sure, I just try and turn struggles into successes it’s all about perspective.

We’d love to hear more about your work and what you are currently focused on. What else should we know?
I’m a person, that’s at least how I like to explain WHO I am, but I do a lot of things. The list is a bit long, but I’m a Saxophonist, Composer, Producer, Engineer, Orchestrator, DJ, MC, Motivational Speaker, Life Coach, Photographer, Videographer.

As a composer, I’ve had the privilege of writing music for the theatrical campaigns of “Mission Impossible: Rogue Nation”, “Teenage Mutant Ninja Turtles”, “Despicable Me 2”, “War Dogs”, “Evil Dead” and many others. Randy has also arranged for the Costa Rican National Orchestra. I also was very fortunate to record the British Session Orchestra in Abbey Road Studio 2!

As a saxophonist, Randy has Performed with The Jonas Brothers; John Legend; Kesha; Ricky Martin; American Idol winner Phillip Phillips; Has performed at the 2020 Grammys; performed on “The Tonight Show” with Jay Leno; performed with Aloe Blacc; performed with Jamie Foxx & Kelly Rowland for President Barack Obama; been featured numerous times on the Fox hit TV show “Glee;” and performed on the soundtrack to Pixar’s “Epic.”

Randy has had the honor of DJ-ing for several major Disney Events including The “Toy Story 4” World Premiere, Aladdin World Premiere and “The Lion King” World Premiere at the El Capitan Theatre in Hollywood CA. He has also worked on countless corporate events and weddings both as a DJ and a Saxophonist.
​​
Randy is proud to play Eastman Winds Saxophones as well as Beechler Mouthpieces.

It takes a village and honestly, I feel like if any of these individuals were removed from the list, I wouldn’t be here at all. The list is truly much larger but those are the names that came up the absolute fastest. 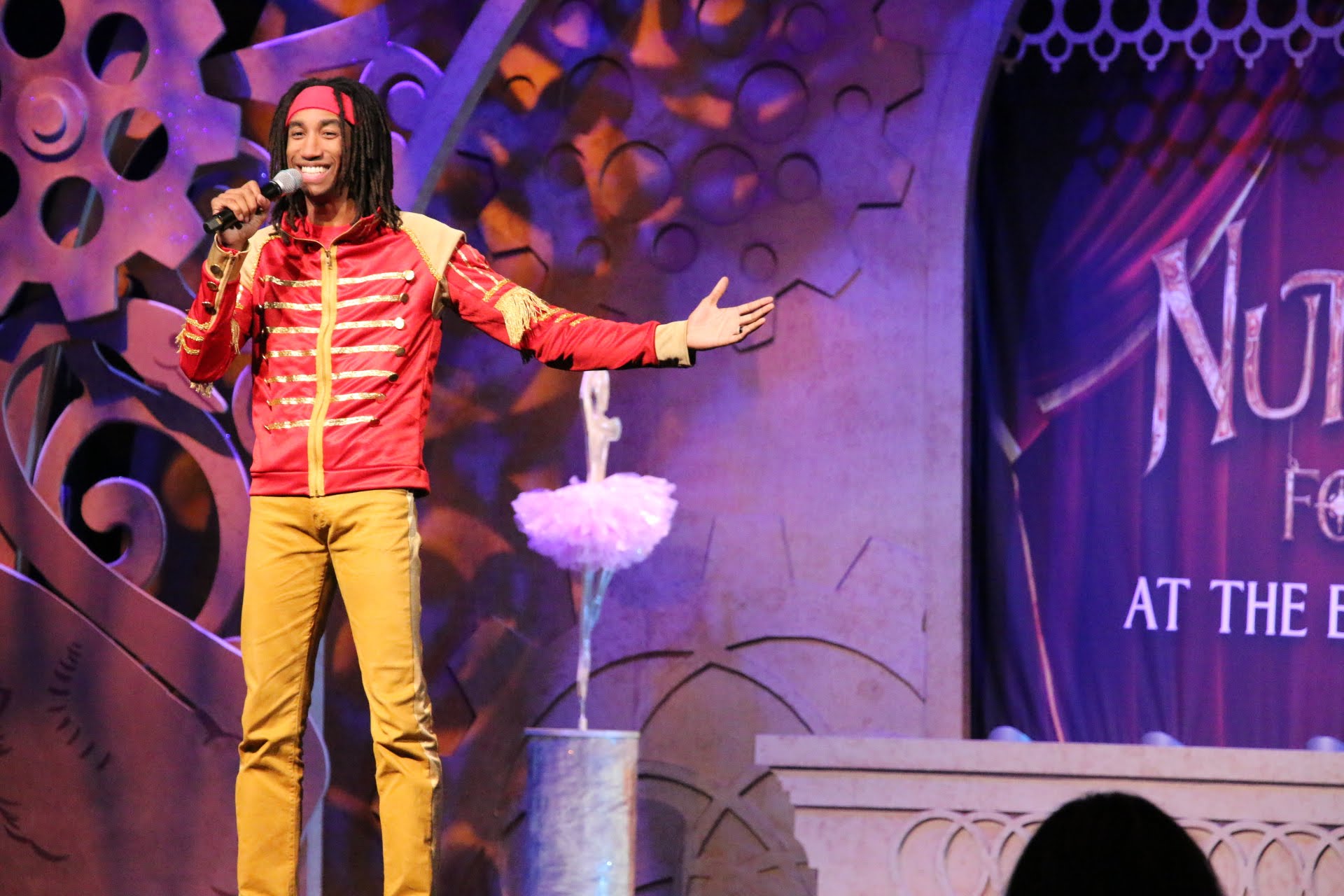 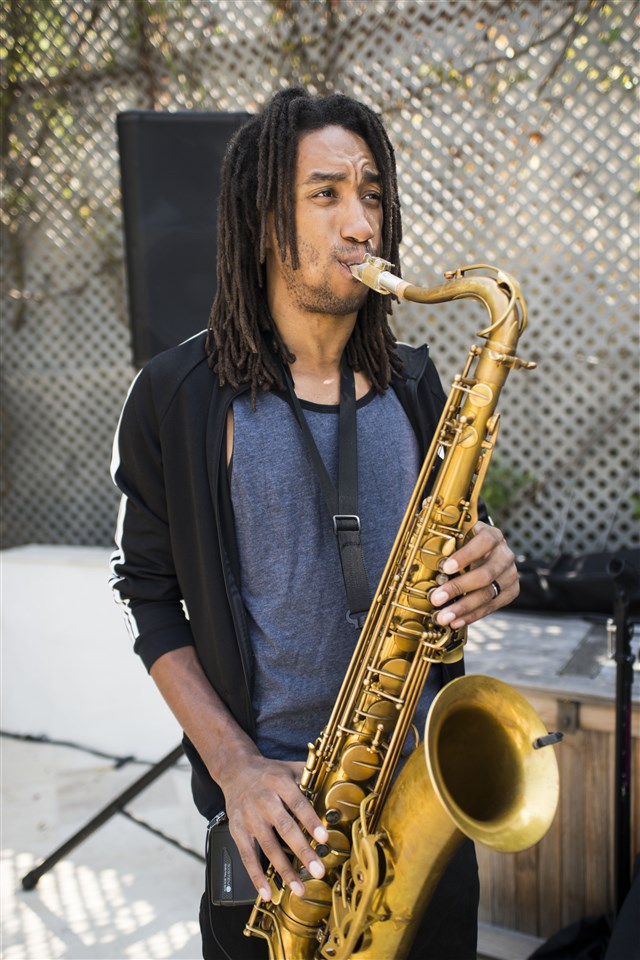 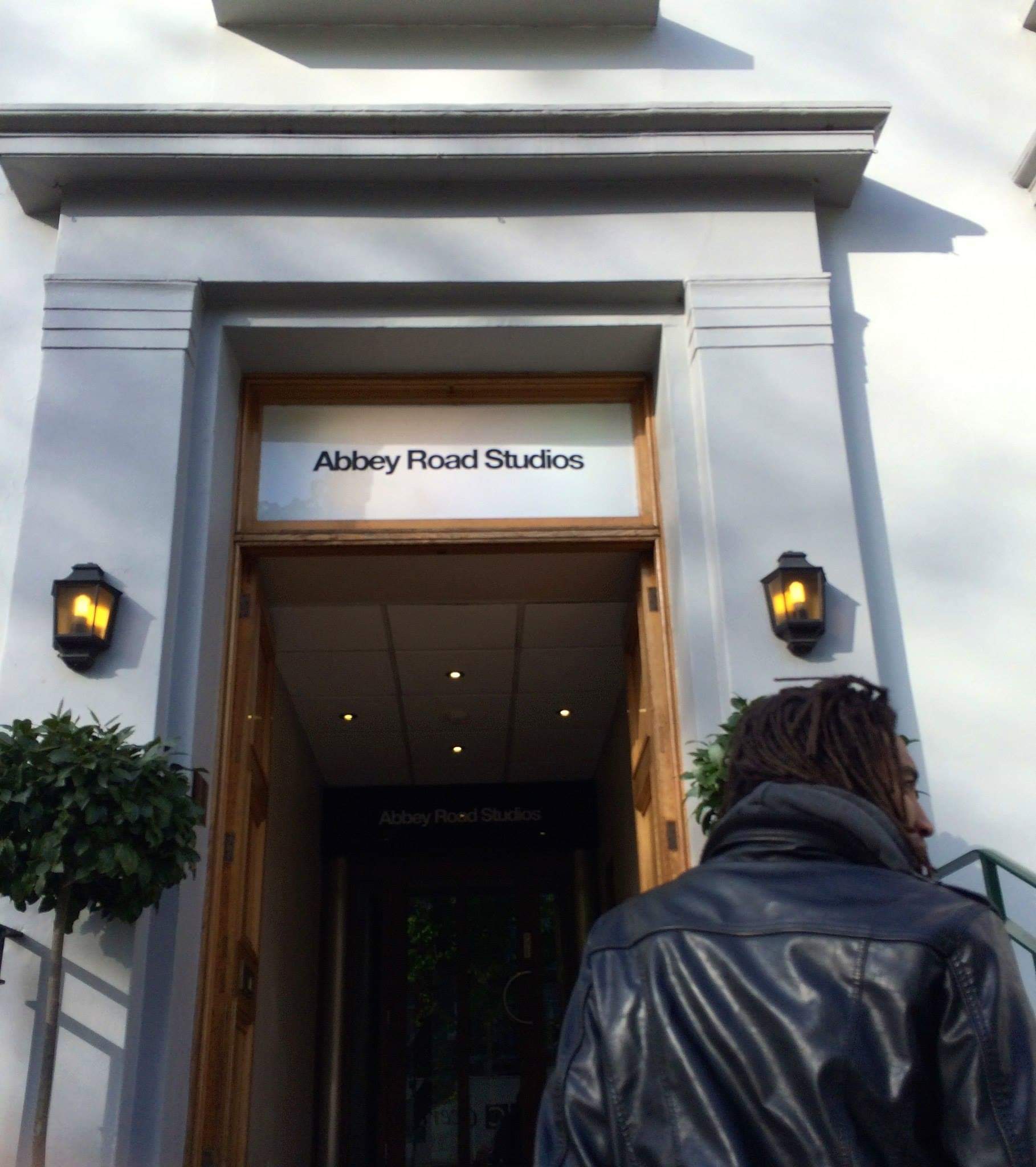 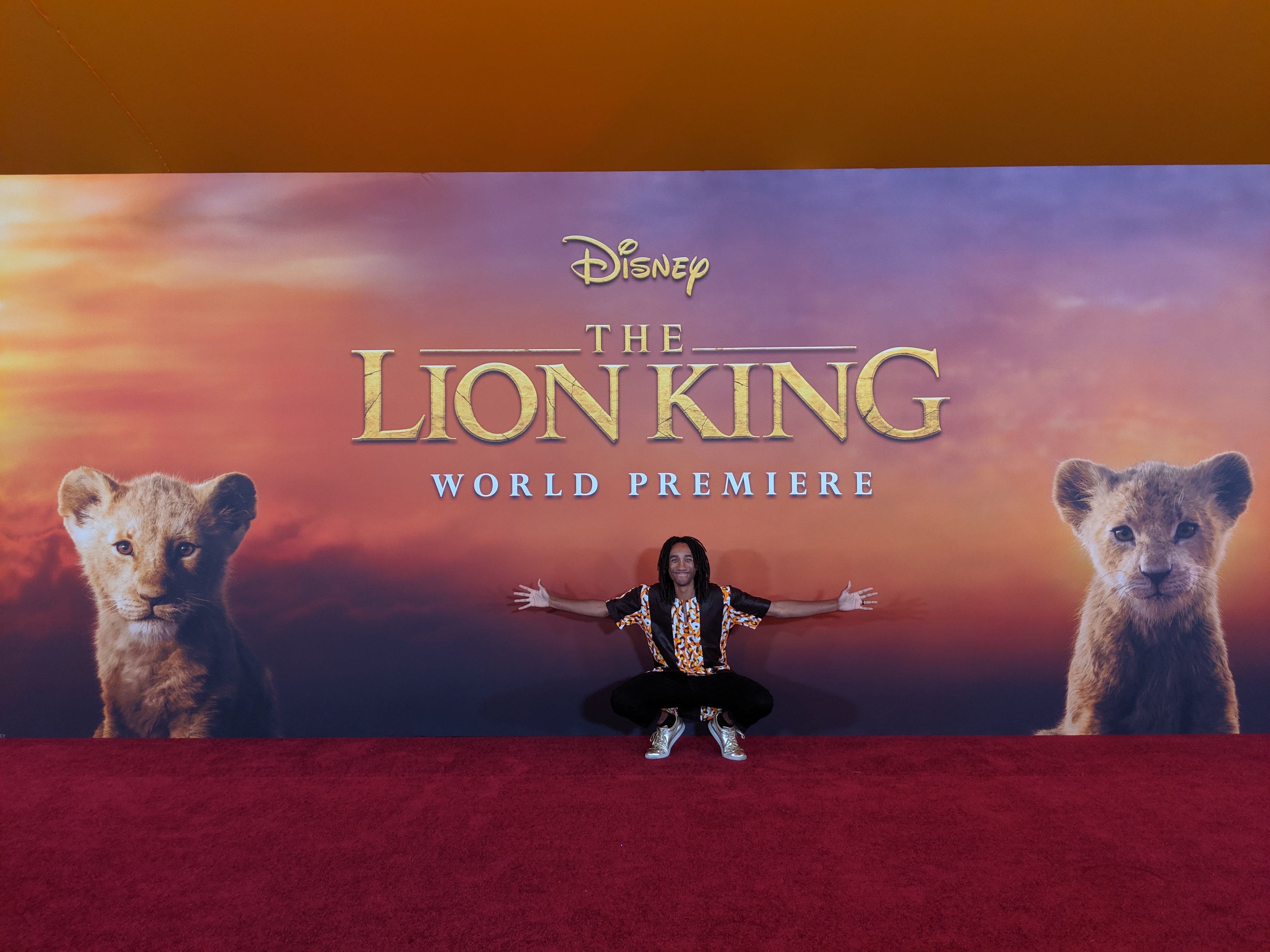 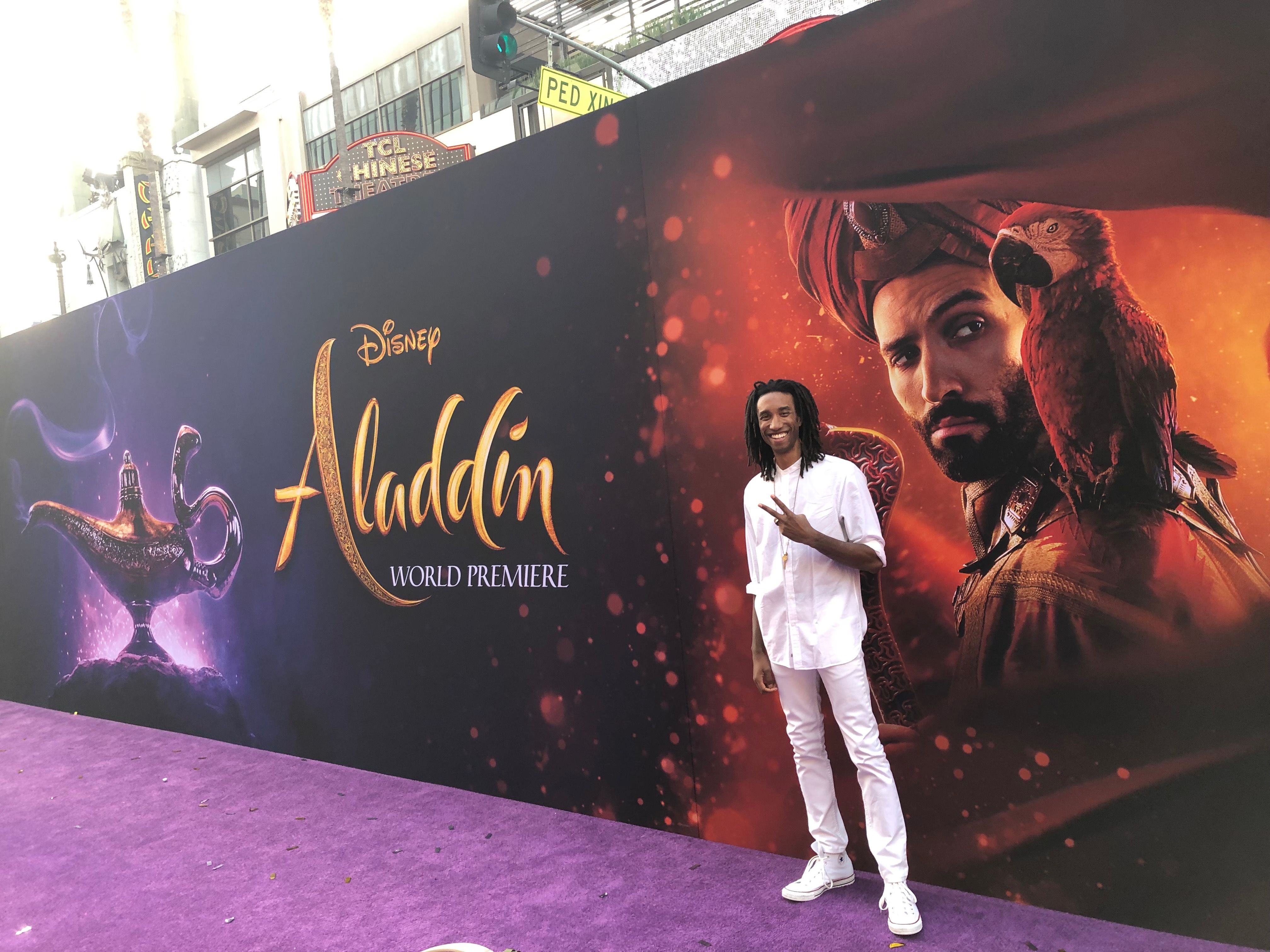