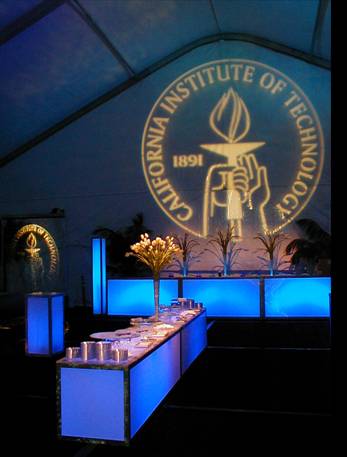 Today we’d like to introduce you to Randy Fuhrman.

Randy Fuhrman is a true entrepreneur. By the age of 17, he had already catered formal dinner parties of up to 500 guests. Less than 12 months after he threw his first party, Randy landed his first corporate client- A & M Records.

While in the process of launching his events business, Randy studied at the Los Angeles Trade Technology College. It was there while serving on the Catering Advisory Board and exploring his passion for creativity, Randy discovered his true talent in color design and the arts.

He started his business with the intention of building more than a typical catering company. With the vision of becoming what he likes to call, an “events producer,” he invented a company that brings more than just food to the table. Together with his team, they create a total experience for their clients with their incredible attention to detail. Randy and his team brings an ambiance to a space by designing a total feeling from centerpieces and floral arrangements, design, decor, entertainment and presenting food in the form of art. RFE is a one stop shop making it easy for the client to enjoy themselves.

He is constantly developing his own recipes, including those for his world famous brownies. His favorite? The Raspberry and White Chocolate Brownie. They are available on his website for pick-up, delivery or shipping

Randy’s bold personality, unique cooking style, and his brilliant artistic abilities brought him to where he is today. In addition to being an accomplished mixologist for Playboy Magazine and serving as a spokesperson for Southern Comfort for five years, Randy has appeared on many national and local television programs to demonstrate his award-winning recipes.

He has appeared on shows such as “Extra,” “ABC Evening News,” and “Good Morning America,” as well as in magazines and newspapers such as McCall’s, Good Housekeeping, USA Today, and the Los Angeles Times. Not only has he been highly appraised for his talent in cooking and the arts, but also for donating much of his time to teaching students at UCLA.

Randy Fuhrman Events has won numerous industry recognition’s, including three awards for Outstanding Events by Special Events Magazine. He was also acknowledged when his brownies were voted in the Top 10 in LA Magazine and The Beverly Hills Golden Palm Award for Innovative Business

He continues to approach each and every client and event as if it were his first, with the dedication and energy that has contributed to his many long-standing client relationships. Having a great team to execute his vision for the client.

Randy has just finished the 1st chapter of his cookbook called “A Taste For Entertaining” which is available on Amazon and has returned to the kitchen to create new recipes for the second chapter, Soups, Salads & Dressings.

Proudest moment:
I would throw a party for my clients and friends every year around Thanksgiving for a couple of thousand guests and it would be a themed costume event and would have the guest brings toys . We did Babes In Toyland, Emrold City and Alice In Wonderland, At the end of the event I would have collected over 3,000 toys for underprivileged children, Then I would dress up as Santa Claus and my friends would dress up as elf’s and go to 4 different charities and create a holiday party for each with my homemade cookies and milk and hand out the toys.

What makes you different?
We think ahead of the curve not wanting to create a cookie cutter approach. RFE really takes the time to look at the needs of the event and work with the client on achieving the feeling or vision that was discussed. We do not look at what is the hippest thing but what really supports the feeling of what the CLIENT WANTS and then run with it. This way our client does not have to worry about a thing and they can be an honored guest at their own event. We offer imaginative possibilities where others see only obstacles.

So, what’s next? Any big plans?
At RFE we a branching out and going after more private and corporate business

I am  very excited about writing my first cookbook and working on opening a Brownie and Dessert store. So stay tuned and see what “We Create So You Can Celebrate”