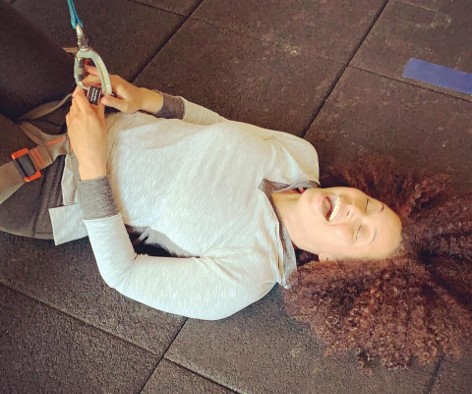 Today we’d like to introduce you to Ramona Wright.

Ramona Wright is a serial entrepreneur. She has more than 15 years of experience in strategic communication and she was early pioneer teaching social media marketing and public relations at her alma mater Loyola Marymount University from 2007 – 2011. Ramona is currently the co-founder and CEO of WeUp (weuptheworld.com), a social enterprise and goal achievement app that rewards you to stick to your goal and solve social problems. She’s worked in the corporate, non-profit and tech sectors around the world and she’s the fund manager for an apprenticeship program providing underrepresented youth access to STEAM careers.

Ramona’s philanthropic work includes co-founding the annual MojaMoja Music Awards, an annual charity brunch & concert in its 10th year benefiting the MojaMoja Innovation Fund at Liberty Hill Foundation. Previously, she has served on boards and councils for the Media & Policy Center, Levitt Pavilion, the National Congress of Black Women (NCBW) and she was nominated for the Los Angeles Business Journal’s Women Making A Difference Award.

Currently, Ramona empowers others as the creator and host of The Chair podcast on iTunes & Google Play. Many can relate to her because she was bullied as a kid, moved through unexpected professional changes, and has overcome personal challenges and hardships including homelessness and dysfunctional relationships.

Ramona lives in South Los Angeles but considers herself a global citizen. She is the proud daughter of an enterprising single Mother and the first in her family to earn a college degree. Ramona holds an undergraduate degree in Film Production from Loyola Marymount University’s School of Film & Television, and she is a Certified Integrative Wellness & Life Coach.

We’re always bombarded by how great it is to pursue your passion, etc. – but we’ve spoken with enough people to know that it’s not always easy. Overall, would you say things have been easy for you?
I have overcome great adversities, including financial hardships experienced growing up in a single parent household on less than $14,000 a year, and as an entrepreneur. My Mom passed in 2012, and some longtime business and personal relationships ended that year too. I felt really alone and suffered from anxiety and grief. Thankfully I credit my faith in God, therapy and a supportive community of friends and family who have helped me along the way.

We’d love to hear more about your business.
WeUp is an app that rewards users to stick to goals and solve social problems. It will launch later in 2019. Currently, I am the CEO and co-founder of WeUp, along with my brother Voltaire Xodus.

I like to say that “What I Do” is everything that is in my heart and I go after what I want in life. A recent example of this is me jumping off of a climbing wall.

I’m a serial entrepreneur and a seasoned strategic communication expert with more than 15 years of international experience.

I am most proud of a TEDx Talk that I gave about WeUp in Amsterdam, the Netherlands. Along with our global #WeUpWomen marketing tour that was sponsored by WeWork, Flatiron School, Upworthy.com, Brookfield, Convene and Kutula by Africana last year

We honored women in business, philanthropy, technology, and caregiving with the Adelaide Smith Award, named in honor of our late mother. The WeUp tour took place in Los Angeles, New York, London, Amsterdam, and Washington, D.C.

What set’s WeUp apart from similar apps is that we empower the “we” (a group) vs. me (an individual). We believe that WeUp will be the first social reality app that rewards you to live your best life offline in real time and real life.

What were you like growing up?
I was curious, proper but loved Hip Hop, wanted to be a detective and fashion designer, and I was in love with New Kids on the Block.

I was a peer counselor and was a part of a daily newscast in high school called Odyssey Update, think Channel One News.

Also, I grew up in a very spiritual and religious household and thought that I would become a Christian Psychologist but ironlically I got certified as an Integrative Wellness & Life Coach. 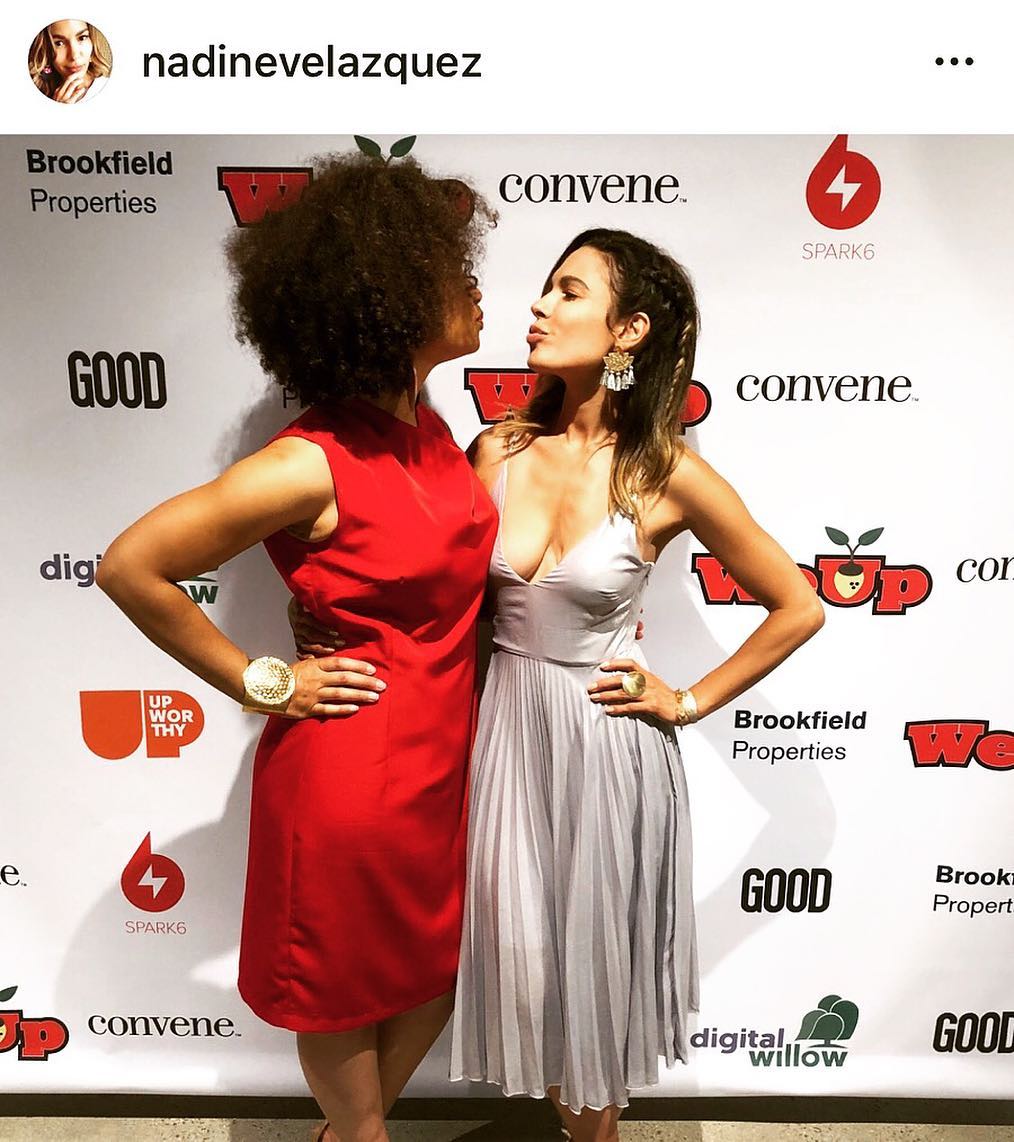 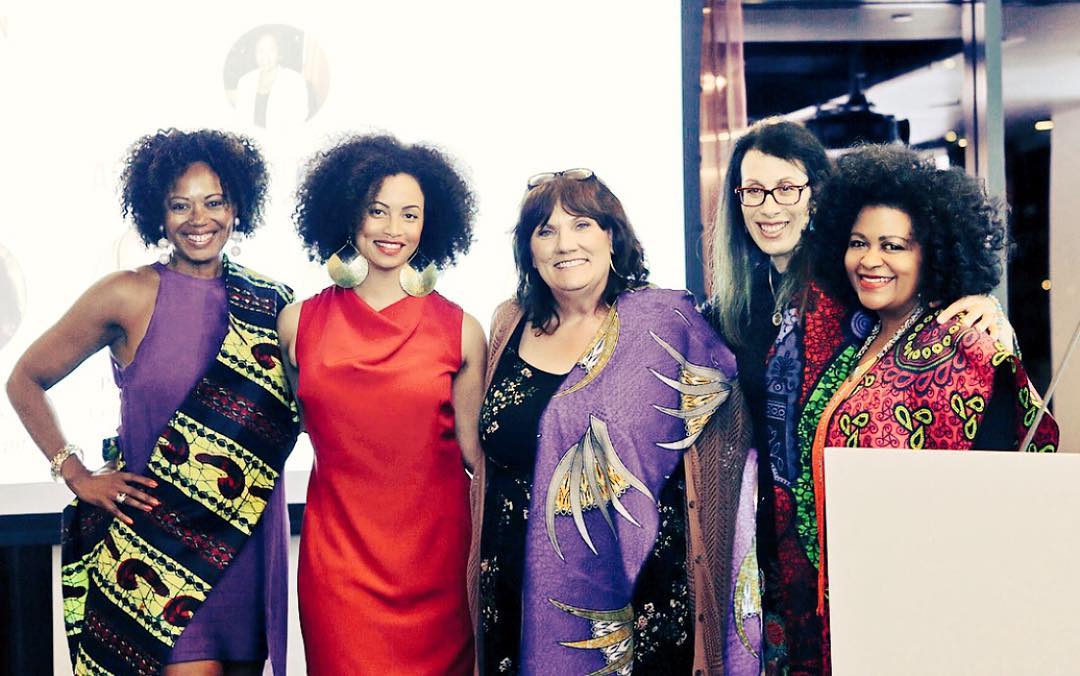 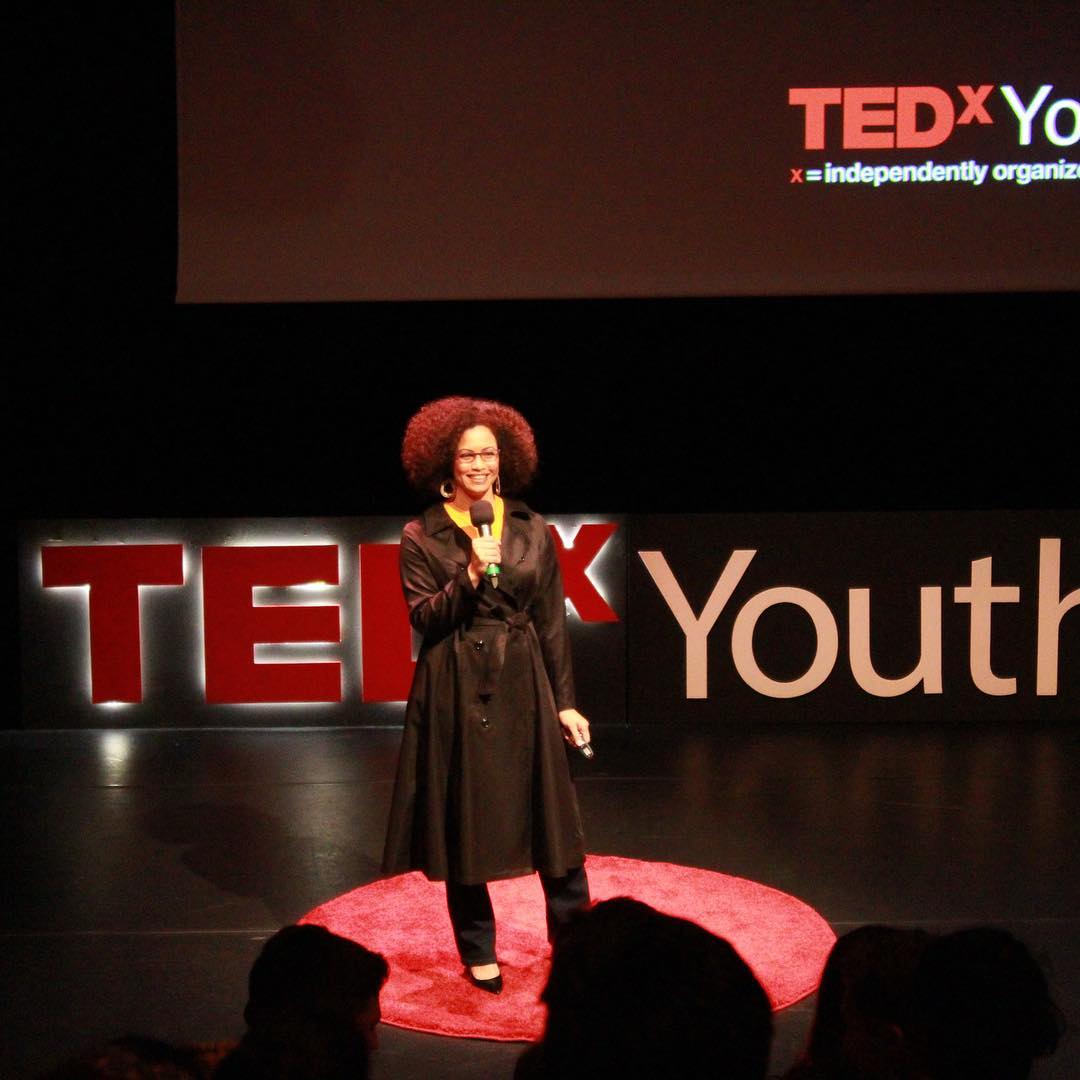 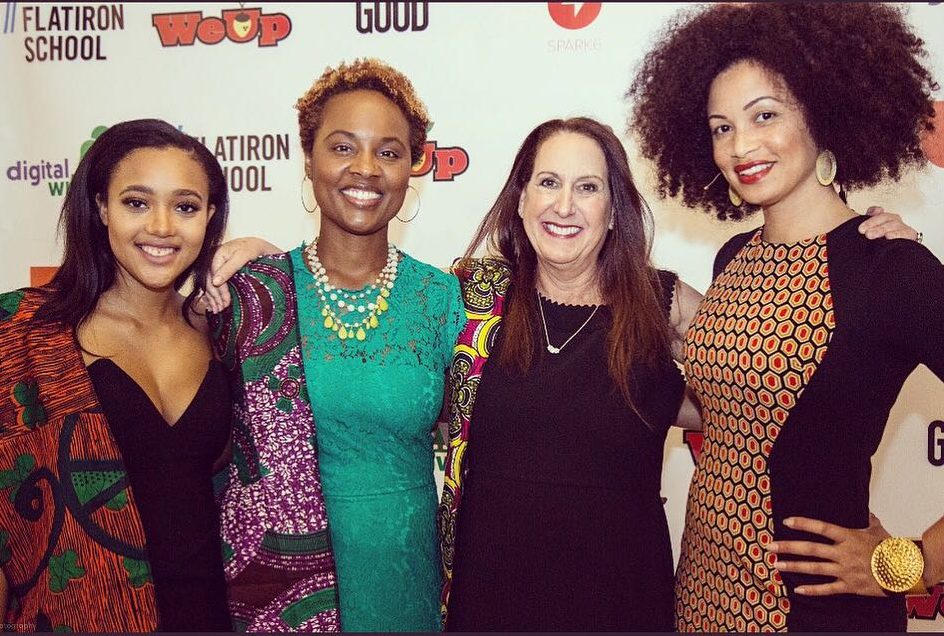 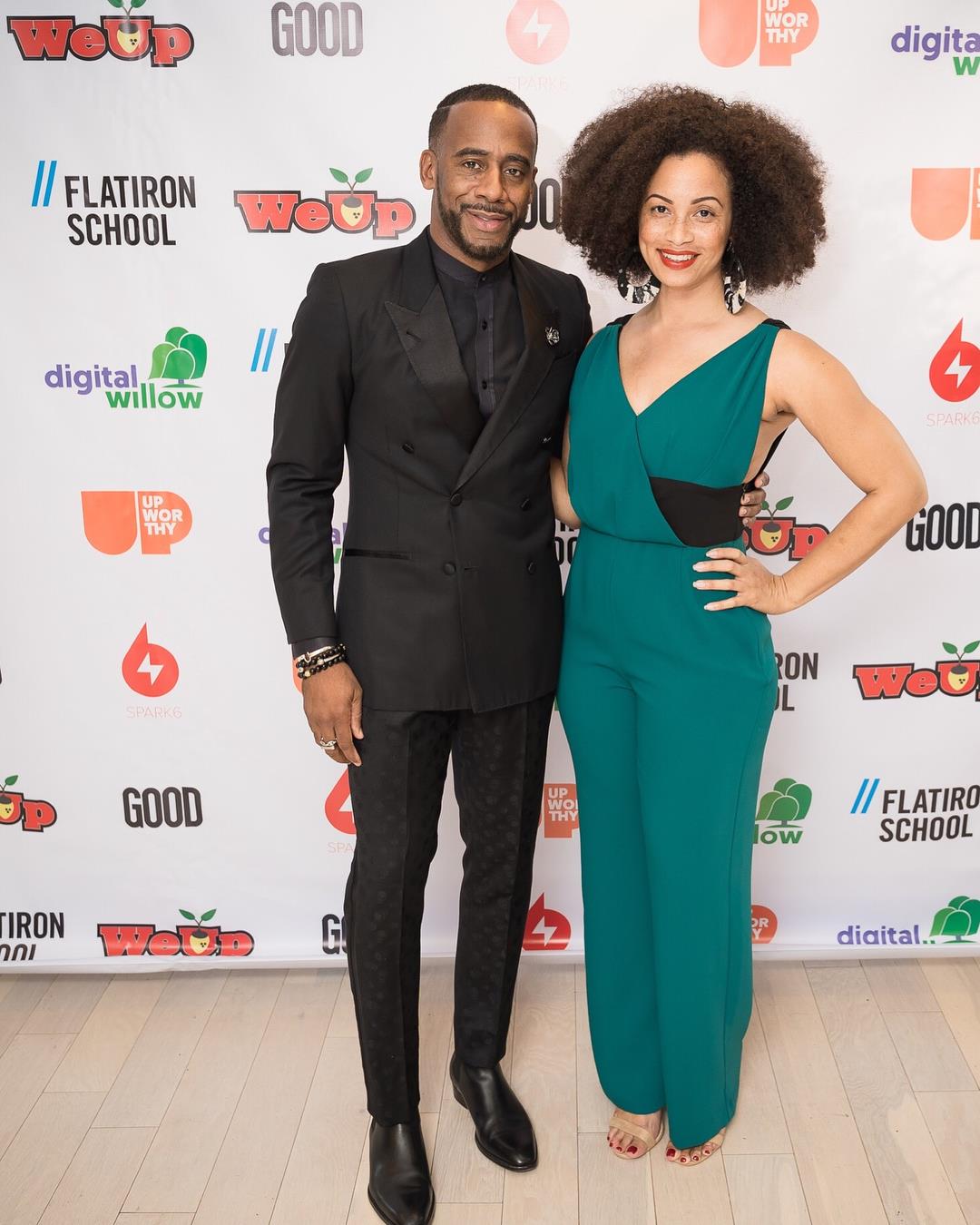 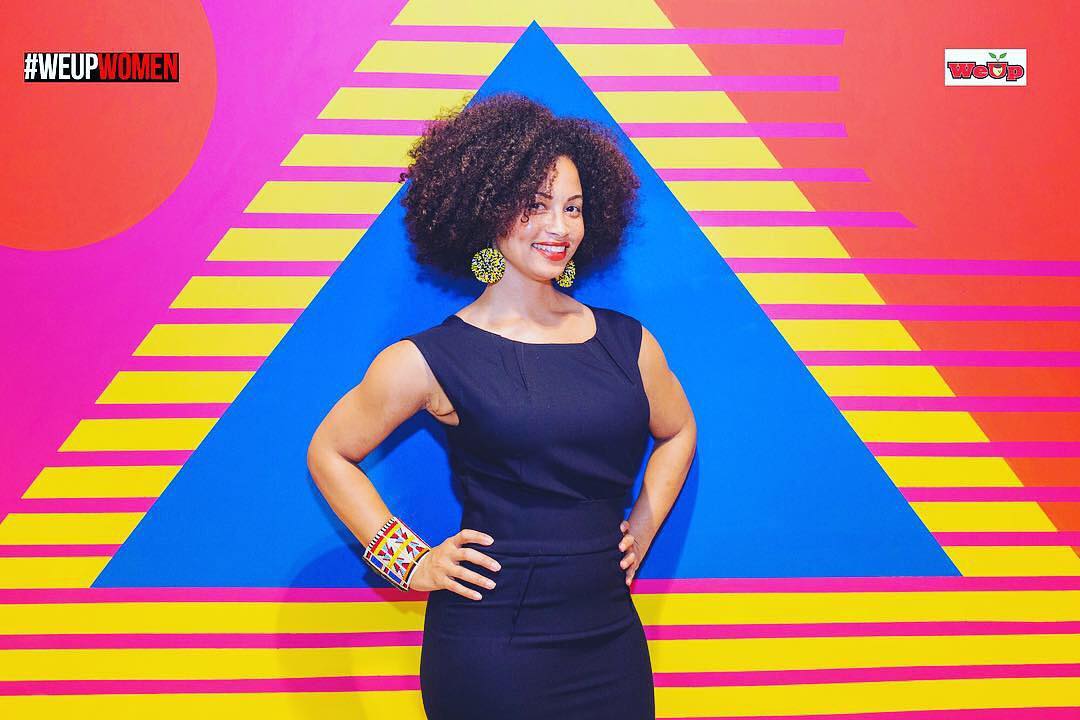