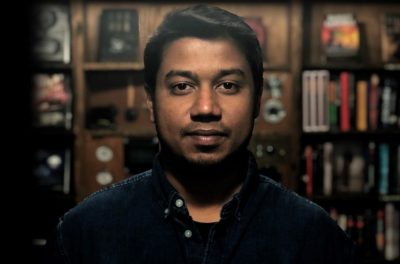 Today we’d like to introduce you to Ramesh Kumar Kannan.

Thanks for sharing your story with us Ramesh. So, let’s start at the beginning, and we can move on from there.
I was born and raised in India and I was introduced to music right from a very young age by my parents who are wonderful Indian classical musicians themselves although medical doctors, professionally. Music has always been a part of our home and our lives.

I started learning the Classical Piano from the age of four, in Salem, India and moved to Chennai at the age of 16 where I had the chance to expand my music theory and composition skills. During the time, I had started working as a composer scoring Television commercial jingles and also performed live with many A-List artists there and also started accompanying artists with my synthesizer for Radio shows.

Some of my other earlier gigs were writing music for the stage be it concert scores or music to theatrical stage plays.

I hold an associate diploma in Music from the Guildhall College of Music London and a Graduate Certificate in Film Scoring from the University of Southern California. I moved to Los Angeles in 2012 and originally landed here for the program at USC. I graduated in 2013 and found opportunities to collaborate with a few independent filmmakers on challenging films, which I grabbed. This helped me make a decision to stay in Los Angeles and start a career here.

I’ve been composing music mainly for film and documentaries since, and I have also been a part of the music department of many composers working on films, television, and video games. (Romans, Minions, Killing Season, Mad Max Fury Road, are some films I have worked on).

My passion for writing music for the stage still continues, and I have had the chance of working with artists such as Tina Guo and Caroline Campbell, arranging music for some of their concerts and record albums.

Tell us about some of your recent projects.
Last year I scored a few independent films out of which three were particularly well recognized.“Diwa” directed by Bru Muller and Aina Dumlao was one of the films shortlisted for the “Best Short Film” category at the Academy awards – 2019. “Lalo’s House” directed by Kelley Kali won the “Best film award” at the student academy awards in 2018. And “Dissonance” directed by Toby Kearton earned me a nomination for “Best Original Score” at the “Hollywood Music in Media Awards – 2018” among a few other awards.

What’s next in line for you?
I am happy to see that I have now reached a place where I am being pitched feature films and documentaries. It started with my first feature documentary called “Sparsh Leprosy Mission” which I had scored last year. I am now signing deals on two feature films and a TV show, which I will be able to share in public, soon.

We’re always bombarded by how great it is to pursue your passion, etc. – but we’ve spoken with enough people to know that it’s not always easy. Overall, would you say things have been easy for you?
Being a Film Composer certainly has its challenges. Every film is different as its story, writer, and crew and is a journey of its own. Most of the challenge lies in understanding where the story comes from and how the director would like it presented to the audience. And how it can be sonically represented/complemented with music. Sometimes you have to go ahead and suggest a parallel story to what is happening on screen. Sometimes you have to play the subtext, sometimes the overall emotion of the scene or a number of scenes. Sometimes just complement what is happening on screen at the very moment. And this is just the conception part. There are several steps that lie between the conception and delivery of the score.

Arrangement, finding the right sounds, orchestrating it, sometimes getting your music on sheets so the musicians can play it, working with musicians making sure they bring your score to it’s best possible form, recording it, producing it and so on. And all this within the time given by the production and working within their budget.

Sometimes, a film demands the sound of a large orchestra while the production cannot afford a real orchestra. (Dissonance is a good example of that). Sometimes you work on a film that has a cultural element or happens in a particular part of the world where you’ve never been to. (Lalo’s House and Life of Janka are good examples). But it’s all these challenges that make you want to do this more and more. That’s where the fun really is.

Has luck played a meaningful role in your life and business? I believe in Seneca’s quote on luck as he said, I quote “Luck is what happens when preparation meets opportunity.” And when something goes north or south, I am reminded of this quote and either enjoy the temporary reward or work on my preparation, accordingly. 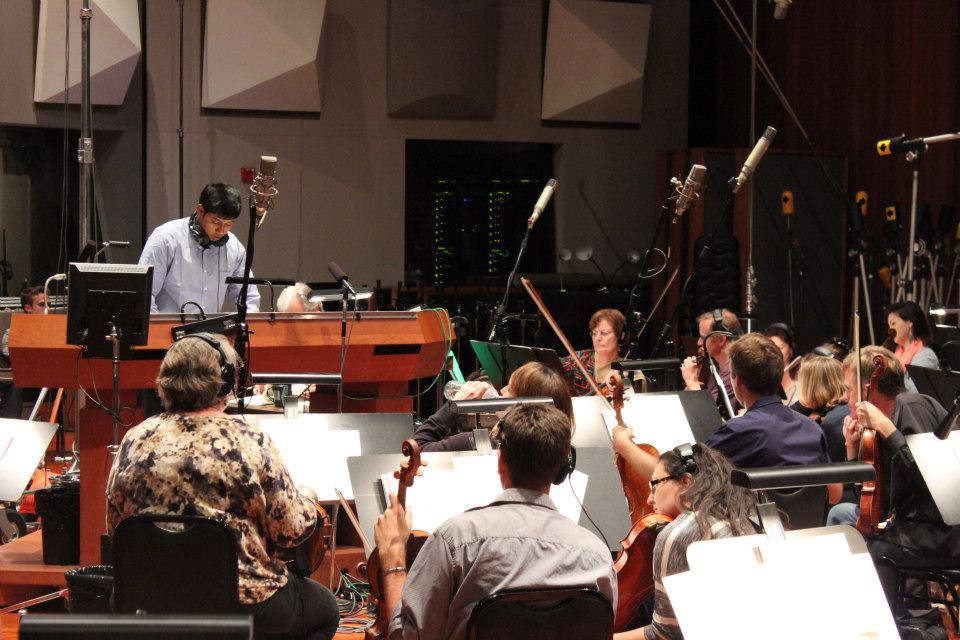 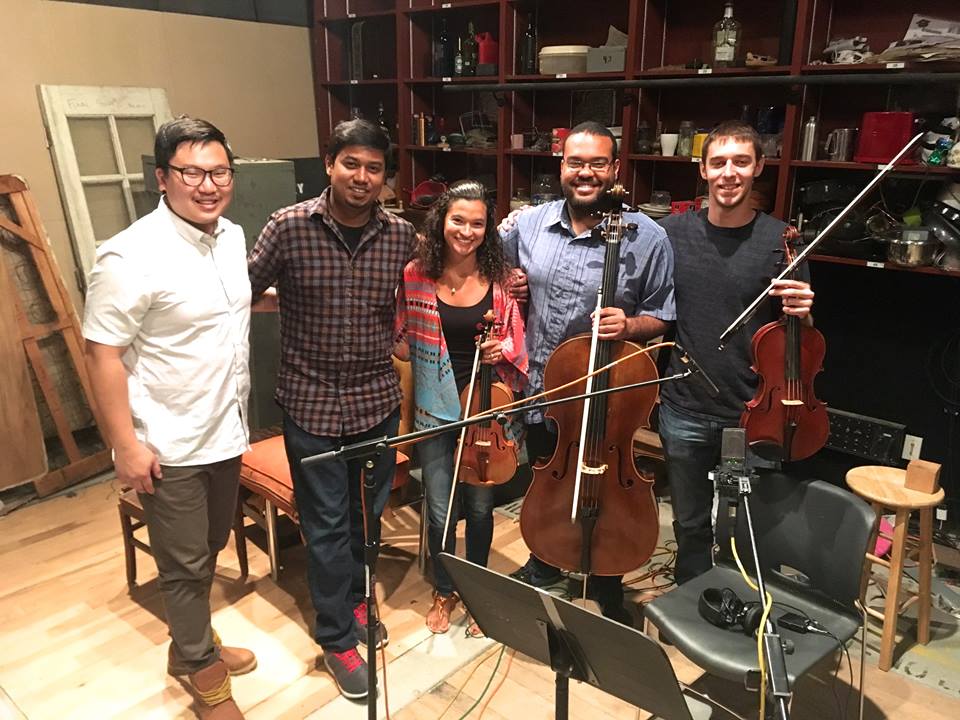 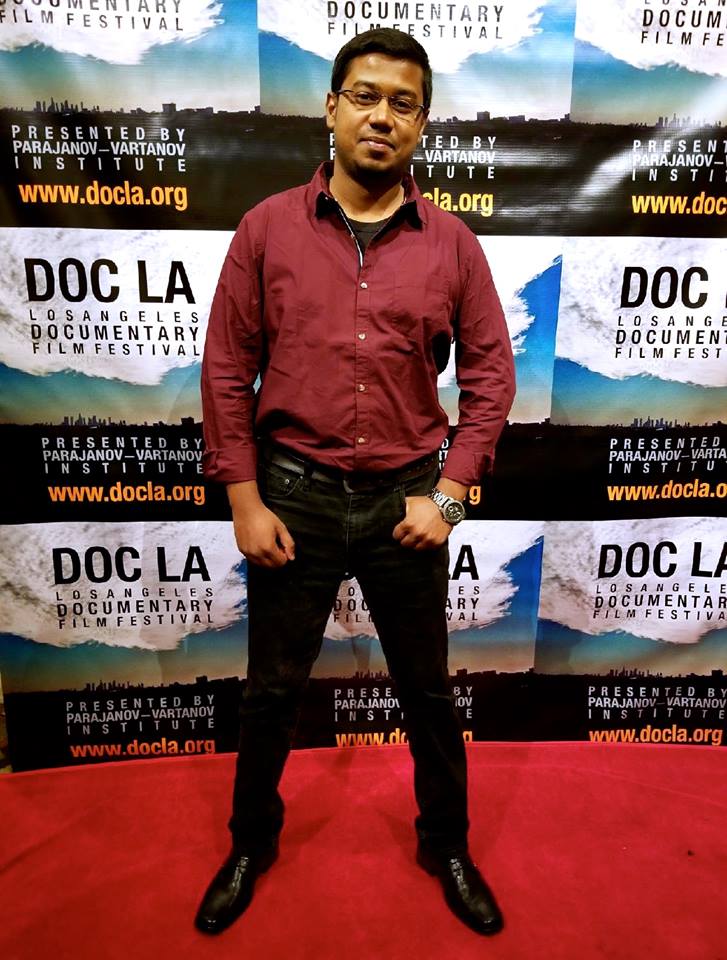